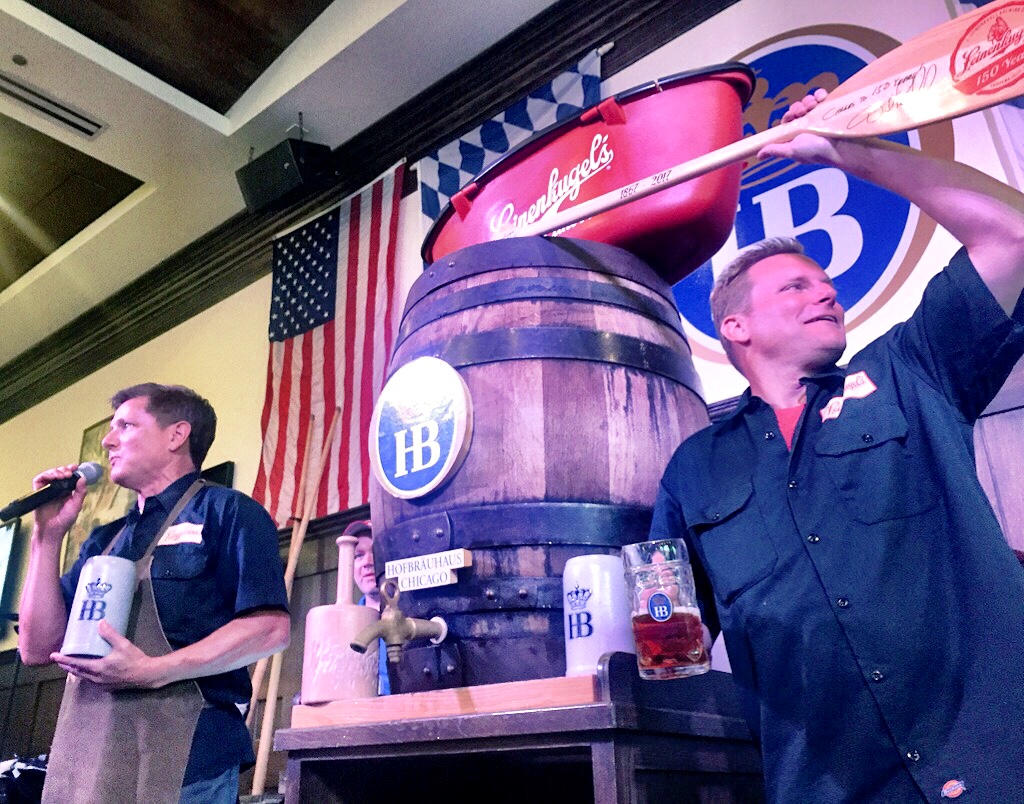 Raise your hand if you knew The Jacob Leinenkugel Brewing Company was 150 years old! Recently brothers Dick and John landed at Hofbräuhaus Chicago in Rosemont to celebrate Anniversary Lager, their Märzen-style amber collaboration with this Munich institution.

It’s not everyday you get to chop it up with the fifth generation of a brewing family. Leinenkugel is the 7th oldest, continuously operated brewery in the country. MillerCoors has been the parent company for the last 30yrs.

It was the second generation of the family that kept the brewery alive after Prohibition. “There are few, if any craft brewers today that experienced what we went through in 1919 with the government basically coming in to shut us down. “ Dick Leinie tells us. “From 1919 -1933 we sold soda pop, ginger ale and malt tonic.”

Of course the beer that led them to all 50 states is the unstoppable Summer Shandy. 10 years after the initial launch it has become the number one selling seasonal beer offering in the country.

Dick recalls challenging his team in 2007 to come up with a new summer seasonal after the decision was made to move Berry Weiss to year round production.

“We began running trials mixing beer and lemonade.” Dick recalls. “Initially none of them tasted very beer-y. It all tasted like soda pop or fruit juice. So we decided to make a beer and add natural lemonade flavor.”

“We loved the alliteration and that’s how we got the name. Nowadays 9 out of 10 shandys consumed in the U.S are a Leinenkugel beer.”

The Anniversary Lager with Hofbräu is their first major collaboration project. In the past Leinenkugel partnered with Lakefront Brewing in Milwaukee on a pair of limited Spring releases for the Wisconsin Restaurant Association…but this is a different animal. 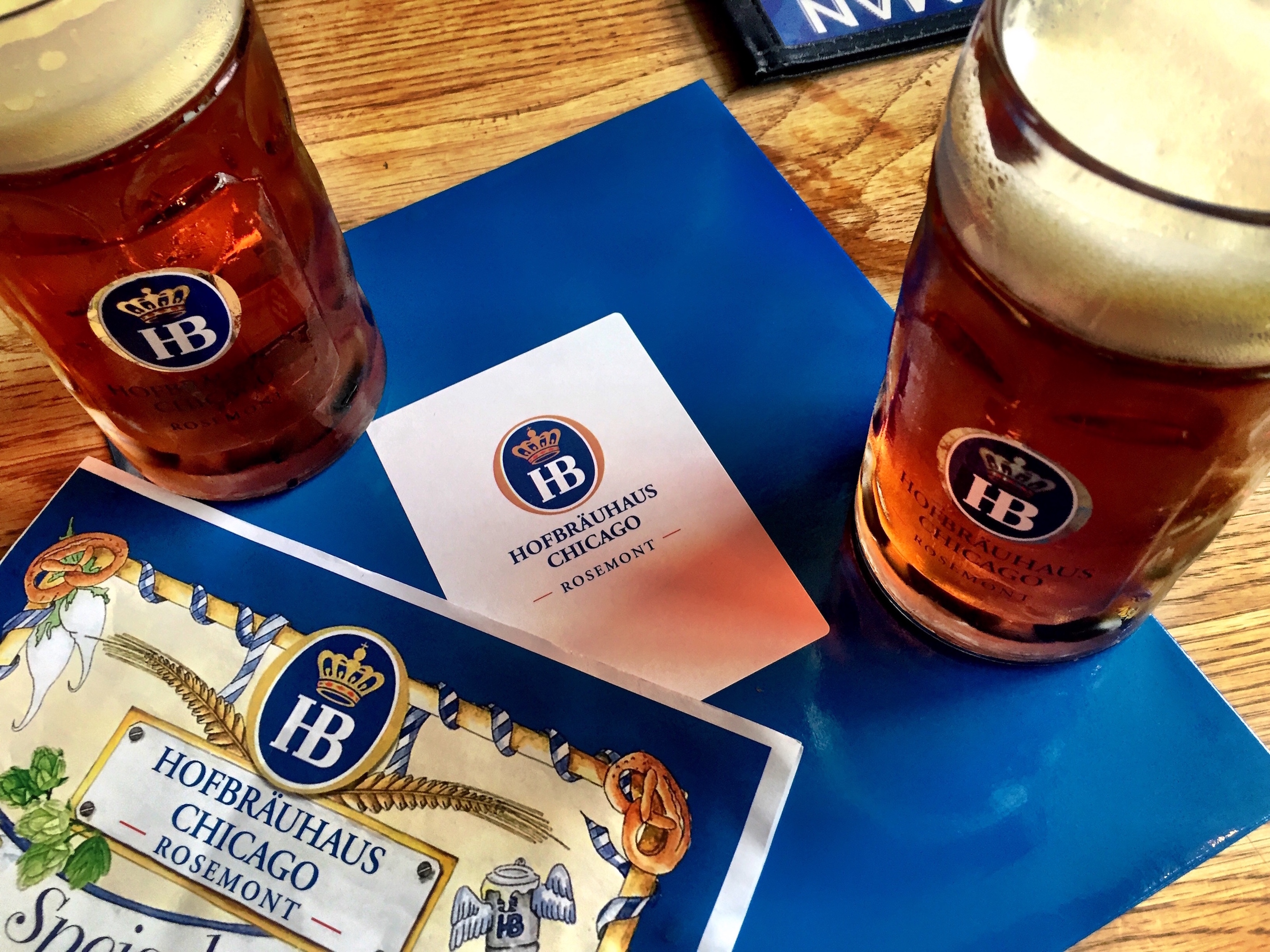 900 kegs, 4 hops, 4 malts, brewed in Munich in the spirit of Reinheitsgebot. 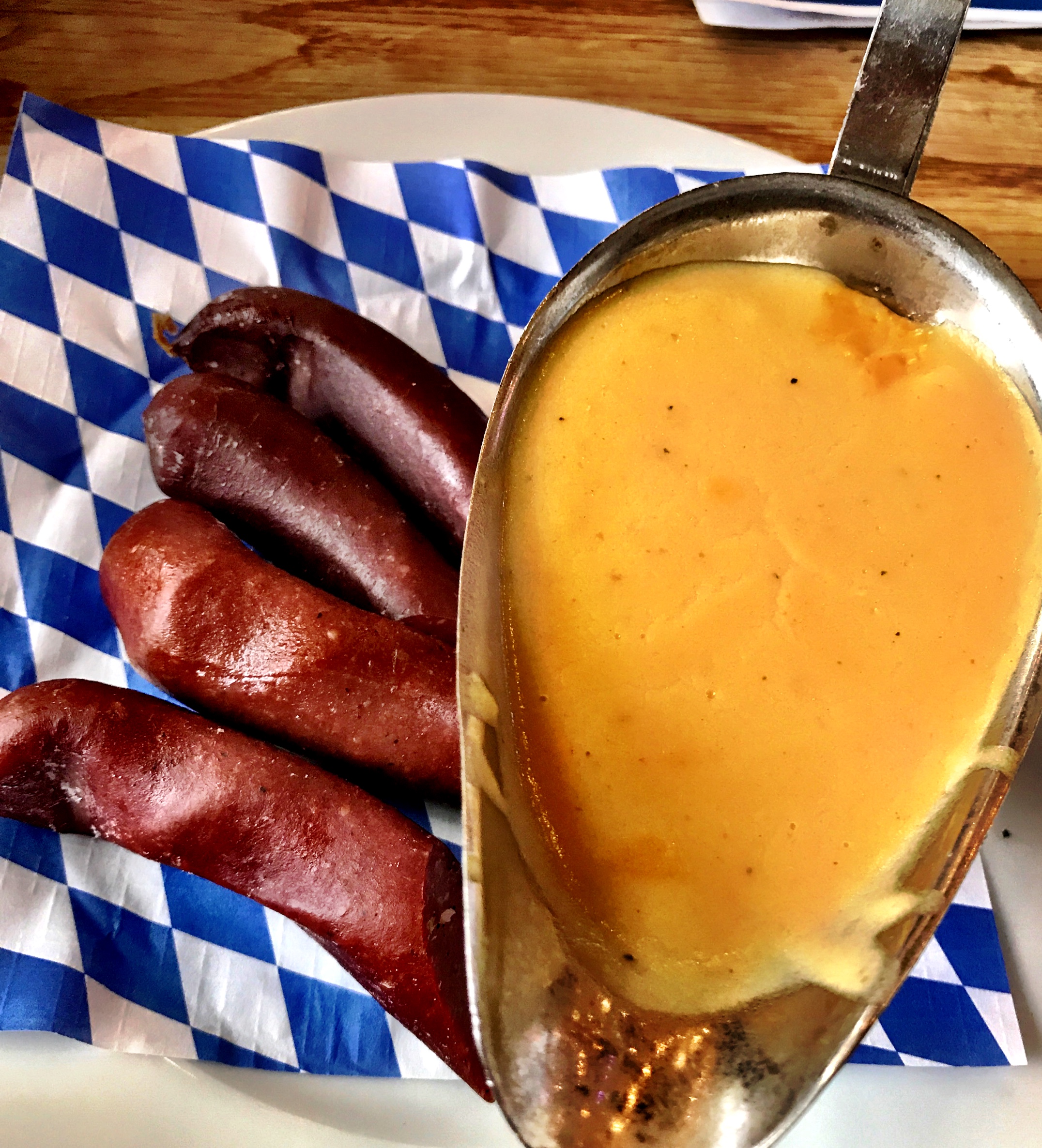 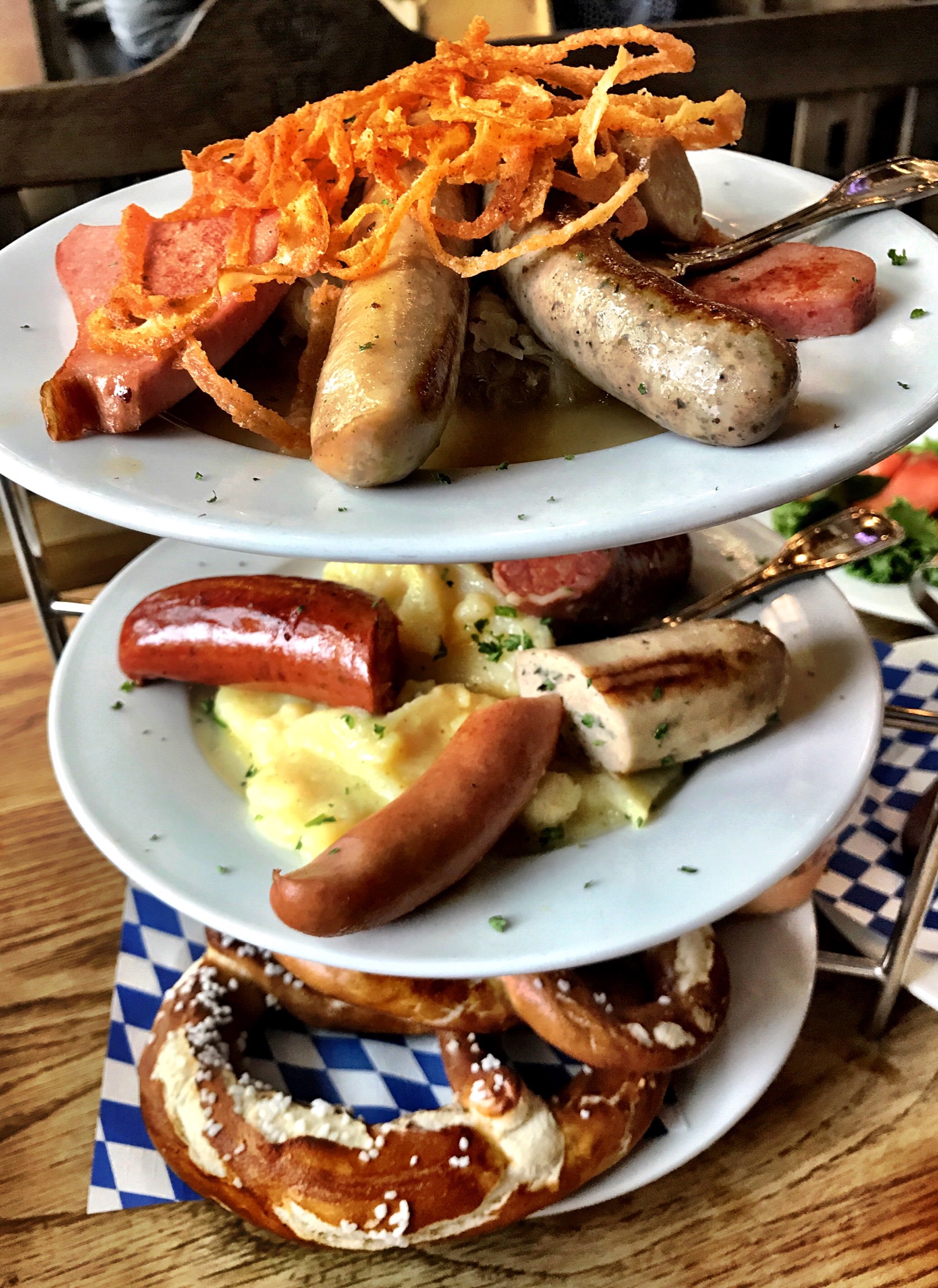 “We have Germanic roots, so for our 150th anniversary we thought wouldn’t it be cool if we could brew a beer back in Germany? “ says Dick.

The team brewed 900 kegs of Anniversary Lager in Munch with Hofbräu. All bottles will be produced here in the states.

We pulled Dick’s brother, John Leinenkugel over for a min to talk about the days before Shandy took off and what the flagship brands were for the brewery back then.

“There were three wheat based beers that we still brew today. Honey Weiss, Kristalweizen (a filtered wheat beer) and Sunset Wheat which is sorta like a Blue Moon on steroids, my brother Dick developed it in 2006. That one is a cloudy wheat spiced with coriander and a hint of blueberry. The kids called it “Leinie’s Fruity Pebbles” John recalls.

The brothers both agree that Anniversary Lager is a chance to connect in a different way with drinkers. “Shandy put our name on the map nationwide and will let us introduce some of our other beers.” Dick explains.

John agrees, “What’s been fun for us with this Hofbräu partnership is people have come up to us and go ‘I’m not a fan of your Shandy, but this is awesome!!’”

The Leinenkugel 150th Anniversary Lager is an amber combining 550 years of experience and brewed in the spirit of Reinheitsgebot. Available until February 2018. 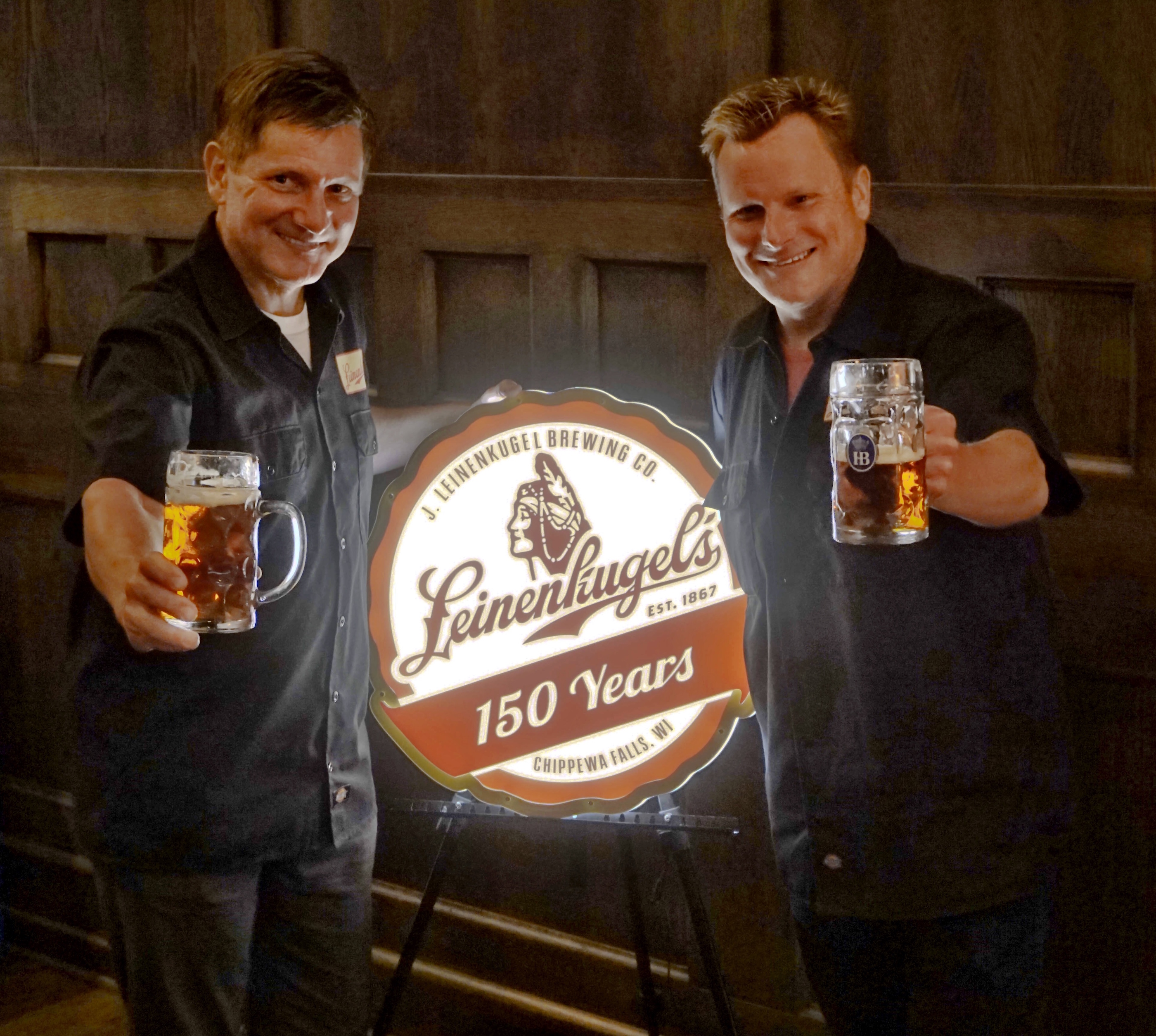 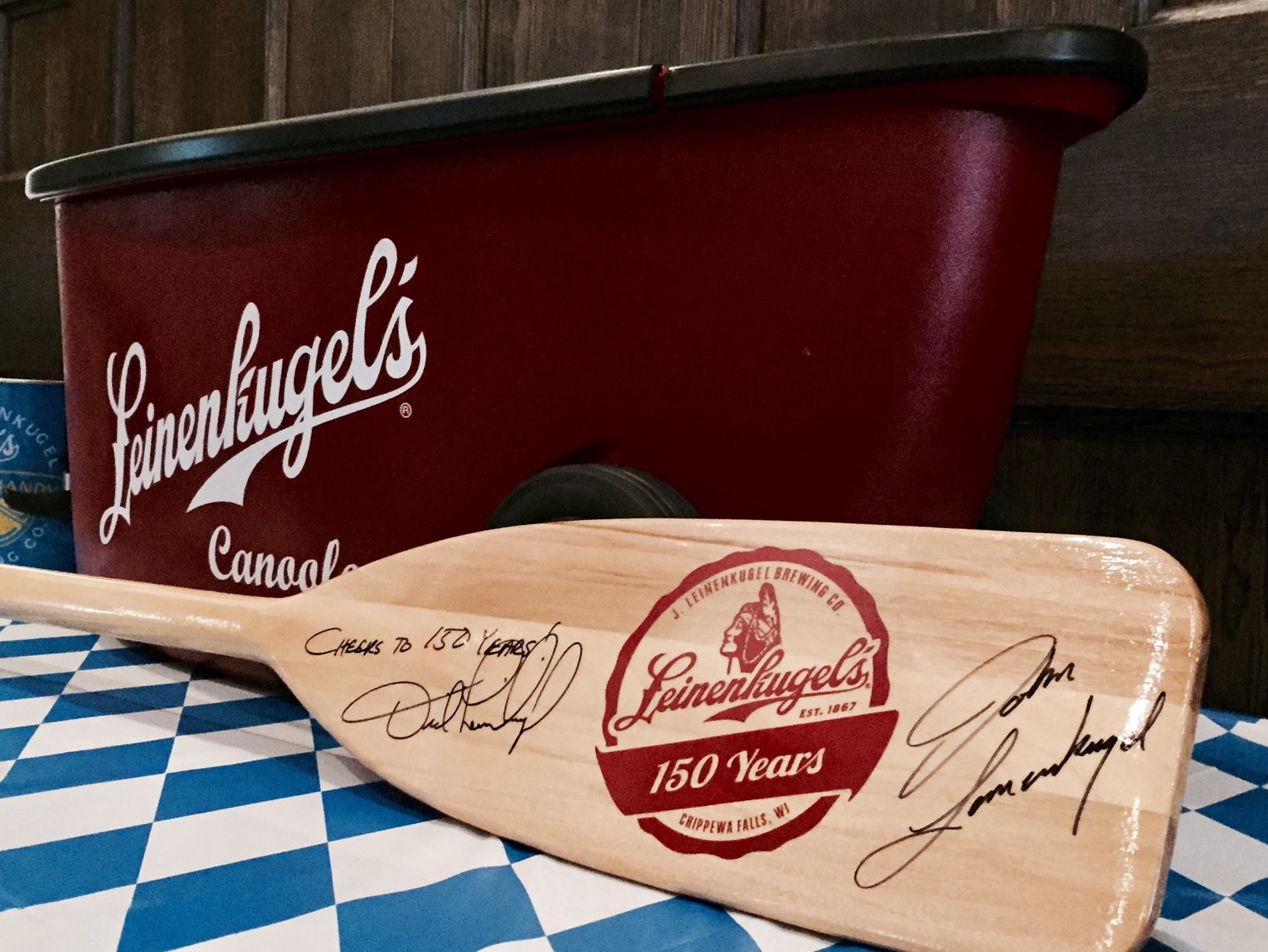 Other Notes:
-Minneapolis / St Paul is Leinenkugel largest beer market, Chicago is right behind it followed by Milwaukee. The family’s hometown of Chippewa Falls, Wisconsin is 90 miles west of the Twin Cities.

-The brewery got really close to selling 1 million cases in 2007 the year Summer Shandy debuted.

– Dick tell us this collab with Hofbräu is the first for a Leinenkugal in Germany since his Great Great, Great Grandfather relocated from Meckenheim in 1845.

– Since 2012 all the Shandys have seen national distribution.

-The Shandy Beer Program will continue to innovate year round.
Summer Grapefruit, Fall Harvest Patch and Winter Pomegranate are the current rotation.

-Dick + John are 5th generation Leinenkugals. The 6th generation already have roles in the business. The brothers are proud uncles of 1 niece and 4 nephews.