Home Around Town Chippewa Five: The Rebirth Of Beer Pong 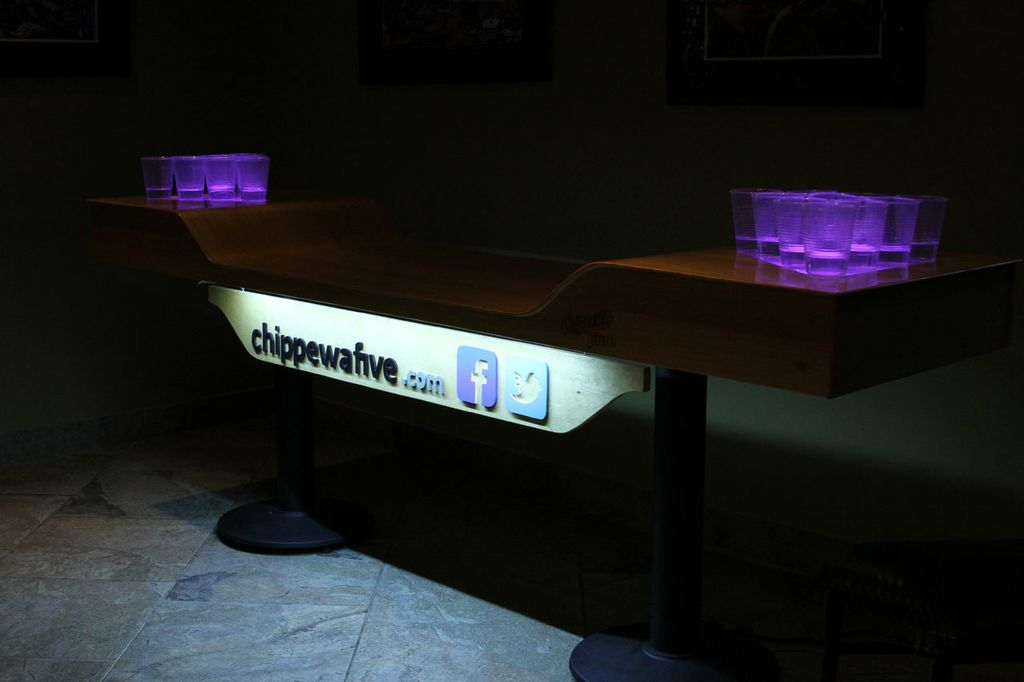 Beer Is Art. I’d like to introduce you to a pair of fellow DePaul Blue Demons, who with their latest project embody that phrase rather nicely. Joseph Mollo & Daniel Manriquez  have changed the nature of how and where beer pong is being played with Chippewa Five. Its everything we know and love about the classic game, but with a modern interpretation. Inspired by the half-pipe structure used in extreme sports like skateboarding and freestyle BMX, the Chippewa Five sports a sleek, stylistic design  making it a welcomed edition to any room.  With a new design comes new game play, the “skeet  shot” when the ball is bounced off the table is worth 2 beer cups instead of 1. Use it at your own risk as this shot can also be swatted away.

Over rounds of Bells Two Hearted Ale,  Daniel and I discussed strategy and played a few games at Pazzo’s near the DePaul Loop Campus. The backdrop surprised me a bit, when entering Pazzo’s it looks like upscale Italian dining. My 1st thought was “Exactly why would they be playing beer pong here?” Daniel explained the family owned business was hesitant to display the table in their establishment. But after being impressed with the team behind the product they decided to support these 2 recent DPU grads by showcasing their product in the lower level dining area. It helps that when its not being used, the table looks great as a decorative piece of furniture art.

Chippewa Five is a custom designed table with dining quality cast iron legs, and very cool plexiglass triangles embedded at the ends of the playing surface. The LED Lights in those triangles are very impressive. The lights detach for maintenance, the design is neat and smooth. You may be asking why the name Chippewa Five? When the guys were creating their Etsy account they were forced to pick a name. They settled on the name of the street that Lead Designer Joe Mollo lived on. I like the name, it adds a sense of allure to the project for me.

The price of the table is $799. You would be in pretty good company if  you purchased one. The team behind popular word game Words With Friends owns one. So do the East Coast Facebook Offices and, the Founder of Mozilla. You should order one now, even have them customize it for you..invite us over when you do 🙂 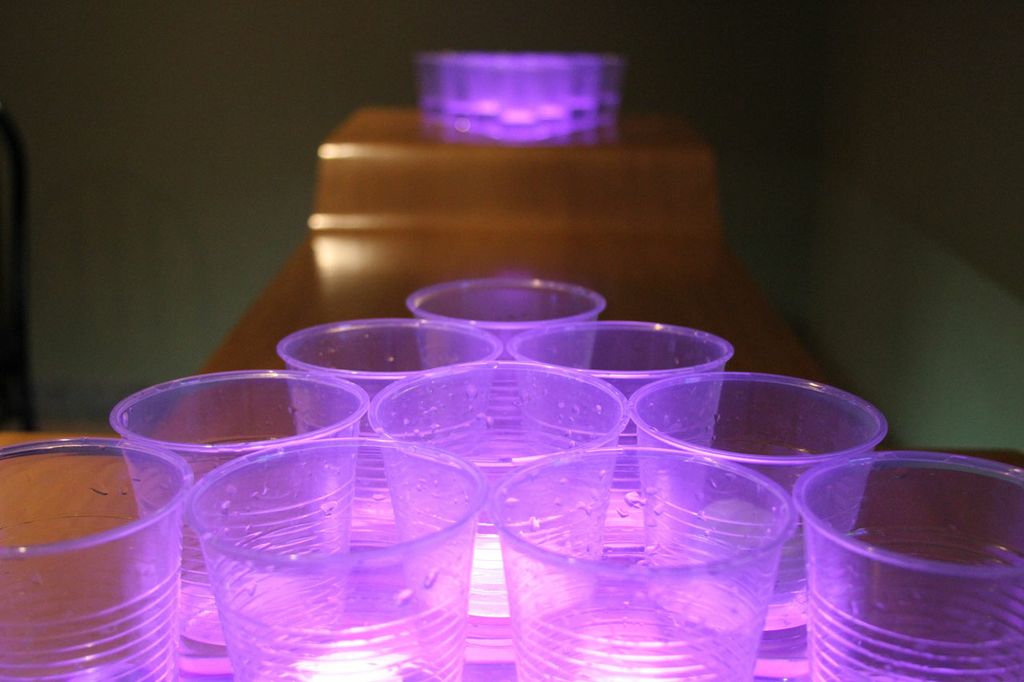 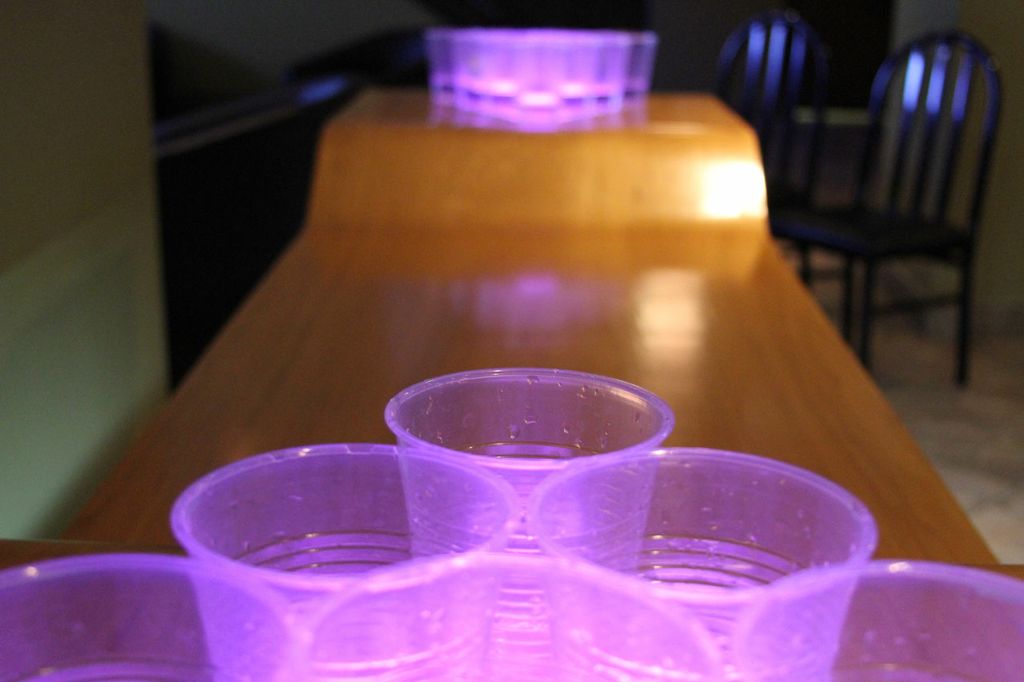 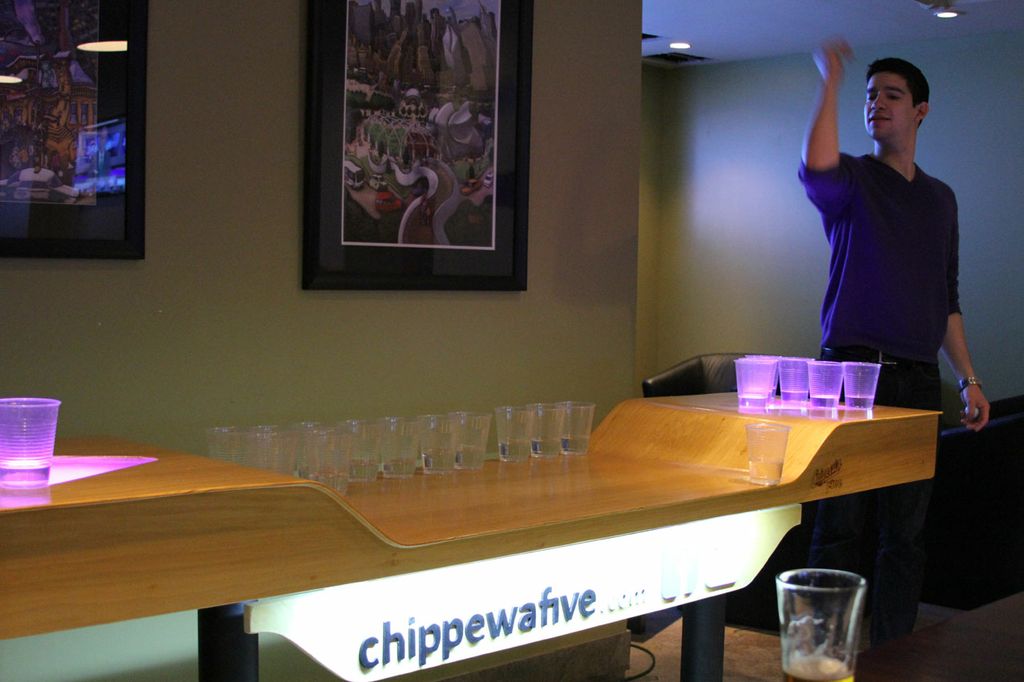 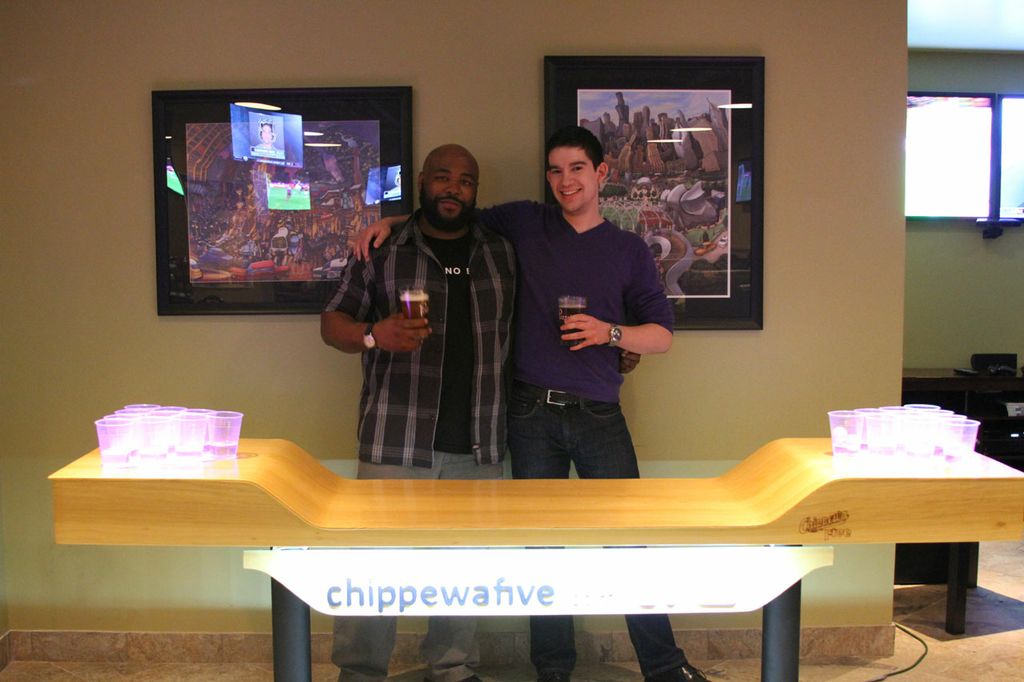