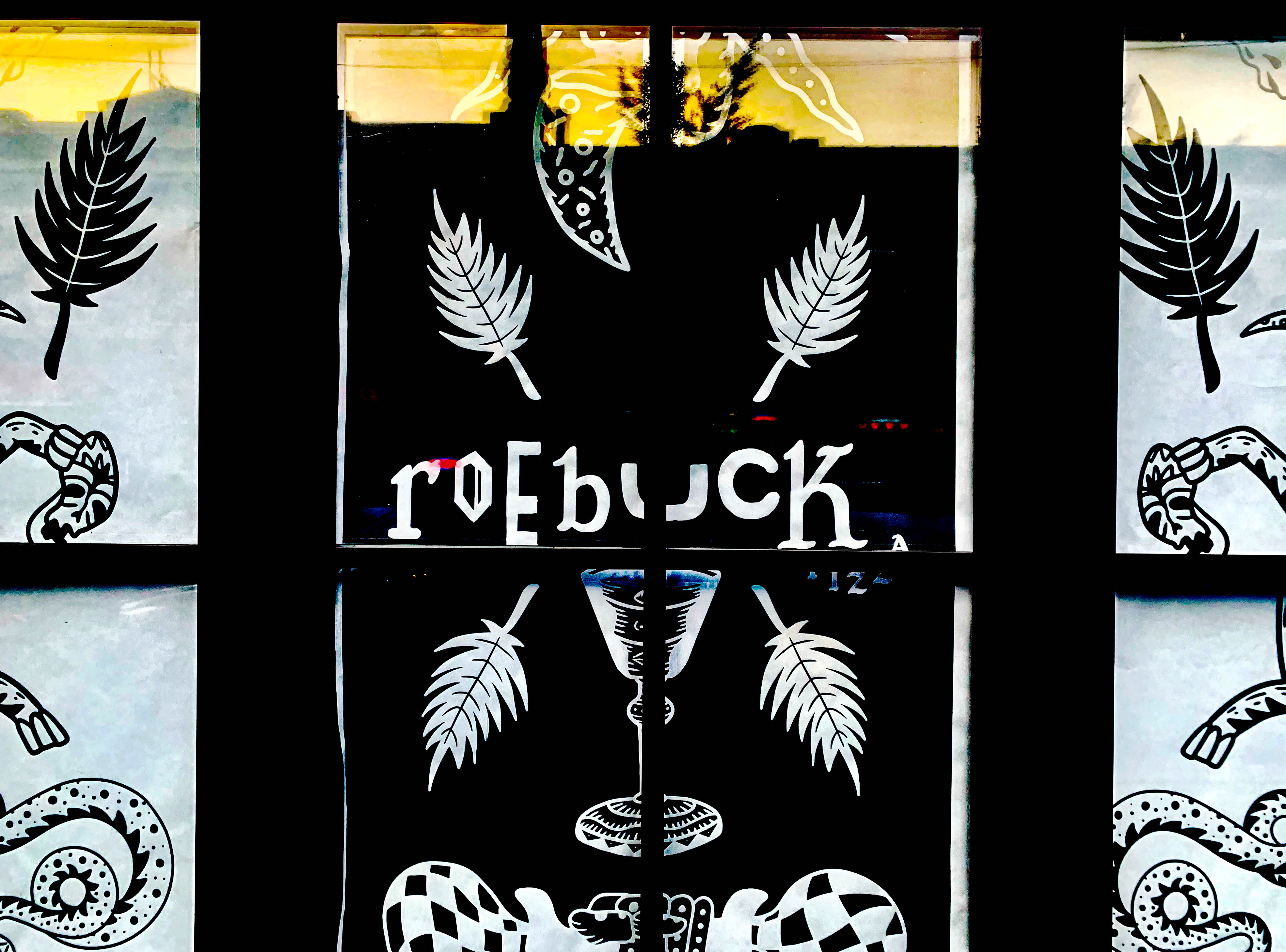 The week before the sneak peek, we discussed the brilliance of the Vegan Zombie Hoppy Lager at the Iron Brewer Competition in Oak Park. That crisp, floral delicious offering will be one of five food friendly beers served at the Roebuck launch on September 6th. A gorgeous triangle shaped copper bar sits as the centerpiece of the new location. Wood for the pizza oven and spirits hang above the rear of the bar.

We spent much of the night catching up with Brant, a Long Island, New York native who seven or so years ago made his way to the world’s greatest city via an ad in Pro Brewer. While brewing at Church Brew Works in Pittsburgh, Brant applied for two open positions – Sixpoint in Brooklyn and an upstart Chicago outfit called Dryhop. Greg called Brant back with no hesitation…and the rest is history.  As far as we can tell, this the only crew in Chicago with four completely different brewery projects in the city. 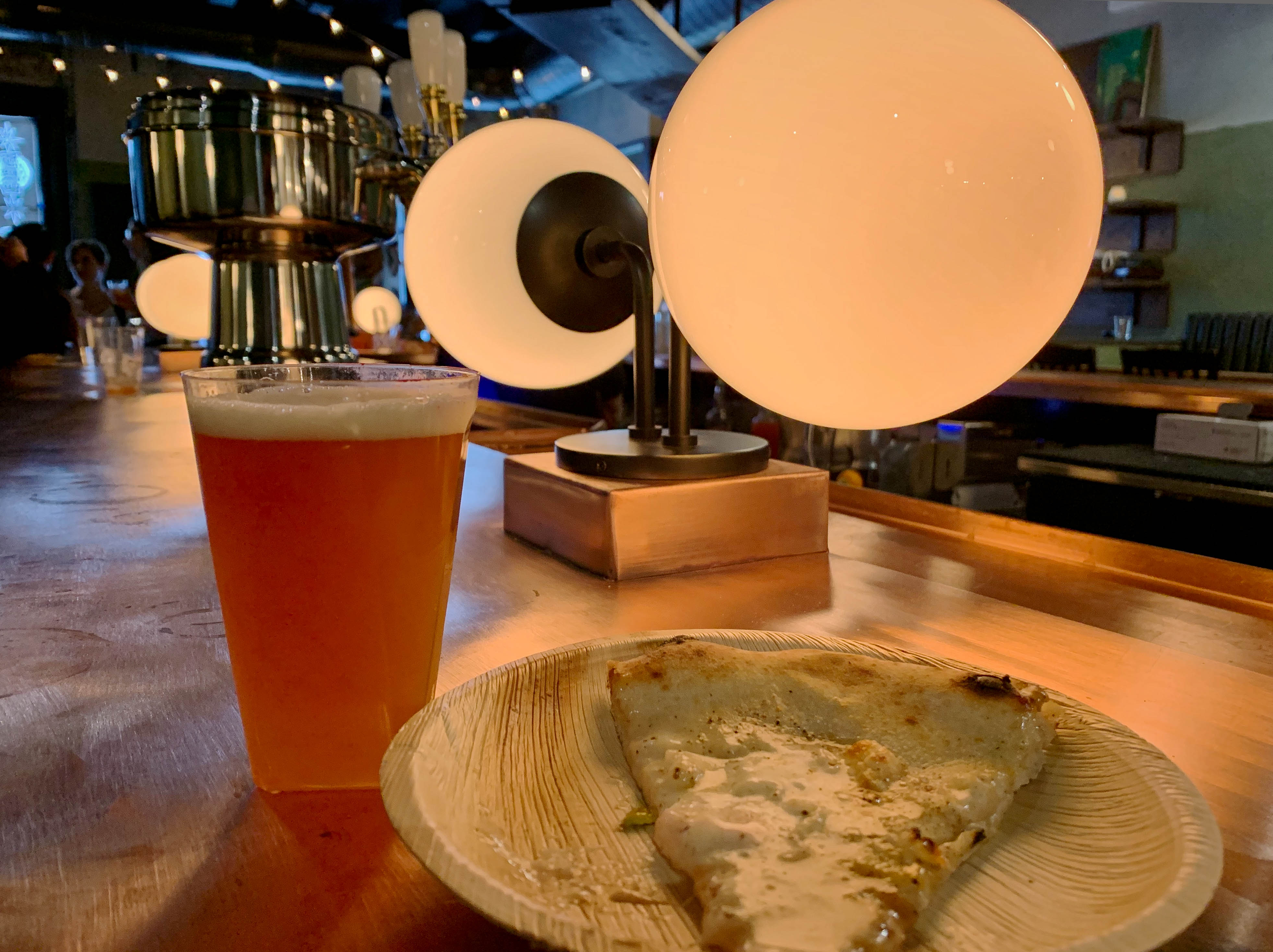 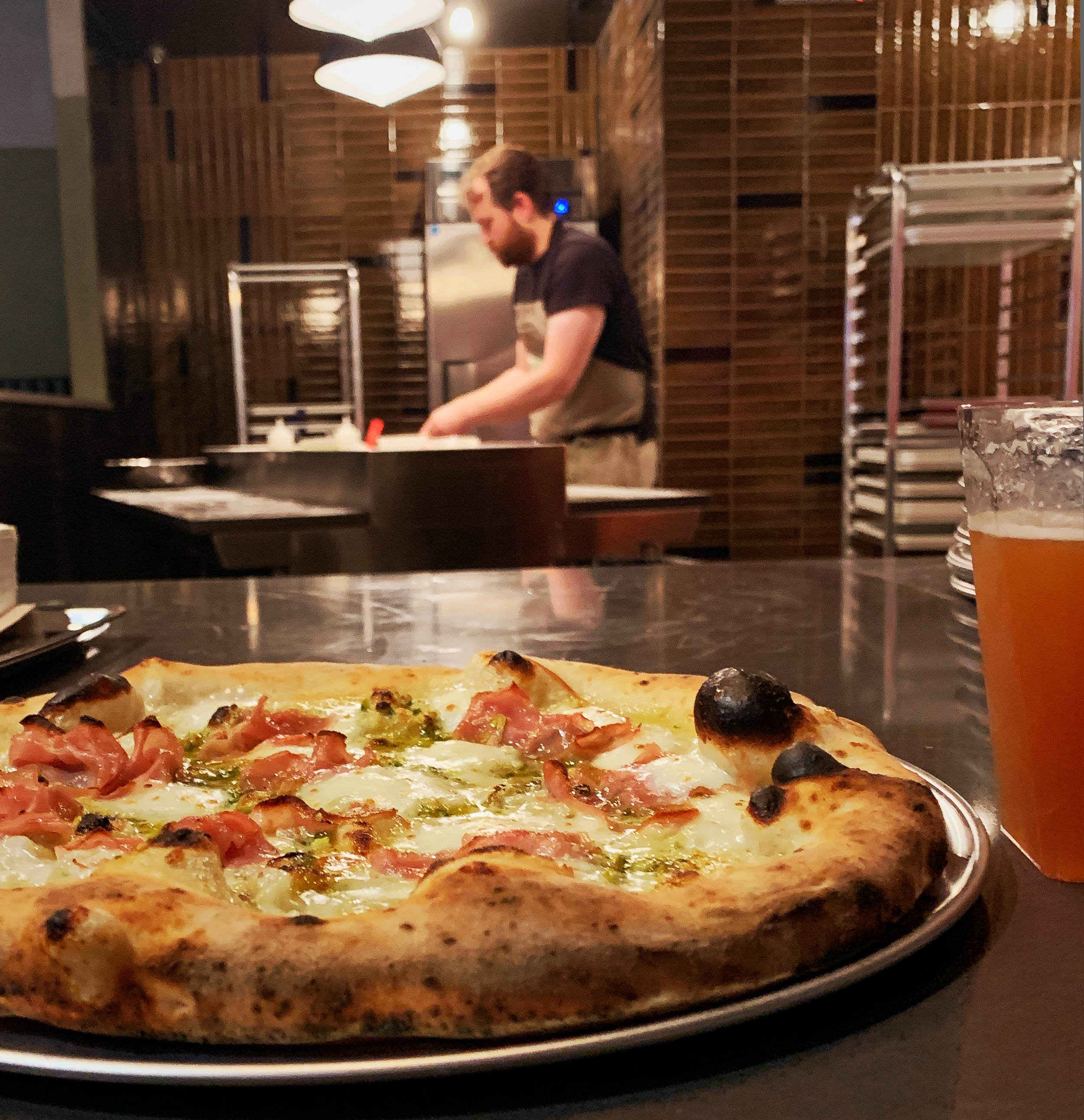 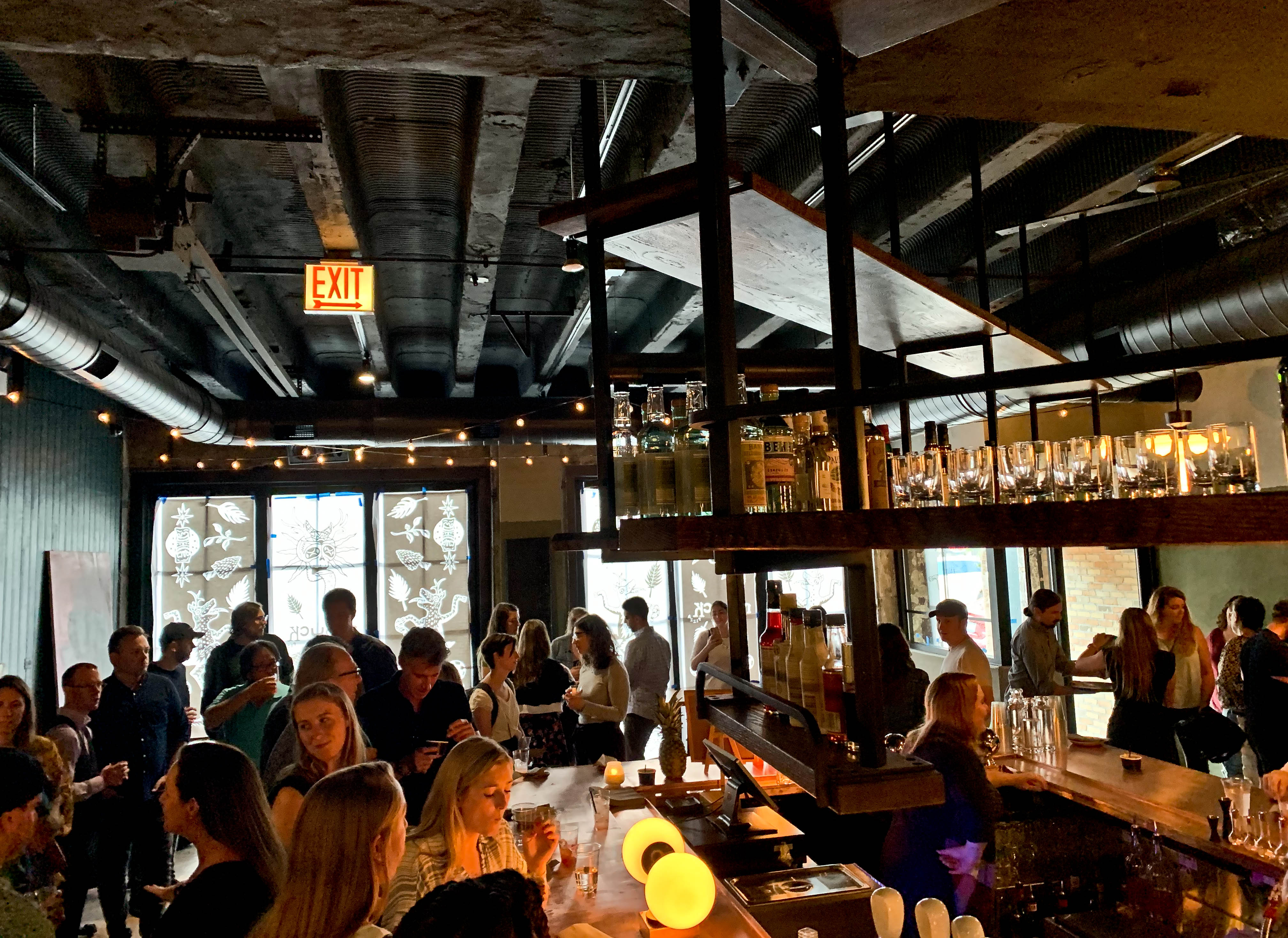 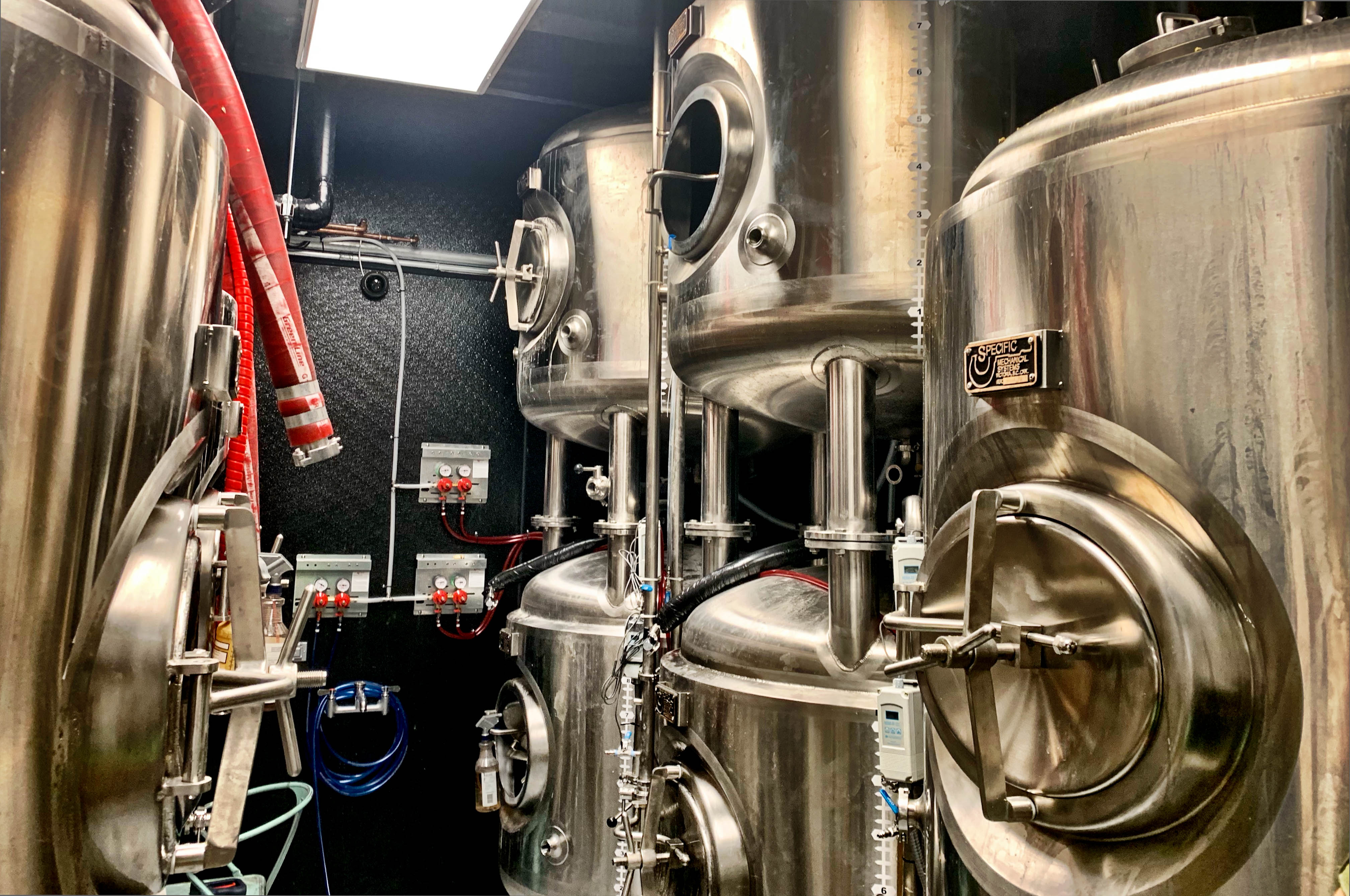 those stackable tanks from the previous 2 locations are here

We enjoyed an advanced sample of their Festbier from the conditioning tanks. These are the same style tanks from Vancouver that have really become a hallmark feature of their breweries. The thick bodied, corpulent bright tanks stacked on fermenters at both Corridor and DryHop elevate the experience of the gastropub as they are showcased perfectly behind the bar at both locations as part of the design aesthetic. Always Phoneless Hefeweizen was the other feature beer for the peek. Roebuck’s wart is piped in next door from Dryhop. Fermentation takes place onsite behind the kitchen and those beers will be exclusive to the pizzeria.

The team traveled to Naples for certification from the True Neapolitan Pizza Association (Associazione Verace Pizza napoletana,AVPN). As Americans, their pies will feature more than traditional toppings not in step with the all old school European philosophies so Neo-Neapolitan is the designation here.

A Frozen Old Fashioned wasn’t a thing I thought I needed in my life before visiting this space. Cheese Four Ways and the Pistachio, Mortadella Pesto were a few of the pies we remember from our visit. Opening Day is September 6th, 12pm at 3159 N. Broadway. 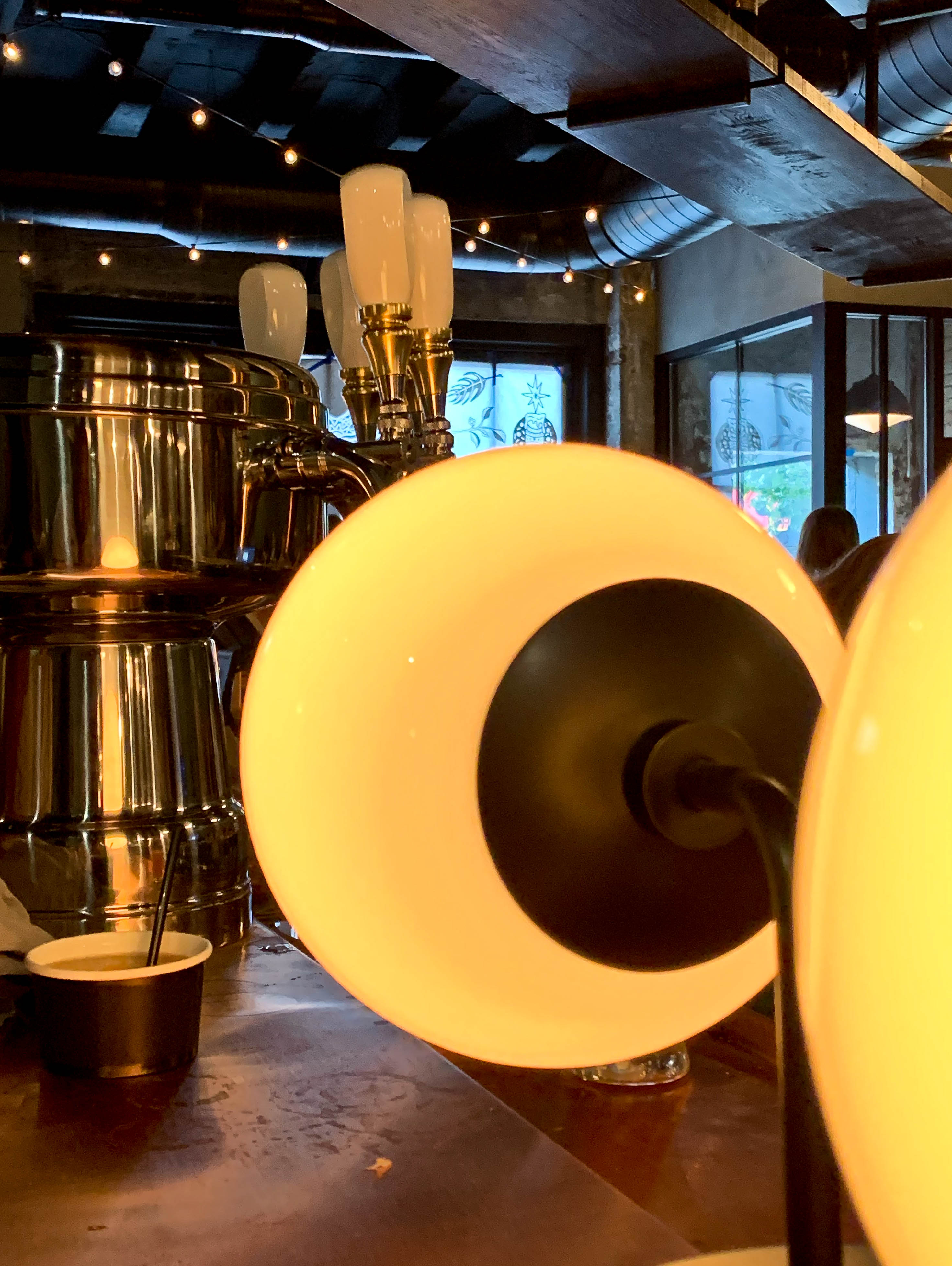 birthed out of wedlock by Dryhop + Corridor 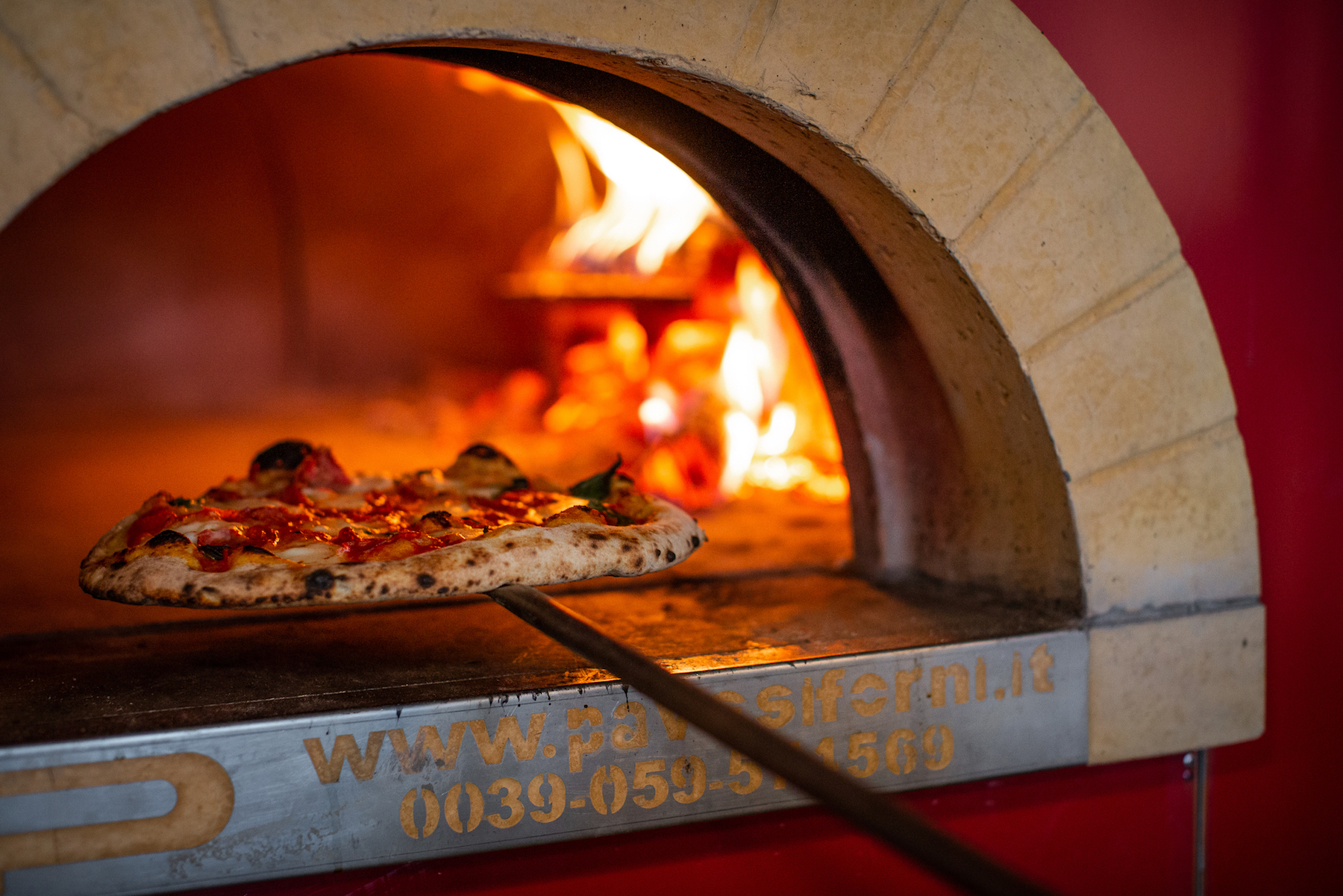