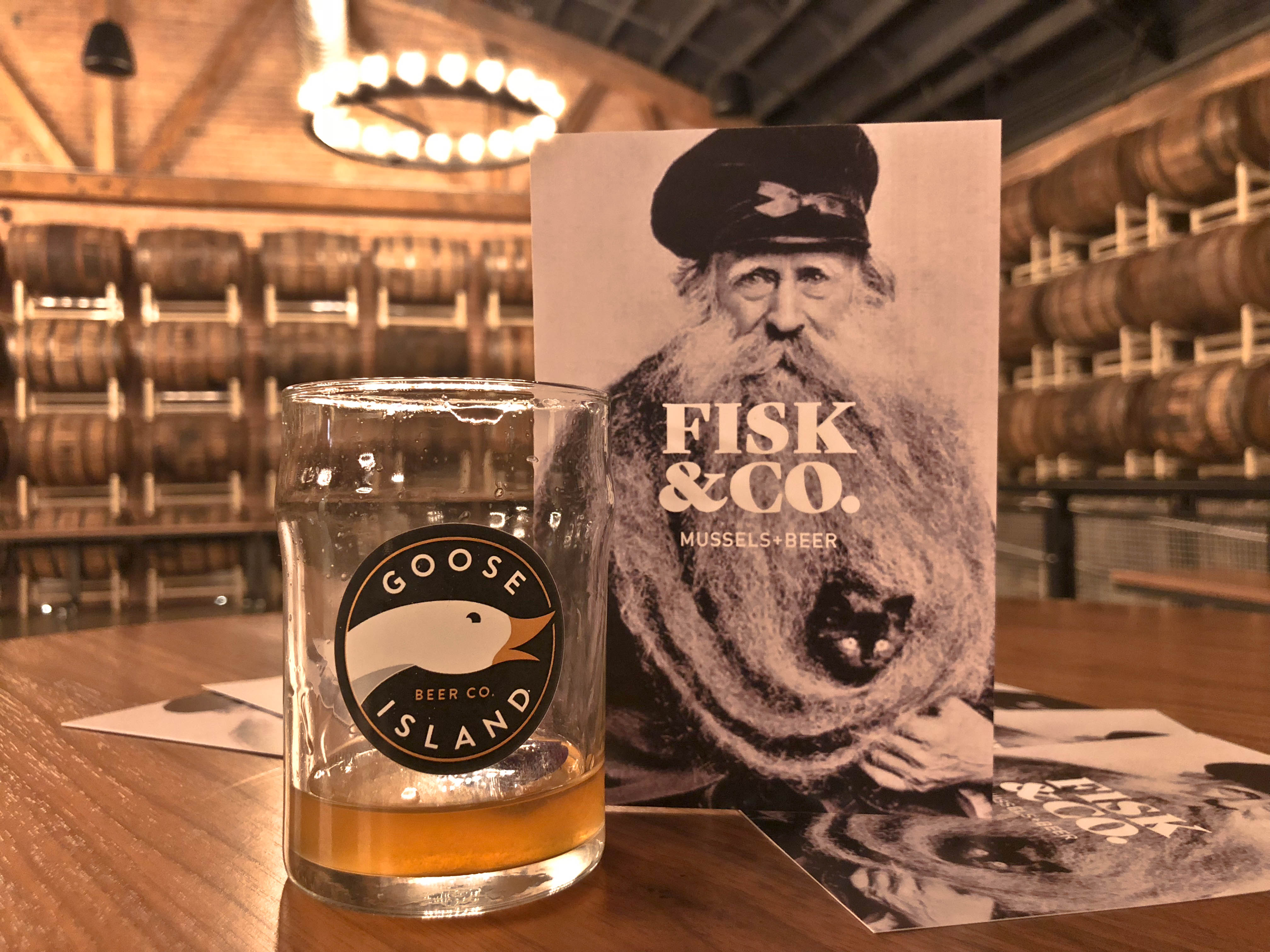 This is 1 of 4 active Goose Island locations currently in Chicago. Tonight is one of the few occasions when Goat Group Catering won’t be running the kitchen. Iron Chef Stephanie Izard’s crew is the exclusive collaborator in this private event space.

Tonight is all about The Loop’s newest mussels + beer bar, Fisk & Co. The beauty of our restaurant scene is that we’re in a constant state of renovation. “She is always a novelty…never the Chicago you passed through before.” like that Mark Twain poem.

Hotel Monaco is the boutique getaway converted from an old hat factory that Southwater Kitchen called home. That concept has been refreshed just in time for Spring. Fisk & Co is a Belgian focused program run by Executive Chef Austin Faucett. During his time in Washington D.C. Austin was nominated for Eater D.C. chef of the year for his work at Proof Restaurant. 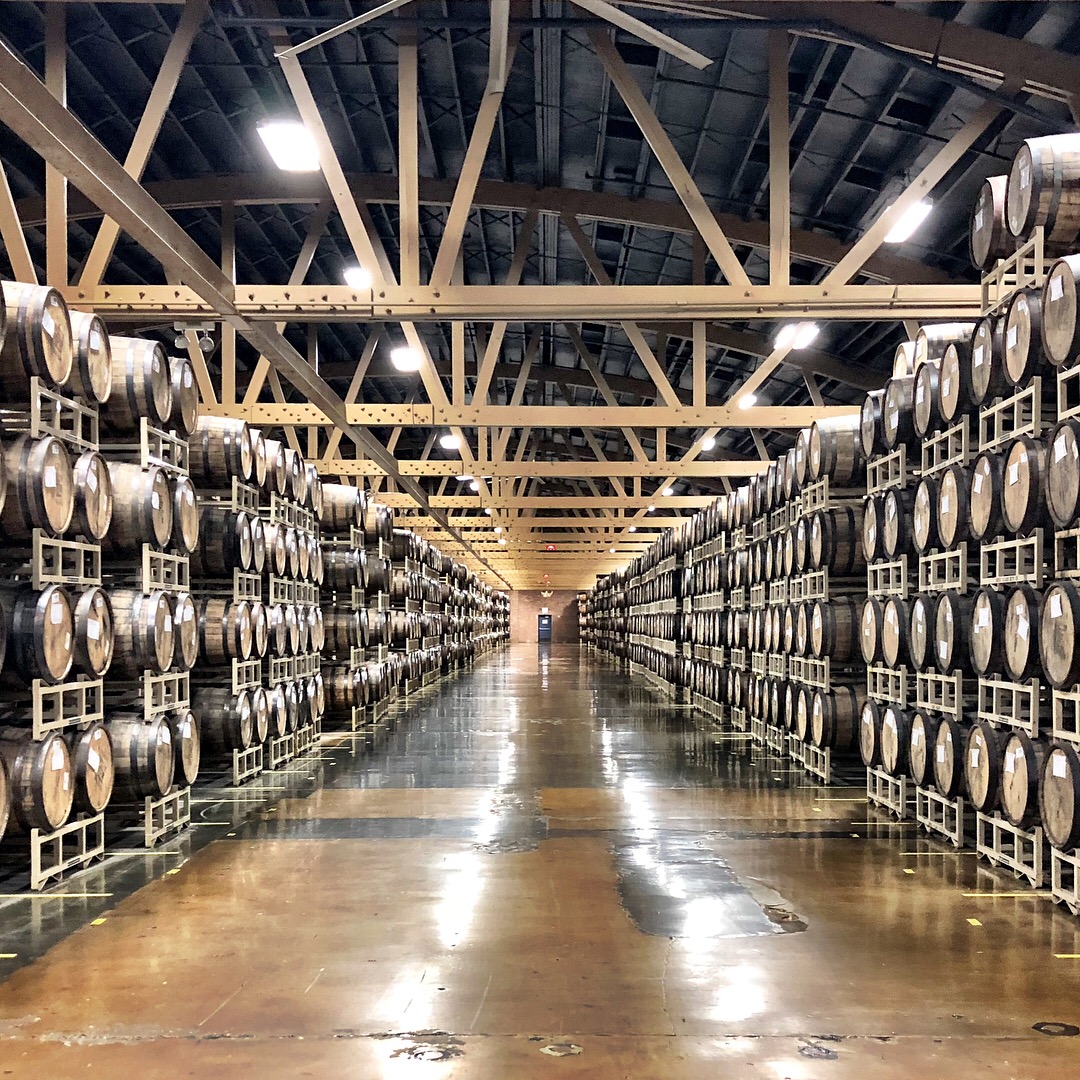 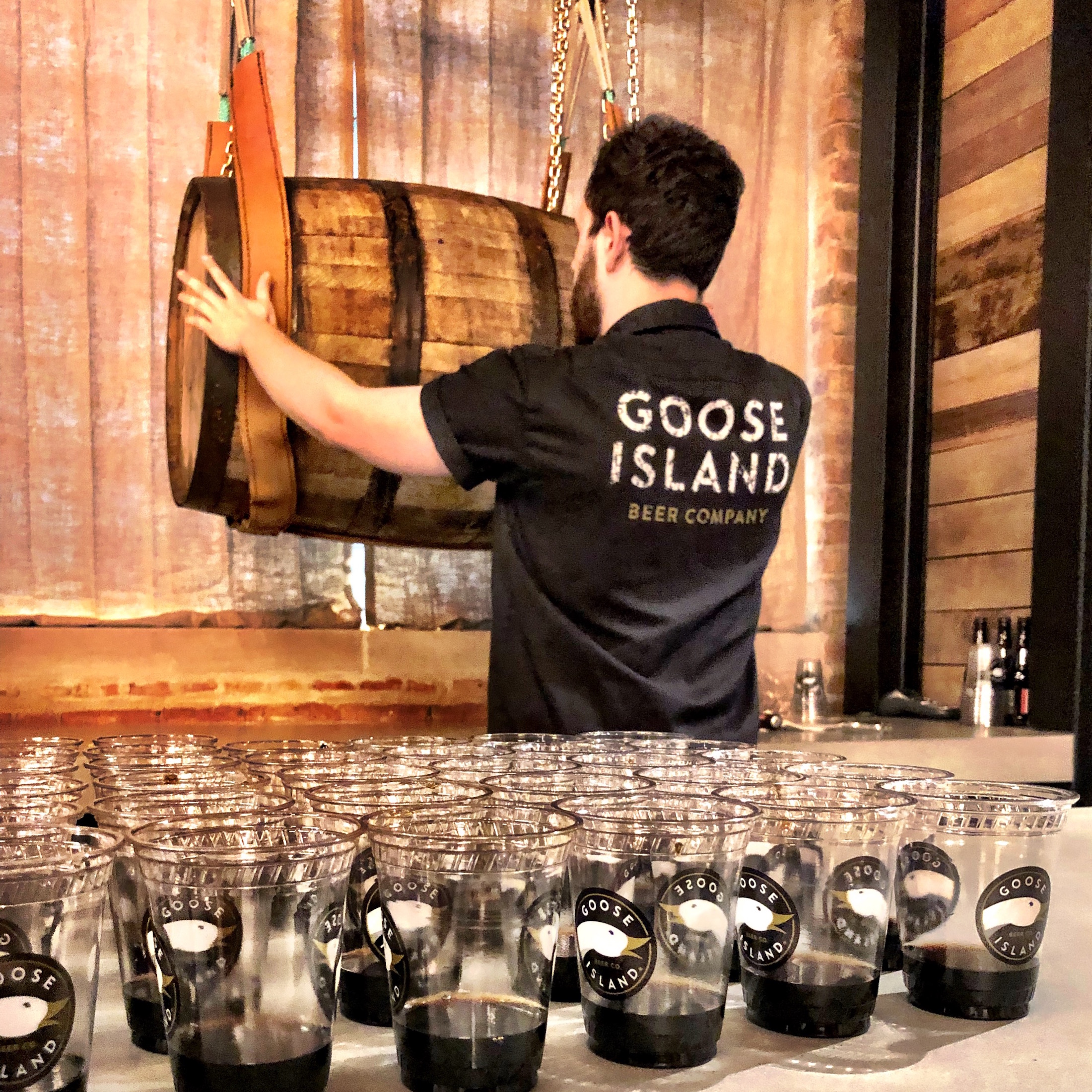 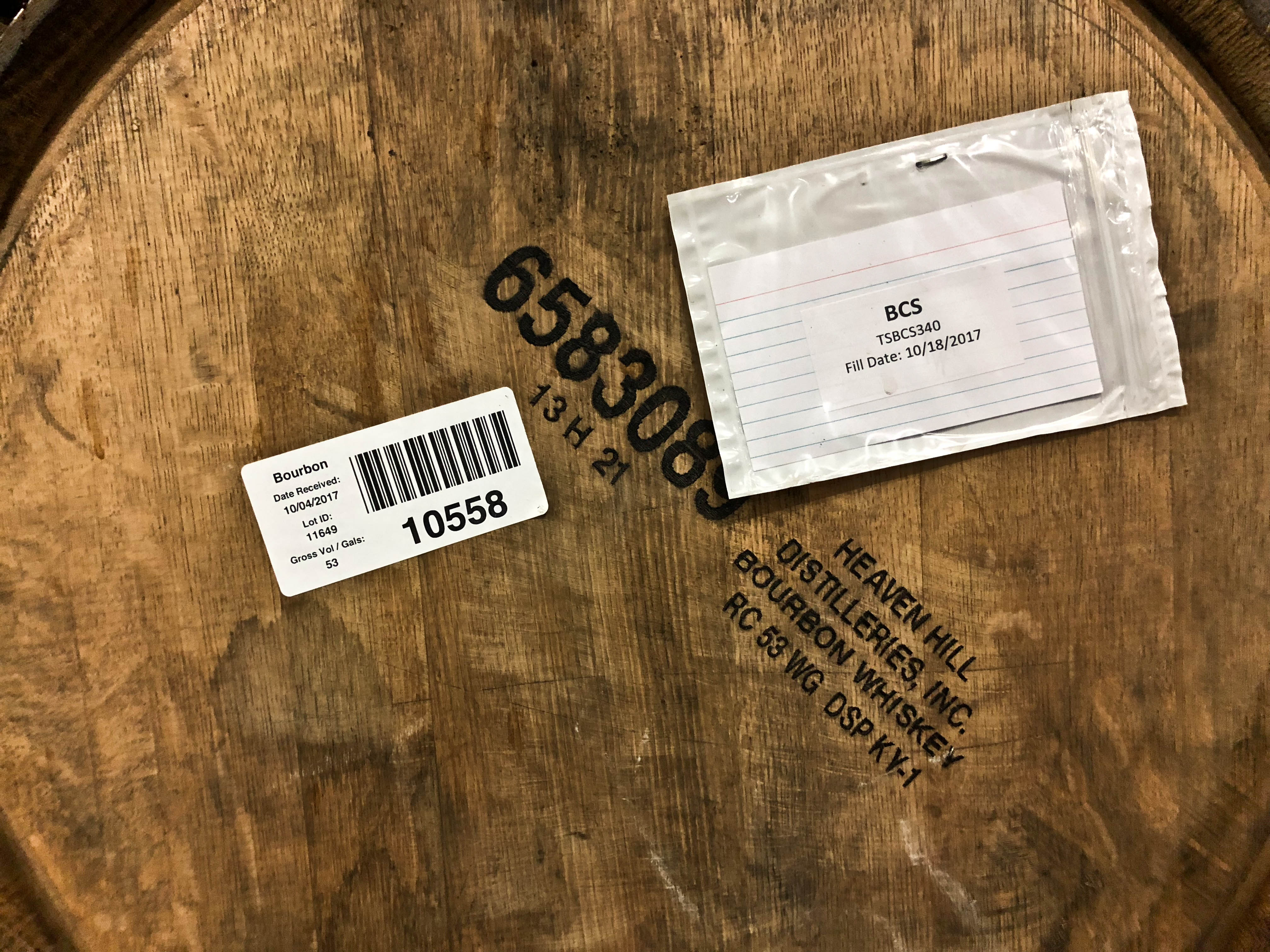 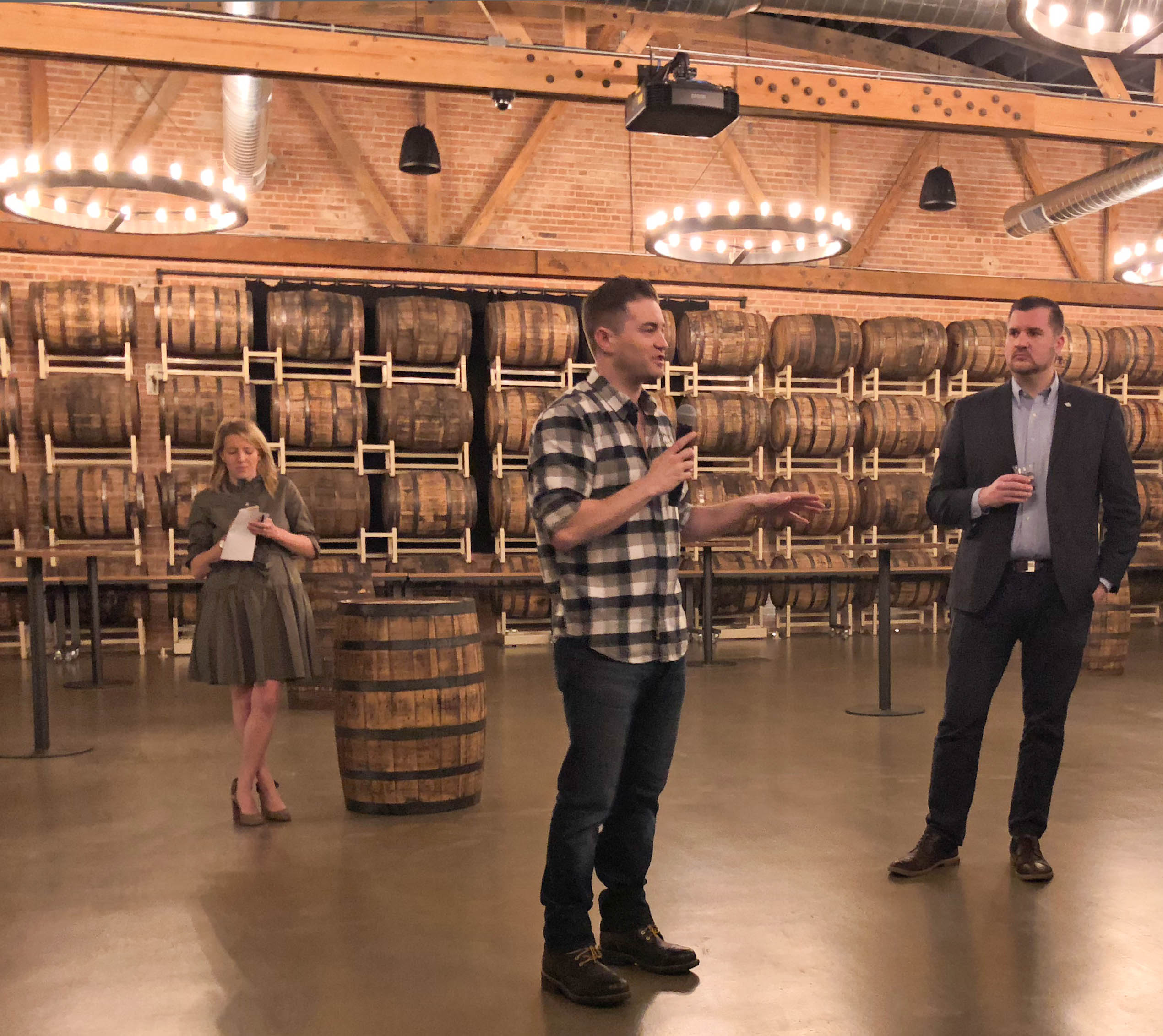 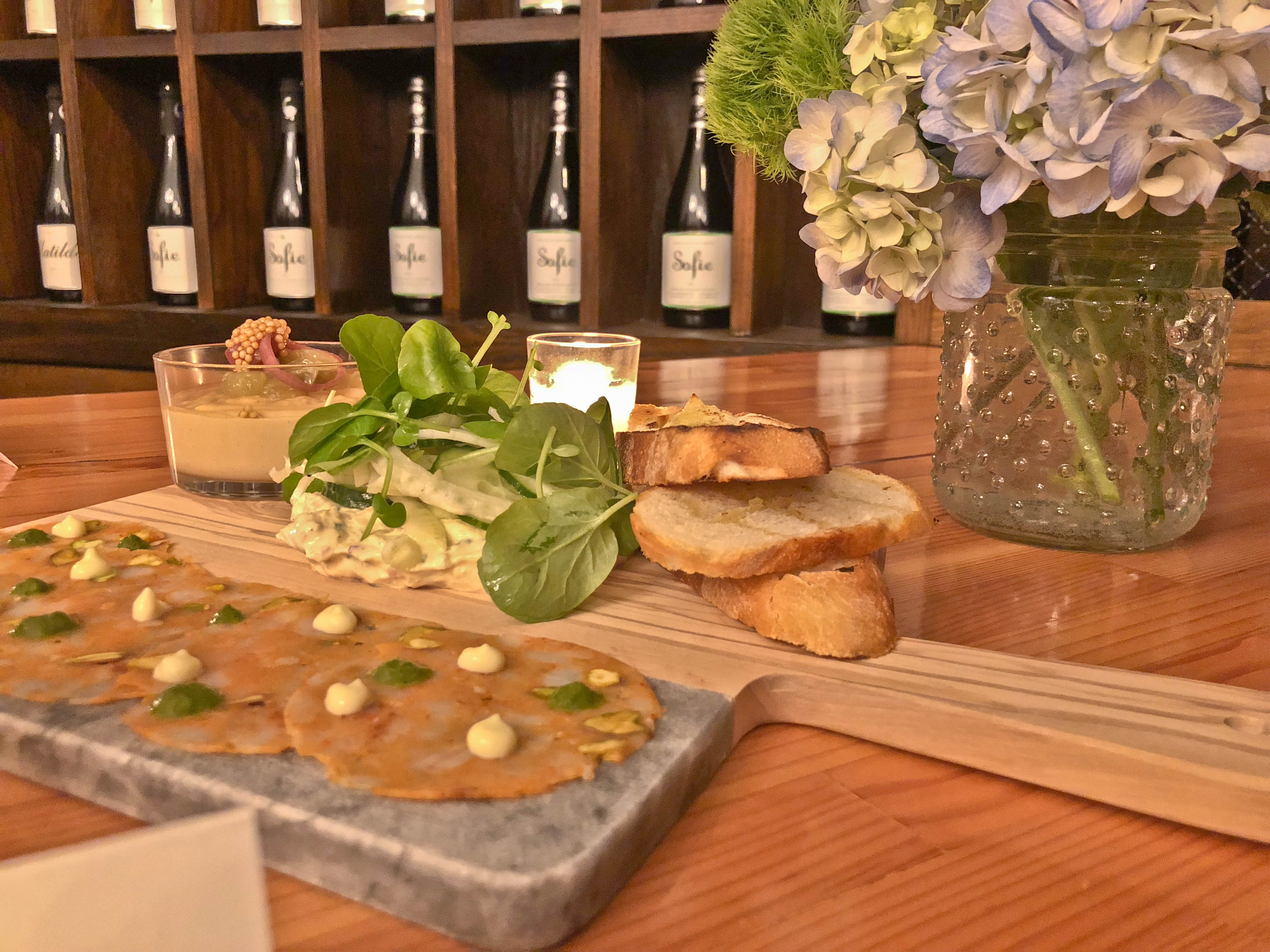 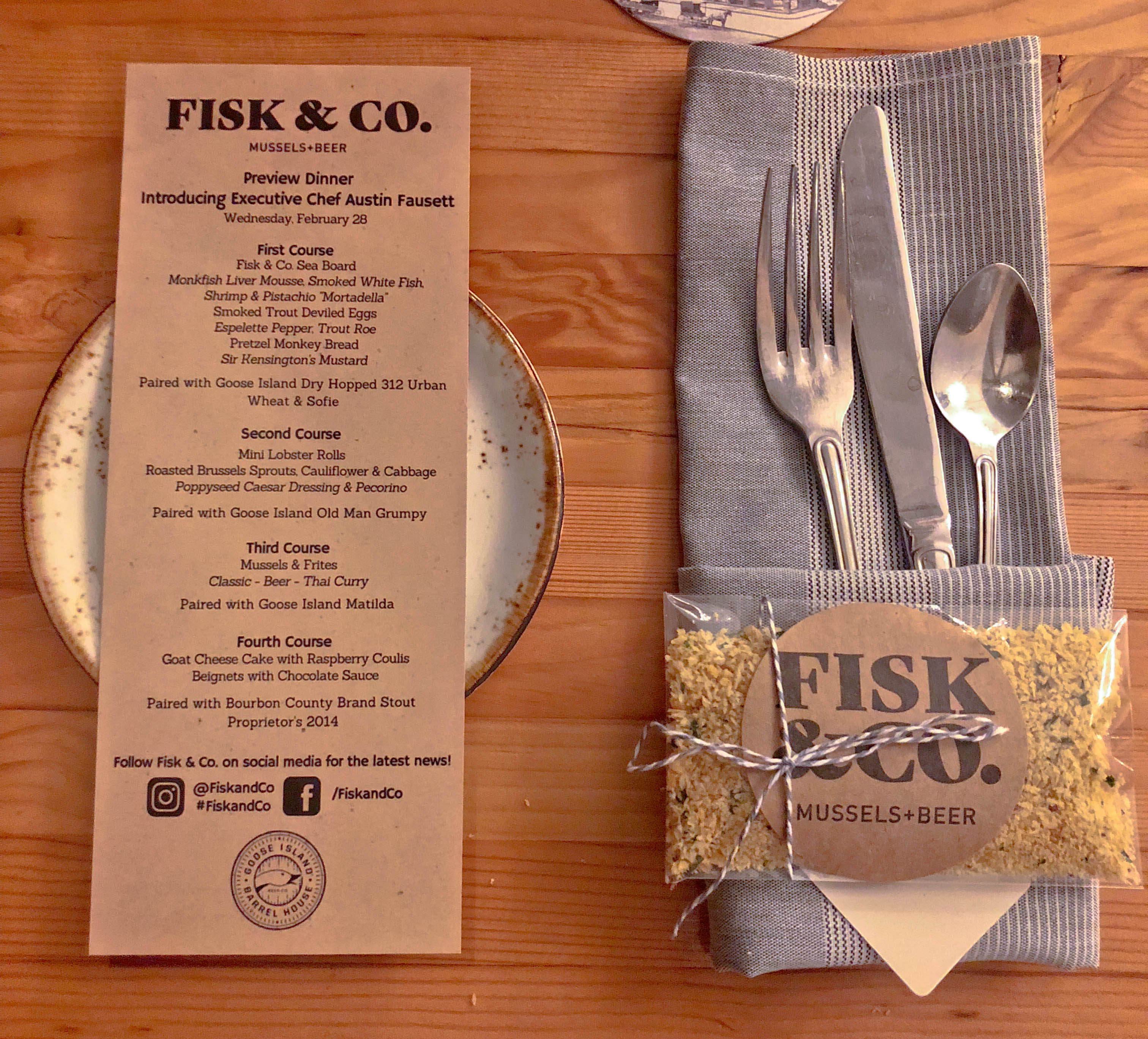 6 Goose Island beers complimented the four-course showcase. Many of those were choice selections from the greatest reserve program this city has ever seen.

Unreleased Bourbon County Rye 2018 was sampled mid-development from the winch system. A barrel is removed from aging and hoisted via a pair of leather straps then tapped for us. After tonight it goes back into the warehouse. The 8-month-old Russian Imperial Stout aged in Heaven Hill barrels was our tour beer.

It is high tide, peak season for Bourbon County Stout production in Douglas Park with an estimated 15,000 full barrels currently aging. Most of this is BCS but many are wine barrels dedicated to the Sisters (Madame Rose, Halia, Lolita, Jillian and Juliet.) These highly carbonated, food friendly sour ales contain 50lbs of fruit puree per barrel. The result is a deep tapestry of flavors similar to those found in wine.

GI’s Barrel House is spectacular and elegant in a way that a brewery has no business being. There’s an ambiance and décor here that rivals any beer venue.

Chef Faucett’s Seaboard, a seafood inspired charcuterie was the evening’s highlight along with mussels three-ways. 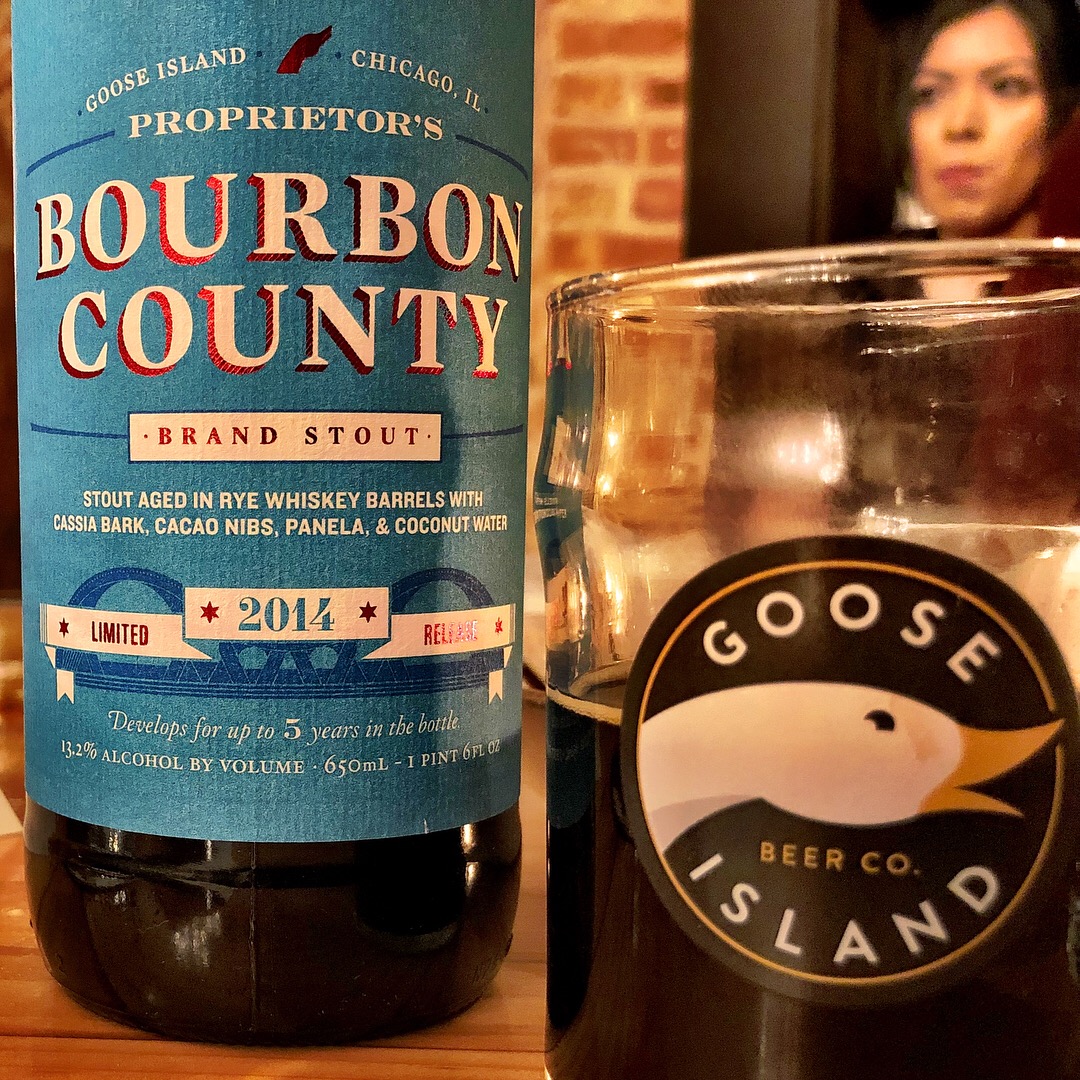 -Rumours around the Barrel House are that the unreleased 2017 Barleywine Reserve is quietly a staff favourite from last year’s BCS lineup. Plans for release were scrapped because it didn’t meet quality standards. Barleywine Reserve was aged two years in 35-year-old Heaven Hill casks. did i try it?.. no 🙁

-The other active Goose locations in the city are Fulton Street Brewery, Clybourn Brewpub and Goose Island Taproom at United Center

-A side bar convo led to a chat about the bizarre yet wonderful legacy of Finch Beer Co. in Chicago. The outfit currently brews a block from Goose Fulton in what was essentially a GI party warehouse. Often considered an afterthought on the local beer scene, Finch made waves selling Chicago beer in southern markets like Kentucky and Georgia. Logan Lippincott (Metropolitan) Charlie Davis (Right Beer Cider), Nick Konwerksi  (Three Floyds) and Beau Forbes (Goose Island) all brewed at Finch. 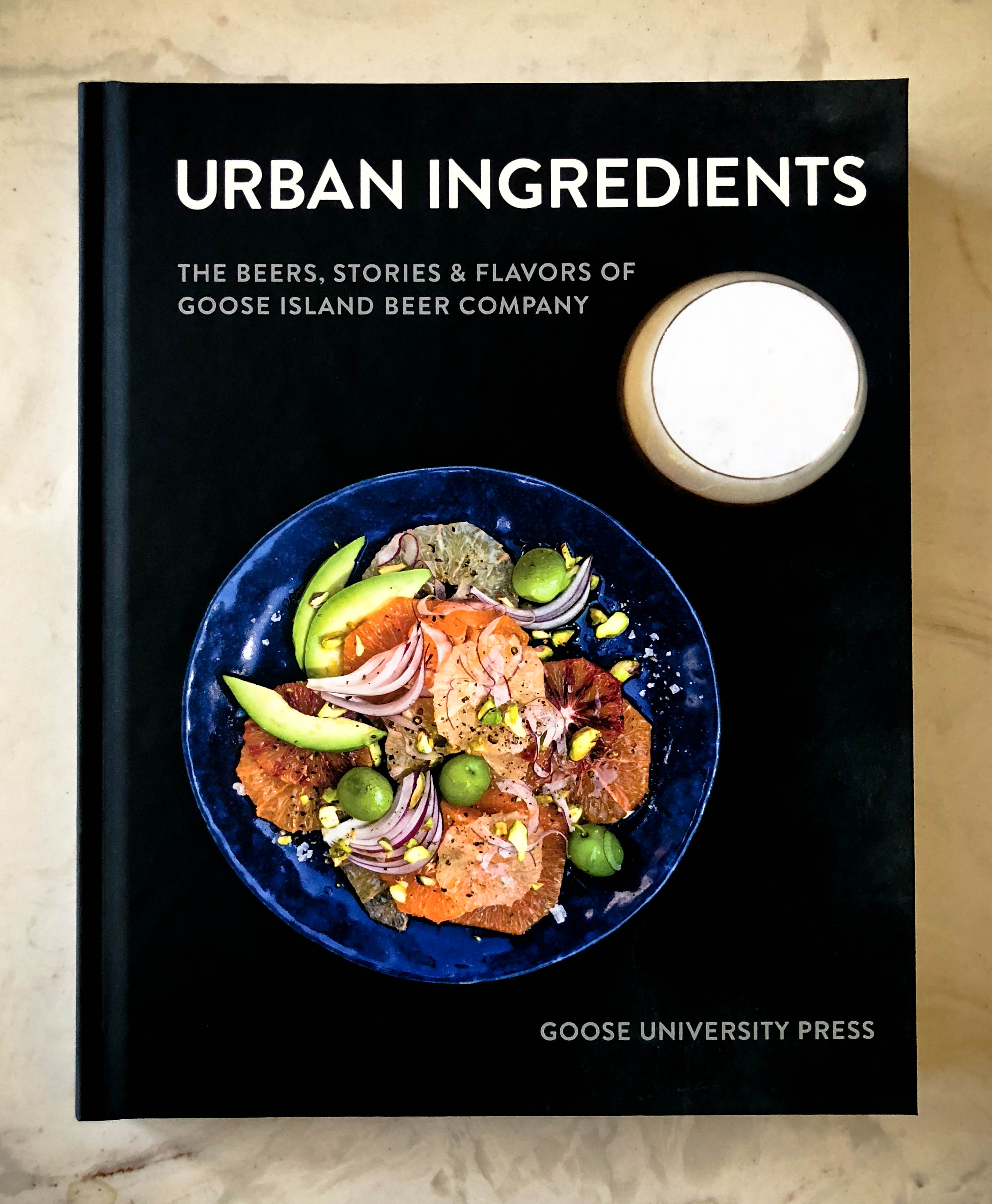 the latest from Goose University Press edited by Christina Perozzi 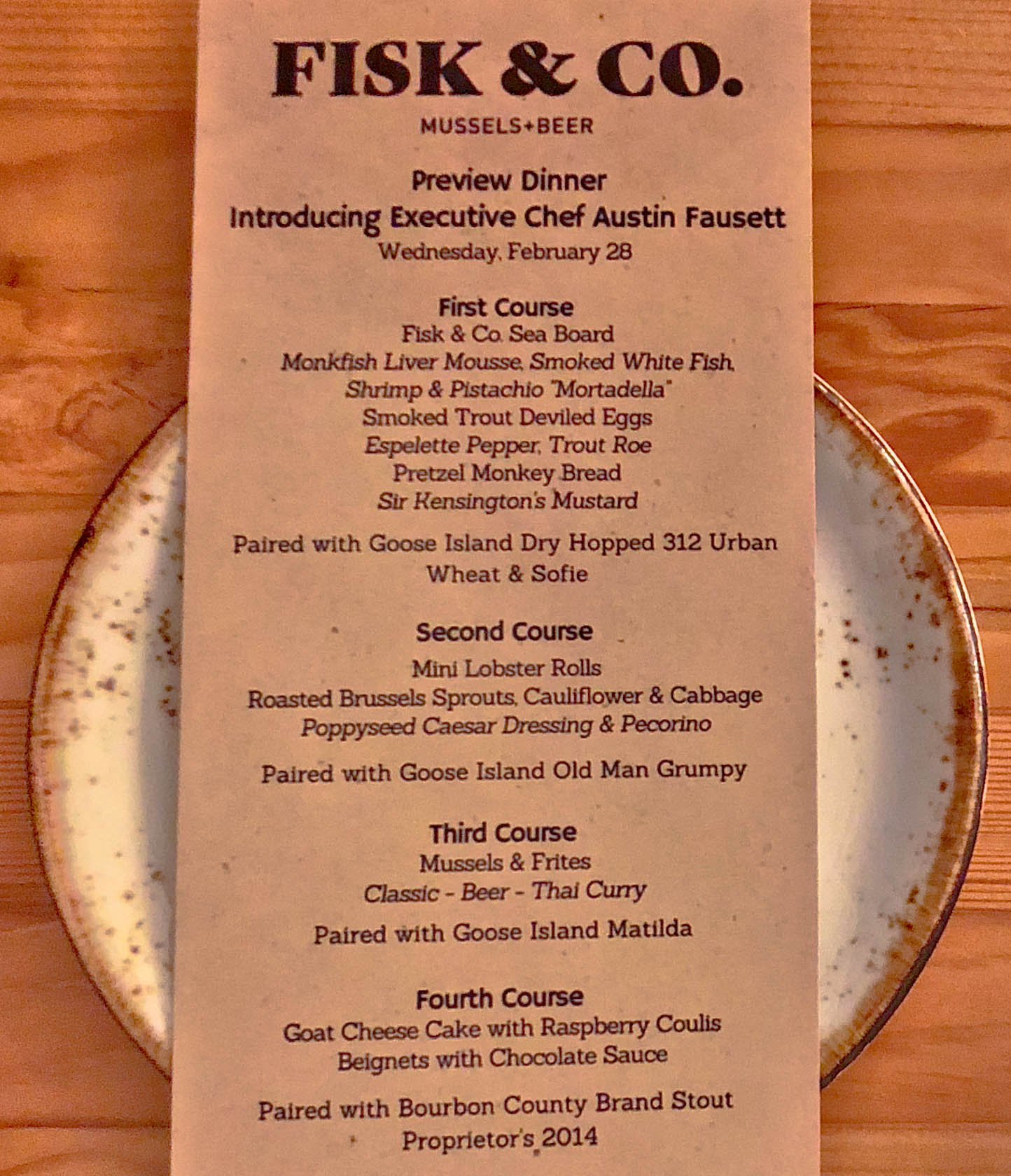