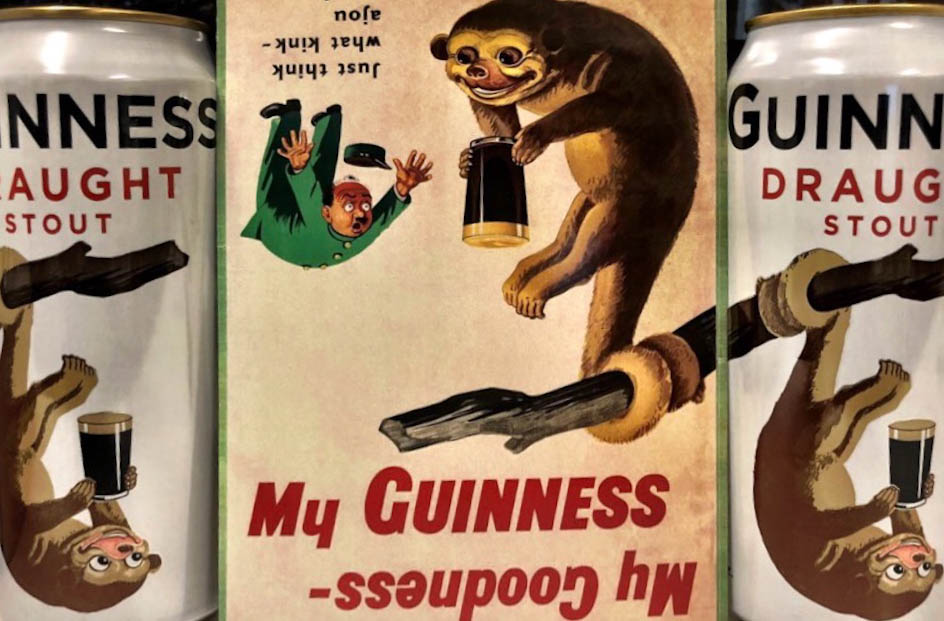 St. Patrick’s Day and Christmas are the two peak seasons for the world’s first global brewery. 3.4 million pints are brewed everyday this time of year…brewing and that’s just the St James Gate Brewery.

We caught up brand ambassador Aaron Ridgeway who is celebrating the holiday in New York City. Our convo took place during a proper romp through America’s largest media market. Stops at Fox with Friends, The Today Show and New York Stock Exchange were all on the docket.

CBG Nik
At Uppers & Downers Chicago last month we enjoyed a delightful Tripel infused with Vent coffee and cascara from your new Maryland facility. It was the first release from that location. What are some of the goals of the brewhouse in Baltimore County?

Guinness Aaron
The original Open Gate Brewery in Dublin as serves as an inspiration to the Baltimore brewery. The biggest difference being the experimental barrel aging projects that will reside there. None of the core brands will be produced onsite; those will all be imported from Ireland.

Both locations are open to the public and not designed for distribution but it does happen. It’s all about the creative process at Open Gate. Based on popularity some offerings may be a candidate for the Guinness Outreach Program. Beers like Rye Pale Ale and Irish Wheat started there before graduating to worldwide distribution. 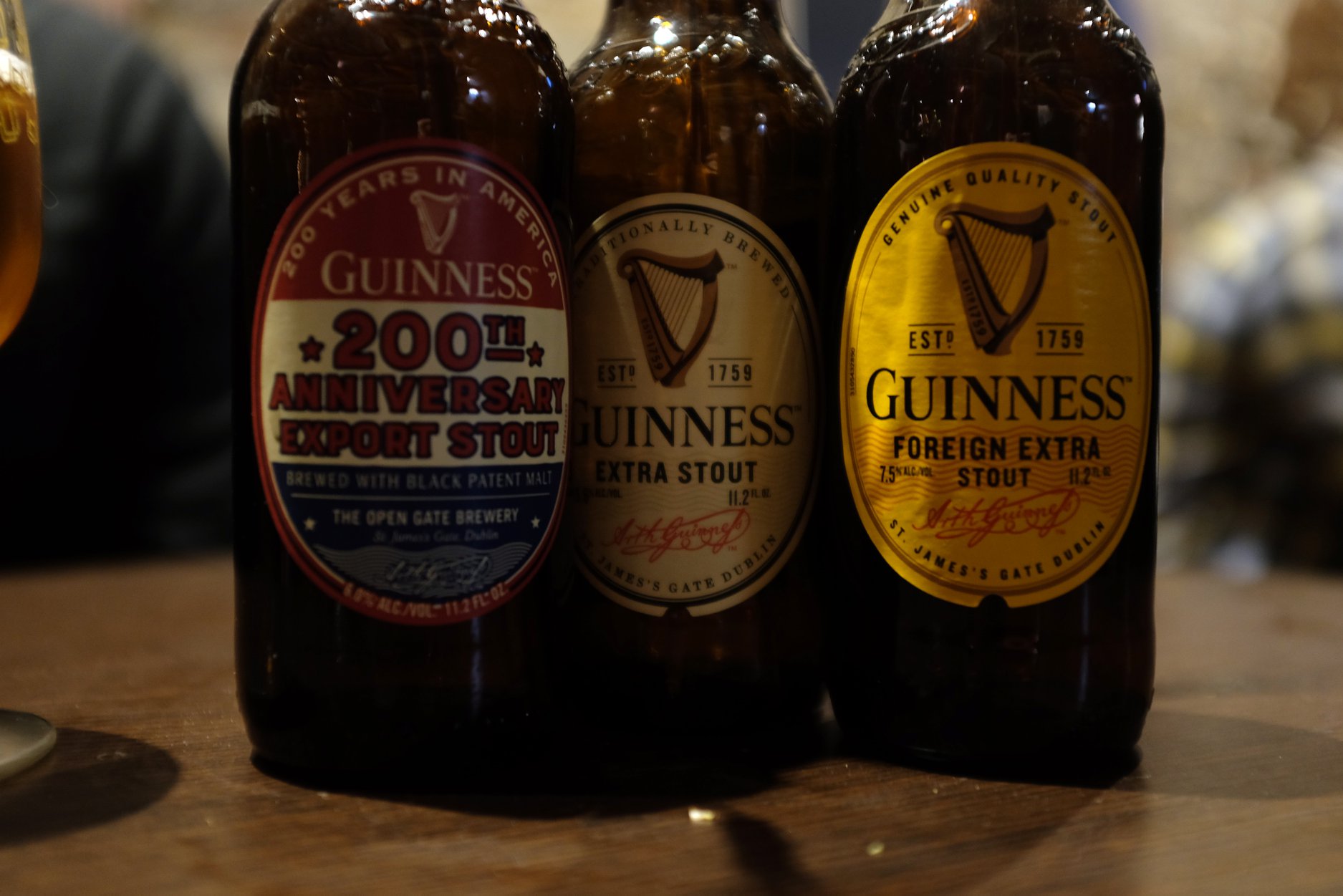 CBG Nik
Is their room for collaborative projects at Open Gate Brewery?

Guinness Aaron
We’ve had Two Rows Brewing come out to Dublin. We made two versions of a dark saison using Guinness roasted barley and farmhouse yeast. Phil Markowski from Two Rows came over St James’s Gate. Our brewer Peter Simpson went over Stratford, Connecticut. We had a simultaneous tapping of the kegs for each version.

Our version was ‘The Open Road’ theirs was ‘May the Road Rise.’

We also brewed a Brett Black Ale with Creature Comforts. We’ve been brewing for a long time but are always open to new innovation. It means a lot to us and smaller breweries get to learn from us as well in that process so we’re delighted.

CBG Nik
How does the Dublin version of St Patty’s Day compare to those in New York of Chicago.

Guinness Aaron
The celebration is embraced through art, social events and historical projects there. The biggest party that day is at the home of Guinness in the Dublin Storehouse. There will be food pairings and flash mob Irish dancing. This will be like our Christmas.

It’s that time of the year to reconnect and celebrate being Irish. Everyone is Irish on the 17th of March. We revisit heritage and traditional family recipes around that time. 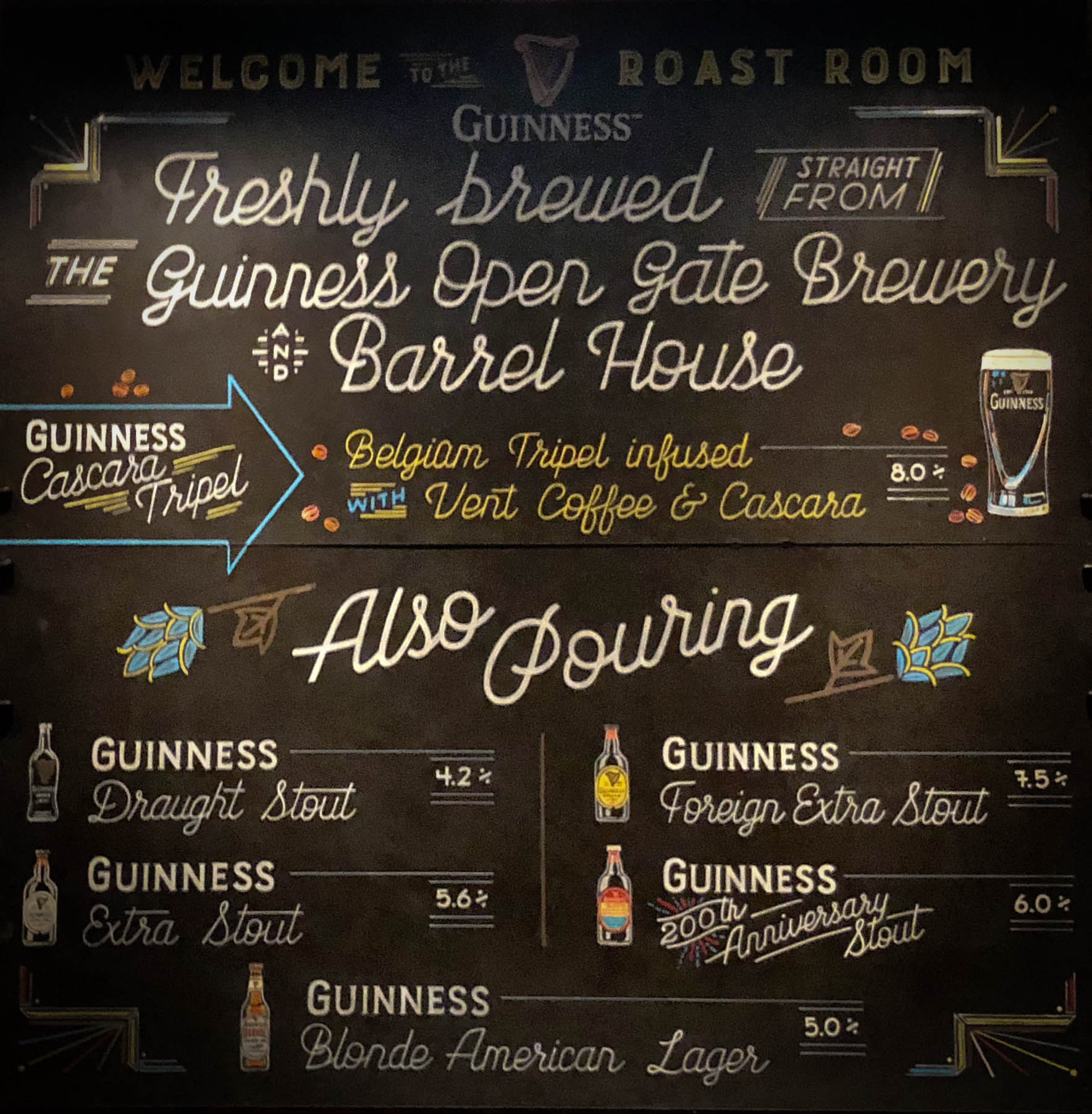 CBG Nik
What’s an average week like for you as an ambassador?

Guinness Aaron
I’ve been with Guinness for eight years. Most of my time is spent between the Storefront and the Open Gate Brewery. Depending on the country we discuss a particular point that Guinness is famous for and we bring the good nature of the brand. New York, London and Russia are some of my favorite places.

Guinness Aaron
Exactly, Guinness has been brewing for over 250 years. We want to capture the creativity happening with American brewing right now. The spirit of creating and enjoying beer is important. We’re excited to share never before seen beers. We want to match the level of passion in the American scene and give back to the communities of Maryland. 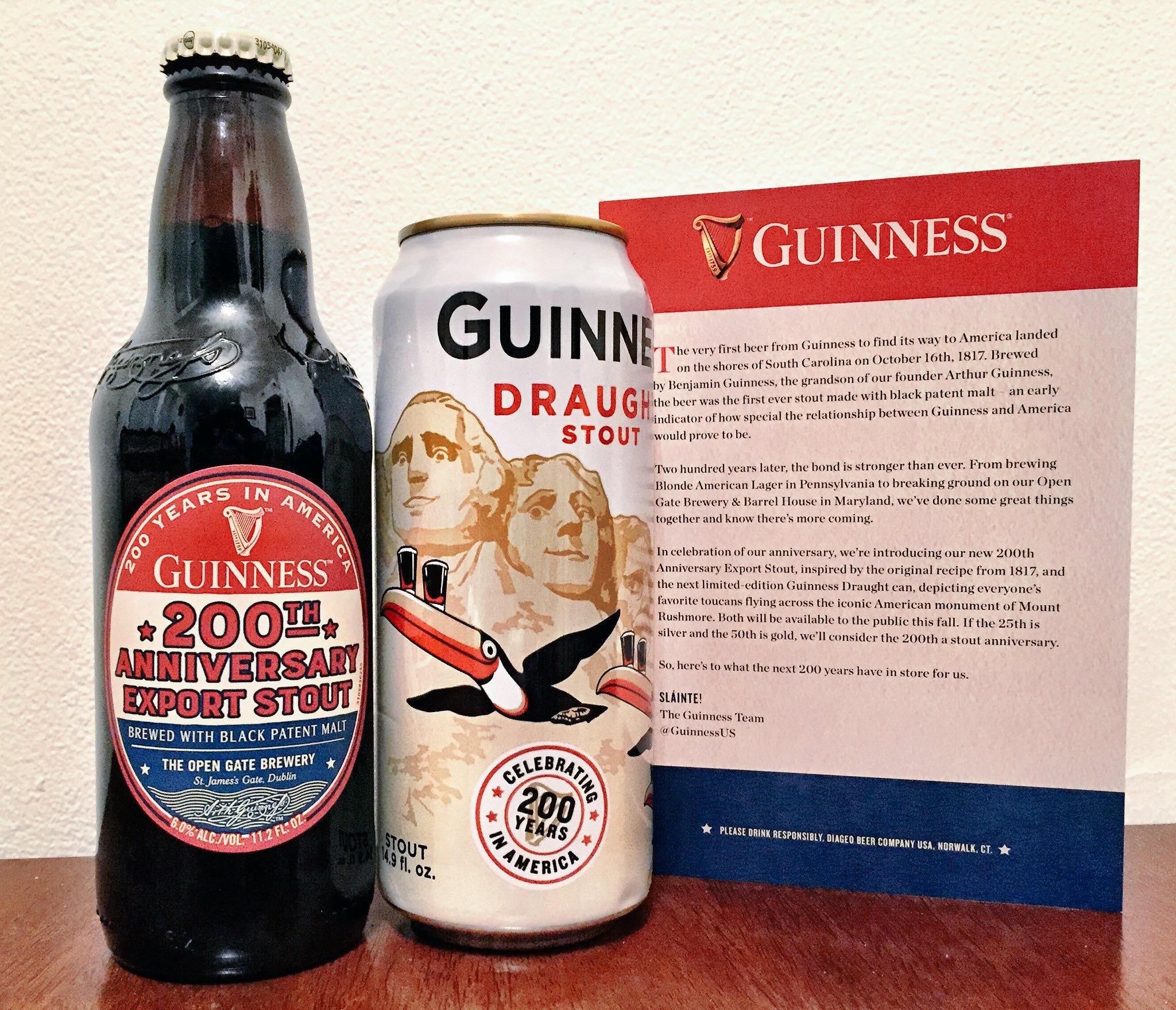 Other Notes:
-70% of all the Guinness brewed at St. James Gate in Dublin is exported.

-To celebrate their 200th St. Patrick’s Day in the US limited edition Draught cans are on shelves. The ongoing series celebrates the ad campaigns if the 1930’s and 50’s

-Use the hastag #StacheForCharity today and tag @GuinnessUS. The brewery will donate up to 1$ to the Guinness Gives Back Fund supporting non profits including Team Rubicon, a veteran led disaster response organization.