Home Around Town Retroscape and Arise: Surly Nation at Emporium 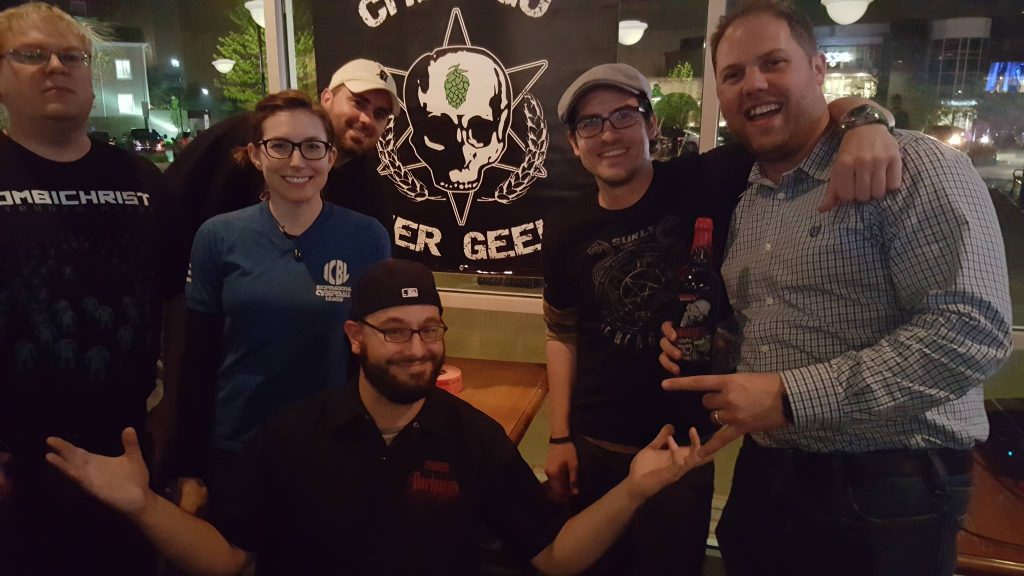 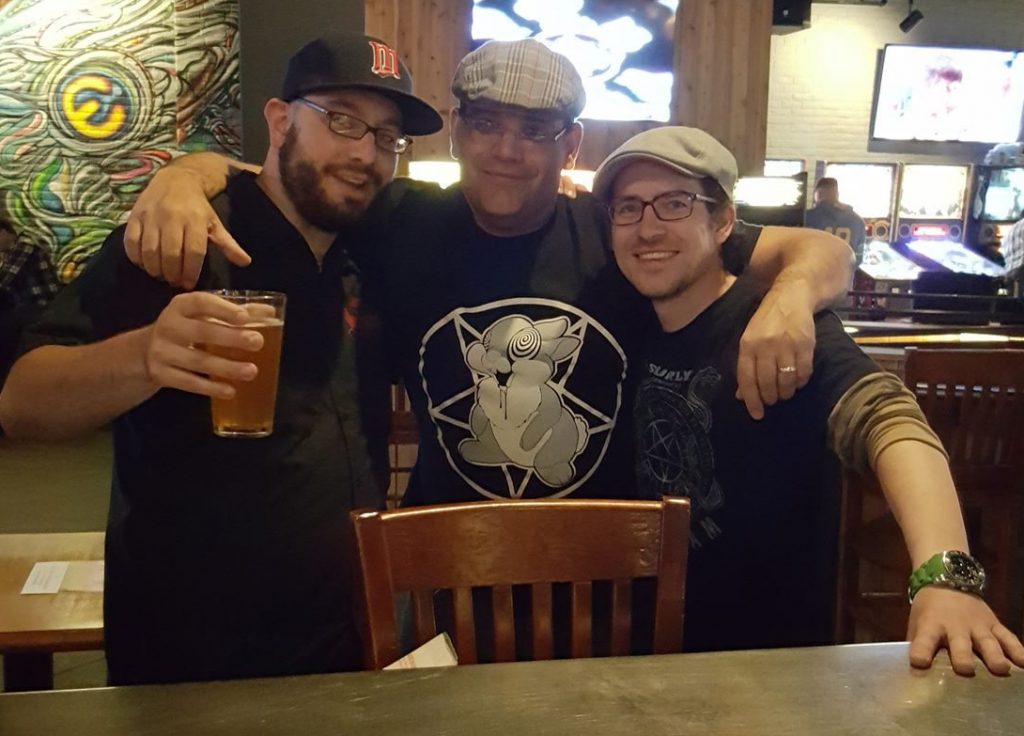 We were joined by industry reps including Christopher Jecha, Surly’s Chicago Market Manager. For the event, Surly featured some of their best brews: Abrasive, Mild Nitro, Pentagram, and Todd the Axe Man. Over the course of the evening, Jecha and other Surly reps challenged many “barcaders” at pool, pinball, and arcade duels, awarding Surly swag to the winners. 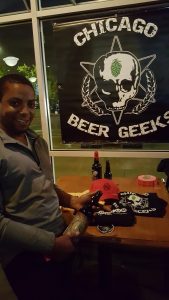 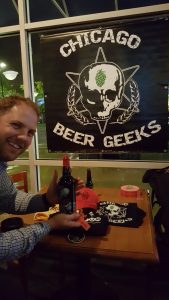 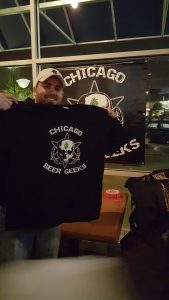 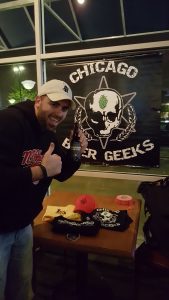 A few of the raffle winners pose for photos! 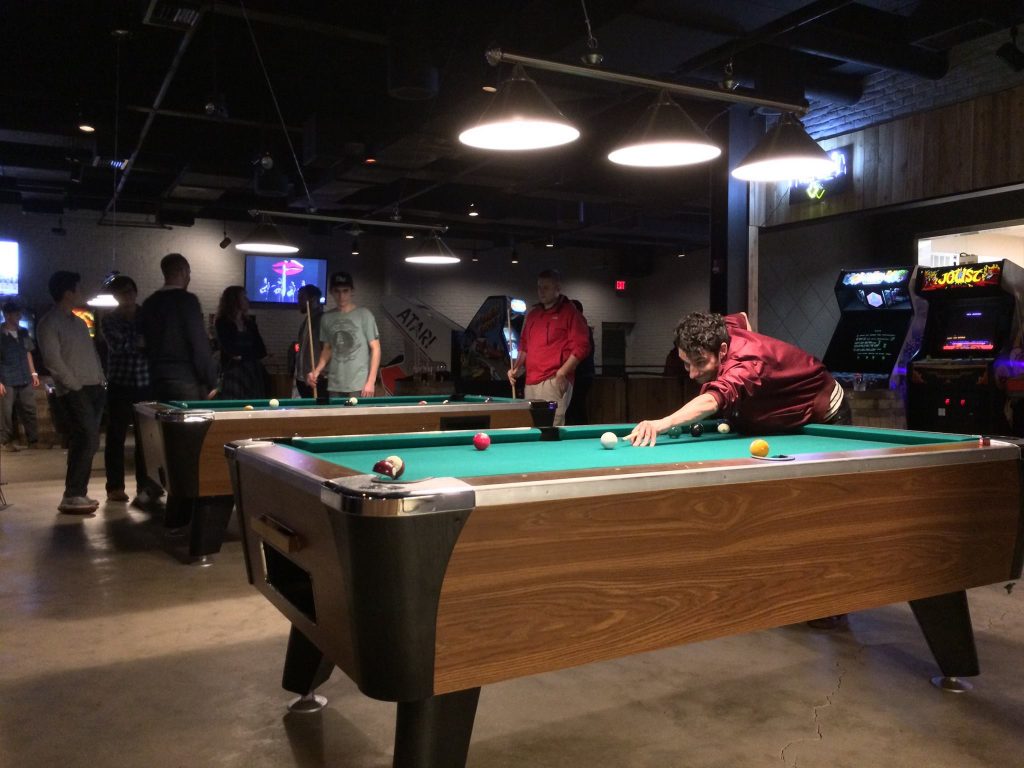 Emporium is one of the only bars in Lake County that features pinball, arcade games, foosball, pool, and Super Chexx Hockey. 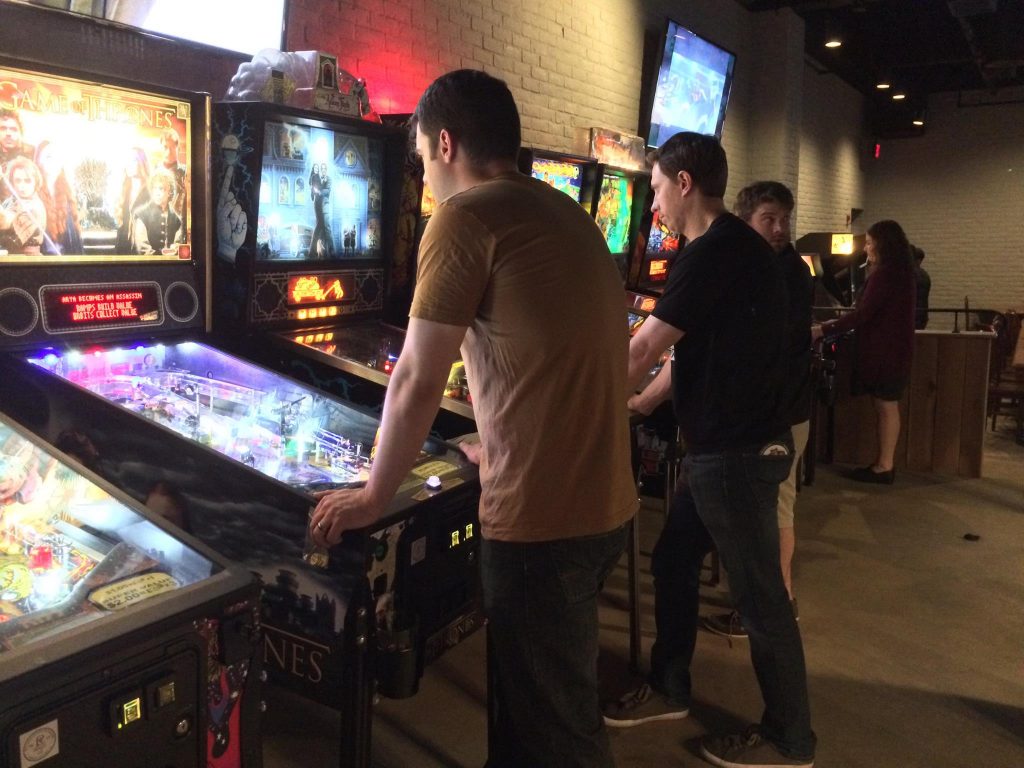 So many tables to choose from! Adam’s Family, Game of Thrones, Fish Tales, Kiss, Rescue 911, and Wrestle Mania to name a few.

An oasis for residents of the Northern suburbs, Emporium Lake County has been open since January 1st of this year. The Lincolnshire location includes 24 stand-up games, eight pinball machines, Super Chexx hockey, foosball, and pool. In addition to a rotating list of locally crafted beers on tap, Emporium hosts a full bar. DJs commonly spin on weekends, and patrons can fuel their play with “eat with two hands” New York style pizzas made in-house. With its focus on craft beer and classic pinball and arcade games, Emporium has quickly become a CBG favorite. 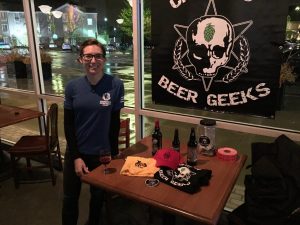