The Return of Bourbon County Rare 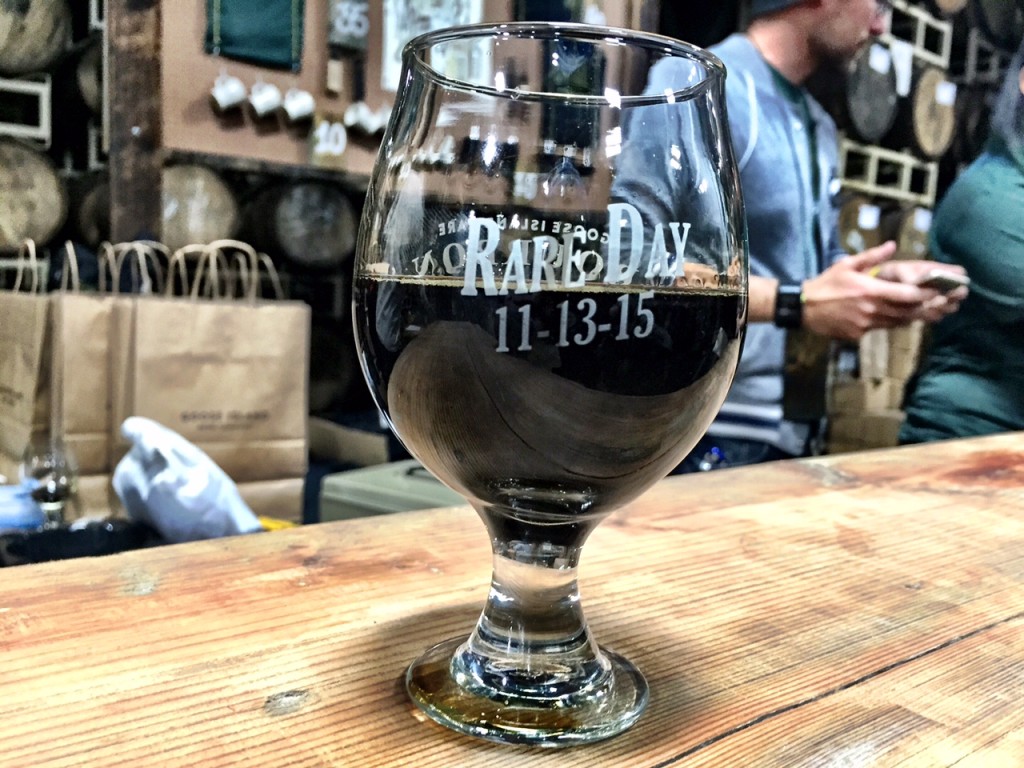 Friday the 13th has always been a special day for the Goose Island Beer Company. The original brewpub on Clybourn and the Fulton Street production brewery both opened on that day. If the city’s site inspectors hadn’t ruined the groove with last minute, ‘mandatory flame retardant ceiling’ needed, the taproom at Fulton & Wood was set to open on Friday, March, 13, 2015. Enter the first ever Rare Day, a celebration that saw 1500 people over two sessions get the opportunity to purchase a beer we’ll likely never see again on the last Friday the 13th of 2015.

When you listen to Heaven Hill Master Distiller, Denny Potter speak about the 35 year old barrels used to age Rare, you can tell that this was a bit of an oversight. During his speech, moments before The Black Oil Brothers took the stage, Denny raised a glass to explain that each barrel had about a pint of bourbon in them when they arrived at GI’s 120,000 sq ft warehouse about two years ago. 35 years in a barrel doesn’t enhance bourbon, the sweet spot is 15-20 years in most cases. What it does for a vessel selected to age an imperial stout is nothing short of magic. 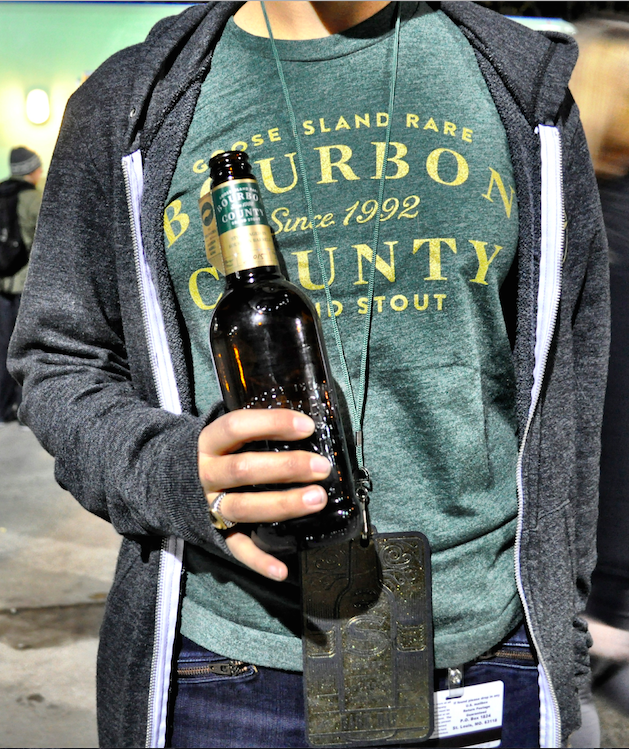 After customers purchased their allotment of Rare at the Fulton tasting room, shuttles carried the crowd to the warehouse event located about two miles away. To their credit, the Goose Island team moved 700 people through their brewery for bottle sales in about 90 minutes during Session A. It was a symphony the way everything flowed with precision we don’t typically see for a bottle release.

The party included the type of ridiculousness you come to expect from the vault at Goose Island. Every variant from the 2014 and 2015 Bourbon County Stout lineup was on display. Customers being greeted by smiling staff members offering them a snifter of Rare was a classy move… an image we won’t soon forget. 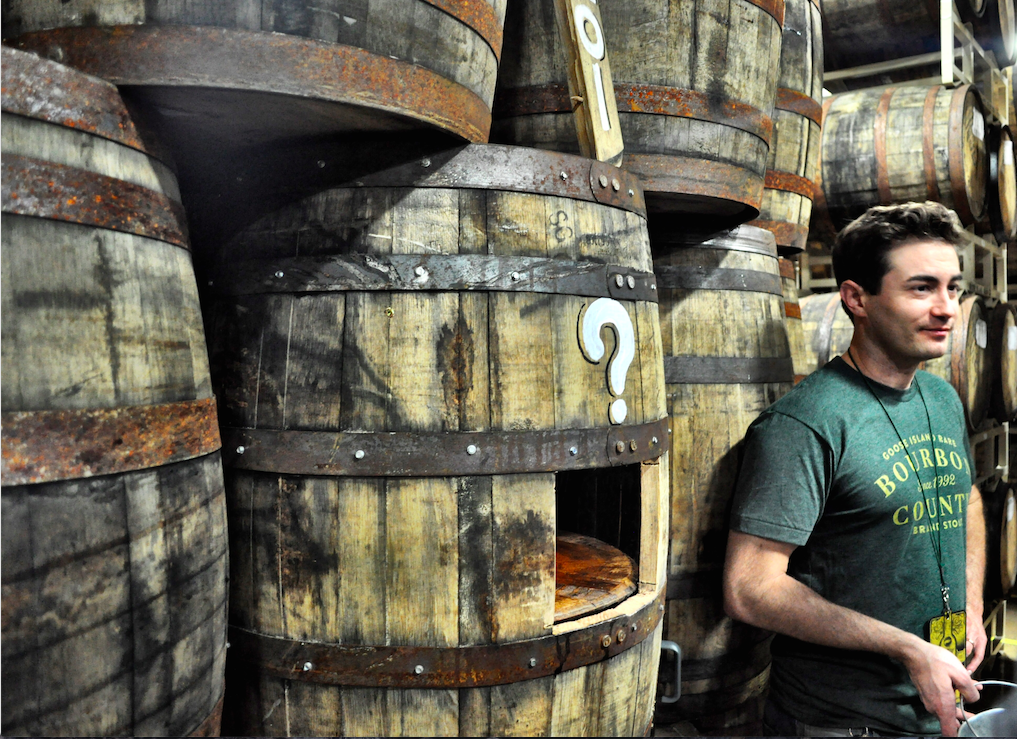 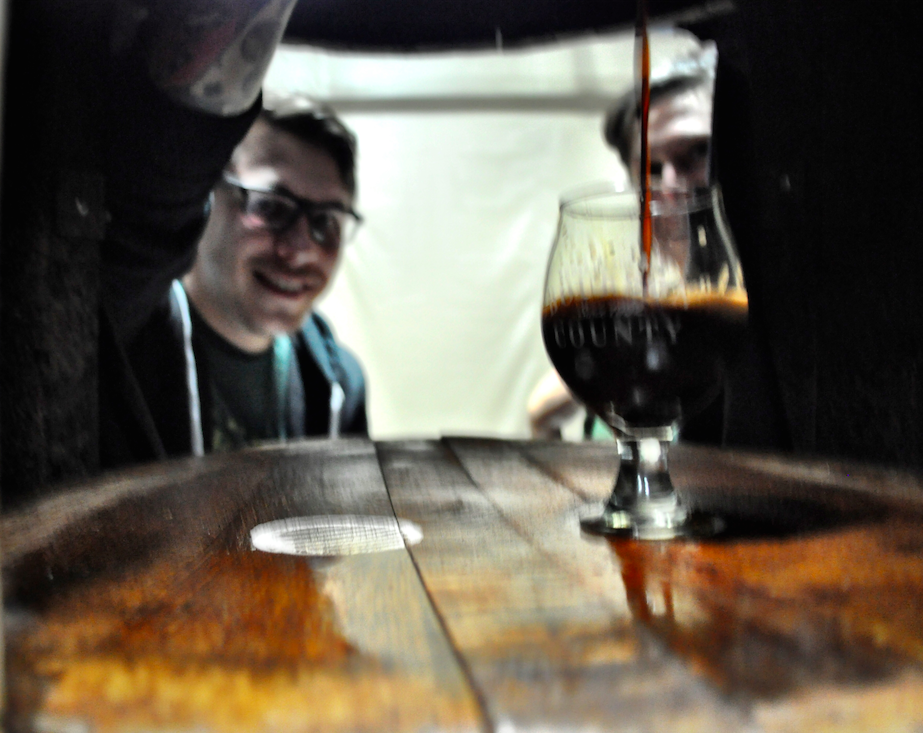 There were nearly 200 Heaven Hill casks filled for Bourbon County Rare 2015, compared to 38 Pappy Van Winkle casks for the original Rare in 2010. 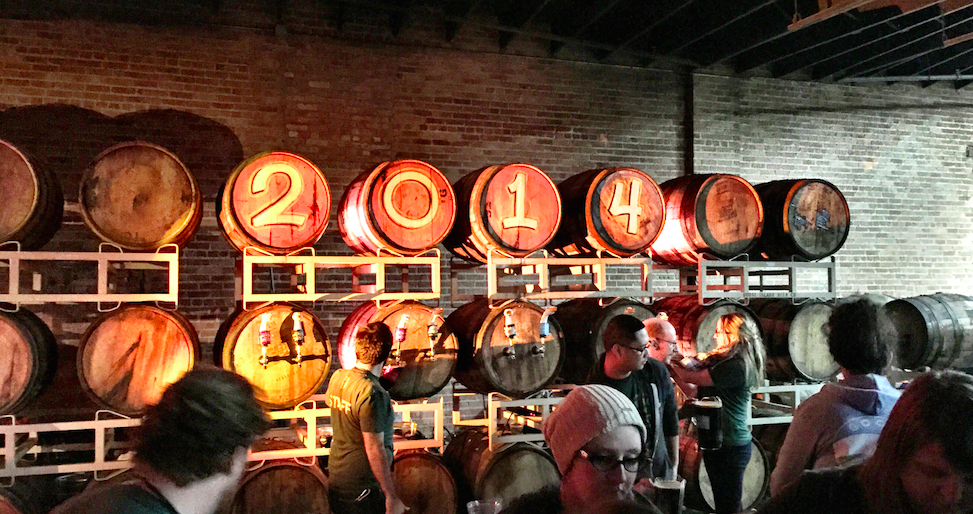 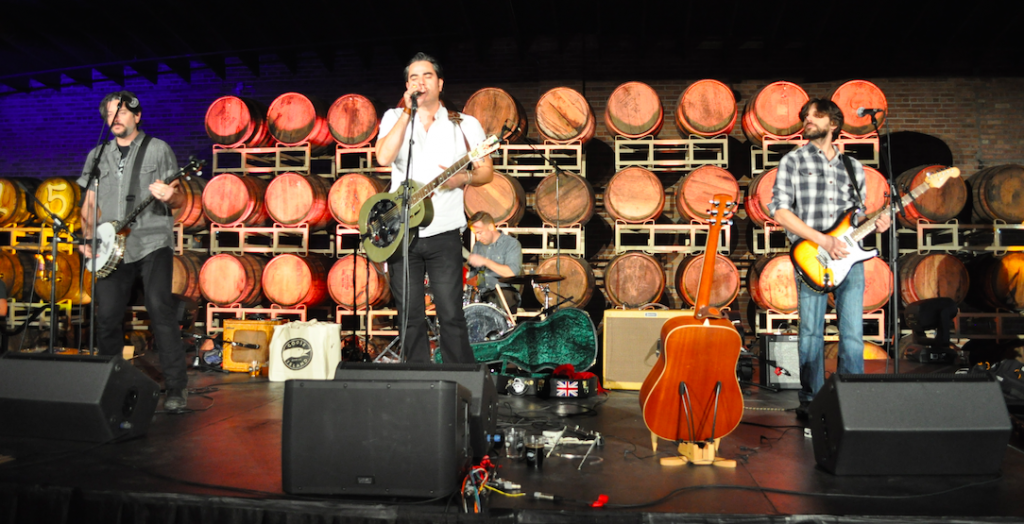 Chicago’s own, The Black Oil Brothers

Most friends we ran across seemed to enjoy the vintage offerings more than the current 2015 lineup. Of the beers we tried, last year’s Proprietors gave me the most warm and fuzzies. Many, including our pal Travis Binn, preferred the Vanilla Rye (2014). In what fans affectionately referred to as ‘The Glory Hole”, you could find everything from Baudoinia, Cherry Rye (2012) and OG Vanilla (2010).  This was easily the longest line of the night, a barrel with a pair of rotating drafts and a big question mark painted on it. The crew didn’t tell you what you were getting until after it was poured. In fact they whispered it to you so the folks behind you couldn’t hear.

Other Notes: Only 2 of the estimated 1500 ticket holders declined their full allotment (3 bottles) of Rare. There was a couple that opted for 2 bottles and a single guy who decided to only purchase one bottle. The 500ml bottles were 60$ each.