The 13th Annual Festival of Wood and Barrel Aged Beers 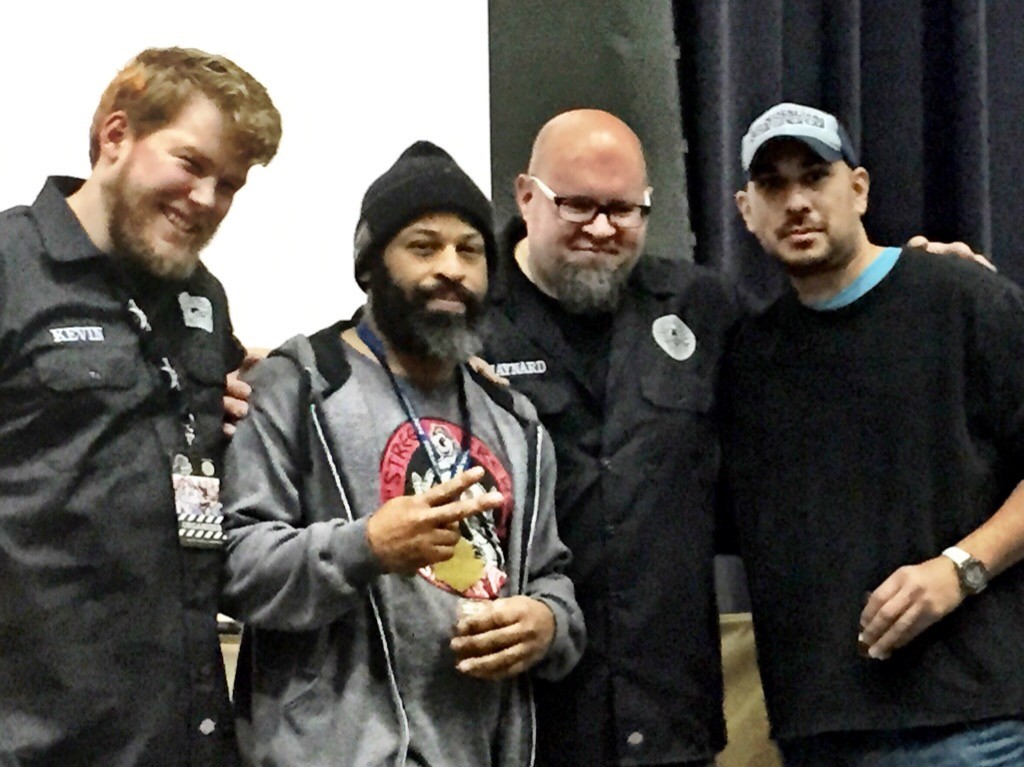 In our humble opinion, this is Chicago’s finest hour. FOBAB is a national competition that offers the widest collection of wood & barrel aged beers available anywhere. UIC Forum was once again home to the Illinois Craft Brewers Guild signature event. This festival is a tradition like no other. Chicago’s proximity to Kentucky allows us access to distilleries where barrels are used to experiment in ways that other cities don’t. Embracing these techniques is something that resonates deeply into our local beer culture.

Lets get right to it…John Laffler and Off Color Brewing continued to not fuck around at these awards. Whiskers, his collab with Central State Brewing took home Silver in the Wild Beer Acidic Sours category. The win is his fifth medal since the brewery opened in 2013. 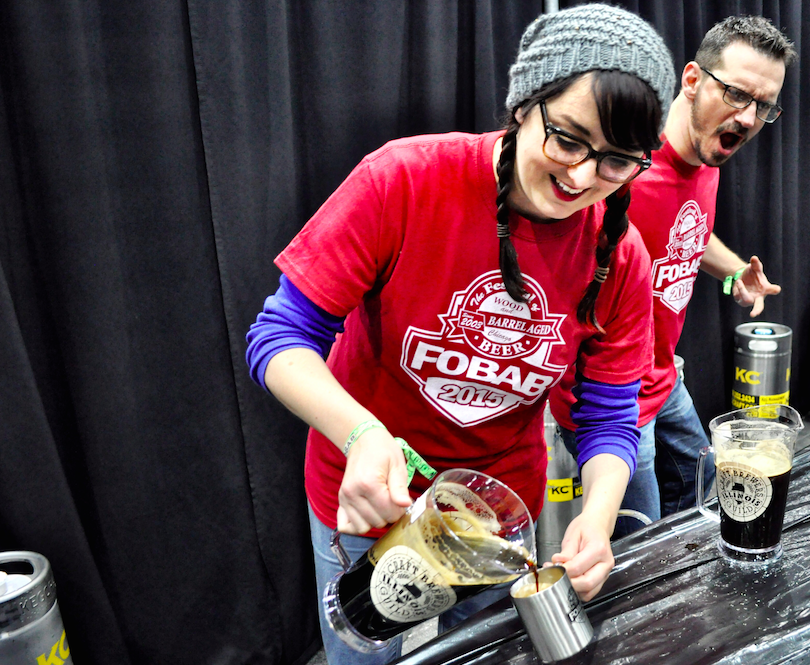 Our favorite moment was probably when Spiteful Brewing took the stage. At this event three years ago Brad Shaffer and Jason Klein introduced Spiteful to the world with Barrel Aged GFY Stout. It’s been remarkable to watch them transition from Chicago’s underground brewery scene, to interning at Pipeworks, to kicking ass at the most revered competition in the city. With a new taproom and brewery expansion on the horizon in 2016, the timing couldn’t have been better.

Then there’s the Revolution… Jim Cibak, Will Turner and Chicago’s Revolution Brewing took home their seventh and eighth all time FOBAB wins this year. 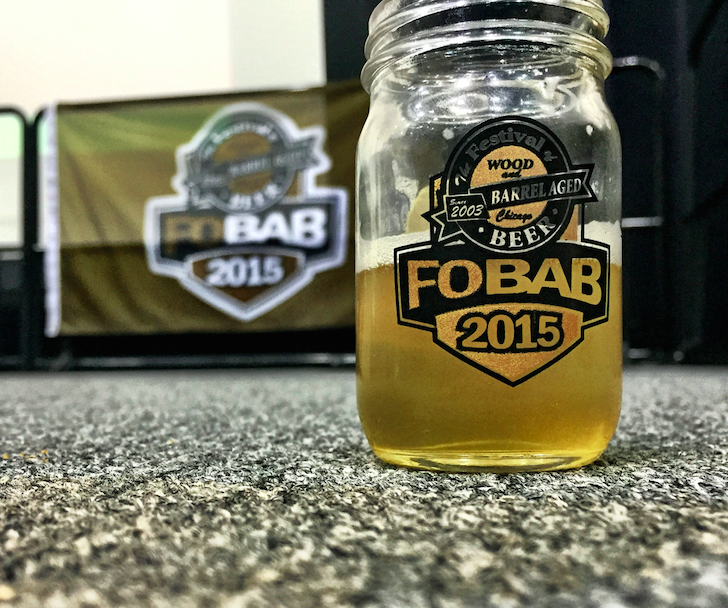 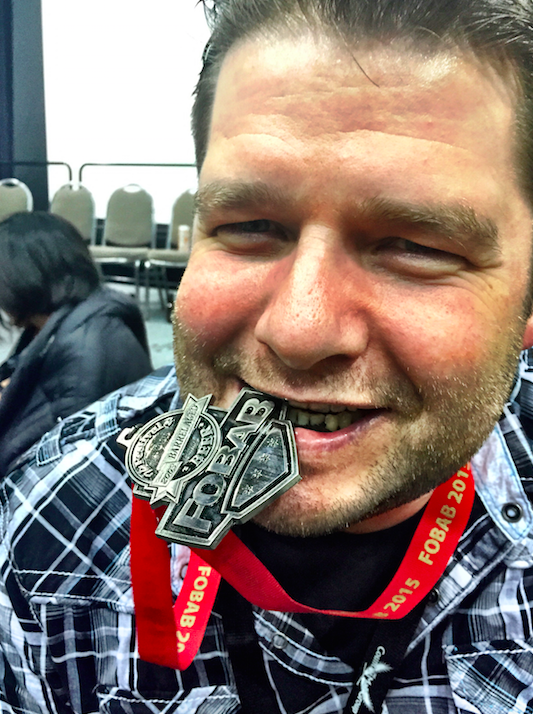 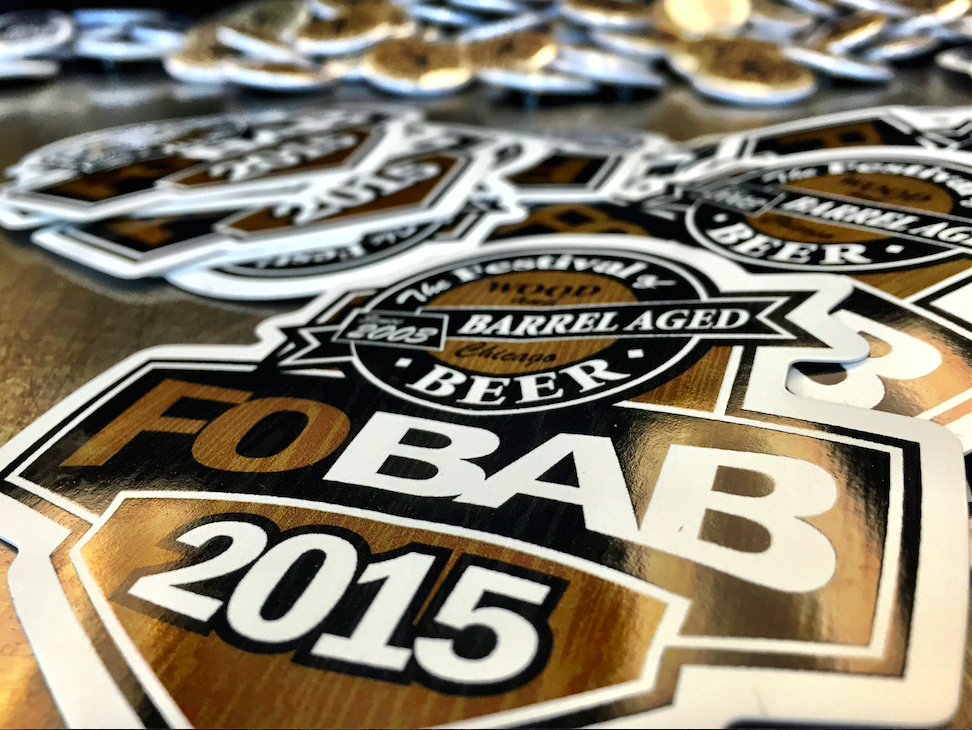 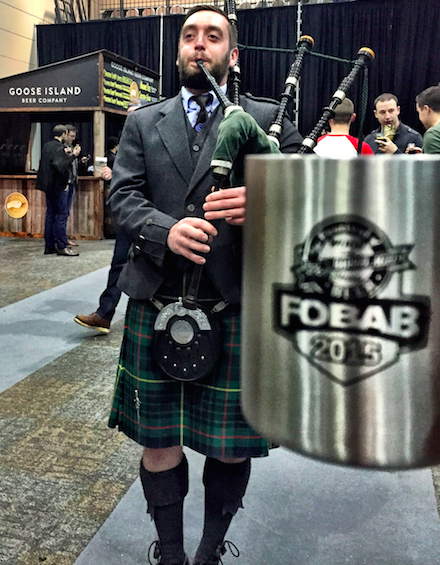 Each session began pouring at the sound of the bagpipes

-FOBABs BarricAle Project and the weekend’s top award, Best In Show were both sponsored by Goose Island. BarricAle featured barrel aged beers from more that 20 Illinois breweries. Heaven Hill barrels were the variable this year.

–Actual Brewing (Columbus, OH) made their FOBAB debut this year after a visit to Finch’s Brewing (Jefferson Pk, Chicago) to purchase a canning line. A conversation about the party came up inspiring them to enter this year’s competition.

-A 50/50 blend of Brickstone Brewing’s  Barrel Aged Coffee Dark Secret w Dark Matter Coffee + their Dark Secret w Raspberries was one of my favourites on the day. Both were aged in Elijah Craig 12yr barrels

-A big congrats to the entire Illinois Craft Brewers Guild and the countless volunteers that make this event a success. Including but not limited to Vikki Reid, Gary Valentine (FoBAB Director) Justin Maynard (ICBG Exec Director) Katie Long (Guild Coordinator) and of course the event’s founder, The Godfather, Peter Crowley. 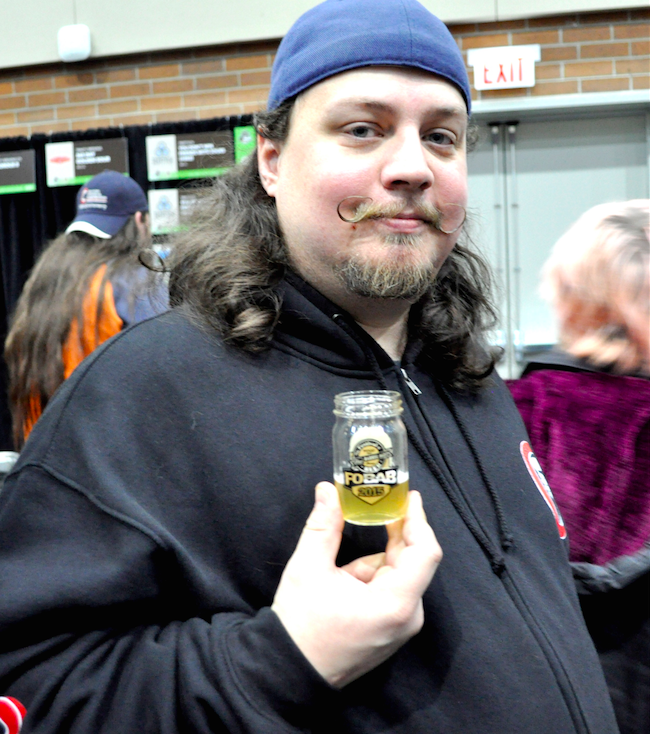 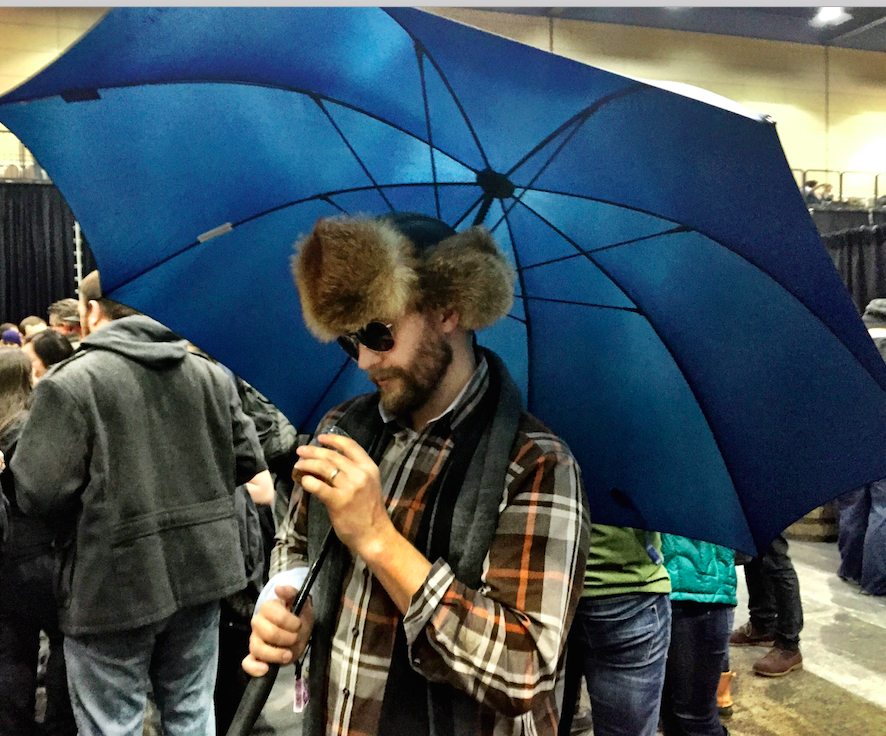 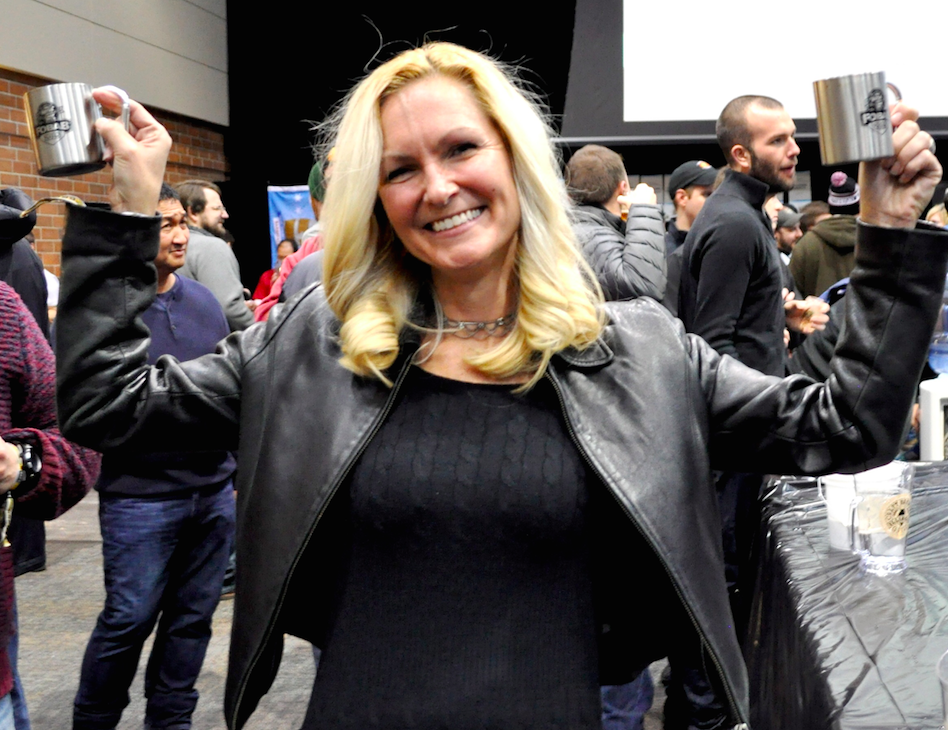 The Green Lady, Melani has been pouring these beers at her taproom on Lincoln Ave. long before it was cool. 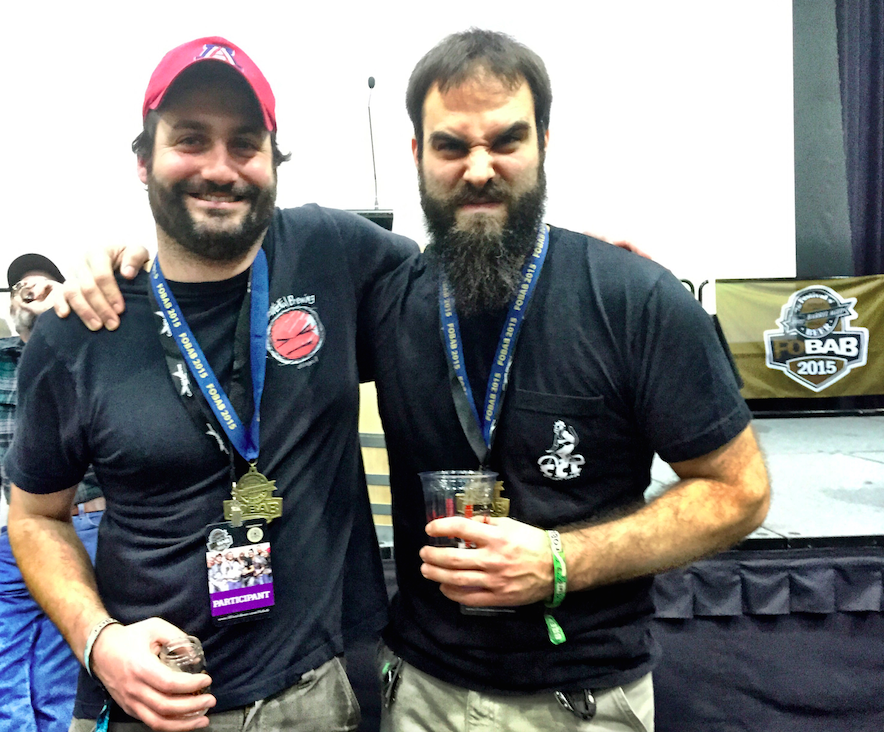 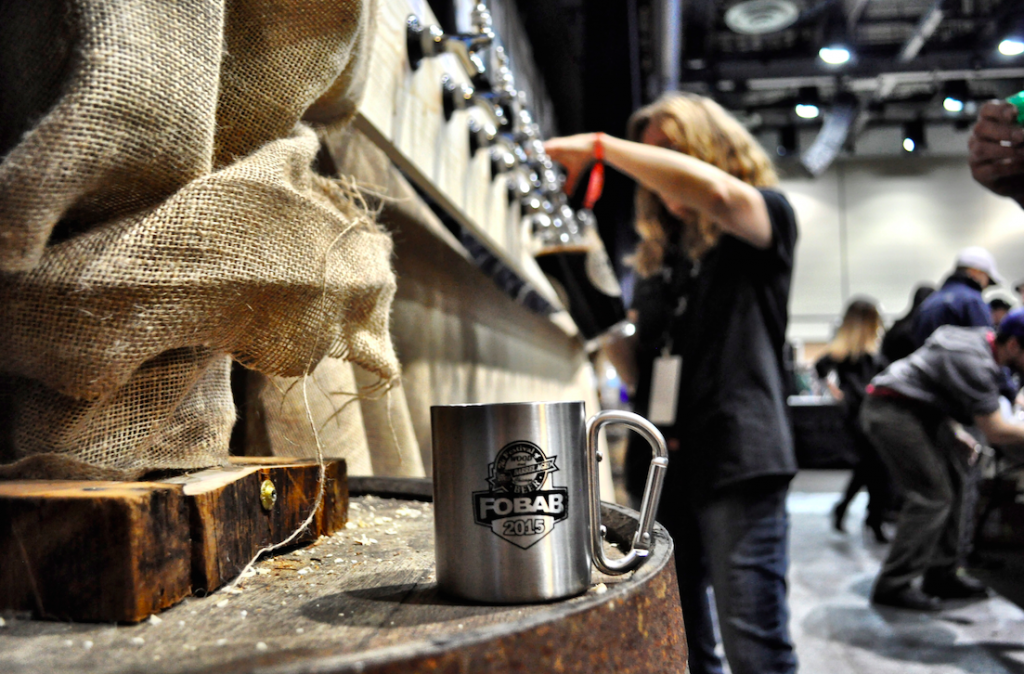 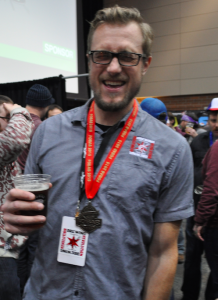