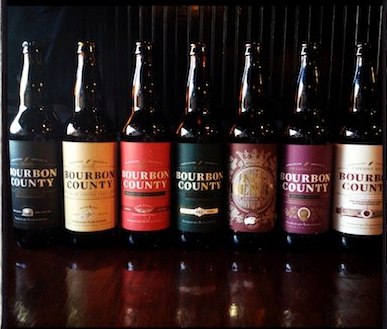 Goose Island brings the pain with a Black Friday tasting for the ages.

After the original Black Friday event of 2010, we left thinking it would be hard to ever top that experience. After all it was an event 25 years in the making…then this happened. Black Friday 2012 was even more insane than the previous two combined. A celebration of the biggest holiday releases Chicago has ever seen..by the only crew in town that could pull of such an event- Goose Island Beer Company. 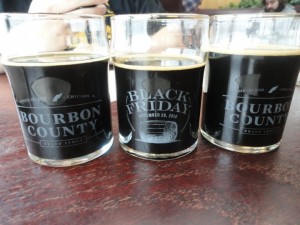 Actual bottle purchases were handled by Beer Adam across the street at Binnys Lincoln Park (The largest GI account in world). They opened their cellar and raffled off many of the bottles we would be enjoying at the brewpub for this 3rd Edition of Black Friday on Goose Island.

I have never been to a tasting quite like this one. It was different from most tastings for 2 reasons. First off all the pairings were desserts, 2nd was the energy from the guys who created these beers. The trio of brewers that hosted the affair were in rare form and unusually awesome. The conversation alternated between beers the public may never see ( Pere Jacques in Pappy barrels and a Kolsch infused w Intelligentsia Tea) to their thoughts on why they would never brew beers like BCS Vanilla again. Other than BCS Coffee, a beer that features a different coffee bean each year. The goal of the annual Black Friday releases is to create something epic, something never to be repeated.

Here is a peek at the dessert pairings.

On a personal note just 3 days after this event Barrel Program Manager and friend of  the website-  John Laffler stepped down to start his own brewery. 3 of the first 4 posts on this website were about the experiences we shared with him.  We are not writers by trade but John inspired us to craft stories. The Chicago Beer Geeks Private Tour of GI and the Goose Island BCS Vertical Tasting at Lush were two of the 1st articles we ever published. Much of what you see here over 140+  stories began over the bond we created as crew while hanging out at Laffler hosted events. We are excited as can be for his new venture but a small part of us is a bit emotional because it is the end of an era at GI. Overall his legacy at Goose and the addition of what is sure to be one of the most anticipated breweries of 2013 has me beyond excited about things to come. 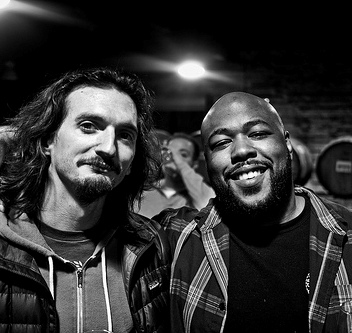