The 10th Annual Festival of Wood and Barrel Aged Beer 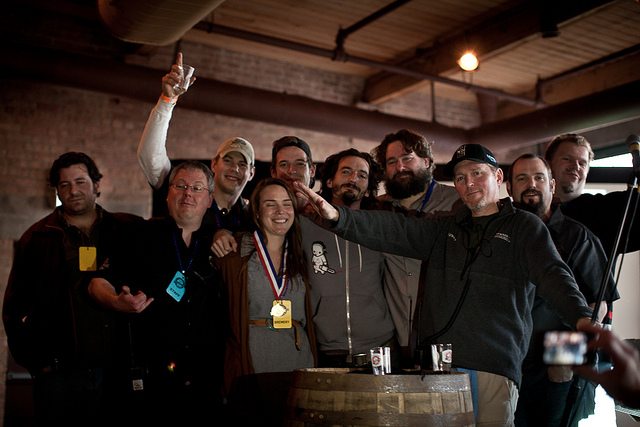 181 Barrel Aged Beers, 62 Breweries from 21 States. It is simply the standard for festival awesomeness in our city. The Festival of Wood And Barrel Aged Beers was the centerpiece to a weekend the likes of which I don’t think we have ever seen before. Breweries brought double what they typically bring to the event. The new venue – Bridgeport Arts Center was larger and more captivating than FOBAB’s previous home at Chicago Journeyman Plumbers Union Hall in West Loop. The Skyline Loft offered views of US Cellular Field as well as downtown Chicago…and then there was the beer.  Keith Lemcke-VP of  Siebel Institute said it best when we discussed the historical significance of using barrels to change the character of beer. Our proximity to Kentucky allows us access to distilleries where barrels are to experiment in ways that other cities don’t. Combine that with local, revered brewmasters like Pete Crowley, Greg Hall and others embracing these techniques and it resonates deeply into our beer culture.

FOBAB is our favorite party for a number of reasons. The biggest being it’s unparallelled taplist. Brewers fly in from all across the country to discuss their beers. Then they stay the entire weekend and let the good times roll at places like Haymarket, Piece and The Map Room. It’s also an Illinois Craft Brewers Guild event. An organization with over 40 Illinois Breweries and 30+ Associate Members.  You get to experience these beers with an audience unlike most events we attend.  Highlights for us included seeing Atlas and Solemn Oath take home medals in their festival debut.  The crowd raising a toast to John Hall for 25 years of craft brewing in Chicago was pretty righteous. I grew up in the south suburbs of Chicago so it’s always a treat to see Flossmoor Station win awards. Many people don’t know that that several former Flossmoor brewers now hold their own prominent positions in other craft breweries. Todd Ashman at (50/50), Rich Grant (Finch) and Matt Van Wyk (Oakshire) just to name a few. 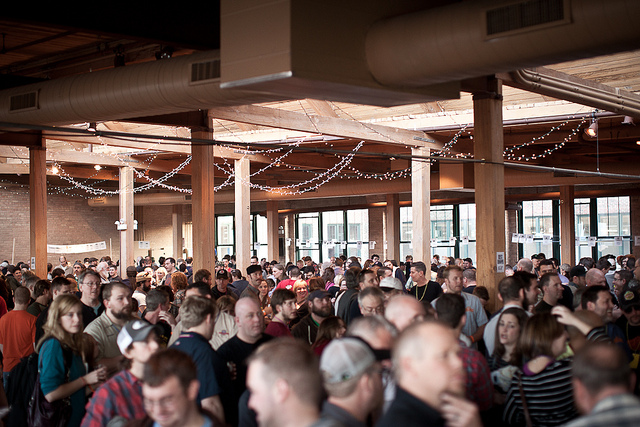 Mayan Gold from Jared Rouben at Goose was pretty magical, it was my first beer sample of the day.  A big, harmonious chocolate barleywine featuring Oaxacan chocolate hand crushed with Mexican vanilla bean that was aged 12+ months in Elijah Craig Bourbon Barrels.

We filmed a collaboration documentary for this event. Our pal Mark Skala is currently making video wizardry happen. The project is produced by my man Kent Weber from BeerFX and co-produced by Chicago Beer Geeks’ own Nik White (that’s me!!) 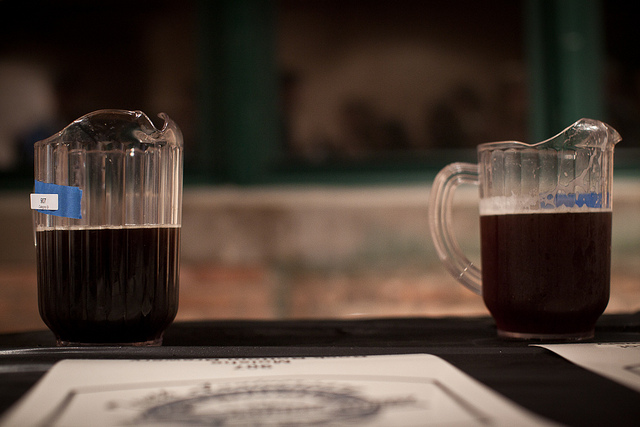 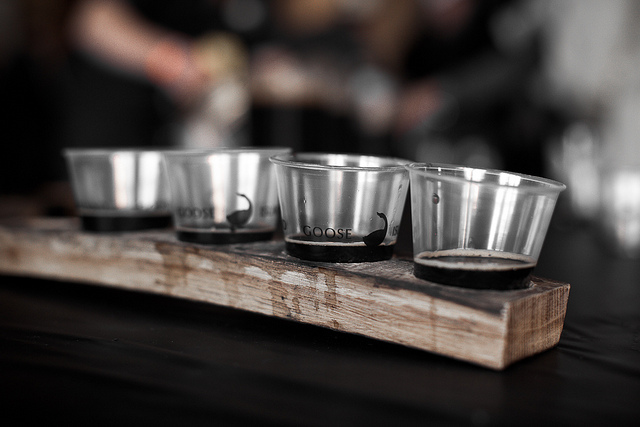 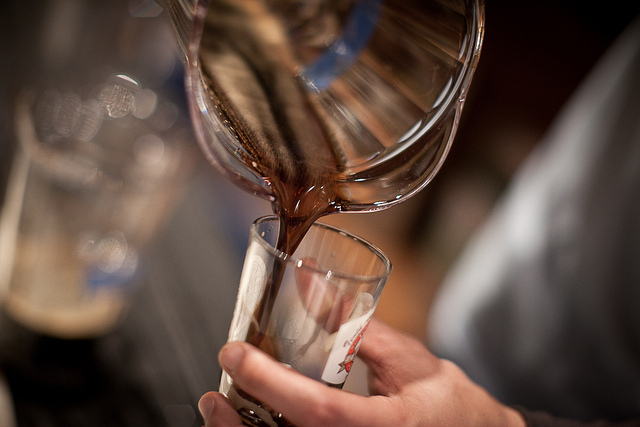 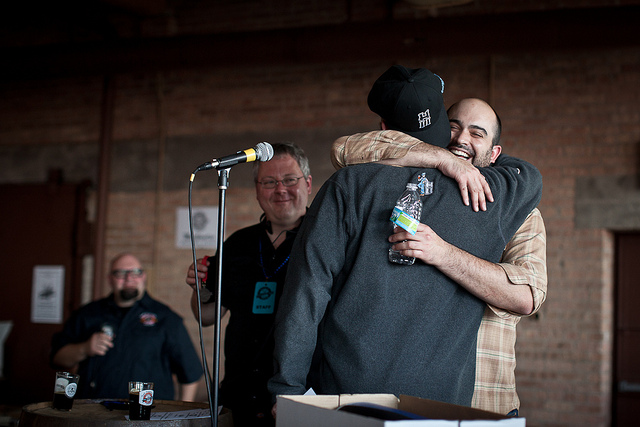 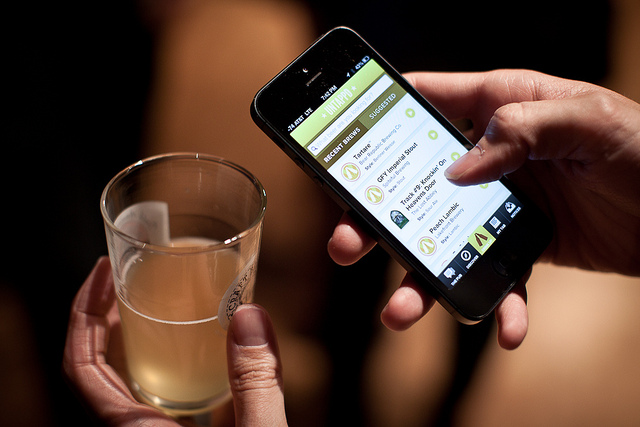 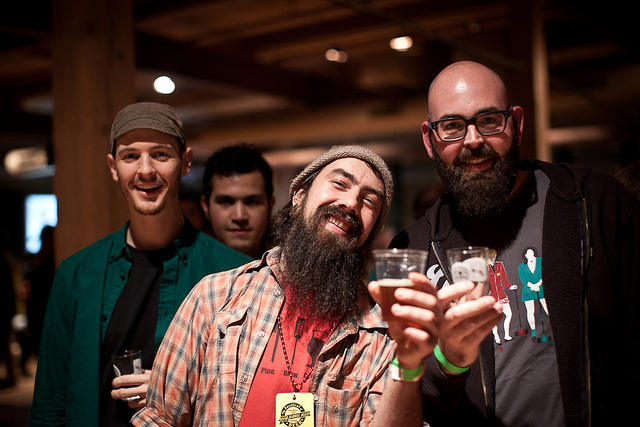 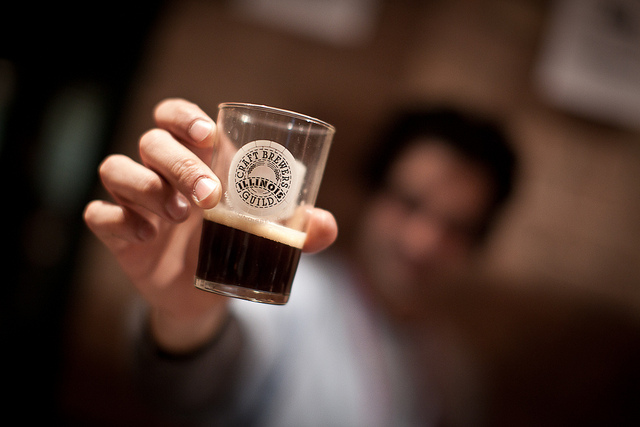 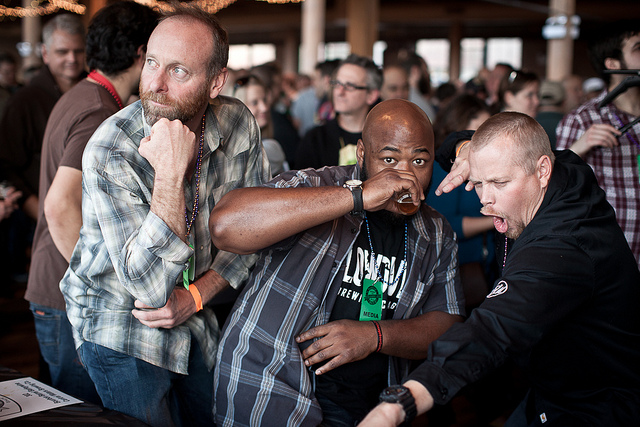 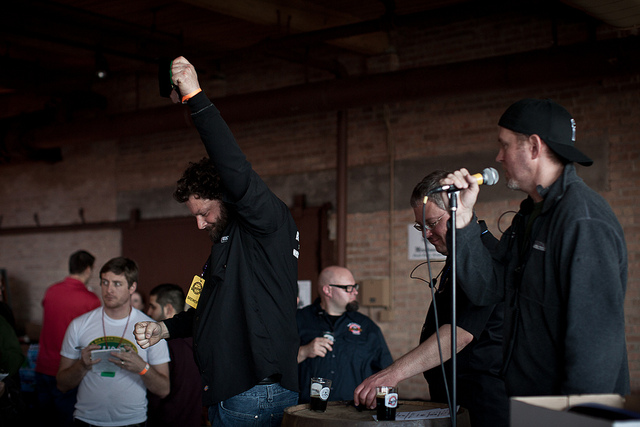 Here’s a look at the medal winners. 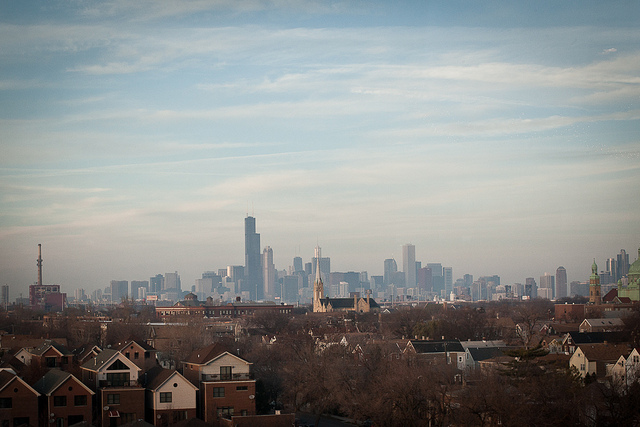