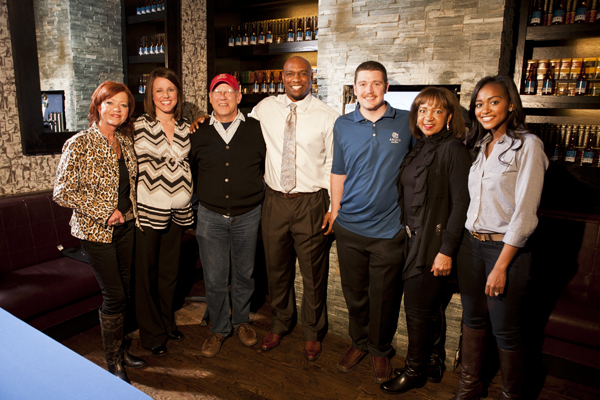 For those keeping score at home, this is my 47th article for CBG. This is, however, the 1st time I’ve followed the same crew for days around town for a beer launch. Argus Brewery is just steps away from the city’s historic Pullman neighborhood; it’s about 15 miles south of downtown. Their latest venture finds them teaming with entrepreneur and radio personality Jarrett Payton for an American Wheat Ale. Jarrett is the son of the greatest Chicago Bears player of them all – Walter Payton. Many people don’t know that the old America’s Roundhouse out in Aurora, once owned by Walter Payton took home a World Beer Cup Gold Medal in 2000 for Payton Pilsner. Jarrett shares his dad’s love for locally produced beer, seeing the success of those business moves no doubt played a role in the decision to launch his own beverage. 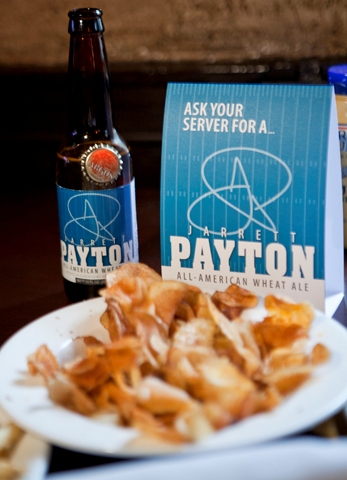 The All American Wheat Ale is a 5% ABV beer that is straw in color, moderately bitter with a subtle, fruit-like hop character that compliments this refreshing, wheat based ale. This beer does exactly what it’s intended to do; it gives party goers a local craft beer alternative to mass produced beers at popular local establishments. The bottle label is simple and classic with JP’s signature in the middle, and blue stripes patterned to resemble the hash marks of a football field. The gem of the launch weekend had to be the soiree at Public House. Former and current Chicago Bears were in attendance, along with local TV personalities like Ryan Chiaverini from Windy City Live and Co Host of Chicago’s Best -Brittany Payton. (Jarrett’s Sister) This place was packed, the Fire Marshall could have shut it down there were so many people there. The CBS Channel 2 camera crew, and their lead sports anchor made a brief appearance to document the occasion.

I like the strategy of having 4 launch parties over a weekend at sophisticated bars frequented by locals and tourists. Jimmy Green’s in South Loop is 2 blocks from the Chicago Hilton, not far from Soldier Field, and the perfect place to catch a game. Harry Caray’s in River North has long been a destination for out-of-towners and Cubby fans. It is also an Italian Steakhouse and, was the nice backdrop for a Sunday night drink where Jarrett and I recapped the weekend.

This beer will be made available for distribution in kegs and six packs around Chicagoland. JP also sees this beer at special events at Soldier Field going forward. The contract with corporate beer giants may prevent you from seeing it on NFL Sundays, but don’t be surprised if it’s an option at concerts and other events hosted in the 61,000 seat stadium. Argus is a family owned operation, father /son duo of Bob and Patrick Jensen inspired JP to pursue the venture. Their relationship reminded him of his relationship with his dad. 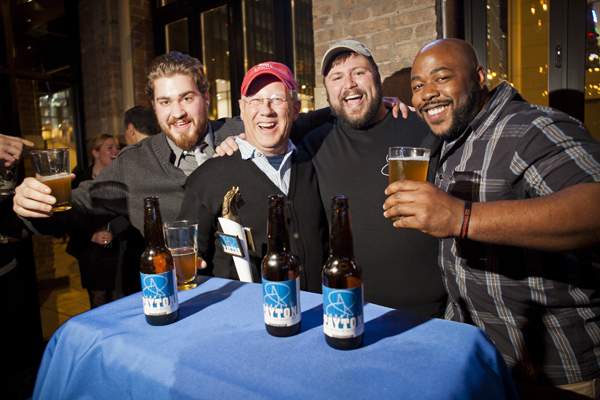 Whether you enjoyed it from a pint glass, out the bottle, or requested a proper wheat beer glass , the coolest part of this weekend was seeing craft beer highlighted in places for the most part in sports bars not known as craft beer destinations. Timothy Otoole’s will be hosting Solidarity : A Celebration of the hardcore in craft beer from both their locations at the end of the month. Aside from that party, craft beer rarely gets the spotlight at these bars. With the launch of the Jarrett Payton All American Wheat Ale, Argus made a splash in the mainstream – score one for the south side. 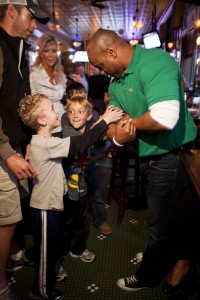