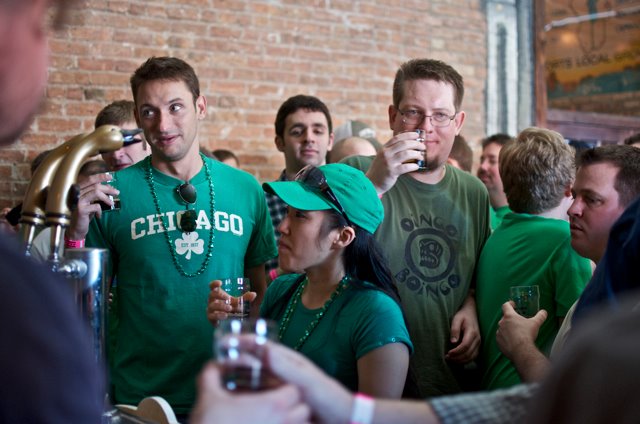 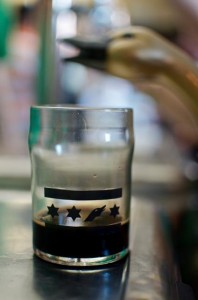 The tale of Goose Island is so much deeper than Honkers Ale, Matilda and 312. They are the most innovative collection of brewers this town has ever seen. Events like Stout Fest is where they really bring the thunder, the party showcased 12+ Chicagoland breweries and 1 special, out-of-town guest: Greenbush from Sawyer, Michigan.

John Laffler & Tom Korder as expected, came armed with an impressive array of Bourbon County Stout variations. Napa County BCS was aged for 2 years in a Cabernet Sauvignon barrel. The mind blower for me was Smoking Gun- a blend of BCS , BCS Vanilla &, Big John smoked with wood chips! The aroma and flavors at play on Smoking Gun were insane, the stout took on a s’mores effect that was very memorable.

Not to be outdone, Pub Brewmaster – Jared Rouben reminded us all of his love for stouts with 4 creations. Hansel & Gretel (8.1%)- an imperial stout aged in Rittenhouse Rye Whiskey Barrels w ginger, Madagascar Vanilla & South African Roobis Tea, may have been the best beer I’ve had so far this year. The coffee lover in me was blown away by the aromatics on D-Day American Stout (7.1%) made w Intelligentsia Coffee, Normandy Calvaldos Smoked Pears and vanilla.

Stout Fest this year literally sold out in about 90 seconds online. It was an all star affair where every brewery invited came to impress. Ive always been a huge fan of Rock Bottom Yorktown, the Piggin’ Out Bacon Imperial Stout came with a ‘holiday car bomb’ – a bacon stout infused jello rum shot.

It was nice seeing our friends over at Wild Onion, kudos to those guys on the Grand Re-Opening of their pub this past weekend after renovations. Chatting with the Pipeworks guys is always a treat, I had no clue they were doing self-distribution through the city. (Respect!) My buddy Darien told me after visiting the Greenbush brewpub that their brewmaster Scott Sullivan “doesn’t brew by style Nik, he brews with emotion!” Scott encouraged me to check out City Provisions at some point soon as the deli would be tapping a barrel aged version of Terminator X- his collaboration with Chef Cleetus Friedman in the near future. 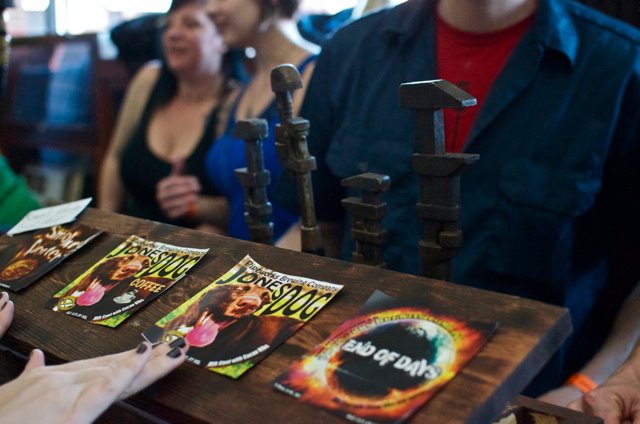 The awesomeness of Indignant Stout from Haymarket and the Hell’s Black Intelligencer Oatmeal Stout from 3 Floyds just made me smile in appreciation of current craft beer scene here in Chicago. It also made me wonder to myself, are there any stouts bottled/canned year round in the city?

Goose Clybourn is a favorite festival spot of mine because their parties always include the brewers. The space is small and boisterous, very few gatherings give you the chance to converse with some of the city’s best brewers in that type of setting.

These guys throw one helluva party, the annual Goose Island Stout Fest is the only way to celebrate St. Paddys Day…except no substitutions. 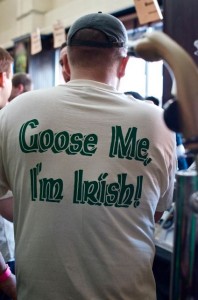