The Romance of Brewing at Dovetail in Ravenswood’s Malt Row 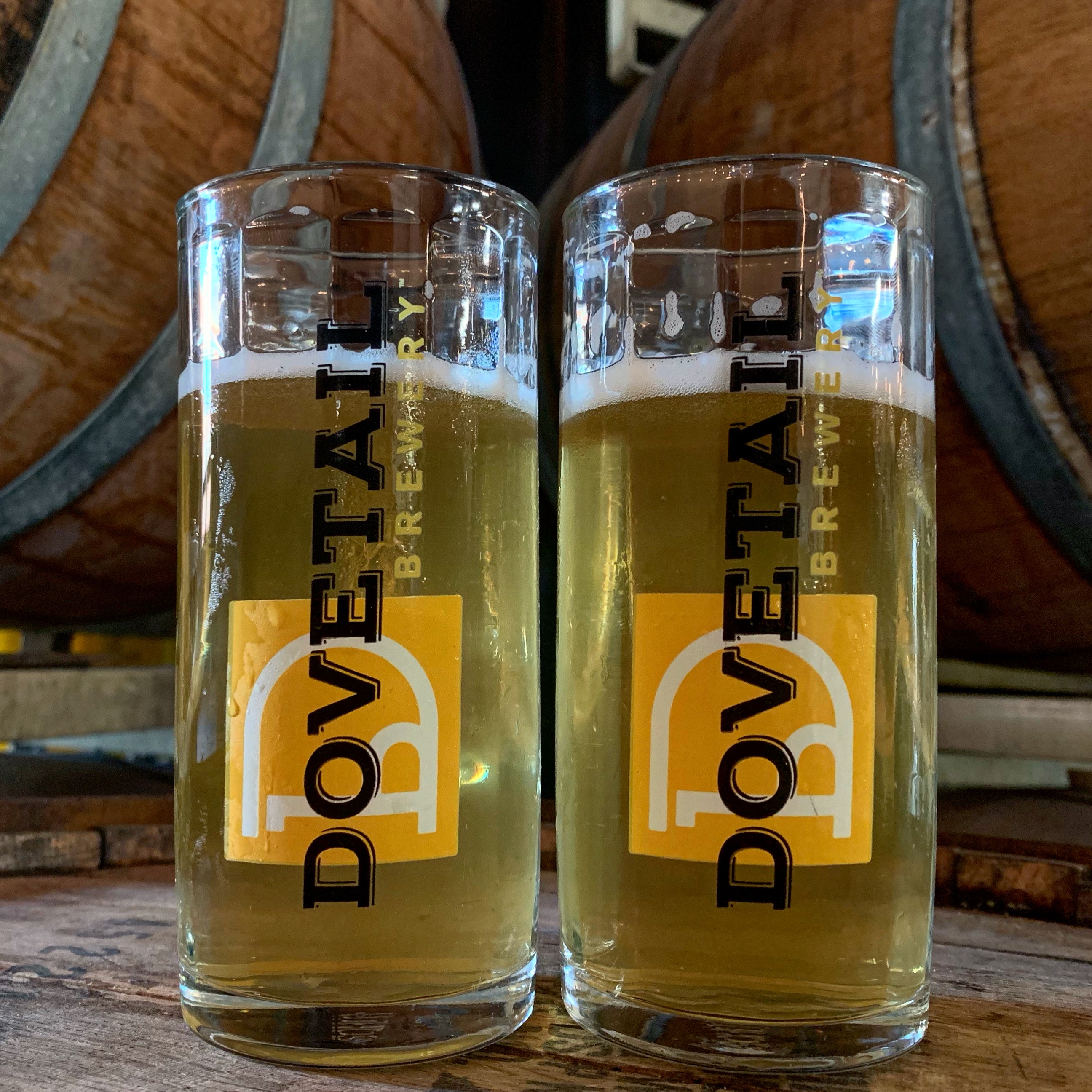 Insane IBUs + sick hazies wont be found here. This is the home of lagers, helles, and beers inspired by the Lambic tradition. Despite their craft niche, it’s very rare that they wont have something you are looking for.

The two Dovetail founding brewers came together at Doemens World Brewing Academy in Gräfelfing, Germany. “Dovetail” refers to a joint that holds together without nails or wood. The motif can be seen on tap handles, cans and through the two-story Ravenswood taproom + brewery. The romance of brewing is very evident when you enter the brewhouse.

There’s a 100-year-old Weihenstephaner copper tank on the brew deck. The vessel was found chopped in half on the Bavarian countryside. This repurposed functional piece of history now serves as the reservoir for their reverse osmosis water process.

All the minerality is removed with a little added back to replicate the soft beautiful Plzen water in the Czech Republic. Traditionally many beer styles are determined by the quality of water in the area they originated. To make European styles you the water profile of the area it originated. Chicago has harder water and is held in the hot water copper tank; its also used for a turbid mash which works as the base for spontaneous beers.

Practices and equipment found here are more likely to be seen in family owned European breweries, but not often in modern American run craft brew houses. 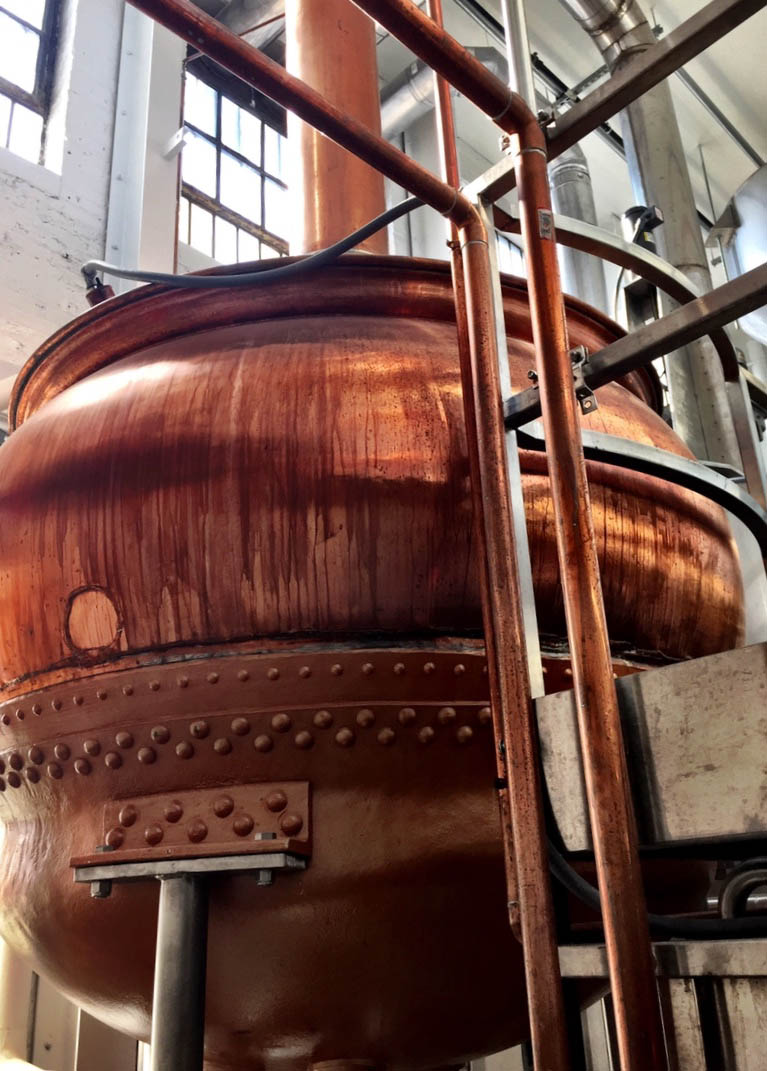 The Koelschip
This brewery is 1 of maybe 5 American outfits that don’t have a whirlpool and roll every batch through a koelship. Before refrigeration,  you needed a way to have the wort get to a temperature that was suitable for adding yeast to it. 45-60 mins in this vessel and the wort is scolding hot; No other bacteria can survive at that temperature.

When they opt to let it sit 12-24hrs, temperatures drop allowing a playground for wild yeast. At that point, it becomes a very hospitable environment for yeast to colonize the wart. Aged hops also have anti-bacterial qualities perfect for yeast and less suitable for other bacteria. When the koelship is filled the room is transformed into a beer sauna. You get more flavor from the grains, its also an ode to traditional European styles.

Wild yeasts are around us all the time, that’s just part of being in the world. The beer cleans itself up to where no microbe cultures can survive. For Dovetail’s spontaneous fermented beers they sit overnight and require and rest for 1-3 years in barrels. 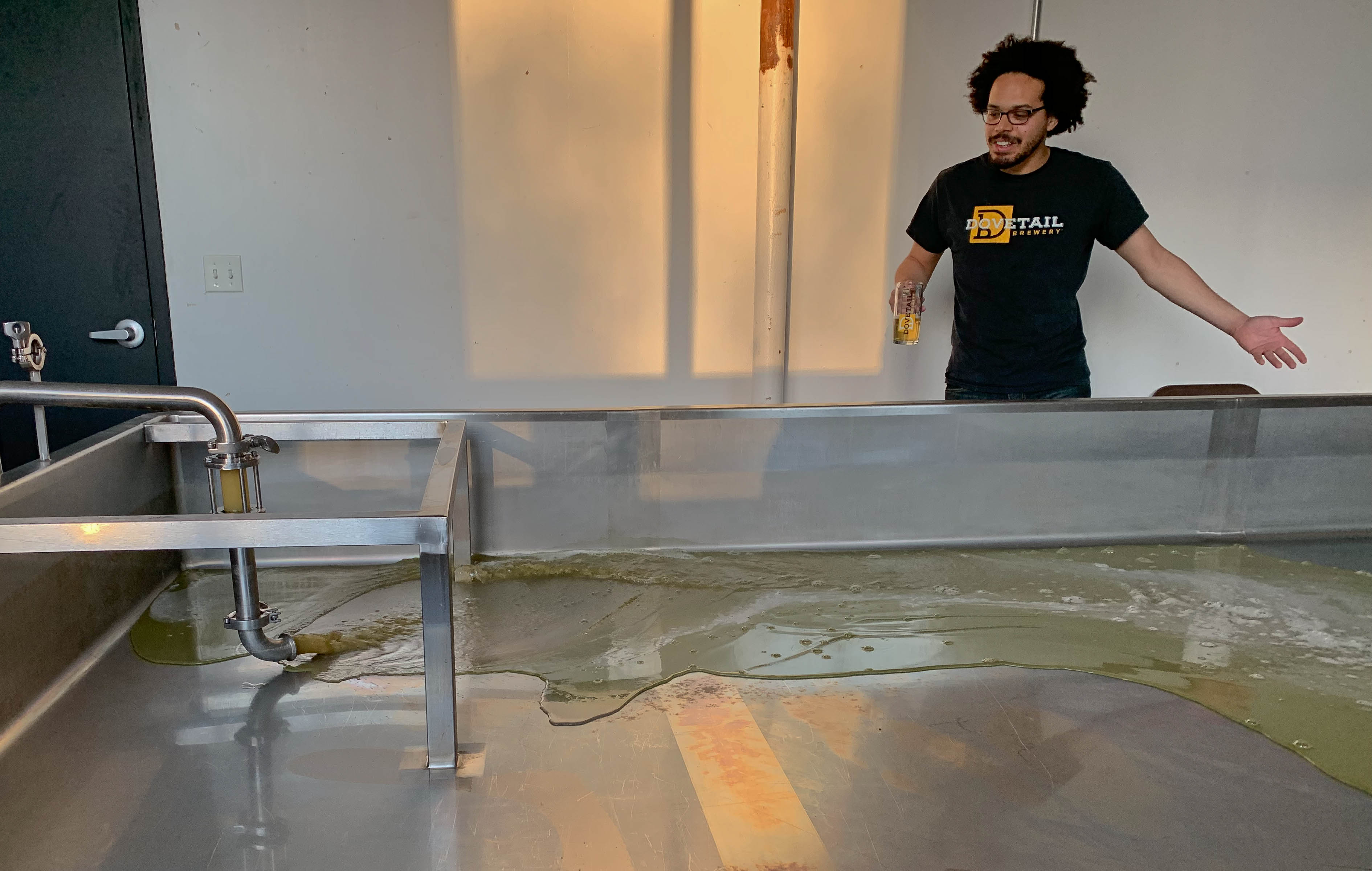 The Barrel Warehouse
The amazing smell of freshly fermented wild beer is a serene backdrop. It takes years to express the vision of the brewers with these collections. Upstairs, adjacent to barrel warehouse is the perfect event space for weddings, corporate parties, bat mitzvahs and everything in between. First off, fucking barrels surround you.

It’s always a gamble because no barrel aged liquids will taste exactly the same..,,even if the exact same liquid goes in the different barrels. Here, the collection is both whisky + wine barrels for the fill. Brewers only want the wood character so each barrel is cleaned for a semi porous neutral vessel where the yeast can perform its magic.

The Dovetail game is making very straight forward; simple expressions as perfect as possible. Clean and pure lagers are their specialty. Even the fermenters have a wider footprint and use open tops because it’s best for yeast health. A wider space means less liquid pushing down on itself. If CO2 is stuck in a vessel its stressful for yeast. Minimizing this stress for yeast is priority number one.

Everything here takes the slow, long hard route. They tie up capacity to allow beer to age to perfection. Dovetail wants the best version of each brew. If they can’t crank out a fresh batch every week as a result, then so be it. 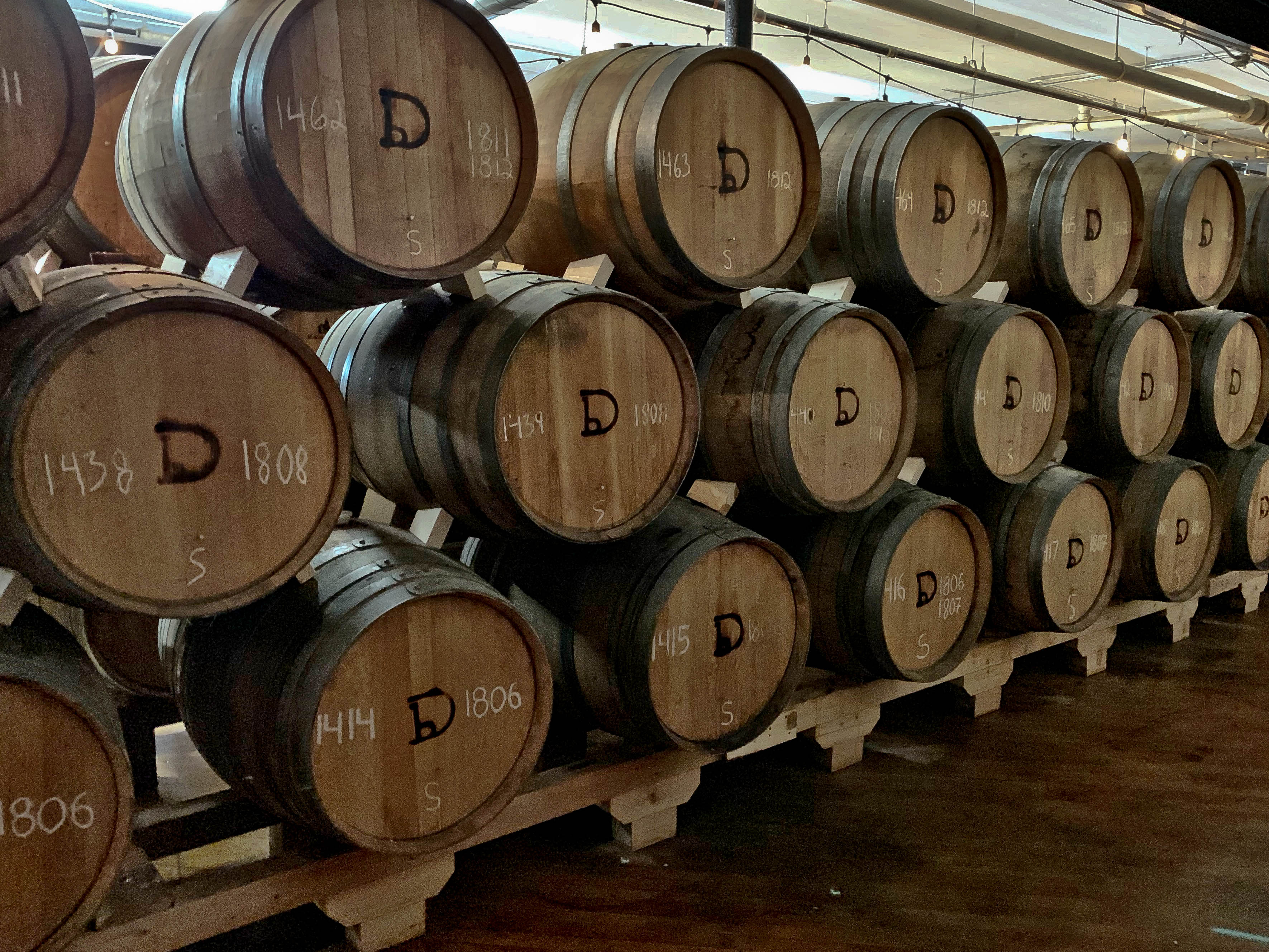 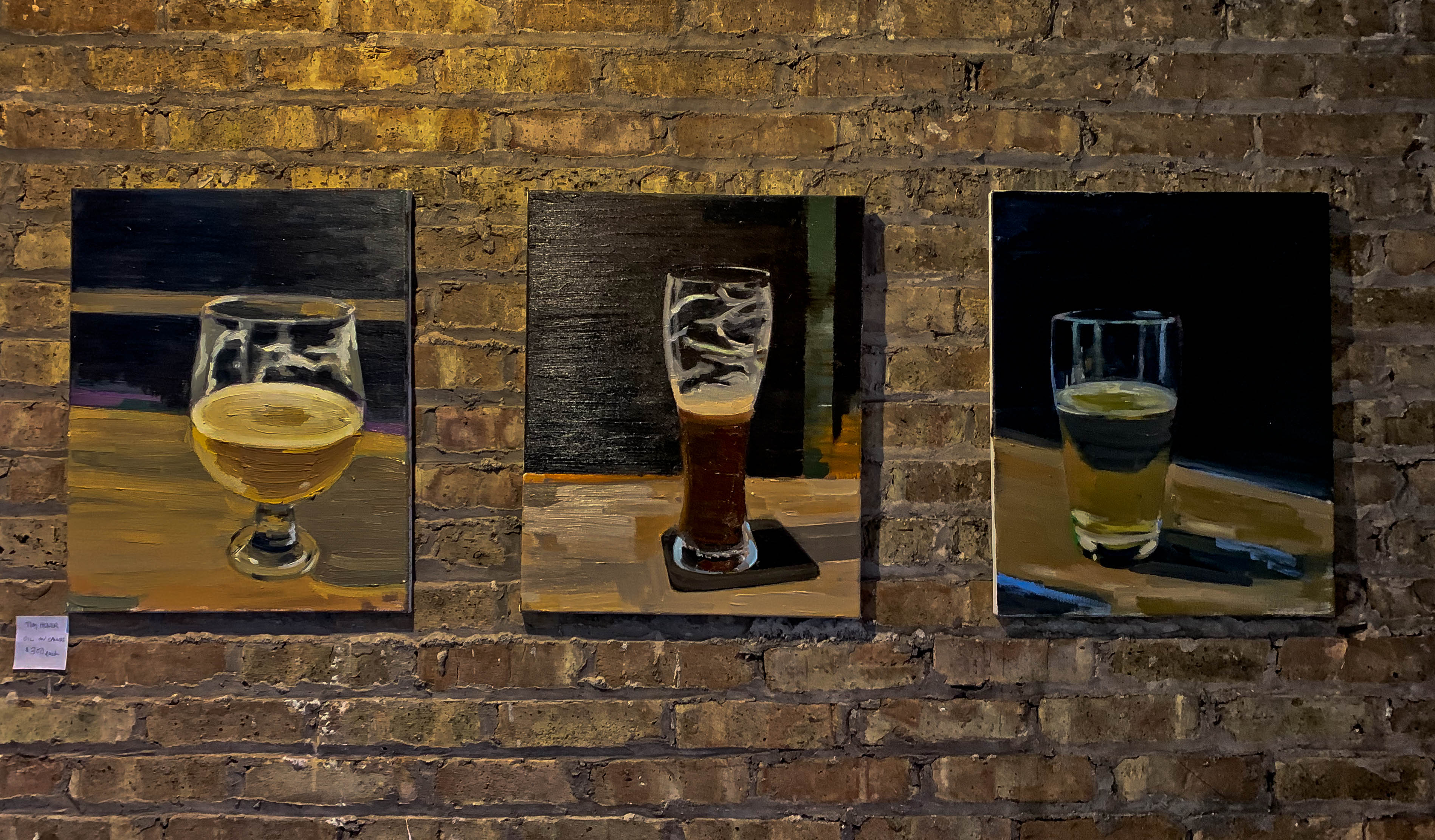 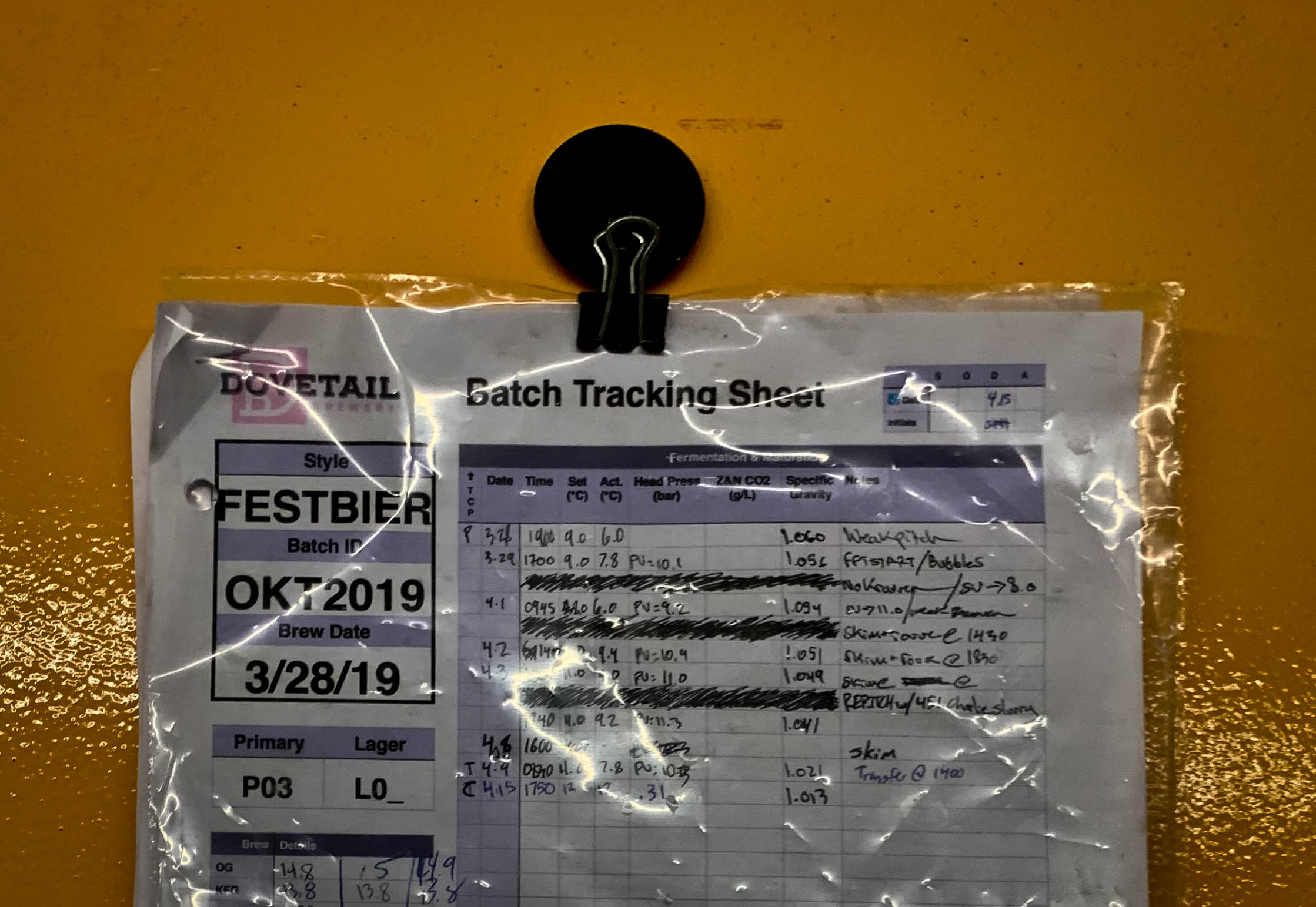 Festbier will lager for 7 months 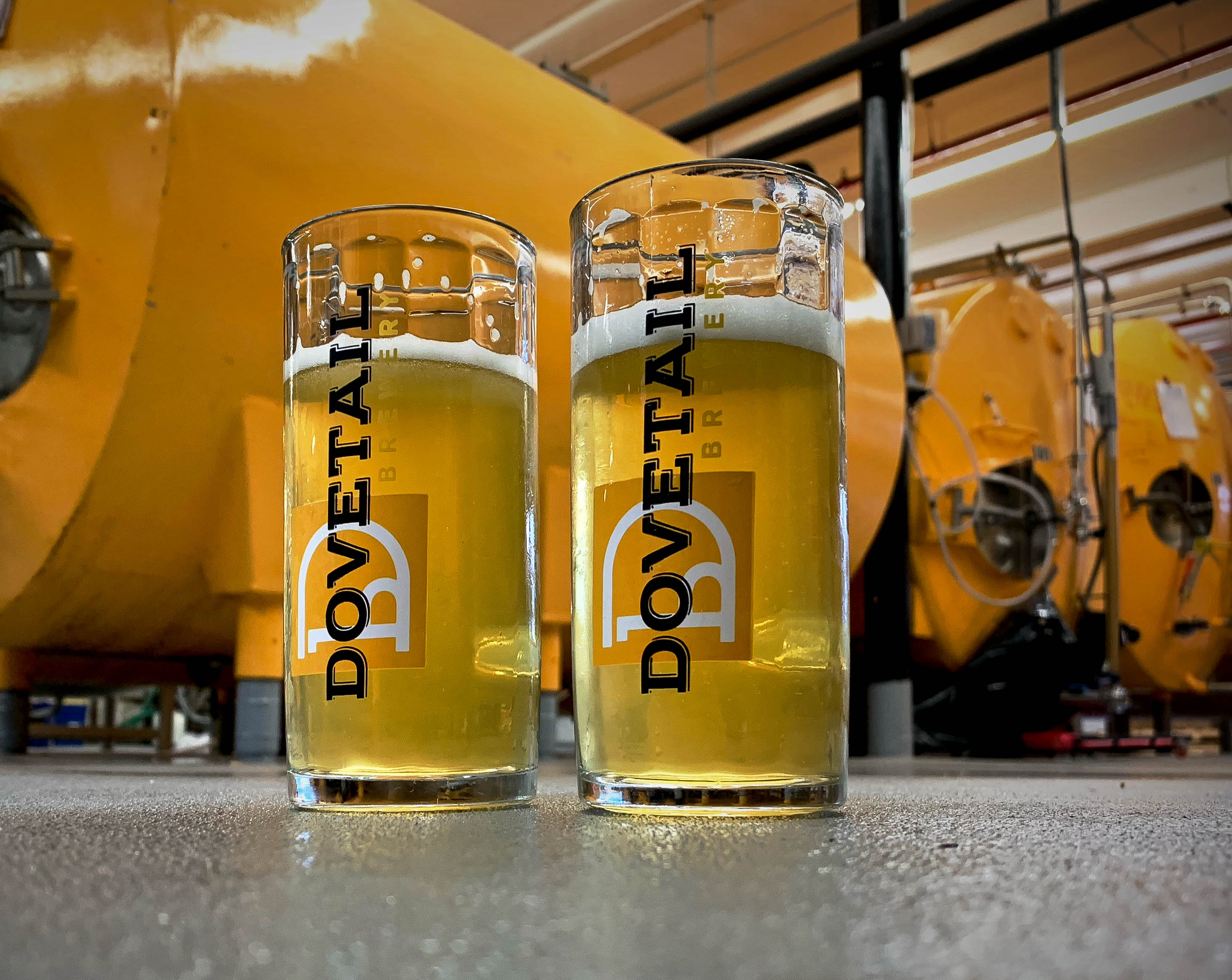 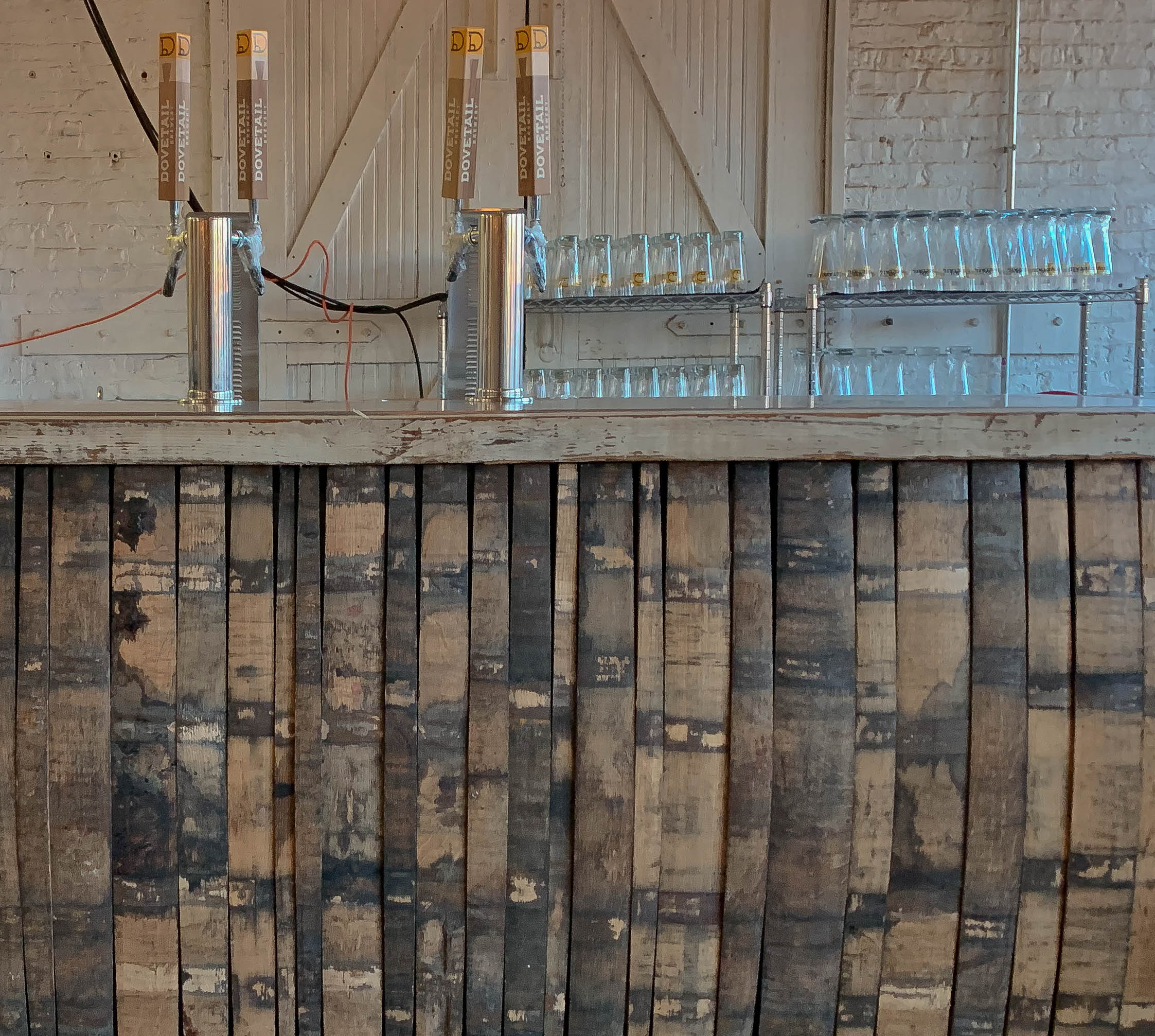 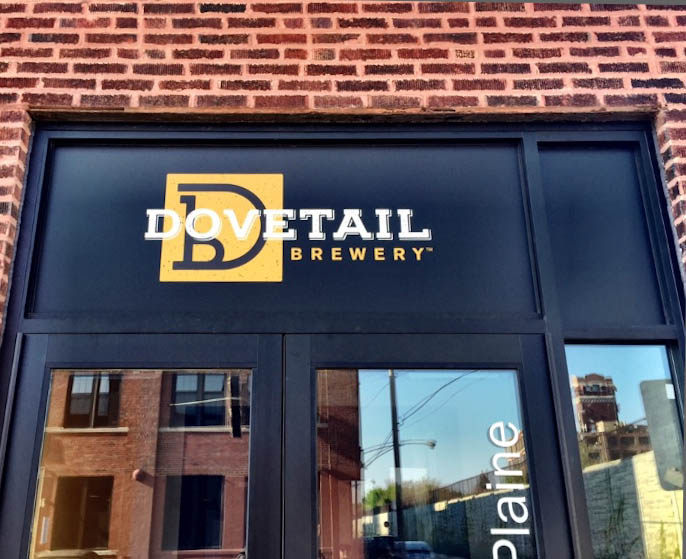