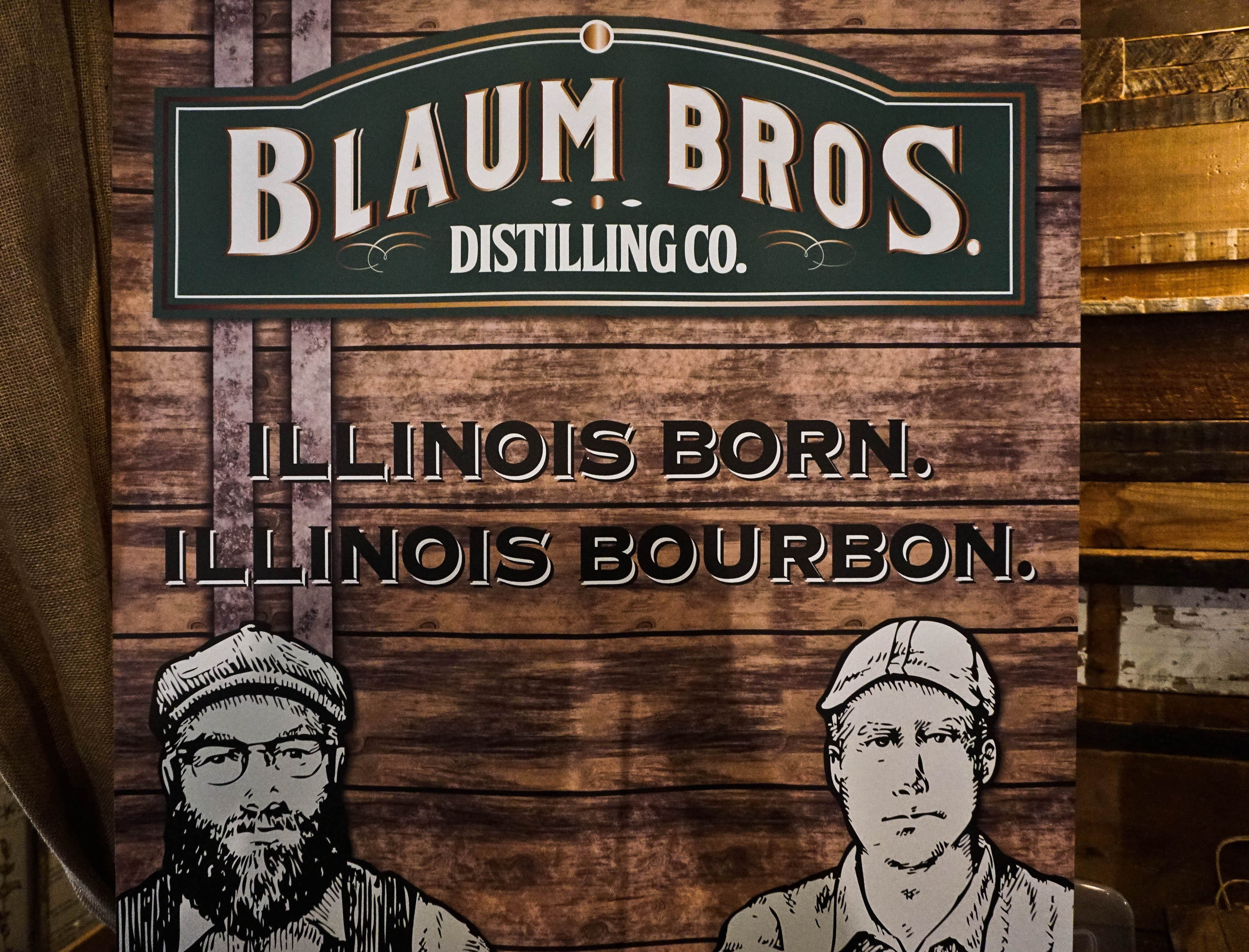 The Blaum Brothers made the three hour cruise from Galena, IL to chat about the a journey that took them from running nuclear pharmacies + working for the NSA respectively, to making whisky celebrated by nerds from every part of our region.

Longevity is the game with Matt + Mike Blaum. Don’t expect them to package up the operation and sell to a larger producer. There are no shortcuts here, all the way down to using full 53 gallon barrels when aging. They are not Illinois oldest distillery, but they do produce the oldest distilled bourbon in the state.

Old Fangled Knotter Bourbon is the offering that has made this crew a household name in the bourbon community. Bottles retail for $90 with single barrel store picks going for as much as $900 on the secondary market. The source spirit for that one begins at MGP, a 170-year-old facility just across the river from the classic Kentucky based producers. Some of the juice Blaum acquired from Lynchburg is about 12yrs old now. 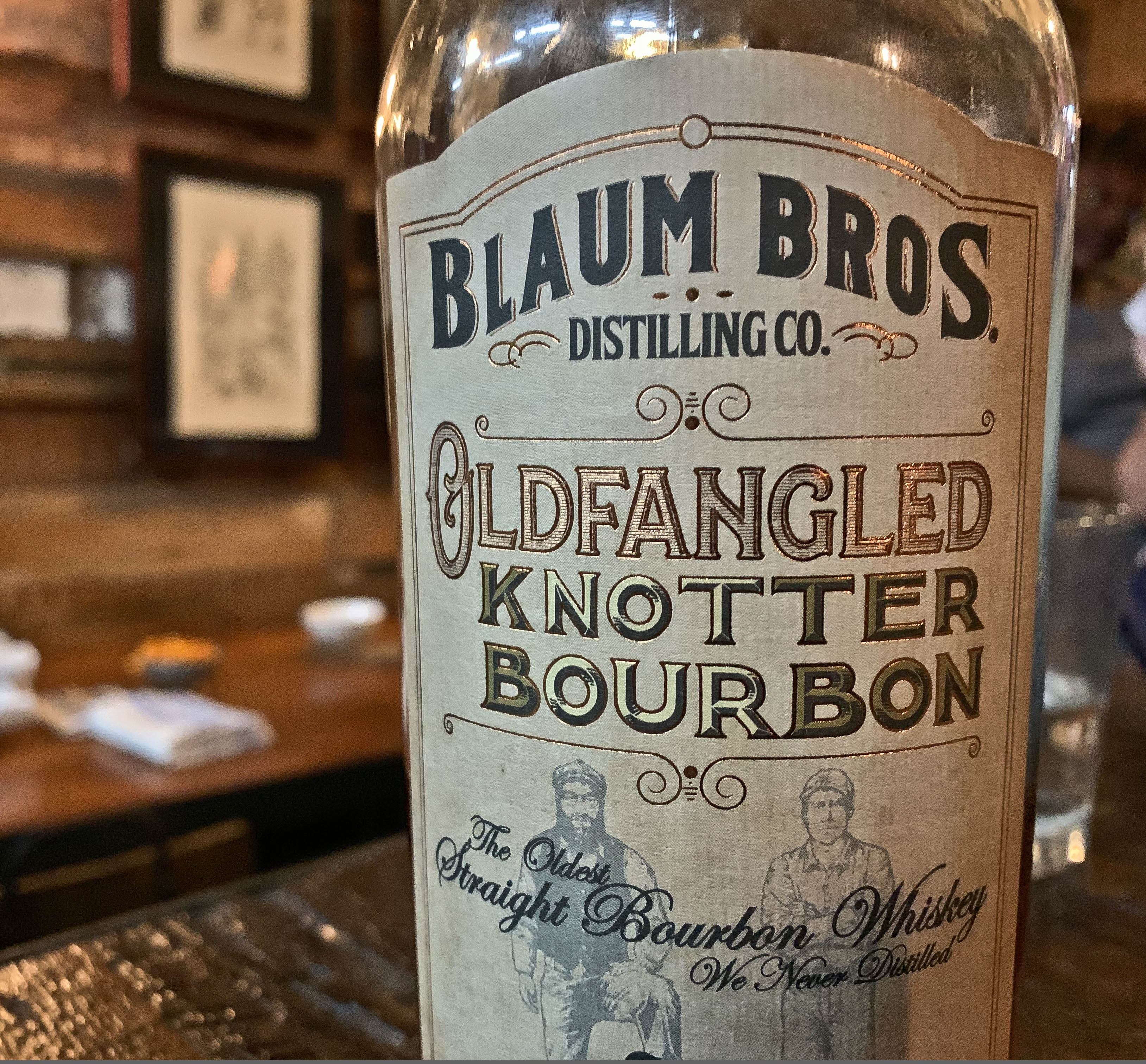 one of the oldest distilled bourbons in the state

Strength of portfolio was the most impressive feature of this Meet The Founders event. Well that and the account they chose to spotlight is one of our favorite breweries in town. The most fun we’ve had on location in recent memory was a chat in the brewhouse with Randy Mosher and team on location at the former movie theatre turned brewery.

4yr is the youngest bourbon they will sell and it’s phenomenal. All grains and corn are sourced from a single llinois farm outside of Rockford. Galena is 10 mins from Iowa, a state with more corn where corn its a lot cheaper. The few extra bucks to make it an all Illinois product is worth it.

“Our faces are on every bottle so we want to do it our way and feel proud about it. So no shortcuts.” –Matt Blaum

The six-product line started with a vodka. Vodka keeps the lights on when you’re taking bourbon seriously by aging it for years. One thing that was never planned was to make flavored vodka. It was never even discussed. There was a bloody mary bar introduced at the distillery in year one. Fresh jalapeños, habanero peppers and peppercorns were soaked for 3 days in a mason jar. 4 bottles then 8, then batches of 20 were sold.

The decision to make it an actual product offering has resulted in a cult following for Hellfire Vodka. They’ve been approached about saving 60% on each bottle by replacing fresh ingredients with a chemical, but the brothers declined and insist on doing things the old fashioned way. 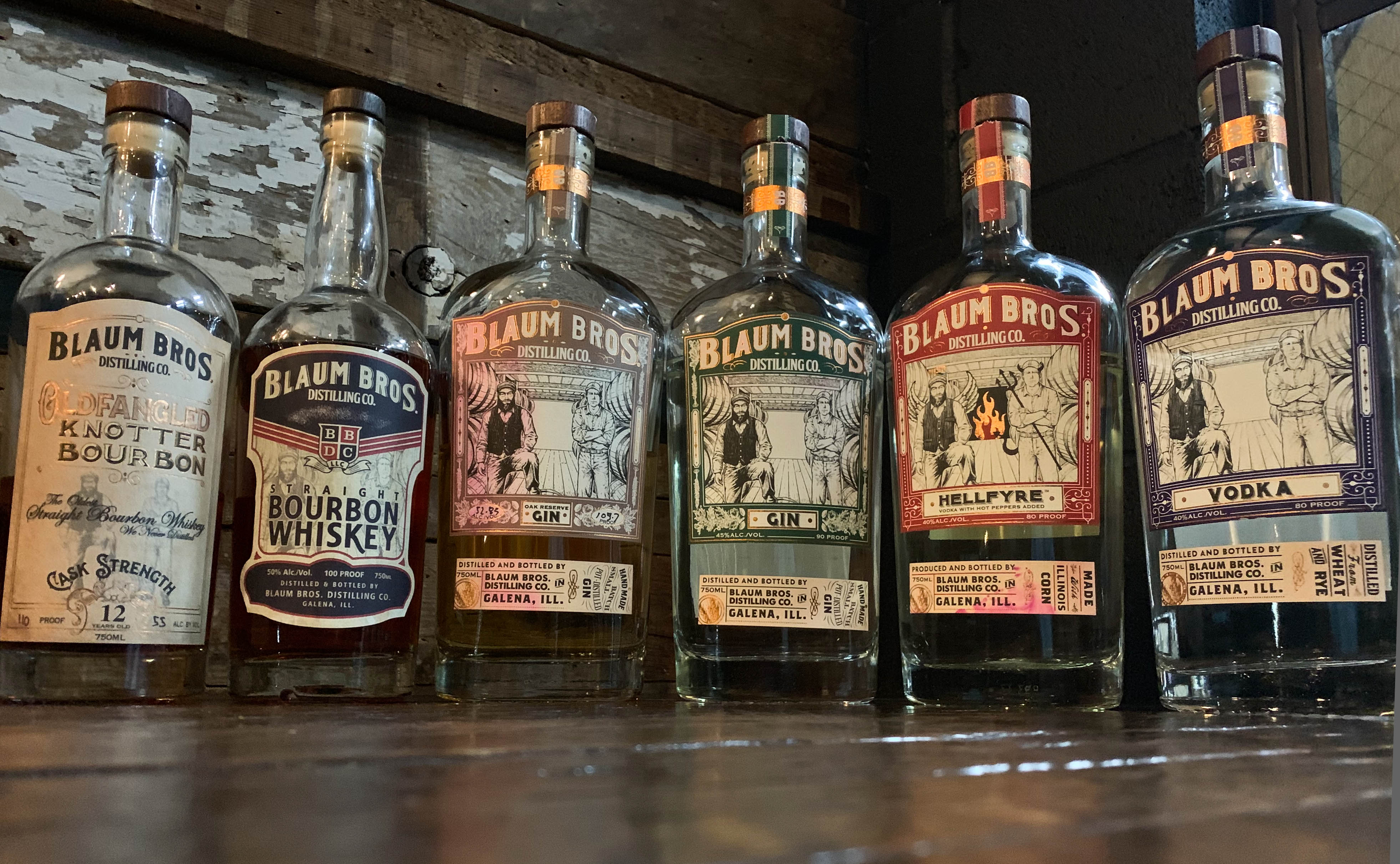 the year round core lineup 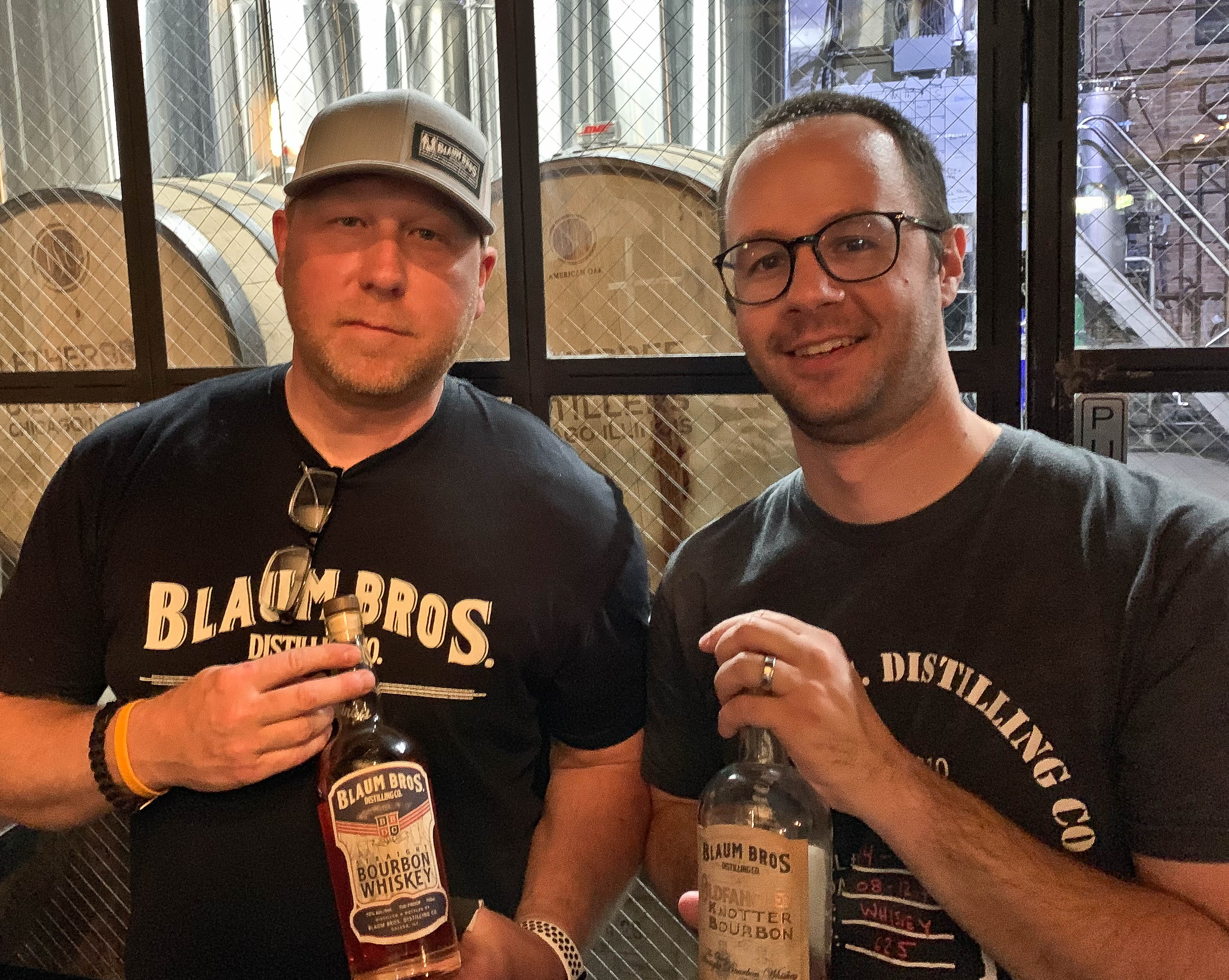 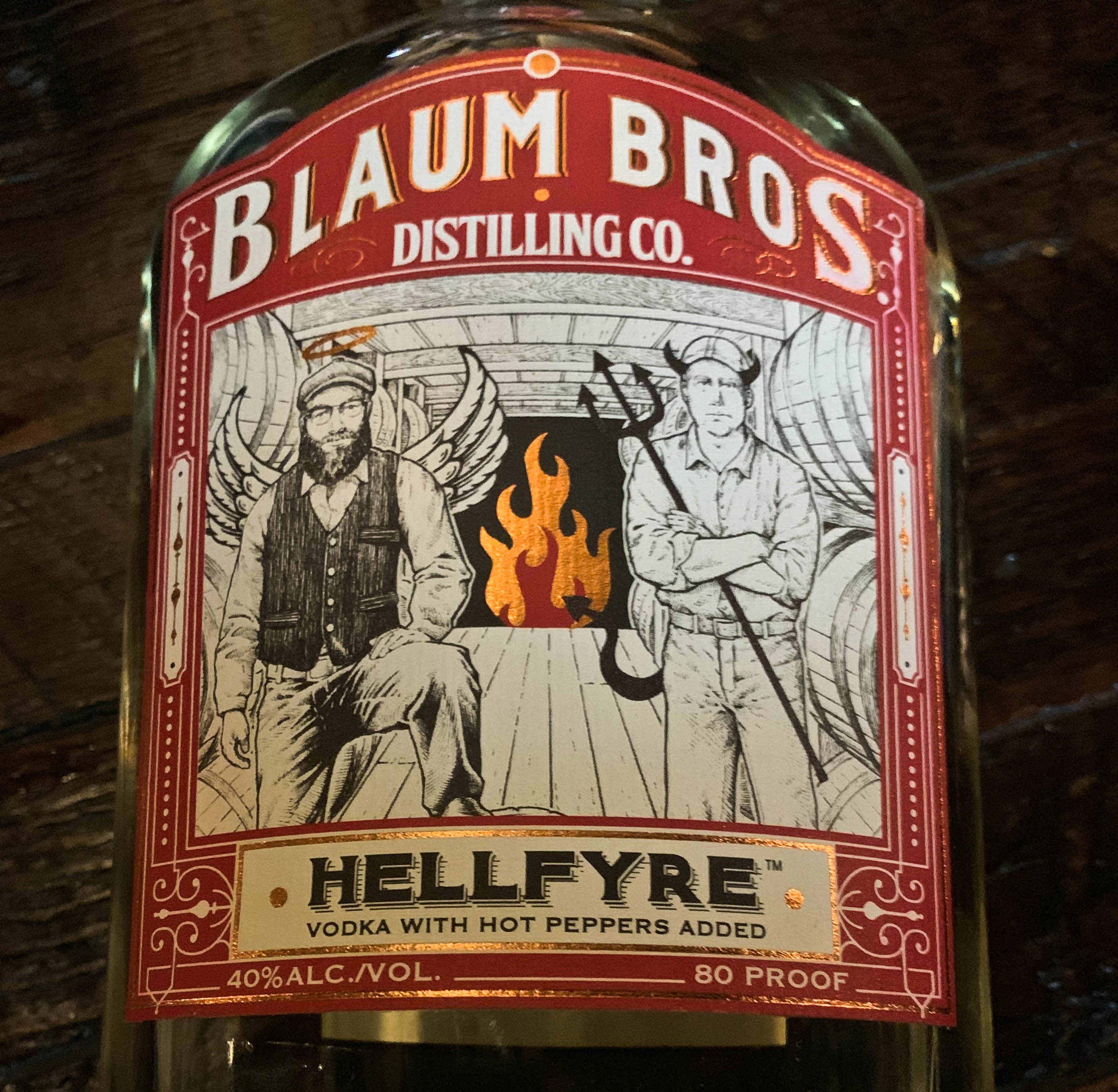 made with Illinois corn 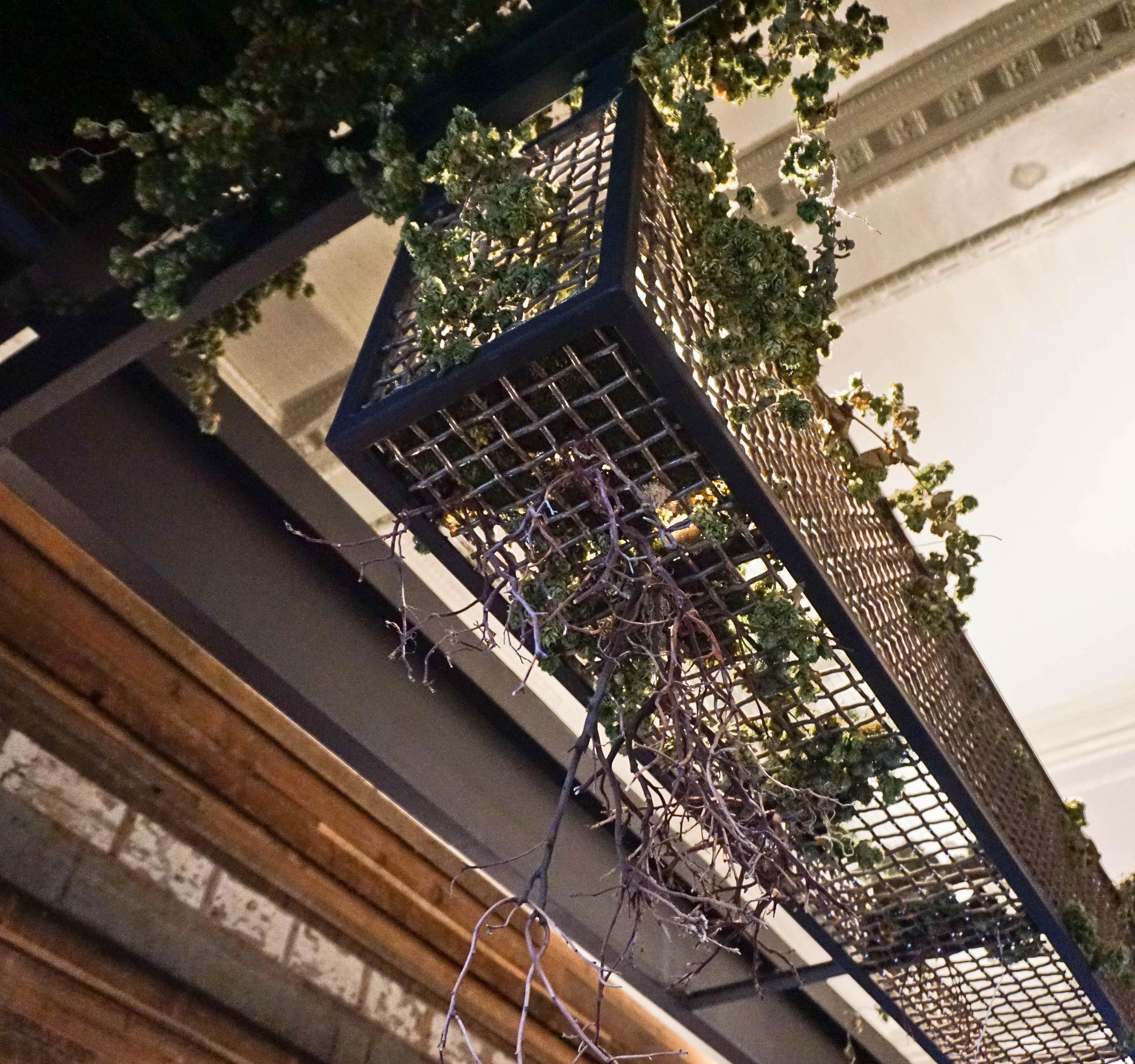 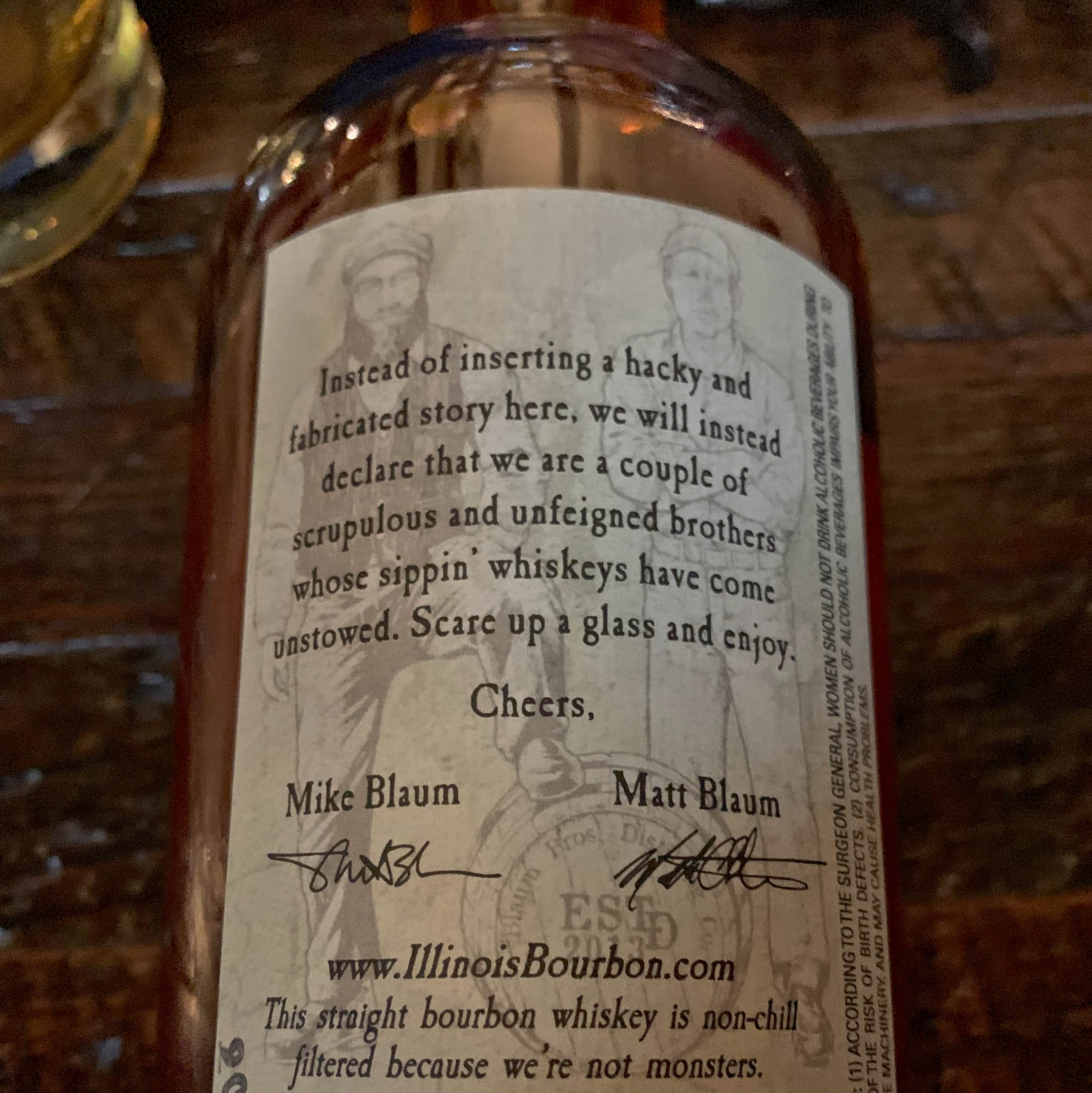 “Our faces are on every bottle so we want to do it our way and feel proud about it. So no shortcuts.” –Matt Blaum

Hellfyre isn’t a melt your face off novelty. It’s a balanced green, organic liquid tasty beverage,  a good blend of heat and flavor. It’s just as good in chocolate martinis as it is in fruit juices. The sweet/ heat combo is unreal. They have to use masks, gloves, goggles for the deseeding of peppers by hand.

The gin offerings are reverse engineered to achieve desired profiles. 25 single botanical gins took three weeks to blend in the development stage until landing on the five botanicals they use today (juniper berries, coriander, orris root, fennel, orange peel). The magic in this equation is to distill all five separately and marry them together at the end. The barrel aged variant is layed down for 18 months.

A road trip to the rolling hills of Northwestern Illinois wasn’t on the radar at all until we met these cats from Galena.

Other Notes:
-A limited release absinthe is available at the distillery. Currently Delilah’s and Smylie Brothers are the only accounts to carry this passion project.

-Expect an imported funky, punchy barrel aged rum to be ready for release next year. This wont be a spiced Capt. Morgan rum at all. It’s an old school way to proofed down with Jamaican black molasses.

-The Oak Reserve gin series changes casks with each batch. Currently Batch#5 is aged in bourbon barrels for 12 months. bourbon, rum barrels, madeira wine casks and agave barrels are scheduled for that series.

-Blaum Brothers Distilling is voted the #1 tourist attraction in Galena on Trip Advisor. 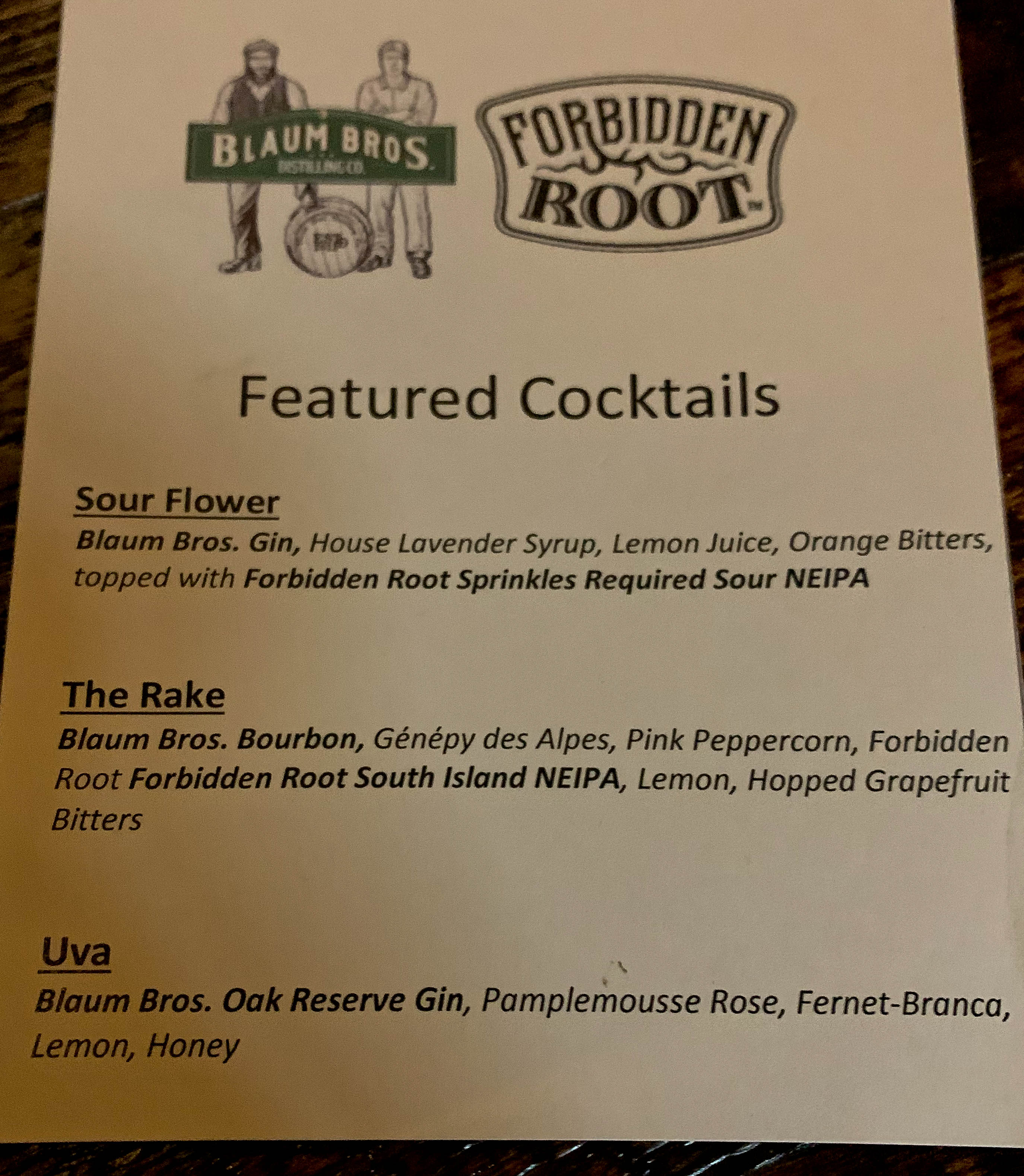 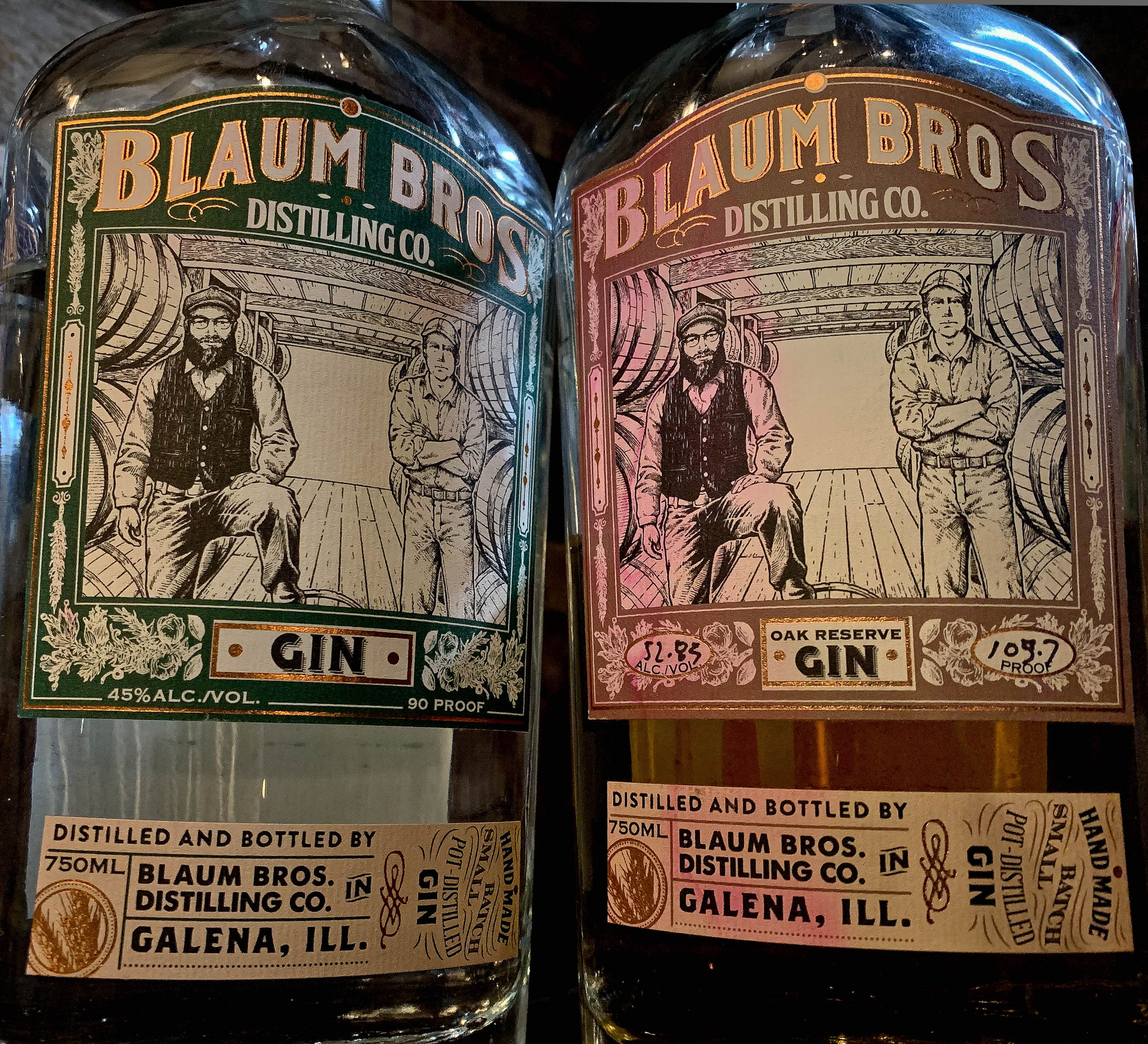 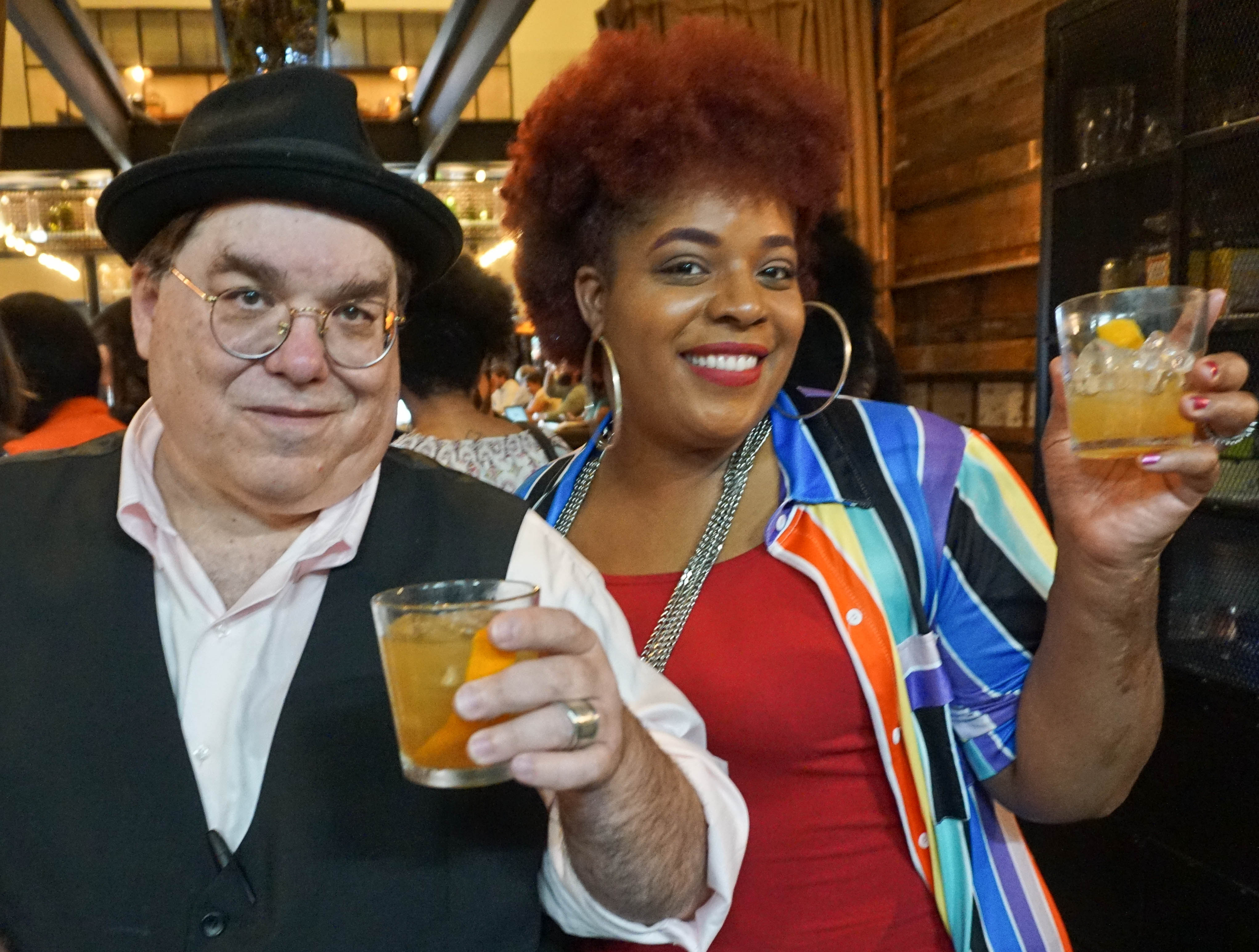 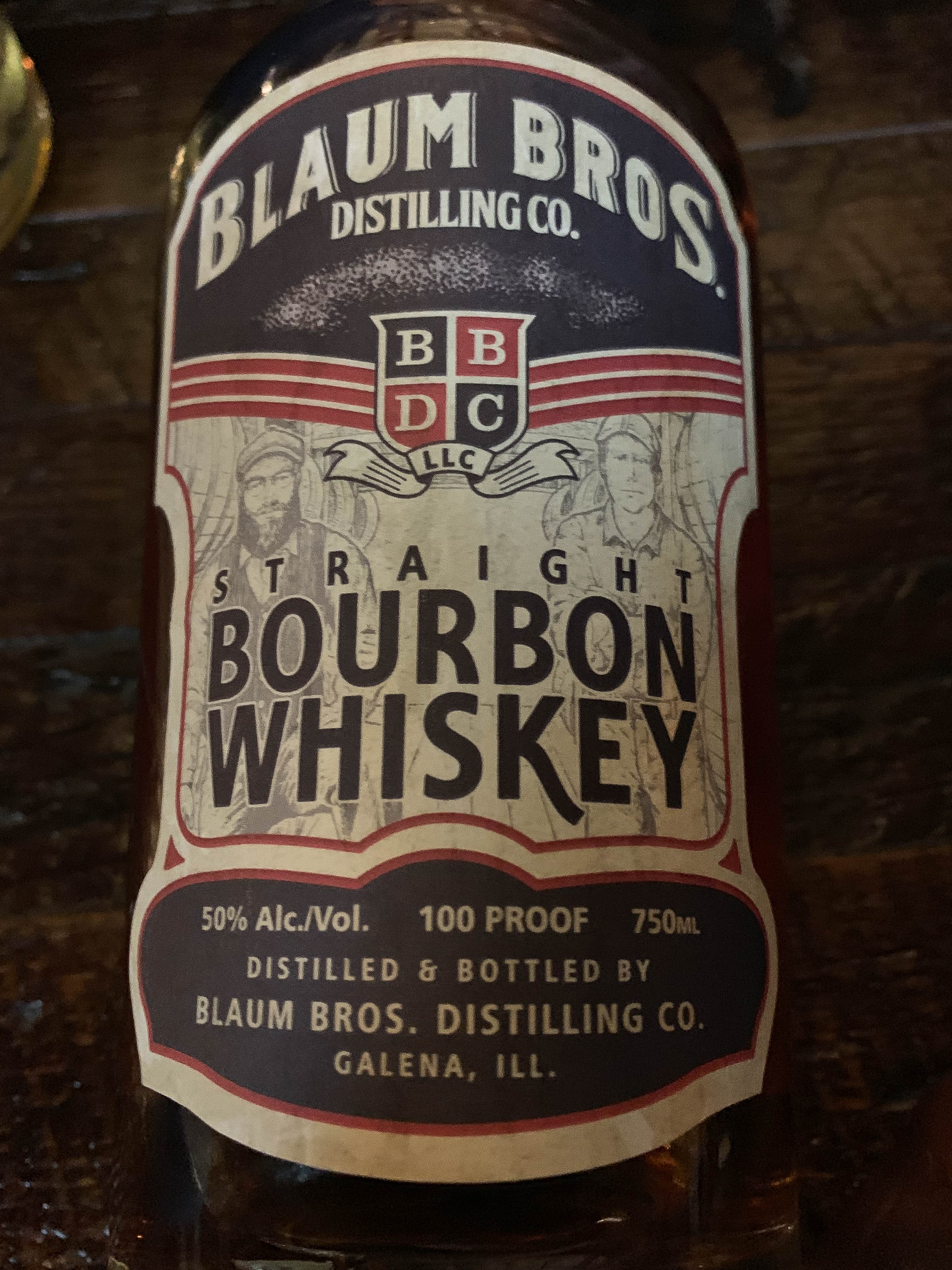 the youngest bourbon Blaum will ever release, their 4yr straight