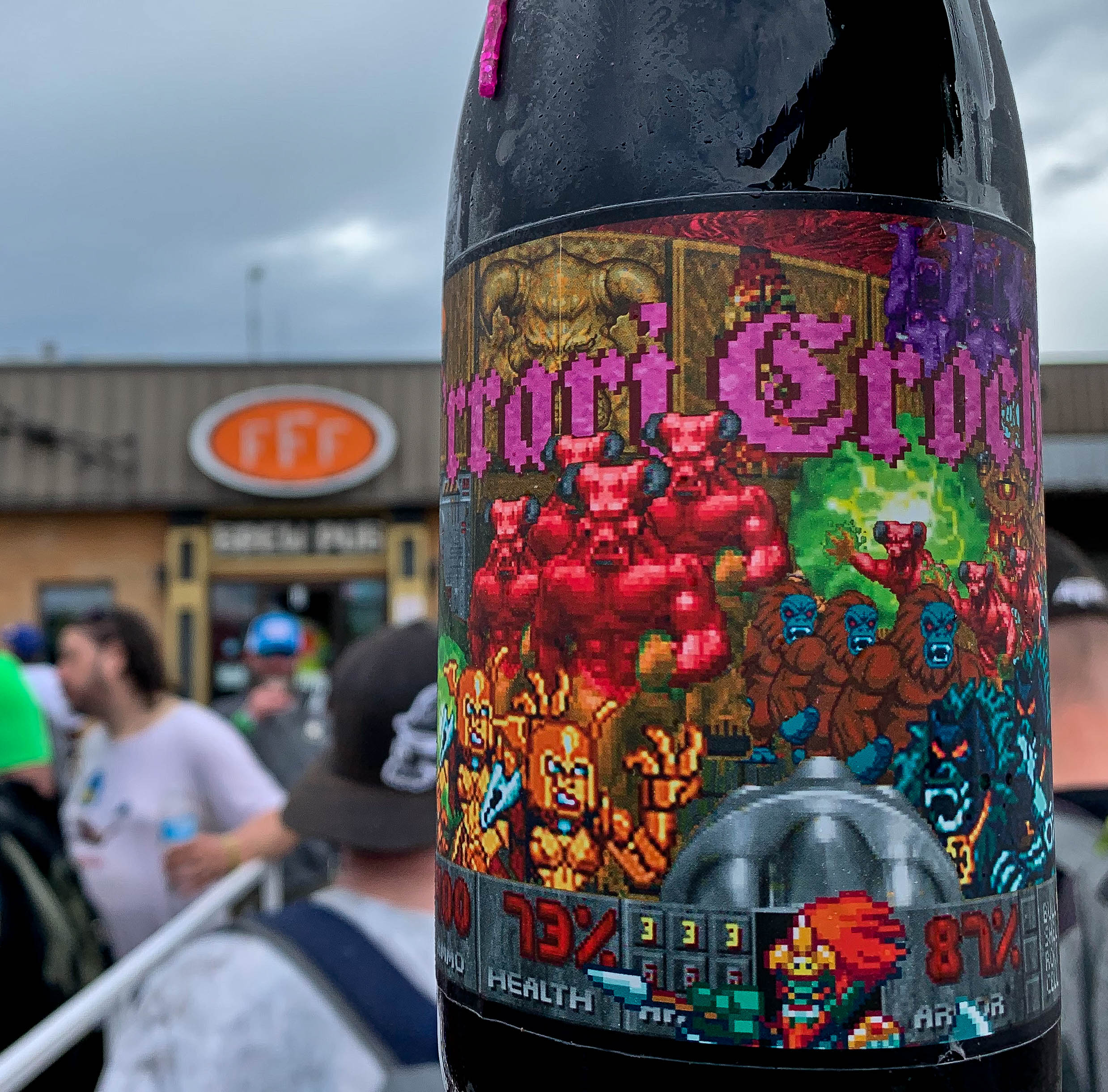 The most polarizing, uncompromisingly metal as fuck brewery this town has ever seen held the 17th Dark Lord Day in Munster, IN. During the hour rain delay we chatted up some cats from Southwest Ohio who attended the original party back in 2003 (draft only). Nick Floyd and maybe 50 or so people who heard he brewed a stout, chillin on a makeshift wooden bench outside the pub. DLD 2019 saw about 10,500 attendees in what was the most well run bottle allocation of the fest we can recall of the last 10 years.

Loadstar (Dark Lord aged in Sauternes whiskey barrels with toasted coconut) has that category 5 mutant level of coconut blast when you approach it. As intense, if not more than Half Acre’s LA Looks and Hailstorm’s BA Vlad Coconut. Those were the two that have set the bar locally for that burst of coconut essence with subtle undertones of caramel and butterscotch. ChemTrailMix Ice Cream cones sold out quickly. This year’s wax was somewhere between a magenta purple and fuchsia. 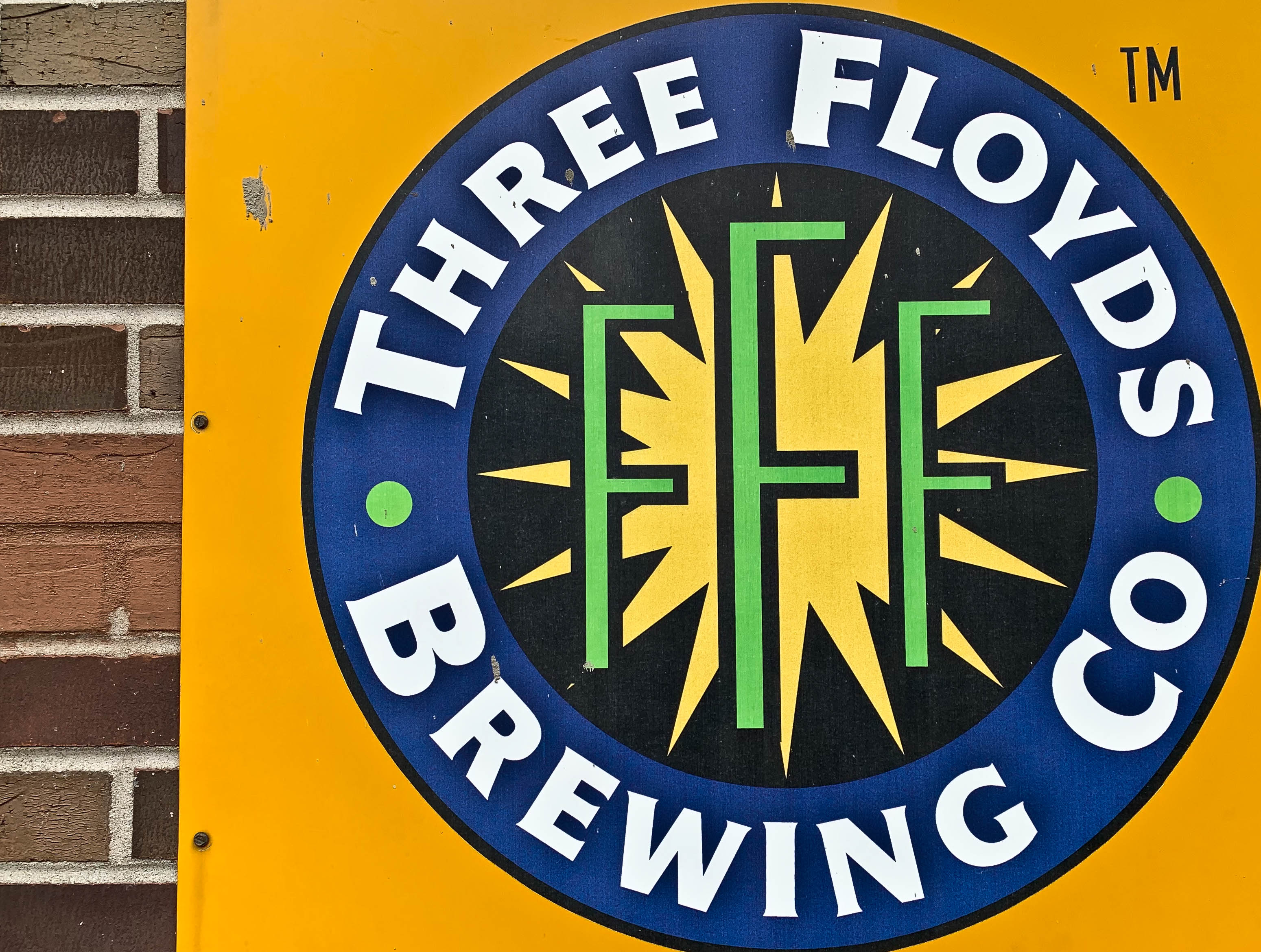 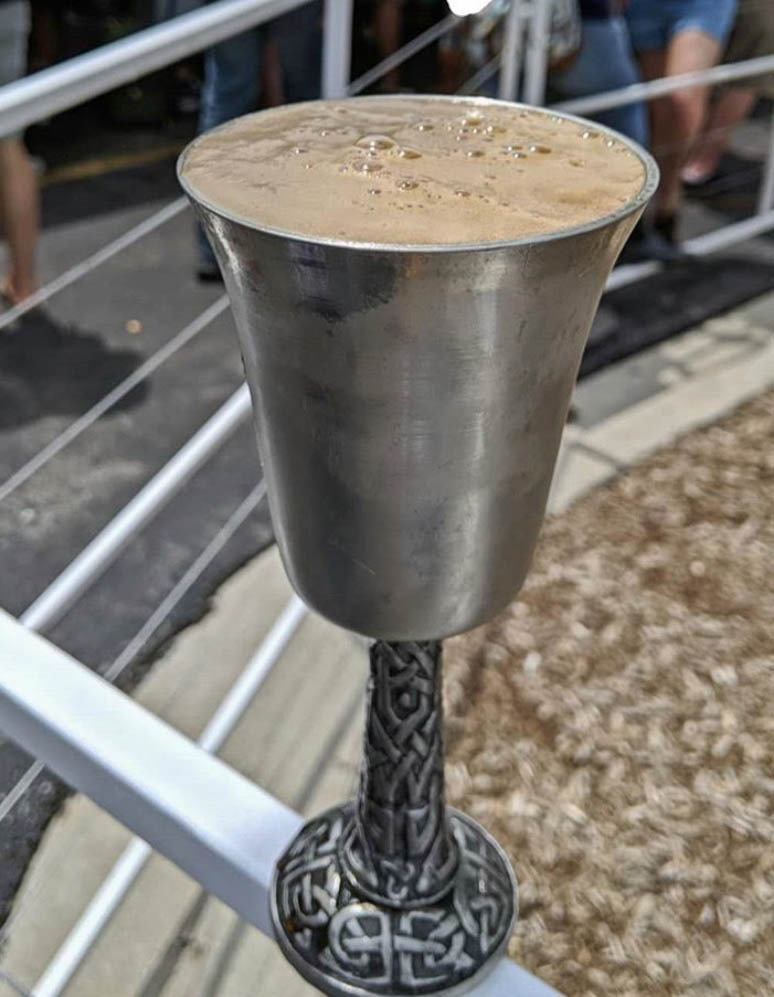 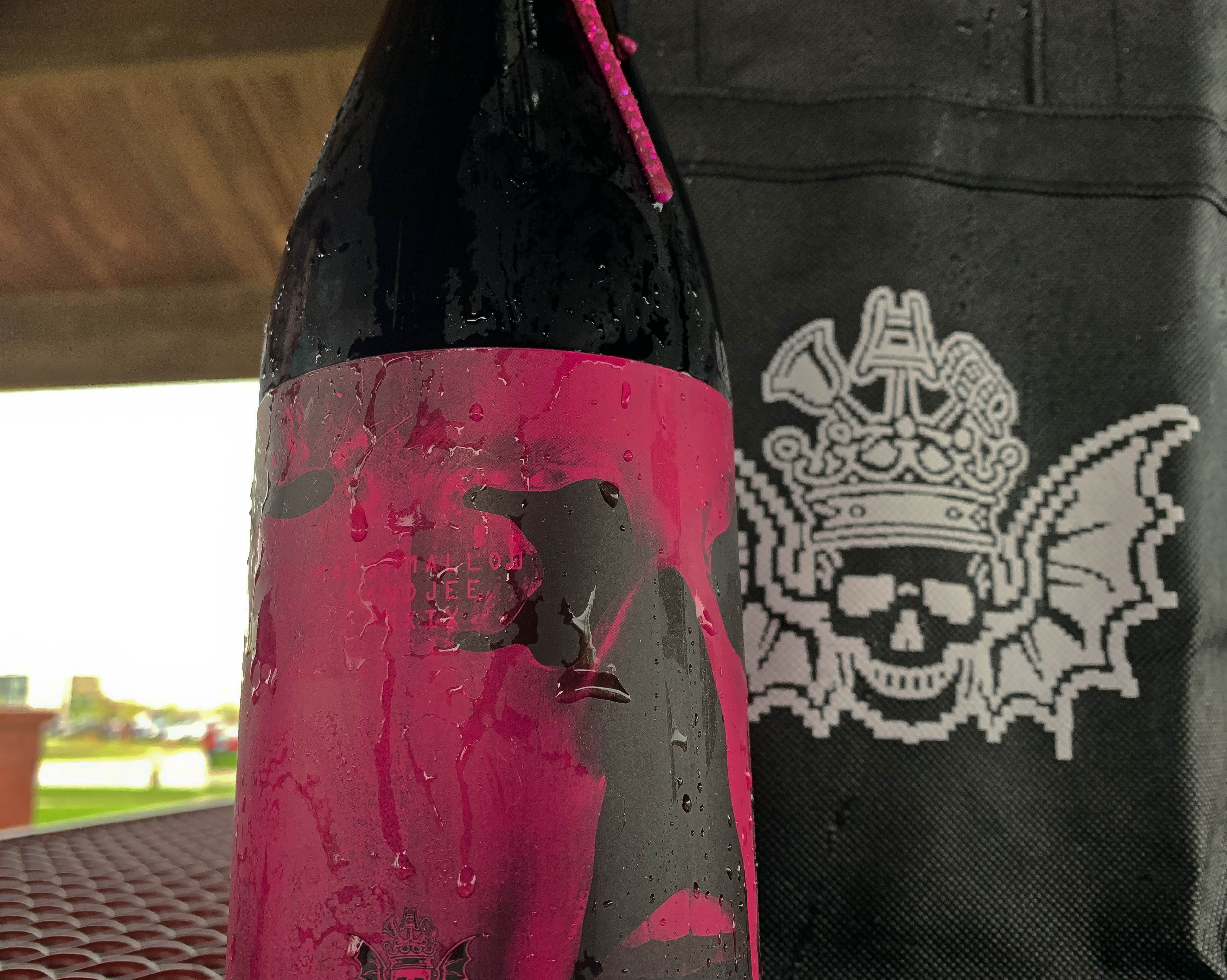 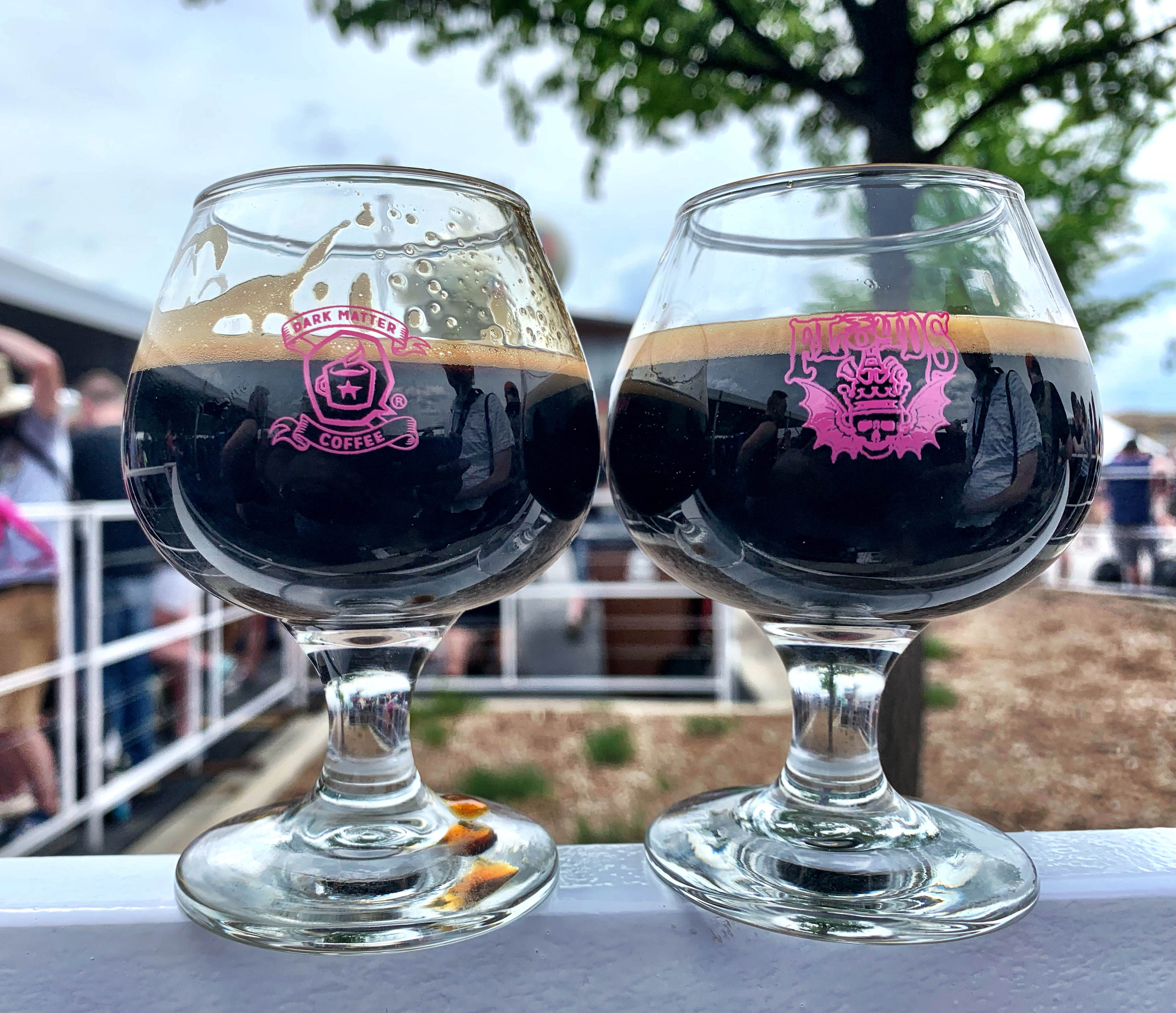 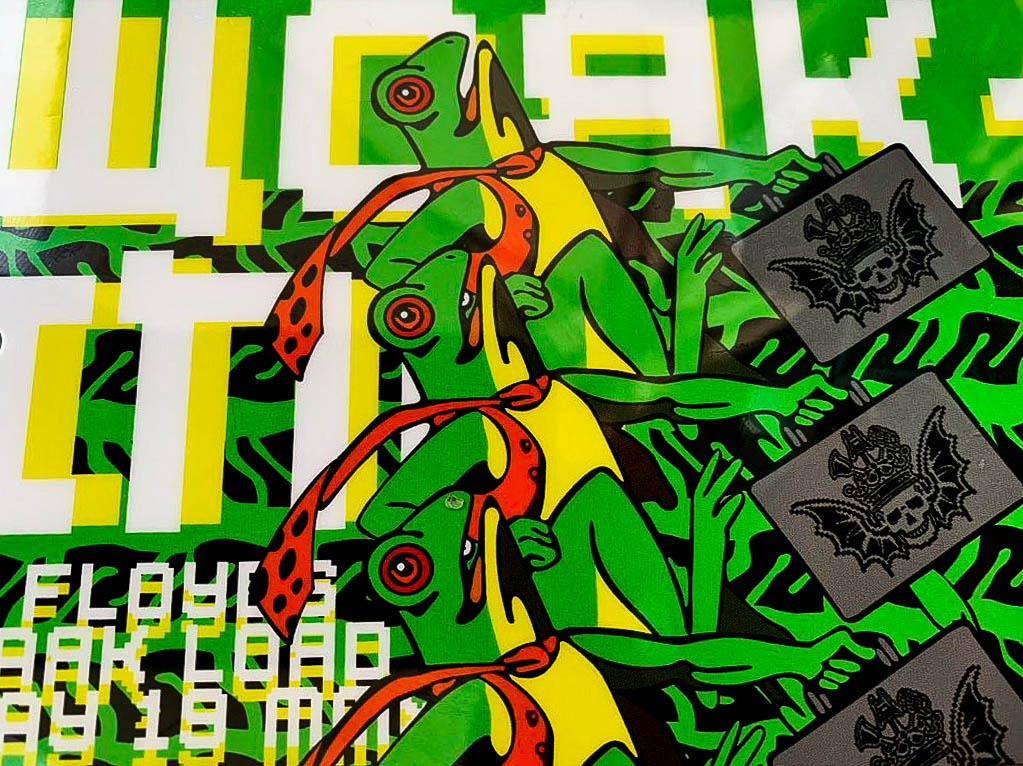 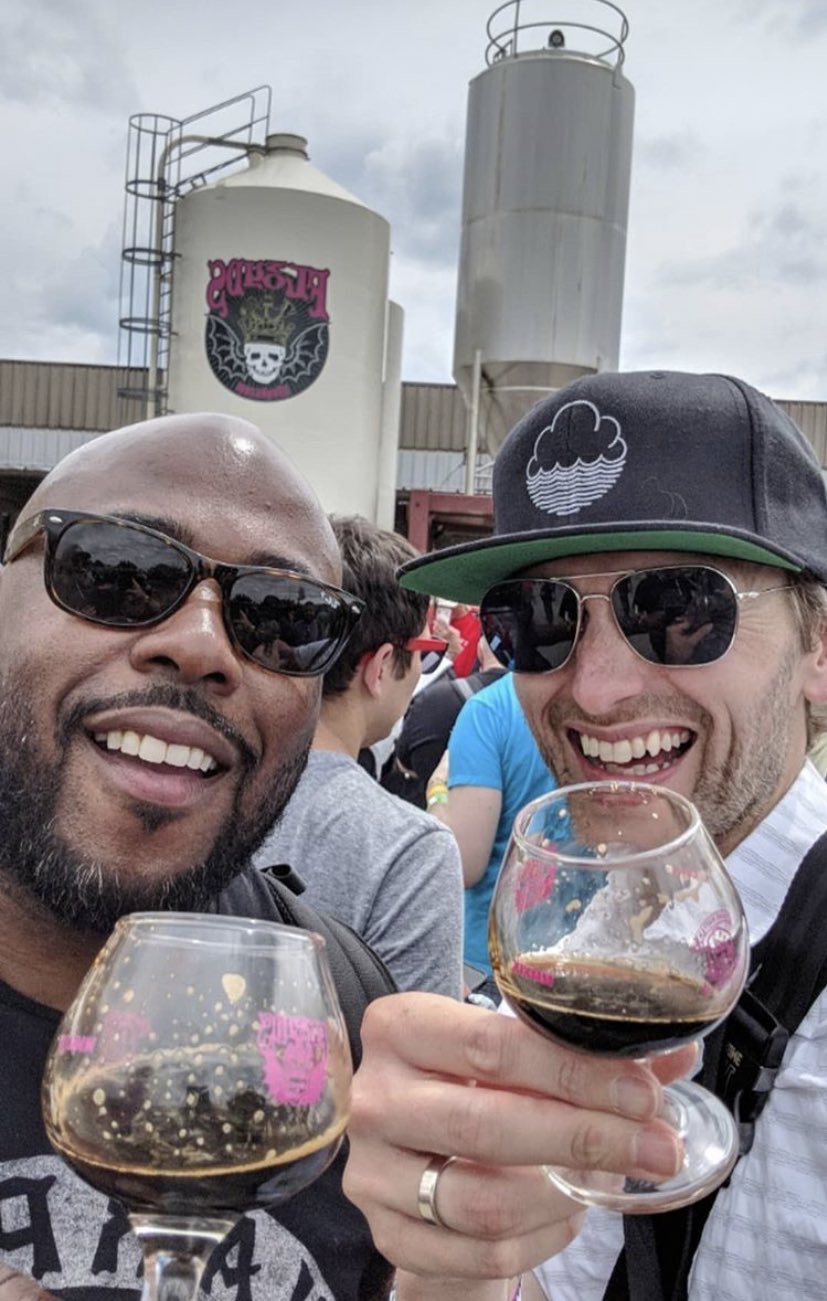 The focus on the artwork with the variants might be the most underrated aspect over the years. A strong visual identity has always been a hallmark of the Three Floyds aesthetic. The erratic, bold illustrations take on a completely different theme from every year. The visual culture at FFF does a nice job at representing how special they believe the liquid is. I don’t need any more beer schwag but I may have left with 3 or so posters of variant labels had I seen them.

This is a game changing crew. Not many folks were dipping bomber bottles in wax before they hit the scene. We’ve never even heard of Aquavit, Sauternes or the Calavados (French brandy) before the barrels were used in previous variants. This concept idea of a brewery only one-day festival release we’ve seen so many adopt was practically born here. Recently they purchased a Whole Foods Distribution Center a few miles away, the new tallboy cans will roll from there. This year we didn’t receive the bottle allotment in the FFF Distillery because it’s finally online!

-Other Notes
-The 8-bit theme for 2019 could be found on totebags, many variants and the wristband instructions that doubled as a sticker pack.
-13 variants of DL this year
-Vegan lifestyle was in full effect with vegan corndogs, gyros and donerbox options available. 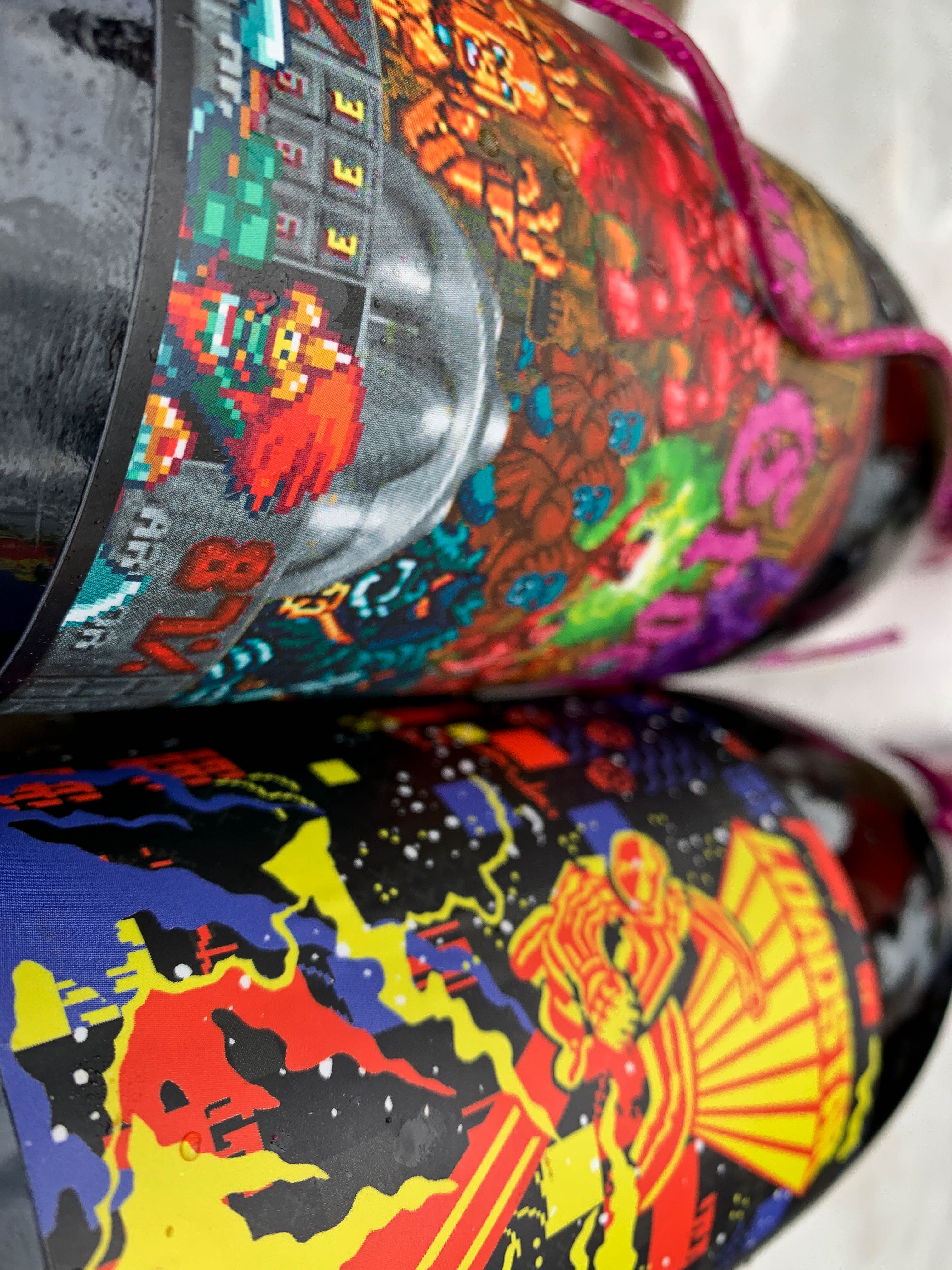 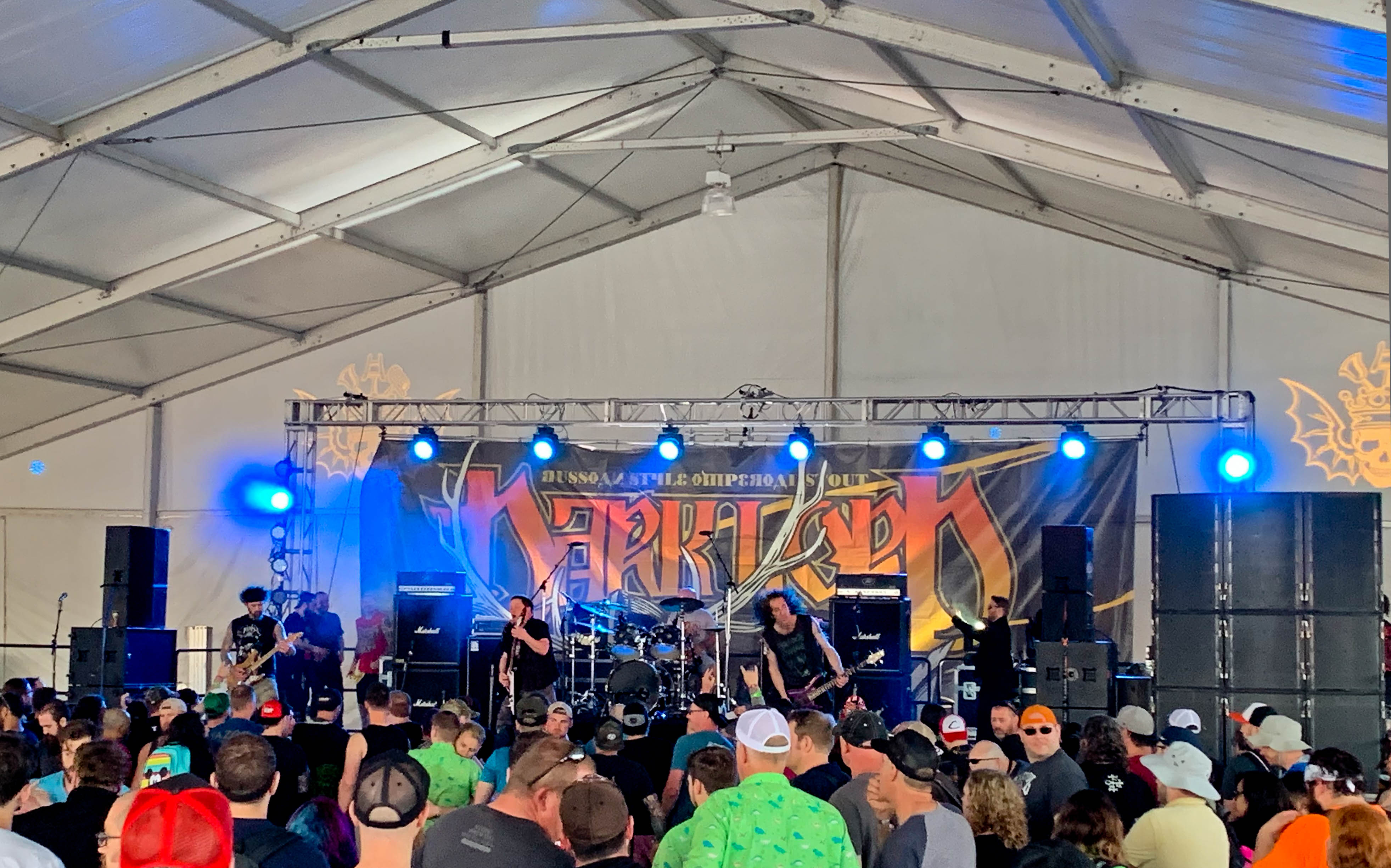 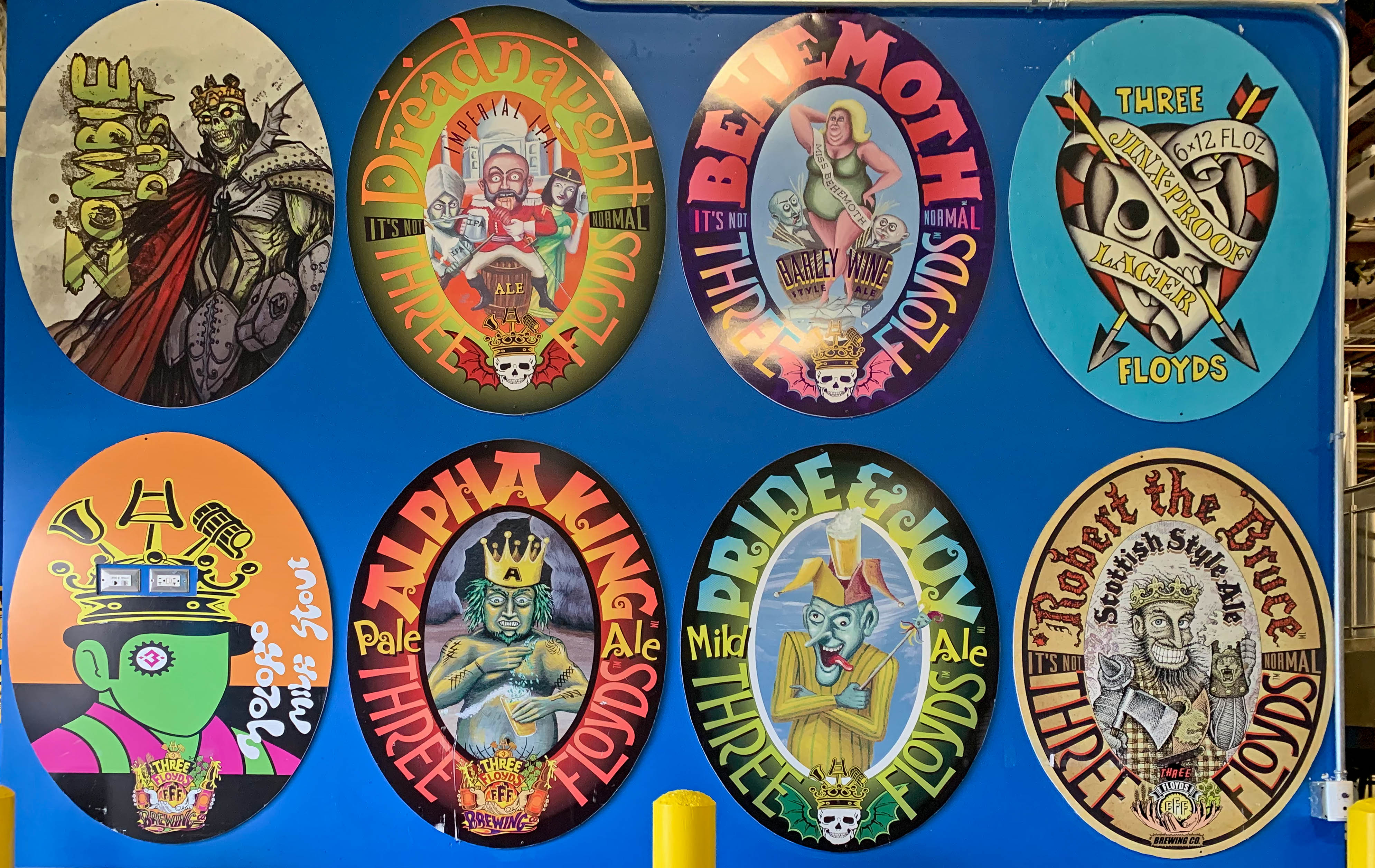 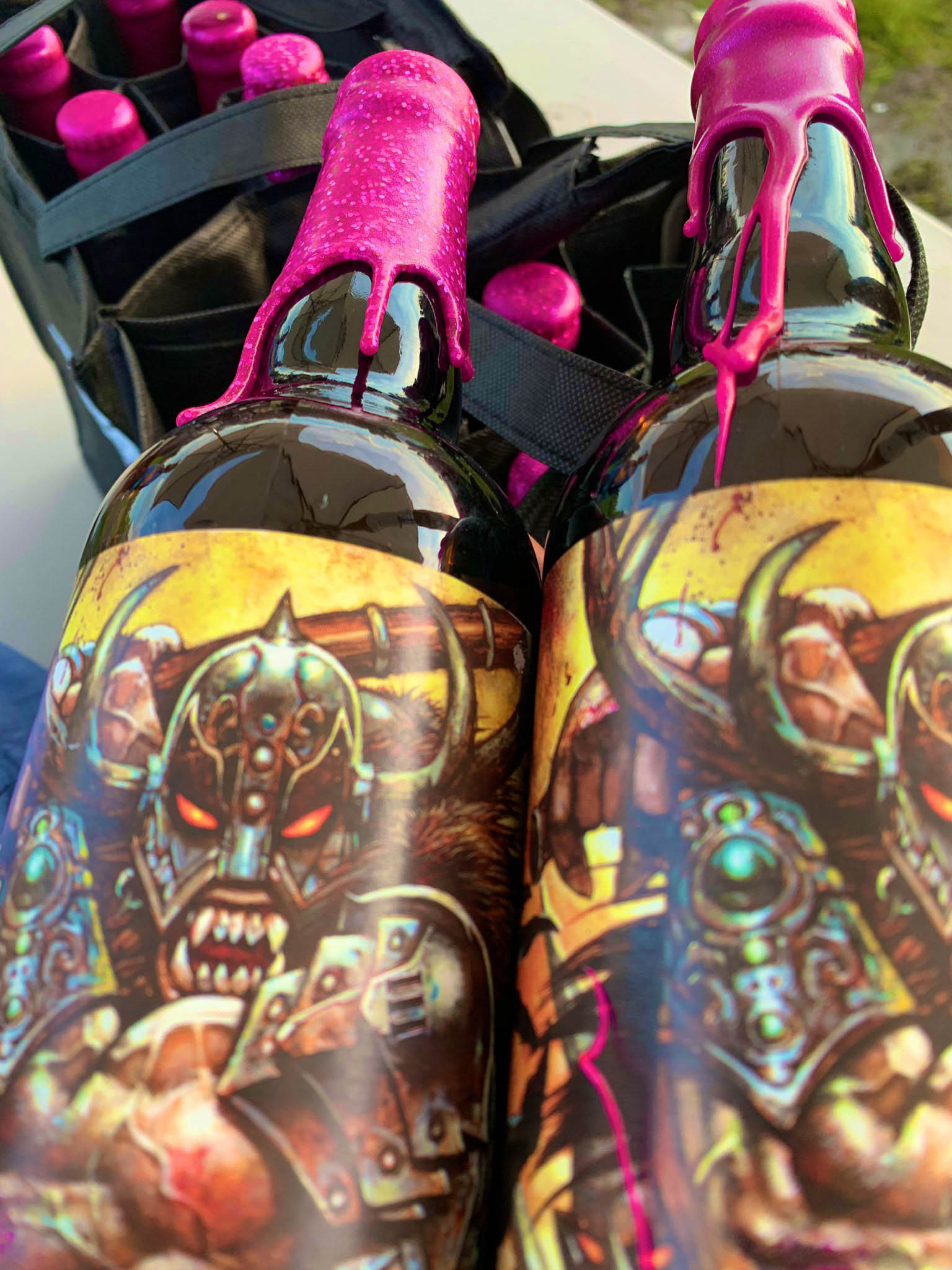 after the rain delay 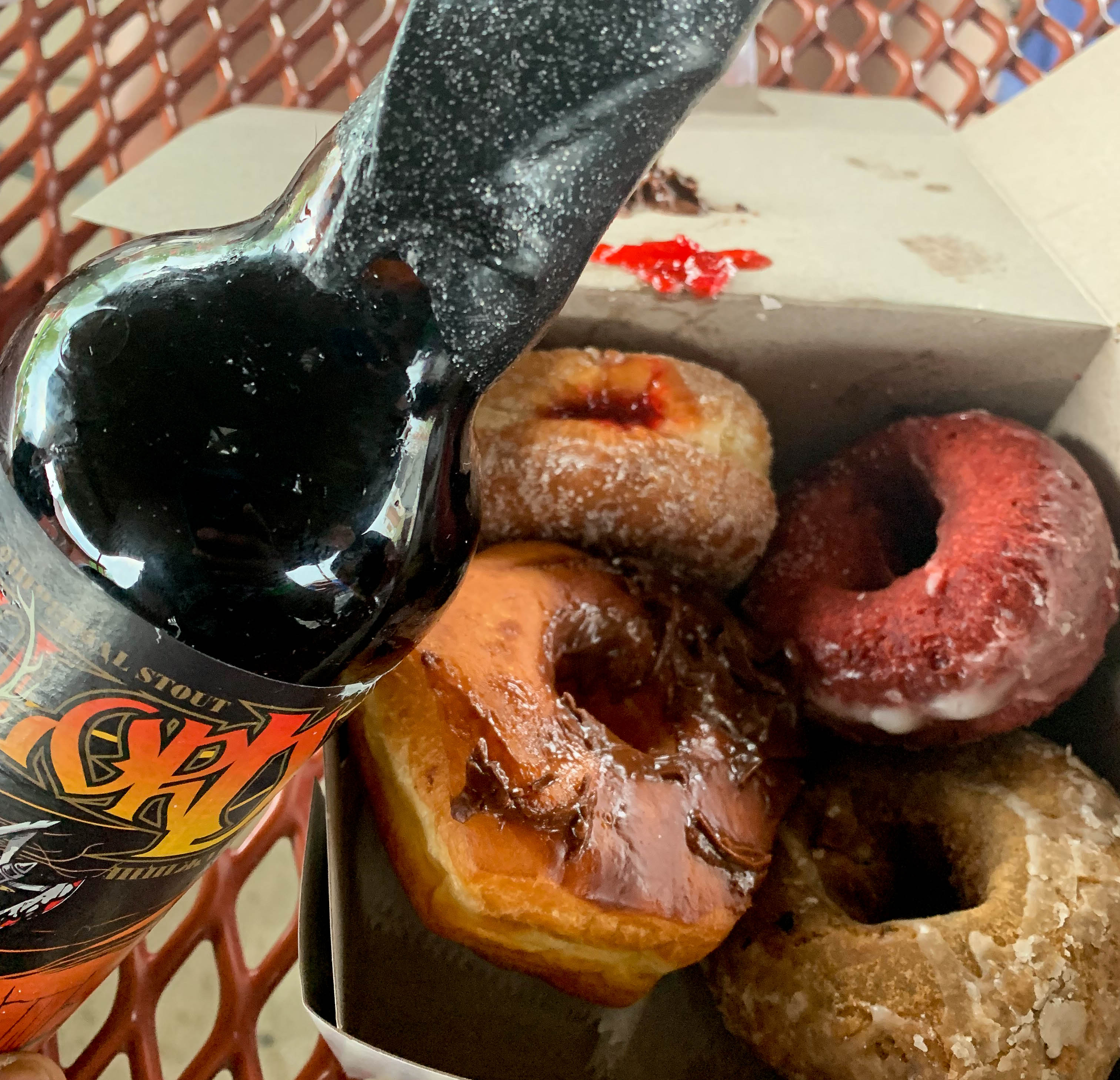 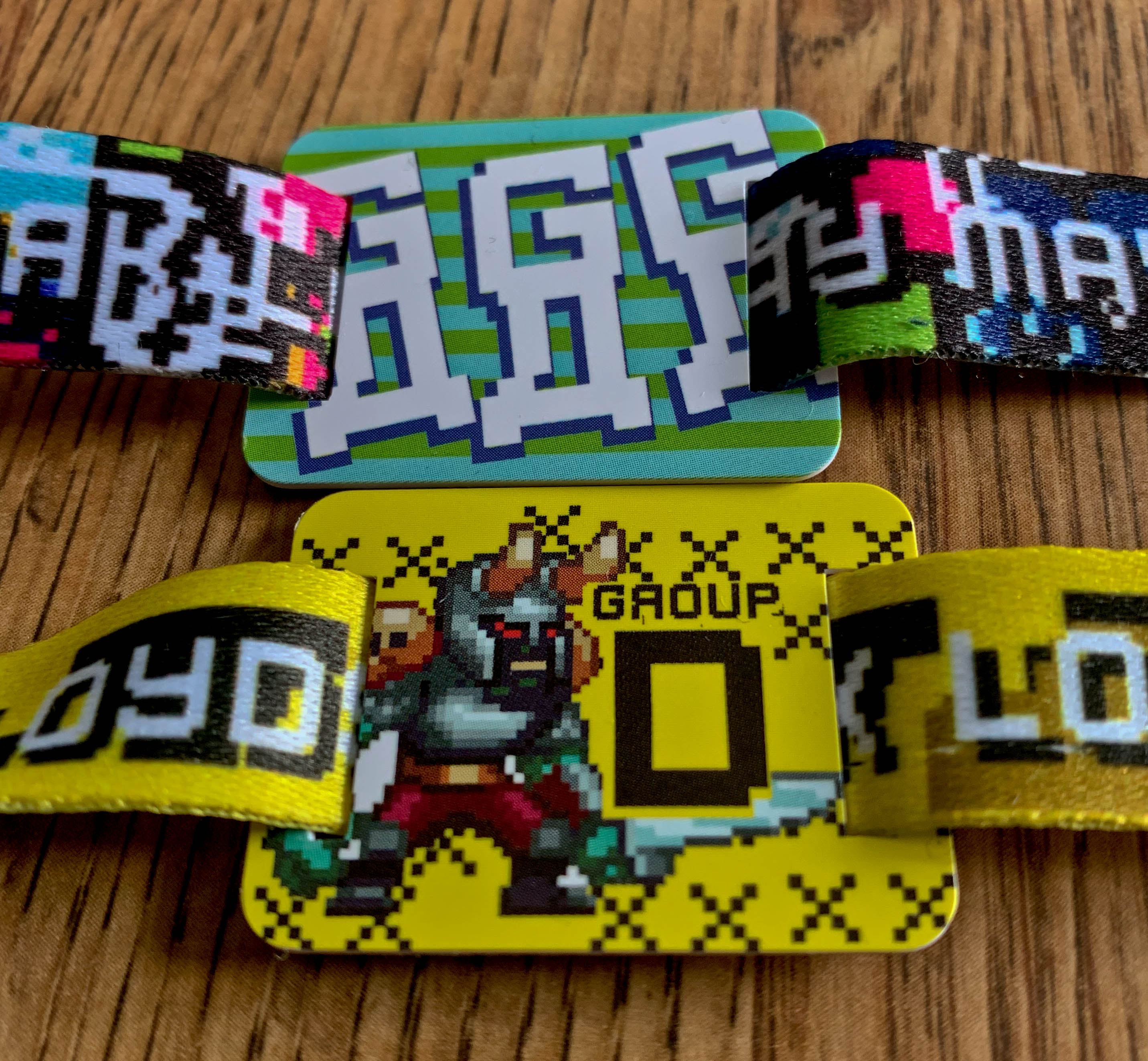 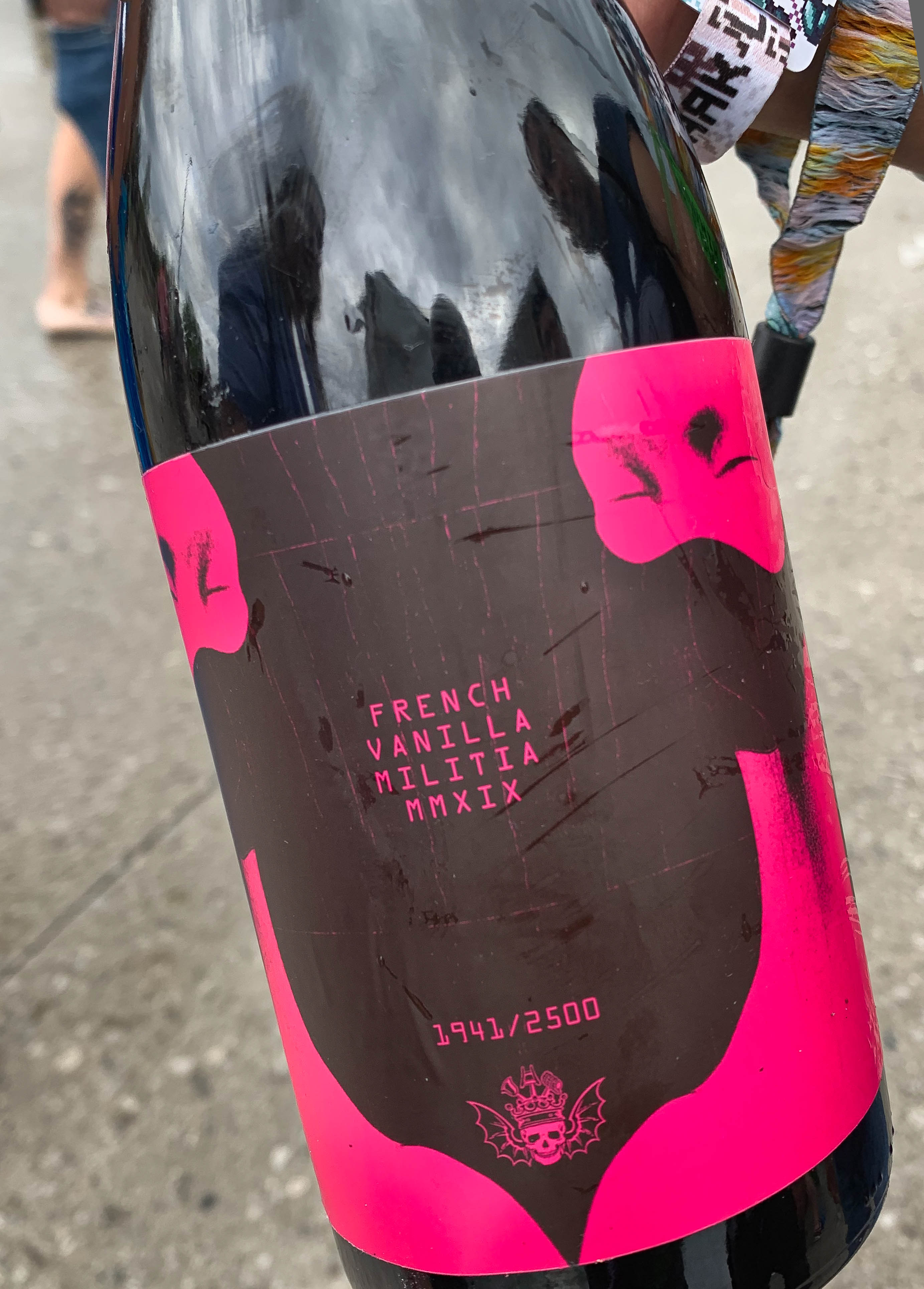 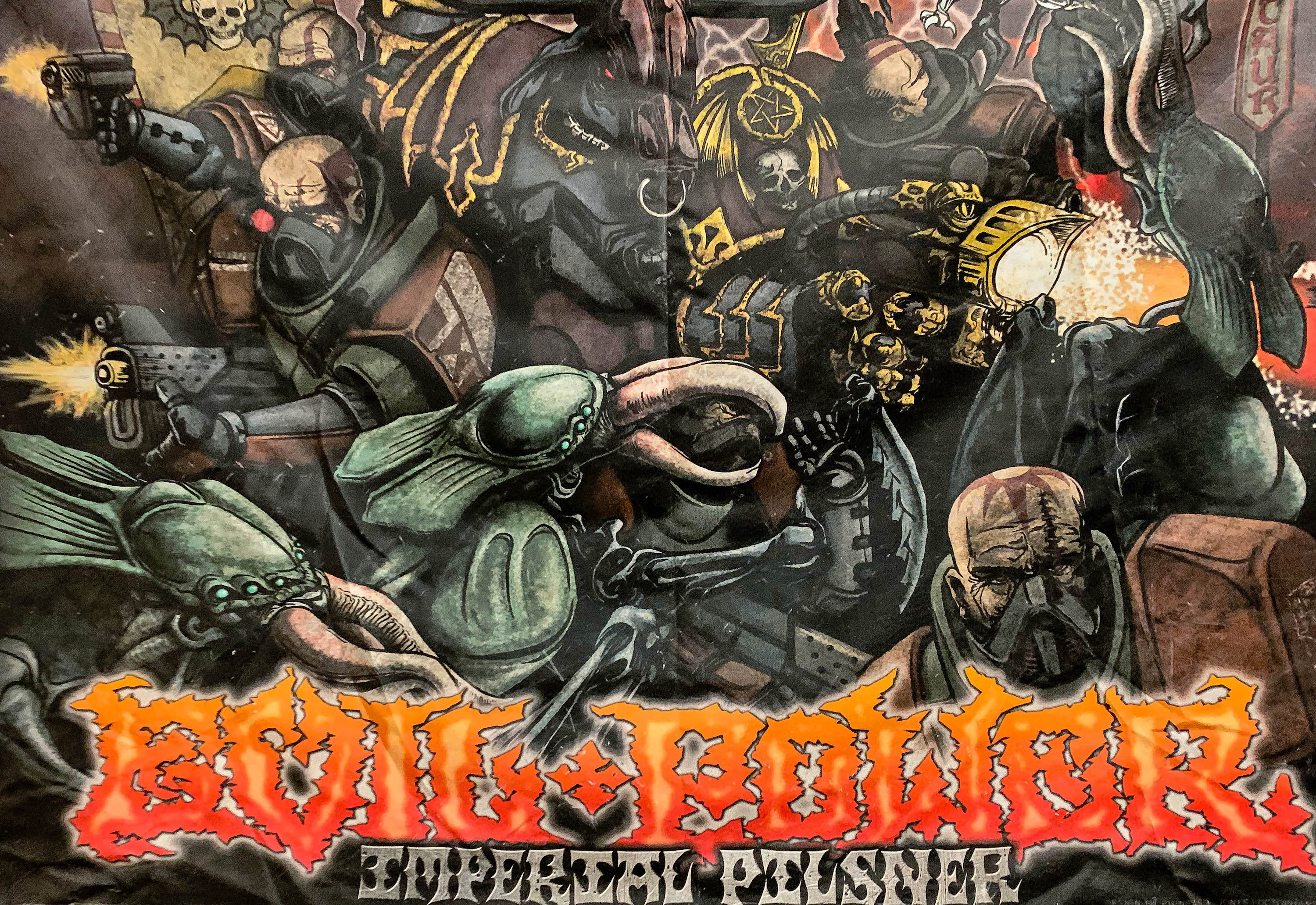 underrated pils, hope it sees the can treatment 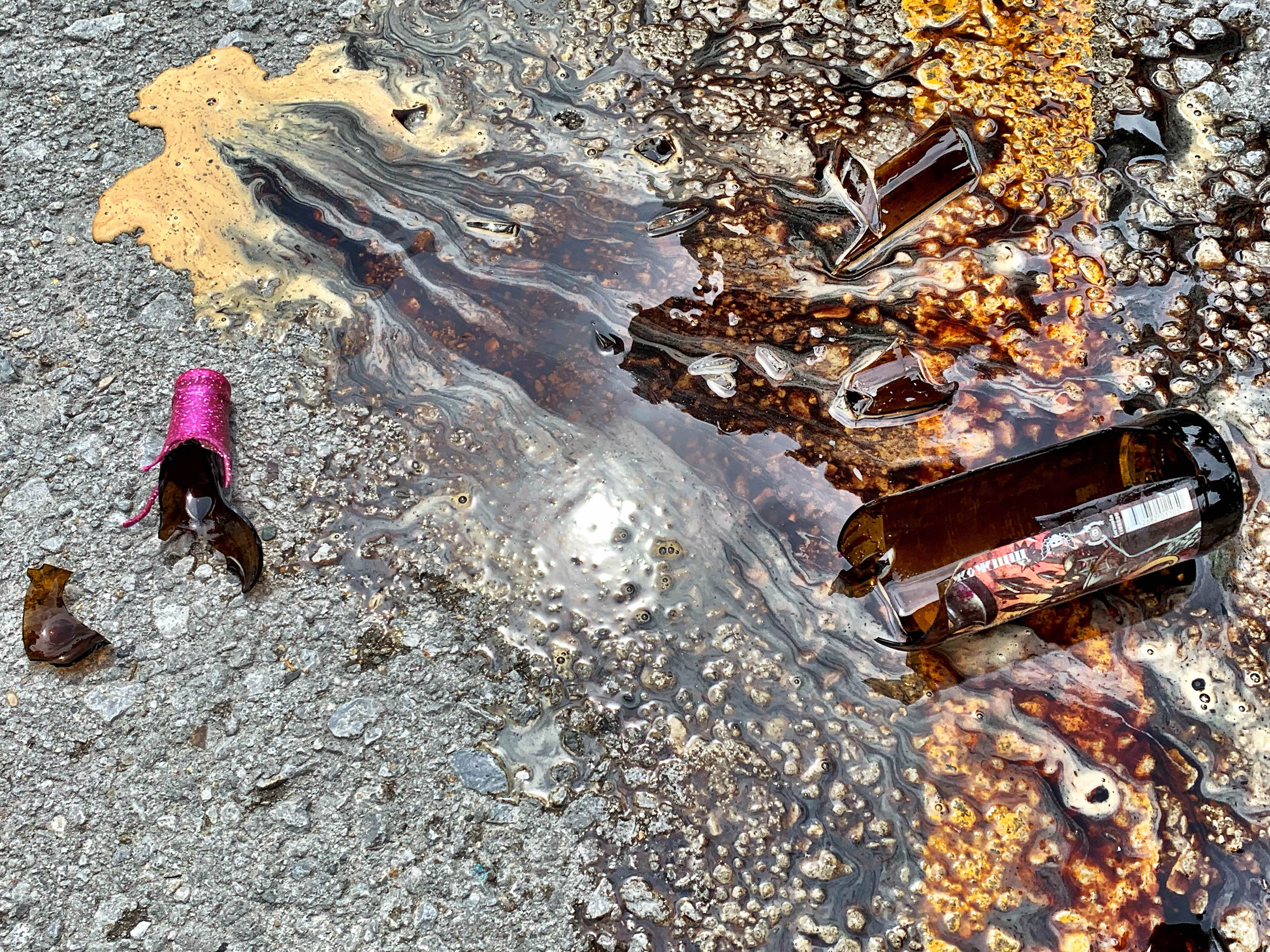