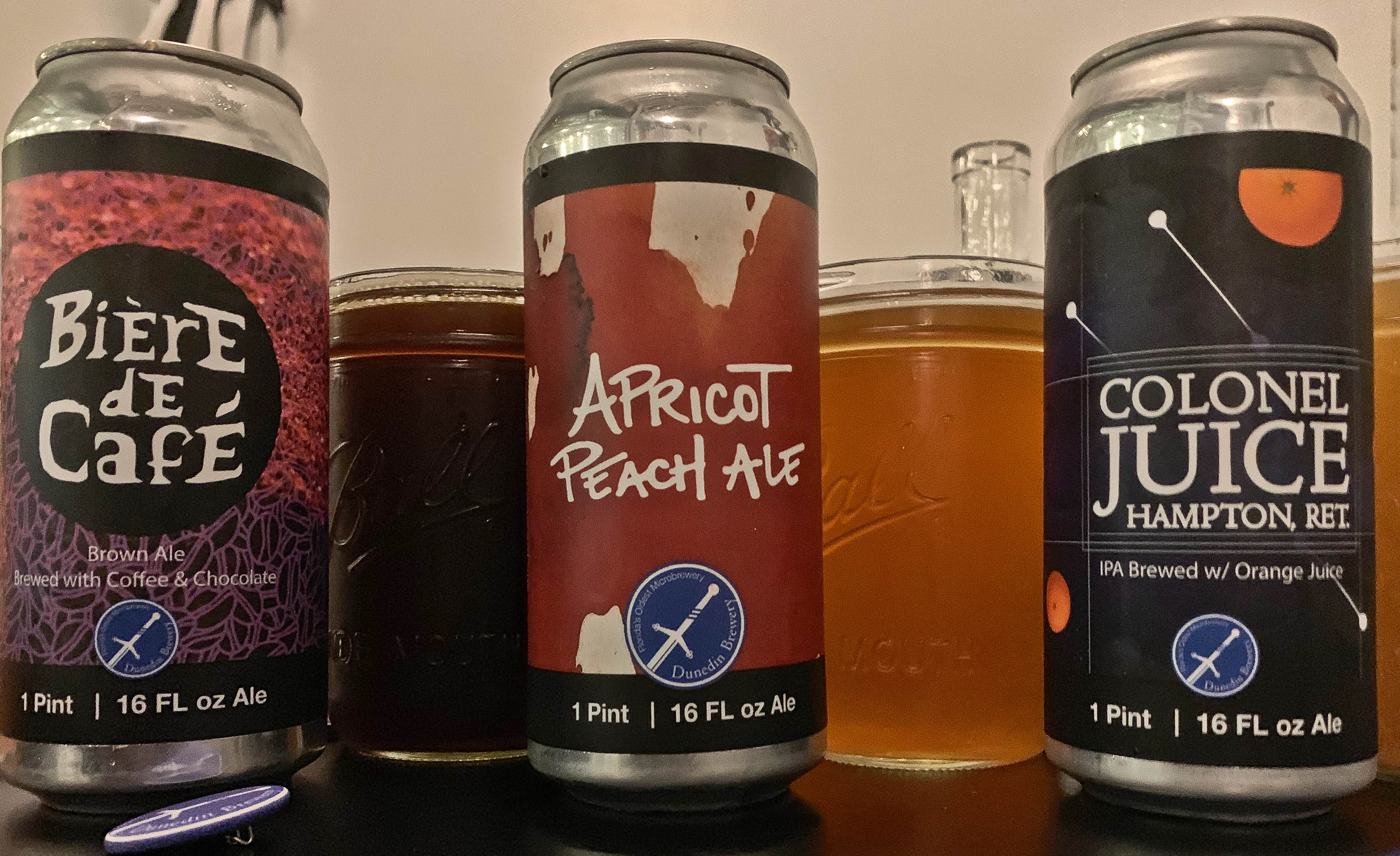 The Royal Palms Shuffleboard Club in Bucktown was the scene for Biscuits and Beer. A St Petersburg, Florida inspired event that was rescheduled do to the Polar Vortex back in January. We’ve only played the tabletop version of this game.   The full size shuffleboard court  experience is worth exploring… I think the retirement community figured it out with this one. It’s the most fun we’ve had in this neighborhood all year. The staff and Royal Palms all rock these righteous vintage mechanic overalls and are beyond patience when explaining the rules of the game to your tipsy ass.

Shufflin in St. Pete was a huge success. Dunedin Brewery, Florida’s oldest microbrewery made an appearance to celebrate. The surprise was that of the flagship offerings, one has been in existence since the brewery opened. The brown ale base for Biére de Café is the first beer they ever produced on the founder’s homebrew system over 20 years ago. 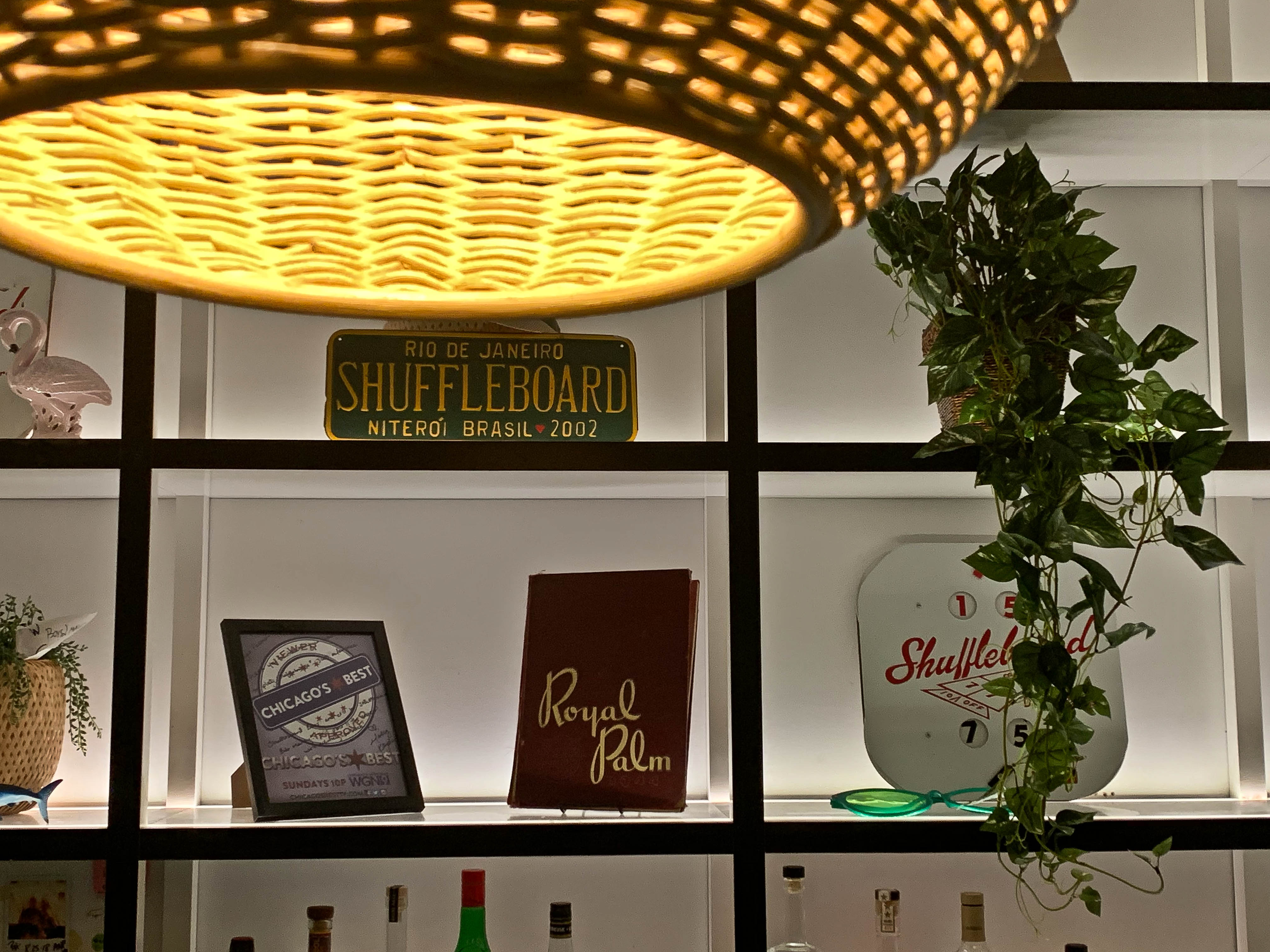 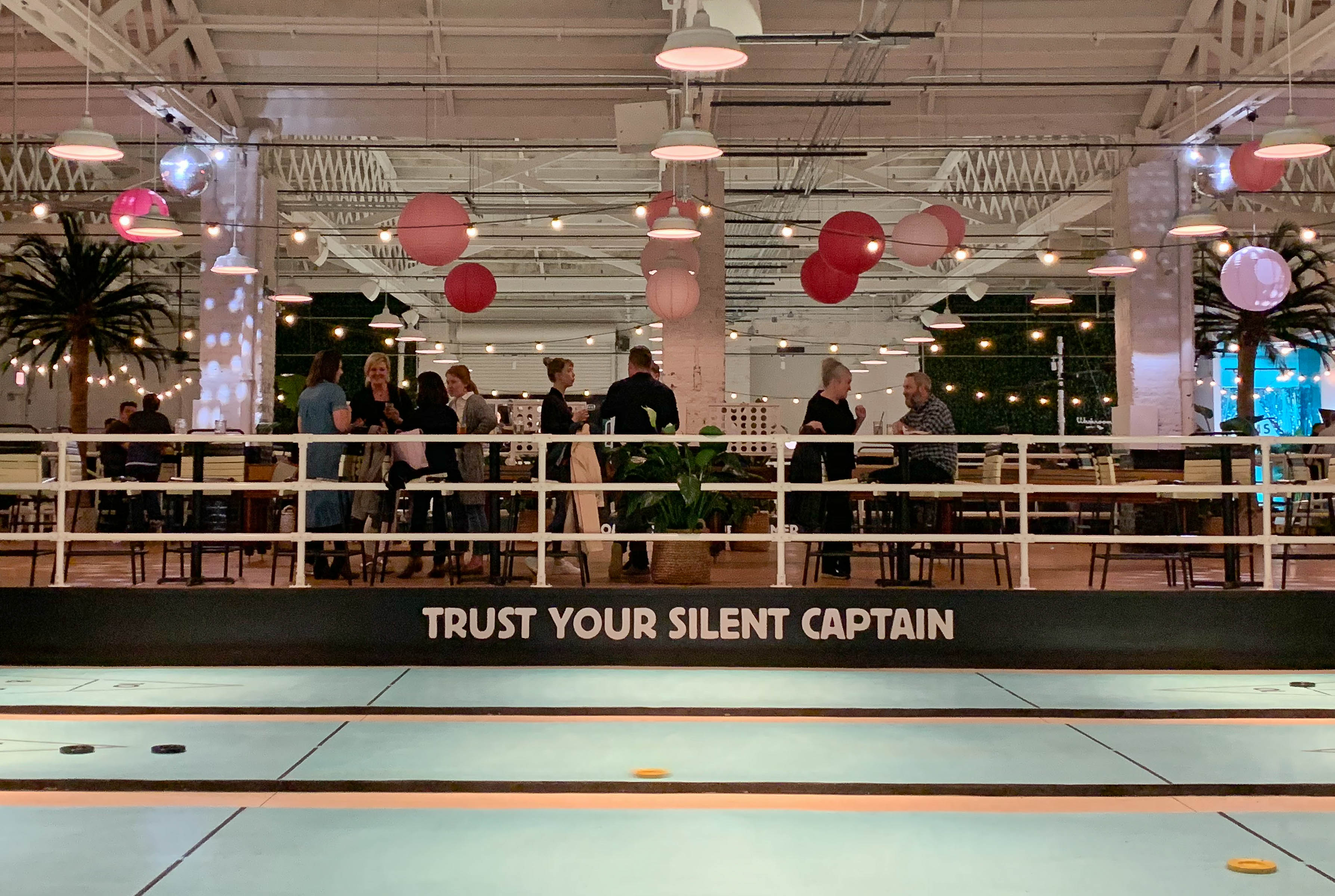 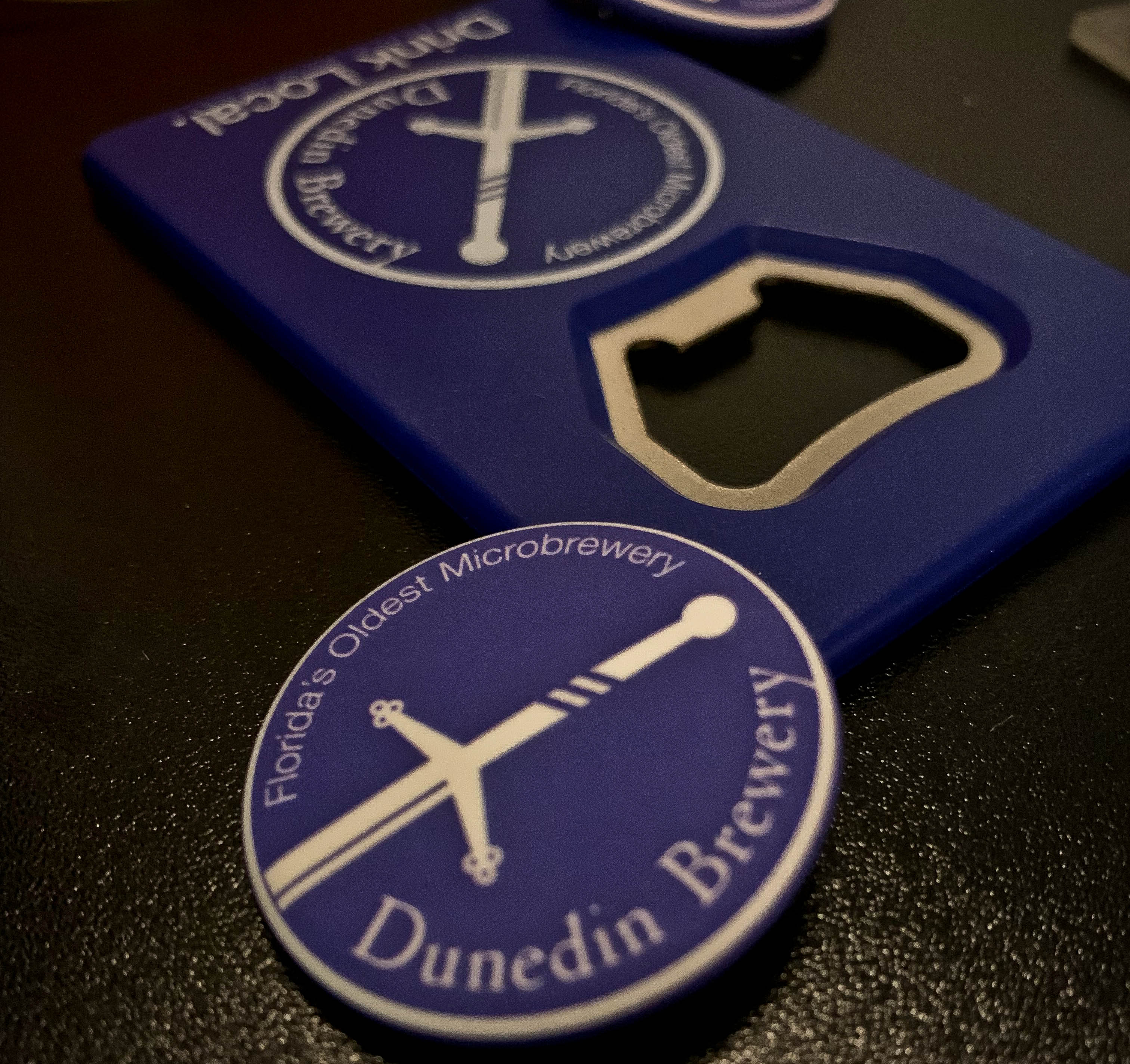 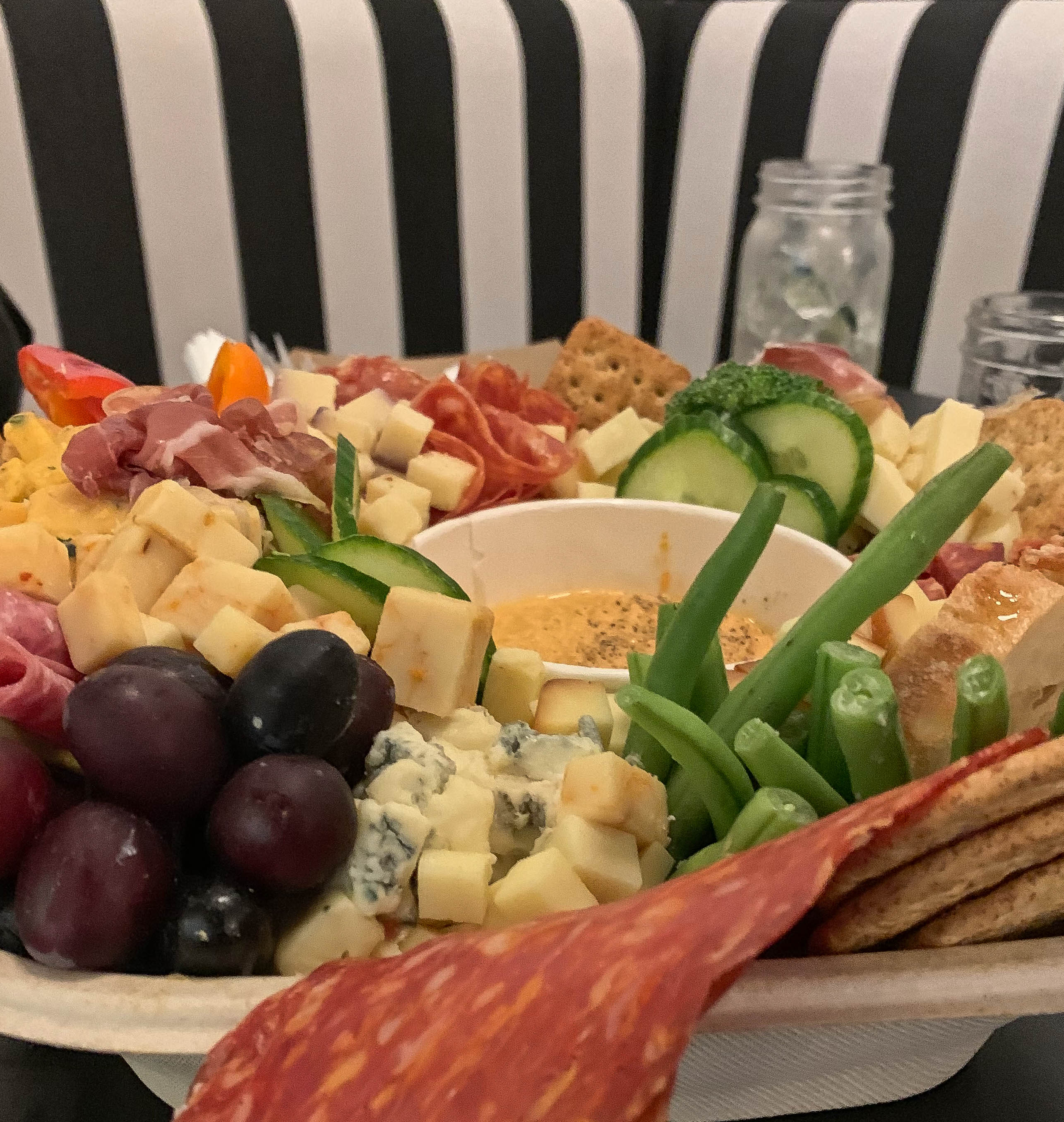 The Corner Farmacy, Near West Side, Chicago

We spent the evening with brewery VP & GM, Michael Lyn Bryant who flew in from the Sunshine State for the hang. He was impressed by Off Color Brewing in Lincoln Park on his trip. Eeek! (miller high life base + off color’s house yeast strain) made it down to his neck of the woods in Western Florida.

Michael’s passion project is Stations of the Craft. A three-year-old brewing collective focused on barrel aged techniques. We shared a bottle of System Destroyer, Pinot Noir barrel aged saison aged with strawberries + 3 different yeast cultures. It’s a wonderful medley that oddly feels like a hazy IPA. Lactobacillus accents the soft round bitterness of fresh orange and strawberry without the astringent apple cider vinegar qualities present in some traditional American sours.

When the topic of your one ‘stuck on an island beer’ would be, without hesitation Michael answered Cascade’s Gose. Mine was Lagunitas A Lil Sumpin Sumpin. The overwhelming consensus was that this warm weather paradise on Milwaukee Ave was delightful and charming in a way you don’t usually see from shuffleboard courts.

If you enjoy cabana vibes, proper cocktails and a unique group activity destination this place is for you. Leagues are available all year long and this palace is an oasis from everything that surrounds it. Aesthetically they really nailed the concept here, it’s a glorious scene even if you go just to watch the DJ spin, play board games, order tropical drinks and people watch the 11 full size courts. Good vibes are plentiful in this joint. 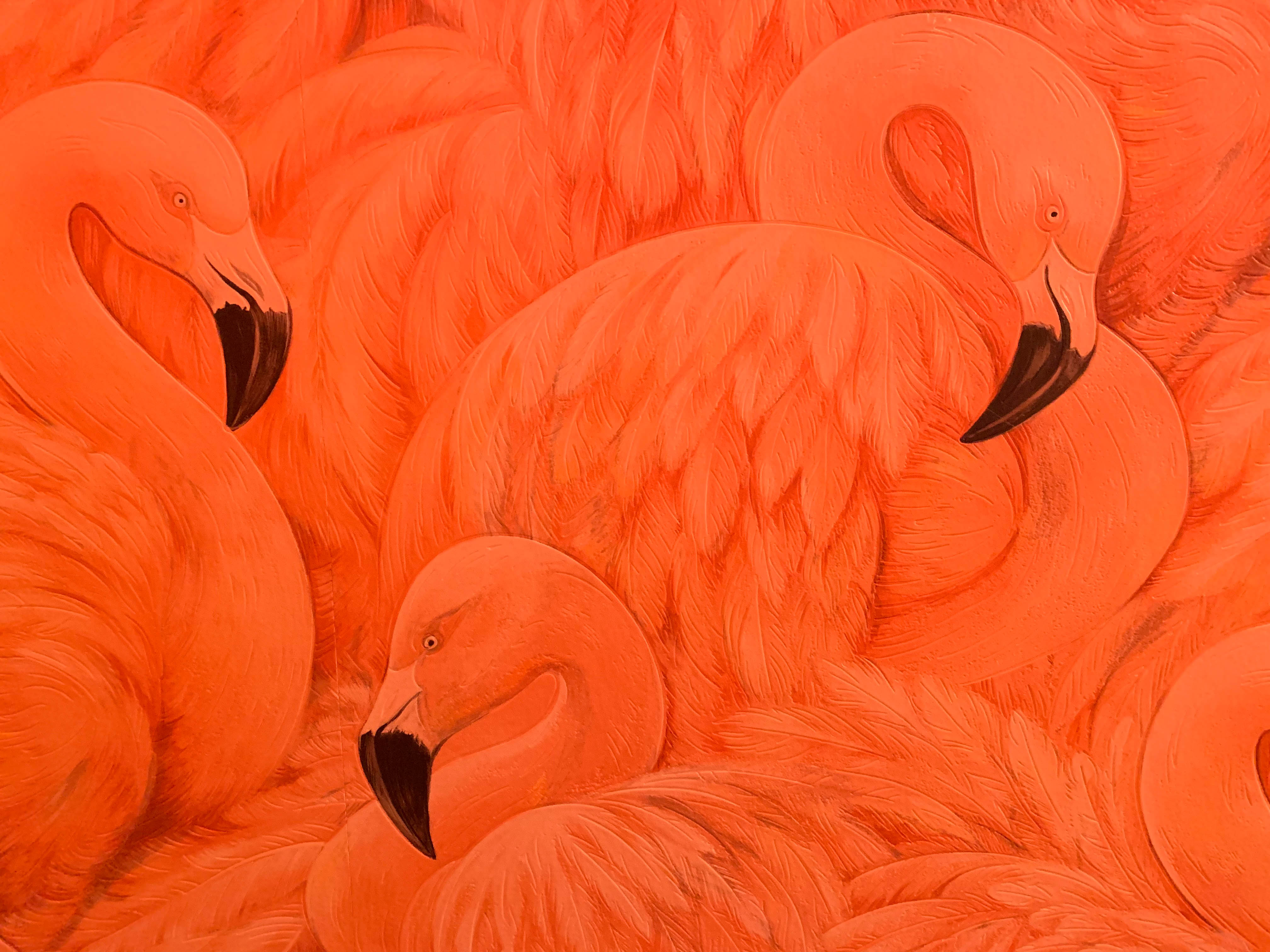 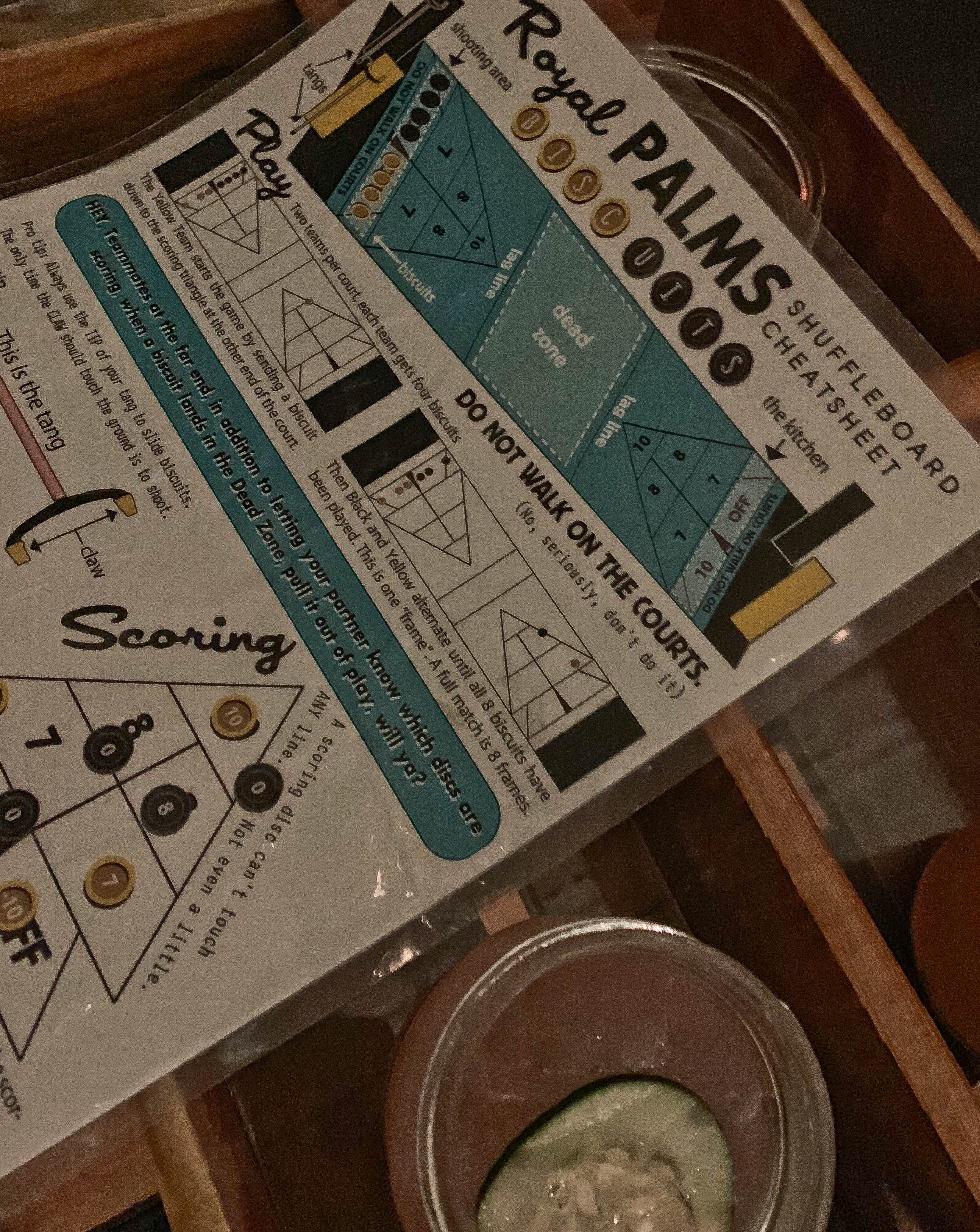 3 beers and 8 cocktails for the St. Pete Shuffle event. The Mary Eldridge (la luna mezcal) is where you wanna be 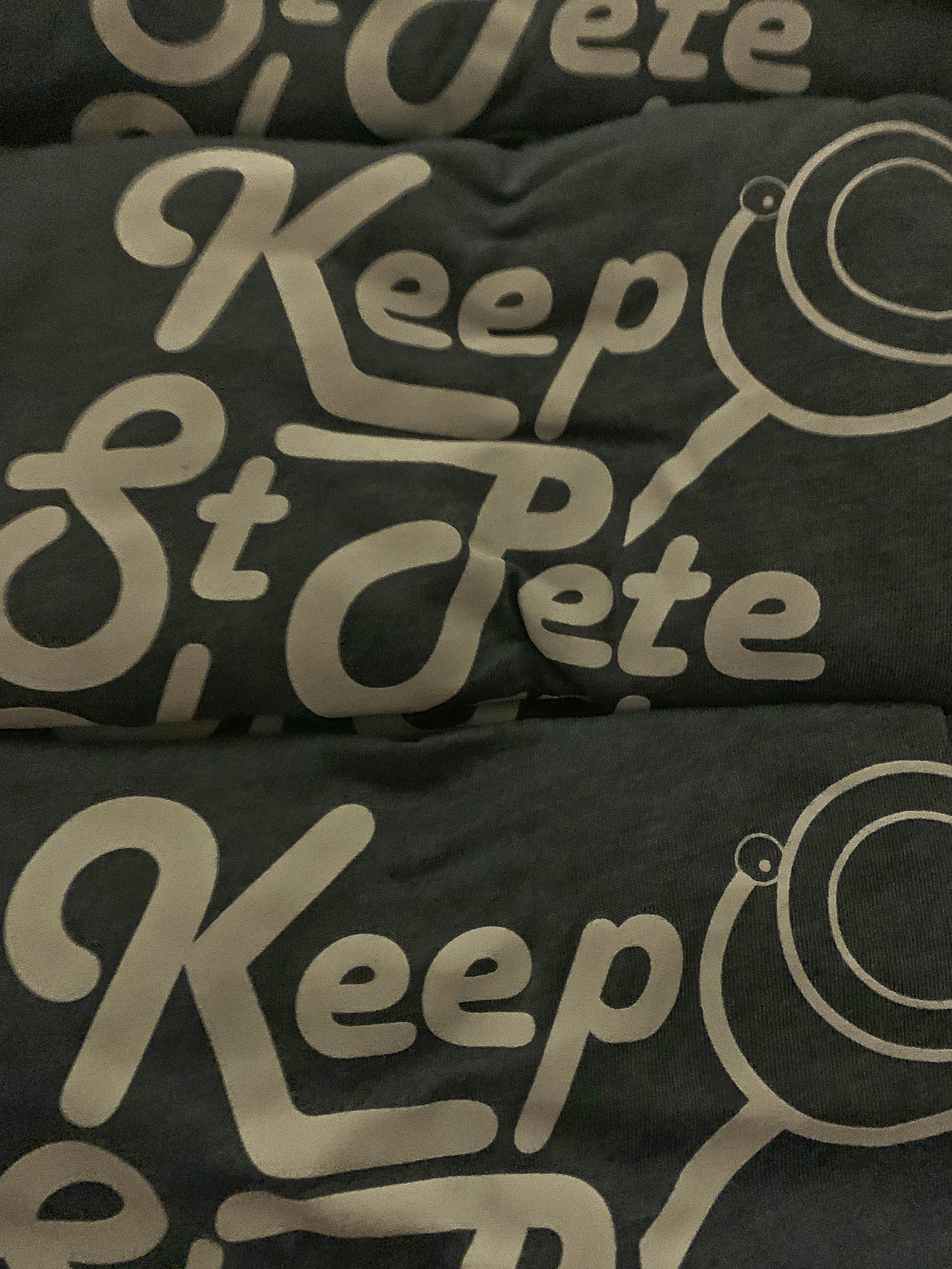 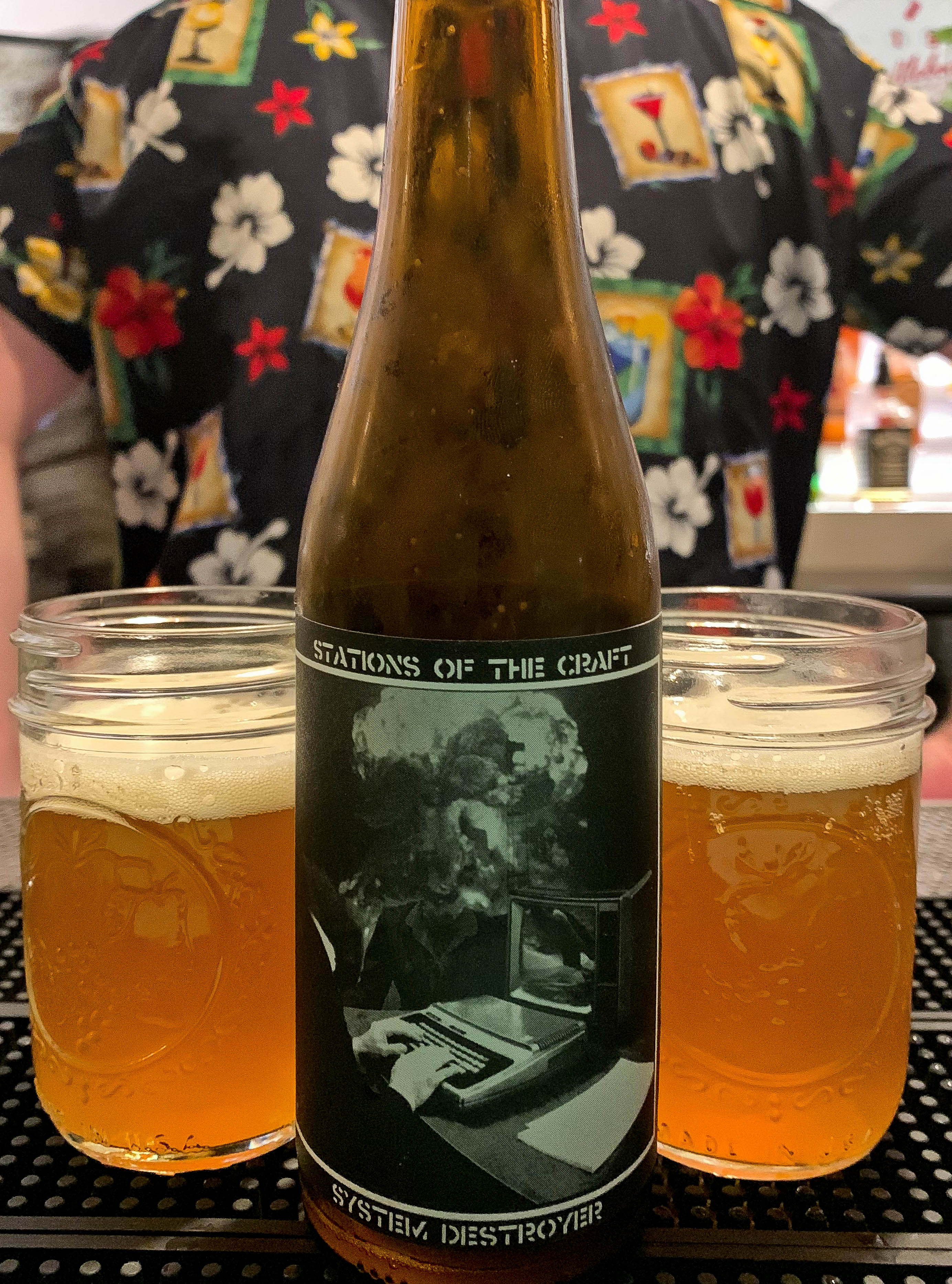