Band of Bohemia’s Holiday Collaborations with The Gray Hotel 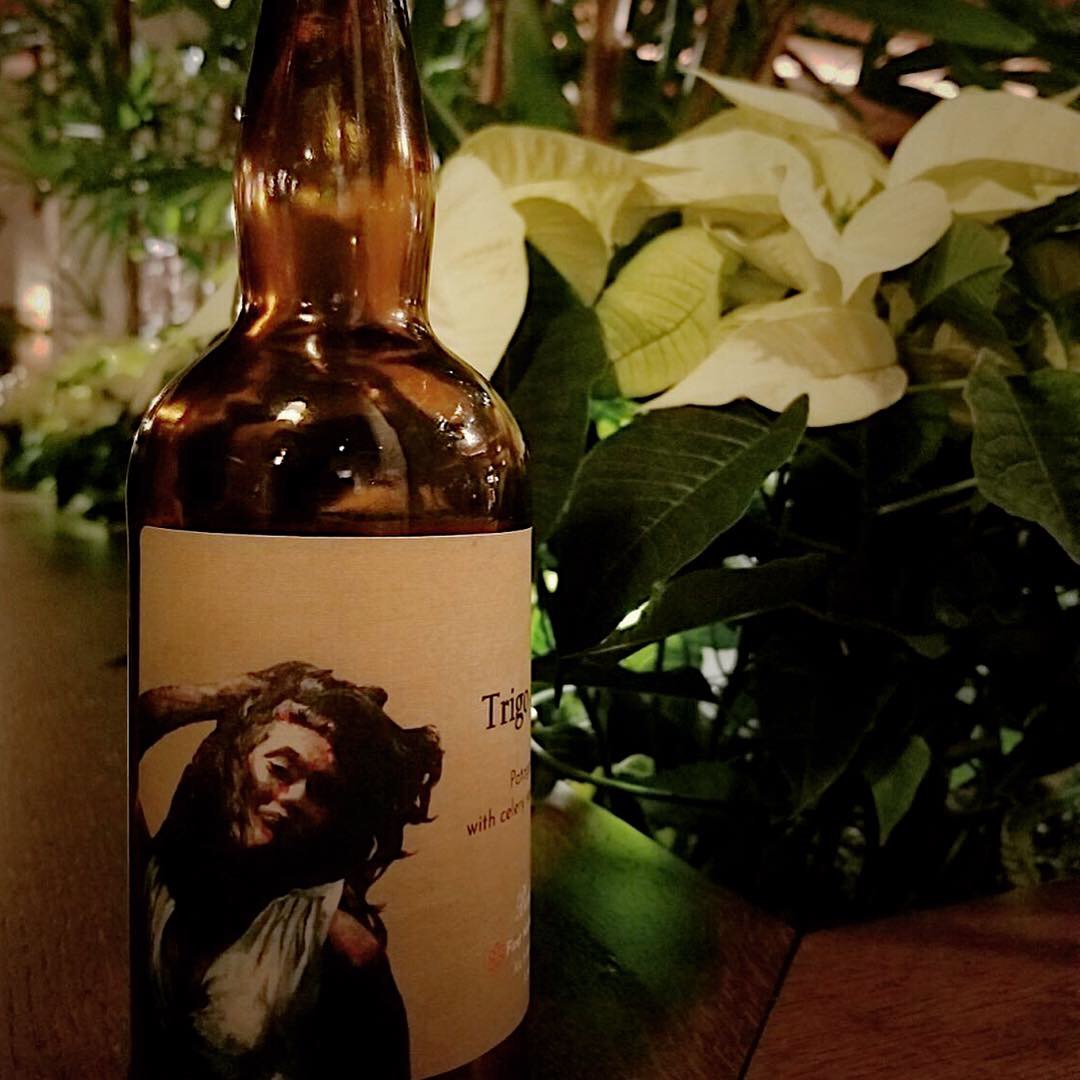 Boleo (15th floor) the South American rooftop concept is where we enjoyed the two collaboration ales brewed by The Gray Hotel staff at Band of Bohemia. A retractable glass ceiling is the centerpiece of this oasis, and it changes colors. Where Vol.39 is more of a whisky bar, this space is the crown jewel that functions easily as an after hours spot with or without their full service dinner offerings.

This collaborative project was developed in part because management at both the hotel and the brewery are graduates of Alinea. Embracing a different vibe and transporting you to another world is a shared ethos between the two groups. 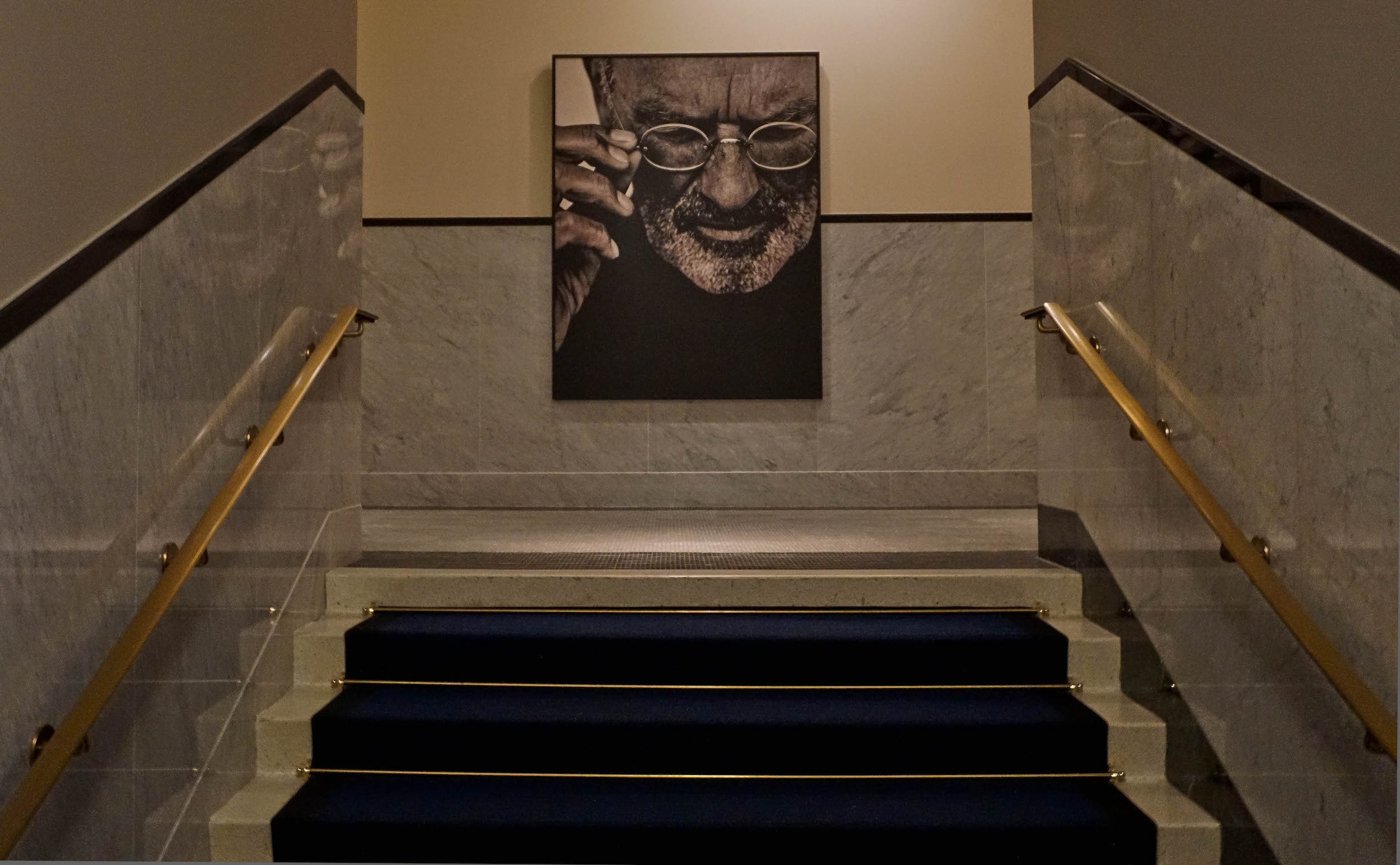 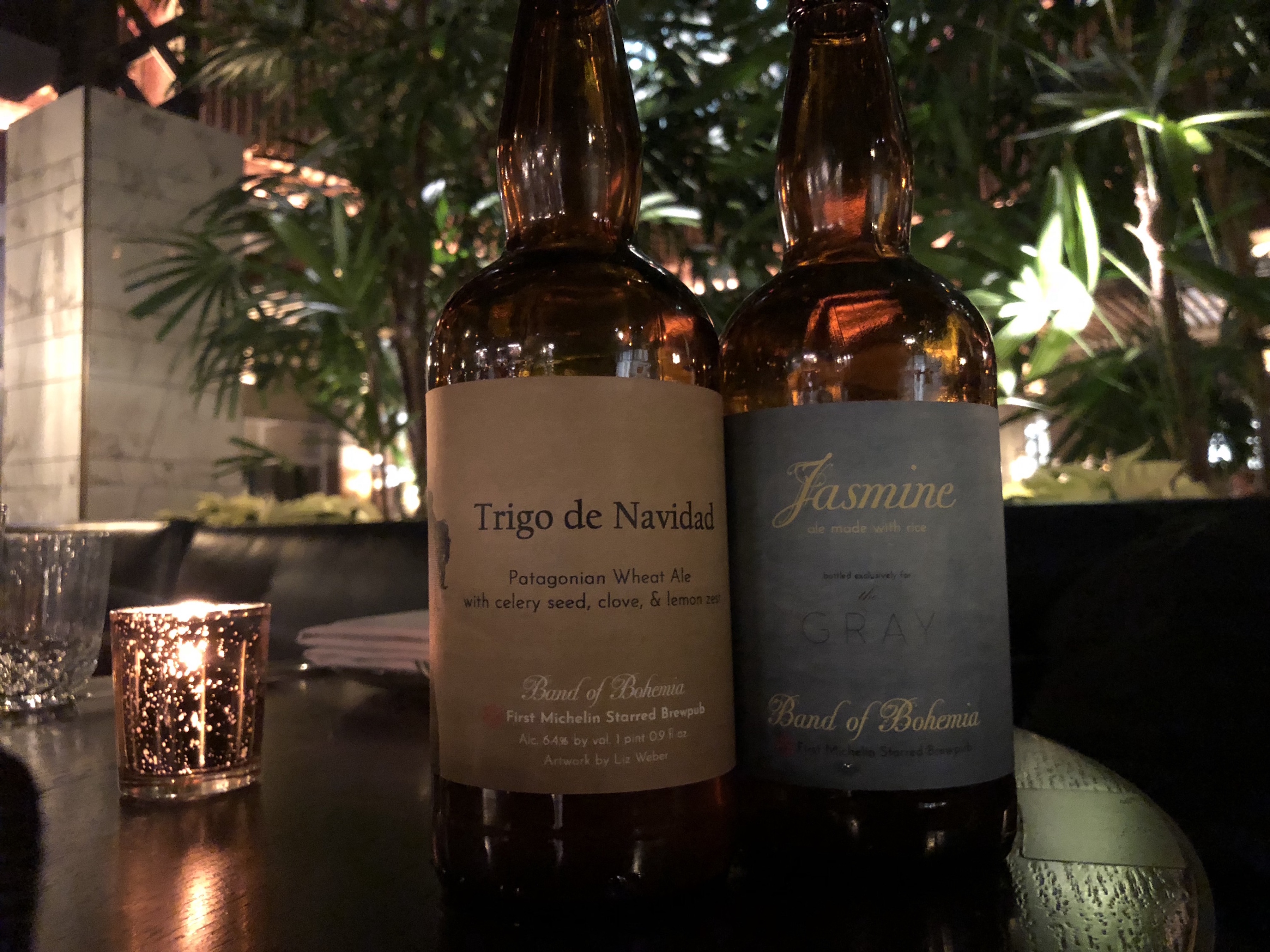 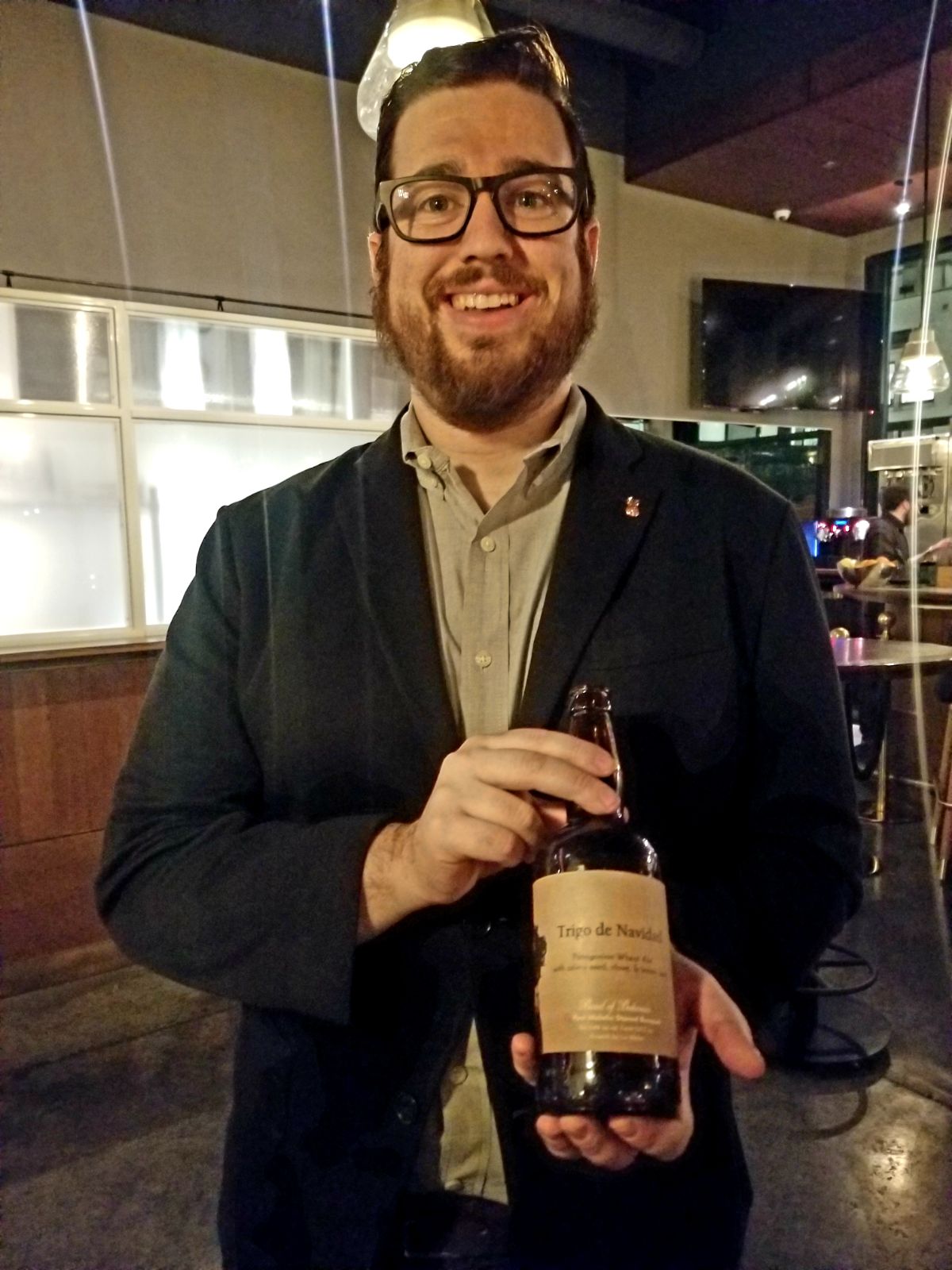 Trigo De Navidad
Patagonian Wheat Ale accented with celery seed, cloves and lemon peel. An offering to Zaramama, the Goddess of Earth and grains. Blending malted barley, wheat and Patagonian malts, this beer is reminiscent of those found in Argentina + throughout South America.  A winter wheat ale with a delicate aroma of lemon zest rounded out by earthy celery seeds and hints of clove. 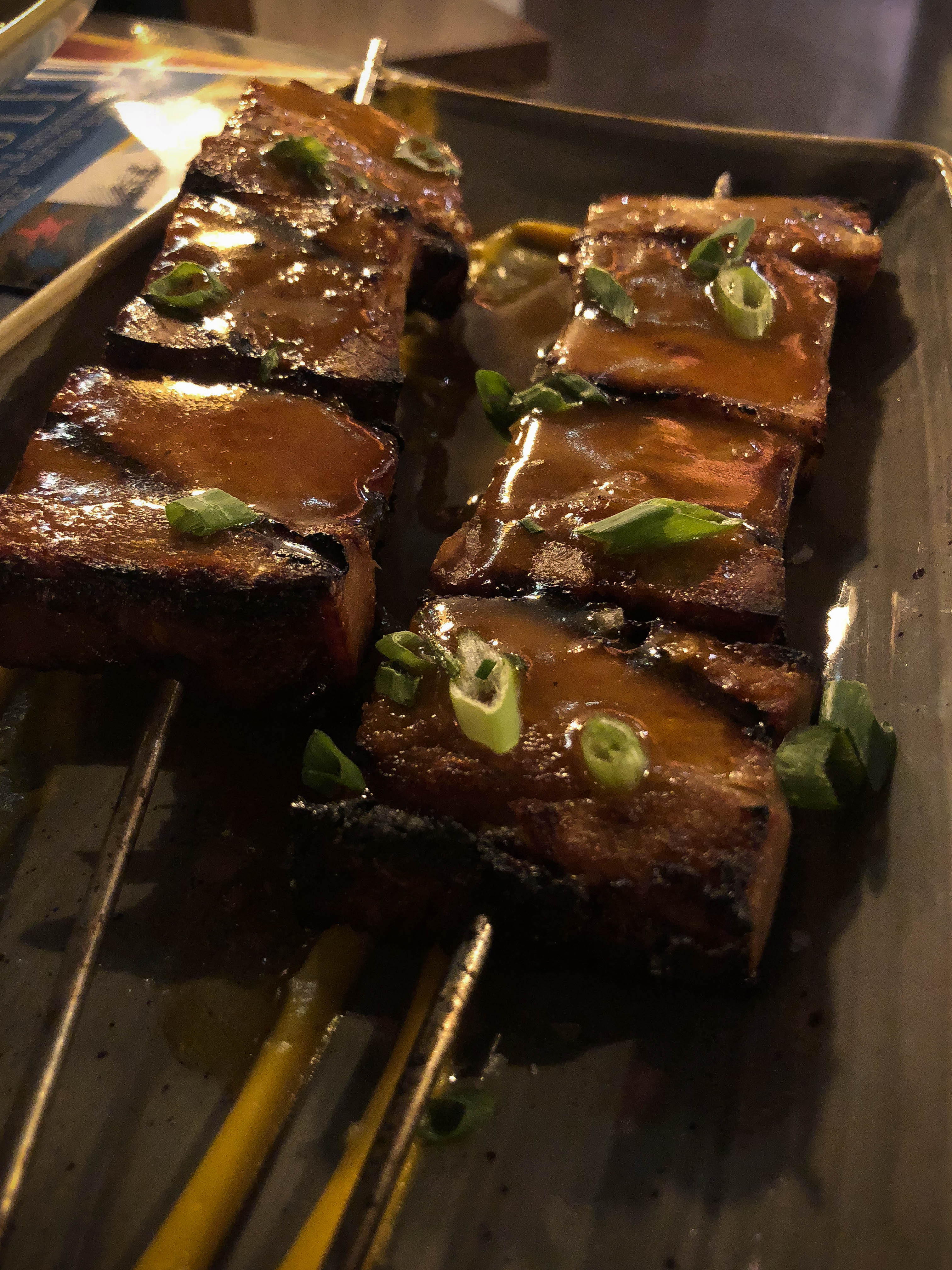 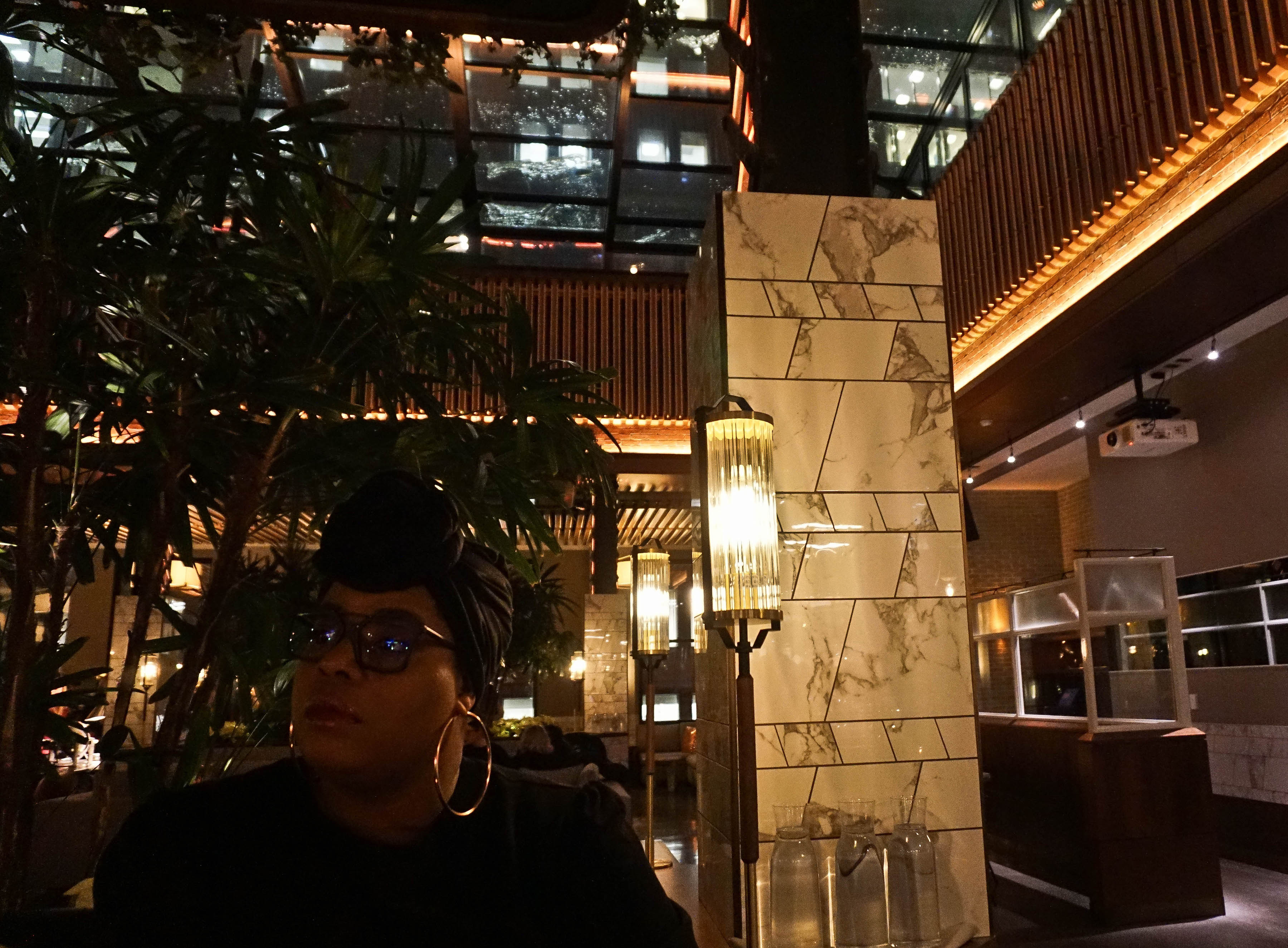 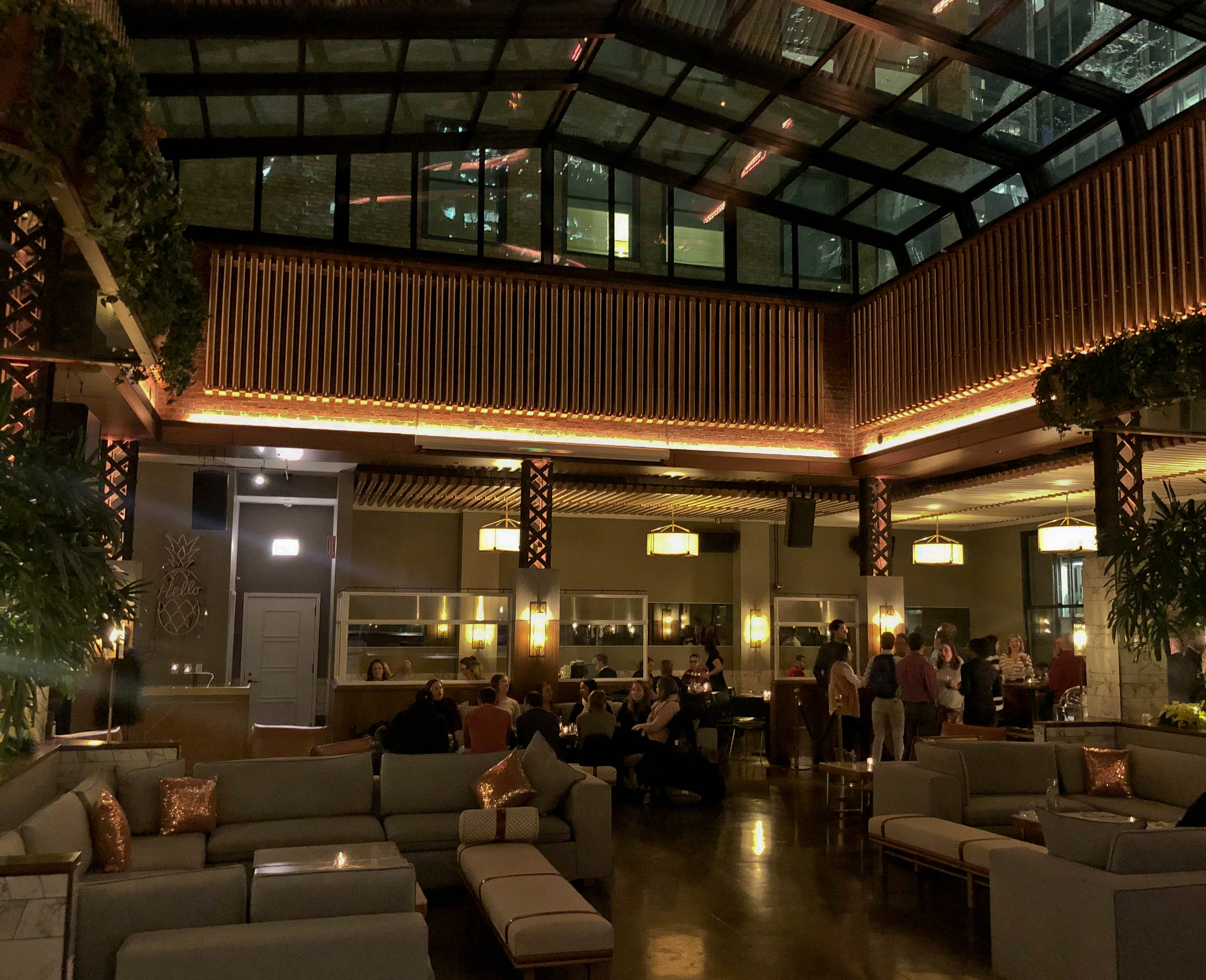 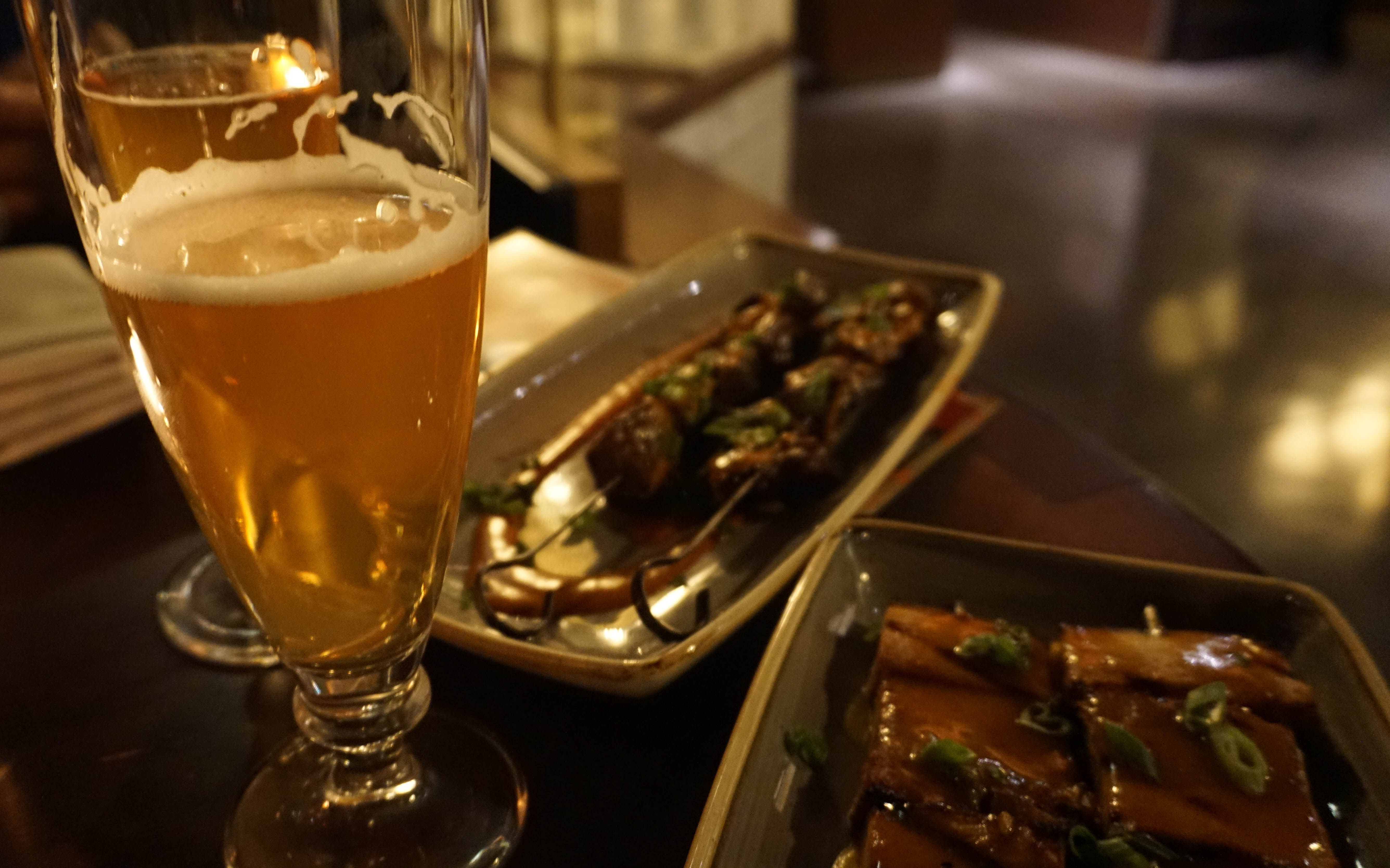 a distinct culinary destination in the The Loop’s Financial District 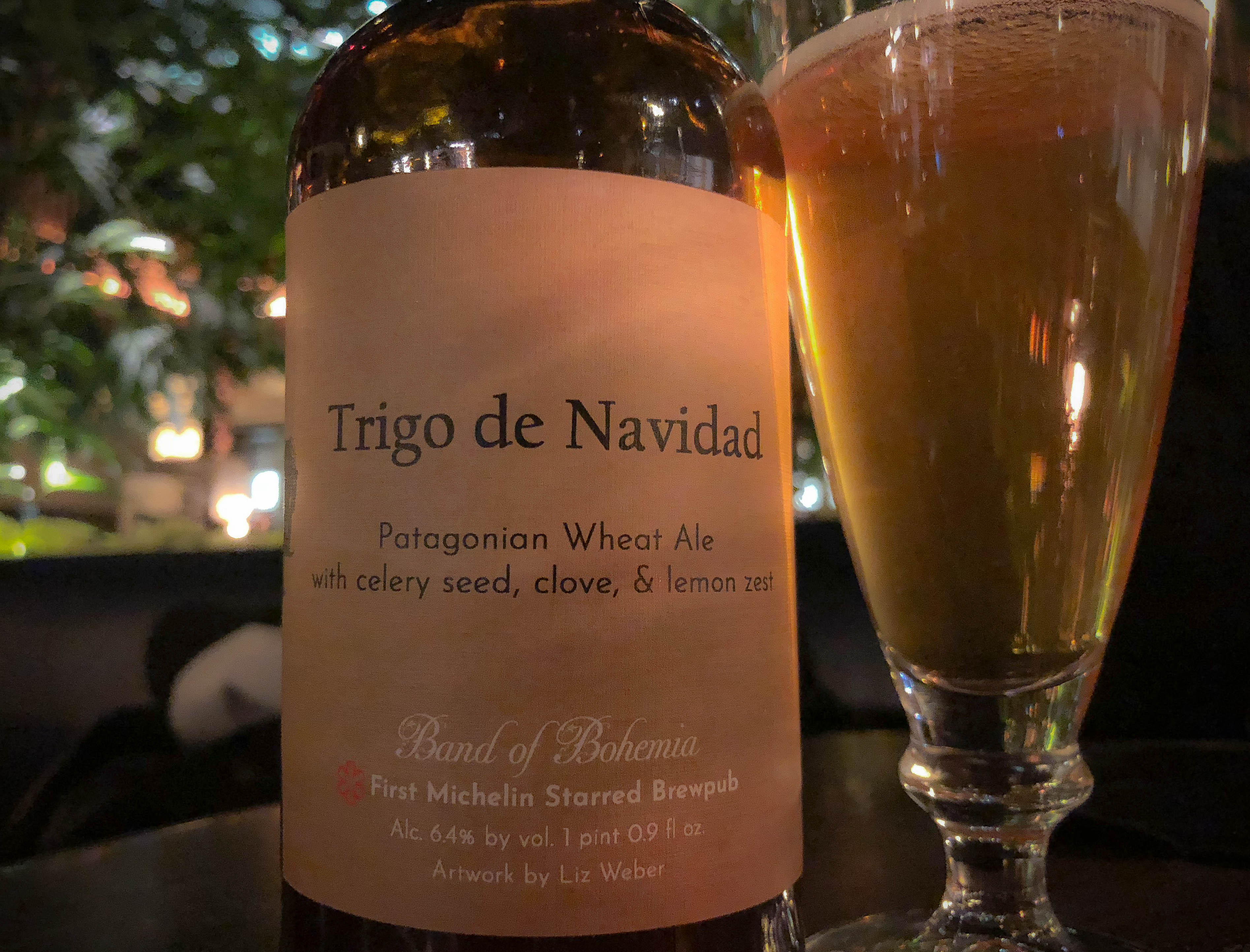 a seasonal offering, while supplies last

We are slowly discovering a revival in The Loop between Union Station and City Hall. There are quite a few amazing food/beverage destinations hiding in plain sight. This beers are interesting and thoughtful on their own, and create a heightened experience when enjoyed with this menu.

Other Notes:
-Alinea is Chicago’s only three Michelin star restaurant which is their highest honor + a distinction only held by 15 US restaurants last year.

– Beverage Supervisor, Matt Rosen wears a pineapple lapel pin as it is the symbol of hospitality.

-The Palomar River North, Hotel Monaco and Hotel Allegro are also under the Kimpton umbrella in Chicago.

-Jasmine Rice Ale + Trigo De Navidad are available on both draft and bottles at Gray Hotel while supplies last.

-Bistec (skirt steak, anticuchera salsa) was the secondary pairing for the collaboration ales.

-Back in his Half Acre days, Band of Bohemia Co Founder, Michael Carroll would carry brewery business cards that read, Brewer/Bohemian Troubadour as his title. 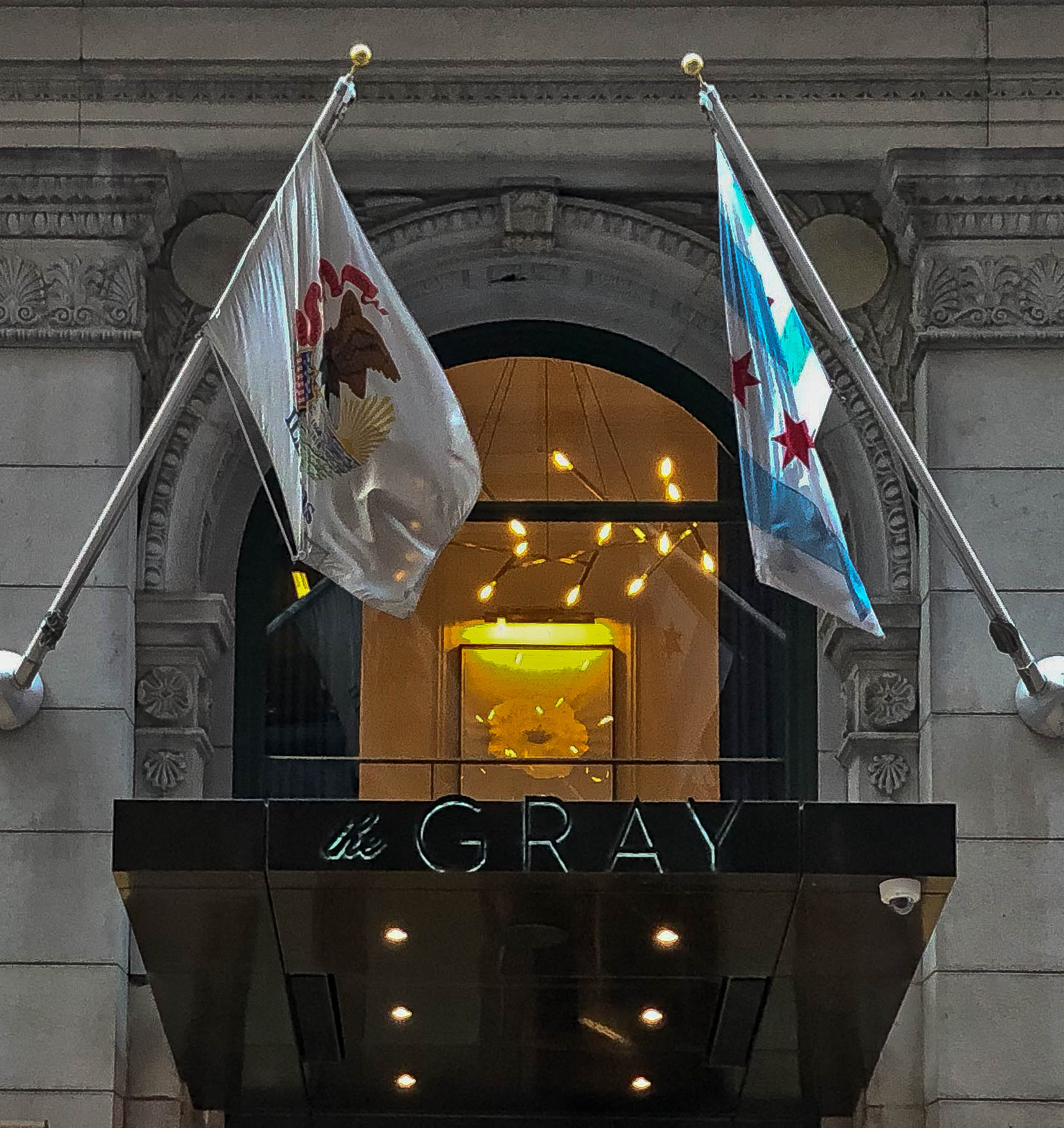 an upscale, boutique Chicago Loop Hotel in a historic landmark building, close to everything in downtown at 122 W Monroe.