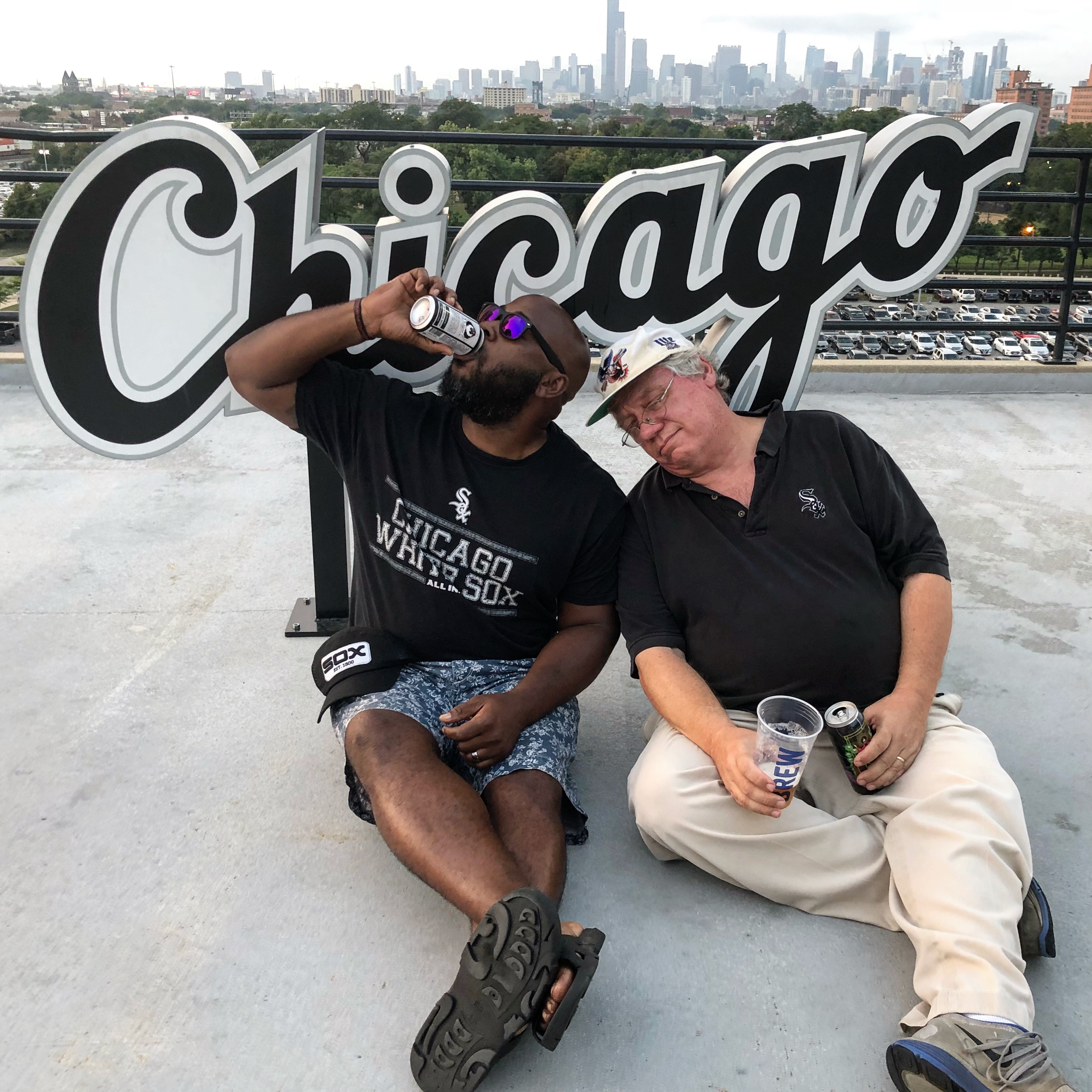 Back in the early 90’s Mark McDermott would host Halloween parties with Mensa International and invite the Chicago Beer Society over. The two groups would share homebrew made for the occasion. His work with The Examiner and Tribune Publishing pre dates anything our website has done. When the chance to talk baseball and beer with him at Guaranteed Rate Field came across the wire, we got more excited than we normally do.

Chicago notoriously both the most expensive and most affordable tickets in Major League Baseball. When compared to the ballpark on the other side of town, it’s Sox Park that gets the job done with their beer selection. This is the land of over 115 local beers. The wildly popular Craft Kave in right field led to an expansion in the upper deck this season. Craft Kave Express in section 540 compliments the experience downstairs and encourages cruising the entire park on gamedays. 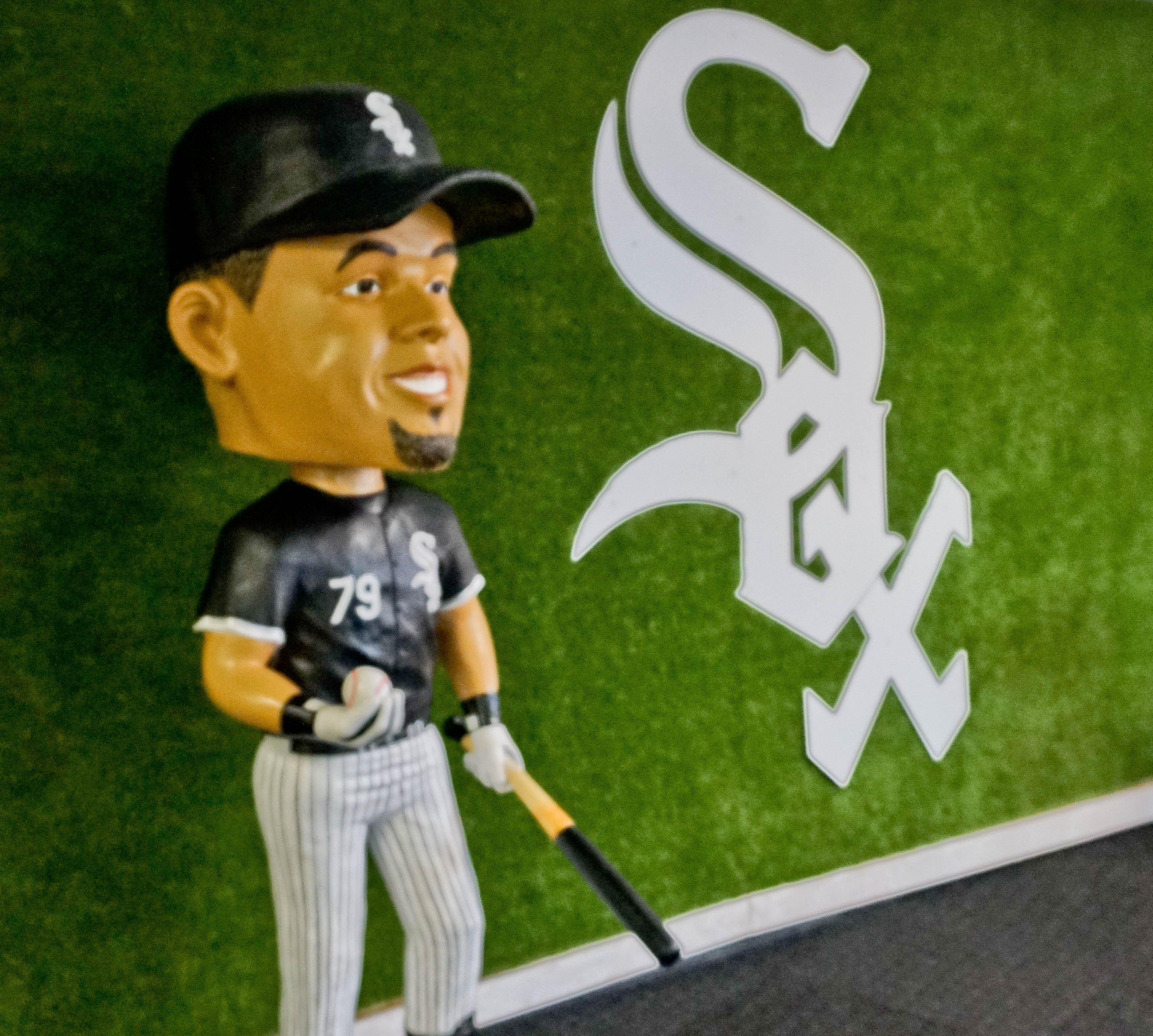 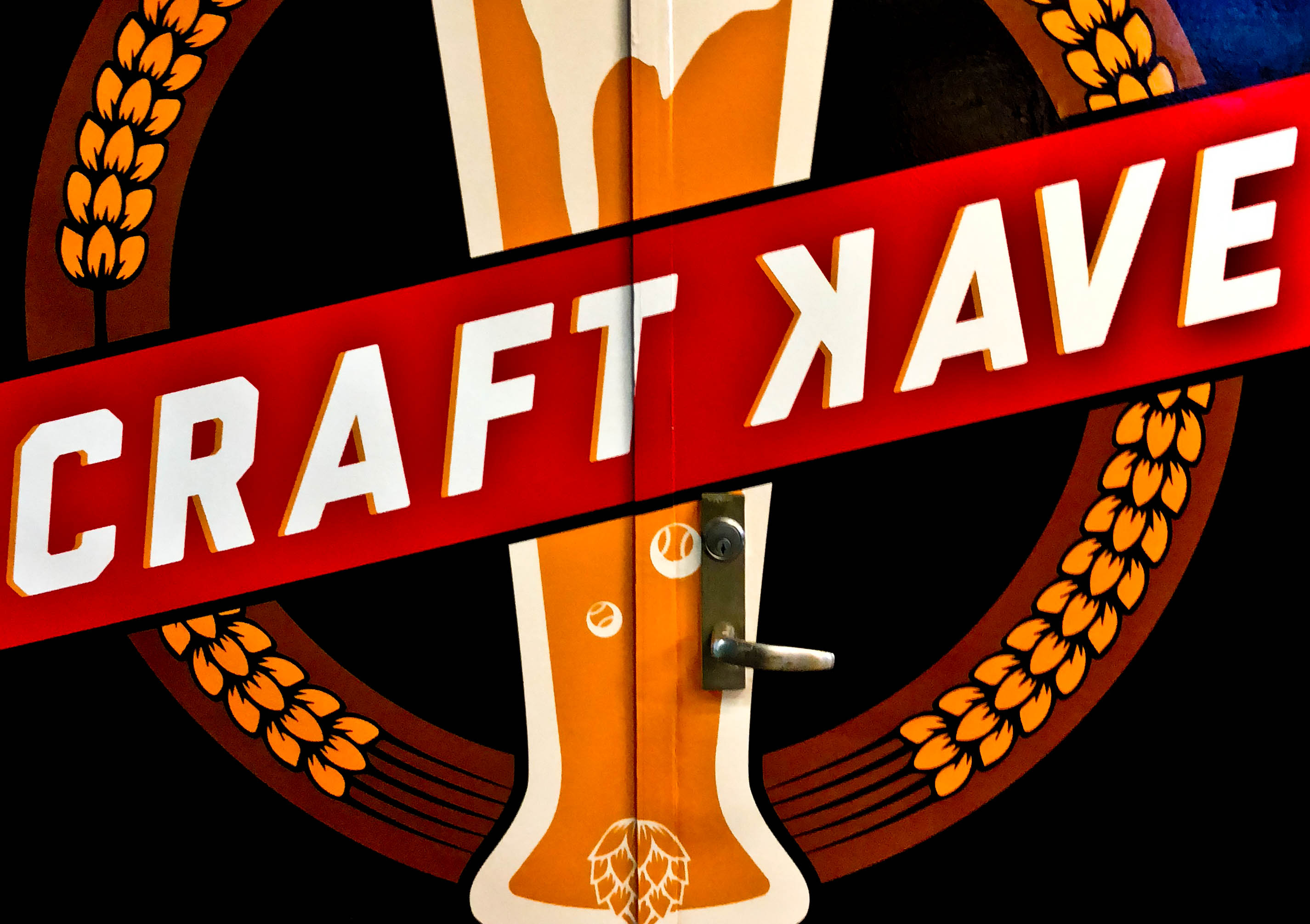 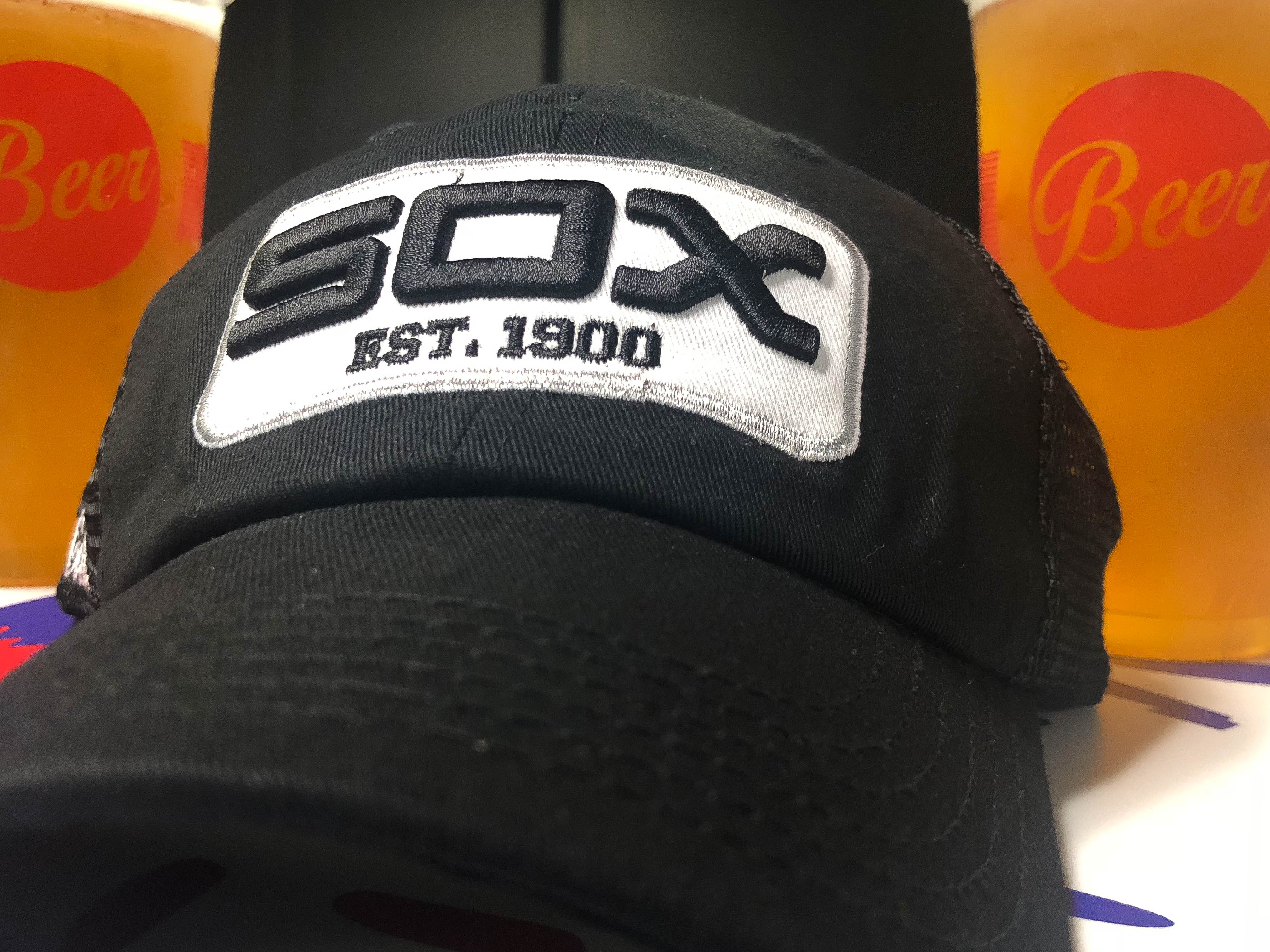 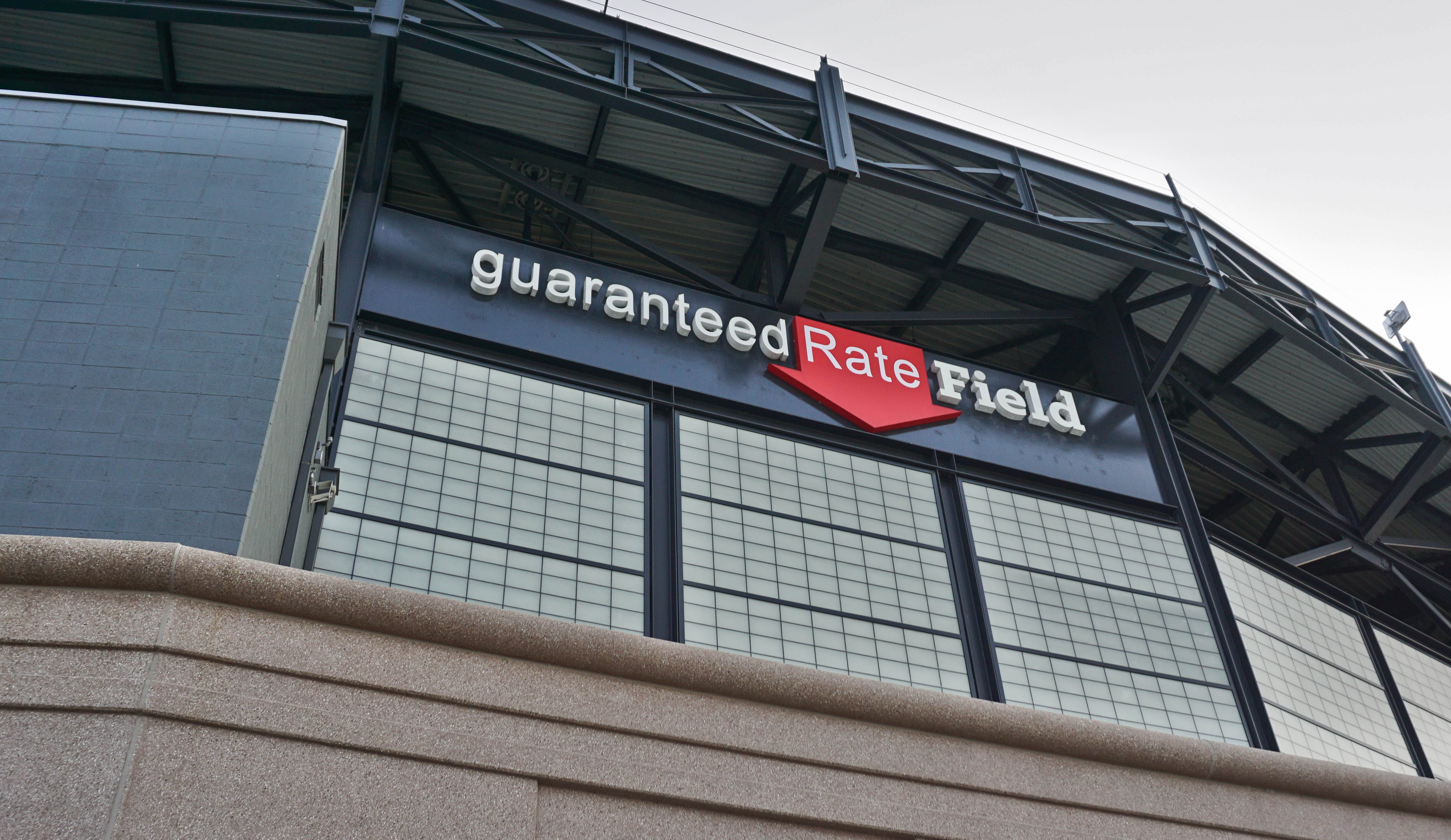 This stadium loves statues, fireworks, murals and killer pregame giveaways. The lower level for the most part is all about the 2005 World Champs. We actually enjoyed upstairs just as much because all those images focus on previous decades of Sox history.

New this season is the Chicago skyline photo deck. Clear sightlines to downtown and a photo platform in that iconic logo font are located near the ramp. The city’s name in cursive black script lettering is the same as it was on the road uniform they won the title in 13 years ago. Here is where we enjoyed Baderbraü’s South Side Pride for maybe the last time. It was announced early this season that the lager brewery located just 1.2 miles from the park was auctioning off its equipment 🙁 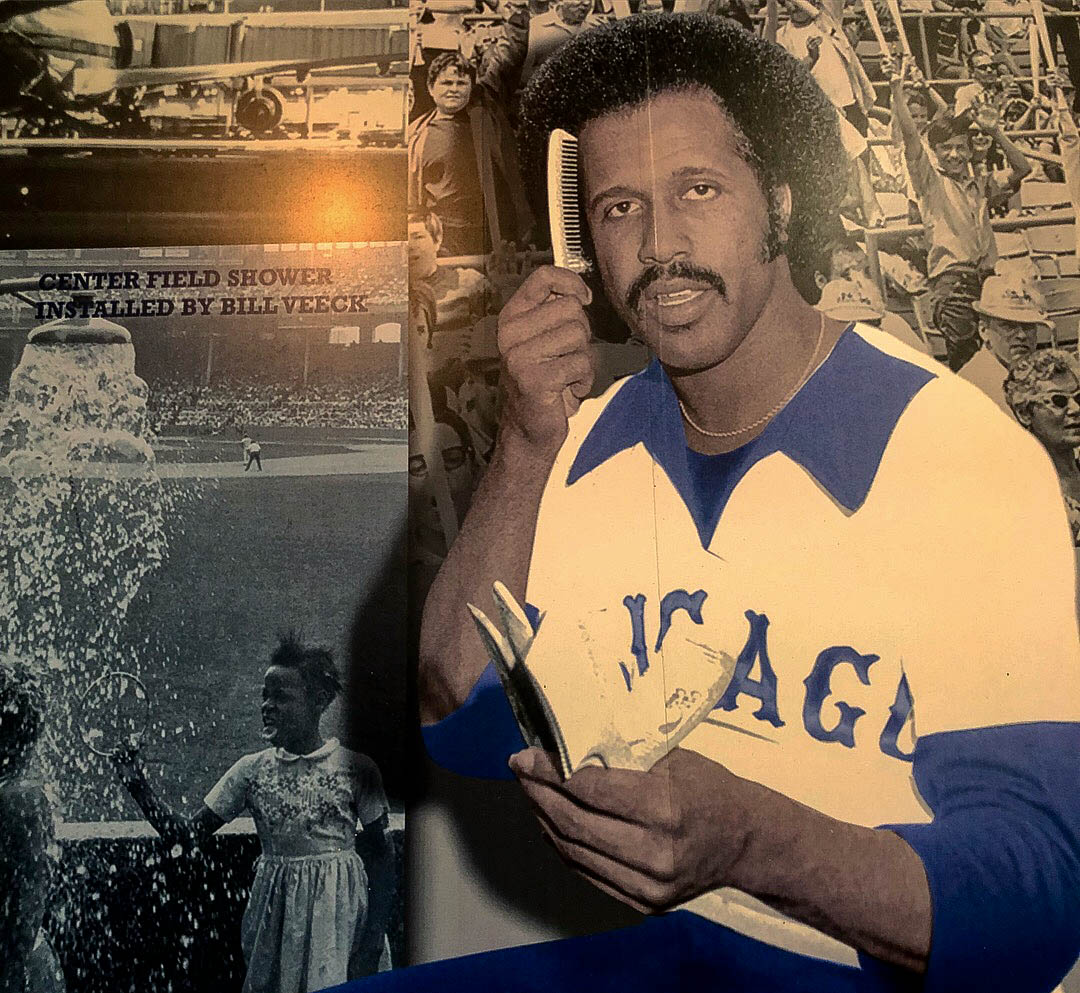 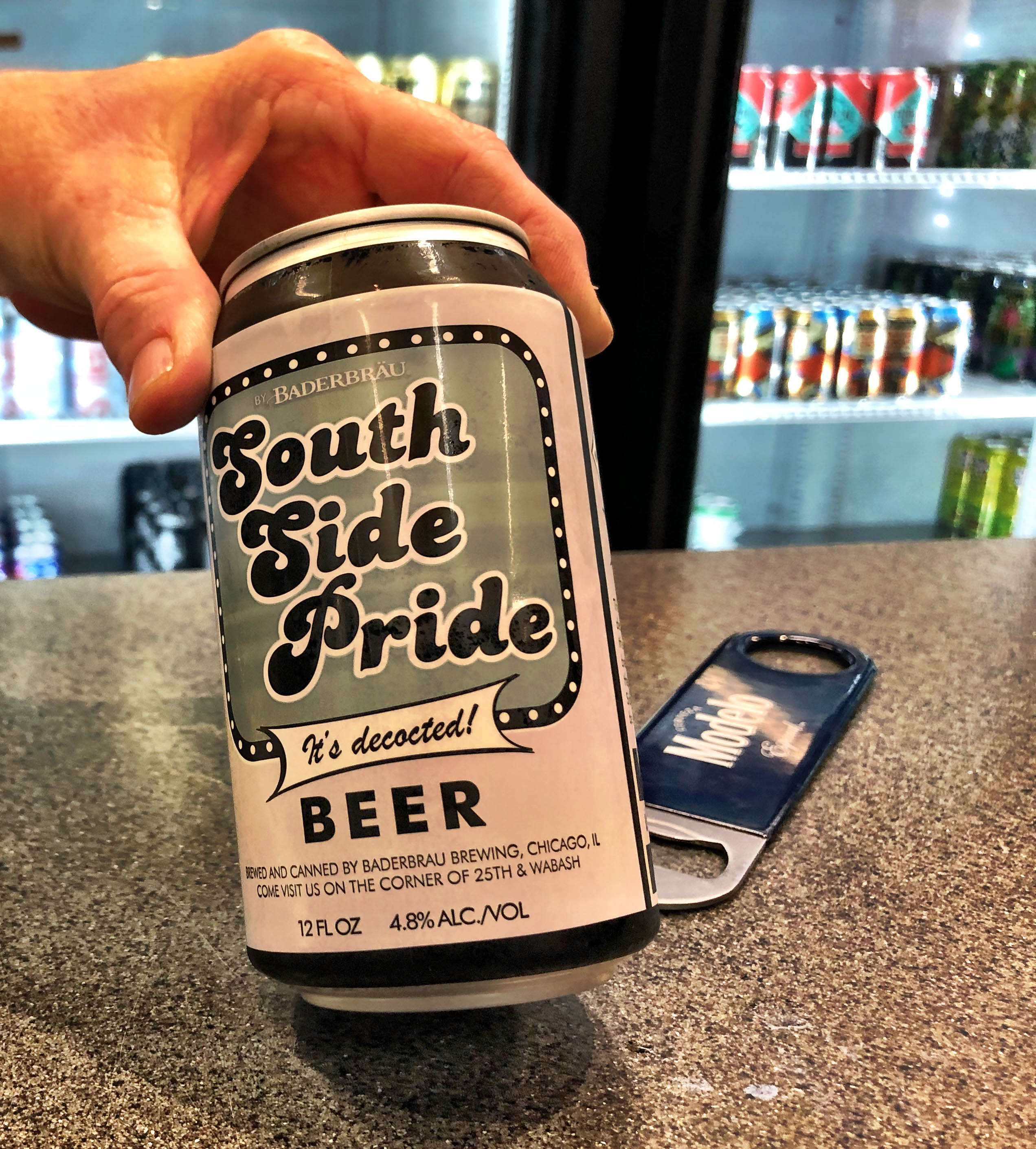 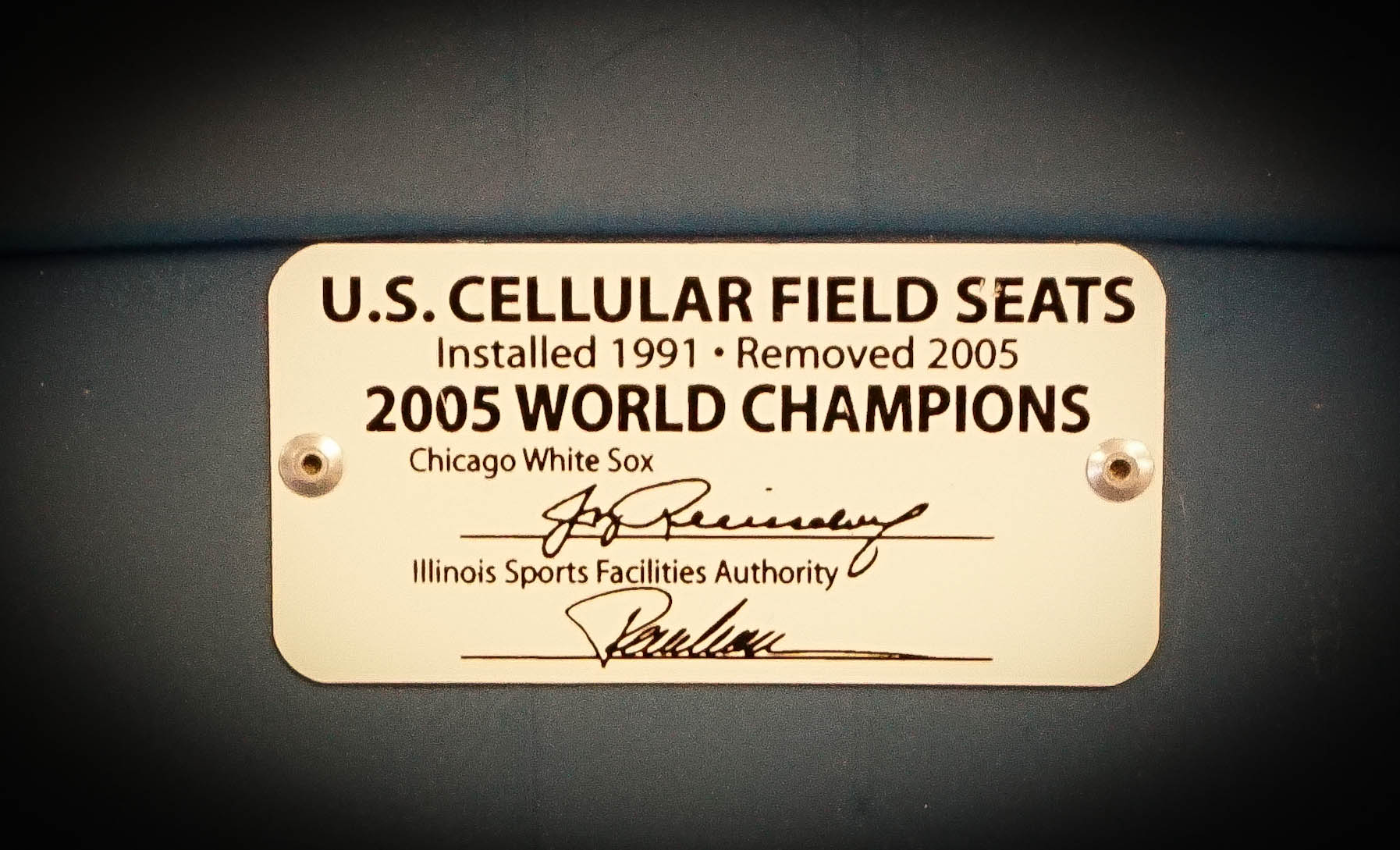 long time ago when we were fab 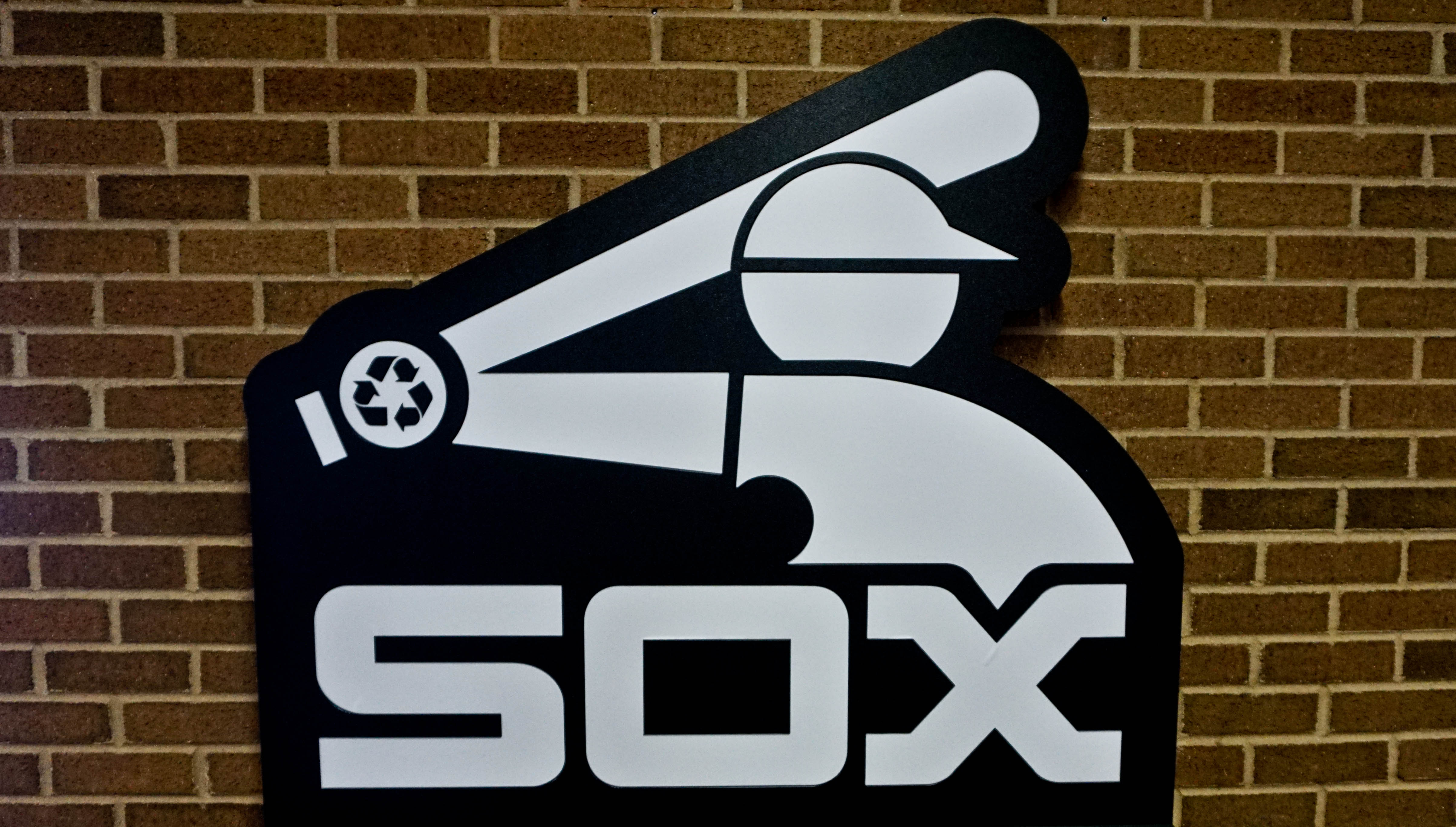 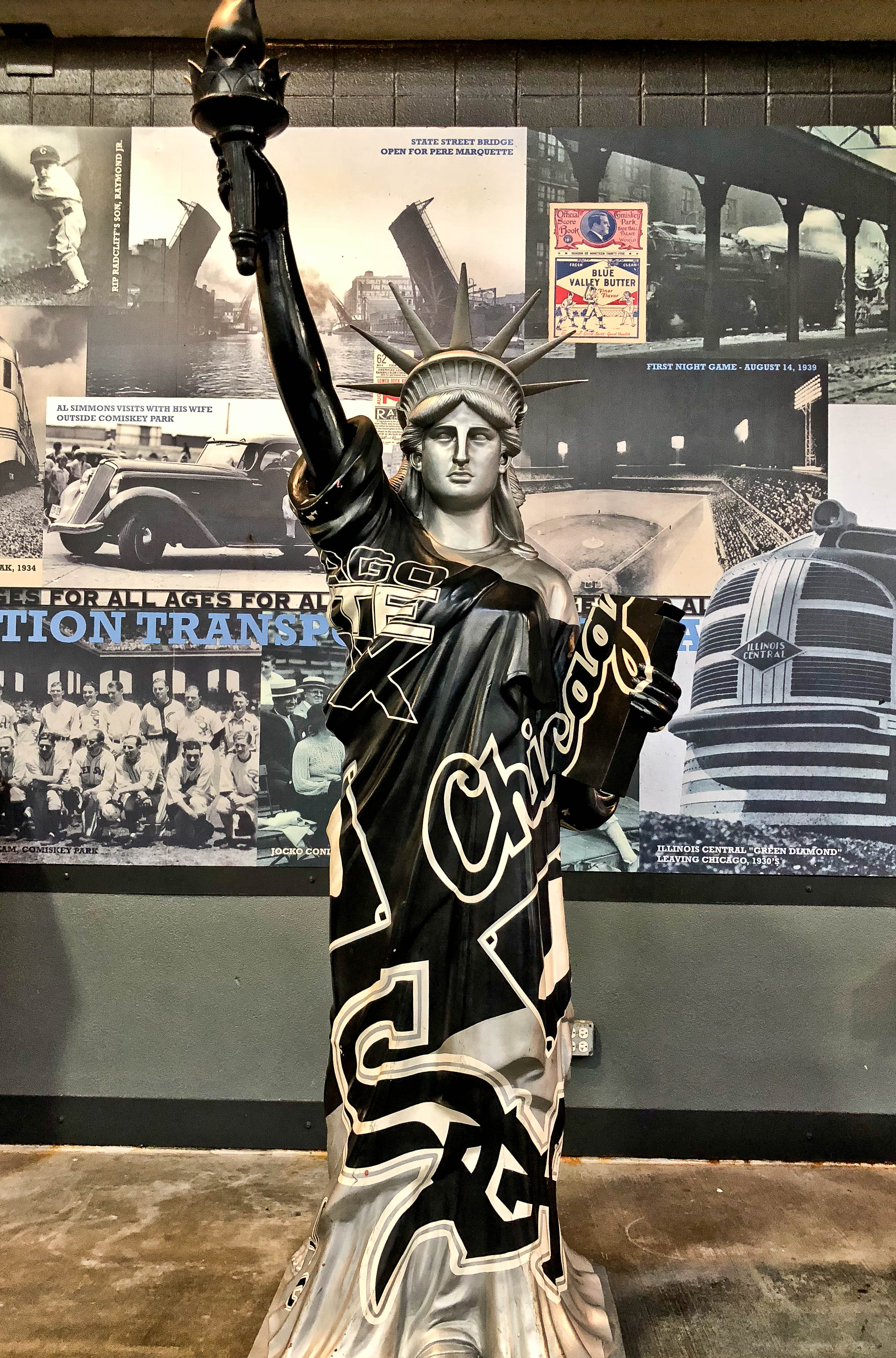 1 of the American League’s 8 original teams

This is easily my favorite place to be in Chicago.

Of course there’s the standard park fare but treats like Elotes, Irish Nachos, Ice Cream Churro Sundaes, Chorizo Sausage and Comiskey Dogs celebrate this side of town in particular. 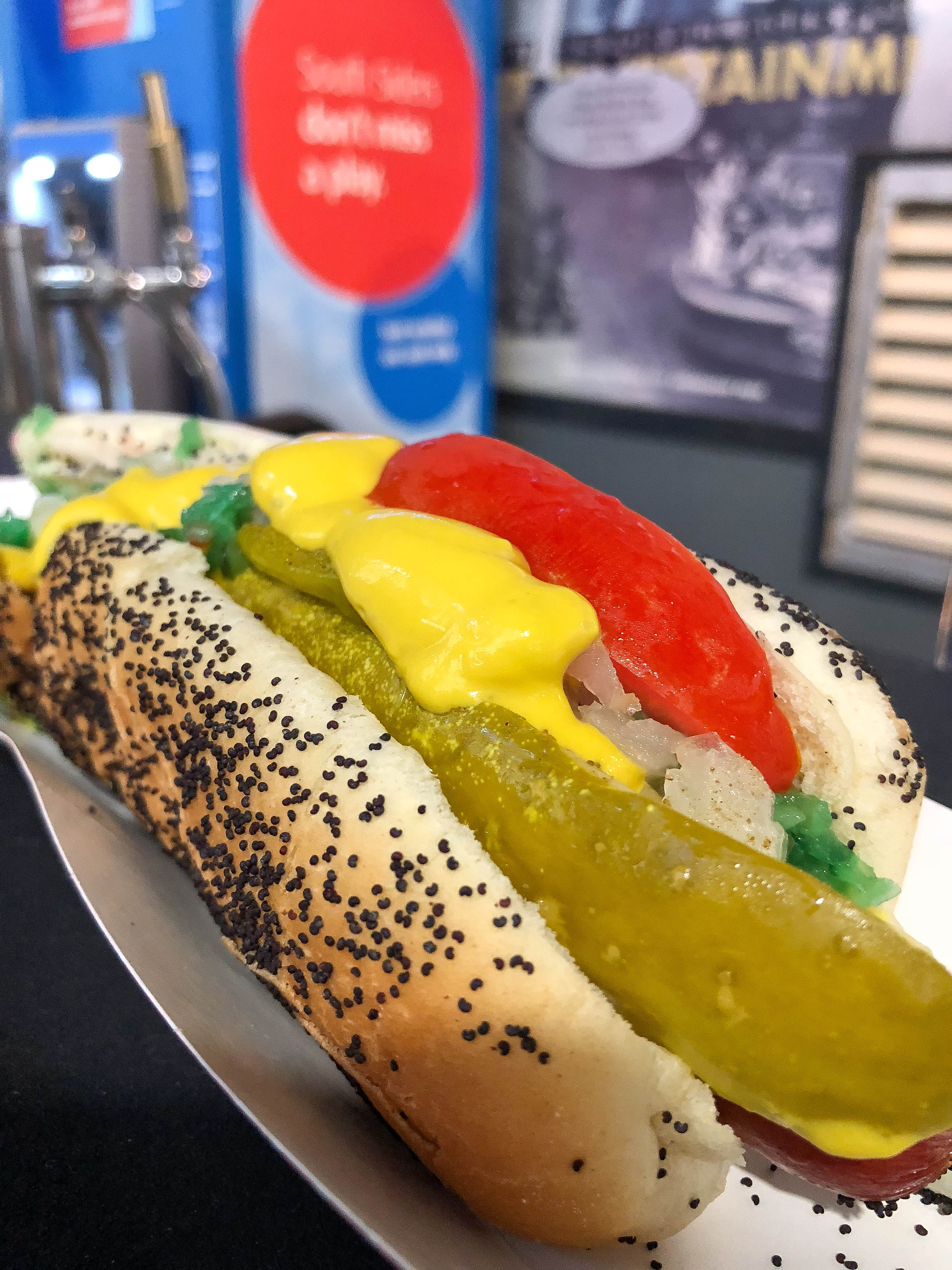 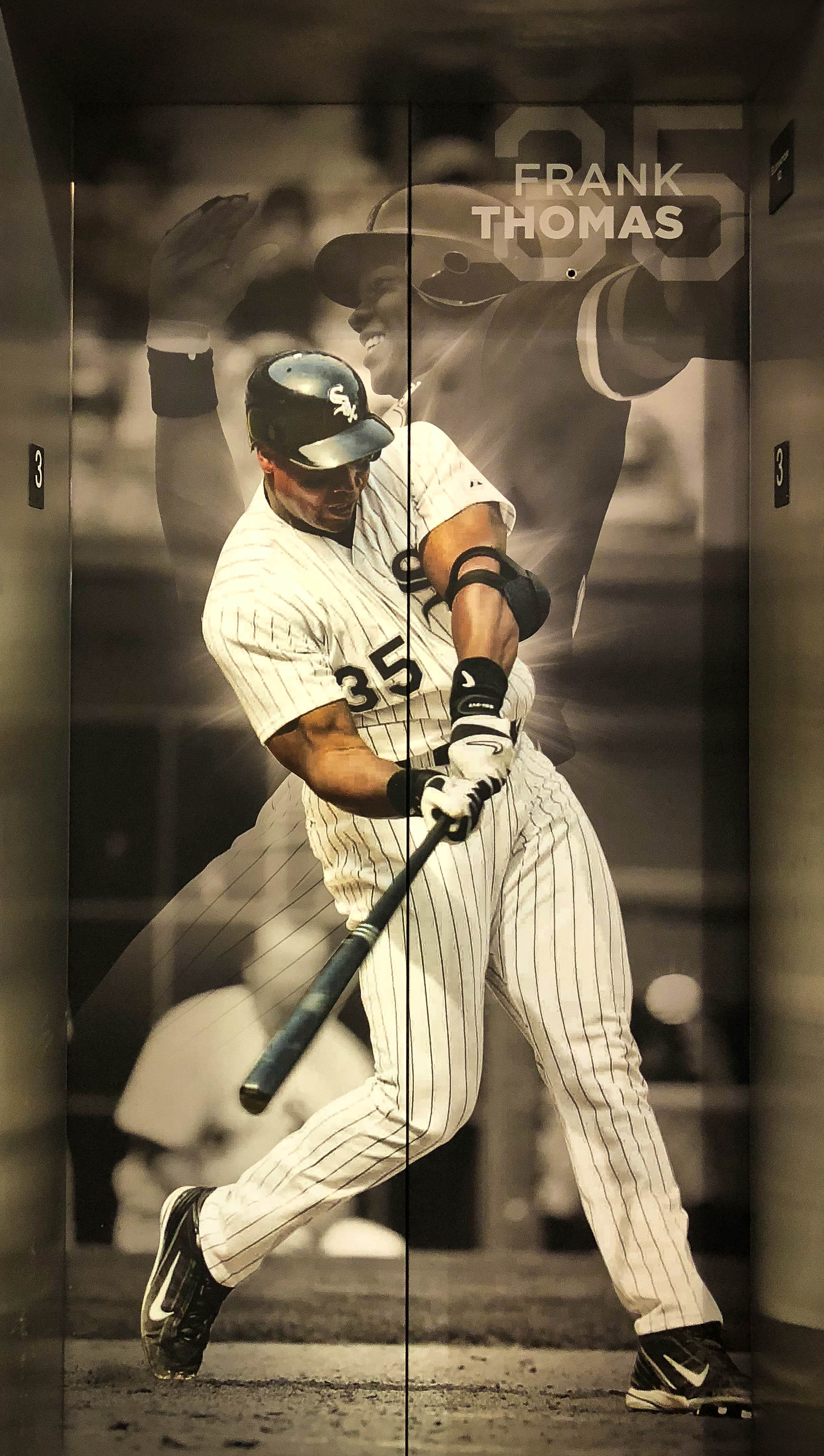 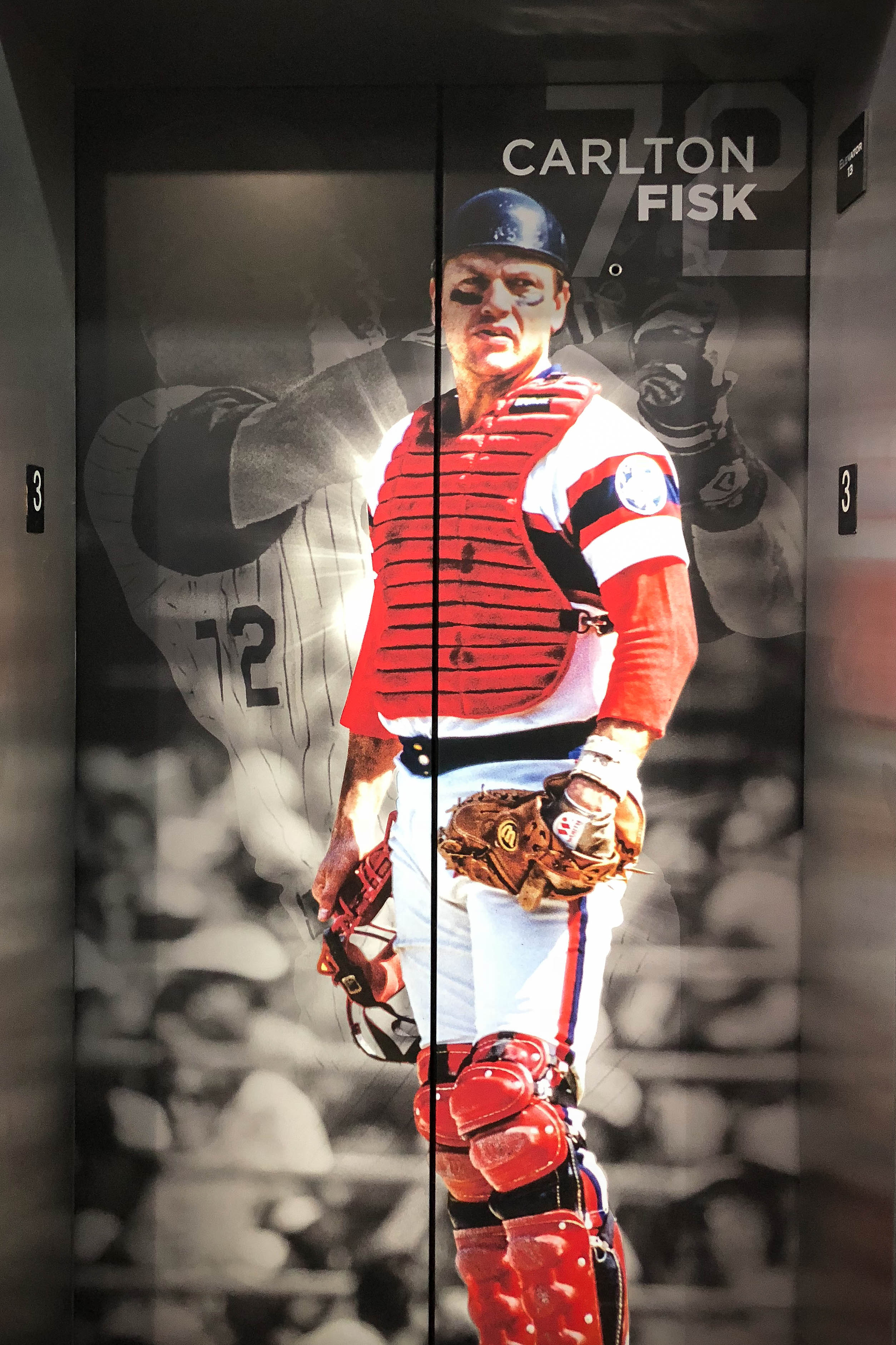 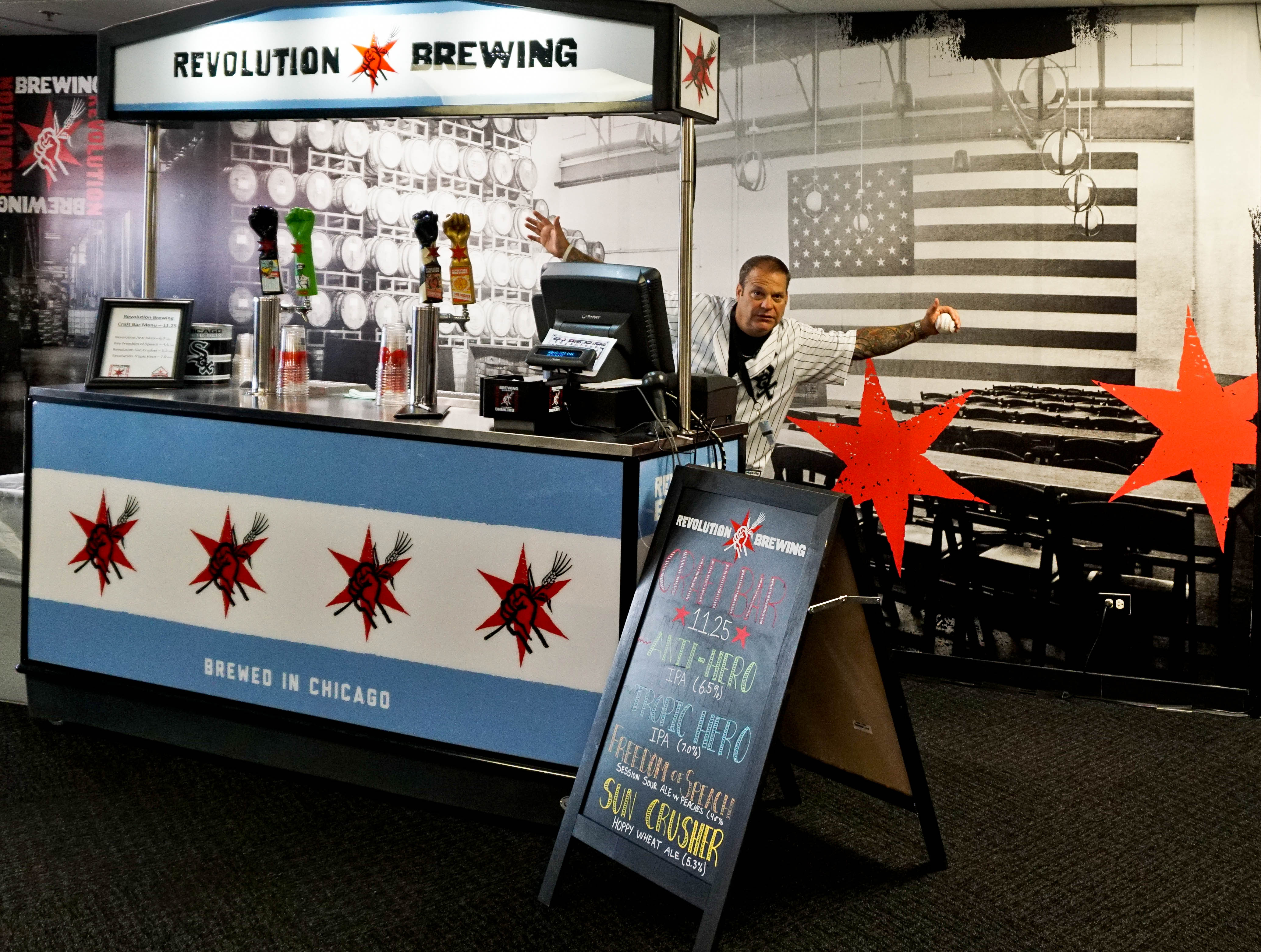 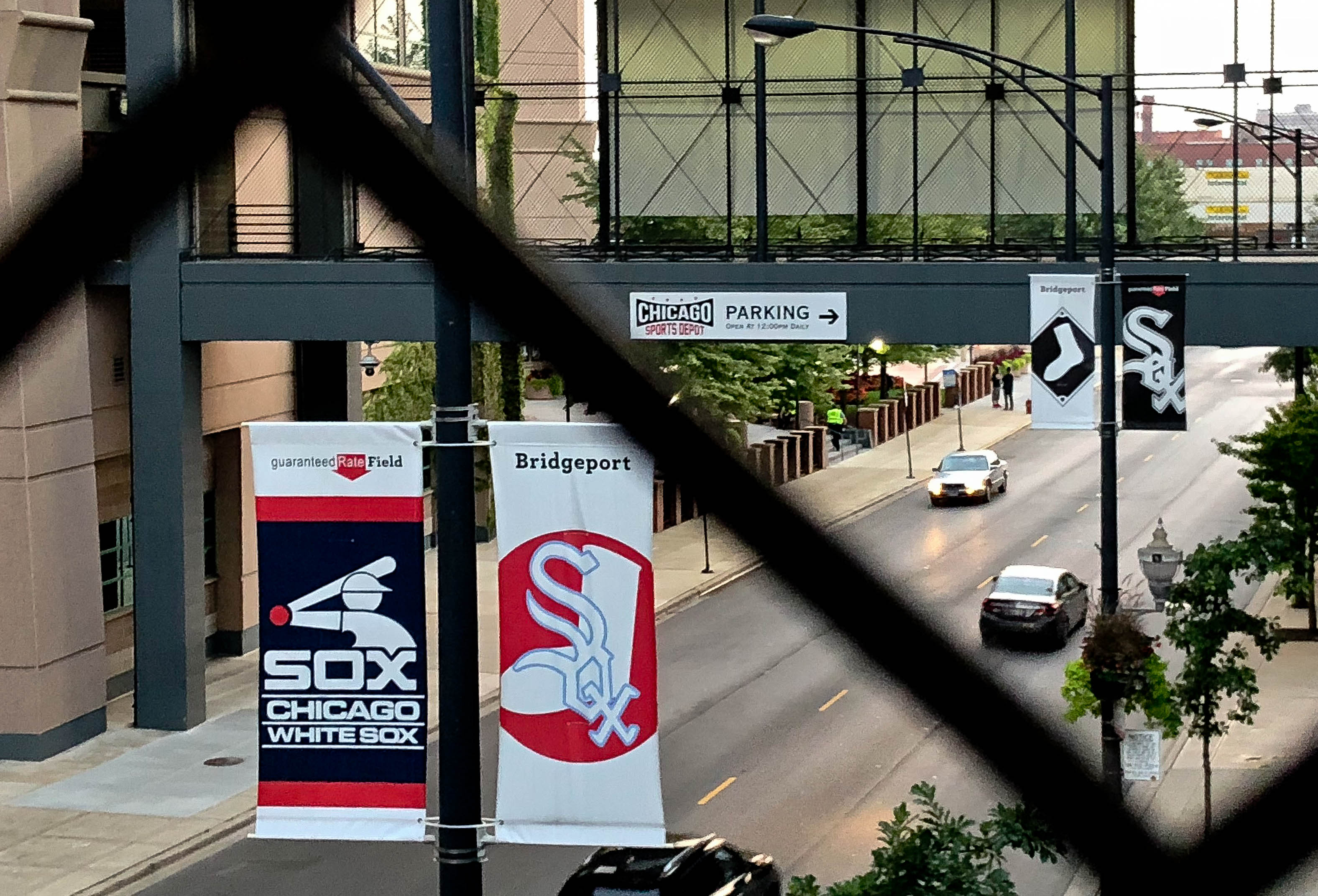 Modelo and Goose Island have the big sponsorship budgets, so they have the largest presence. But we root for crews like Pipeworks, Pollyana, Blue Island, Hop Butcher, Around The Bend and Maplewood, most who self distribute but still make their way to a big league stadium.

We can thank the Chicago White Sox for that.

–The White Sox have the most uniform changes in baseball history

-The Sox have played at this intersection since 1910. Old Comiskey Park was located across the street 1910-1990

–Before every game, after every White Sox home run, and after White Sox victories, fireworks are exploded. 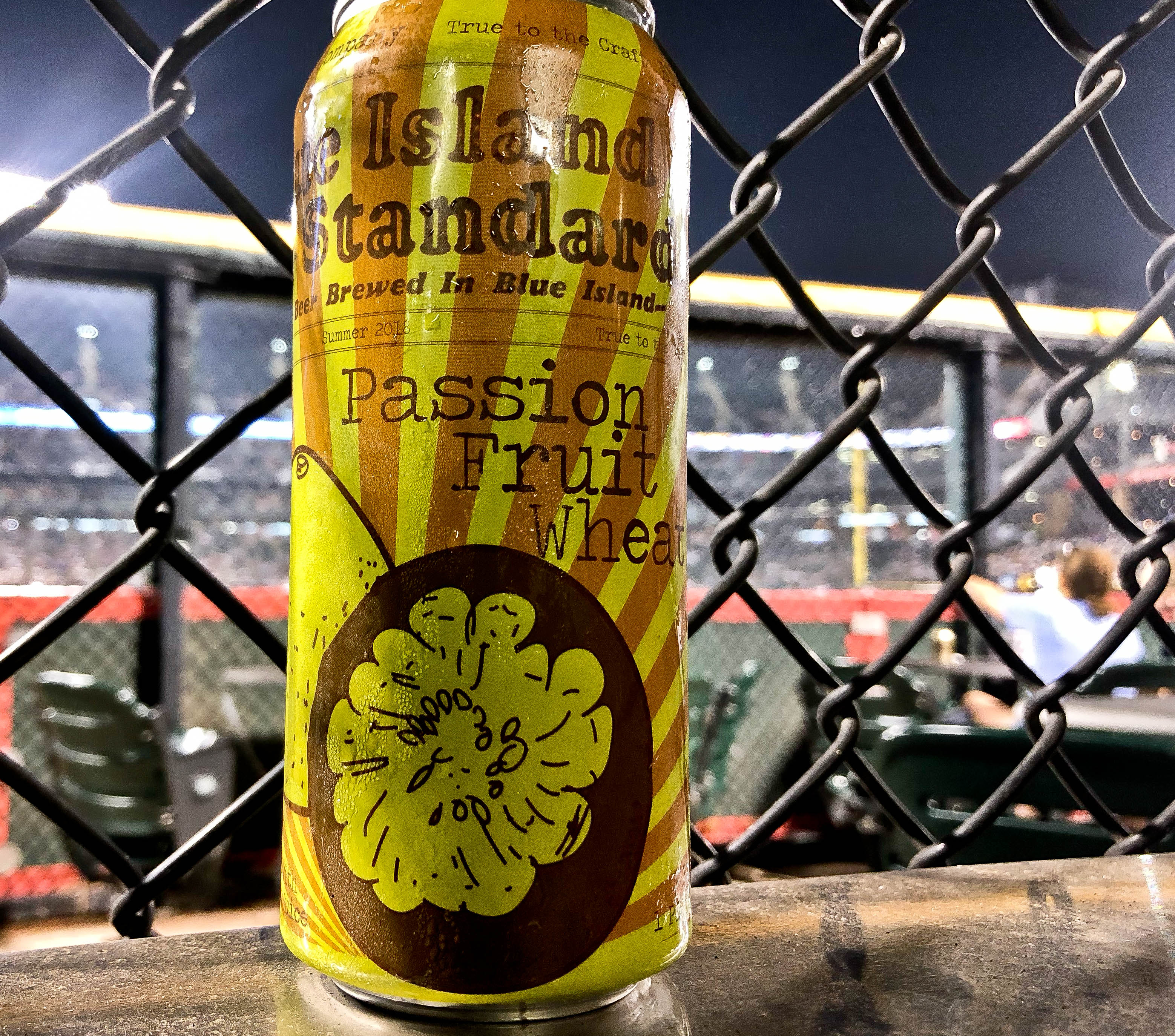