Home Around Town Beer for the Body, BBQ for the Soul: Doc’s Smokehouse + Craft Bar Mokena

Beer for the Body, BBQ for the Soul: Doc’s Smokehouse + Craft Bar Mokena 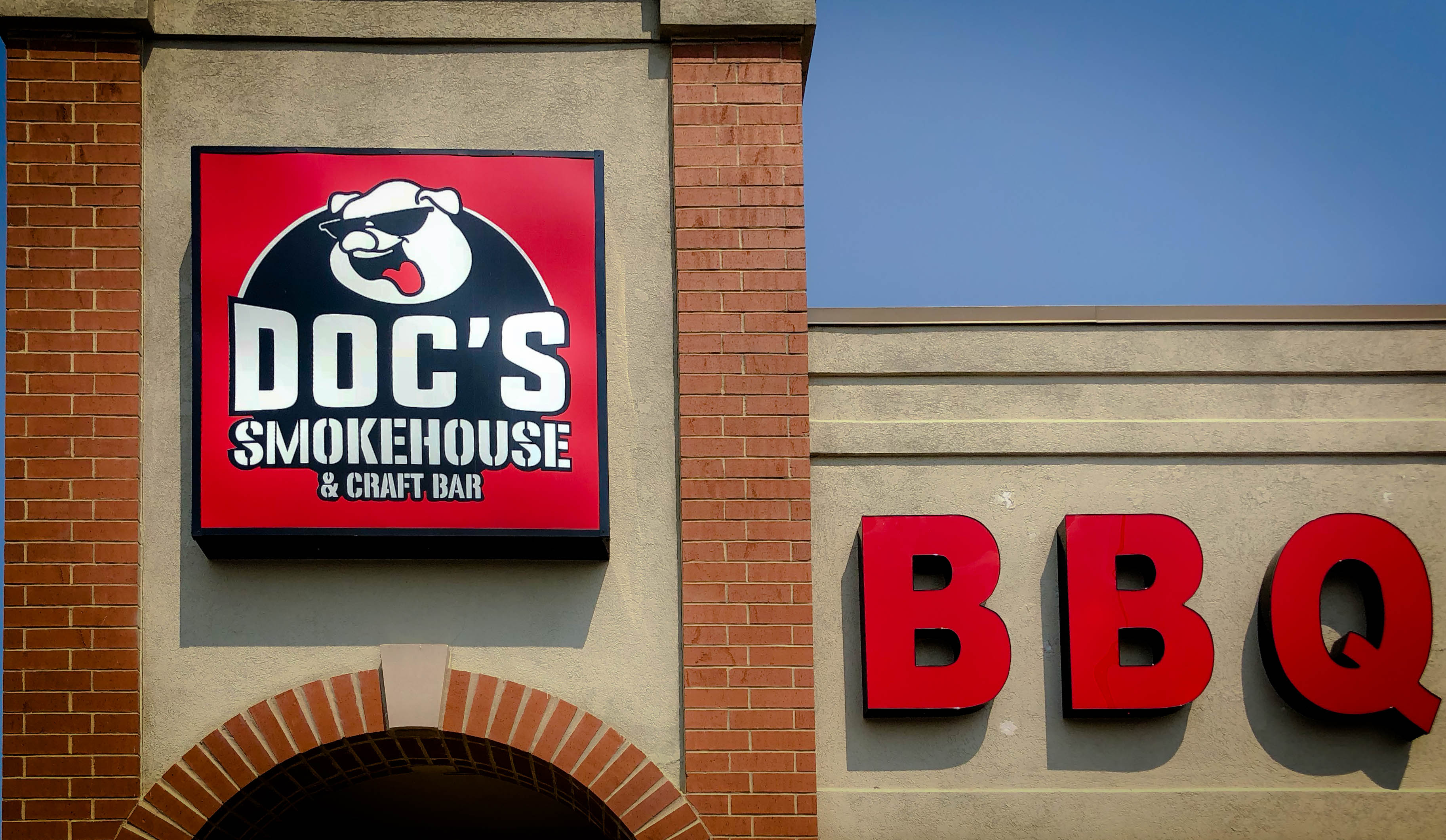 This place has no business being this good.

Located in the deep south burb of Mokena is Doc’s third Smokehouse location. Word is that co owner Brent Brashier was managing hotel restaurants in Milwaukee when he decided to start his own project. He desired something that was more reflective of his passions…authentic southern barbecue became the mission. 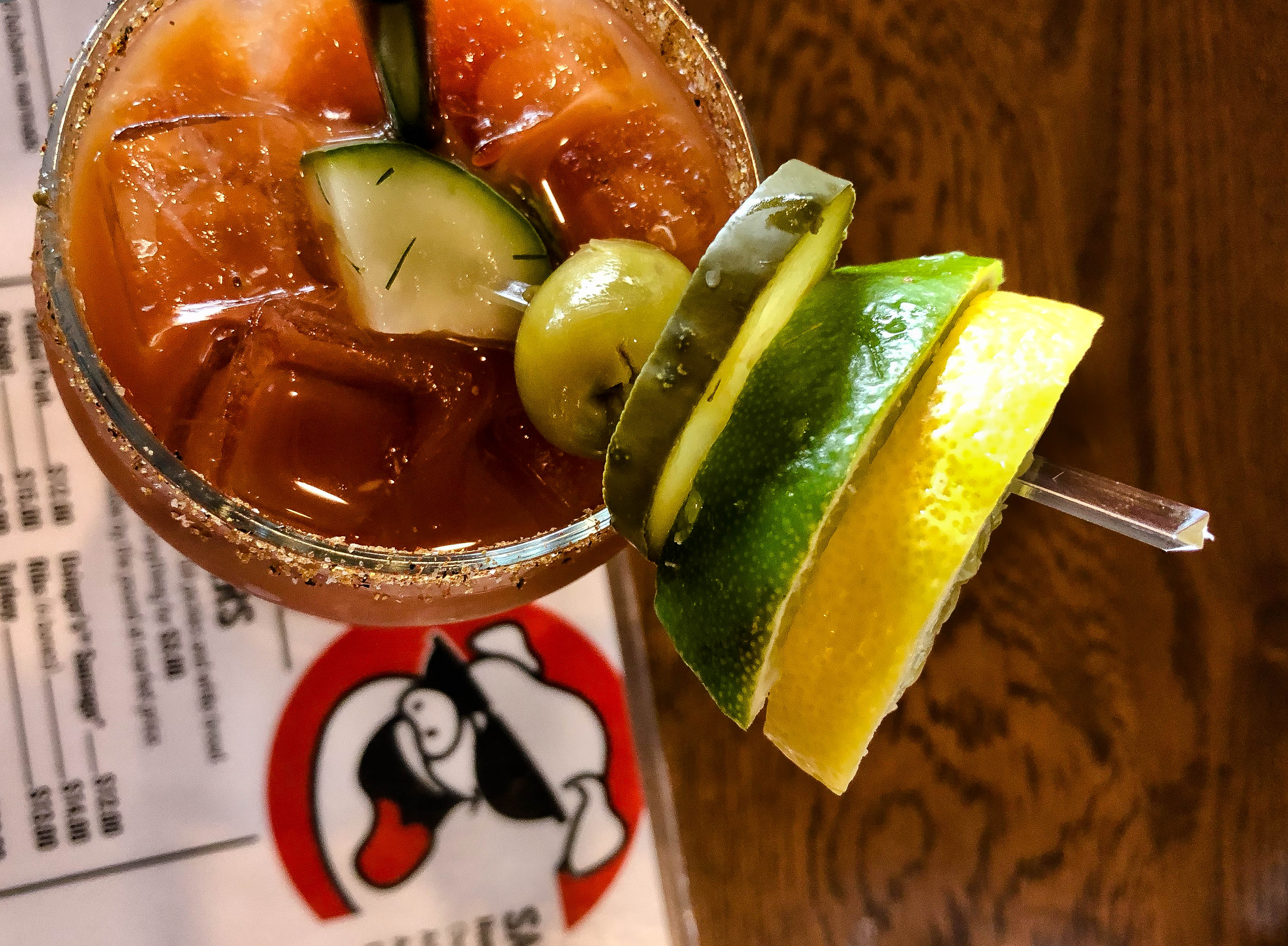 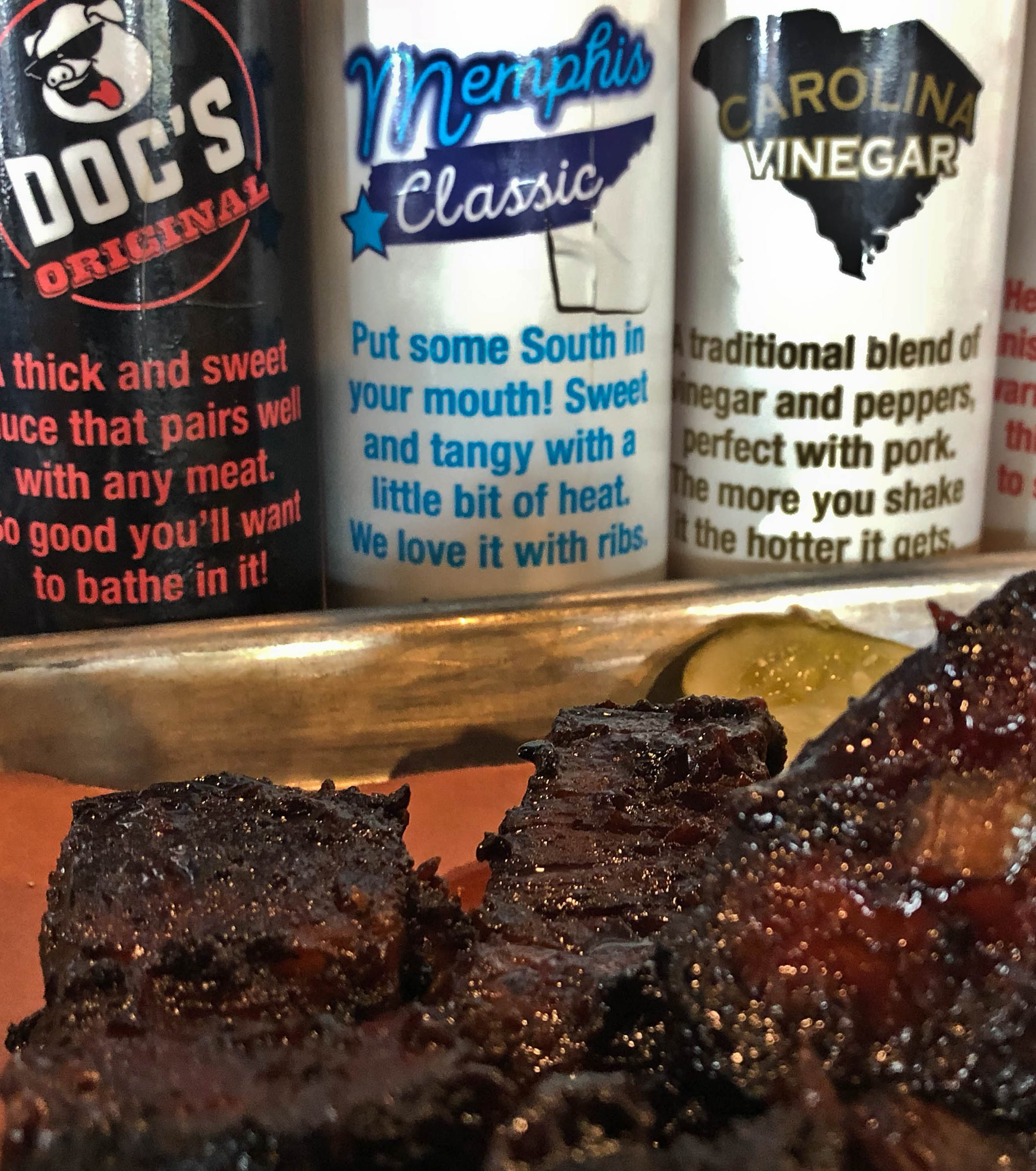 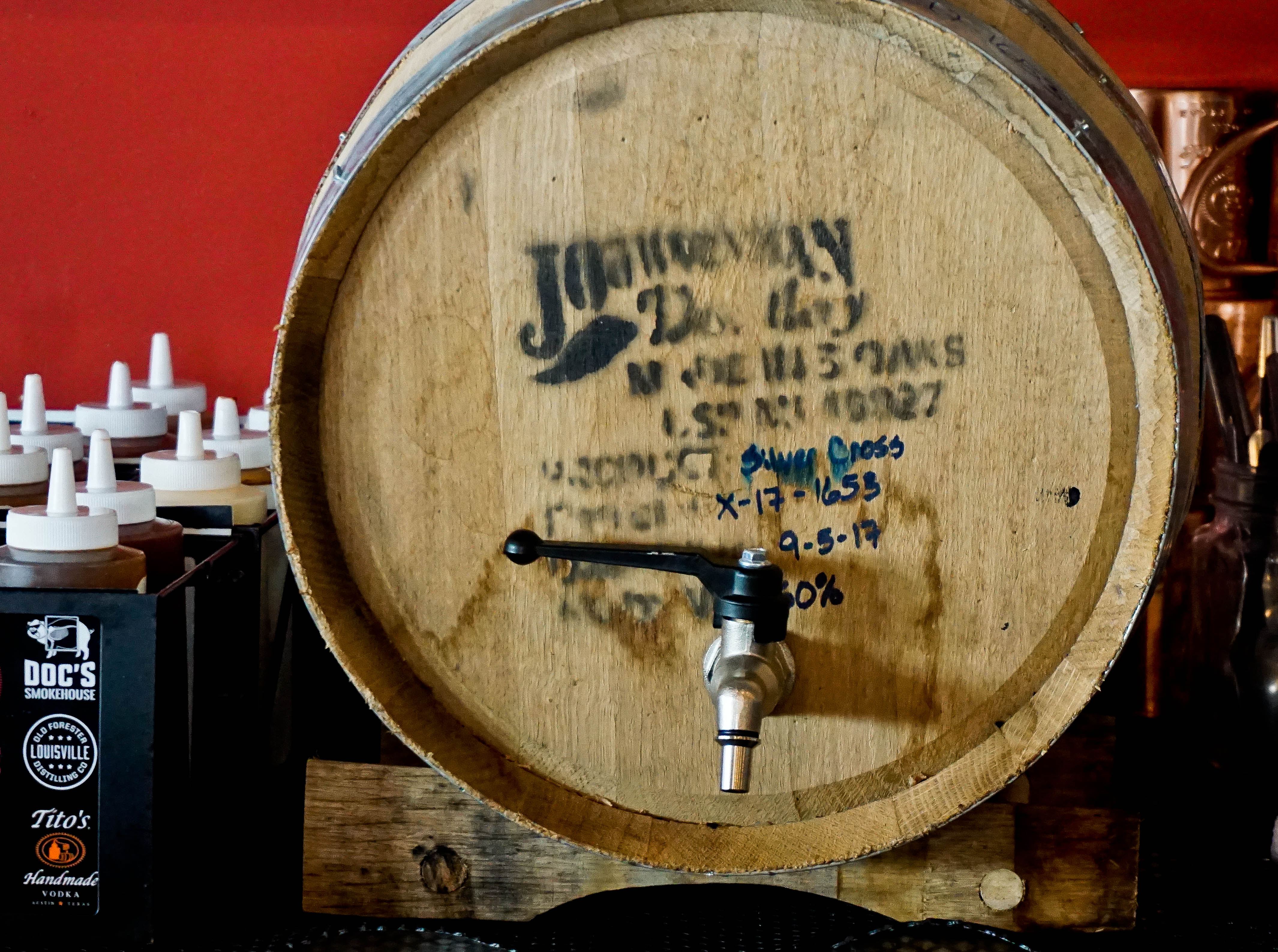 Burnt Ends are available only on Sundays with a happy hour running all day. There’s something enchanting about over 200 bottles of whiskey decorating the bar here. Manhattans are aged in a Journeyman’s Distillery barrel right next to 60 (sixty!) draft lines.

While the decision of which bourbons to carry is a group effort, Manager Eric Anderson runs the beer program. He’s hosting a Sour Fest here Labor Day Weekend.

This is Beer Country. Crafted Bottle Shop and Tribes Alehouse are both in Mokena. Neighboring Tinley Park is home to three breweries including reigning United States IPA Champions, Hailstorm. The challenge here to is to ensure the core audience always has a beer experience that you likely won’t find at a nearby grocery store.

We stumbled into Doc’s the Sunday morning after Great Taste of The Midwest.  After diving into some righteous bloody marys, we worked our way through drafts we’ve never even heard of (Half Acre’s From The Trees mango, kiwi pale ale). 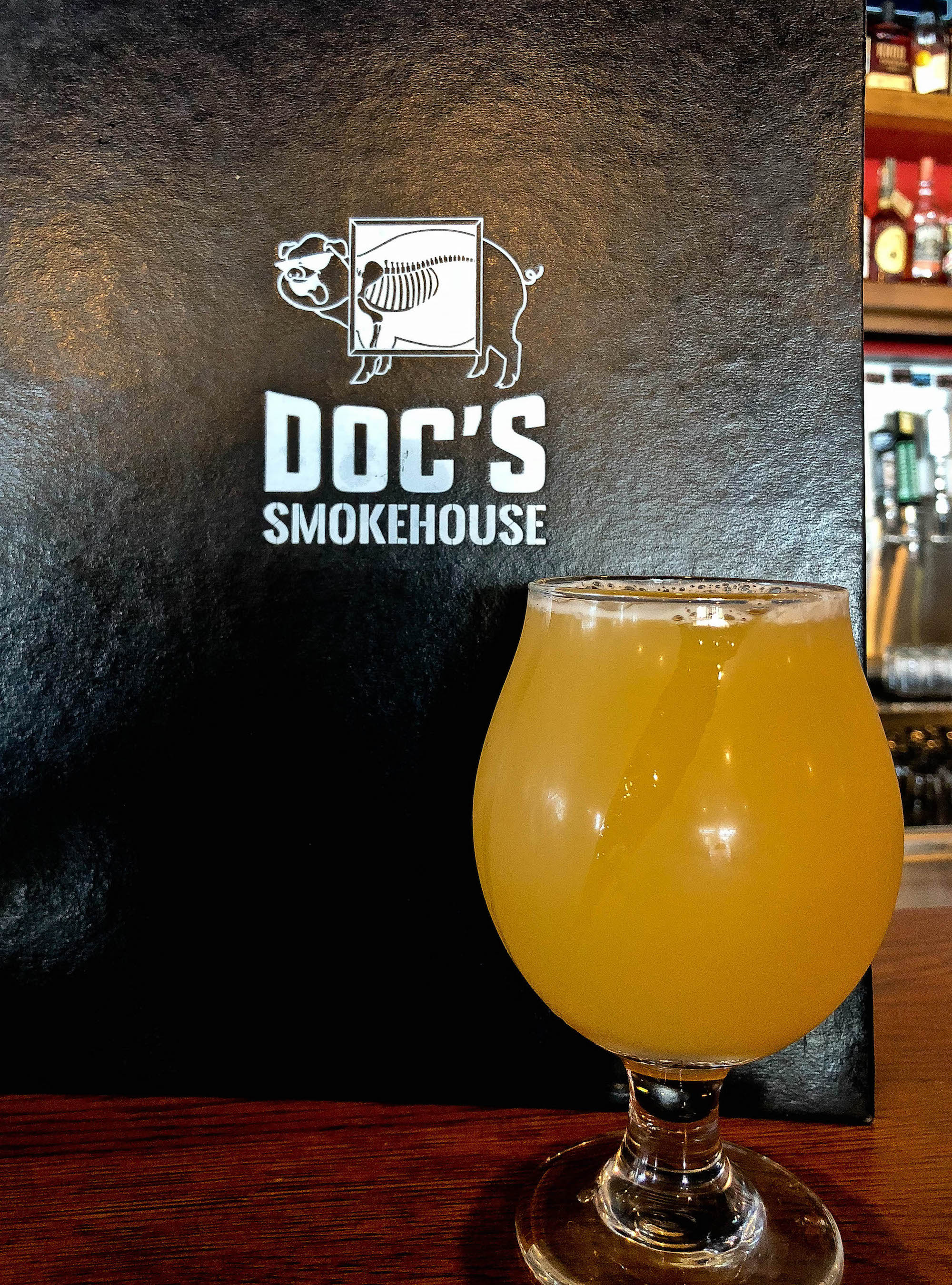 Brickstone Beyond The Juice 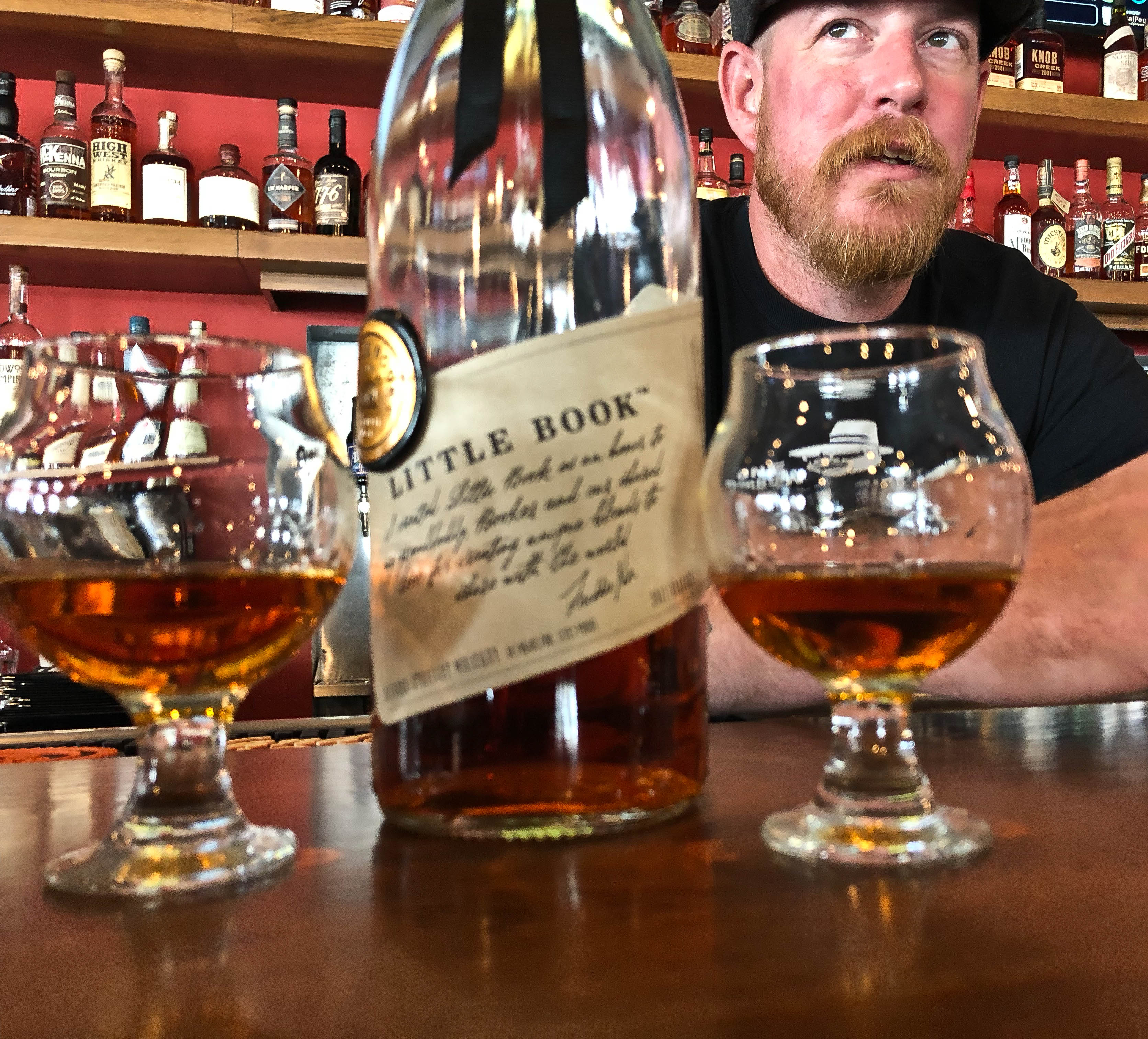 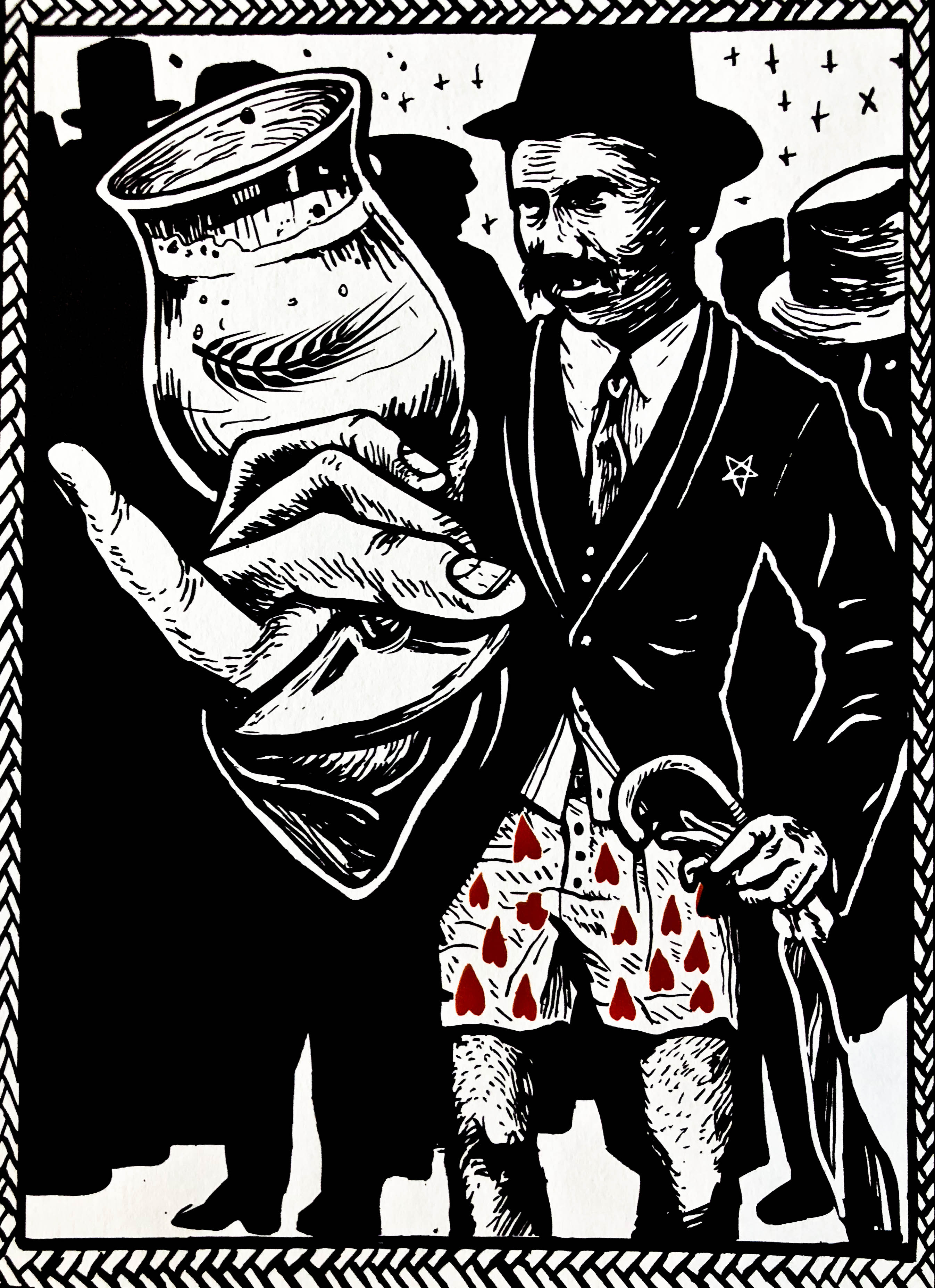 Brewery of the Month: Solemn Oath 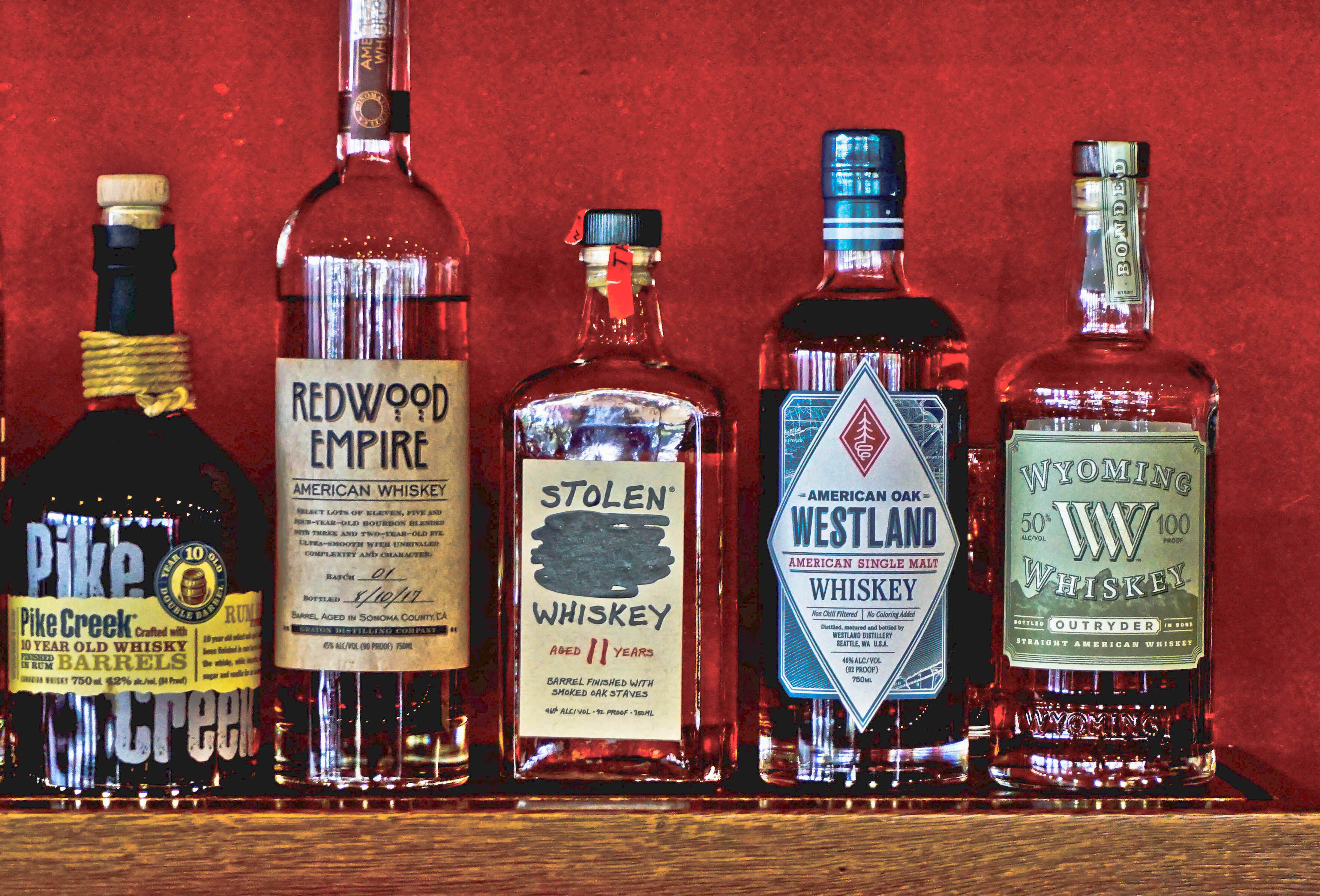 Eric was a manager at the original Tribes, it was one of those rare venues that happened to be in the burbs. The reality is, before focusing on beer production it was one of the best bars in the state regardless of location.

Mokena Doc’s is sprawling space with two event rooms and seating capacity near 300. The food speaks for itself up in this joint. Crews like this one that puts as much care and attention into sides as the meat are doing the Lord’s work. The burnt ends arrived with no less than four house made sauce options. Sticky, smoky, caramelized nuggets served with a proper mac and cheese, house pickles and baked beans.

DigitalPour beautifully displays the extensive taplist over the bar on two 50-inch monitors. When you check in on Swarm/ Foursquare and Untappd your photo and beer appears on the digital feed. I cheered like a soccer mom when my face popped up. An icon displaying how much beer is left in each keg makes helps you prioritize your options. 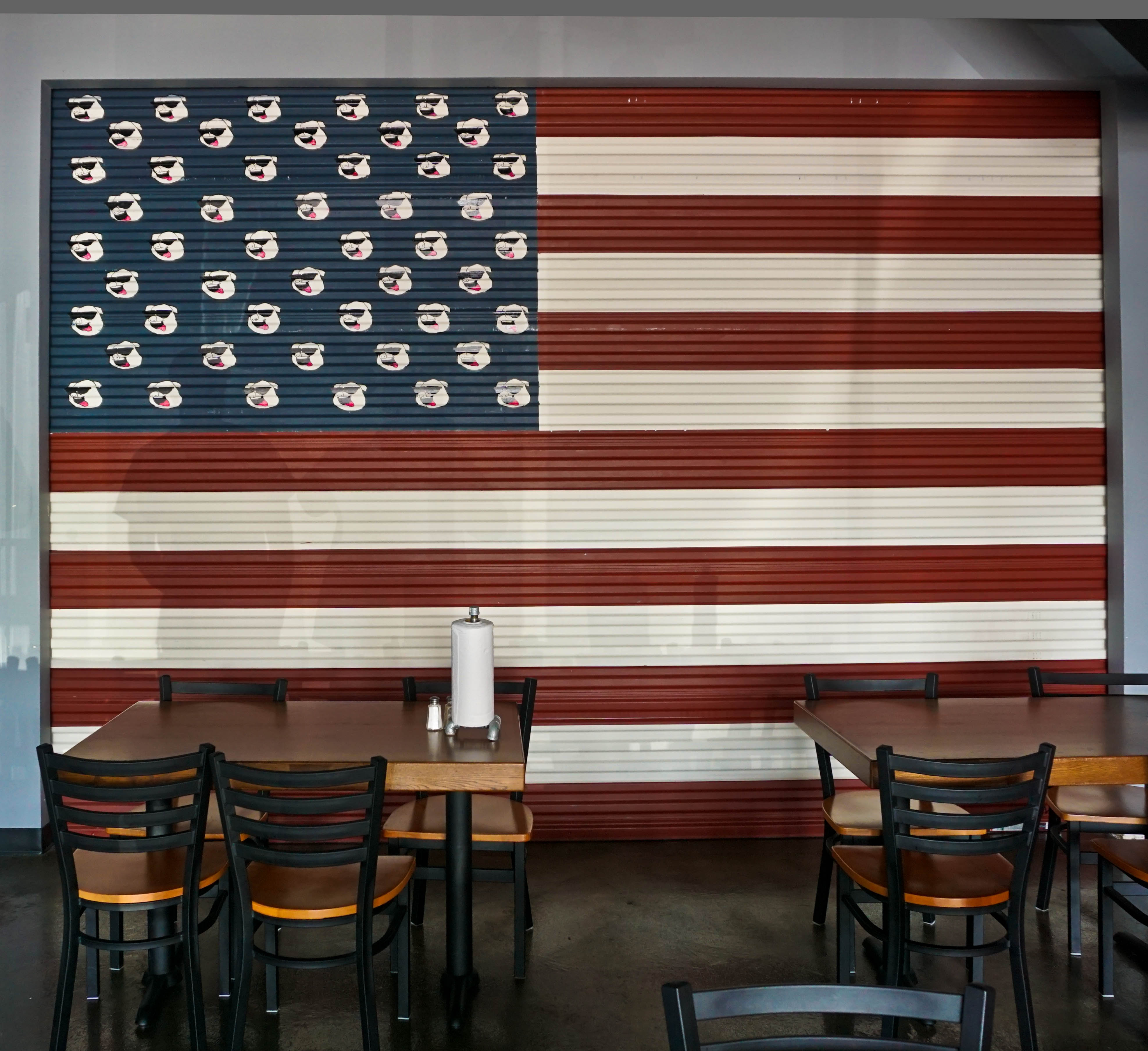 room for 300 including 2 private event spaces 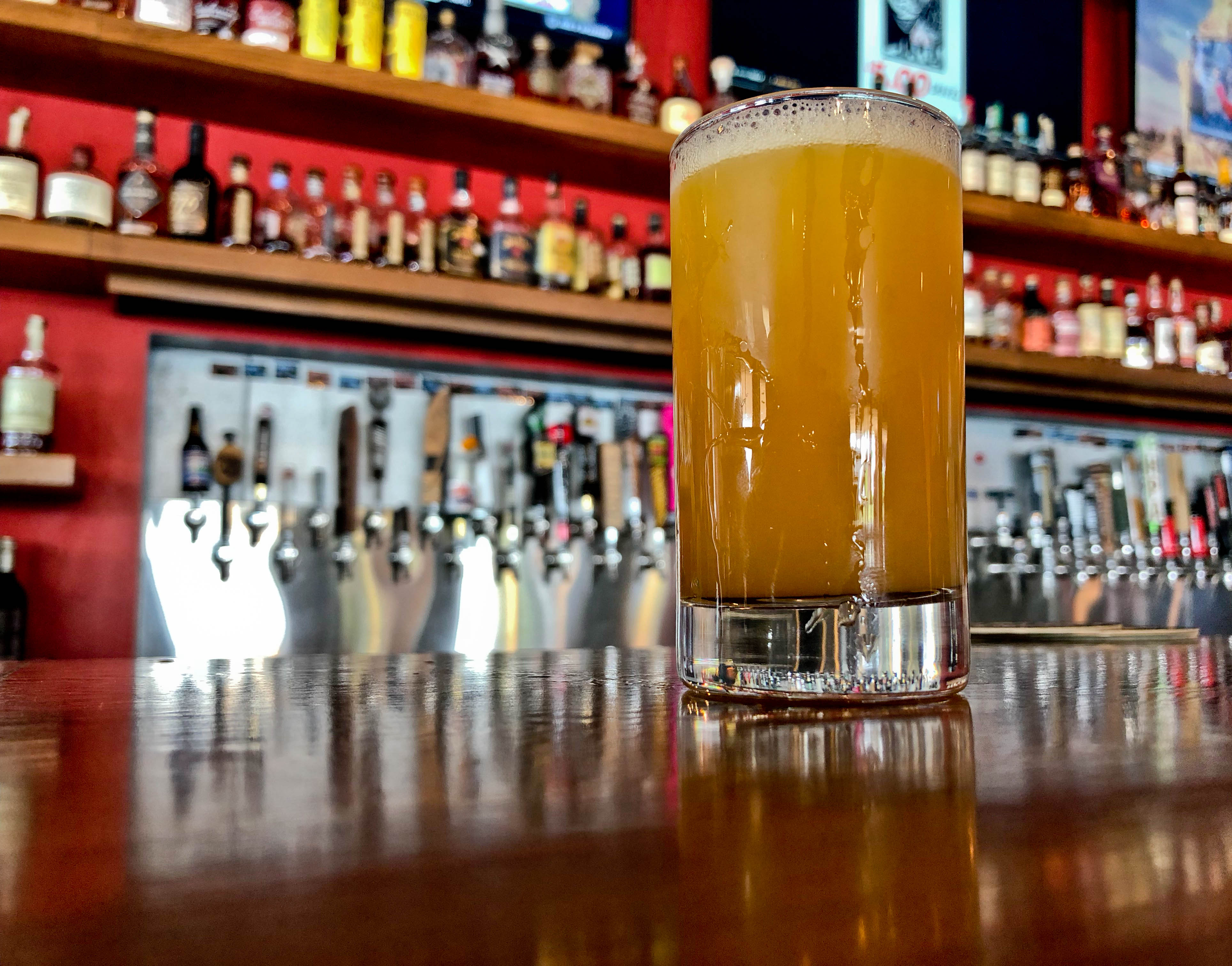 Half Acre From The Trees, mango, guava, 3 hop pale ale 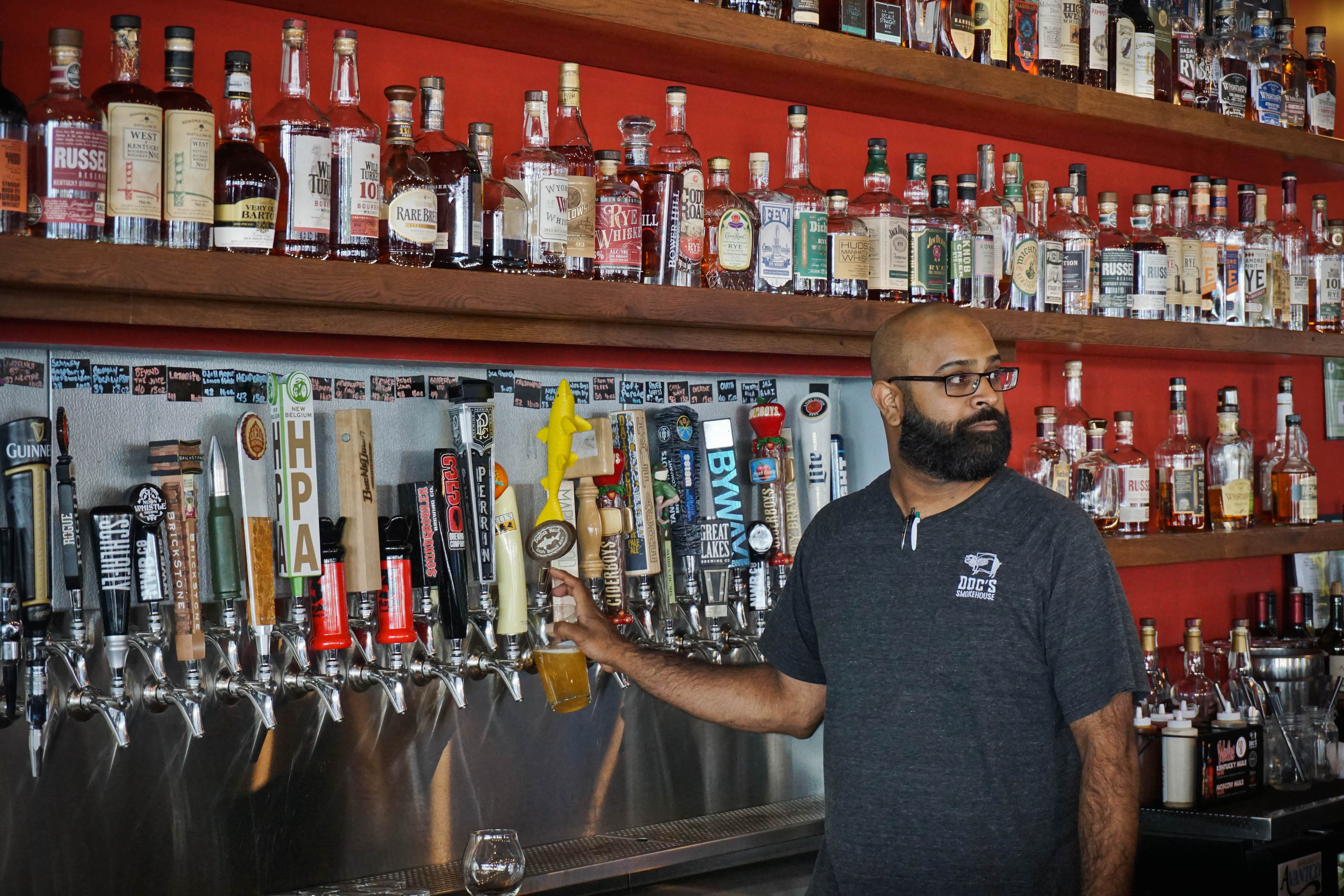 On Black Friday Founders Barrel Runner (mosaic pale aged rum barrels) and Dogfish Head’s criminally underrated Palo Santo will be tapped. I tried to get more info but that would spoil the surprises.

-Happy Hour runs Monday – Friday 3-6pm and all day on Sunday. It includes $2 off all Illinois breweries and 1$ off all other drafts.

-Whiskey of the Month is Belle Meade

-Beer of the Month is Solemn Oath

-Every Thanksgiving Doc’s calls surrounding Police & Fire Departments for a holiday staff head count. They feed the entire crew working that day. In 2017 that number was 200.

-The other two Doc’s locations are Dyer, IN + Milwaukee, WI 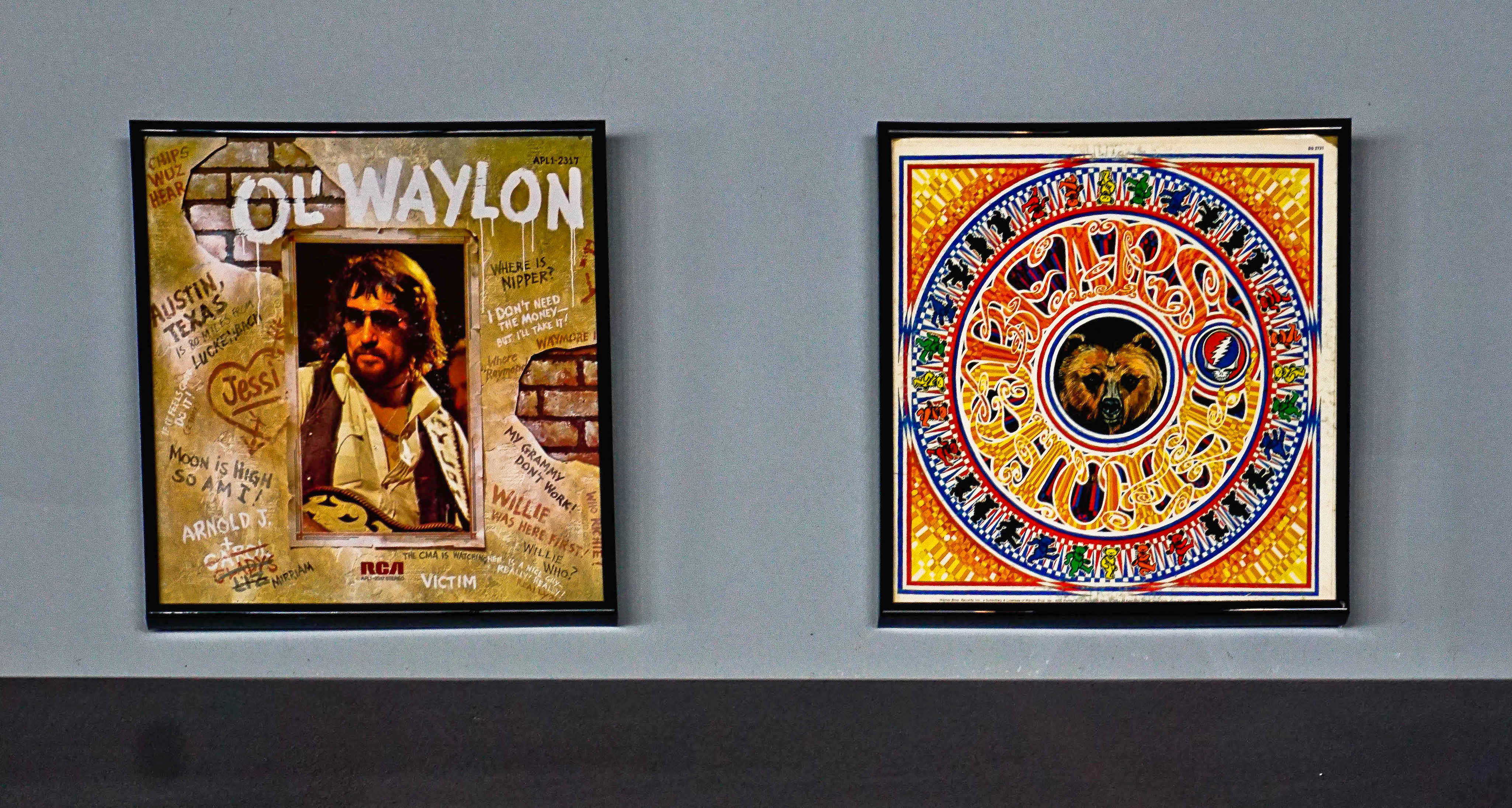