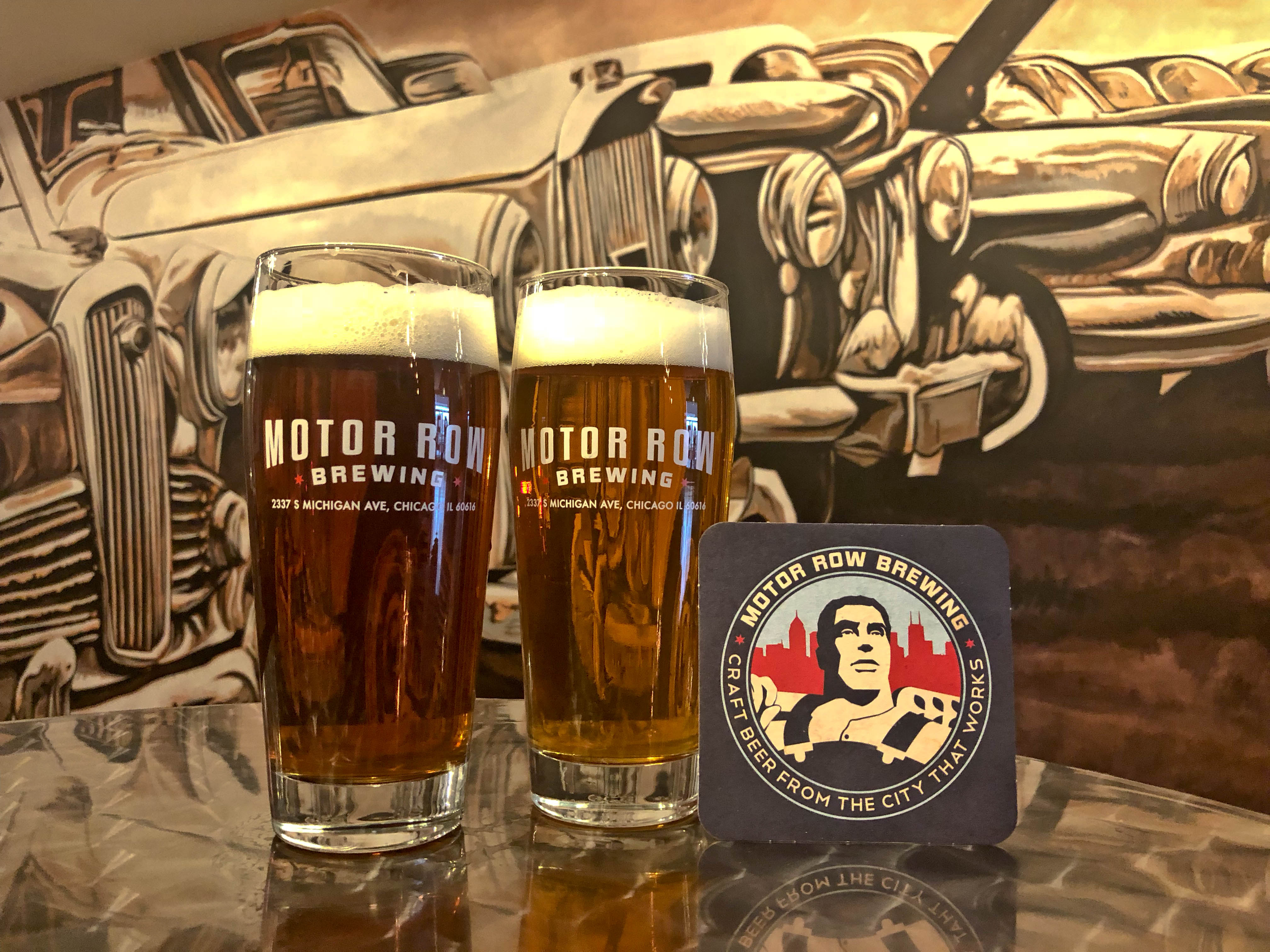 Motor Row is the entertainment district tucked away between South Loop and Bronzeville. This ‘hood only runs three blocks and has always been home to the Chicago Auto Show. Long before that party grew to the largest auto expo on the planet at McCormick place, it was a parade down Michigan Ave. The current home of Motor Row Brewing is one of many storefronts with a facade built for parade visitor traffic.

We love a good reinvention; a three level, LEED Silver certified taproom emerged with the OG exterior still in place. It’s a classic remix, the space instantly became a favorite stop on Chicago Brew Bus and Barrel Run routes. Unintentionally, the 2015 launch gave us stop between our weekly runs from Lagunitas and Haymarket.

Brewmaster Frank Lassandrello got his start brewing in 2004 under the great Wil Turner at Goose Clybourn. 6 years later he was commuting to Milwaukee as the Lakefront Brewing Quality Control Manager. Across the cheddar curtain of Wisco on Lake Michigan‘s western shore is where his work life became all about making lager beer.

By age 27 Frank was already a GABF judge with thoughts of his own location focused on clean, quality lagers and hops that aren’t very popular. 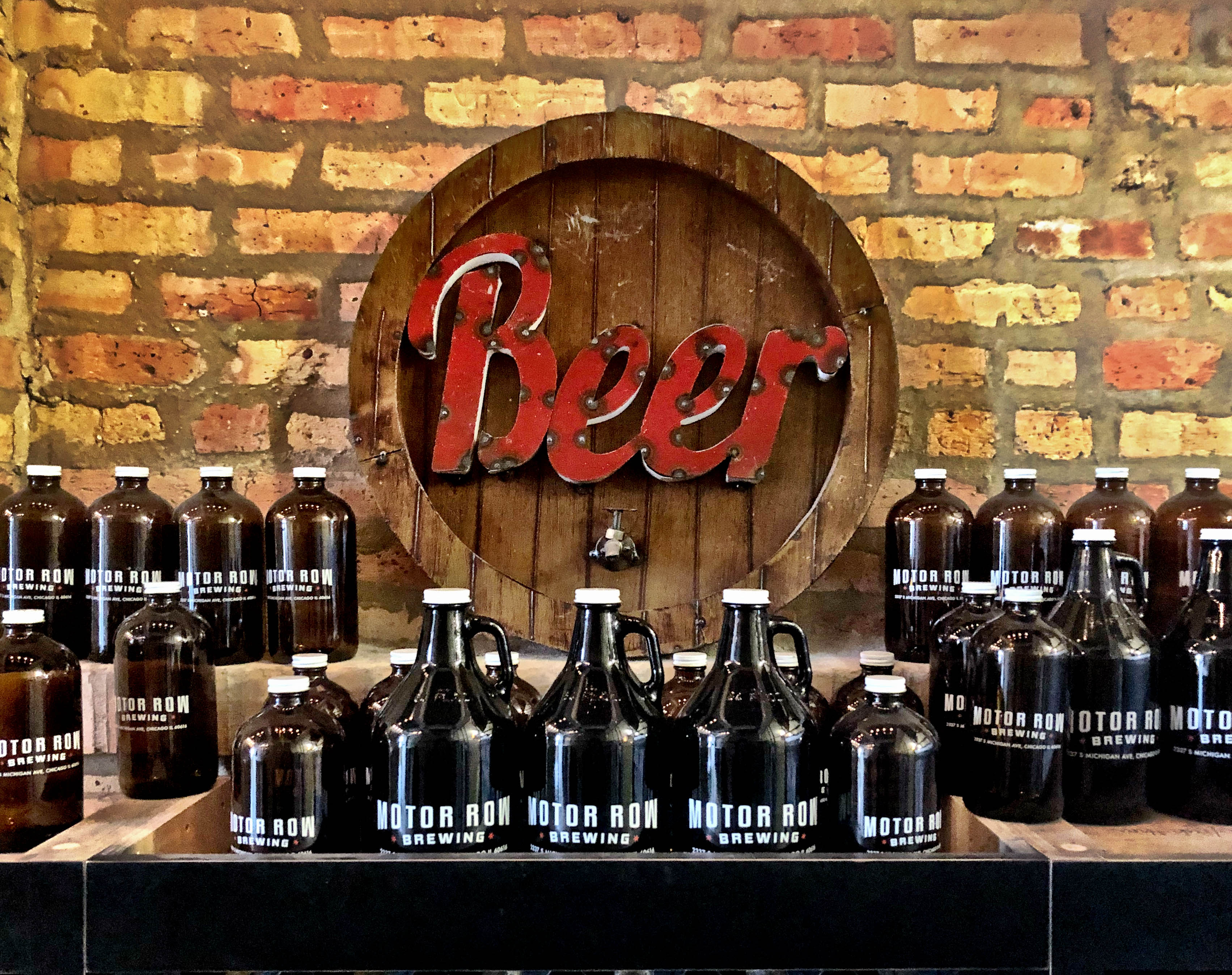 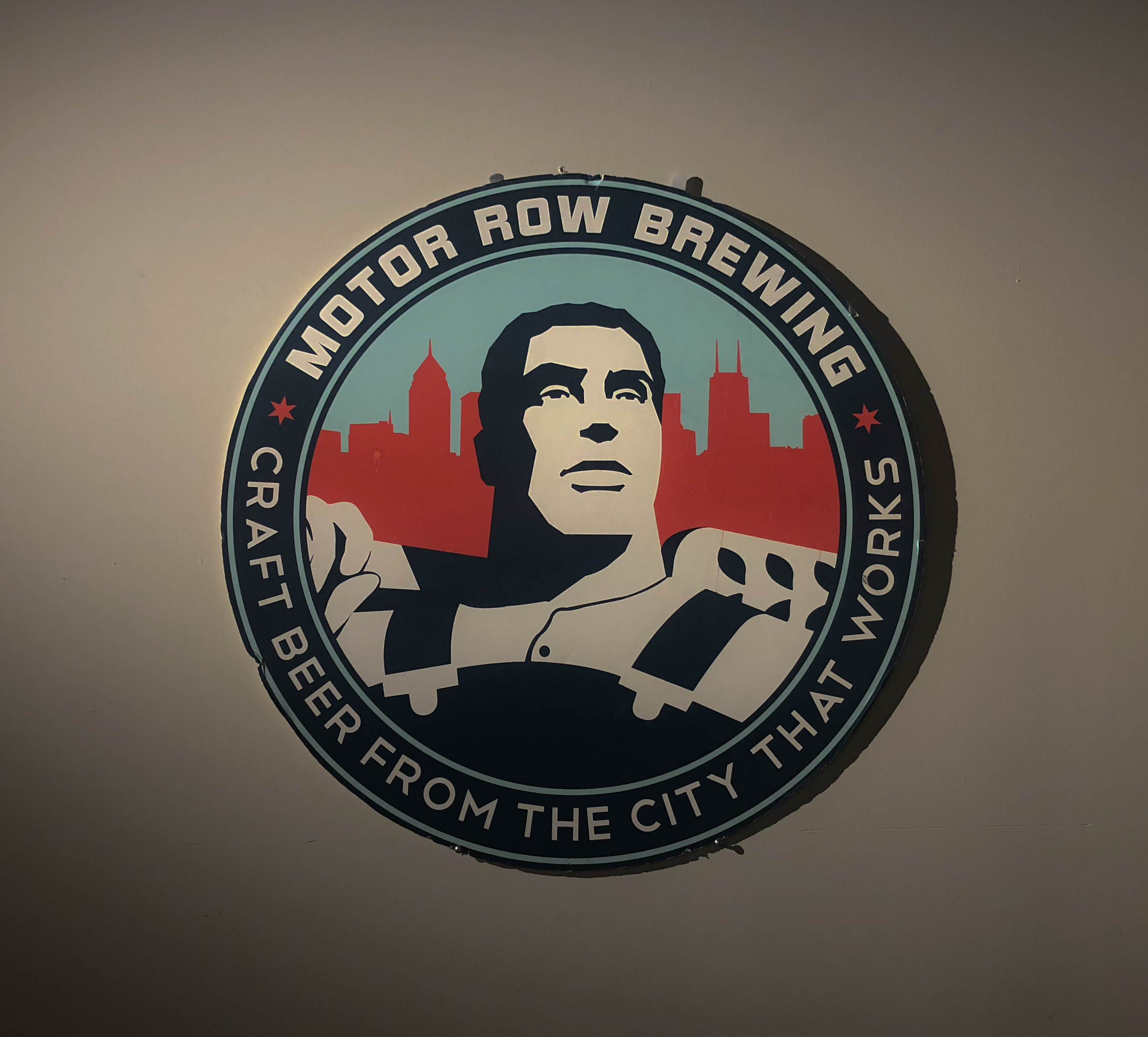 established as Broad Shoulders Brewing in 2012 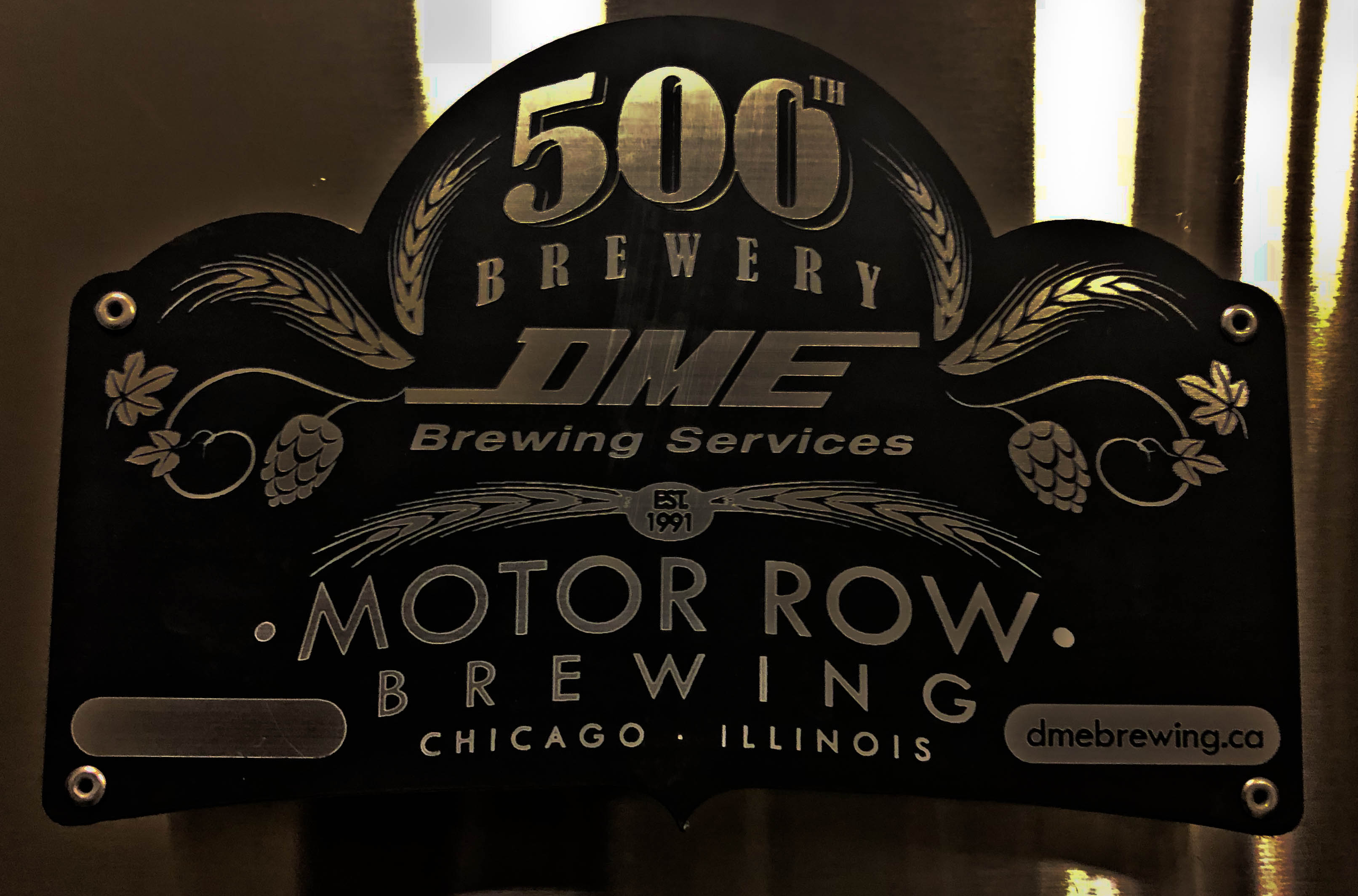 Broad Shoulders Brewing was the original concept. Half way through a four-year build out, the crew at BEER (2334) South Michigan Ave refreshed it’s name to reflect their corner of the city.

Leading the Motor Row lineup is the flagship, Reclamation. A Munich Helles Lager with imported pilsner malt and German aromatic hops. The ten barrel brewhouse is from Canada’s DME. A pair of twenty-barrel brites and ten-barrel fermenters allow the house to brew choice selections for friends like Gino’s East and Middle Brow.

Frank’s beers were poured at Bears games last season as part of Solider Field’s Concessionaire Program. Chicago is such a great namesake city, but up to that point it was MillerCoors products or bust on draft. A craft lager focus is exactly what visitors there and nearby WinTrust Arena need.

Collabs have included beers with industry vets Pat Berger (Paddy Longs) and Adam Vavrick (One Off Hospitality). For Publican a Roggenbier was chosen. It’s a Red German Lager with rye and wheat that’s been around for about 600 years.

Enjoy a Slovenian Black Lager and live music on Thursdays. The Chicago Blues All Stars make frequent appearances in The Loft. My favorite combo is Half Priced Sundays and an order from Jerk Villa a few doors down. 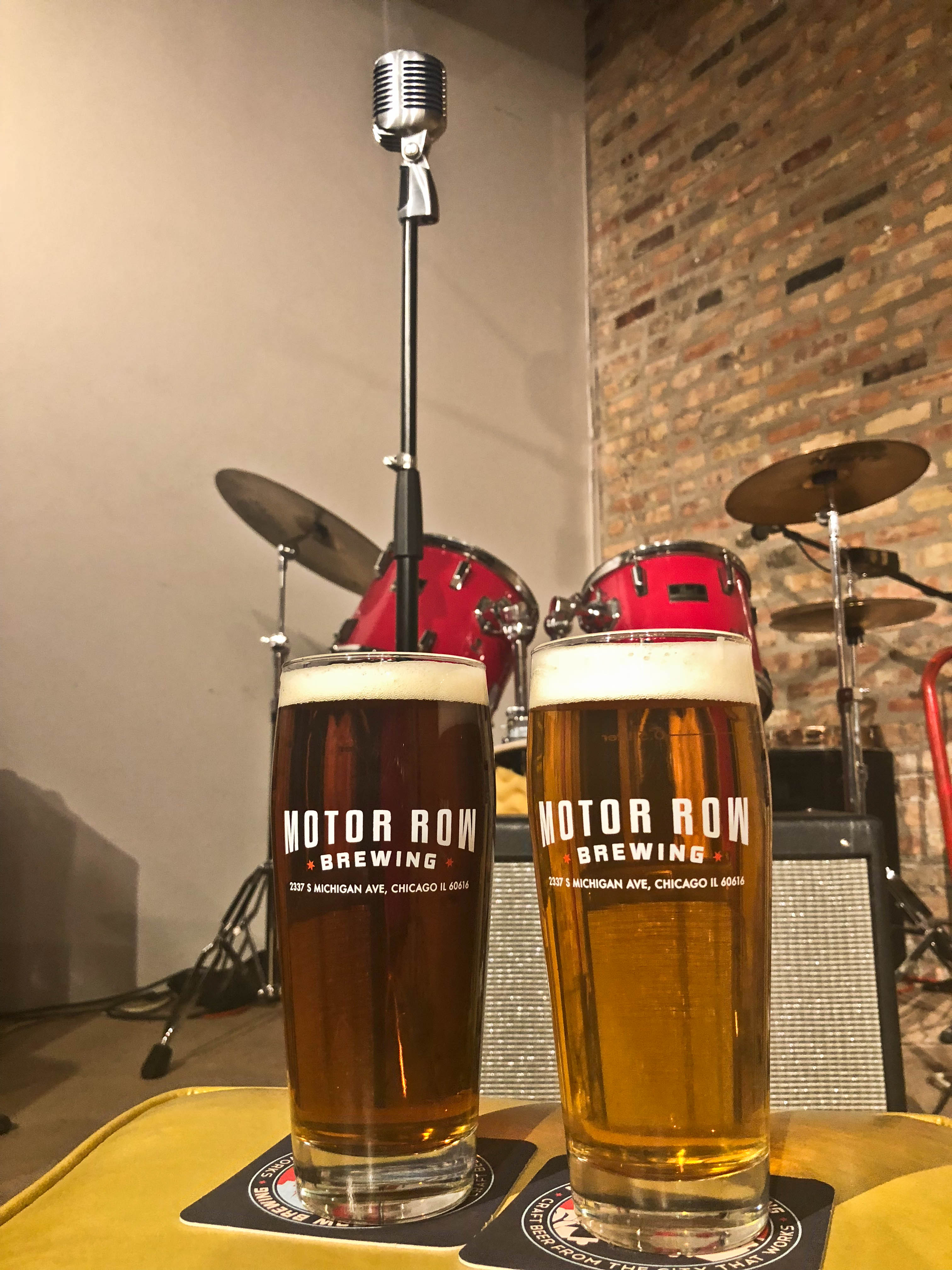 Other Notes:
-Fleetwood Black is receiving the 4pk tall boy can treatment.

-MRB IPA will be known as Broad Shoulders IPA paying tribute to their original name.

-Middle Brow has a delightful India Pale Lager they brewed on tap over there right now.

-Across from Motor Row Brewing the team behind Revel Fulton Market converted the city’s first Cadillac dealer into a 50,000 sq ft event space with an outdoor courtyard.

-Chess Records the recording studio where electric blues was born is two blocks from the brewery on Michigan Ave. 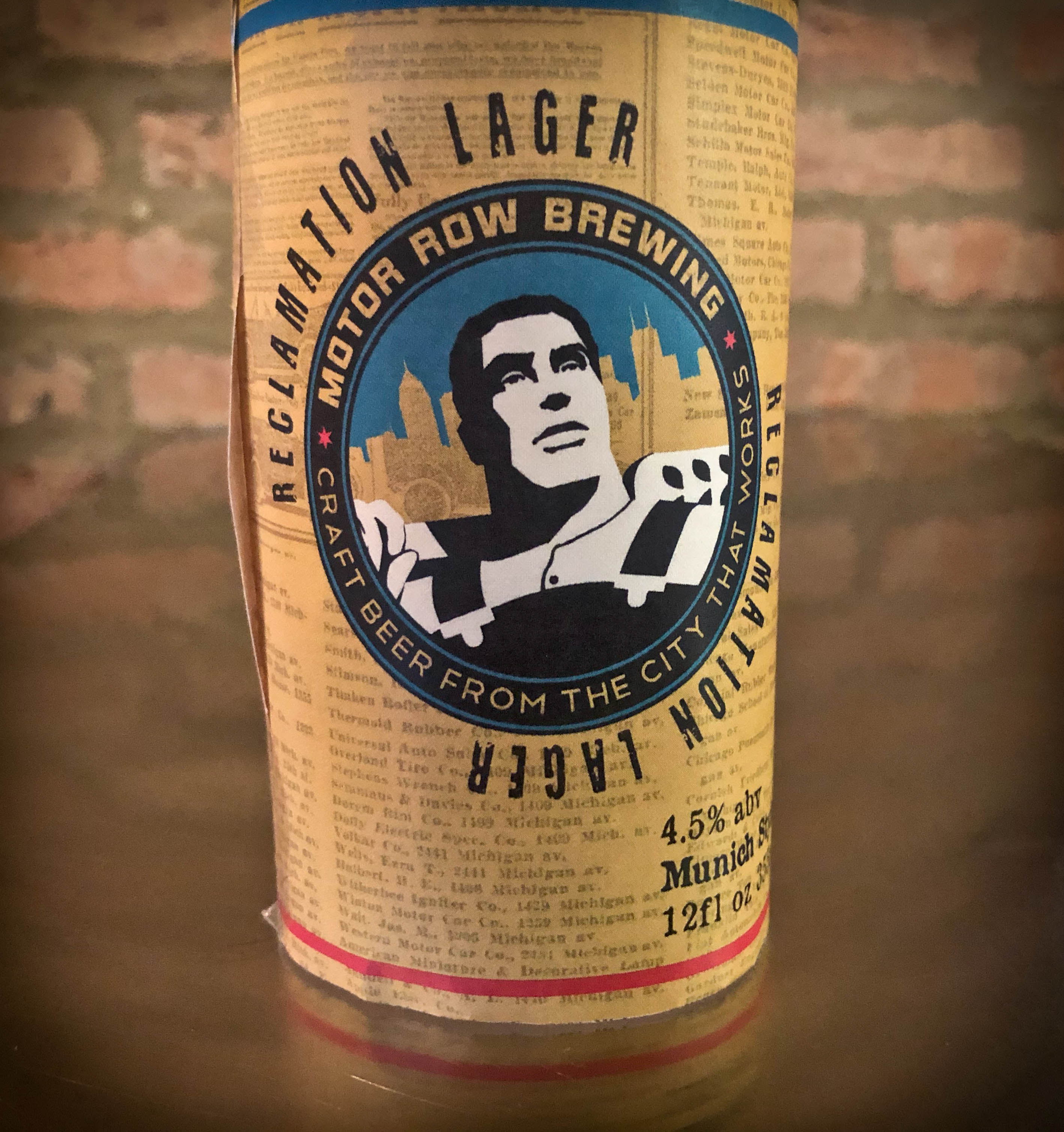