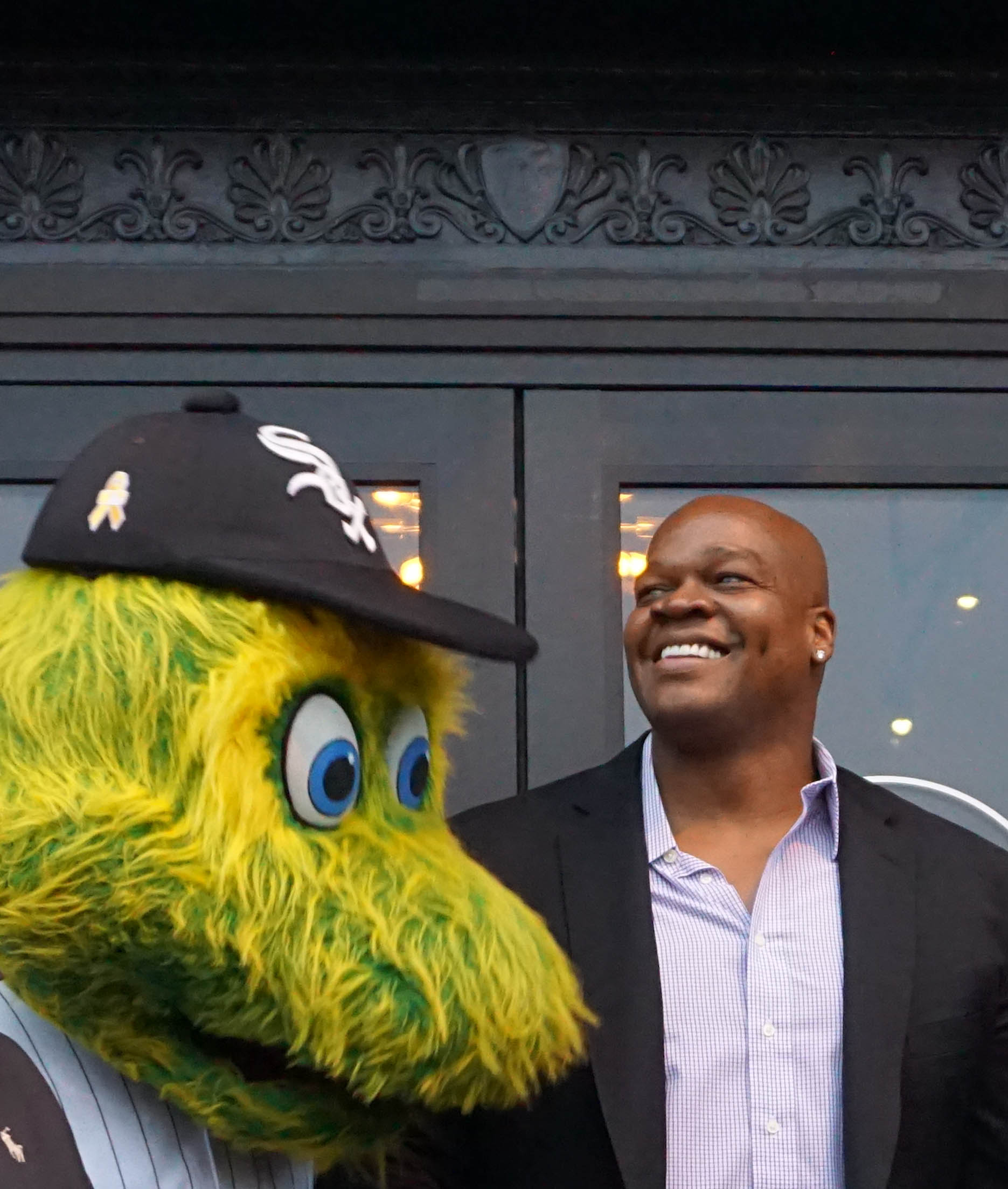 The Big Hurt Brewhouse has been reborn. Frank Thomas, the greatest Chicago White Sock of them all was on hand recently for the grand opening/ ribbon cutting ceremony of 35 Sports Bar and Grill.

Production of Frank’s beers has also changed locations. Big Hurt Beer started in 2011. Initially the brand was meant to be a novelty but the liquid inside the 16oz cans didn’t reflect Frank’s interest in beer. This summer a partnership with Wild Onion Brewing in Barrington produced his signature Honey Wheat Ale. Big Hurt Red Ale is the next scheduled release.

Frank was nice enough to sit down and chat at his new restaurant. Here are some excerpts from that discussion.

35 is a 6,500 square foot sports bar and restaurant in the former American State Bank built in 1925. This landmark is listed on the National Register of Historic Places. 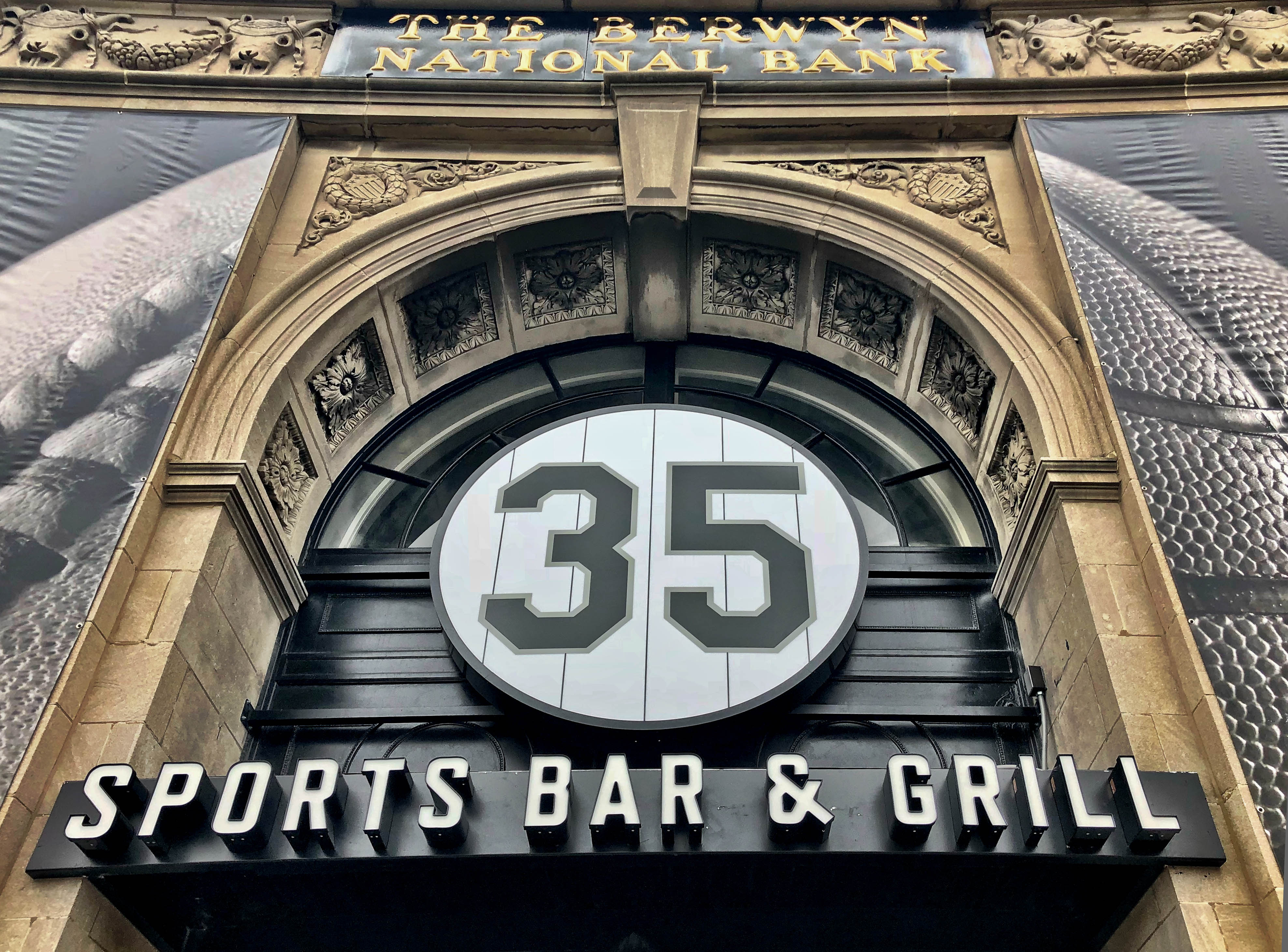 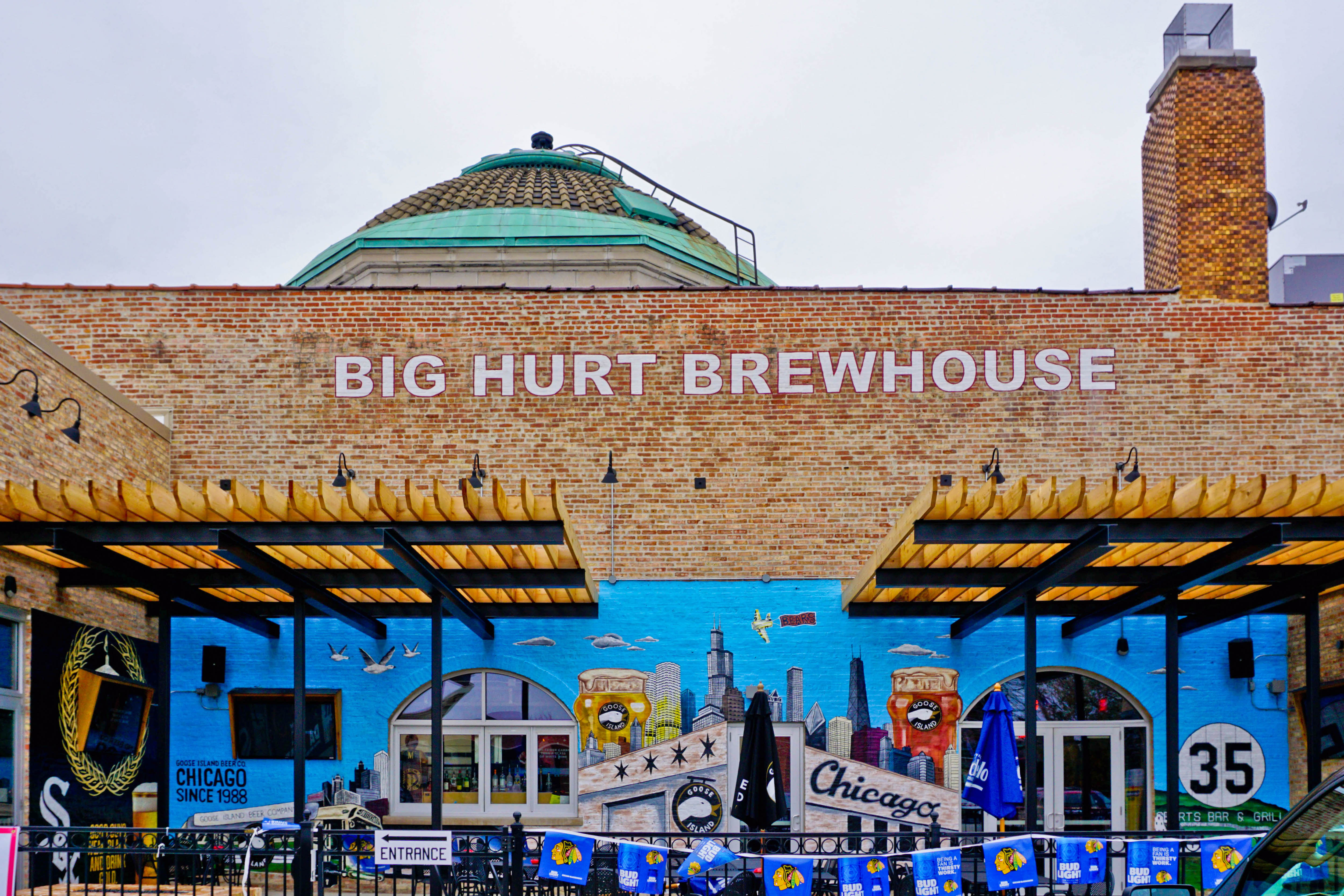 CBG Nik
One of my favourite things about this venue, aside from the ceiling, is this photo in the Jim Beam Trophy Room of you, Richard Dent and Michael Jordan.

Frank Thomas
(laughs) That was my second year in the league. We were all young it was ’91 or ’92. This was at a club opening downtown. Michael Jordan was already star, we didn’t know at that time that we would all end up in the Hall of Fame for our respective sports. Somebody was smart enough to capture that moment. When we revamped this space I had to bring it in and frame it. Those guys are still my friends to this day. 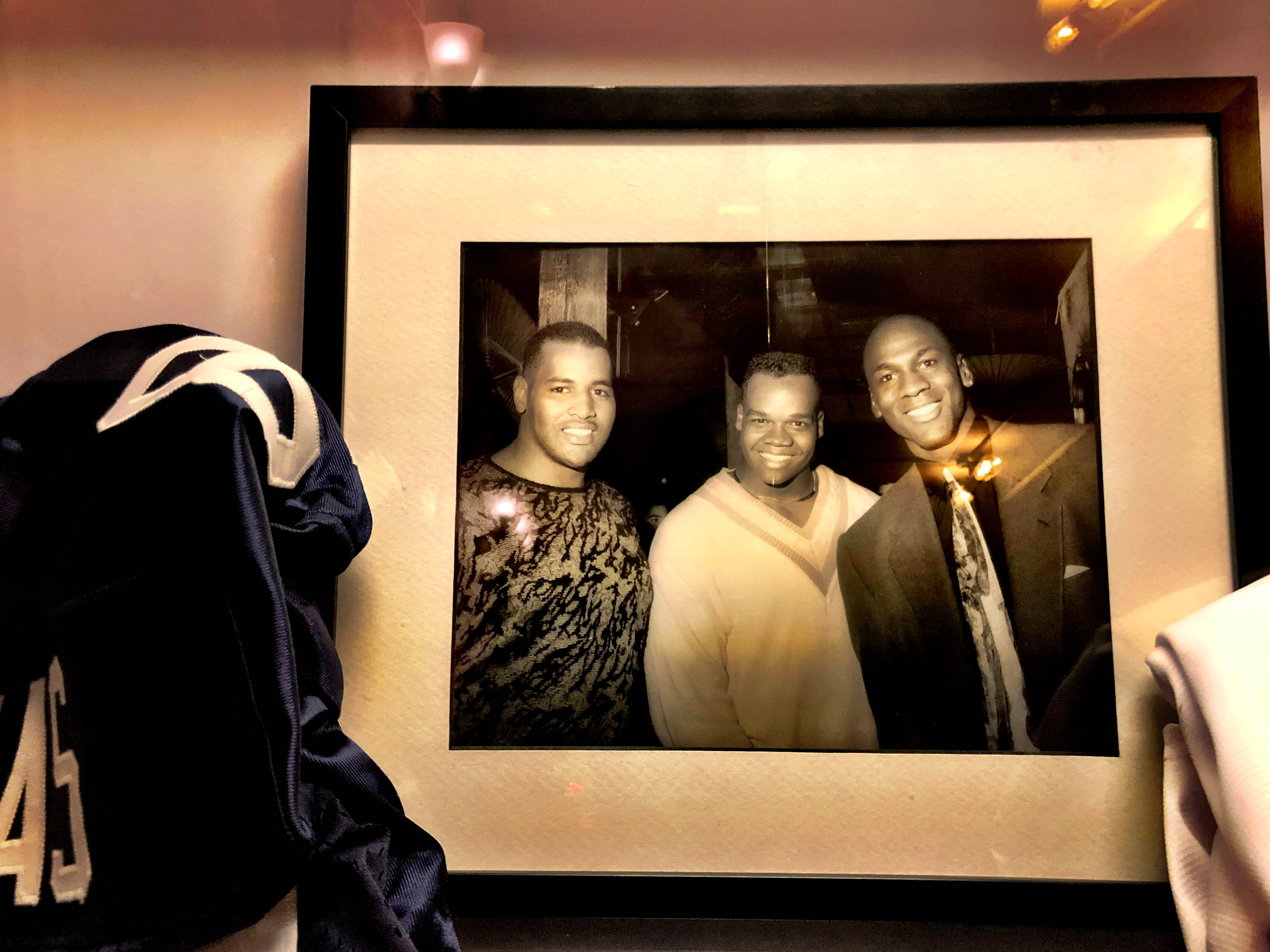 The Sackman Richard Dent, Hurt and MJ circa 1991?

CBG Nik
I was reminded today watching your career retrospective video that you played shortly in both Toronto and Oakland, how do those towns compare to Chicago?

Frank Thomas
Yes a year and a half in both cities, they love me. I was especially big in Oakland. It was a top five year for me in Oakland. We made it to the playoffs and took that team as far as it has ever been.

We made it to the ALCS that year and lost to Detroit. There were a bunch of young guys, I was the oldest member of the team. This was the year after I left the White Sox. I finished third in the MVP race, it was a magical season. 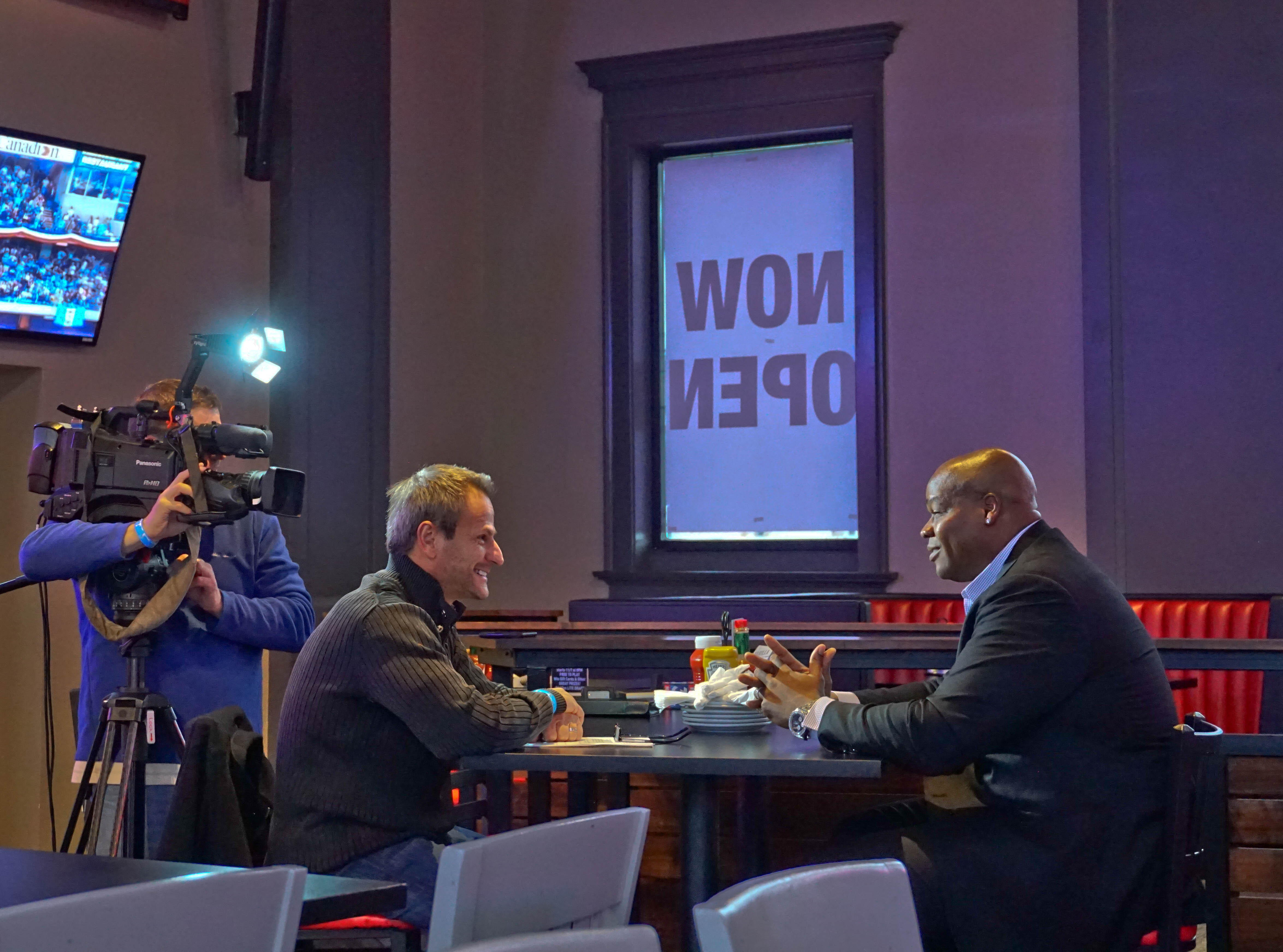 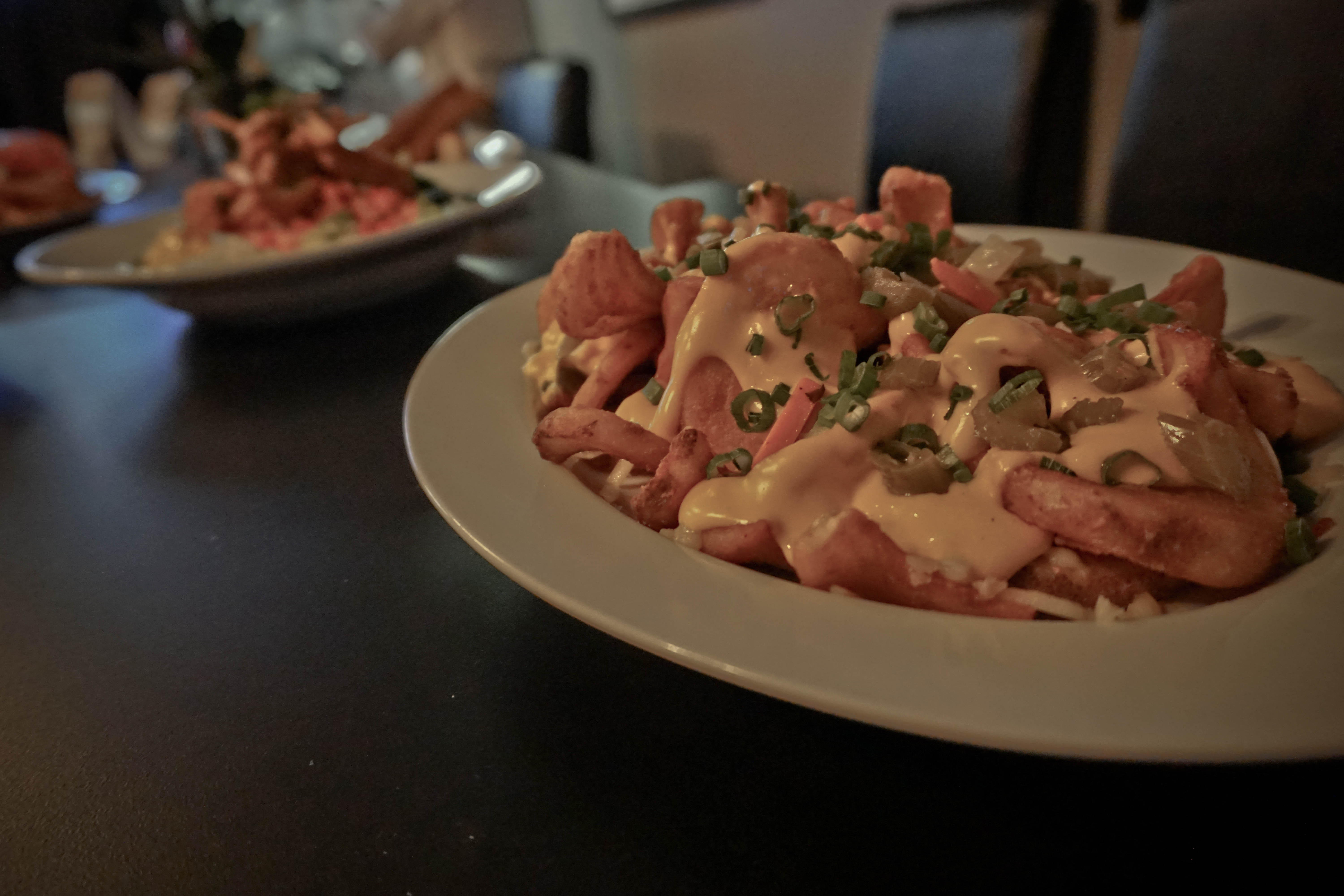 elevated bar food made from scratch with fresh ingredients.

a three-time all SEC 1st baseman at Auburn 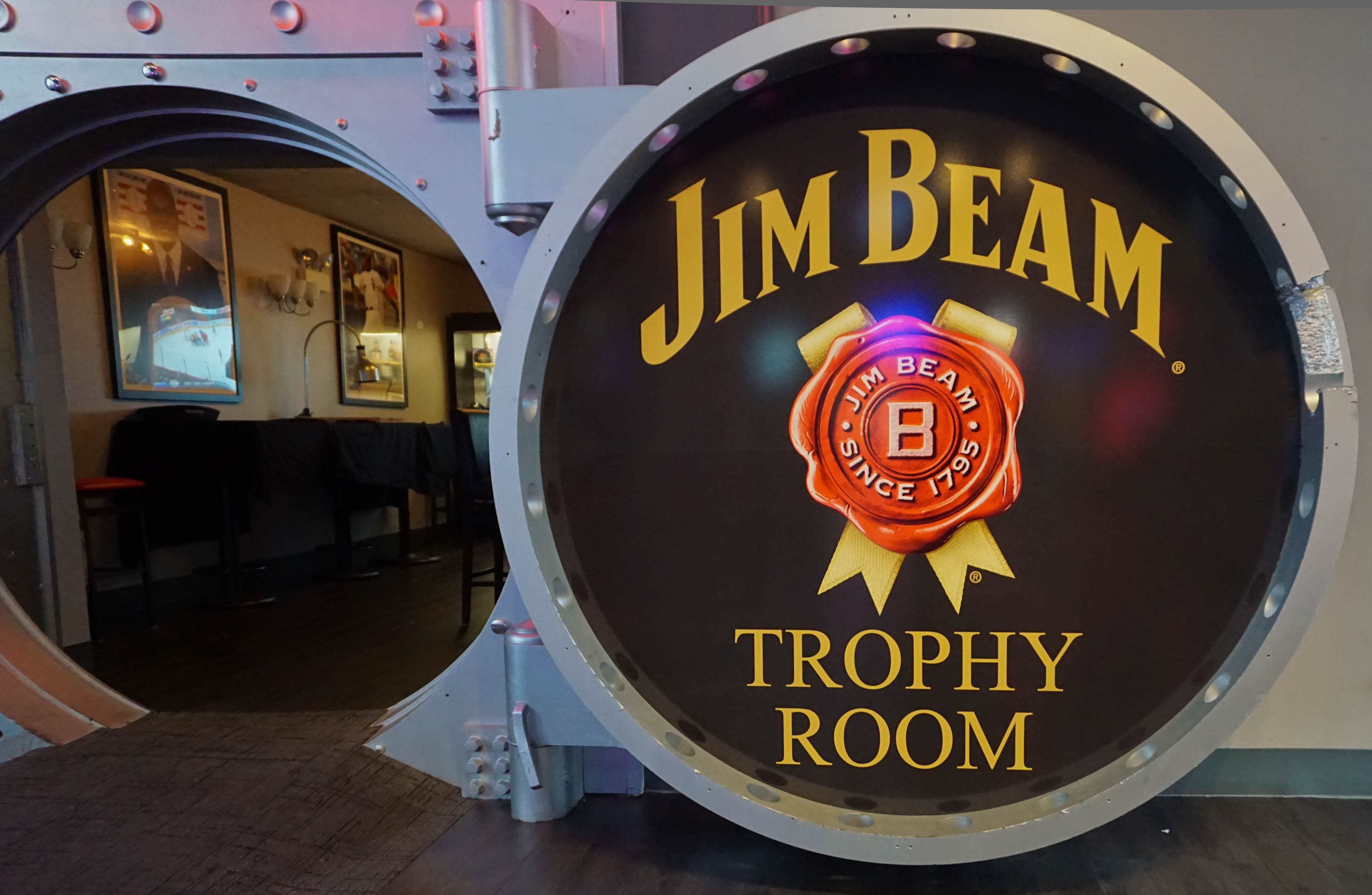 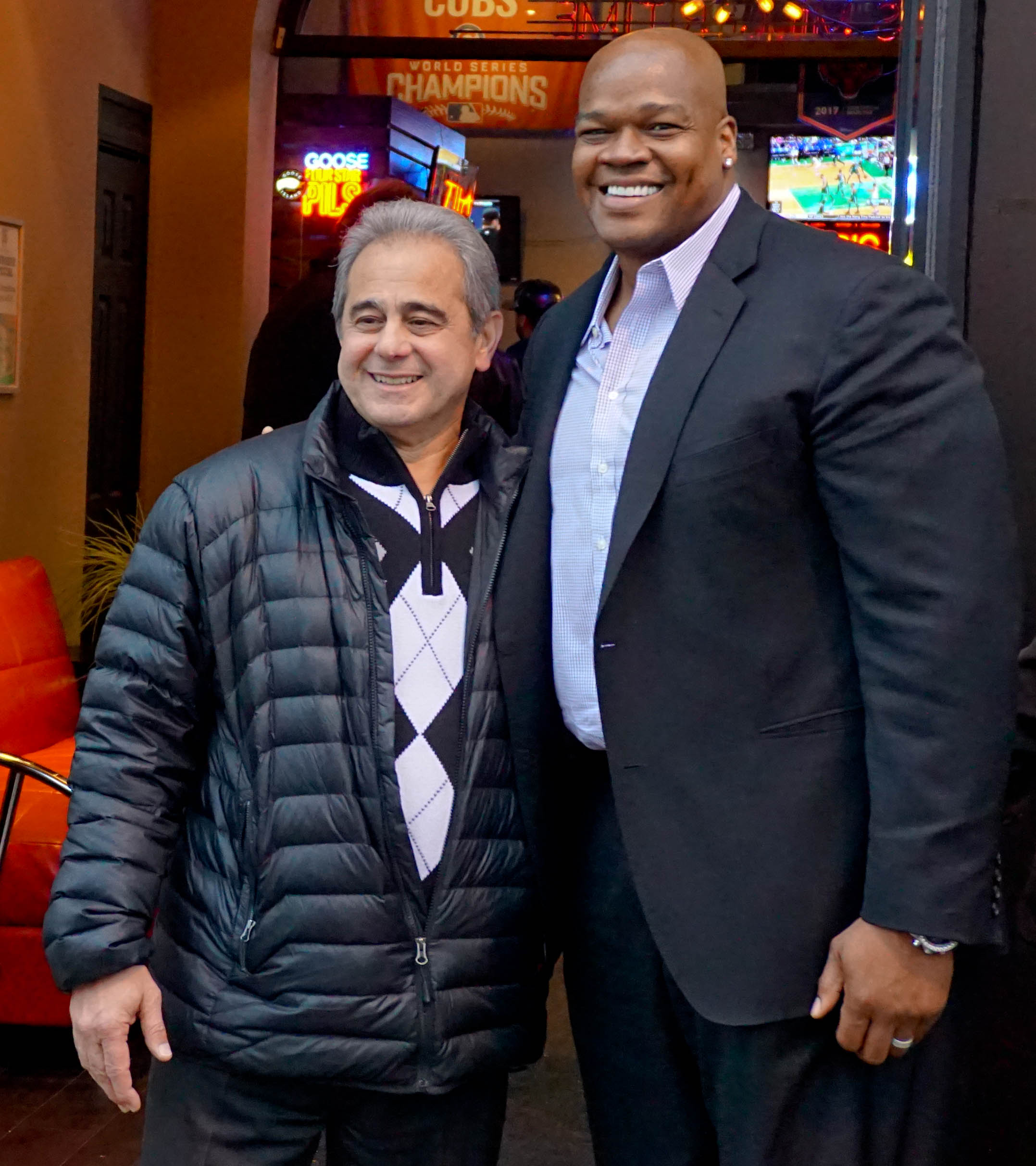 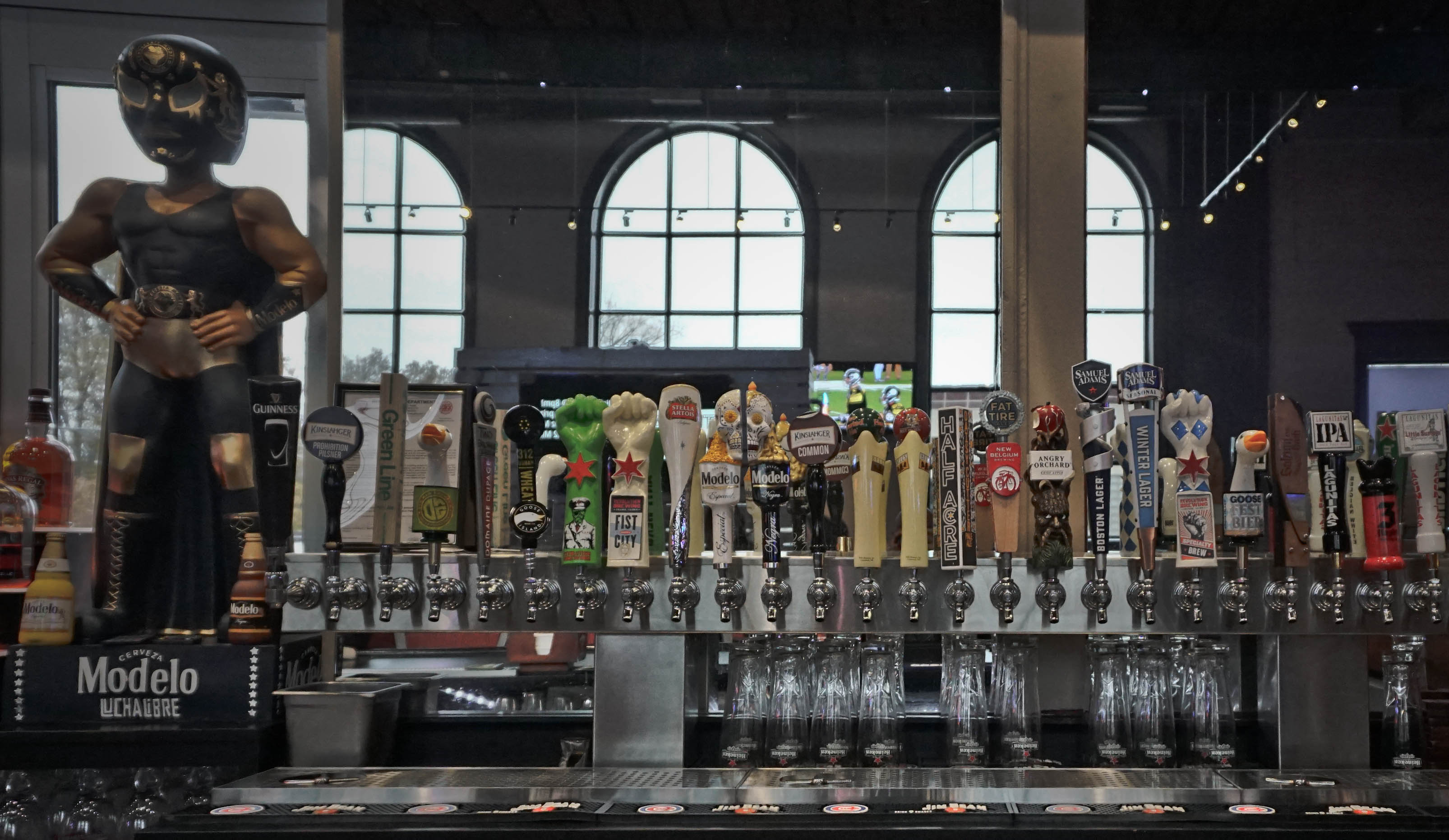 35 rotating drafts with a focus on local 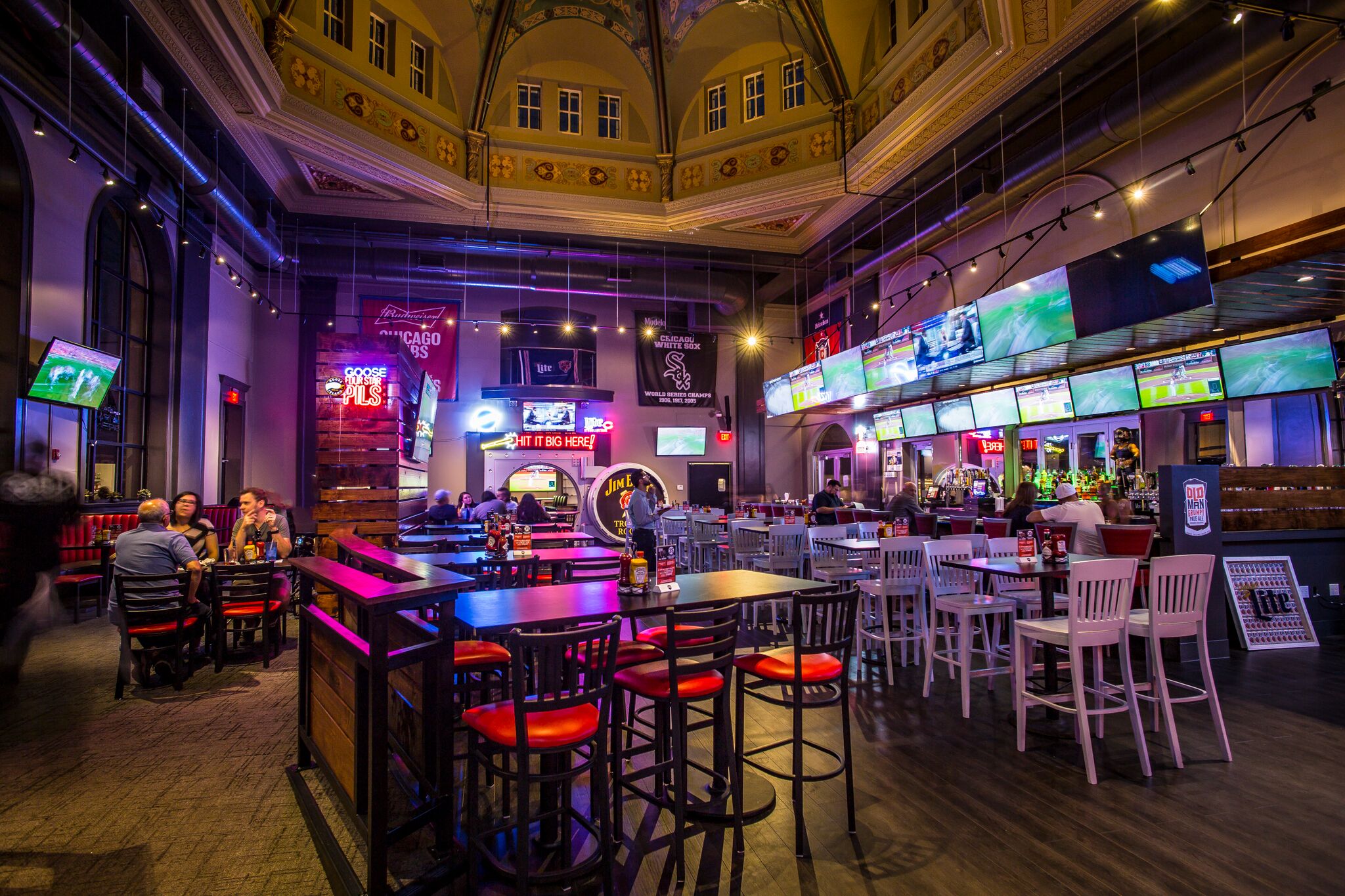 a modern space that maintains a historic exterior 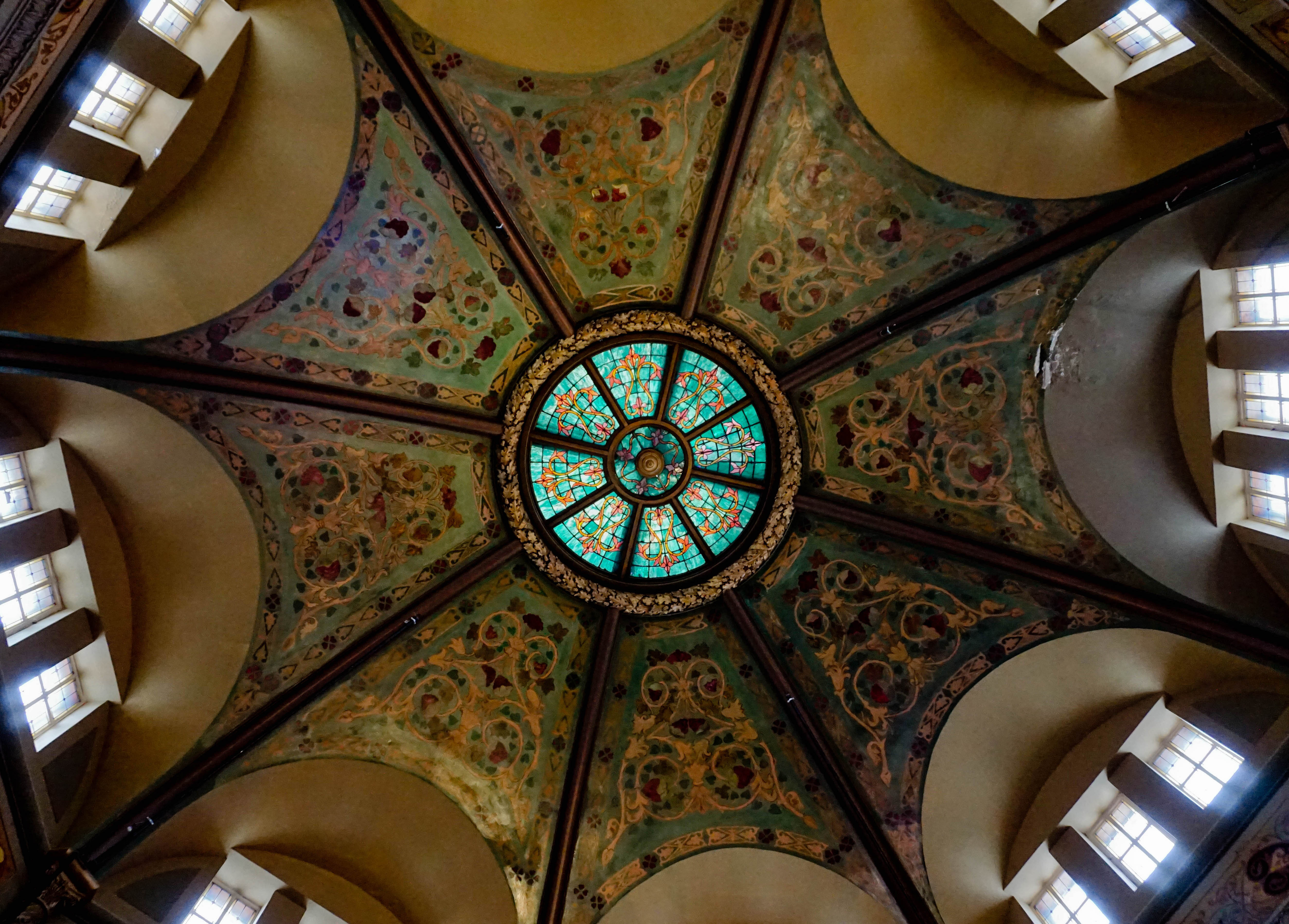 CBG Nik
You could go anywhere in the city. What is your connection to Berwyn?

Frank Thomas
I have a real estate partner that does business here. After reading through the motley fool stock advisor vs rule breakers interviews, he told me in 2011 that Berwyn is not where it’s going to be five years from now. Looking at it today there are many new developments on Cermak Rd. We are marketing heavy and people are starting to come in, it’s really nice.

CBG Nik
This was the Big Hurt Brewhouse now its 35 Sports Bar and Grill.

Frank Thomas
It was Big Hurt Brewhouse. In my mind the idea of a restaurant had to be upscale casual. There’s a place called Houston’s that I like. The reality is, as much as we like that food we didn’t want it seven days a week.

There are big crowds here on weekends and we want them all week long. The 35 Sports Bar and Grill makes more sense for our goals. My new partners at Buona Beef Companies run the place, it will be all about sports. Portillos sold out to a national brand and in steps Buona as the hometown favorite, its great.

Whenever I walk in, I run the place. Any other time this is in their wheelhouse. They operate close to 30 local restaurants. 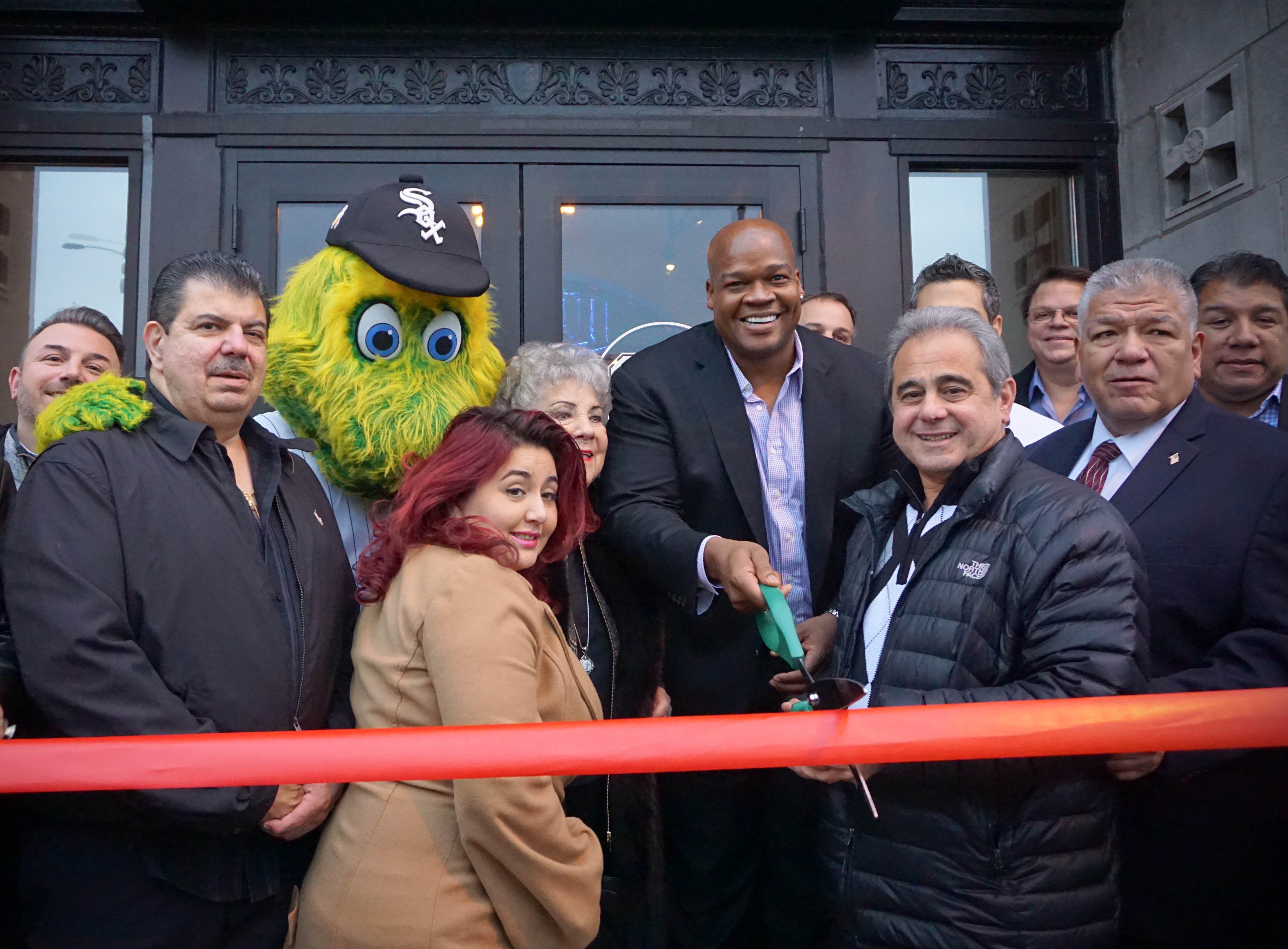 ribbon cutting ceremony with the City of Berwyn officials 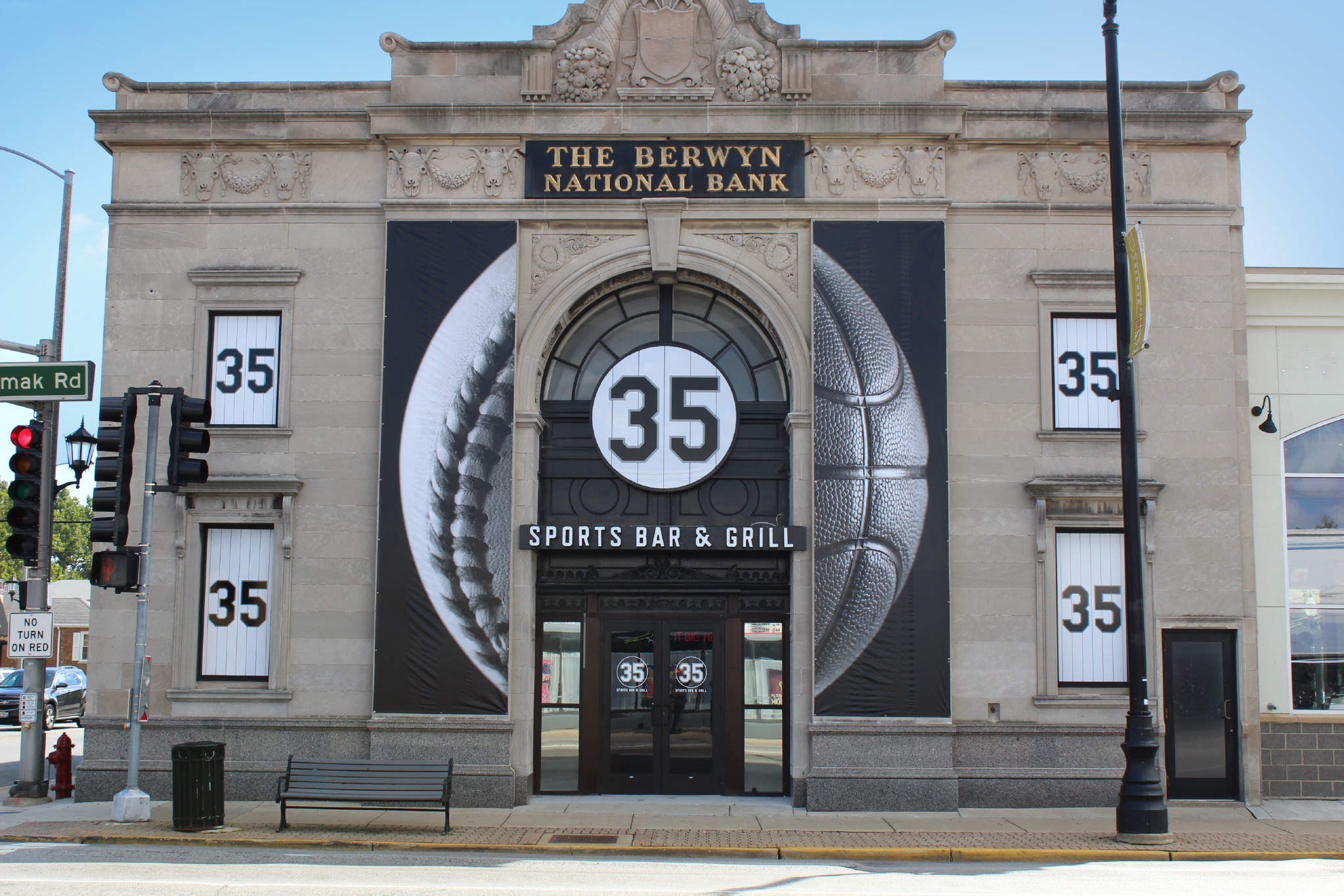 gather. eat. drink + share in the thrill of competition and pursuit of glory.

CBG Nik
Where does this rank for you with regards to your local projects?

And there is a reason I put the restaurant here. I know it’s going to be work but I am here on the south side because these are the fans that I touched for many years.

Other Notes:
-35 Sports Bar is a modern space that maintains a historic exterior. There are 35 rotational craft beer taps and 35 TVs.

-When Frank Thomas left the Chicago White Sox after the 2005 season he was the team’s all time leader in runs scored, home runs, doubles, RBIs, extra base hits, walks, total bases, slugging percentage and on base percentage.

-This was one of the best days ever. Cheers to Blast! Marketing for the assist. I wrote a companion post The Big Hurt Interview: Behind The Scenes on nkosiwhite.com