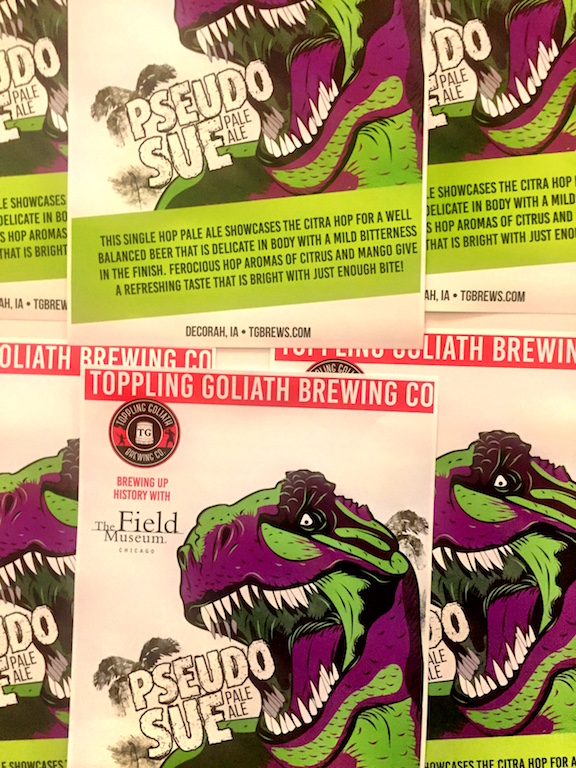 This notoriously juicy, Midwestern Pale Ale arrived at Field Museum recently for the third installment of Hop To It. Toppling Goliath Founder, Clark Lewey sees this new partnership as a way of bridging the worlds of beer and tourism. The small Decorah, Iowa brewery has always supported the Field’s mission. Their relationship has inspired his crew to produce future beers in collaboration with museum staff going forward.

Pseudo Sue is in part an homage to the 67 million year old Tyrannosaurs Rex discovered by Sue Hendrickson in 1990.

At the brewery back in 2011 Executive Brewmaster Mike Saboe was looking to make changes to one of their established core beers, Tsunami Pale Ale. Without having a name for the wort he pinned Pseudo Tsu on the tank almost as a placeholder. When it was done fermenting and dry hopped with citra, they tried a 68-degree sample and quickly refilled their glasses.

For Clark, it was a no brainer. His mother’s name is Sue and he instantly began to think of ways to incorporate dinosaurs when designing a logo….the rest is history. 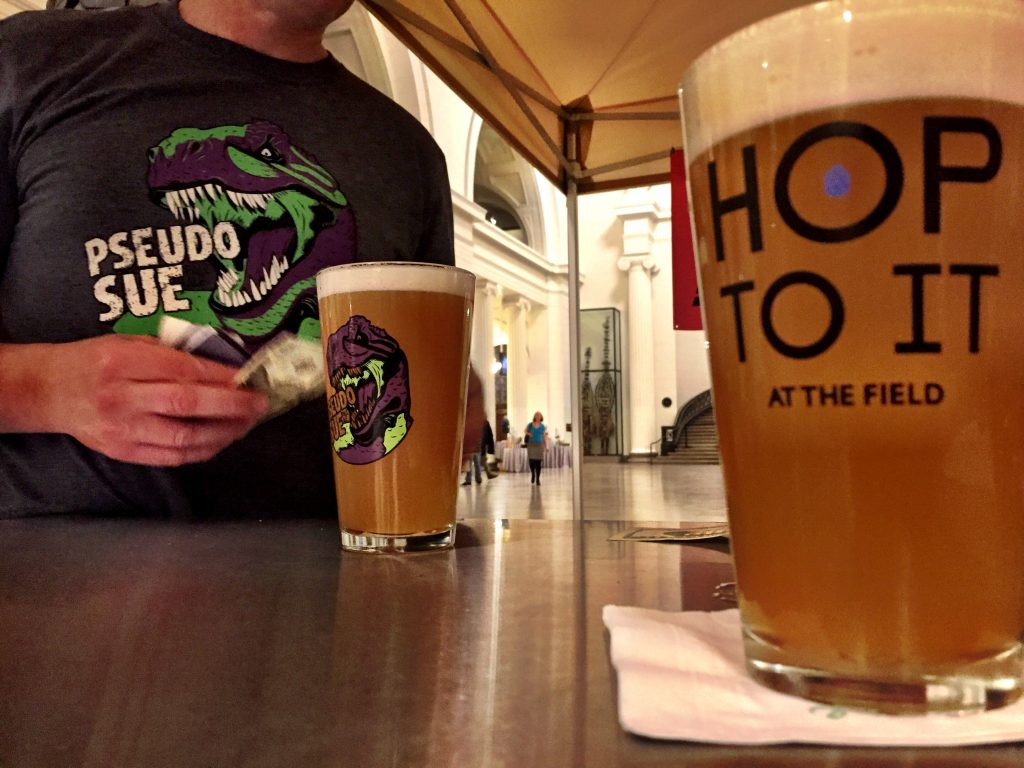 third installment of the Hop To It beer showcase

For now, Field Museum is the only place you can experience this single hop showcase on draft.

4pk tall boy cans will make their way around town this week via Breakthru Beverage.

Cans will temporarily be produced at Brew Hub in Lakeland Florida. Clark encourages the beer world to be patience while his German brewhouse is under construction back home in Iowa. When the new space is online you can expect Rover Truck, Golden Nugget, Tsunami, Sue and King Sue to all hit the market in cans from Decorah. 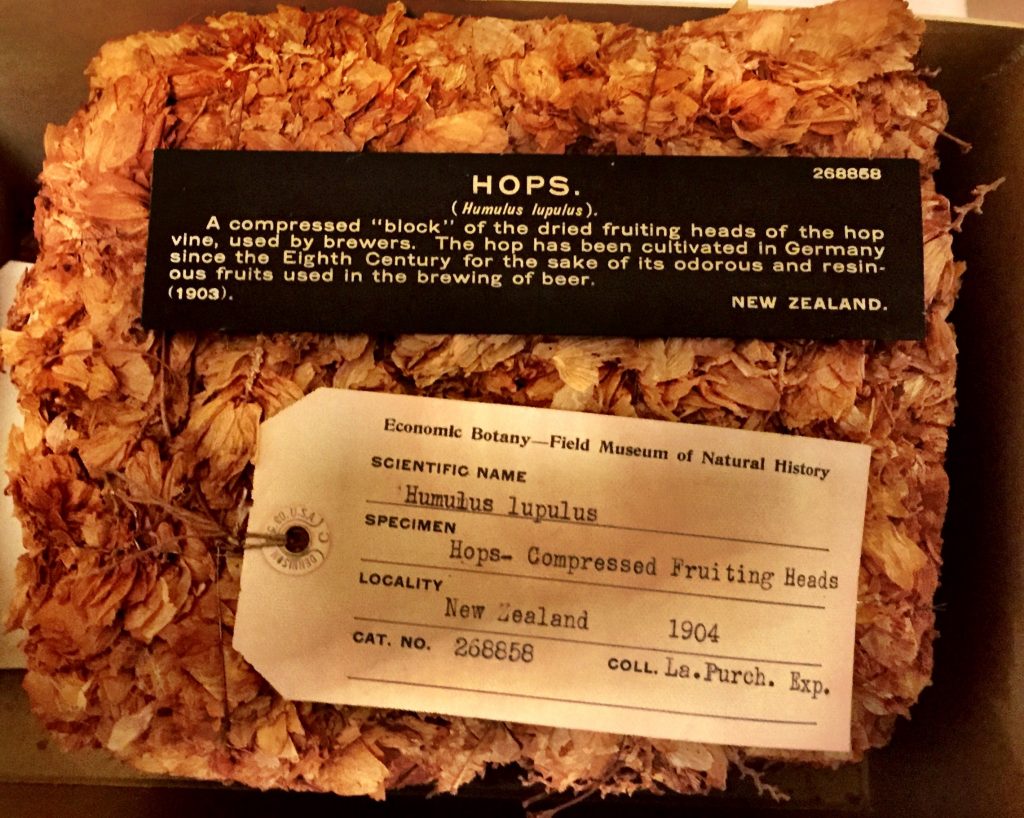 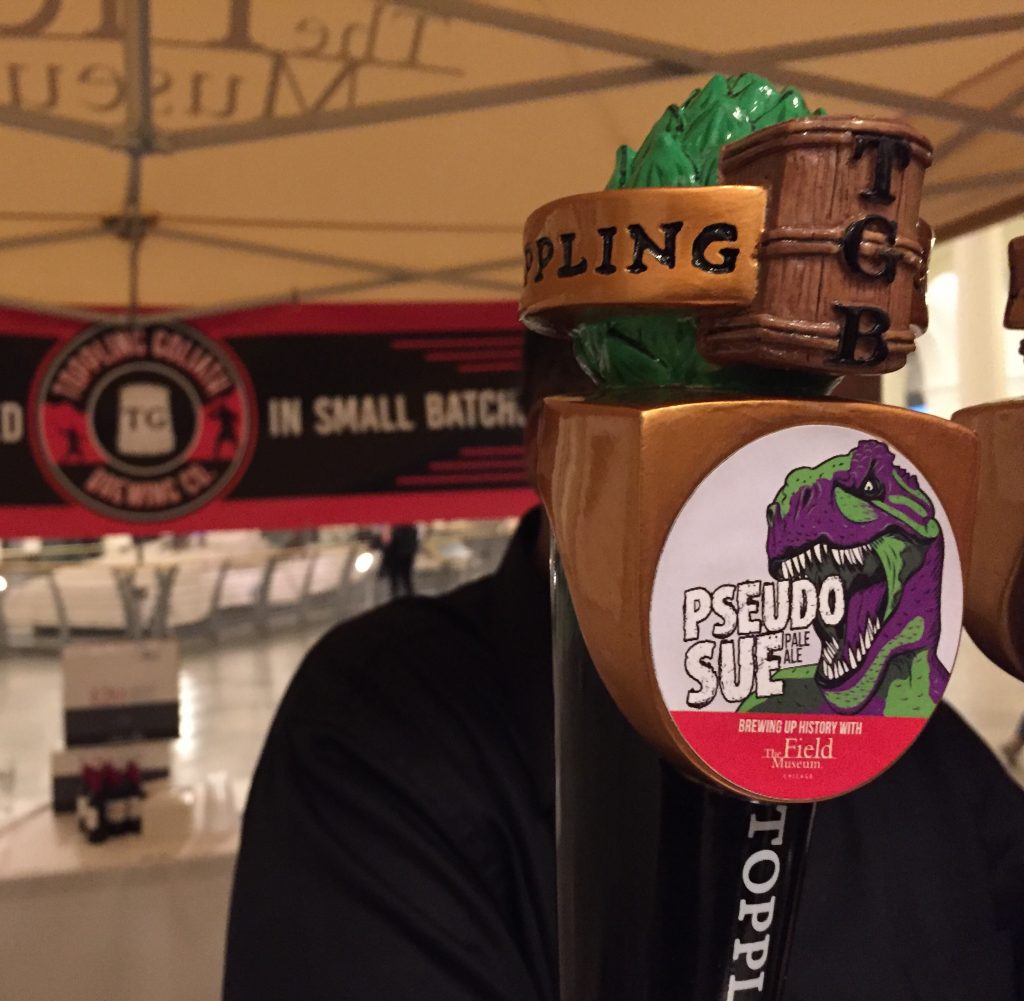 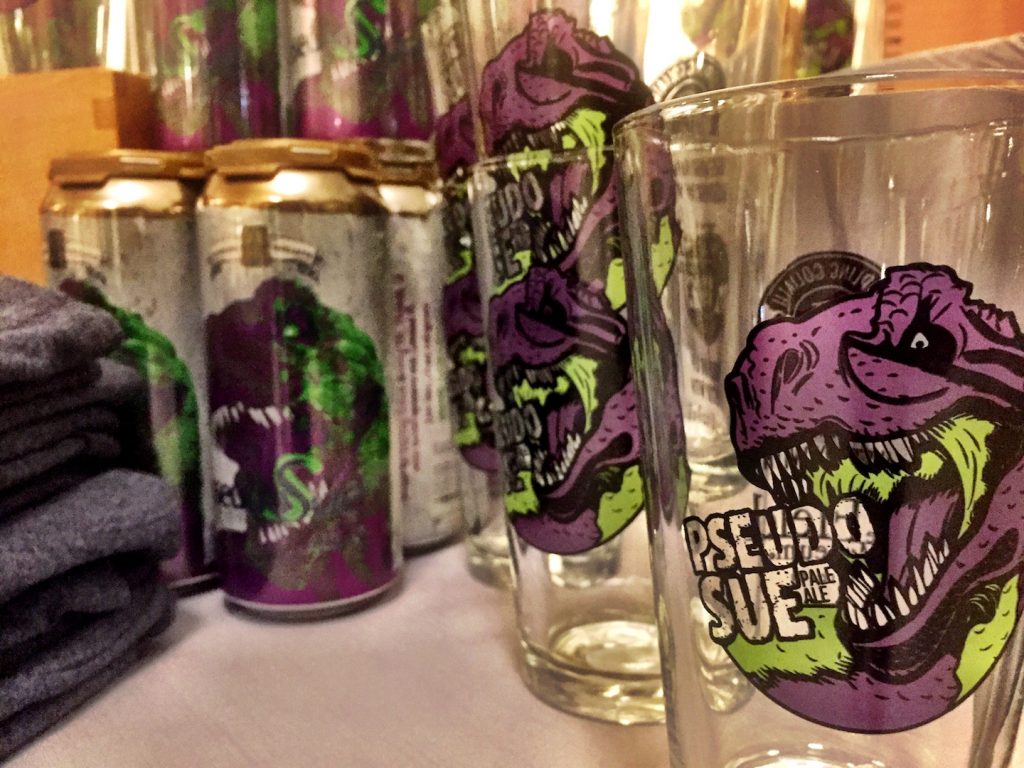 -The museum gift shop has 4pks, tshirts and Sue branded for glassware for a limited time.

-Liz Garibay of History on Tap shared plans for the Chicago Brewseum scheduled to open in 2019. No location specified yet. The plans include a 4-story facility featuring a brewpub on level one , two floors of artifacts and a rooftop beer garden. Liz’s journey came full circle as she spent 12 yrs as both an intern and Field Museum staff member.

-The next entry in the Hop To It Series will be the return of Two Brothers Cabinet of Curiosities. Previous brewers include Off Color whose Tooth & Claw Czech Pilsener and Wari, chicha inspired sour ale were both featured last year.

-Field Curator Jim Philips taught the audience of museum members that the reason barley was domesticated was to make beer. Additionally, prior to 700 AD no beer was made with hops and botanicals were used for flavoring. Everything from sorghum, cloves, wormwood, pepper and honey were discussed. The oldest plants on record for beer use are figs in Israel. 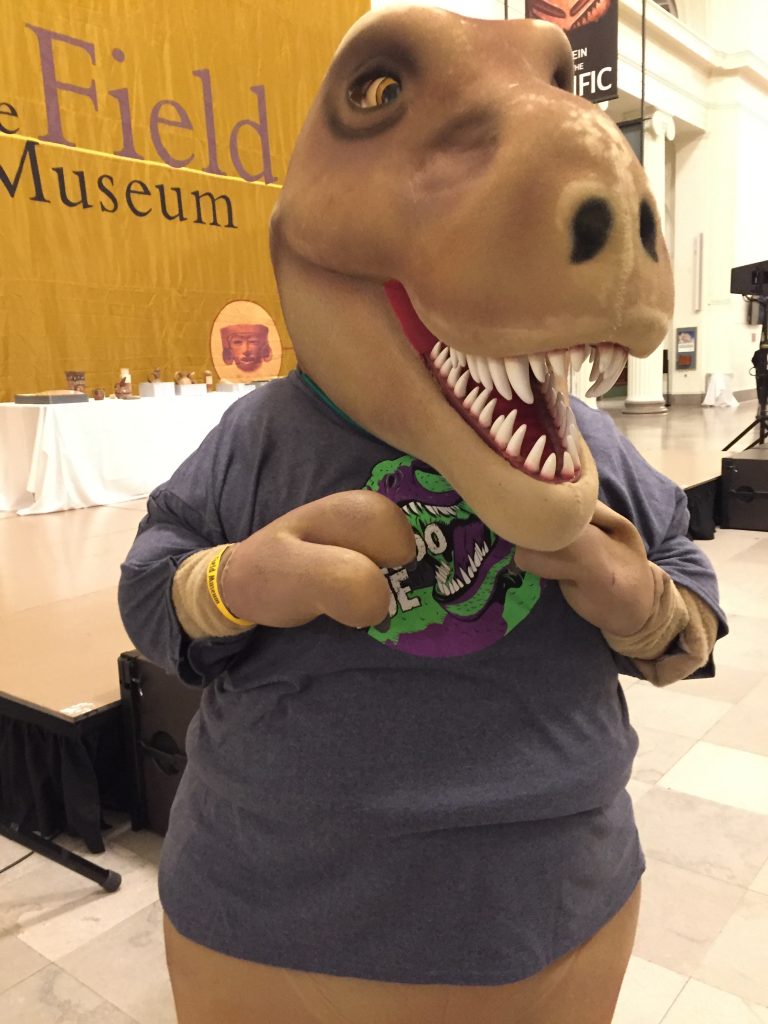 -2000 year old brewing equipment from Iraq and Peruvian drinking vessels were a few of the items on display for the event.

-Toppling Goliath Founder, Clark Lewey bought pints of Sue and shared how events like Cigars City’s Hunaphu Day and The Great Taste of The Midwest have played a pivotal role in the brewery’s cult following. He is sparing no expense purchasing his crew what he calls “a Rolls Royce of a brewhouse” in Iowa. Until then they will can Sue in Florida. On a side note, Cigar City’s Jai Alai is also packaged at the same Lakeland, Florida facility.

–Cheers to my man Alex Miramontes for the assist. Here’s a shot of him from Great Taste of The Midwest a few summers ago. Until tonight’s event, my last encounter with TG Brews was back in 2013.

-Reps from Breakthru Beverage- the joint distro partnership between Wirtz (Chicago) and Charmer Sunbelt (NY) were caught off guard by the surprise addition of Toppling Goliath when it was announced less that 72hr before  Hop To It.

-TG Brews joins a portfolio that features the likes of Ballast Point, Deschutes, Alesmith, BuckleDown and more. Chicagoland brewers 5 Rabbit Cerveceria and Solemn Oath have selected Breakthrough as their distributor in Wisconsin. Expect Spiteful Brewing to join the lineup by the end of 2017.