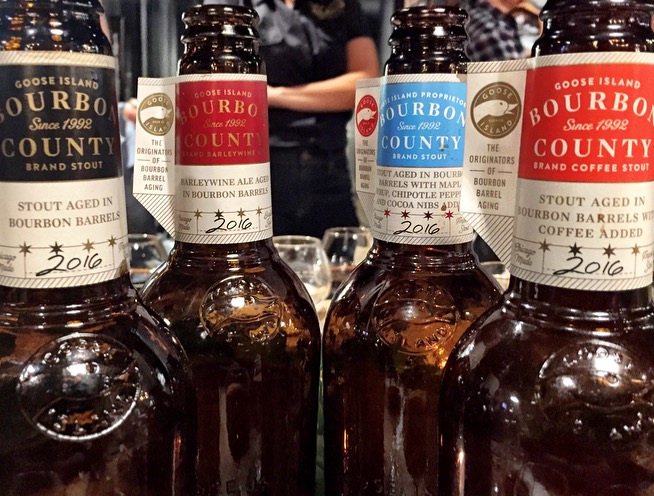 By now we should just call GI’s Bourbon County Stout what it is – The Most Disruptive Stout in American History.

Batch 1000 at the Clybourn brewpub was ahead of it’s time and pioneered the way craft breweries approached experimenting with second use barrels that previously held a spirit.

We visited the Goose Island Fulton Street Production Brewery recently for a peek at the full 2016 Bourbon County Stout lineup. This all happened to take place while we watched the Chicago Cubs play in their first World Series game in 71yrs…how real is that. 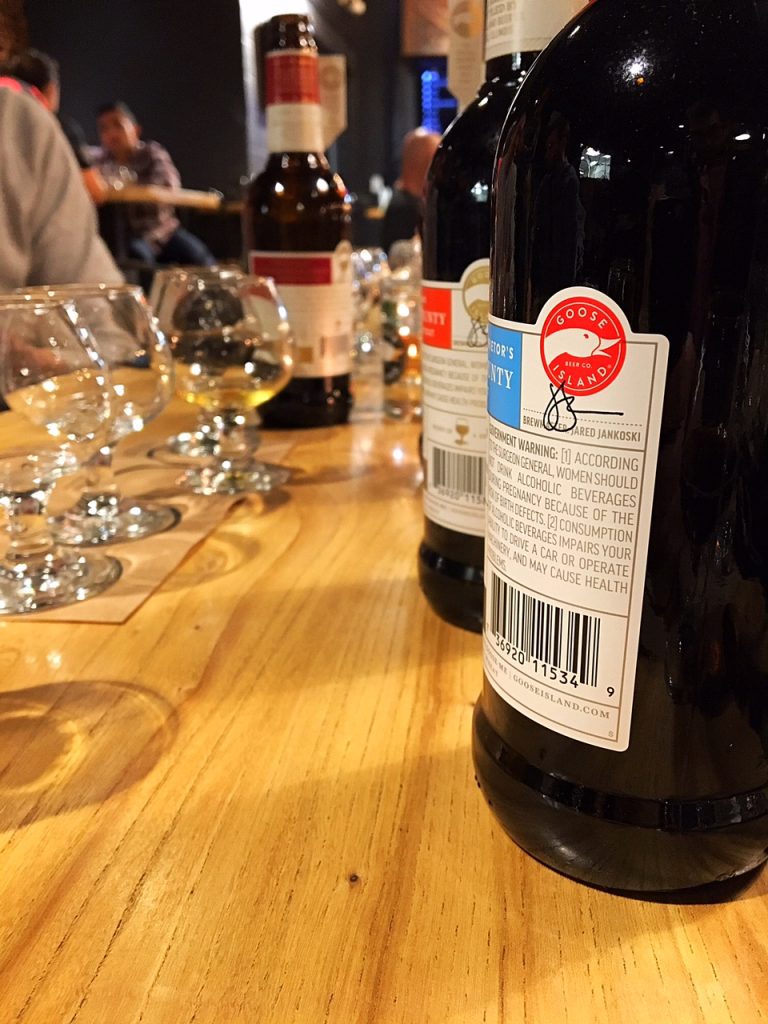 The Original Bourbon County Brand Stout
The GI tagline for this beer reads “One sip has more flavor than your average case of beer.” With regards to global impact, no stout compares to Guinness…. it’s not even close. As far as those Americans go, this may be at the top of the food chain when we take an honest look at the country’s most influential stouts.

Bourbon County Brand Coffee Stout
This year’s coffee blend, Fletcha Roja was hand selected in the Costa Rican highlands by Goose Island and their neighbors at Intelligentsia Coffee. It was probably the combination of fruity, yet nutty undertones and zesty lemon flavors that led to that decision. Cold brewed coffee is added to the original BCS, the aromatics are enhanced during the cold brew process. 1100 pounds of coffee was used this year!

Bourbon County Brand Barleywine
The recipe is basically BCS minus the roasted and dark malts removed with a little wheat added. Typically the aging casks used for this barleywine are third use Bourbon County Stout barrels. However; this year GI decided to age in mostly first use bourbon barrels. As a result is that abrasive bitterness exhibited last year is now gone. This year’s Barleywine is sublime, well integrated, velvety and luscious. It has those whispers of vanilla and charred oak in the profile you want, but without as much of the roast, cocoa, and prune like qualities present in the rest of the BCS lineup. 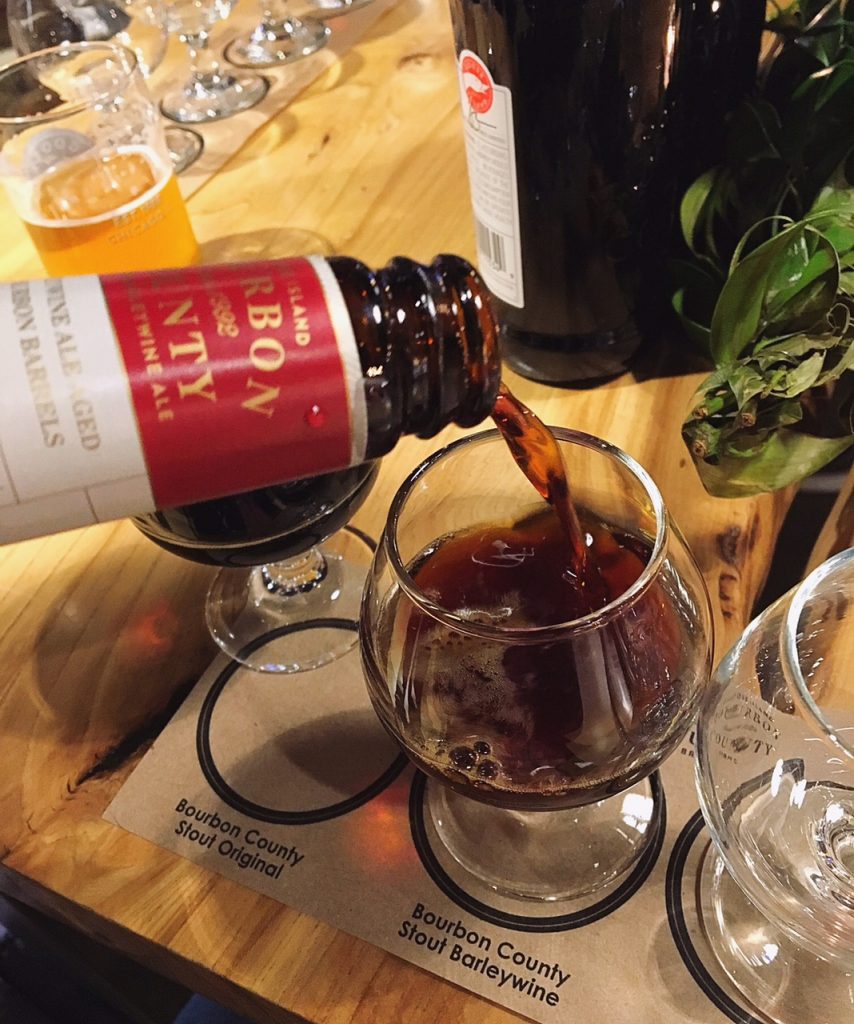 Bourbon County Brand Stout Proprietors
Prop is one of the most inefficient beers in GI’s catalog to produce. Every year brewers are given BCS and encouraged to create a new variant. The decision process includes four rounds of internal tastings. This extensive approach is meant for brewers to improve on their original recipe submission.

This Proprietors blend of BCS is a Chicago only release.

Goose Island brewer and California native, Emily Cosmal designed the winning recipe for Proprietors this year. Her varietal was brewed with chipotle peppers and cacao nibs then aged for 8-12 months in bourbon maple syrup barrels from Bissell Farms in Northeast Ohio. There is a mild sweetness from the guajillo peppers in last year’s batch that is missing this year.

In 2016 you get the maple goodness you have come to know and love from Prop ‘15. But this year’s vintage is more of a tobacco, dark fruit leather, and lingering heat showcase. 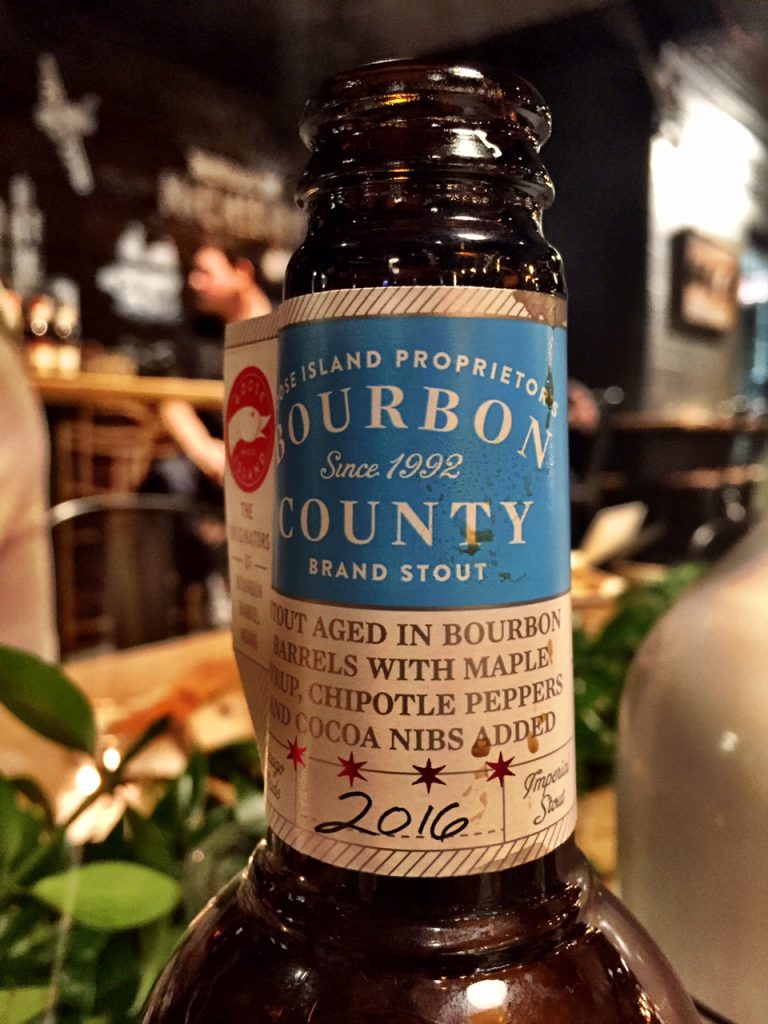 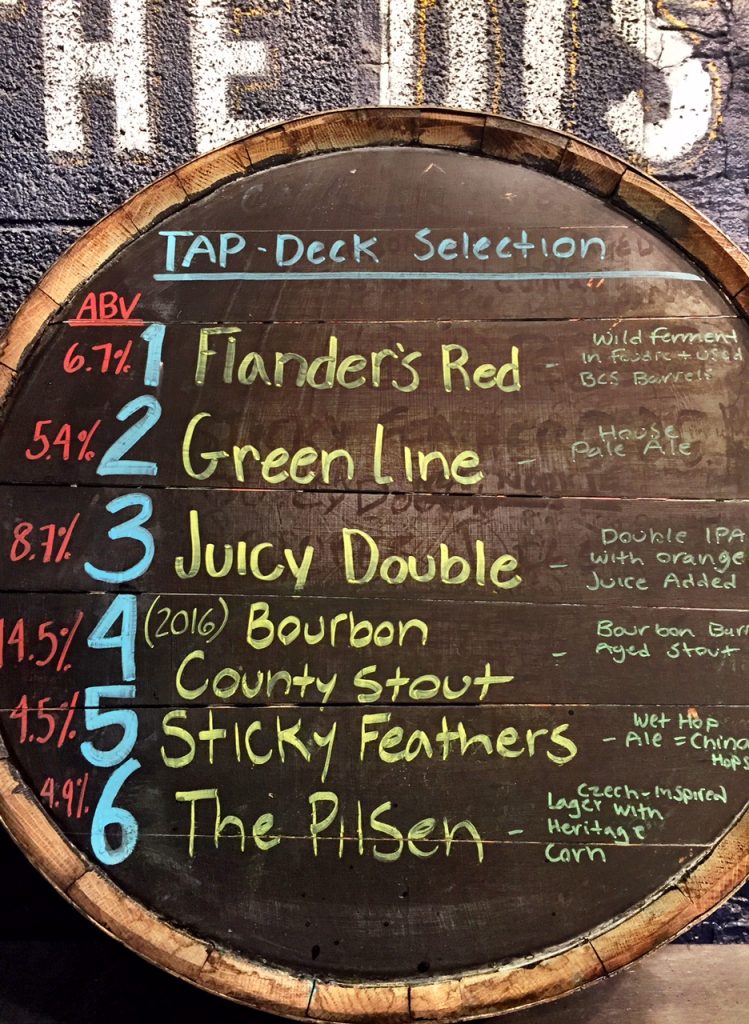 -2015 saw six entries in the BCS lineup that number is down to four this year. Gone are Bourbon County Rare (aged 2yrs in 35yr old barrels) and Regal Rye (aged in rye whiskey barrels with sea salt, candied cherries and fresh sour cherries).

Intelligentsia’s Costa Rican Fletcha Roja is a blend that has been in the final four the last three years for potential use in BCS Coffee. 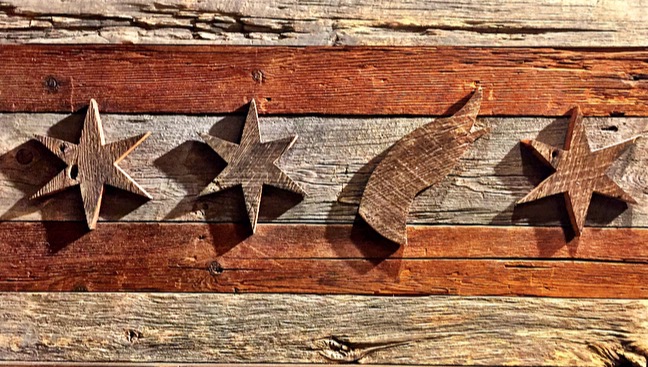