On Tuesday, October 10th, Chicago Beer Geeks went behind the scenes to experience the hopping of Penguin Hops. Created through a collaboration with the Shedd Aquarium and Revolution Brewing, Penguin Hops is a limited-release harvest pale ale hopped with the Shedd’s homegrown hops. 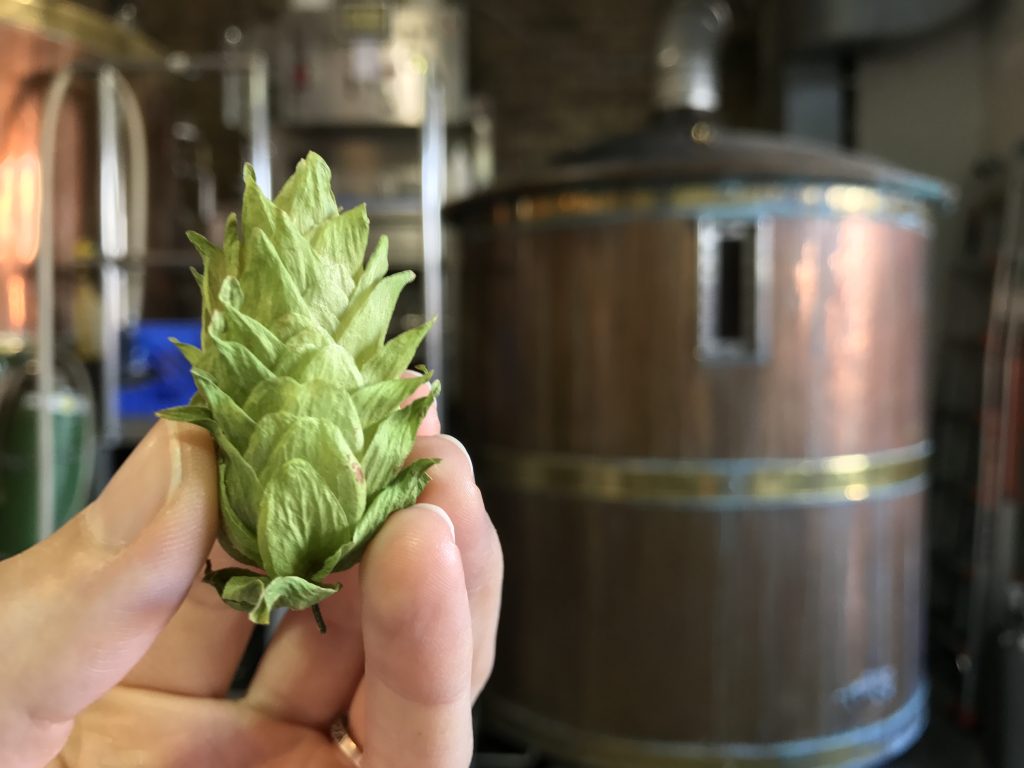 This little bud is so fragrant! It once provided shade for a variety of mammals and sea creatures. Now, it will provide a delightful flavor and aroma for a tasty beer.

You might be surprised that the Shedd has hop vines! Proving the Shedd’s commitment to sustainability, the vines are grown to provide shade and a natural aesthetic to the aquarium’s perimeter. Penguins, rescue dogs, birds of prey, and other mammals benefit from the shade provided by the hop vines. In addition to hops, the Shedd grows a variety of other organic plants, fruits, and vegetables as snacks for aquarium residents and humans alike. The Shedd also keeps bees and other helpful pollinators. 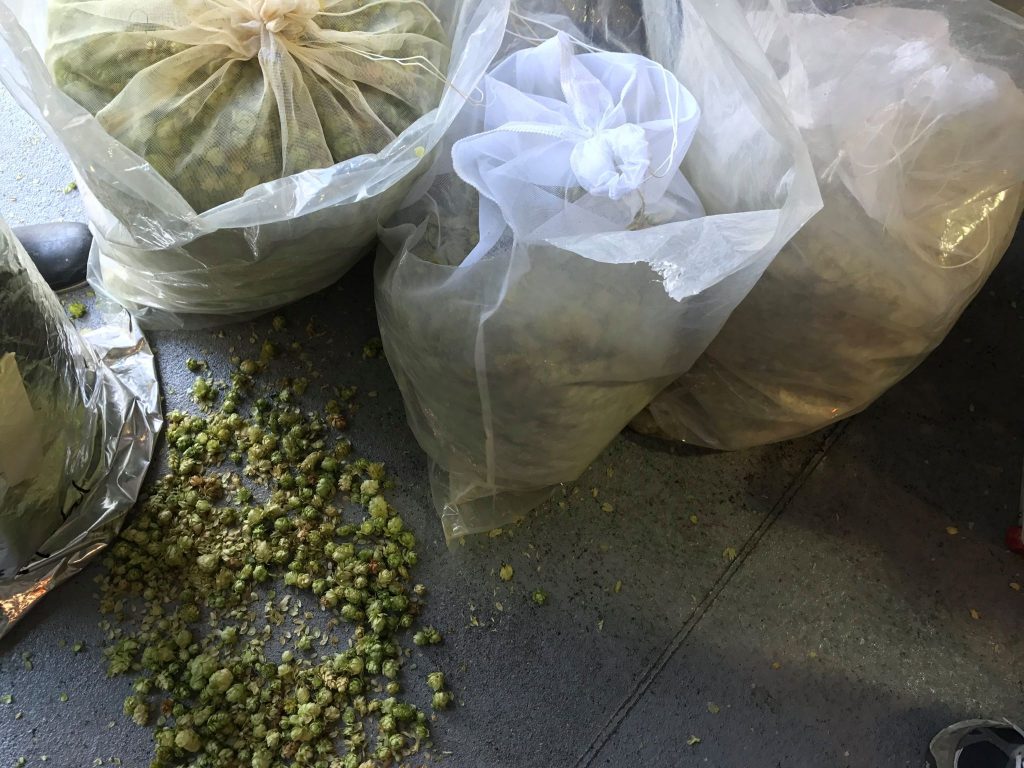 The hops are bagged before soaking them in the lauter tun. 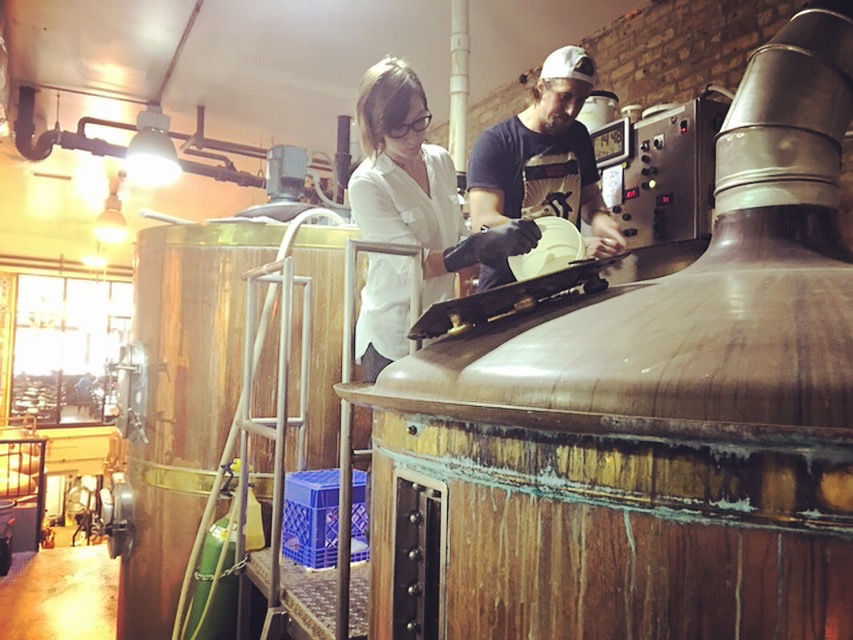 CBG Ali hopping the wort alongside Matt Voelker of Revolution

The hop vines were planted over a decade ago. They added a visually pleasing and functional dynamic to the exterior walls of the building. When resident horticulturalists realized the hop plants needed to be trimmed back, they decided they wanted to re-purpose the buds. In 2012, the Shedd Aquarium began a partnership with Revolution so none of the fragrant hops would go to waste. The two “buds in sustainable suds” are happily celebrating five years of successfully creating both a natural habitat for animals as well as a tasty beverage. 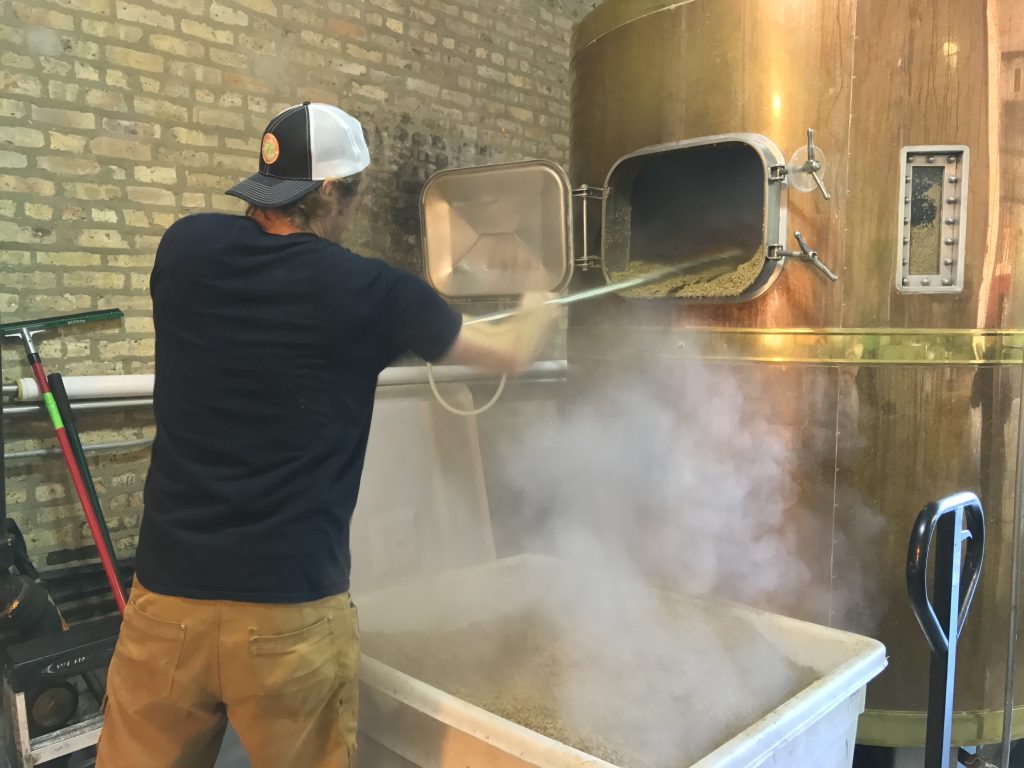 Matt Voelker removing the spent grains from the mast tun after the wort is drained into the lauter tun, where the hops will be added. 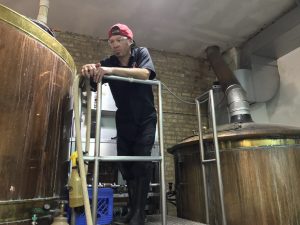 Join the Chicago Beer Geeks as we unite with friends and family of the Shedd when the beer is released to the public this Thursday evening, November 17th. We can all gather to sip and support a good cause. For every pint of Penguin Hops sold, one dollar will be donated to support the Shedd’s local and global conservation initiatives. Click here for more information on the Penguin Hops Release Party.