A Sunday in Bohemia

Last Sunday, we finally had the opportunity to visit the fabled Band of Bohemia, a culinary brew-child of Alinea alumni Michael Carroll and Craig Sindelar. This waywardly bohemian brewhouse serves up comforting yet fanciful fare and unique beers in a reclaimed Ravenswood Oreo factory. The team at Band of Bohemia places great importance in connecting with the neighborhood and fostering a comforting environment to indulge in gastronomically inspired food and beverage. 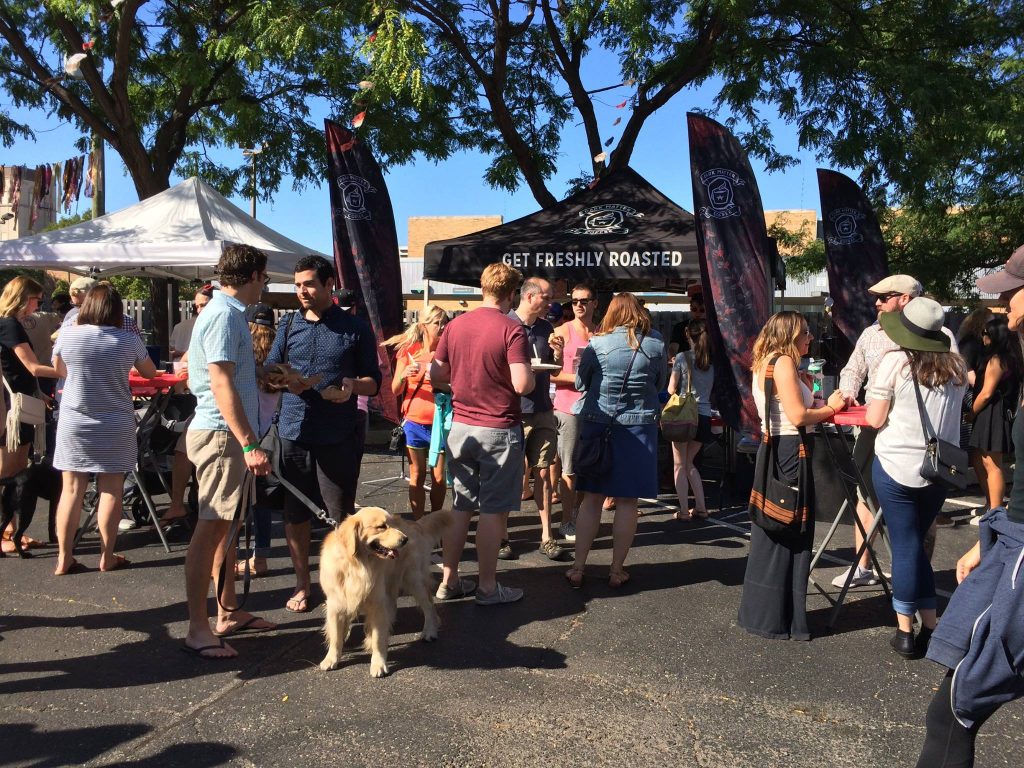 Celebrating the end of the summer and the beginning of Oktoberfest, the Band’s Caravan Art Fest took place in the private lot adjacent to the brewhouse. The Chicago Beer Geeks arrived fairly early so that we could experience the full extent of the frivolity. We tried our luck at the ring toss, bags (or “cornhole,” depending on where you’re from), and darts while grooving to the boho melodies of the Hungarian-Lithuanian gypsy jazz band Alfonso Ponticelli & Swing Gitan and the Gipsy Stringz Quartet. This band was amazing!

The festival was definitely different than the average Chicago street festival, so we were very impressed. However, in searching for the “Art” part of the gathering, we came up short. There were certainly culinary arts, and musical arts. But no visual arts to be seen. Nevertheless, the event seemed very successful in terms of community participation. We think they’ll do it again next year, so the Band will have another chance to build on that “art” feature. 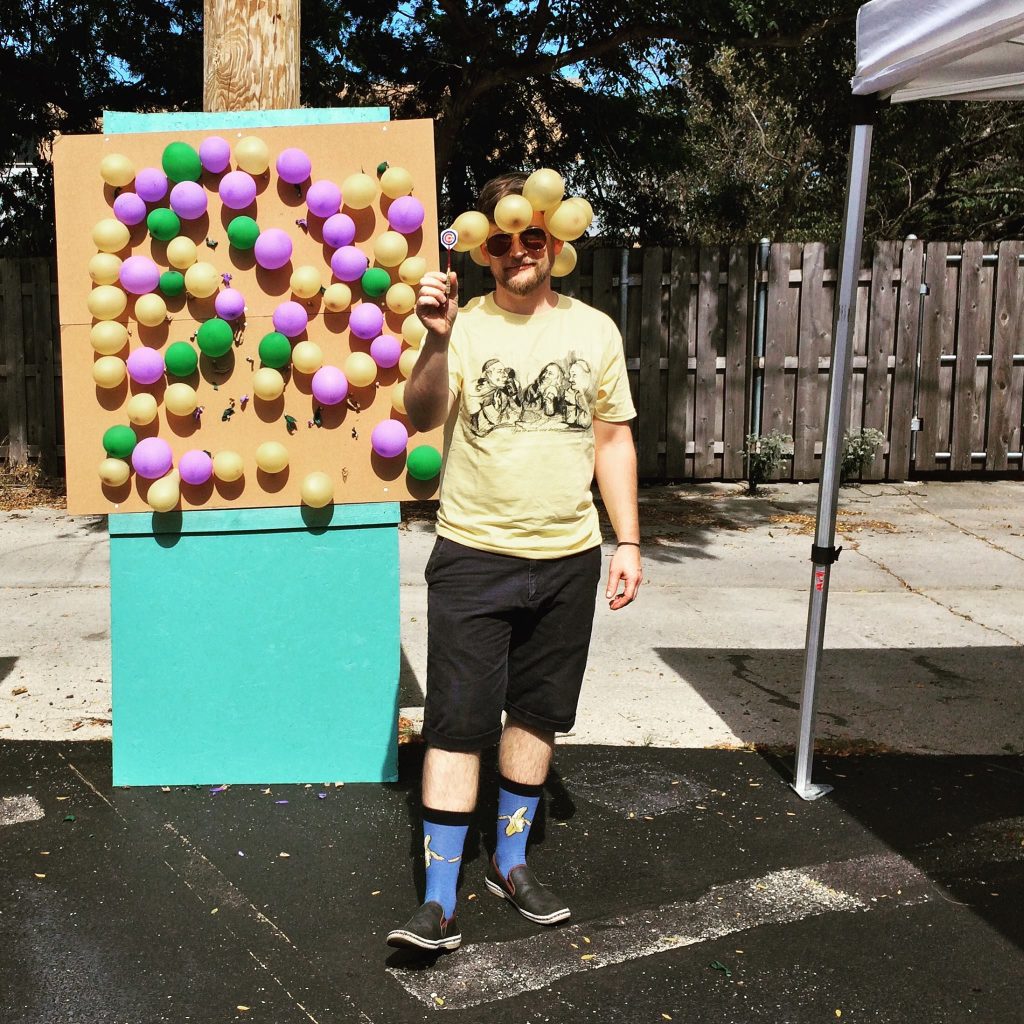 Pop three balloons and get a free beer!

Dark Matter, a local coffee joint that experiments in barrel aging and fermenting coffee, served us what can only be described as a volcanic coffee cocktail containing cold brewed saison fermented with oranges from Guatemala, hibiscus, and volcanic black lime, anise syrup, and orange flower water. The result was very intriguing to say the least. 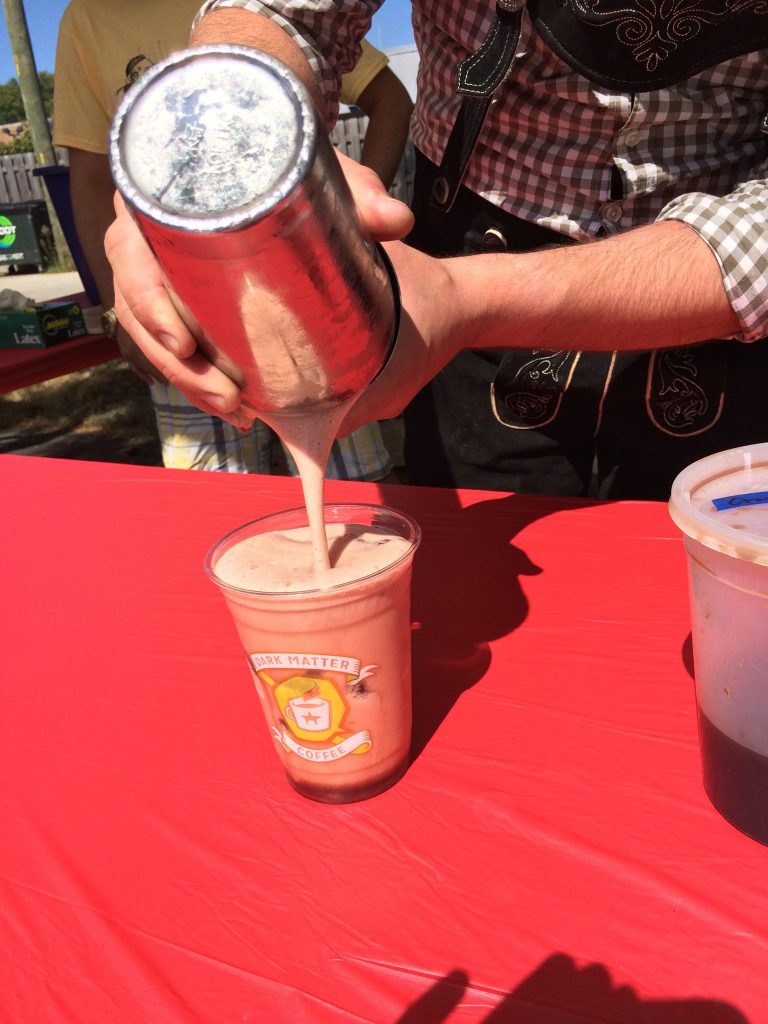 For the festival, Executive Chef Matt DuBois planned a limited menu, with a slight variation between indoor and outdoor food. In the lot, we could feast on fest fare such as hot dogs, brats, Thai chicken wings, pulled pork coleslaw, and finger desserts. And inside, nestled in the velveteen booths shaded by elephant-embossed curtains, we could have sampled tomato salad, vegetable gratin, Jefferson township burgers, Amish chickens, Parisian hot dogs, and carrot cake. But, we didn’t get a chance to thoroughly explore the indoor offerings, since we couldn’t resist the outdoor offerings: Chef Debbie’s incredible Dark Matter pulled pork sliders! 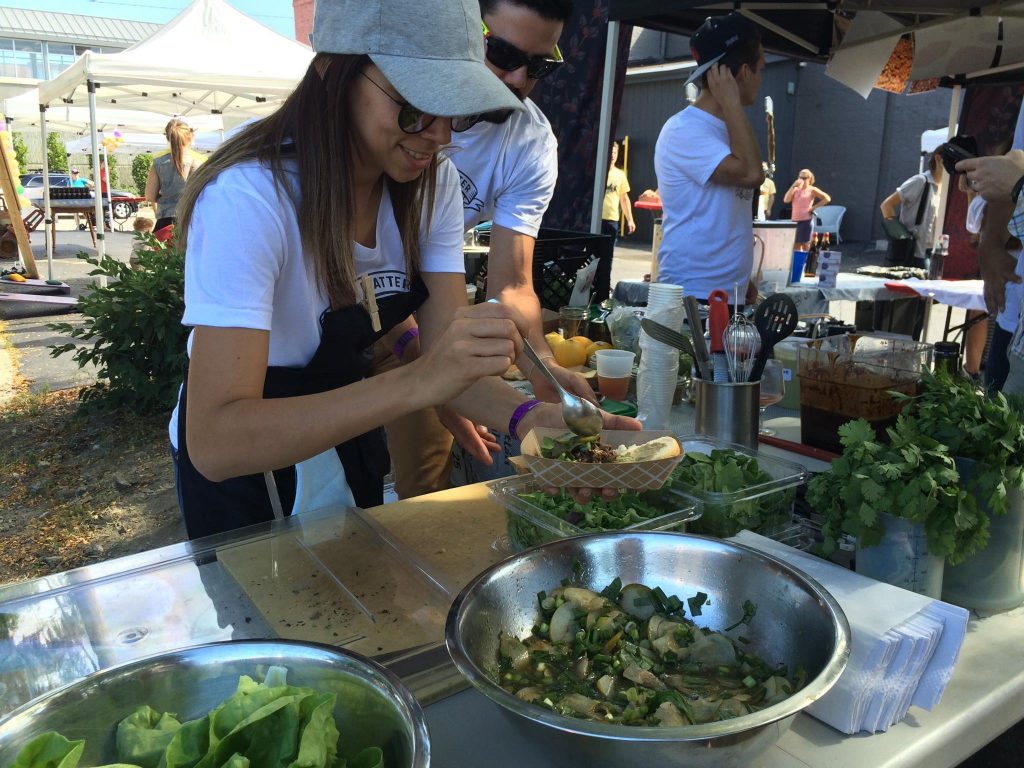 And, for the beer. Band of Bohemia is known for “herbaceous” brews, beers that feature ingredients more likely to be found in food. In fact, Carroll often thinks of a food first, and then brews a beer in response to that food idea. This technique almost necessitates food pairings. We weren’t too concerned about pairing the beer with food on Sunday – we just wanted to try it all! The best beer (in our opinion) was the refreshing Sunday in Saigon, a Thai-basil lemongrass saison collaboration with Half Acre Beer Company. We found it softly peppered, sweet, citrus-y, and non-traditional in terms of ingredients. Great collaboration, “Band-Acre”!

Sunday in Saigon is not the Band’s only tie to Half Acre; brewer Michael Carroll is a former brewer of the Lincoln Square establishment. So, we expect many more collaborative efforts for the future. On the topic of cooperative brews, the Band also has brewed with Dark Matter Coffee, which is featured in their Cherry Matter porter. Other brews included their flagship Noble Raven Ale, Thai Long Saison, a Golden Lemongrass Belgian, a tart Apricot Amber, Noble Oktoberfest, and the Black Forest Porter. 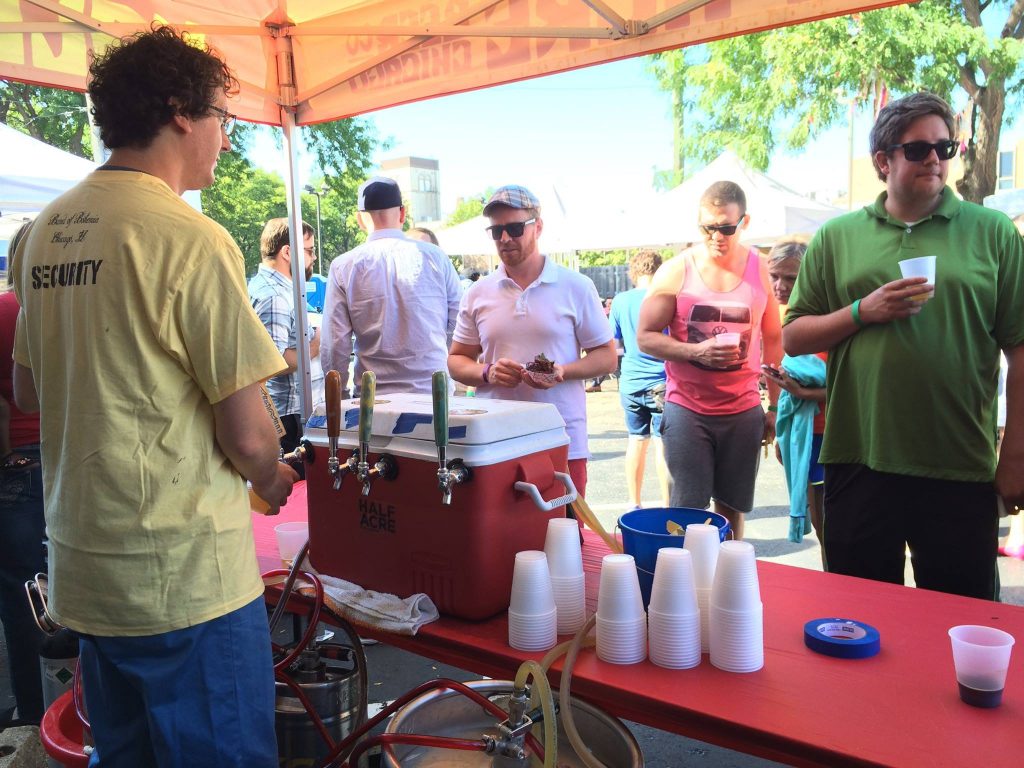 Brew tent! My favorite by far was the Sunday in Saigon, a thai-basil lemongrass saison collaboration with Half Acre Beer Company 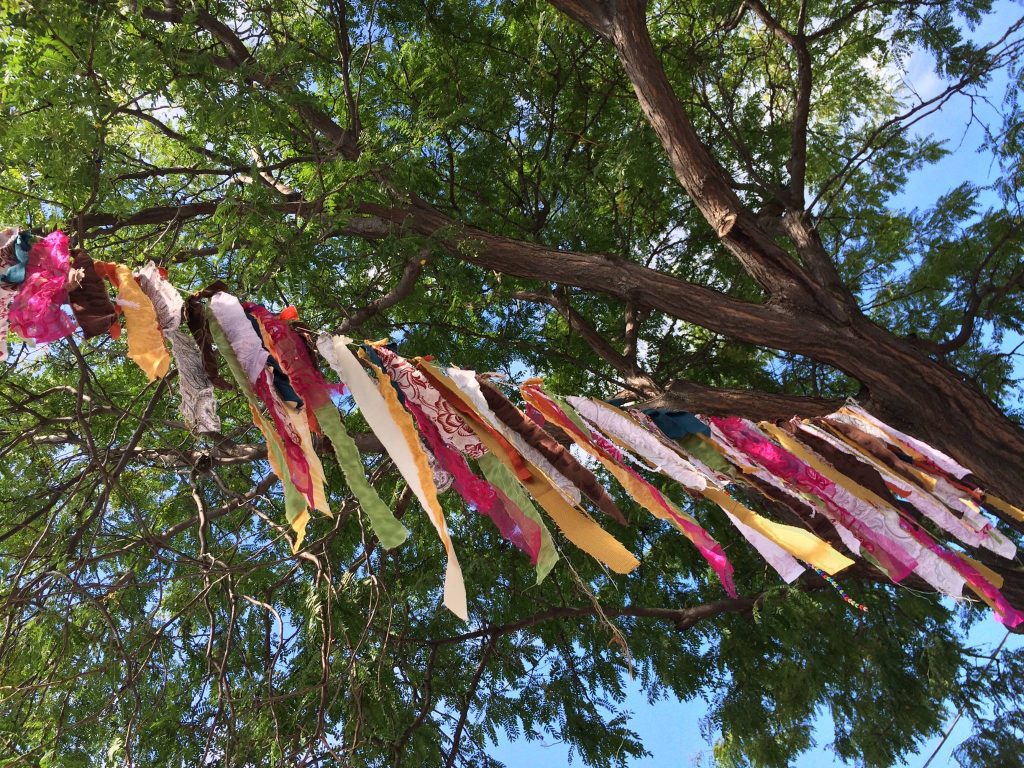 We drank our brews underneath this beautiful boho canopy.