On Saturday, we celebrated the 500th anniversary of the Reinheitsgebot at Prost!, a traditional German beer hall in Lincoln Park. 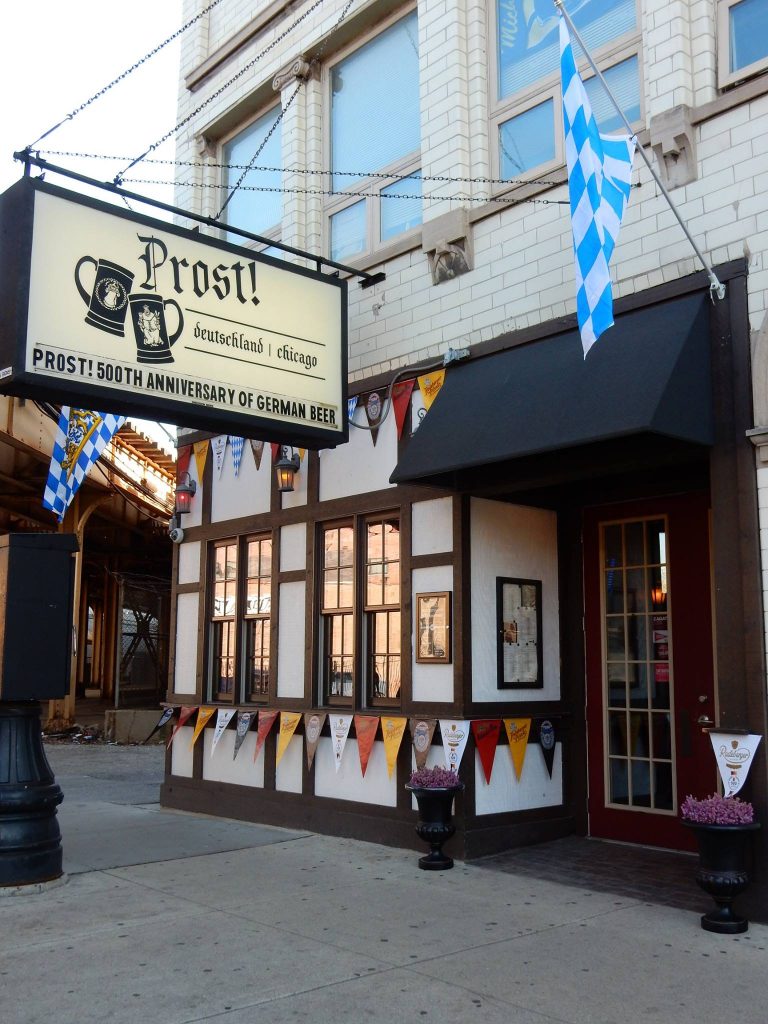 The Reinheitsgebot, which literally translates as “purity order,” is one of the oldest food laws in the world. It was enacted in Bavaria on April 23, 1516 to ensure the quality and consistency of beer, since many 15th -16th century beers were produced with “problematic” ingredients. The Reinheitsgebot was also intended to restrict beer production to barley only, preventing price competition with bakers for wheat and rye. Of course, there was an additional religious purpose for this decree, due to the strength of Rome and its Holy Roman Empire during this time. Basically, Rome wanted to prevent brewers from using ingredients known to be included in pagan rituals. Many unique ingredients we see in craft beer today would have been undoubtedly excluded in the 16th century! The Reinheitsgebot initially only allowed for three ingredients in beer: water, malt, and hops. Notice something missing? Yeast! Yeast’s role in the creation and fermentation of beer wasn’t uncovered until the 1800s. Until that time, natural wild yeast would ferment the wort, which was often left exposed to the air.

The party was one of four simultaneous celebrations in America sponsored by Paulaner, a German-based brewery initially established in the 1600s by friars, who are similar to monks, except that they are uncloistered and live among the laypeople. Staff at Prost! donned in traditional Bavarian lederhosen and dirndl cycled among us, giving out information about the origins of the Reinheitsgebot and inviting us to be videotaped for Paulaner’s YouTube channel. Footage from all the events – including NYC, LA, Chicago, and Boulder- will be spliced together and featured. They asked all guests to attempt to pronounce “Reinheitsgebot,” and we tried our best. 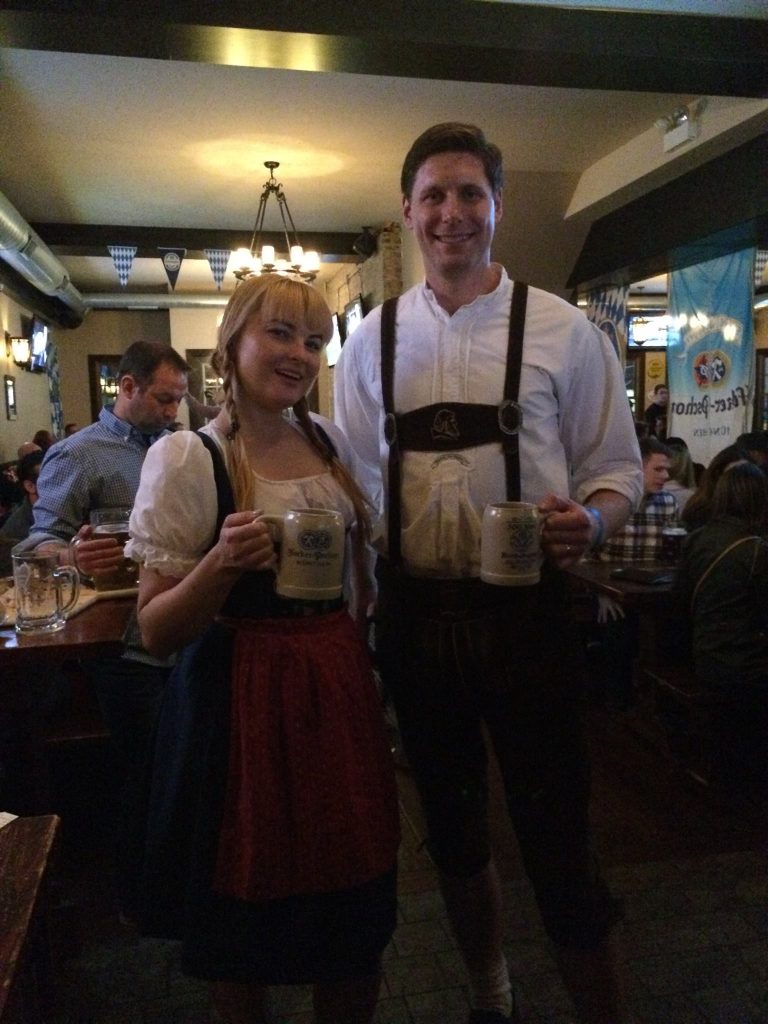 We also tried all their sausages, pierogis, potato pancakes, a bite of Prost!s infamous giant pretzel, haus kraut, red cabbage, black forest ham, potato salad, white onions, deutsche salat, beets, radishes, and many different mustards washed down with copious of Paulaner and Hacker-Pschorr that were on special for the night. Communal tables were great for making new friends, and partying like the Germans. 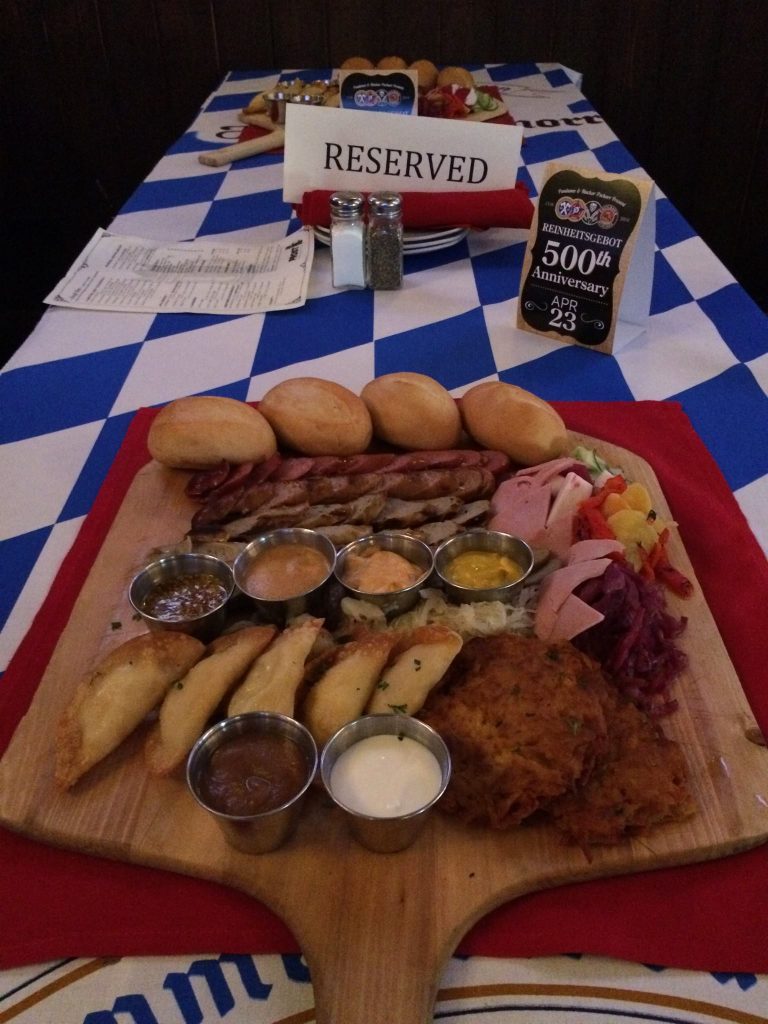 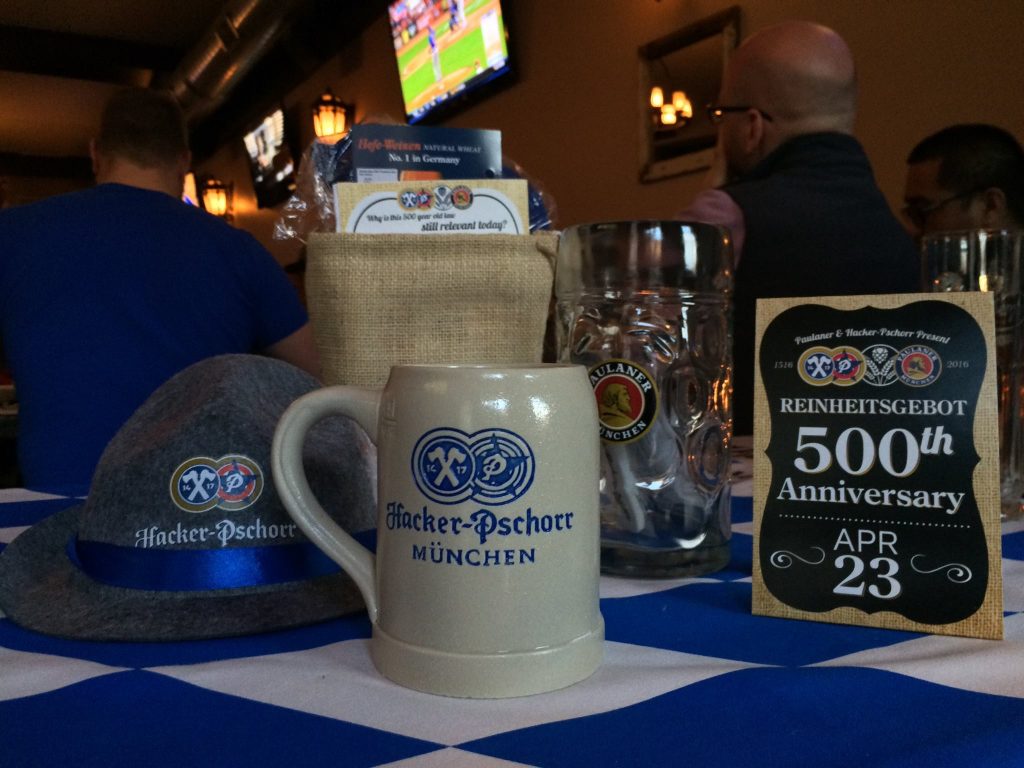 They sent us away with sweet Hacker-Pschorr swag 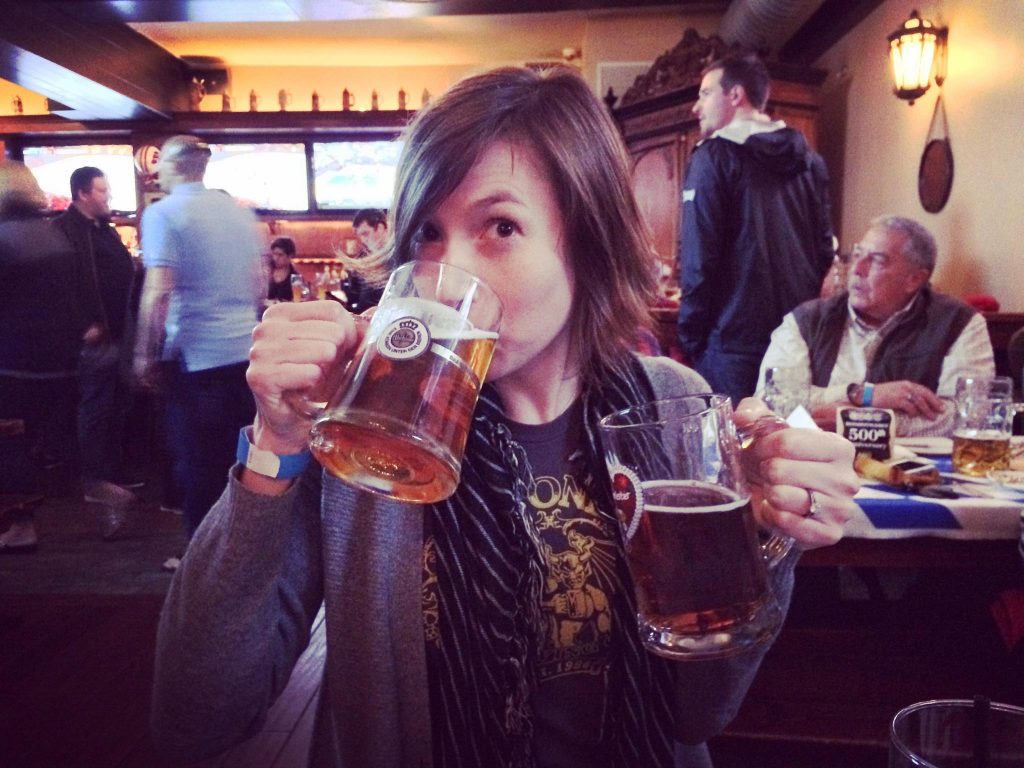 CBG Ali approves this event. Thanks for reading!