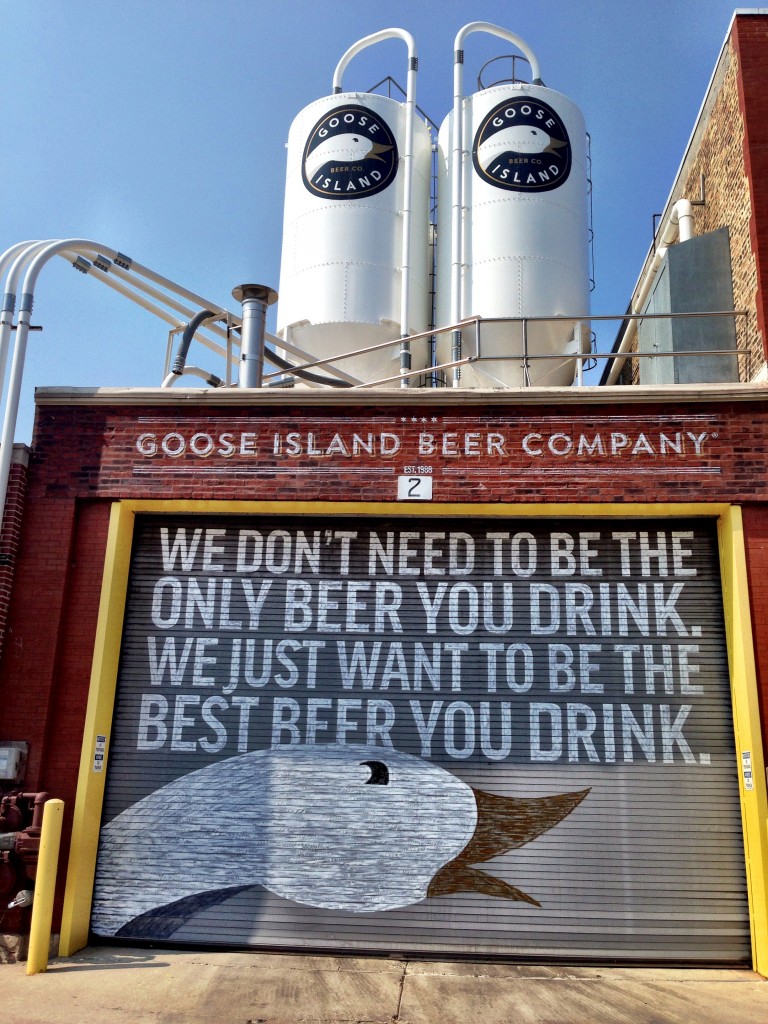 Pitchfork is probably the summer music fest we look forward to the most every year. The 3 day, internationally recognized event run by Pitchfork Media invites over 40 bands and 50,000 attendees to Union Park on the Near West Side every July.

Goose Island for the second year in a row has complimented the affair with an impressive list of choice selections from their Fulton & Wood catalog. GI also releases a pair of beers made specifically for Pitchfork. One is brewed with the staff, and the other with a festival artist. The end result is a beer and music experience on a level we don’t see often around these parts.

Before heading to the 10th Annual celebration we spend 5 good minutes with singer-songwriter Sharon Von Etten. The Clinton, NJ native is known to take a shot a whiskey with her band before a gig, and enjoys red wine on most other occasions. The SVE Kölsch journey began when a huge fan of her work –  Goose Sr. Barrel Program Mgr, Eric Ponce discovered she would be performing this year. After a series of emails and phone calls Eric took a flight to watch Sharon perform at the Bluebird Theater in Denver. The pair had a meeting after the show and decided a proper festival beer was in order. As they mention in the attached video, the goal was to create something delicate and refreshing. An outdoor, summer beer that wont get you wasted before the show even starts. (Video courtesy of  Ken Hunnemeder at Goose Island).

The Original Goose Island Clybourn Brewpub was 1 of the 14 food vendors in attendance for the weekend.

The rotating taplist is just as much a highlight as the music lineup. Goose has been the beer sponsor the last 2 years. Here’s the list of beers they’ve tapped during that time. 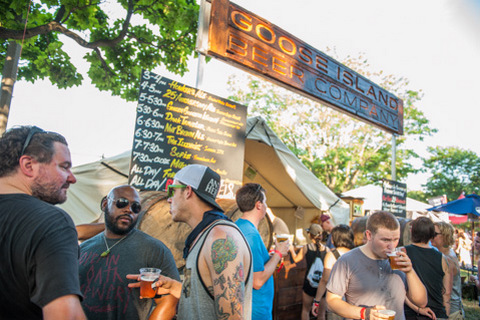 9p) Matilda
Belgian Style Ale brewed as an homage to Orval. Names after the Countess who lost her wedding ring near the Orval monastery. 7%

All Day Beers
Forcone
Amarillo Pale Ale in honor of Pitchfork Music Festival of 2013, Goose Island brewed a beer with some members of the Pitchfork staff. 5%

Run The Jewels
Collab between Goose and Pitchfork performers Killer Mike and El-P,Run the Jewels is also the name of Killer Mike and El-P’s album .4 different hops make an appearance in this beer Centennial, Trisket, Cascade, 72-72 and Citra.  This was easily our favorite local release of 2013. 5.4% 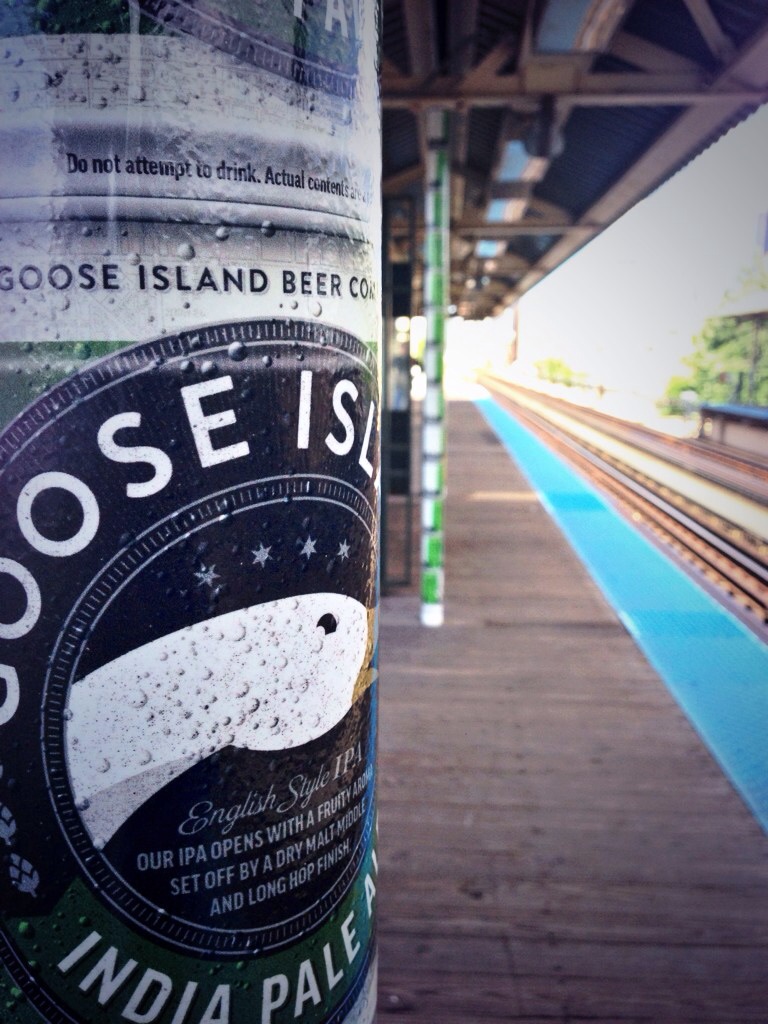 2p) Green Line
Green Line Pale Ale is available on draft only in Chicago to help cut down on packaging waste and reduce the impact from refrigerating and transporting beer over long distances. Liberty, Amarillo, Simcoe and Columbus Hops 5% 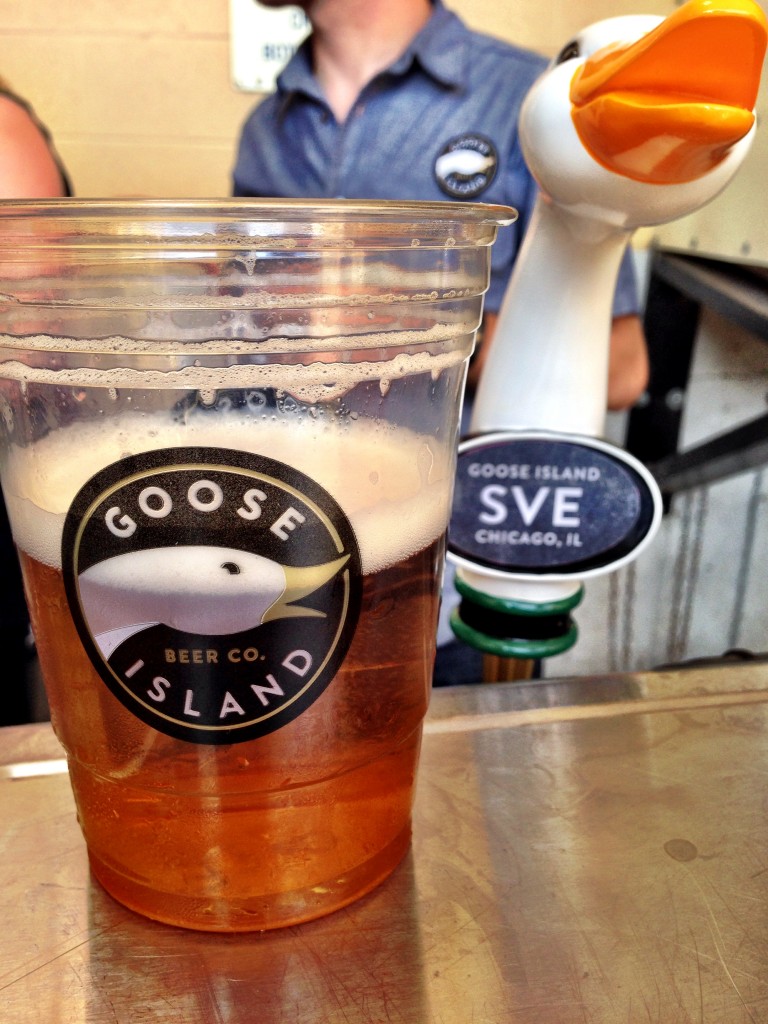 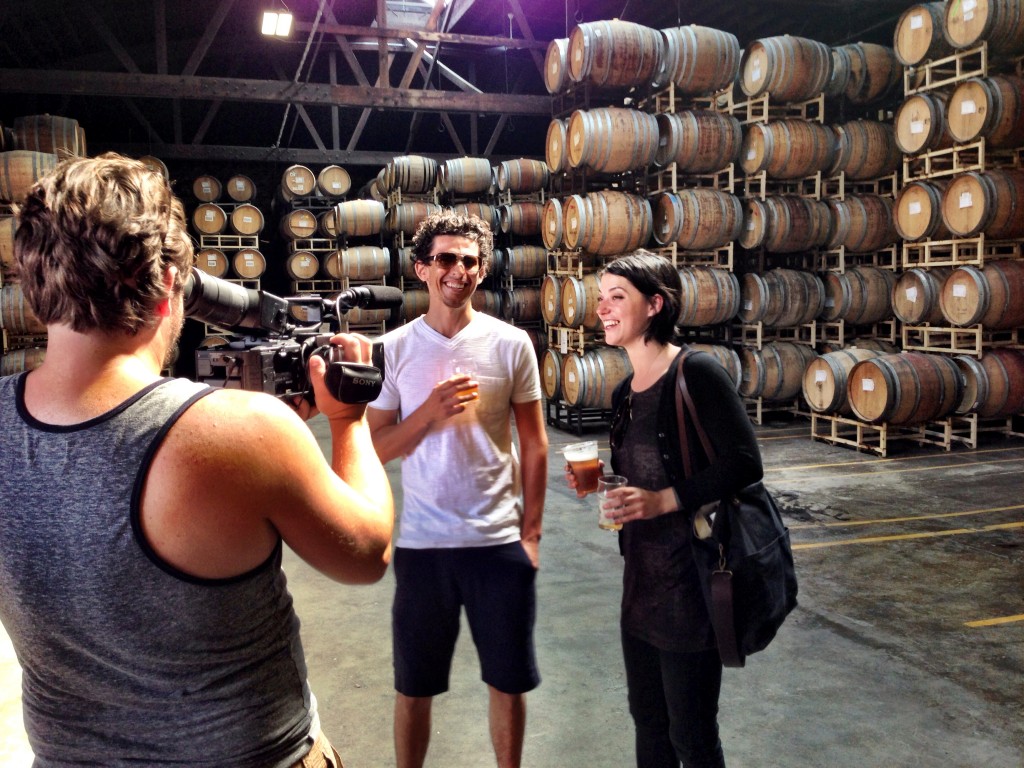 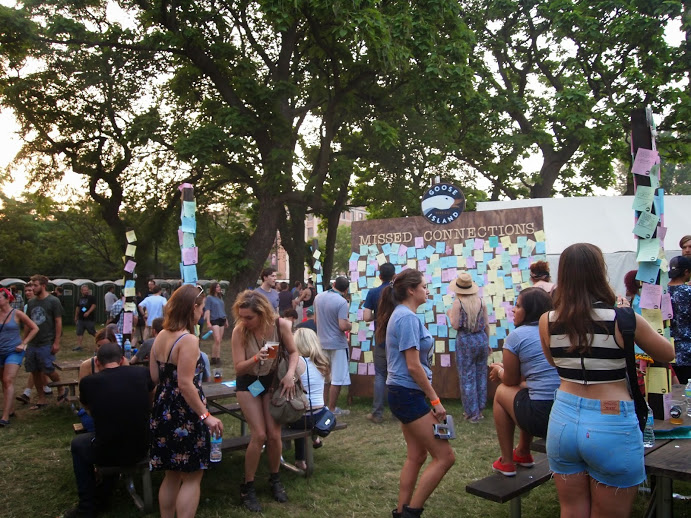 the Missed Connections board was pretty neat. You could use a typewriter to post messages for your friends to connect with * 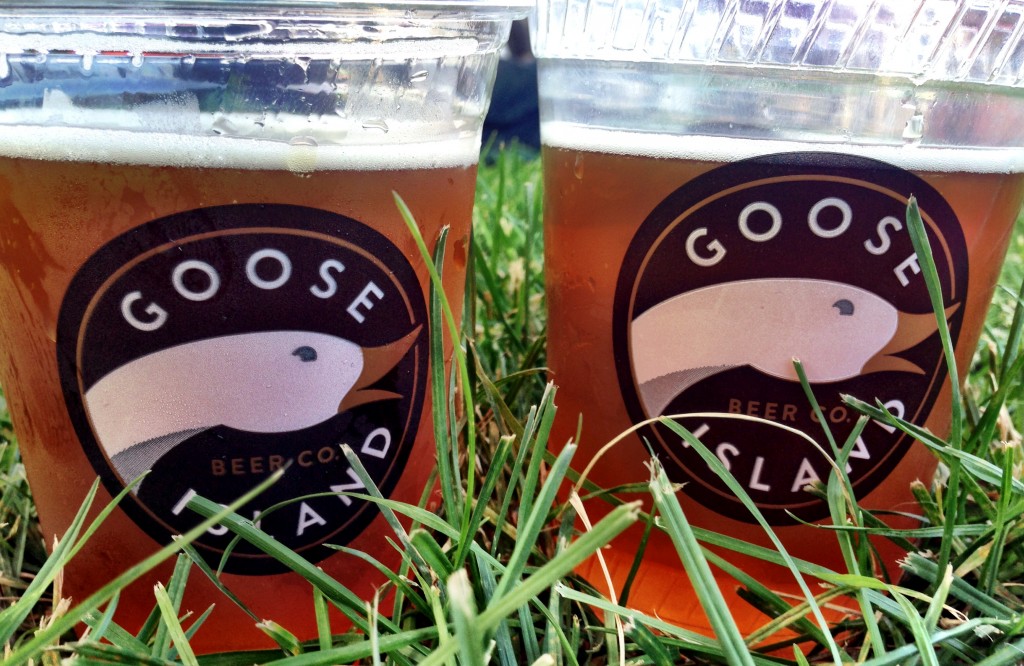