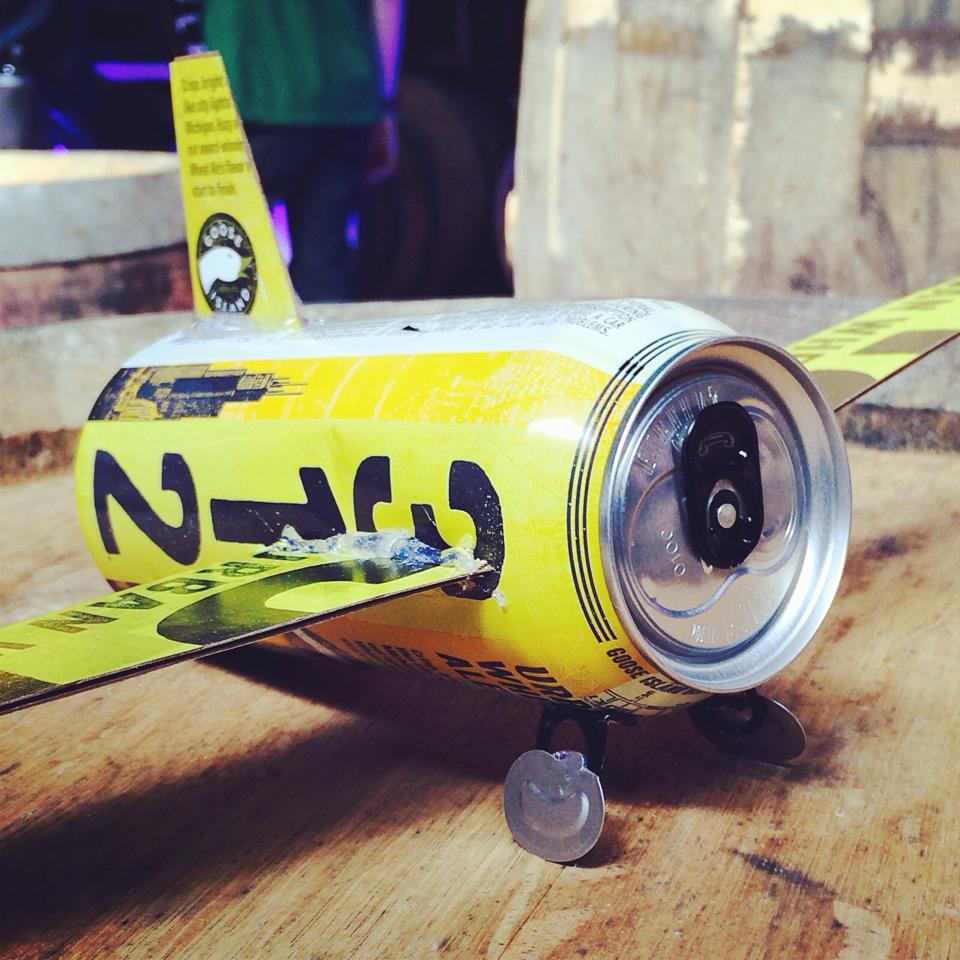 Goose Island and United Airlines announce that 312 will be served on every United flight on the planet. Photo courtesy of Brad Chmielewski of @ChicagoBeerPass

Recently Chicago’s oldest brewery announced that its beer will be served on the 3rd largest airline in North America. Goose Island and Chicago-based United Airlines threw a party in the Goose Barrel Showcase Room to make the announcement. The fun begins starting July 1 on worldwide flights and United’s U.S. airport clubs.

Both GI CEO, Andy Goehler and United Air VP of Food Services, Lynda Coffman were in attendance for the celebration, so was Goose Island Founder, John Hall.  Lynda was dressed in yellow and black, the same color scheme of the 312 Urban Wheat Ale cans. The initial offering will be 312 Wheat,  it’s the company’s flagship ale and currently their top selling beer.

The party was just as exciting,  if not more than the announcement itself. The original barrel warehouse is moving from it’s current location to a 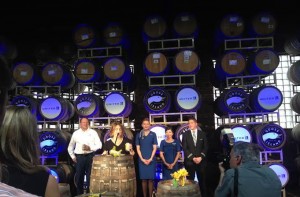 130,000 sq ft space near Humboldt Park, so this is was likely the last time we’ll be there for a big event. At one point this was home to the launch parties for the Fulton & Wood beer series. It’s the draft only, Chicago only program that focuses on innovative brews released in smaller batches. Fulton & Wood beers are still being produced, but the launch parties are now held at Goose’s key retail accounts across the city.

United raffled off a pair of tickets to anywhere in the world. Goose raffled off a basket of barrel aged beers.  The catering was handled by

Publican Quality Meats. Goose Island provided some pretty legit backpacks with beer inside as a parting gift for all attendees…and then there was the taplist.. Check it out.

Endless IPA 5%
Originally brewed as Forcone, a beer created for the Pitchfork Music Festival.
This session ale recipe was tweaked for a large scale release as Endless IPA

Madame Rose Sour Ale 6.5%
A sour brown kriek made with Michigan sour cherries aged in oak barrels for over 2 years with a roselare yeast culture. 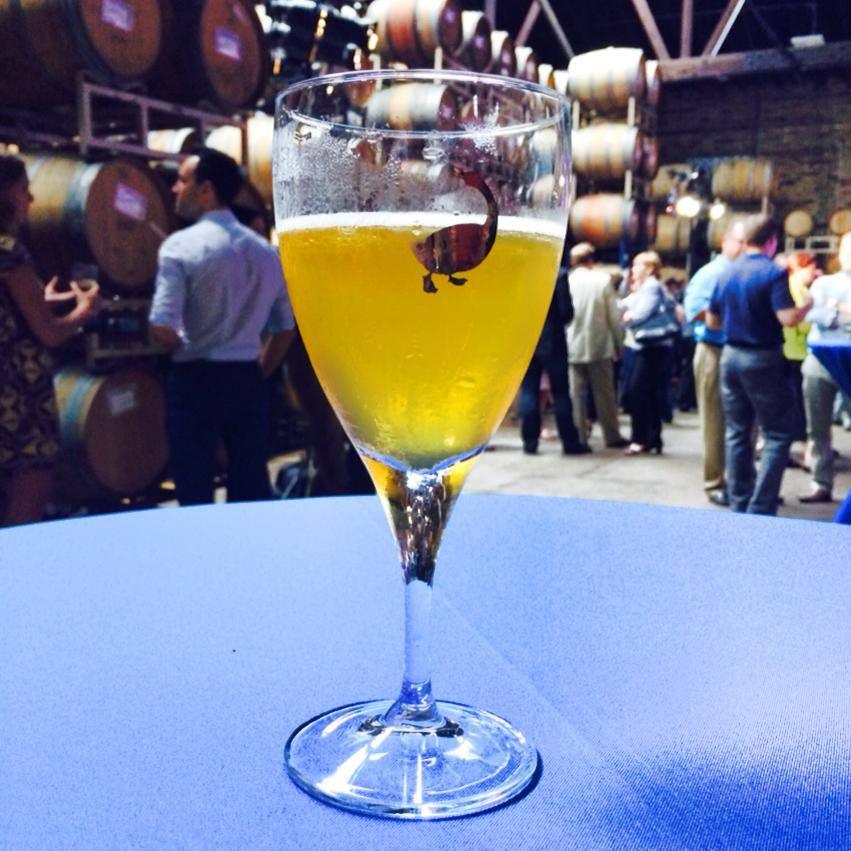