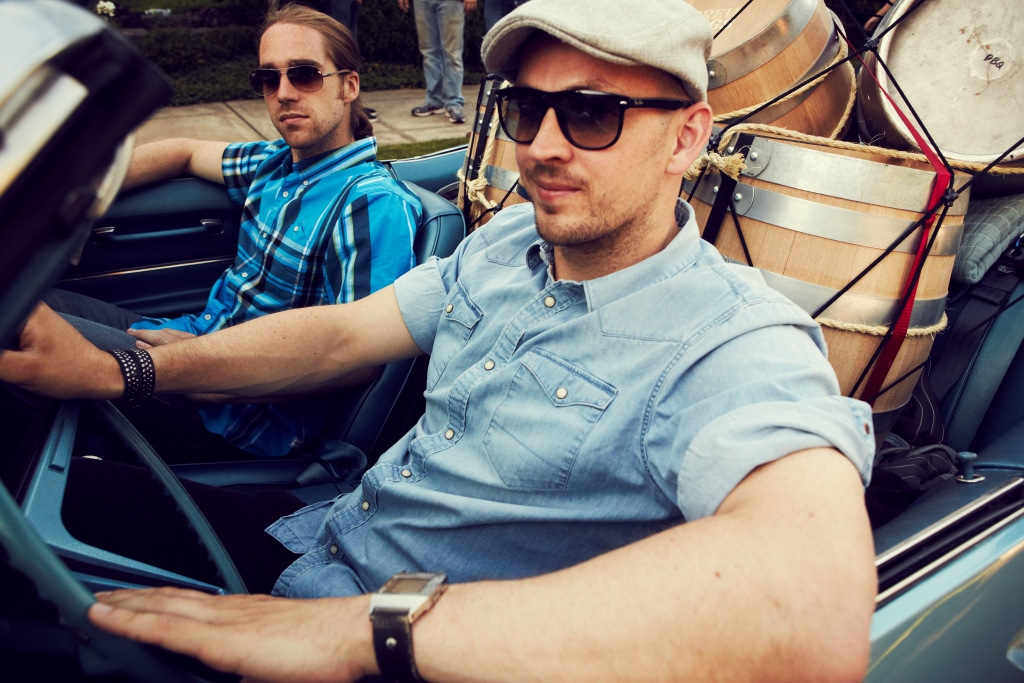 The Revolution will be televised! Usually we don’t discuss national TV shows on this outlet, but this is too exciting to pass up. James Watt and Martin Dickie are founders of the UK’s fastest growing brewery – BrewDog. The duo travel the globe challenging brewers to help them create outrageous beers. The next episode of their show on the Esquire Network was filmed over St. Patrick’s Day right here in Sweet Home Chicago!

The BrewDogs visit Revolution Brewing to create the “greenest” beer ever. Quite honestly I have no idea what that fully means. But they do they enlist the aid of an engineer to build a wind-powered brew system atop one of the city’s high rises buildings.

Revolution Brewing since its inception in 2010 has won 2 Great American Beer Fest medals,  2 World Beer Cup awards and numerous local accolades including Chicago Tribune’s Beverage Maker of the Year in 2013. 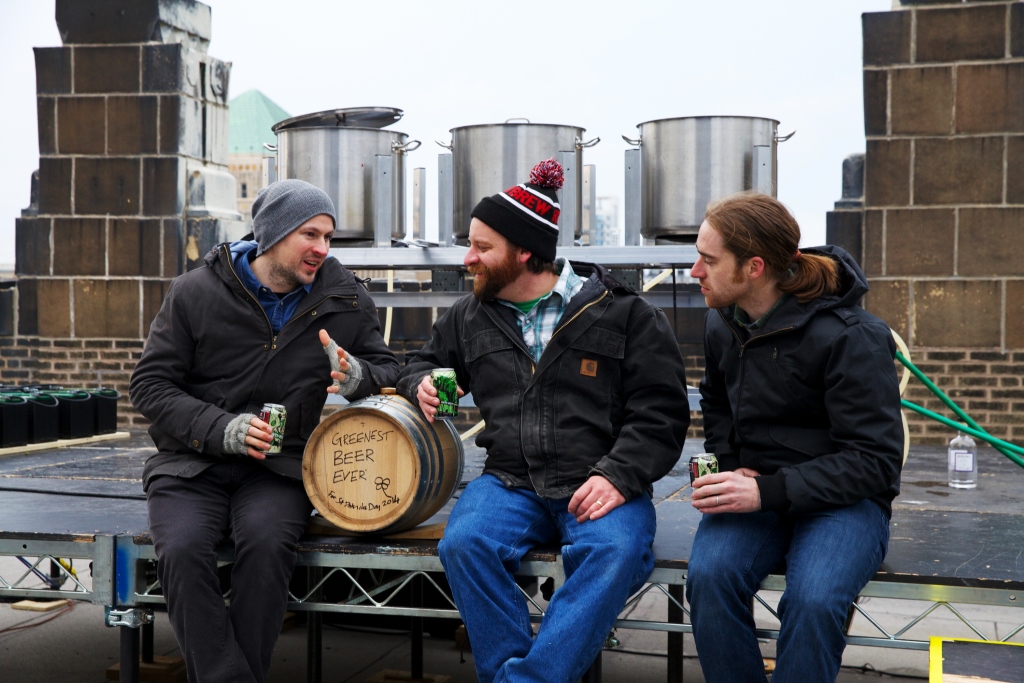 The BrewDogs with the Chairman of The Party! Revolution Brewing Founder -Josh Deth

Our 1st encounter with BrewDog lineup was when we featured both their Tactical Nuclear Penguin and Sink The Bismarck at our very 1st event ever  Chicago Beer Geeks The Midsummer Rare Beer Tasting back in 2011. The Scottish beer maker started in 2007 with 2 employees (and one dog). They now have 224 employees, brew over 45,000 bbls annually and have 13 Brew Dog Bars across the UK.