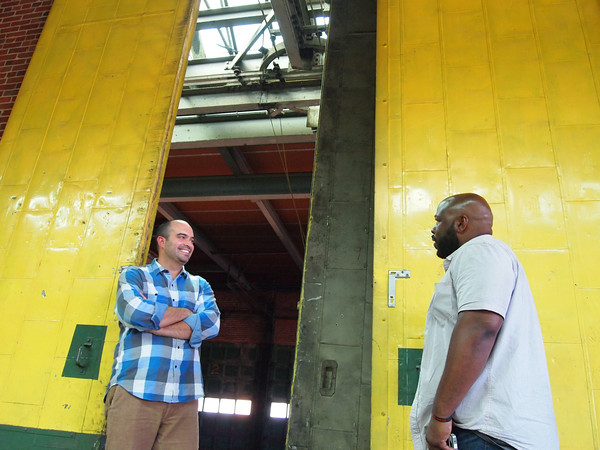 My last encounter with Jared Rouben was at the 2012 Festival of Wood And Barrel Aged Beers in Bridgepoprt. The award-winning Brewmaster was sharing samples of Pretty Brown Eyes and Mayan Gold – a barleywine featuring Oaxacan chocolate and vanilla from his visit to Cope Cerveza Mexico. Jared has always been a friend of the website. Over the years we would watch the insanity that takes place over his beers at events like Belgian Fest and Stout Fest at Goose Island Clybourn.  Getting a chance to sit down and discuss his departure from Goose along  with the brewery he’s building in Pilsen was exciting to say the least. On a Wednesday afternoon my man Joey (illfotos.net) and I payed Jared a visit to get a sneak peek of his new space. Here are some excerpts from that conversation.

Nik: There are many of us that are excited to have you back on the scene. We’re out here in Pilsen, lets talk about why you chose Pilsen as the neighborhood for your brewery.

Jared: It was really important for me to be in the city of Chicago. I moved here a few years ago and have always enjoyed the camaraderie.  I want to be here for the next 20-25 years.  Pilsen is fantastic, it has a rich history of music, arts, food, and now beer. It’s something we want to be a part of.  Every second Friday, if you haven’t been here they open up all the art galleries. You meet a lot of incredibly talented and creative people that come out and converse. 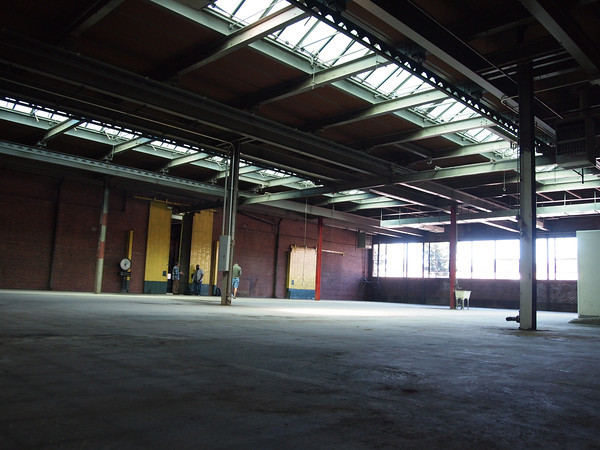 The 9300sq ft space was once home to The Glass Factory

Nik: I applaud the move, it’s a bold step. If we are going to continue to grow toward being a world class beer destination, we need to explore different neighborhoods. After all Chicago is ‘The City of Neighborhoods’.

Jared: I couldn’t agree more. We’re standing in what was once know as The Glass Factory. One of the reasons we chose this space was that it’s 9300 square feet, and that’s before we begin talking about our loading dock. We need to be able to grow. We want people to drink and learn about culinary brewing. This is a great space to do those things in. Not only do you have natural light, but you have high ceilings with windows and there is actually free street parking. You won’t find too many places like that. We are right next to Halsted Street. We’ve got Nightwood, Skylark, Simone’s, Honky Tonk BBQ all near by.  Wentworth from Longman and Eagle is opening a fantastic space down here that focuses on beer and food. We got really lucky, we’re very happy to be a part of this community.

Nik: Previous to this you were Pub Brewmaster at both Goose Island Clybourn and Wrigleyville locations, what did you learn from that experience?

Jared: It was an amazing opportunity. I got to continue to hone my craft from what I did in kitchens, in culinary schools and apply those methodologies to brewing. I refined this culinary brewing style that I have. Which is incorporating more than just malts, hops, yeast and water.  I got to work with great chefs that taught me how to use my ingredients. I got access to great ingredients through markets that were a block away.  I was able to develop some wonderful relationships that I look forward to continuing here at Moody Tongue.  It was an amazing experience, but now I can share those beers with Chicago and not be limited to one keg or just coming to the brewpub to taste our beers.

Nik: Here you’ll be brewing on a completely new system, I’m sure it’s different from what you had at Goose.

Jared: We have a custom made DME 20 barrel system. They listened to our concepts. What I do with fruits, coffees, different chocolates, etc.  We focus on infusion sometimes and maceration techniques. This is system built for our style of brewing and I’m super excited about that. 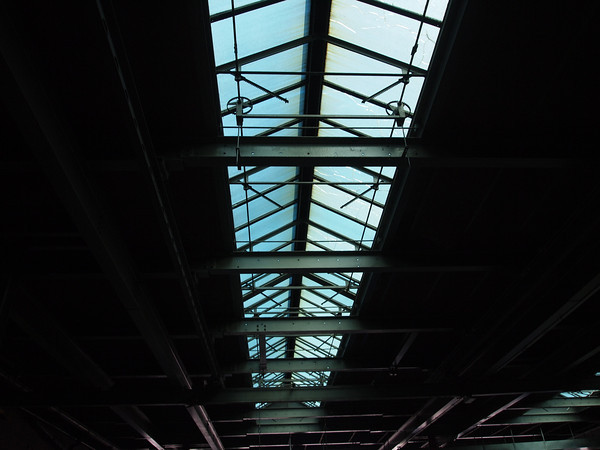 Nik: Does the concept for your space include a kitchen or a taproom?

Jared: The location will have a space known as the Innovation Room. I can’t call it a kitchen, but it’s where we will work on spices and fruits. Brewers can go there to experiment and learn about how we get the most out of the ingredients in our beer. We are dedicating a space in our brewery where we can explore.  There will be that as well as a tasting room. We will have beer dinners, tastings and who knows maybe even someday a farmers market. But one step at time, right now our primary focus is to make delicious beer…period.

Nik: Give us a sneak peek of some beers we may see on the the menu when Moody Tongue Brewing opens its doors.

Jared: Not to say we’re going to open up with a specific beer, but an example of a style would be a Brandy Blackberry Belgian Dubbel or a Gingerbread Chocolate Milk Stout.

Jared: Nik, these are the things that I love to create. For me, if I mention an ingredient to showcase, I want you to know that it’s there.  But at the end of the day everything has to be balanced. We never want to lose the integrity of the beer. It’s nice to put other ingredients in beer….but at the end of the day you’re still making beer. These beers take the best of both worlds (brewing and culinary). But it’s important that they meet in the middle.

Jared: We hope to get into barrel aging as well, that’s one of my favorite things to do.

Nik: But of course.

Jared: My business partner Jeremy and I have a tradition. Every Thanksgiving we go down to Kentucky. We take the trip every year, it’s setup by grandma. We go visit different distilleries, from now on we plan on bringing barrels back from those distilleries….we just need to tell Grandma that we’re doing more than just tasting this time. 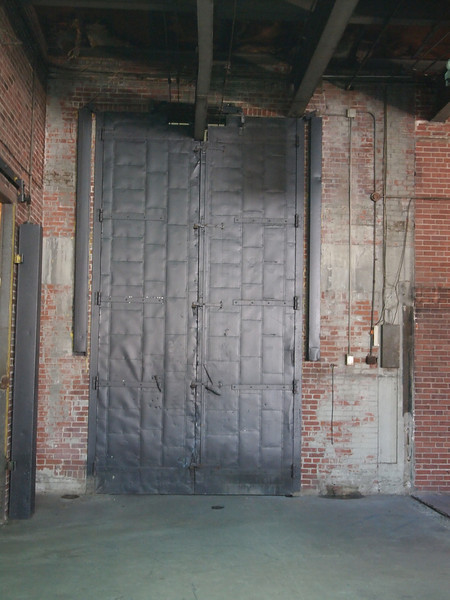 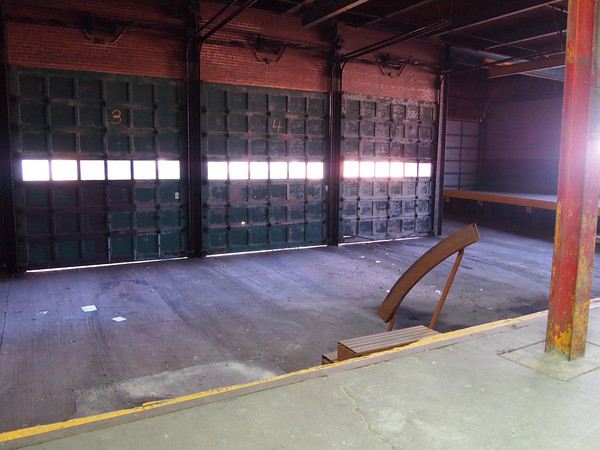 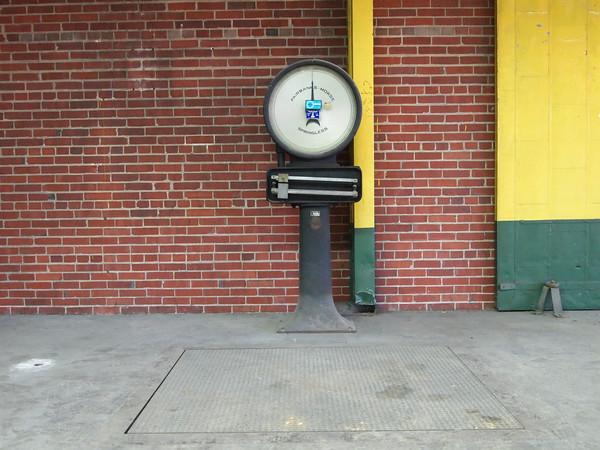 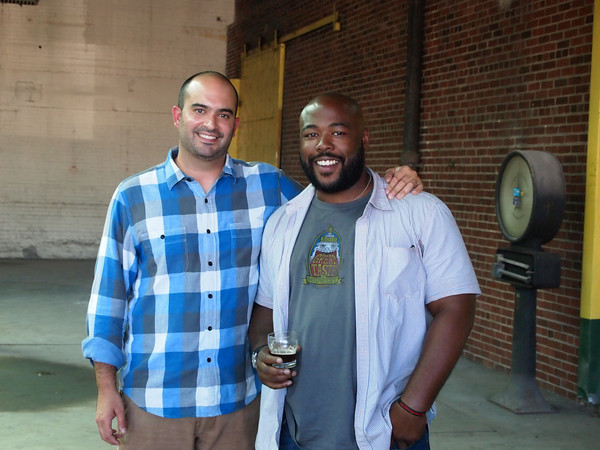