Home Events The 27th Annual Great Taste of the Midwest

The 27th Annual Great Taste of the Midwest 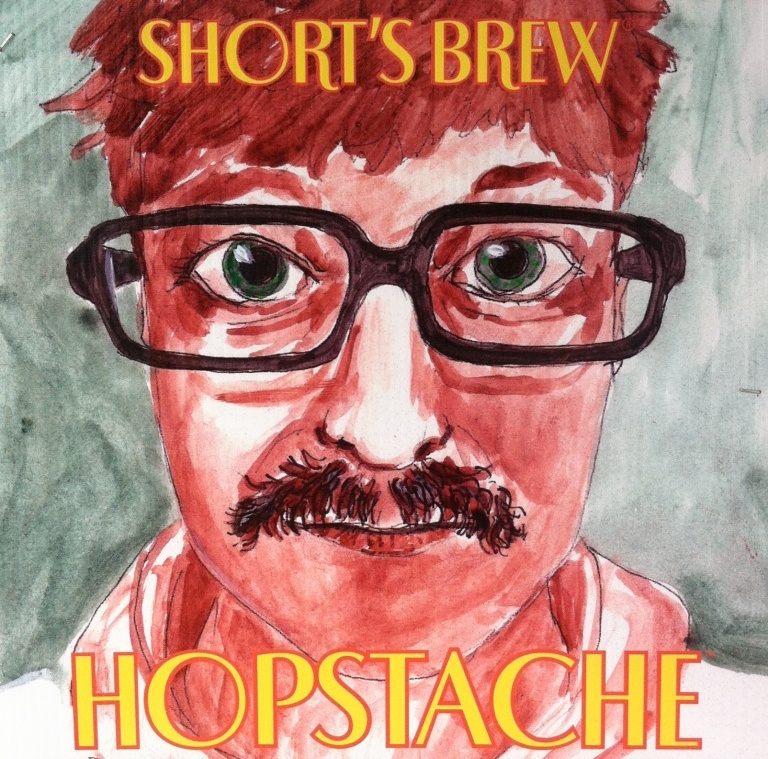 My friend said it best about Wisconsin. They don’t have the big, international city but they do have a nice collection of small towns where you can have a kickass time. The peak of the summer for most Americans is around the July 4th weekend. But in the local beer scene the month of August is the apex, and no weekend is more impressive than this one.  Pre-Great Taste parties got started as early as Tuesday for the Saturday afternoon event. 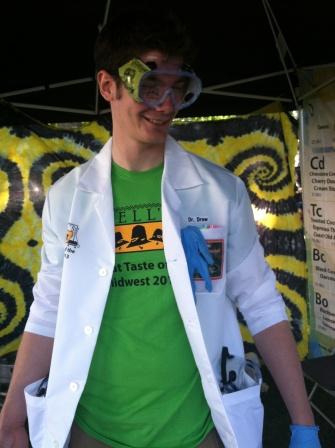 Dr Drew up to no good at the Bells booth serving some odd palate wrecking samples and enjoying the reaction entirely too much.

With a new festival seemingly popping up every week during the summer months, it’s nice to see an event that refuses to compromise quality for ticket sales. Even nicer than that is seeing Nick Floyd and his brewery next to Jonathon Cutler and his..and oh look Dan Carey from New Glarus is in full lederhosen right behind those guys pouring his instant classic- Strawberry Rhubarb.  This is the big show, the event where only breweries within 500 miles of the Wisconsin state capital are in attendance.  In addition to the 9 food vendors and 16 musical acts many breweries adopted highly entertaining themes at booths located at the end most tents. Revolution came equipped with an entire skate park complete with members of the Bluetown Skateboard Company. Central Waters brought the largest game of bean bag tossing I’ve ever seen. No seriously, the boards were 8 feet long and the bags were the size of large pizza boxes. The accessory of choice for many on the day were the beer goggles provided by the good folks at Bells Brewery. Their theme of a chemistry lab came complete with beer samples in beaker tubes, along with professors in lab coats with names like Dr. Feelgood and Dr. Drew.

The 25 -year club members Goose Island and Lakefront Brewing setup next to each other. Lakefront provided the funk with a Silent Disco and dance floor while Goose simply brought the pain. They setup a blending station for sours, and brought an insane collection of Bourbon Country Stout variants including Cherry BCS, Coffee BCS Diablo and Violet Hour Manhattan BCS. The latter got its name when Goose gave The Violet Hour a Bourbon County Stout barrel to age Manhattans in. When it was finished they gave the barrel back to Goose who then filled the same barrel with BCS again.

The unsung hero of the fest is the Real Ale Tent. Nearly every brewery at The Taste has at least one entry that goes in a cask for that tent. This is where you can find gems like the Prussia Berliner Weisse with fresh pineapples from 4 Hands Brewing,  and the Thank You Berry Much Double Penetration Porter by Kuhnhenn. Wineries got in on the act this year as well proving an array of ciders,  meads and cysers  to compliment the festivities. White Winter Winery, Bos Meadery, Appletrow Winery and B. Nektar showcased over 20 beverages between them. Here is description of the Raspberry Ginger by B. Nektar – ” Style: Mead. ABV:6.0. Guess what’s in this one…. That’s right! Raspberry, ginger, and honey. So delicious. If you’ve read this far, you should just get your ass over here and try them all. :)”

Not sure there is anything I can say about this party that hasn’t already been said. It is simply the standard by which outdoor beer festival excellence is measured. 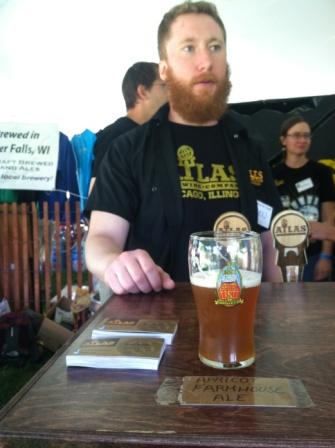 While everyone else was still setting up, these guys were pouring. The 1st sample of the day. The Francis Gin Barrel Aged Saison by Chicago’s Own Atlas Brewing 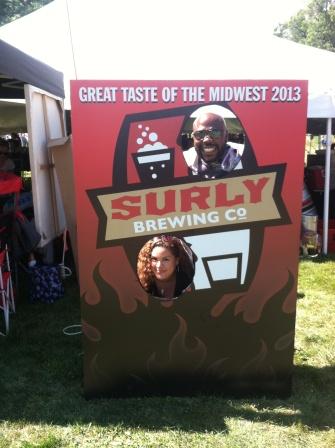 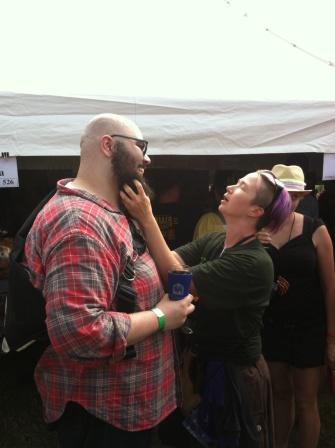 ladies from the Real Ale Tent couldn’t get enough of @omfgroflcopter and his beard. 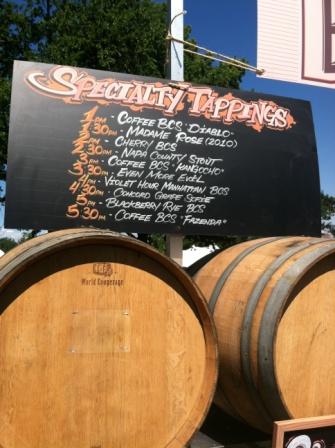 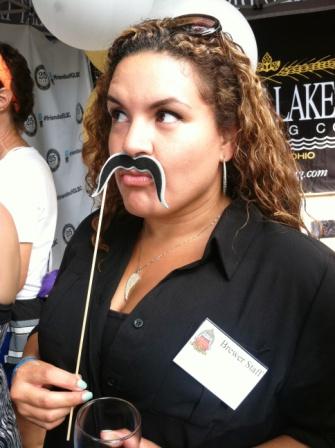 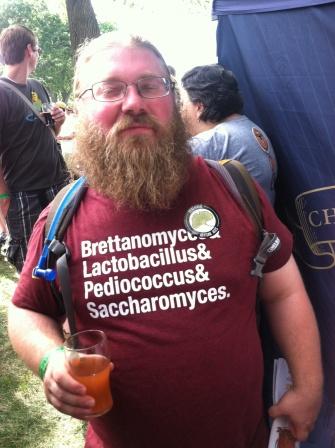 coolest t shirt of the day probably belonged to this guy 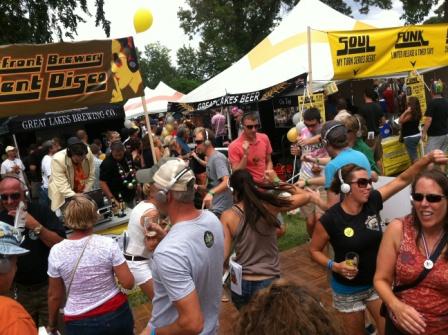 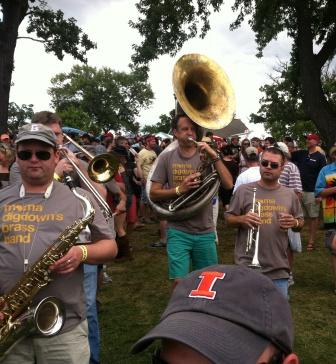 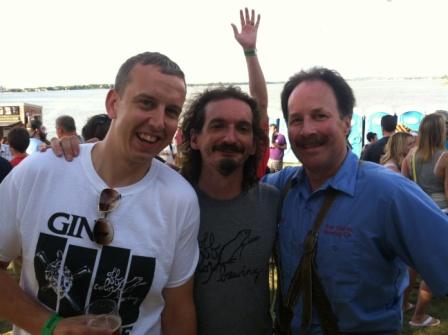 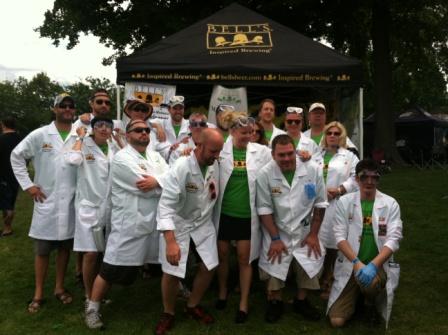 The Blackberry Lemon Oarsman Ale from this crew was awesome. Bells Brewing 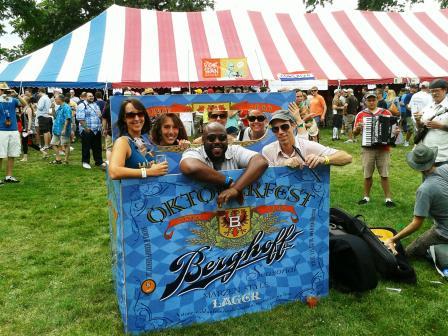 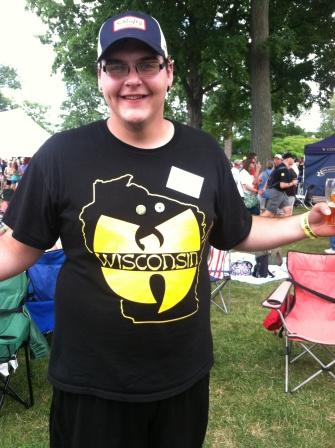 Great Taste 2013 was quite the groove and one helluva party. Until next time, Wisconsin