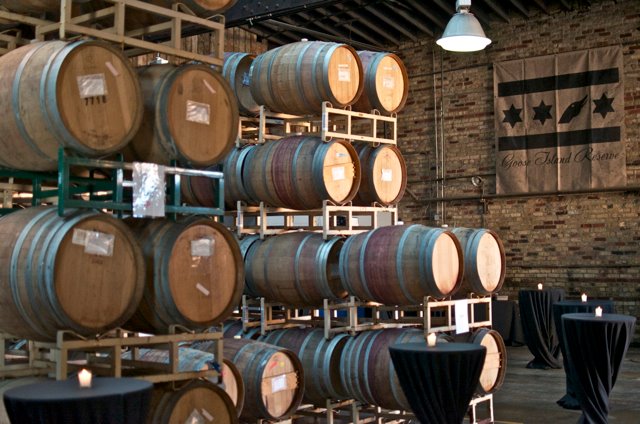 There’s a movement going on in West Town, Chicago. A collection of brewers producing beers in limited quantities only for the Chicagoland area, and only on draft. The Fulton & Wood Series at Goose Island focuses on innovation, creating beers released every other month that represent the brewery in a way that’s completely different from their offerings you find in stores.

En Passant is an English Mild Ale with rye, blood oranges and orange peel. The inspiration behind this project is that they wanted to make a beer that paired well with a shot of rye whiskey. The release party this week at their Barrel Showcase Room included samples of the Prohibition Era Whiskey -Templeton Rye. 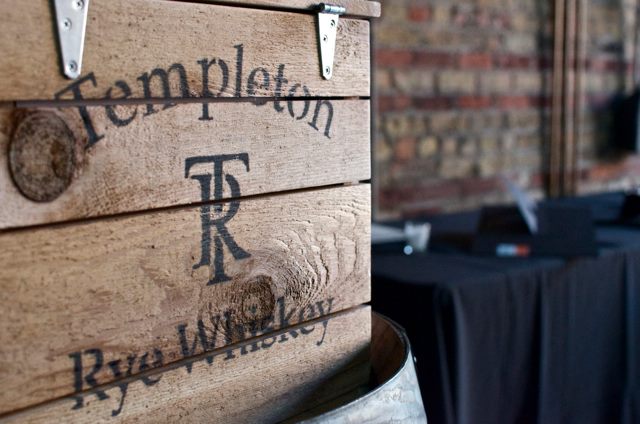 En Passant: an english mild ale 4.3% made to pair with rye whiskey

The story goes that Templeton Rye was  Al Capone’s whiskey of choice. During prohibition he would have it shipped in from Iowa and in his circles, it was simply known as  “The Good Stuff”.  The whiskey is also very popular amongst craft beer enthusiasts. In fact, Haymarket uses its barrels to age a variation of their Indignant Imperial Stout. Many in attendance enjoyed Templeton followed by a sip of En Passant. There were some who decided to just blend the two in their glass, either way the combination was spot on. The whiskey definitely amplified the spicy rye notes of the beer in a way that was both pleasant, and notably smooth. 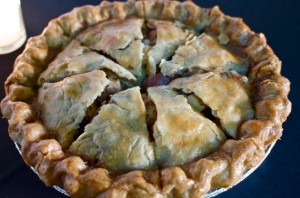 You can’t have world class beer and whiskey pairing without awesome food. The good folks over at Hoosier Mama Pie catered the affair with a meat pie so delicious you would kick someone’s dog for a slice. Copious amounts of meat, apples, potatoes , sage, creamy mustard and spices filled a flaky pastry crust. Calling it the best meat pie ever would be an understatement. Even though their website says they are closed on Mondays, there were still over 20 of these hot, fresh pies in boxes for us to enjoy.

But back to the beer. I thought it was elegant in a very understated manner. The orange peel and rye notes were present in a way that was simple, yet created a beautiful harmony. I love the fact that session beers are in vogue, a trend that I hope continues.  A style like the English Mild is perfect for a Monday night. It’s pleasant and distinguished, without being boring- very well done.

An added bonus was that the beer was served in a cocktail glass, and the presentation was remarkably attractive. I hope bars around the city use that same glassware. It’s a bubble glass similar to the one they serve in the pub at 3 Floyds on Dark Lord Day.

I got my poster signed by the 3 brewers responsible for En Passant – Joel Becker, Keith Gabbett, and Claudia Jendron. I know Keith from being the man behind one of my all time favorite beers – Scully (a wickedly delicious, white pepper and strawberry saison).  Claudia was nice enough to give me a heads up about how awesome this beer would be when we shared a conversation during Day Of The Living Ales at Goose Wrigley this year. Cool Joe got the impromptu autograph session started by drawing everything from bow and arrow, to beards, to beer goggles on his image when signing posters.

By now you probably know that En Passant is a French term (In Passing), and it also refers to a chess move.  There is only one chance to execute the move in a given game before that chance is lost.

This brew, sunset in color made with four different hops and three malt varieties, is a session beer that delivers without compromising style and comes equipped with loads of  pleasant aroma in the profile. It’s a limited release you wont want to pass up, brought to you by a crew that takes pride in being at the intersection of brewing and innovation- The Goose Island Beer Company from Chicago, Illinois.

Joel, Keith and Claudia.. the team behind En Passant