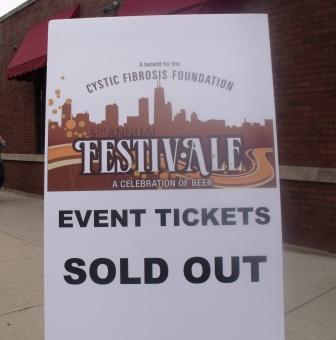 In many ways the reason we started the website was for events like this one. It was a moment  where all my favorite things came together. The best breweries in the city, some of its most creative chefs, a silent auction, a crowd filled with pretty ladies, a benefit for a charitable cause, live music and a taplist loaded with brews I rarely ever see ..all at a steakhouse! The 5th annual Festiv-Ale: A Celebration of Beer was quite the treat in West loop. 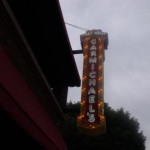 If you’ve never been to Carmichael’s Steakhouse it has a very classic Chicago vibe to it. There are 3 private dining rooms and a beautifully landscaped courtyard that leads to The Warehouse, this is where the 750 person guest list partied for Festiv-Ale. Its space that’s been used for everything from weddings to Johnnie Walker tastings.  As soon as we landed we valet parked, made our way past the marquee sign, through couples enjoying outside dining on a late summer evening and to the carpet lined party space for tasty brews.

One of the things I loved about this event was the top notch food options on display. Leading the charge for me were the food/ beer collaborations by both the Greenbush Brewing Company and 5 Rabbit Cerveceria. We paired petite St Louis style brisket sandwiches and apple cupcakes w  Terminator X ( an American strong ale made w/ black strap molasses) This delicious combo was the brainchild of City Provisions Owner Cleetus Friedman who visited Greenbush to make this combination happen. The guys from 5 Rabbit had 3 pairings for the crowd and also took home the award for favorite brewery on the evening. With an assist from River North’s Nacional 27 they provided 3 beer food/ pairings,  including BBQd tiny lamb tacos topped w/ organic agave & avocado salsa  paired with 5Vulture Oaxacan Dark Ale. 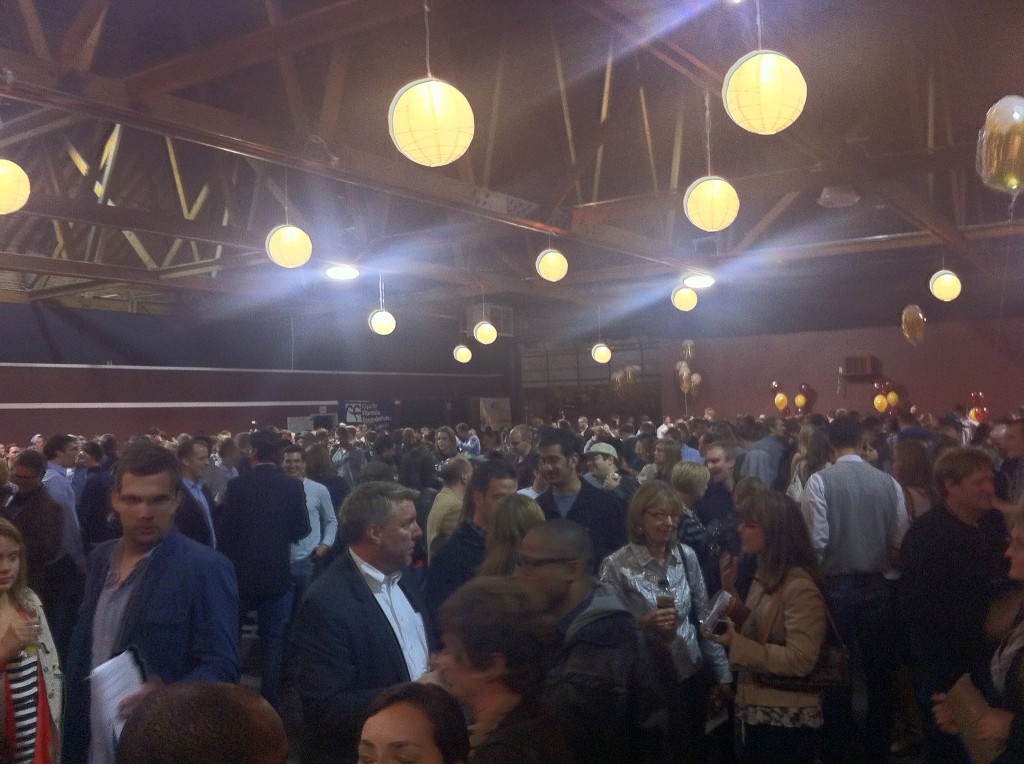 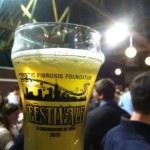 Goose Island brought one of my all time favorite beers Vanilla Bourbon County Stout (retired) to the party, along with cult favorite Gillian ( a strawberry and white peppercorn saison ) Tom Korder-.G.I. Brewery Operations Manager also gave a speech about the history of barrel aging and how homebrewing in Chicago influenced the creation of the the original Bourbon County Stout.  One beer that caught us a bit off guard was The Big Eddy Imperial Stout from Leinenkugel. When my partner in crime CBG Dan offered me a sip and said it was a stout from Leine, I honestly thought he was joking.  I kid you not it was a solid offering from the Wisconsin crew.  We had fun over at the Hamburger Mary’s booth, the creamy, roasty goodness of their Peanut Butter Porter was one of the evening’s highlights.

I was pleasantly surprised to see they were food options from no less than 9 restaurants total in attendance. Live music from acoustic guitarist Megan Jessan & rock group Sweet Package cranked out hit tunes from several decades (the acoustic version of Michael Jackson’s Dirty Diana might have been my fave) This event was a benefit for the Cystic Fibrosis Foundation of Illinois. It was nice to see a young man living with CF speak for a moment about his life and, what it meant to him to see so many in attendance to support this cause. The silent auction was a beer lovers dream. Custom hand blown glassware from Stone Brewing Company,  a magnum of Chimay Blue , brewery tours, tickets to several local theater plays were just a few items up for bid. 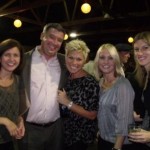 The crowd at Carmichael’s wasn’t  the one you would typically find at a beer event. The Warehouse brought out a welcomed component of gents wearing sport coats and ladies dressed for a fun friday evening on the town. These elements were..refreshing to say the least. So much so HopCast Ken commented shorty after the event ” Festiv-ale wins for hottest women at a beer fest ..ever!”  Other highlights for us included the Cherry Ale & The Golden Promise (Brickstone) The Friends w Benefits Ale ( Limestone) Crown Brewing from Crown Point, In had a tasty Root Beer and a very good Pumpkin Ale on tap. Stone reps poured the insanely delicious 15th Anniversary Escondian Black IPA & Flossmoor Station delivered the goods w Panama Red Ale and  Kyra- a barrel aged sour  on cask! 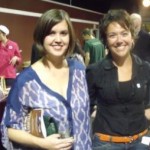 We cruised between the warehouse and the courtyard for much of the evening, sharing laughs with fellow beer journalists and friends taking photos to capture the last moments of summer 2011.  Festiv-ale was billed as an event For Beer Lovers, By Beer Lovers and, it certainly lived up to the hype. We even ran into Haymarket Owners John Neurater & Pete Crowley who took time to pour one of the few beers I went to multiple times on the night – The Angry Birds Rye IPA.

The evening ended with guests exiting with take home bags that included treats like bottles of Duvel and Gooose Island 312. I said my goodbyes, not before a Lagunitas rep made my night by putting aside one of their posters for me. We sat under the moonlight in the courtyard w/ friends old and new, accompanied by eats from White Castle provided by the staff and admired what a great job the CF Junior Committee had done.  After all the taps shut down for the night, samples of the newly released Zombie Dust from 3 Floyds  somehow made their way quietly around in the glasses of a few lucky guests that remained.

What a night…great way to end the summer. 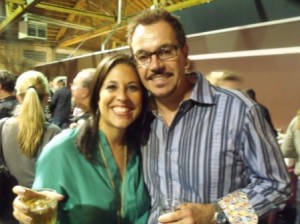