Home Around Town This Goose’s For You!

This Goose’s For You! 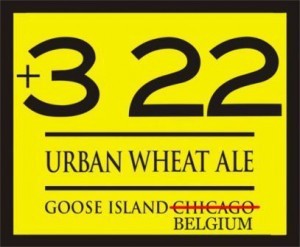 As you have probably heard by now in a move that surprised few but disappointed many, the mighty Goose Island Brewery announced this morning that it was selling the 23yr old  Chicago institution to of all people… Budweiser. GI is the largest Illinois based craft brewery producing over 127,000 barrels last year with a market that included 29 states & 4 foreign markets.  In most circles it was a known fact that GI was already in bed w/ Anheuser Busch as they brokered a distribution deal with the St Louis boys in exchange for minority ownership back in 2006. There’s a small difference this time around as the head brewmaster (and son of the founder) Greg Hall is stepping down as part of the 38M$ acquisition.

For the record let’s be honest A-B has not 1 awesome beer in their lineup and they have a rep of buying smaller brands and making widely available cheaper versions of the original recipes. Leffe is a Belgian brand founded in the 11th century. Since they became part of the A-B umbrella they now use corn in their Leffe Blond, you think Belgian monks used corn to make this beer before? Let me help..the answer is hell no! Goose Island is one of my favorite breweries, they make beers that often don’t fit it any category, you could argue they are the most important brewery in Chicago history. They practically invented the art of barrel aging beers, their Farmers Market series features locally grown ingredients to make unique collaborations featured at the pub every week. Fruits, spices, techniques that changed the way the average consumer views what beer can be. Sophie is aged in wine barrels w/ orange peels for example. Beers like Scully, Minx, Dominique & King Henry pub / festival only offerings had a following like nothing we’ve seen before around these parts. The initial response is that why would Chicago’s craft beer sellout to some lames from St. Louis known for making beers that suck?

Secondary reaction is if somebody offered you what ends up being about 23M$ what would you do? HopCat: the Michigan based pub ranked #3 in the world last year immediately announced it would quit selling Goose Island products. I personally say let’s take the wait and see approach to the changes. History doesn’t look good for those who like things just the way they are. For many of us it was a bit more than just a beer company, Goose Island is named after a neighborhood in this city and in many ways stood for the things we love about craft beer. A crew of guys who collaborate w/ local chefs to make fun beverages, hosting events that paired awesome cuisine & artisanal cheeses  w/ beer providing a level of sophistication. Well respected brewers who were anti corporate and care mainly about innovation and bold flavor. The deal for now doesn’t include the two popular brewpubs (clybourn & wrigleyville) where you can find most of their unique offerings. However all bets are off as to what the future holds with  a greedy corporate  out-of-state team  in charge of the brand.

Small breweries are growing at a clip of 11% per year and the big companies are not. Its the world we live in, this was bound to happen. I salute anybody who can pocket over 20$ million dollars doing something they love ..doesn’t mean I have to like it. 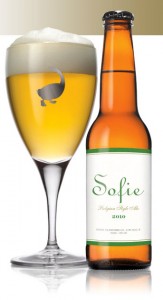