The Art Of Breaking All The Rules: An Evening w Stone Brewing CEO Greg Koch 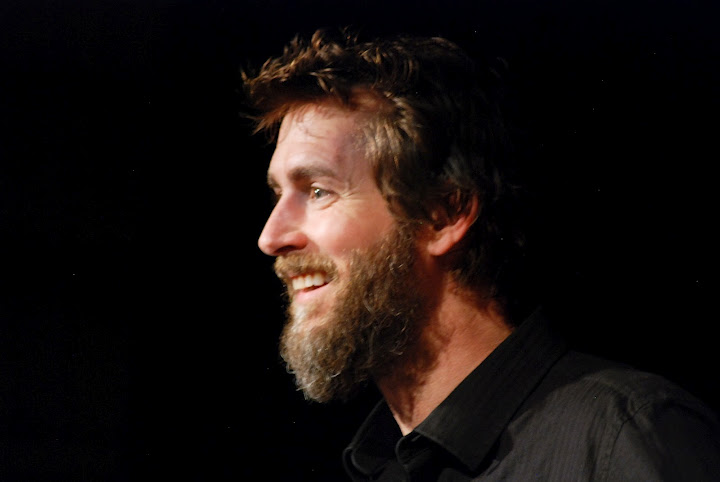 When I heard that one of the country’s highest rated craft breweries was hosting a beer symposium in the far north burbs, I actually thought it was a joke. In fact our Facebook page initially marked the post as spam on our wall, and automatically hid the entry. 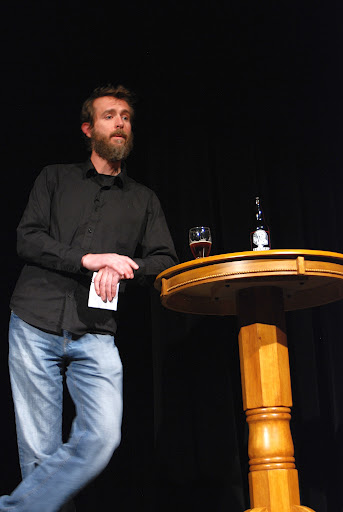 "I was writing what I felt, and was sticking it to the fizzy, yellow beer drinkers...they had it coming!"--Greg sharing his thoughts on the Arrogant Bastard Ale label text.

Aside from being a benefit for the Round Lake Area Library, this event was a Q & A with one of the most outspoken voices in all of craft beer- Greg Koch. The Stone Brewing Co Founder & CEO was in town celebrating 2 years of Stone being distributed in Chicago. The Windy City is Stone’s 8th largest market, during the visit he spent time hitting local breweries (sampling Vanilla Bean Aged Dark Lord at FFF and Big Hugs at Half Acre). Greg also used his visit to sign copies of his book, as well participate in “Solidarity : A Celebration Of Craft Beer In Chicago”.  Solidarity was an unprecedented 50+ beer invasion of amazing Stone beers, taking place at both Timothy Otoole’s locations (Chicago & Gurnee)

The Stone Brewing philosophy is simple- Be Amazing.  The brewery sits about 35 mins south of downtown San Diego, it is the 3rd most visited destination in North County San Diego! Stone IPA is the oldest , longest running, full time, west coast IPA on the planet. The message during his speech was clear-be bold, take pride in what you do and everything else will fall into place. The quote he used a few times was “when the American public is faced with great options, they make great choices”. Thinking differently, challenging conventional wisdom, and doing exactly what they want are values they take seriously.

This Southern California crew has gone from giving away their beer for small donations 15yrs ago, to giving away over 1 million dollars in charity for local non-profit causes in their home state. Along the way they have created an iconic brand that never sought to fit in, yet now has over 100 distributors in 36 states.

Greg is an interesting guy, it was pleasure seeing his passion for beer culture on display. He attributes Stone’s ability to capture the imagination of beer lovers in part, to the synergy created when working with other craft breweries.  Whether its forming an alliance with Victory and Dogfish Head (BUFF-Brewers United for Freedom of Flavor), or carrying 32 different craft brands through Stone Distributing-  working collaboratively in the craft beer world is a large part of their success. 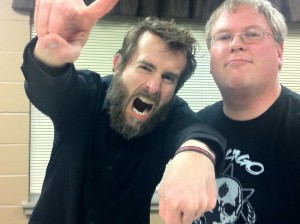 The future for Stone is very bright. The company has an aggressive project plan scheduled for the next two years.  Greg and company  plan on doubling their production space by installing a packaging hall and, a co-brewhouse adjacent to their existing facility. They will also be opening a location in downtown San Diego at Liberty Station ( an old naval training center) that will serve as a 23,000 square foot brewery & restaurant with a 10 barrel brewing system!  Directly across the street from their current Escondido, CA location will be the Stone Hotel, an event space with barrel-aging capacity and 48 hotel rooms. All the rooms will feature a 5 X 14 balcony that  opens completely via a push button door showcasing beautiful views of nearby mountains.   Greg assured the crowd “Don’t worry,  there wont be check-in desk you have to mess with,  you can get your hotel key from the bar.” 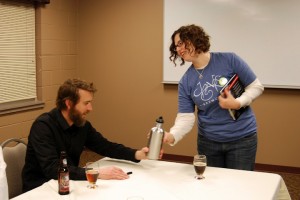 The event at the  Round Lake Beach Cultural Center might not  have been possible without the Lake Forest Bookstore.  The story goes that the store served in an advisory role, sharing best practices on how to increase books sales. When Stone Regional Sales Rep – Aaron Tyrell was looking for a place to host a beer symposium, the bookstore suggested the Round Lake Beach Cultural Center. For many of us the evening served as a wonderful excuse to escape the city lights, and enjoy an event in the suburbs for a change. The staff couldn’t have been nicer.  Facility Manager Monica Marr and company were gracious hosts, ensuring full pours of Stone beers flowed for attendees.  The Civic Center even played selections from Metallica’s 1991 classic ‘The Black Album’ as we entered the auditorium.

photos courtesy of Nichole Watson
The Round Lake Beach Cultural  & Civic Center is an indoor/ outdoor events space with a banquet room and theatre seating for over 500 ppl for more info be sure to check out their website. 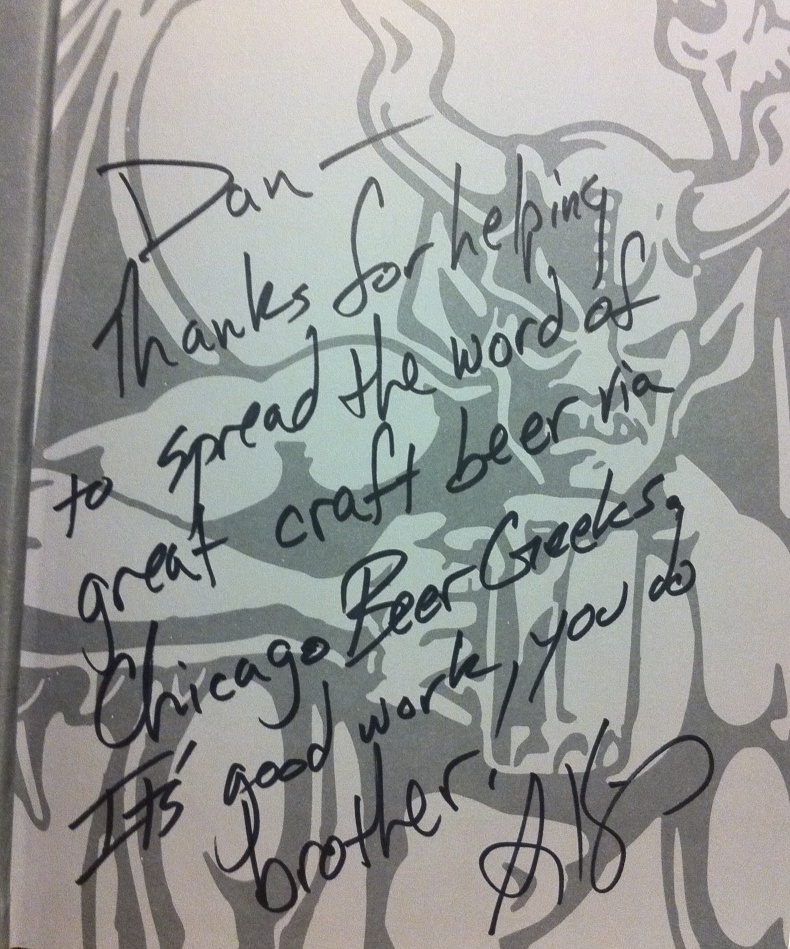 a note from Greg