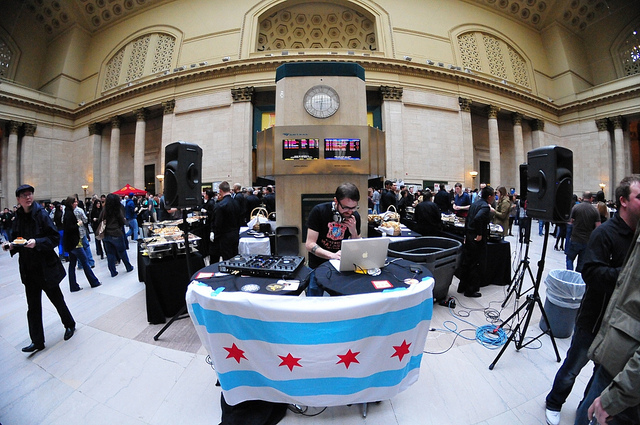 Did the Chi Beer Festival suck? That was the 1st question many of my friends asked me this past weekend. Is it a candidate for my annual list of the 12 most awesome beer festivals in Chicago? …probably not. It may have been less than optimal for craft beer fans, but as a beer event it was actually a really good party. The “Beer Me, Bro!” crowd was in full effect, which was to be expected when you saw the list of participants. (Shock Top and Modelo? WTF!!) Although I personally don’t consume those beers, the mass produced brands were side-by-side with some very impressive local beers. I tweeted from the evening session “Shout to Wild Onion, 5 Rabbit, Argus, Pipeworks, Strange Pelican, Rock Bottom Warrenville and Goose Island… they saved the Chicago Beer Festival!” 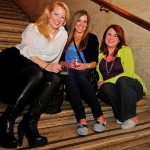 Drink.Eat.Play is a California based events company known for throwing everything from BBQ Fests, block parties and cupcake challenges, to beer festivals in LA and San Fran. Their events are all-inclusive affairs that focus on hosting parties in America’s coolest towns. The location of Chi Beer Fest was the  iconic Great Hall at Union Station. This is where my daily commute to the burbs begins, so there was no way I was going to miss a party at this Chicago Landmark. The scenery was gorgeous, as this is one of the most beautiful indoor spaces in the city. Vaulted skylights, marble walls with large Corinthian columns… classic Chicago. I’ve attended graduations and whiskey tastings in this space, but this is the most fun I’ve ever had there.

Instead of focusing on what was missing from this shindig that drew 4000 beer drinkers over 2 sessions, I will focus on things I thought were pretty  awesome.

Bulldog Brewing Company Black Wheat – This brewery from Whiting , Indiana just 9 miles southeast of Hyde Park, impressed with a  big, roasty Dunkelweizen. When we bumped into my buddy Lance, we asked what to try and this was his 1st suggestion. Good call!

Wild Onion Summer Wit – One of  the most underrated breweries  in Chicagoland.  6pks cans of their beers can be found in most Whole Foods locations.  This beer made with lemon zest and coriander was one that my pal Tim Sarrantonio and I had repeat samples of at the fest. 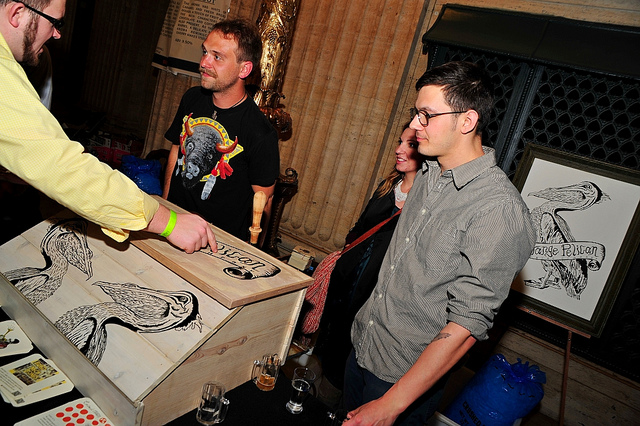 Lakefront Brewery Fixed Gear American Red – Word on the street is they have the best brewery tour in Wisconsin… hands down. The Fixed Gear was so popular, they ran completely out abt 40 mins to close. The guys were cool as hell, offering us (the lovely ladies from Chi Festiv-ale and myself) samples of their Wisconsinite hefeweizen from a nearby growler.  We also all witnessed party-goers taking bets on who could dive into the ice buckets as we  shared conversation long after their booth was closed.

5 Rabbit Huitzi – Brewed with hibiscus, chamomile and honey. One sexy beer, deceptively strong without tasting at all like a 9% beverage.

La Trappe Witte Trappist by Bierbrouwerij De Koningshoeven- One of the 1st Belgian ales ever produced. Brought to the fest by our friends over at Artisanal Imports. No spice, no fruit just a wonderful, classic Belgian Ale. 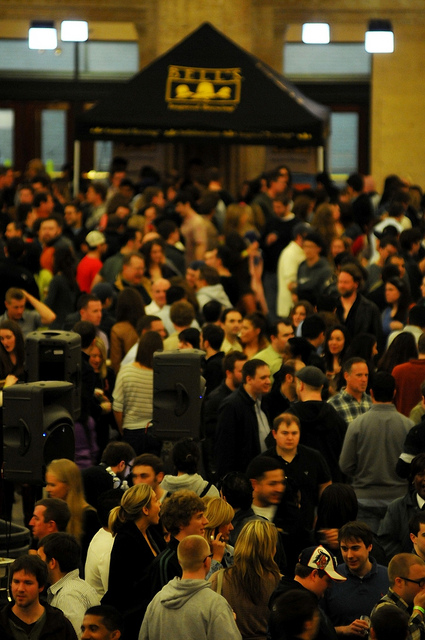 Was it an event aimed at hardcore craft beer fans? Not really. It was a party in downtown Chicago that included beers that casual fans were familiar with. It also gave consumers that were bold enough a chance to explore some very good local beer options, as well as some widely distributed craft options. For those who felt the taplist left much to be desired, have no fear… Chicago Craft Beer Week  is just around the corner! 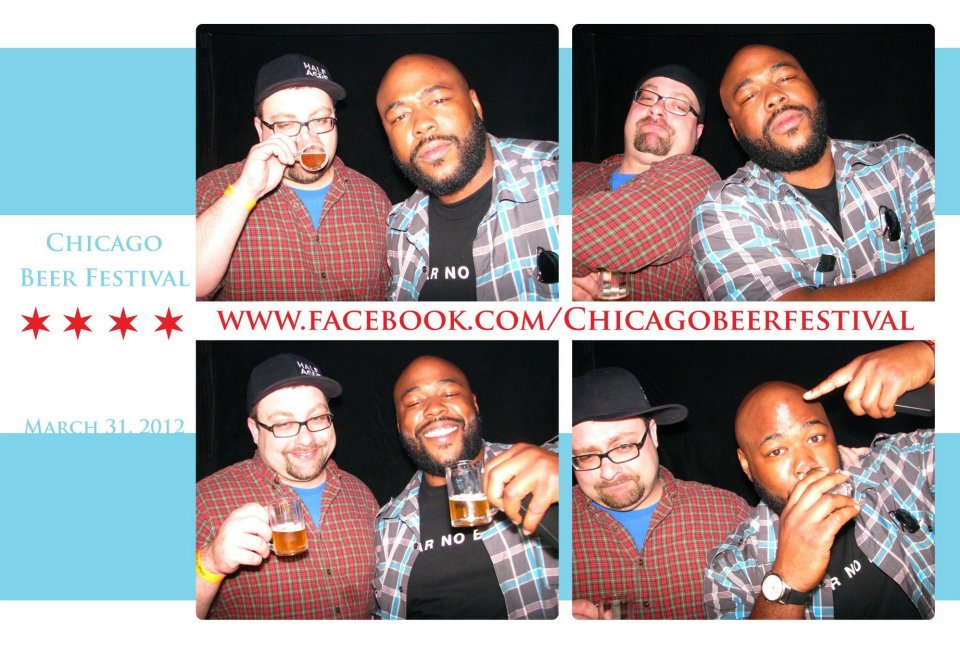