Home Around Town Pour Your Own Damn Beer! District BrewYards arrives on the Near West Side

Pour Your Own Damn Beer! District BrewYards arrives on the Near West Side 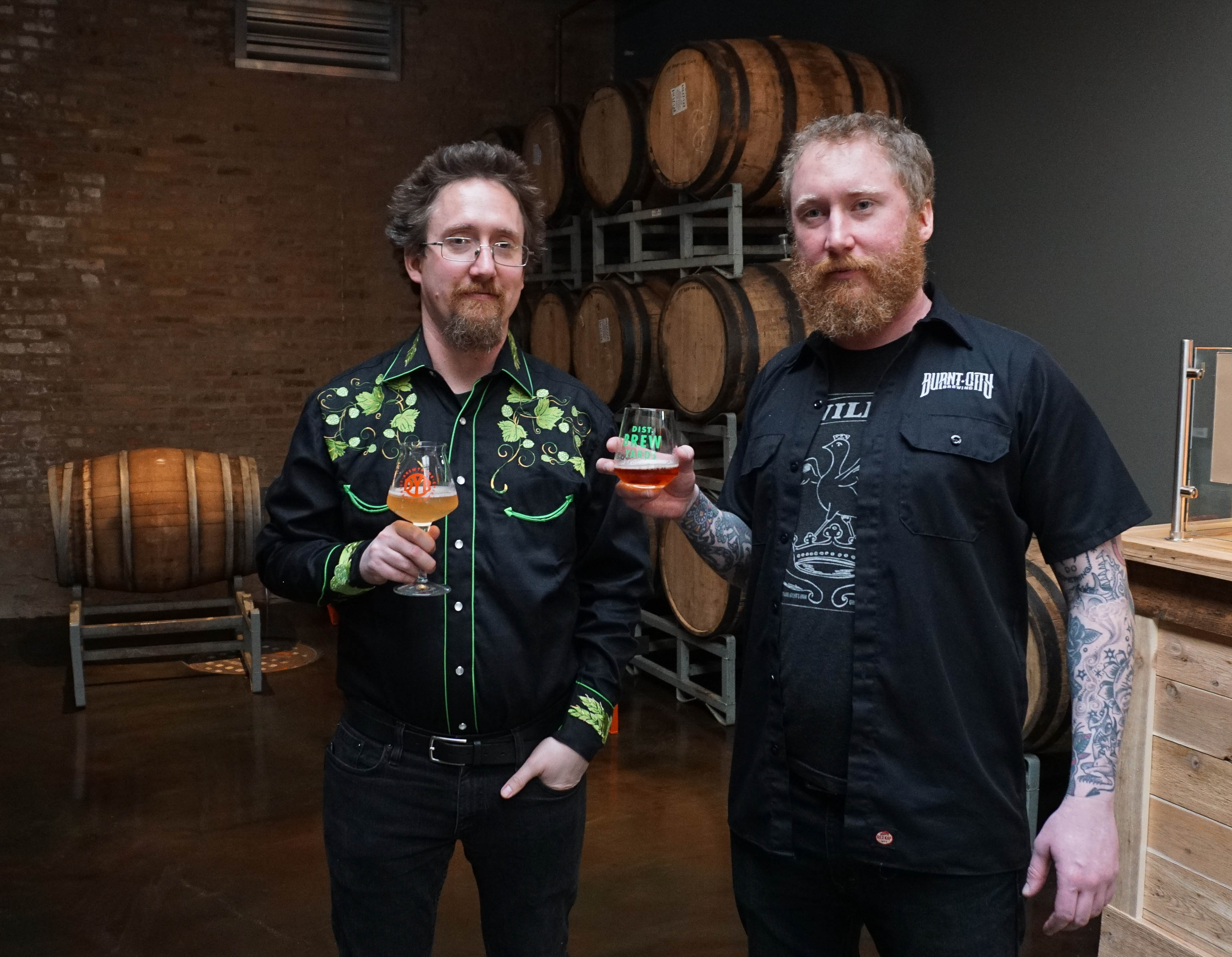 It was a completely packed house at 417 N. Ashland last night. With friends, investors, media, distributors and brewers from all across the city in attendance, the self-pour collaboration brewery era began in Chicago.

We’ve had all three members of The District Yards Brewing Collective make appearances on the podcast separately the last couple years.

ATB + Burnt City were selling the same amount of beer around the time this idea started to take shape. The opportunity to join forces in this section of town was too good to pass on. Around The Bend, Bold Dog and Burnt City have built a stunning new beer hall near Grand + Ashland just north of the Chicago Brewing District.

Burnt City is leveraging their previous restaurant brewpub experience in Lincoln Park to focus on smoked meats in the new space. Beer guides at each of the three bars compliment the self-pour concept. There will be over 40 taps here! Currently The 4th Wall will be a rotating feature collection of guest drafts and potentially ciders. 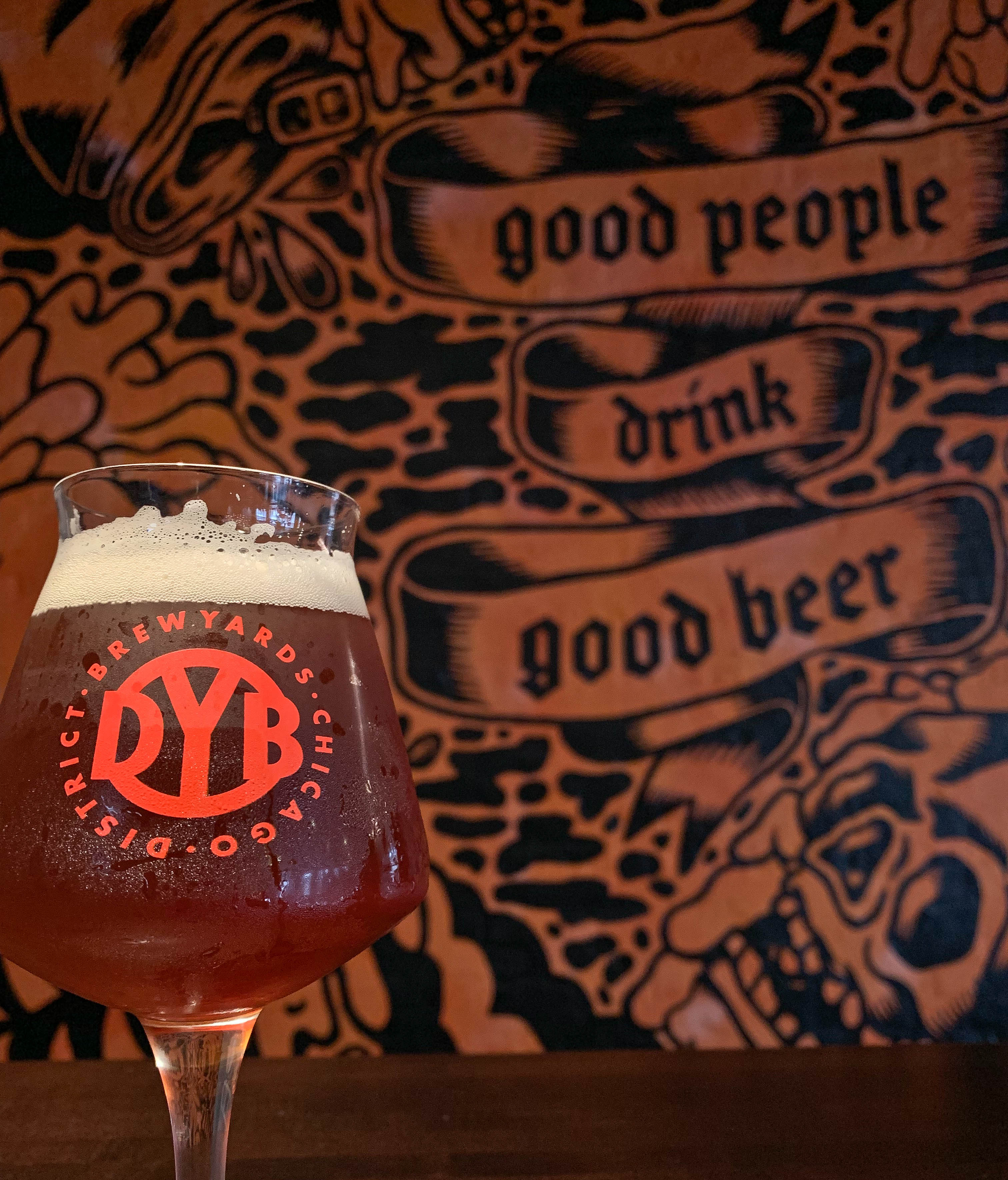 Equipment from both the Burnt City Lincoln Park taproom and their Pullman production facility were moved to the new location. In addition to an expanded barrel program, a handful of 90-barrel fermenters were installed at the new brewery.

The extra capacity allows a crew like Around The Bend to experiment with 7-barrel batches in a way they couldn’t in Pullman. First up for them is a Grisette that they likely would not have attempted on the 30bbl system. Conversely, Bold Dog who previously brewed on Lake Effect’s small batch system, now gets to dance at an unprecedented volume. Their C-Lo Tropical Pale Ale was easily one of the best offerings from the soft open.

In the to go cooler everything is getting 16oz can treatment from all three crews (including small batches).

There’s really something for everyone here. Around The Bend loves creative new interpretations of classic styles. Bold Dog takes a straightforward contemporary American craft approach to their lineup. The Burnt City team loves barrel aged goodies and distinctive farmhouse ales. The previous tenant at 417 N. Ashland was a photography teacher. He shot images under the natural light of the vaulted ceilings where the center of the beer hall is now located. 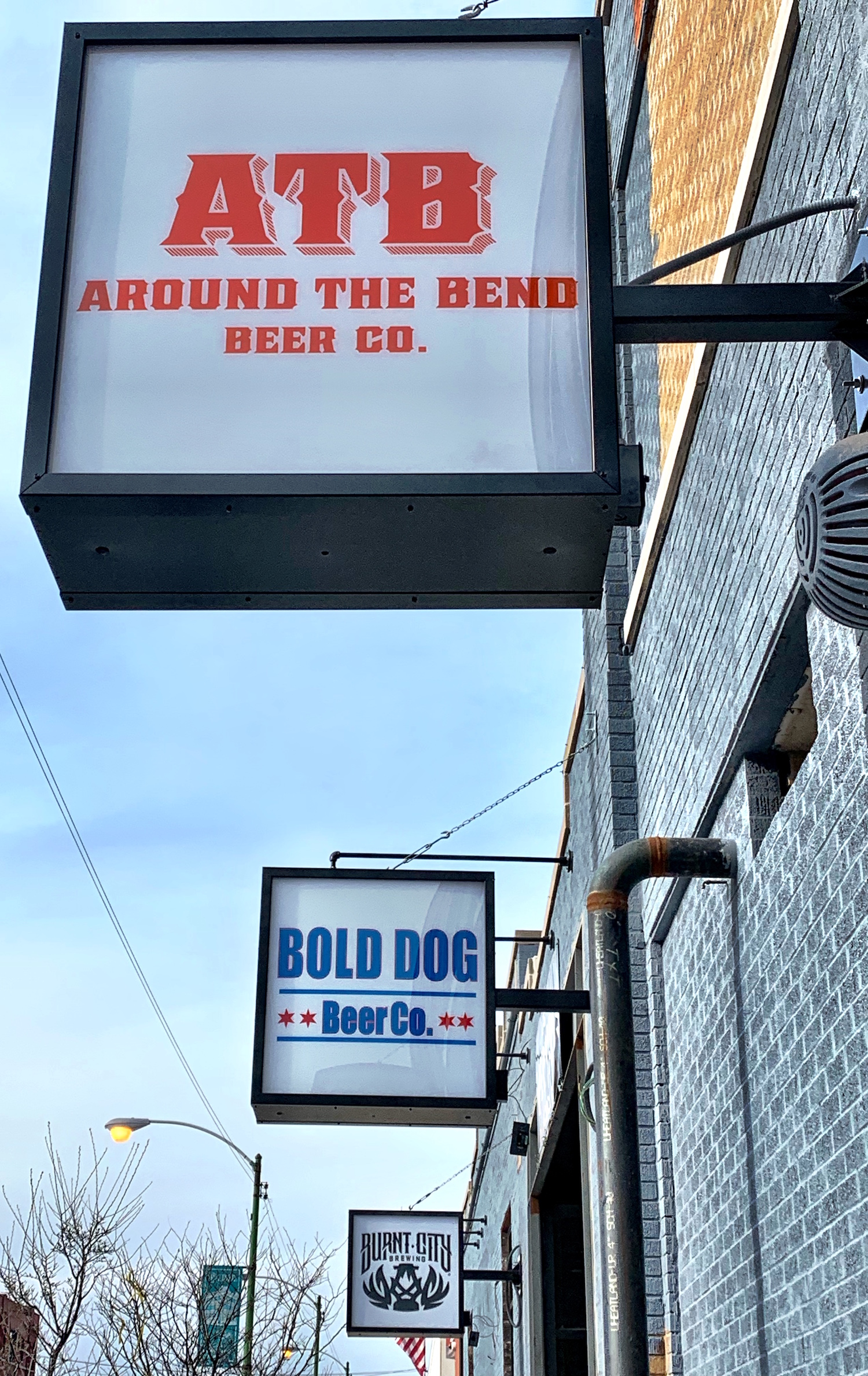 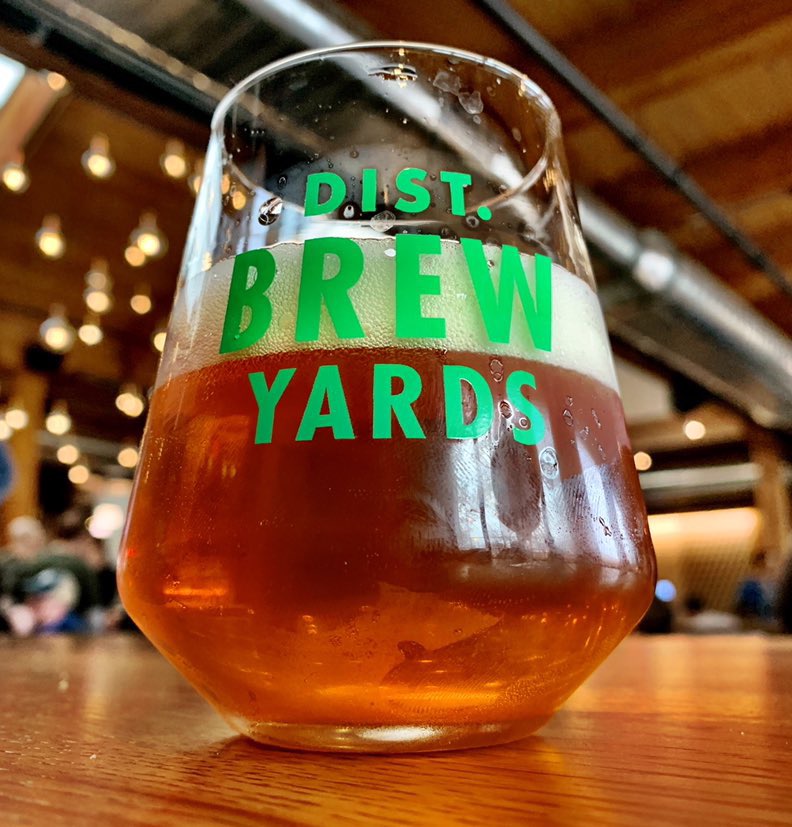 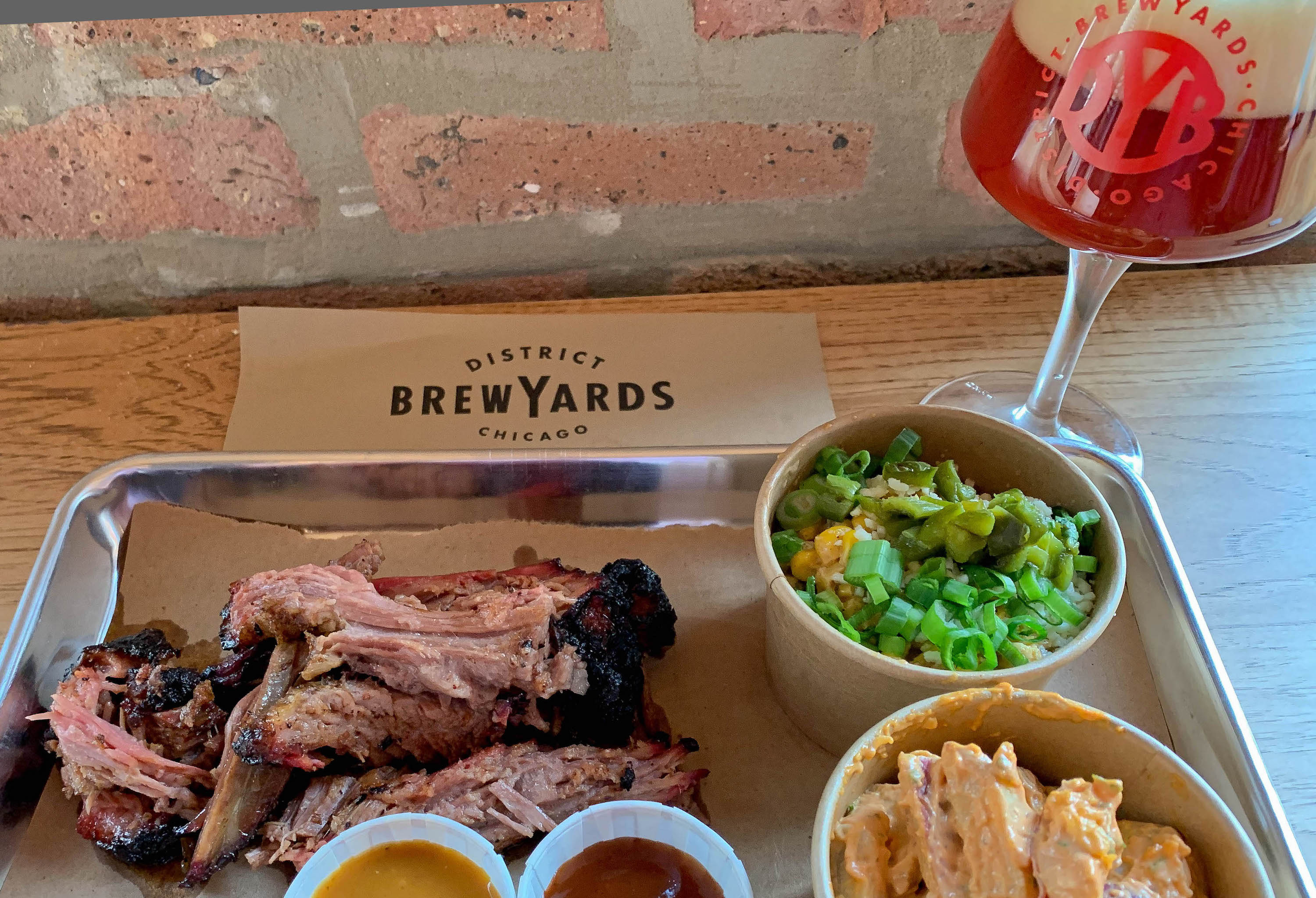 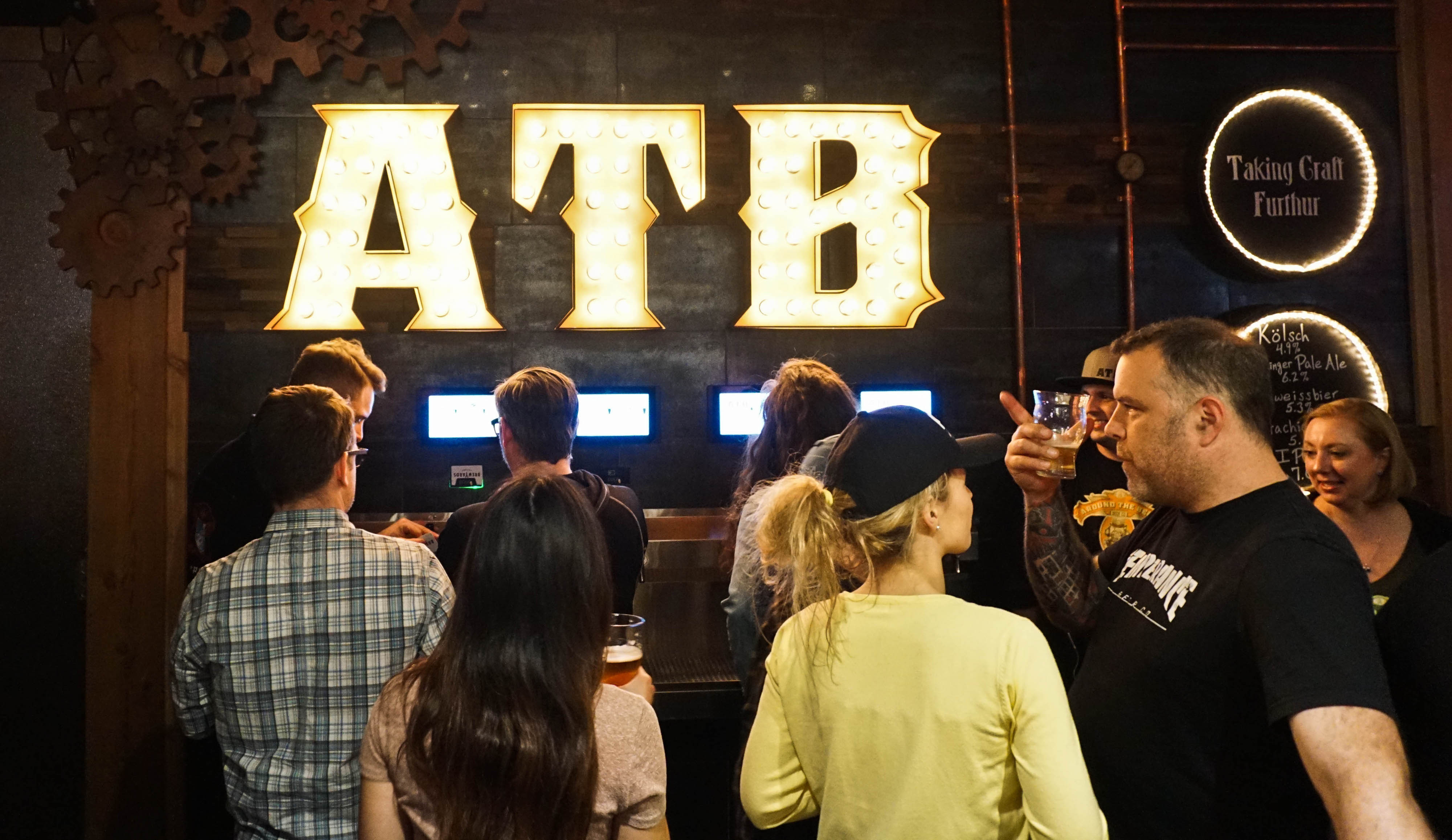 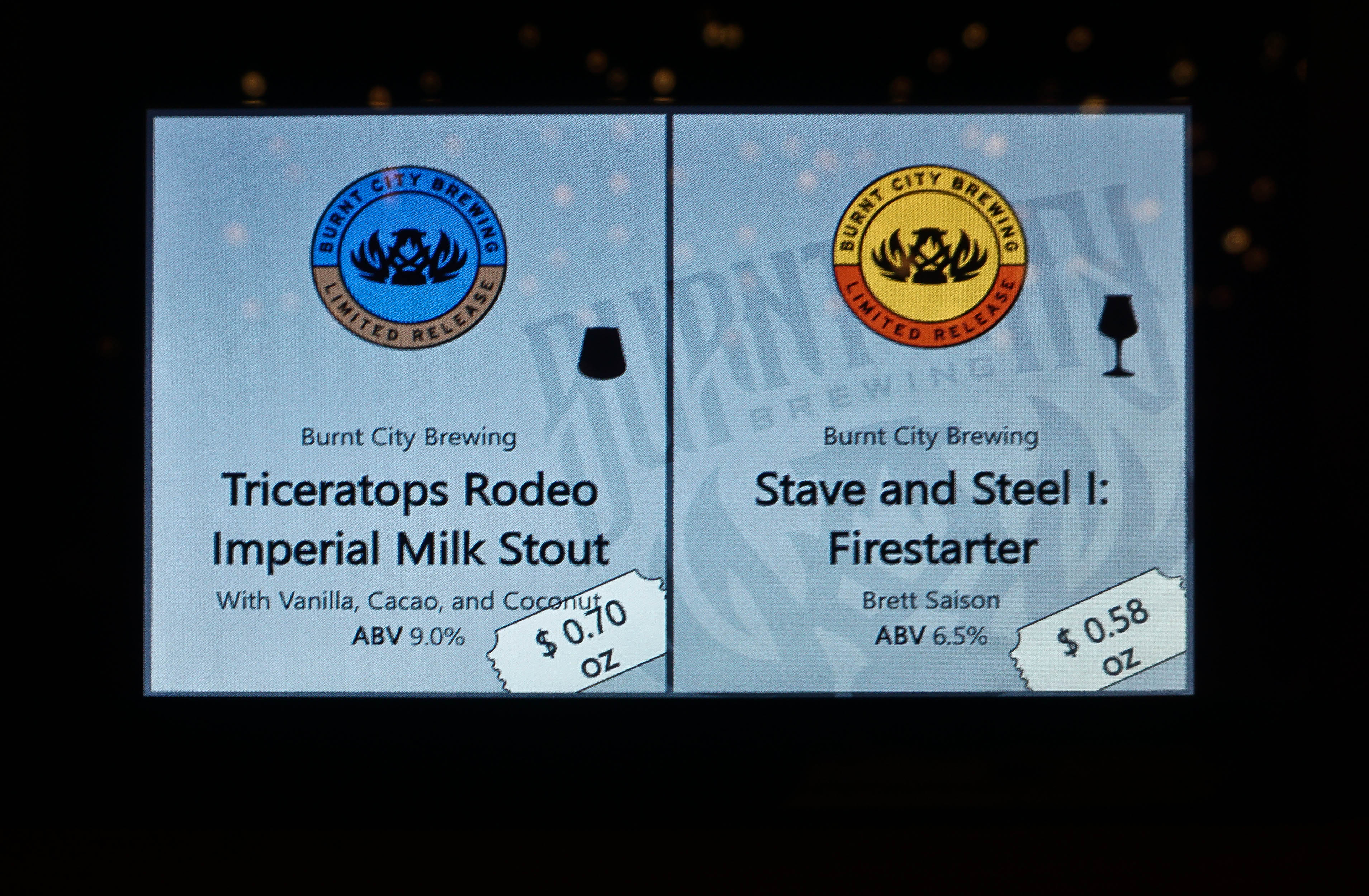 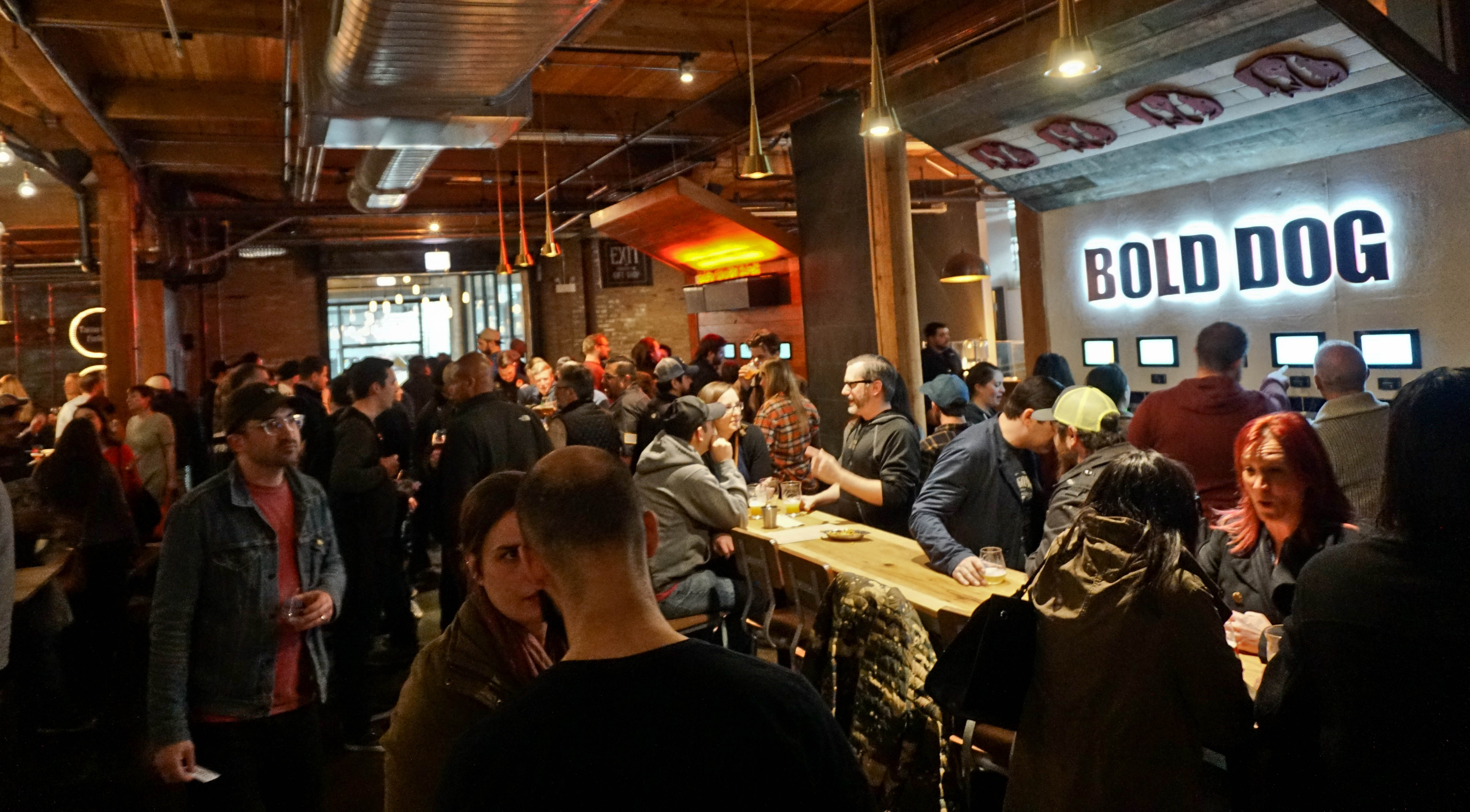 You have to respect the pivot game when discussing this collection of brewers. Around The Bend had to peace out when the Ale Syndicate debacle led to a sudden closure in 2016. That episode actually killed the Arcade Brewing project in what was one of the city’s first alternating proprietorships. But ATB resurfaced better than ever brewing down in Pullman at Burnt City.

Ben and John Saller changed the named of their operation from Atlas to Burnt City back in 2016 after a naming dispute with some brewing outfit in the D.C area.

In addition to landing contracts for house beers at Haray Caray’s and Murphy’s Bleachers, The Saller Brothers started helping everyone from Marz to Hop Butcher satisfy the city’s demand for fresh local beer. They are truly doing the Lord’s work. Lucky for us this latest reinvention sees them taking care of business in a section of town that has no less that 8 breweries within a quarter mile of each other.

Later this year you can expect a Festival of Kveik Beers to occupy The Fourth Wall. The invitational will feature a lineup of brews that spotlight the wonderful Norwegian yeast strain – Hornindal Kveik from Omega Yeast Labs. Ben Saller describes it as undeniably tropical and pineapple fruit forward. He fell for it hard when creating their Golden Zombie IPA.

Much in that way that food halls like Wells St Market and Revival are changing the conversation about cafeterias with their chef driven approach, District Brew Yards will do the same for self pour beer outposts. The topic will shift, as it should to focus on education when the concept is executed with the level of quality exhibited here. This idea of pouring it yourself will be the first step in a lifelong journey of beer education for many that come here. This is a good thing. 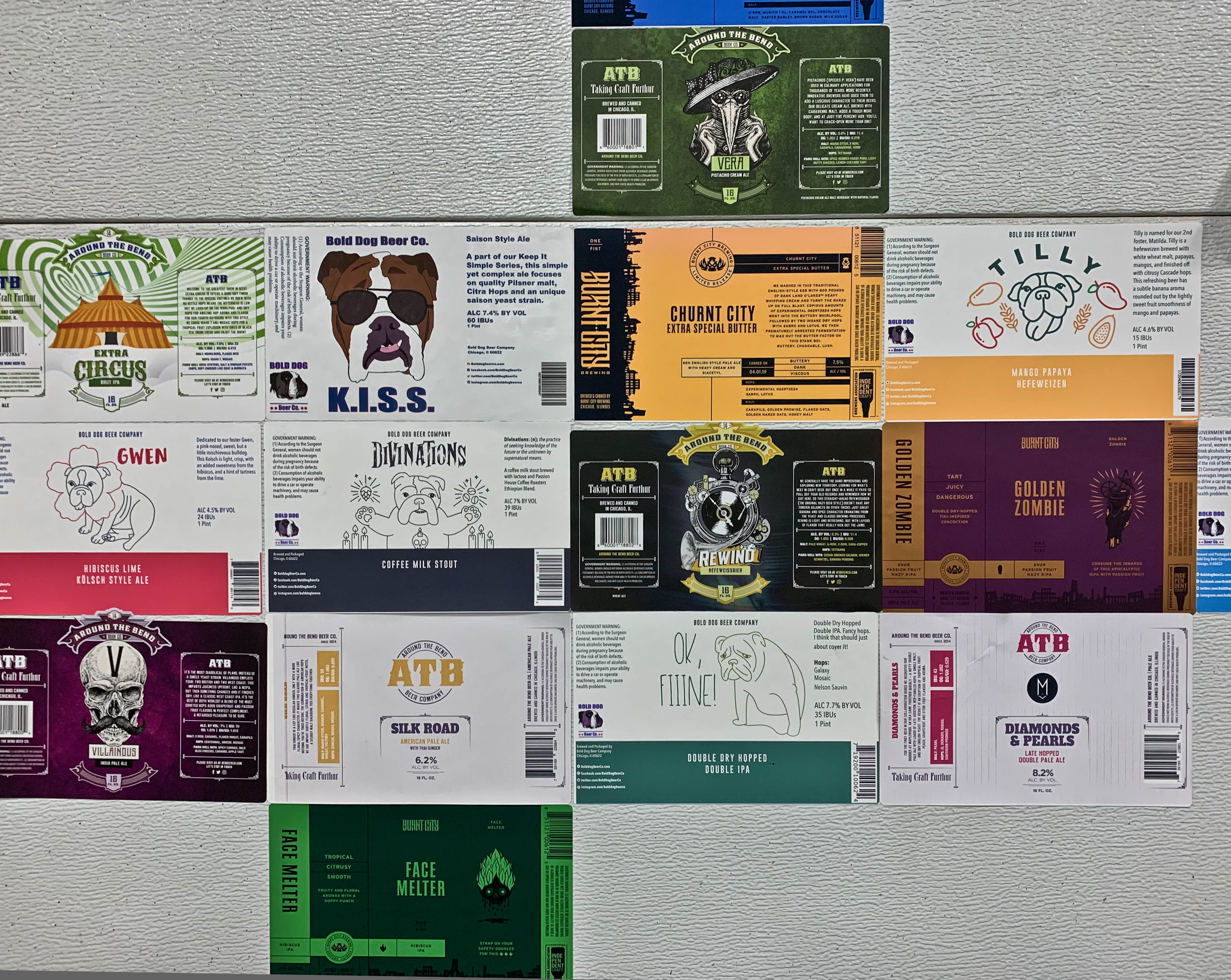 Other Notes:
-Brewers from Une Annee, On Tour, Goose, Forbidden Root, Horse Thief Hollow and Metropolitan were all in attendance at the soft open.

-District Brew Yards features a state of the art line cleaning systems that automatically begins to clean a line as soon as the empty keg is removed. Around The Bend, CEO Dan Schedler says DBY will have literally the cleanest beer lines in town.