The 15th Annual Festival of Wood and Barrel Aged Beer

The festival taster glassware this year was elegant like something you’d find at a beer wedding reception. Under the dim string lighting of the UIC Forum FOBAB delivered the way that it always does.

Highlights included Ryan Burk taking gold in Cider/Mead/Perry with Understood In Motion #02. The win makes five gold medals since 2013 for the Angry Orchard Head Cider Maker. Three of those wins were during his time at Virtue Cider.

Ryan basically had Sam Adams build an experimental cider farm for him in upstate New York. The adjacent taproom opened recently and is unexpectedly packed every weekend.

More Brewing took Best In Show. Their brewery has only been open for 3 months. The frenzy Head Brewer Shaun Berns created this year at Ram Schaumburg seems to be following him. More Brewing had lines probably just as long as Goose both sessions Saturday. 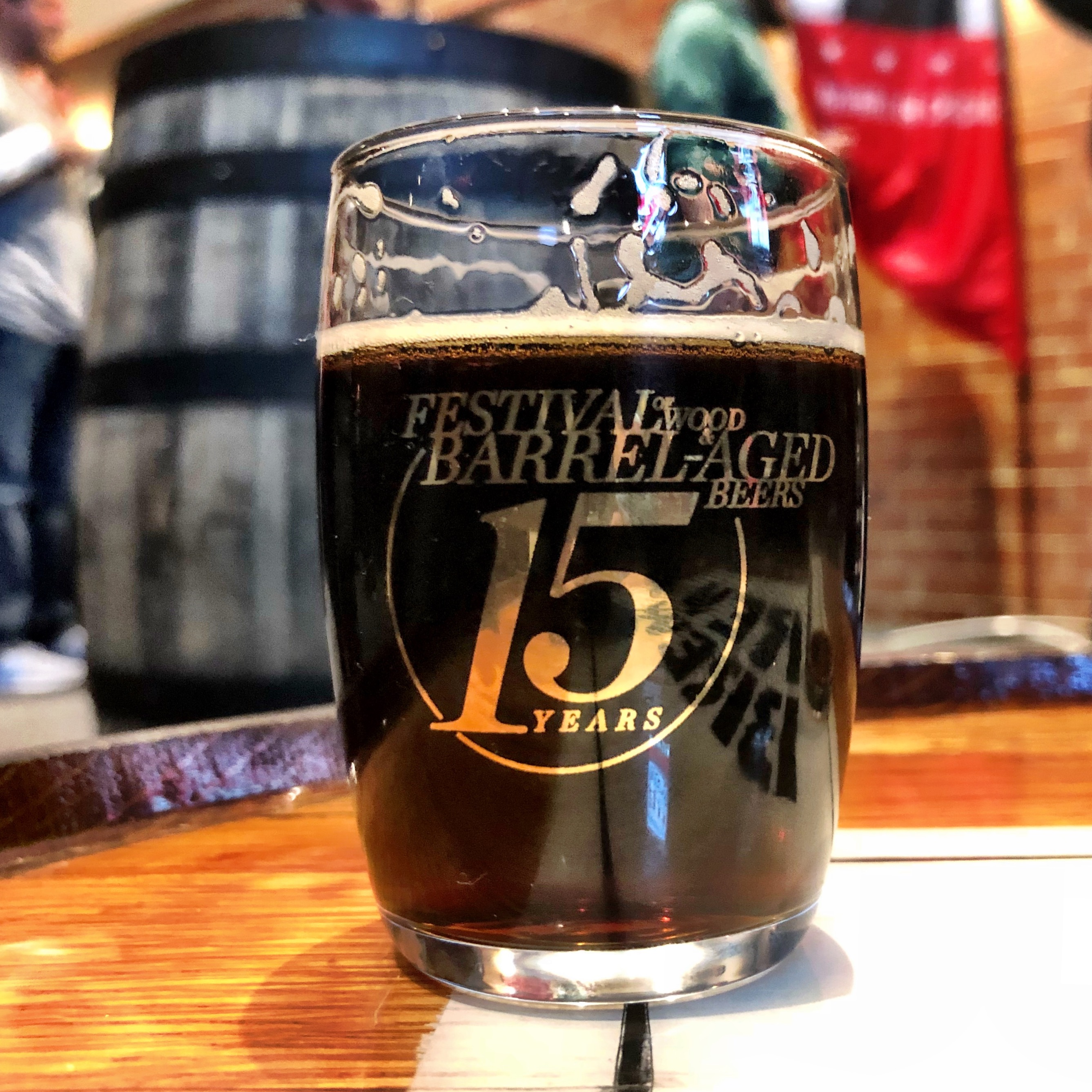 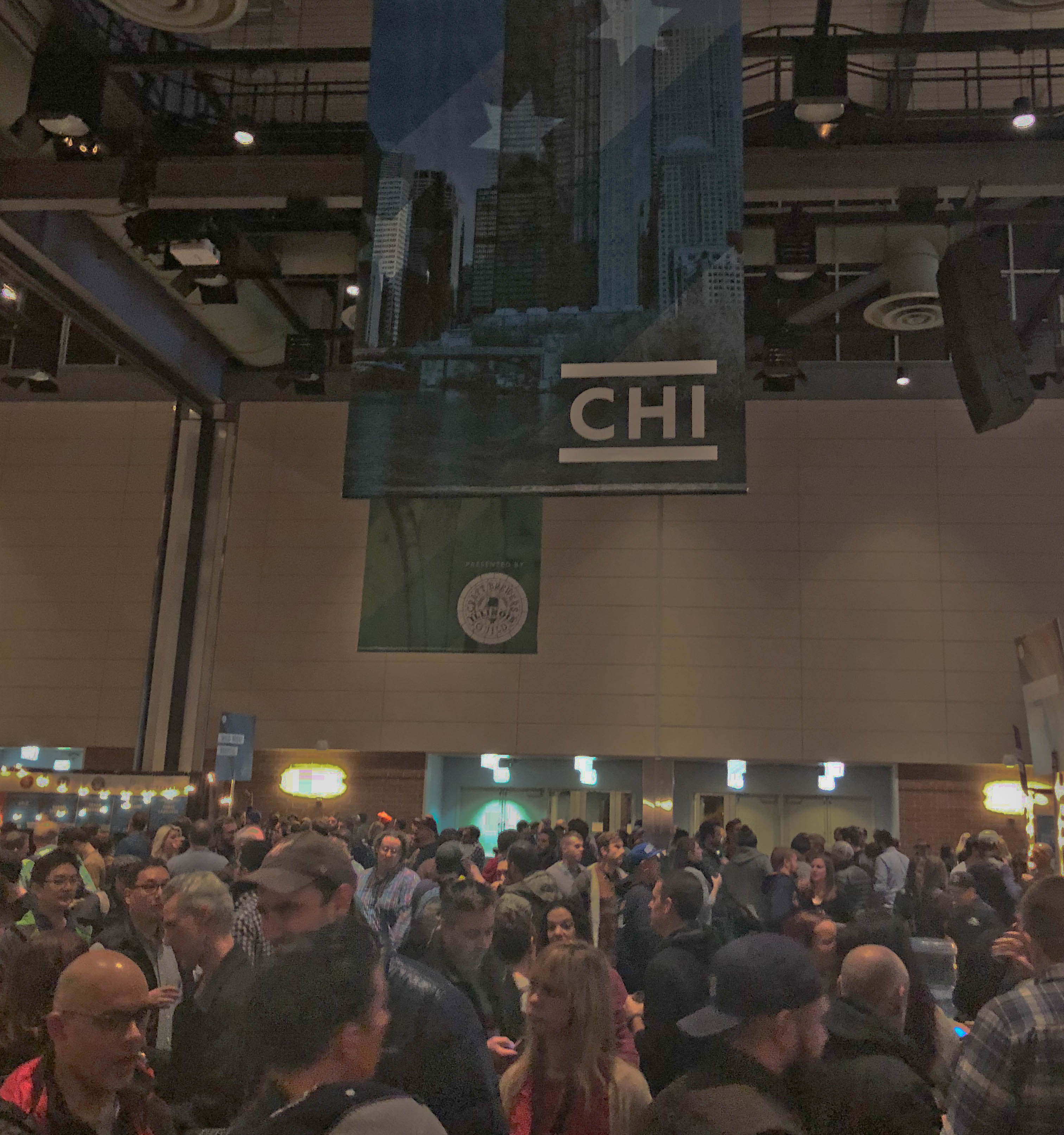 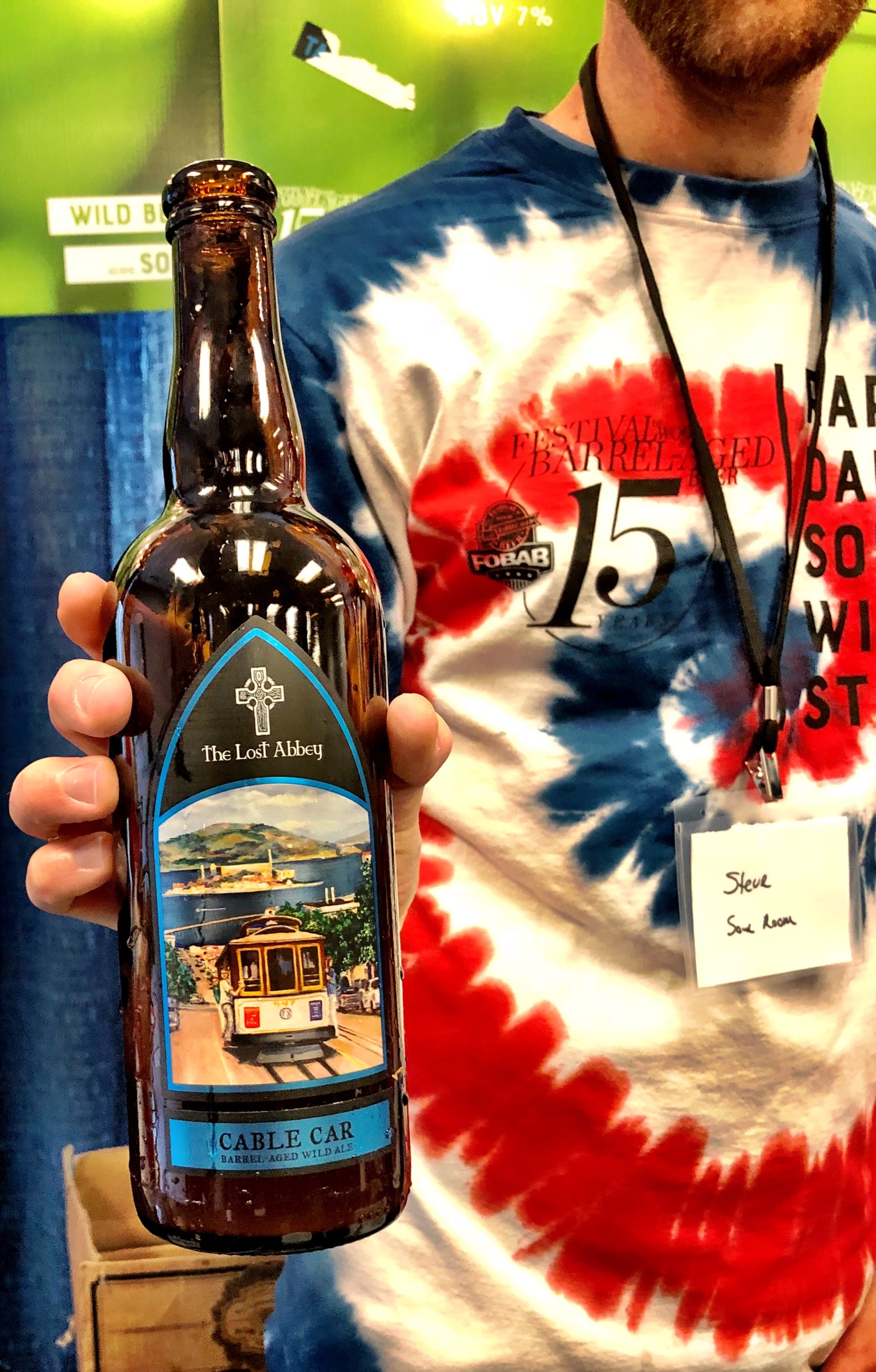 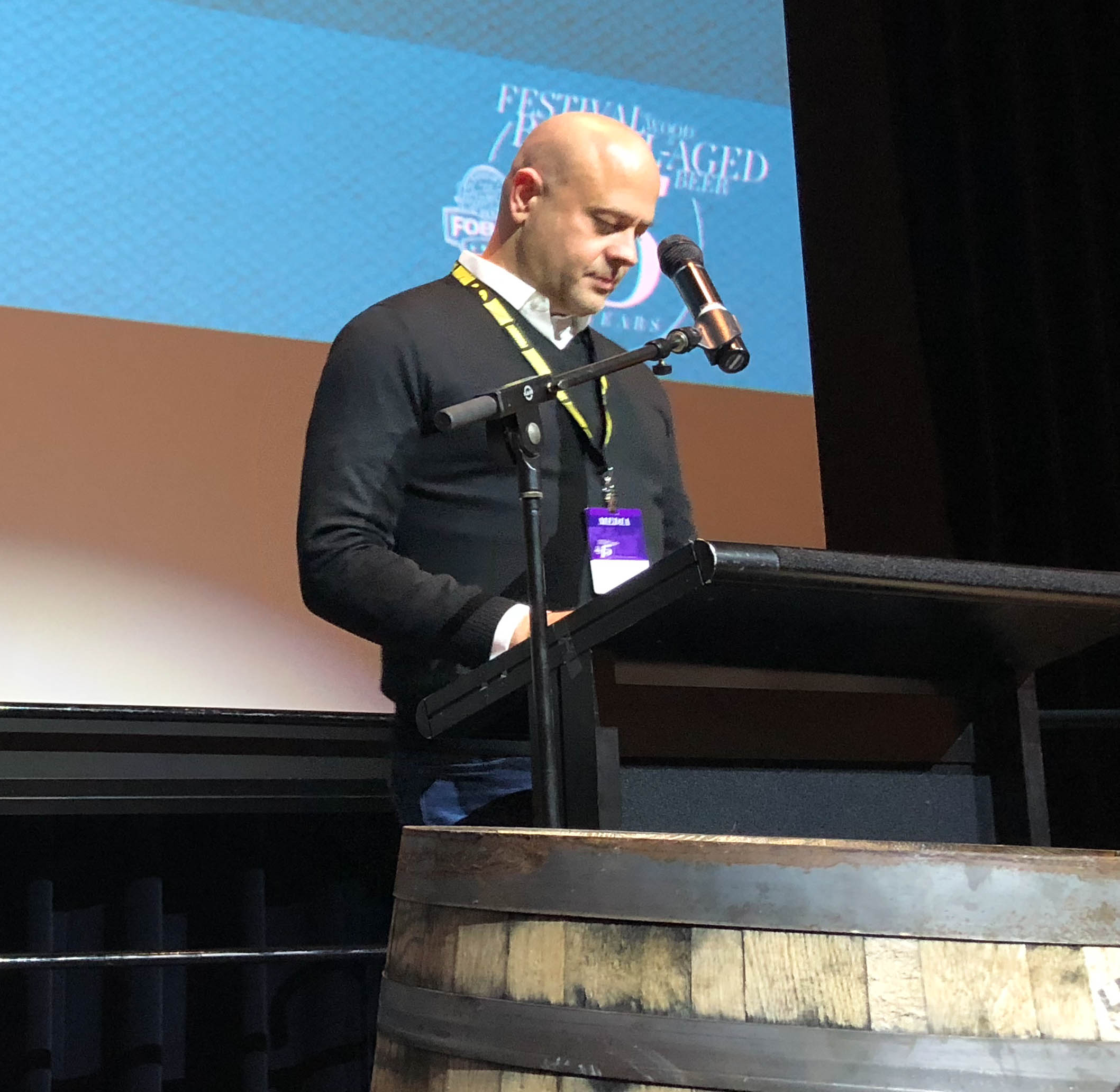 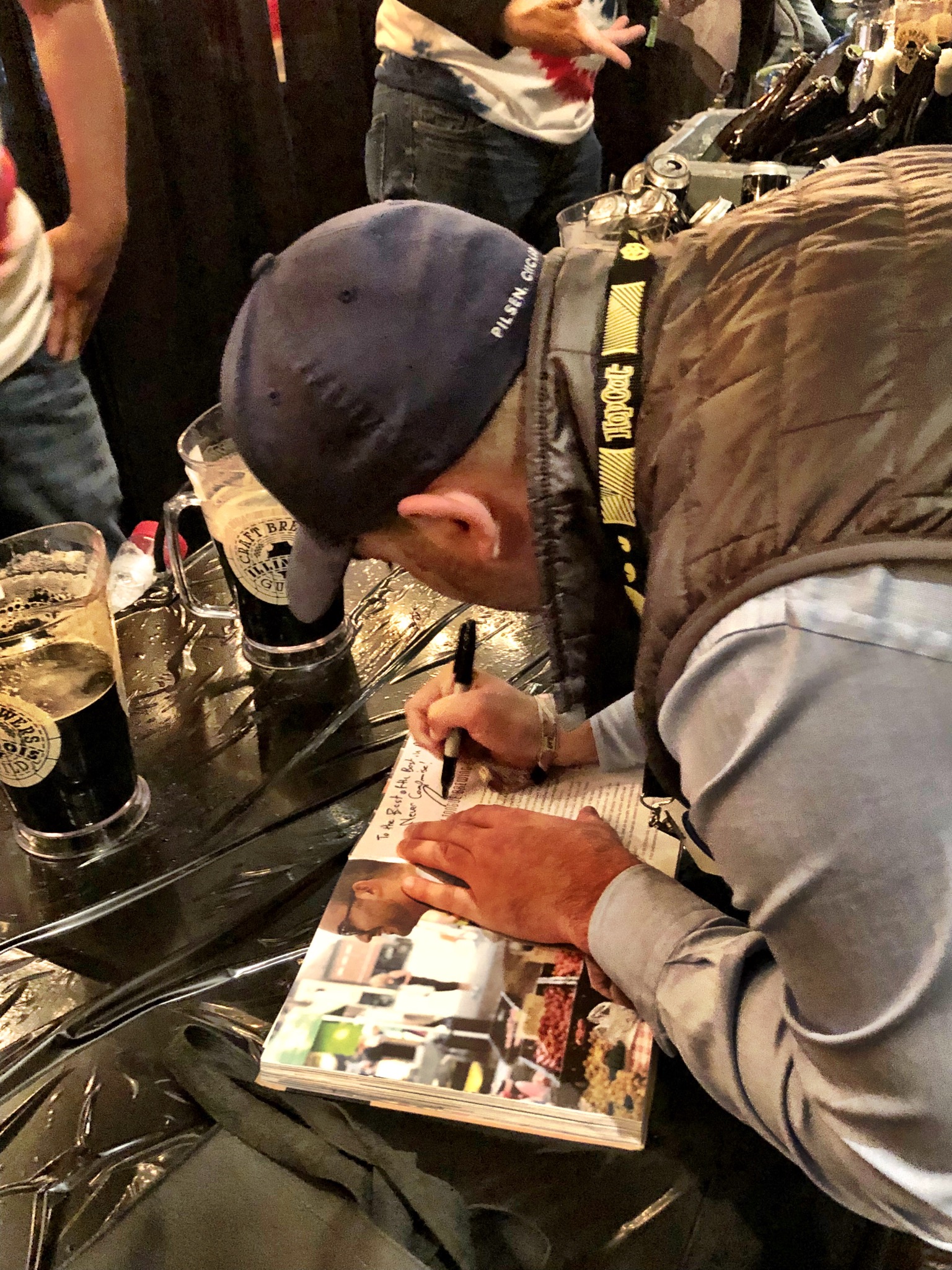 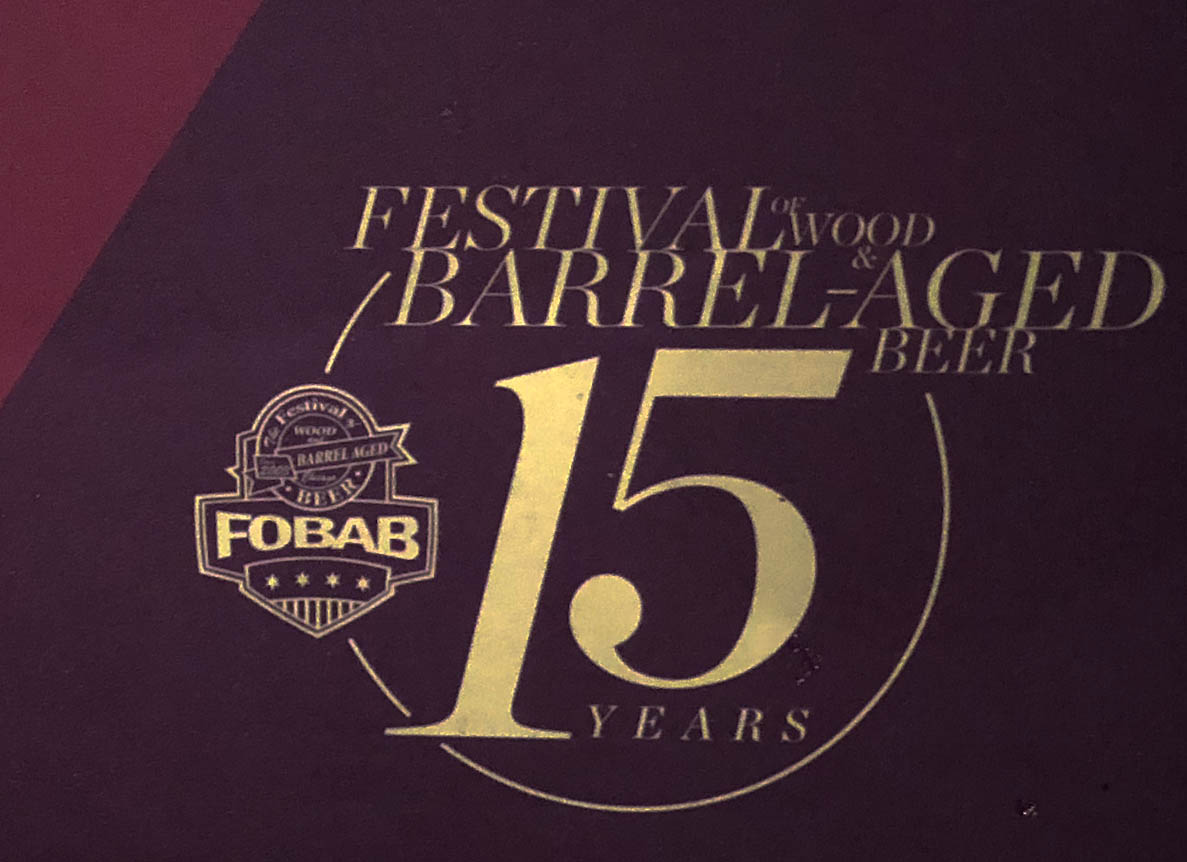 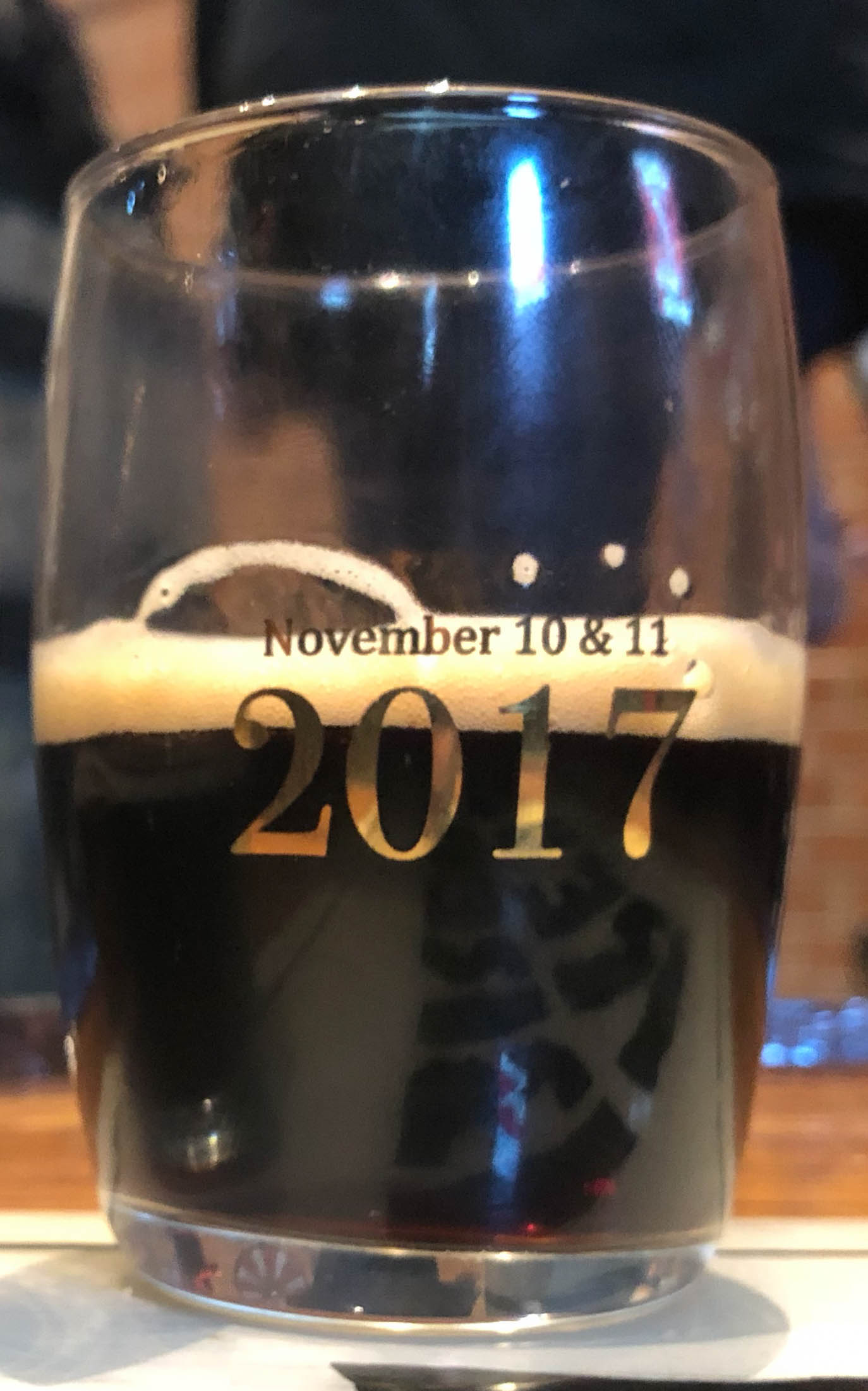 Moody Tongue’s BA Gingerbread Imperial Stout in Four Roses barrels was sneaky delicious and made with gingerbread cookies. I also got Jared to sign my copy of Anna Blessing’s Locally Brewed. Jared was the last signature I needed from Chicagoland breweries. The others, Metropolitan, Piece and 5 Rabbit are all past FOBAB winners.

2017 saw the medal count from Illinois brewers drop from 11 to 4 this year.

ICBG Executive Director Danielle D’Alessandro interrupted the regularly scheduled program to insist that Pete Crowley come down accept the silver for Haymarket’s Clare’s Thirsty Ale. Pedro is The Godfather of the Festival and Wood and Barrel Aged Beers creating the event back in 2003.

Pete was guild president for ten years and also created the annual summer bash Oak Park Microbrew. This was third medal for Clare’s. The imperial stout aged in Woodford Reserve barrels with raspberries for a year is an ode to Pete’s wife. This beer usually makes an appearance at their West Loop brewpub every January for their beerthday celebration. It was also a Fruit Beer bronze medalist in 2011 and 2013. 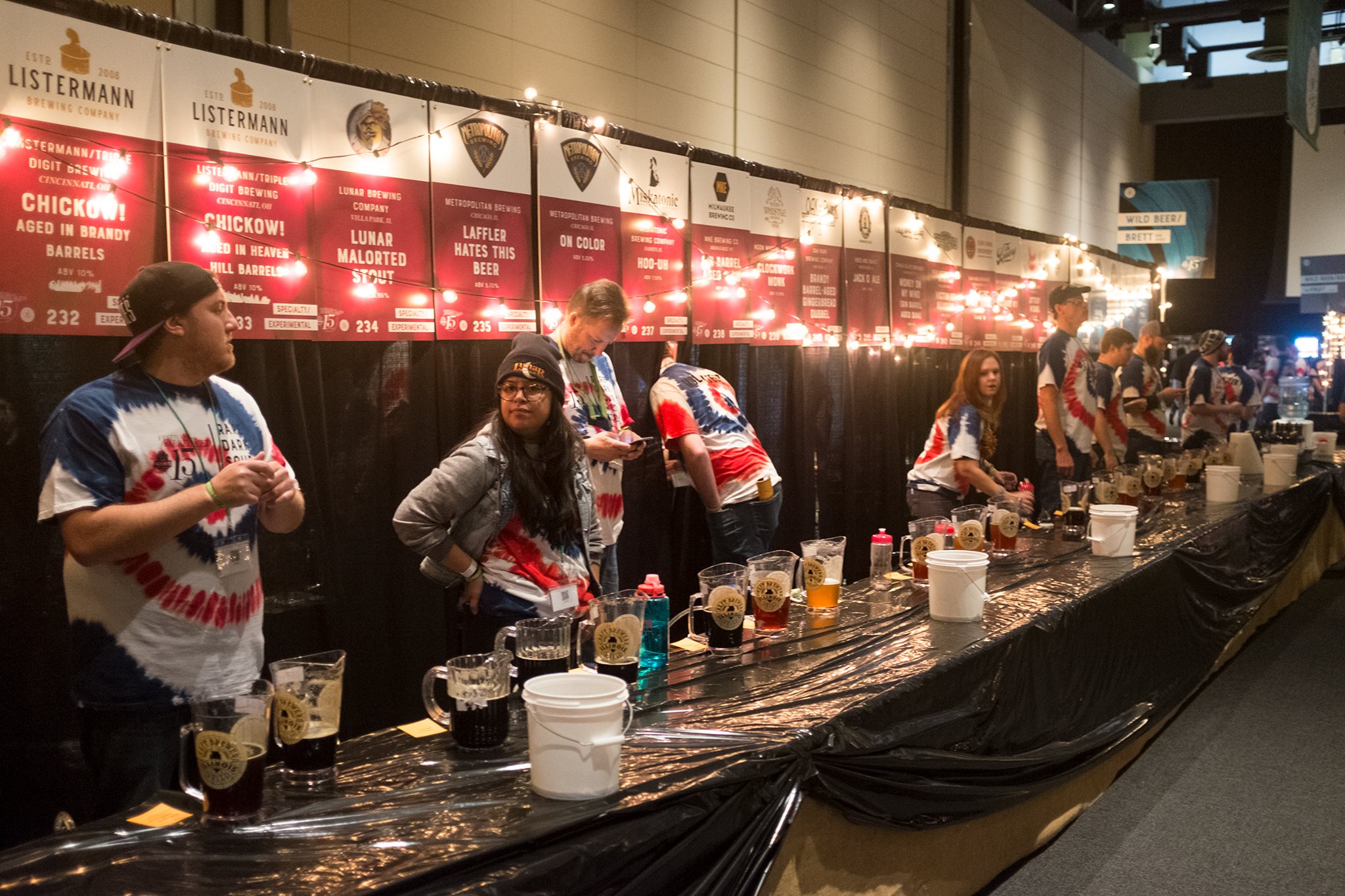 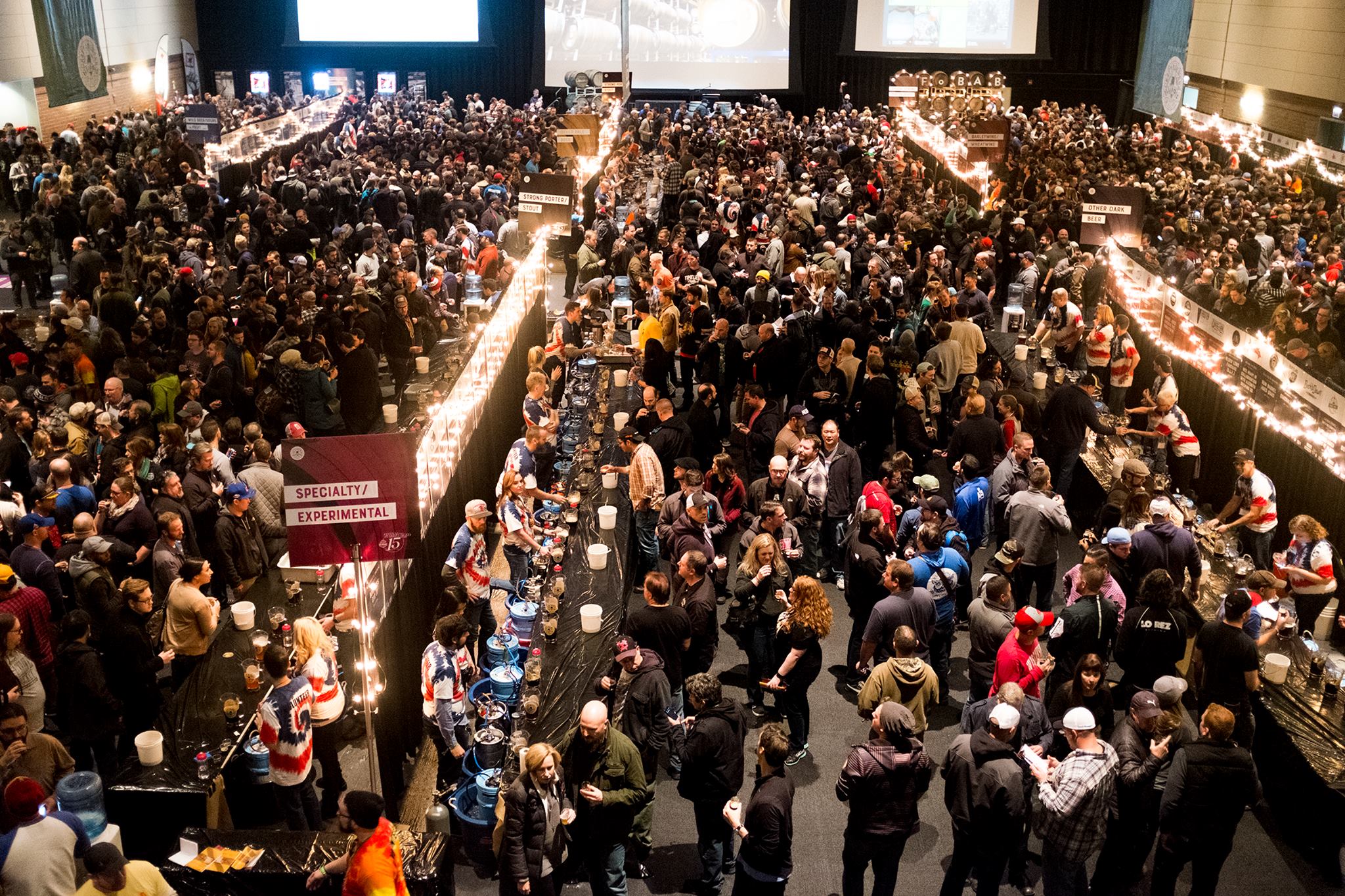 all 3 sessions were sold out** 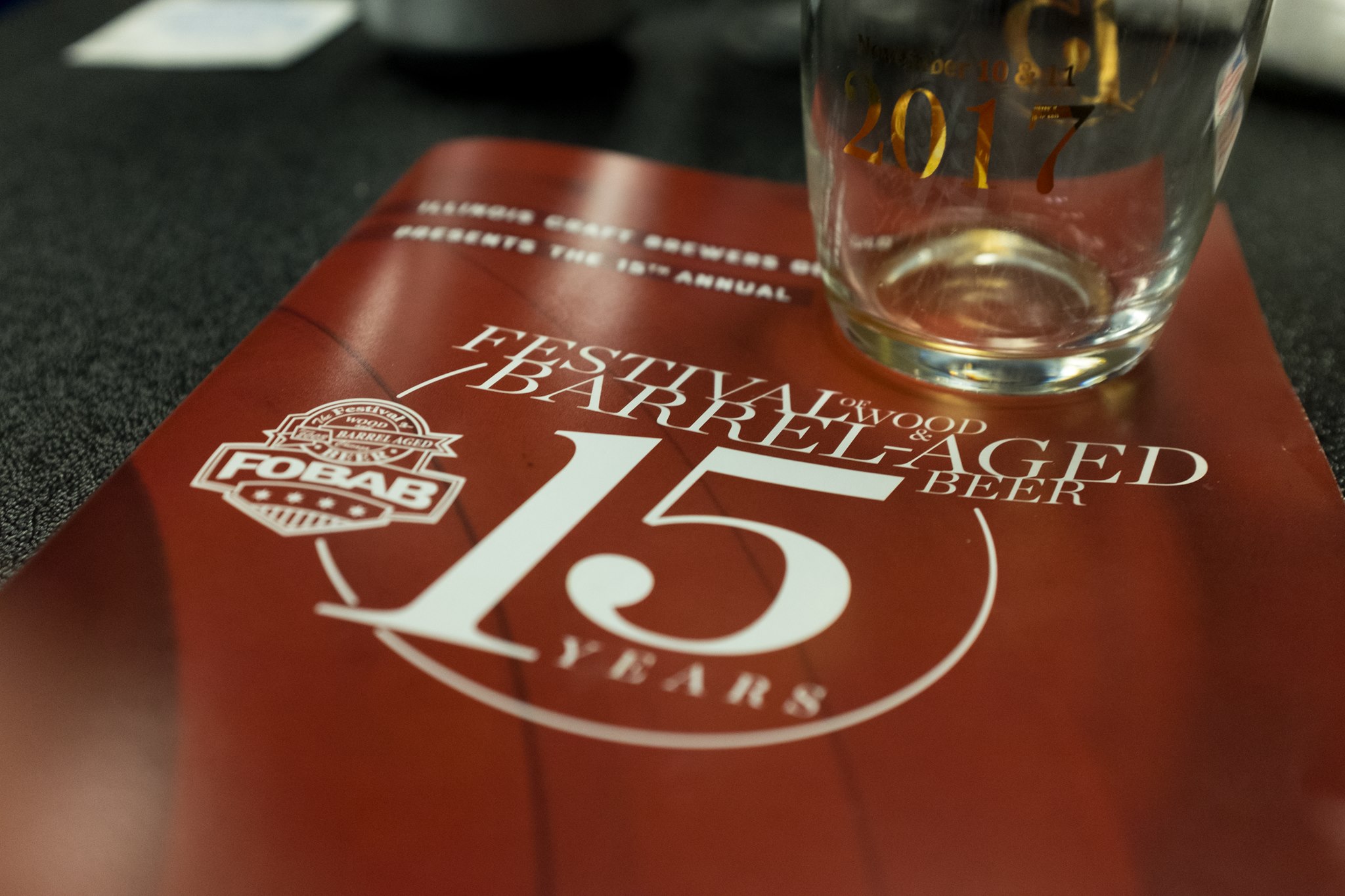 Metropolitan Brewing got the nerds excited about a pair of beers directed at Off Color who opened their taproom – The Mousetrap this week.

The FOBAB web presence is fantastic. The revamped website has the full list of awards including past winners. 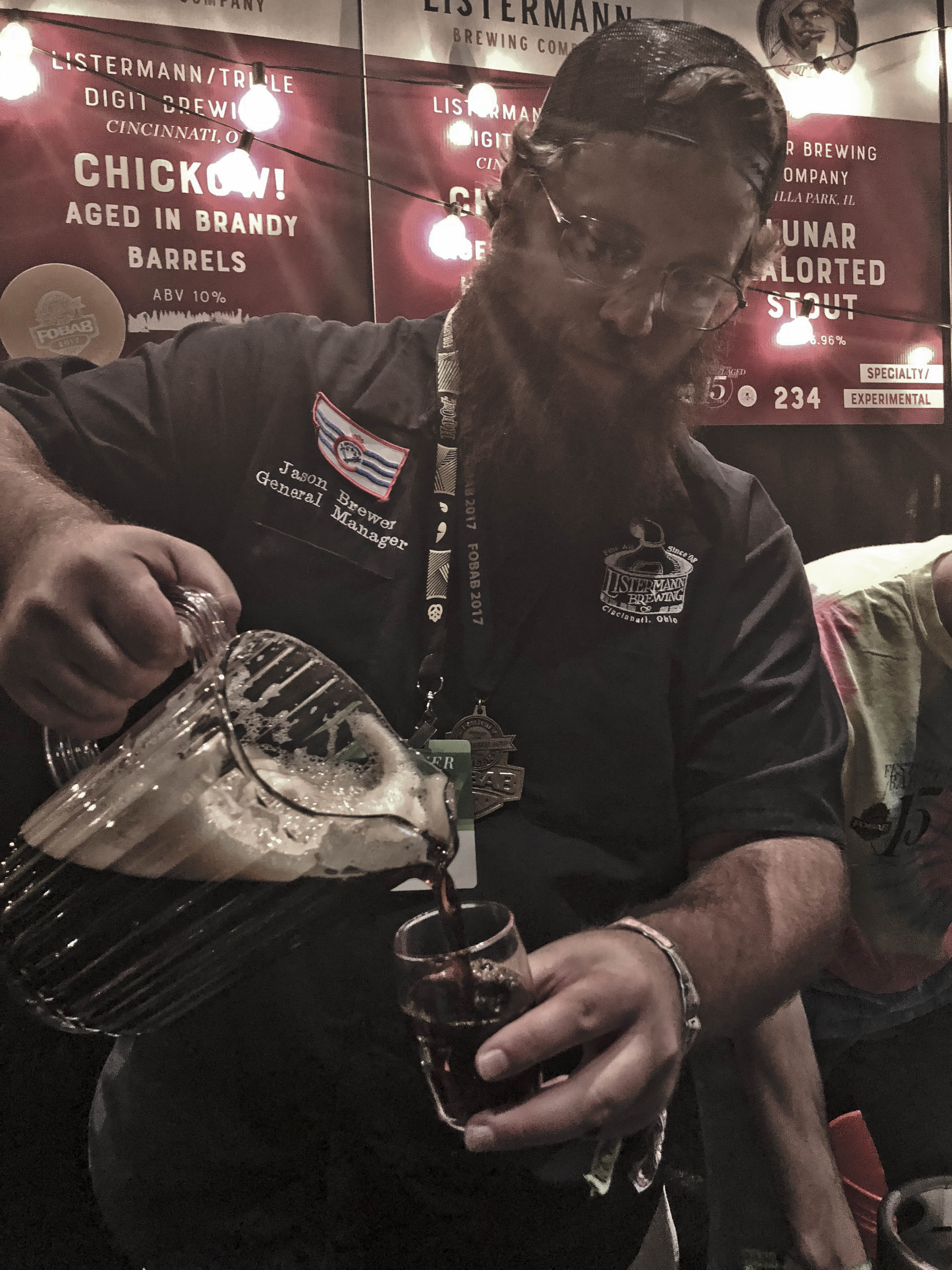 I had never even heard of Cincinnati’s Listermann/ Triple Digit Brewing Brewing until last year at this event. Their Chicow! has been dominant the last three years.  The run began with an Experimental silver in 2015, followed by Best In Show last year and Best In Show Runner Up for the brandy barrel variant this year. Triple Digit refers to Listemann’s bomber series whose beers have a starting gravity of over 100.

Kudos to ICBG for involving the Illinois Office of Tourism in the program this year. Director Cory Jobe is responsible for leading the state’s tourism industry and was emcee of the award ceremony.

-Other Notes
-Plainfield’s Werk Force Brewing in their fourth year at the competition has now medaled three of those years.
** denotes photo courtesy of the homie @beerad of  The Chicago Beer Pass Podcast 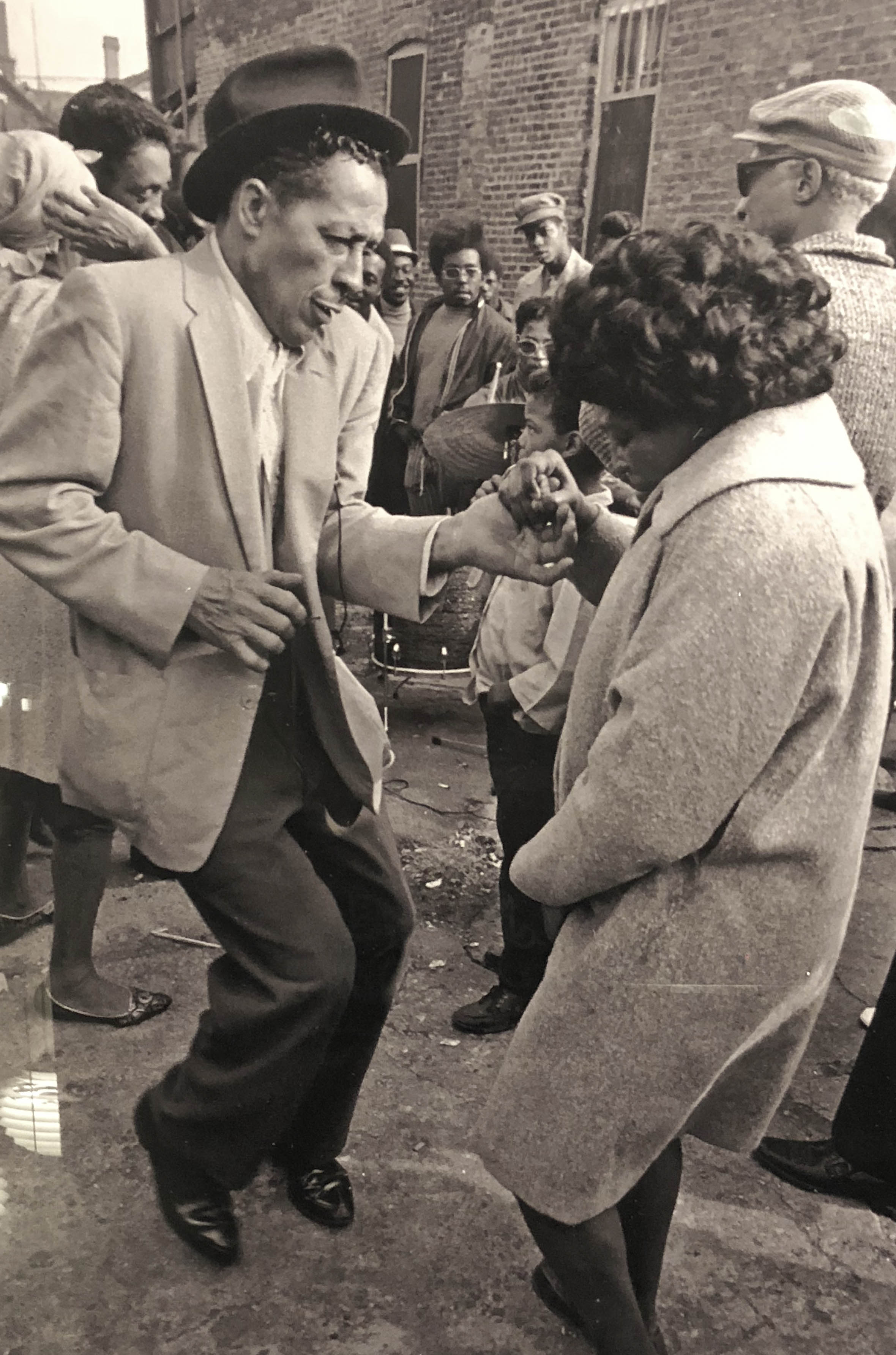 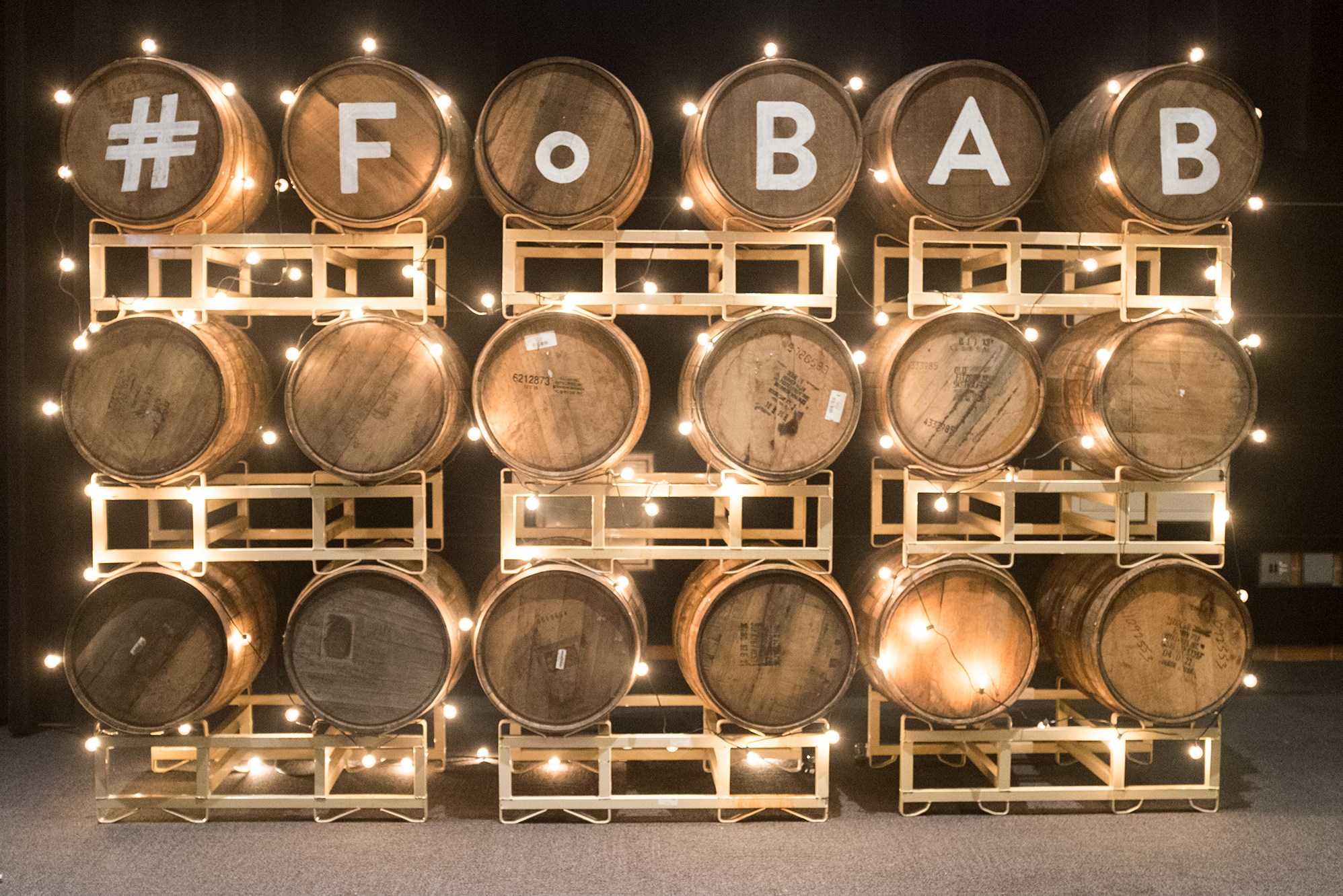 FOBAB delivered they way that it always does**