The IPA from St. James’s Gate 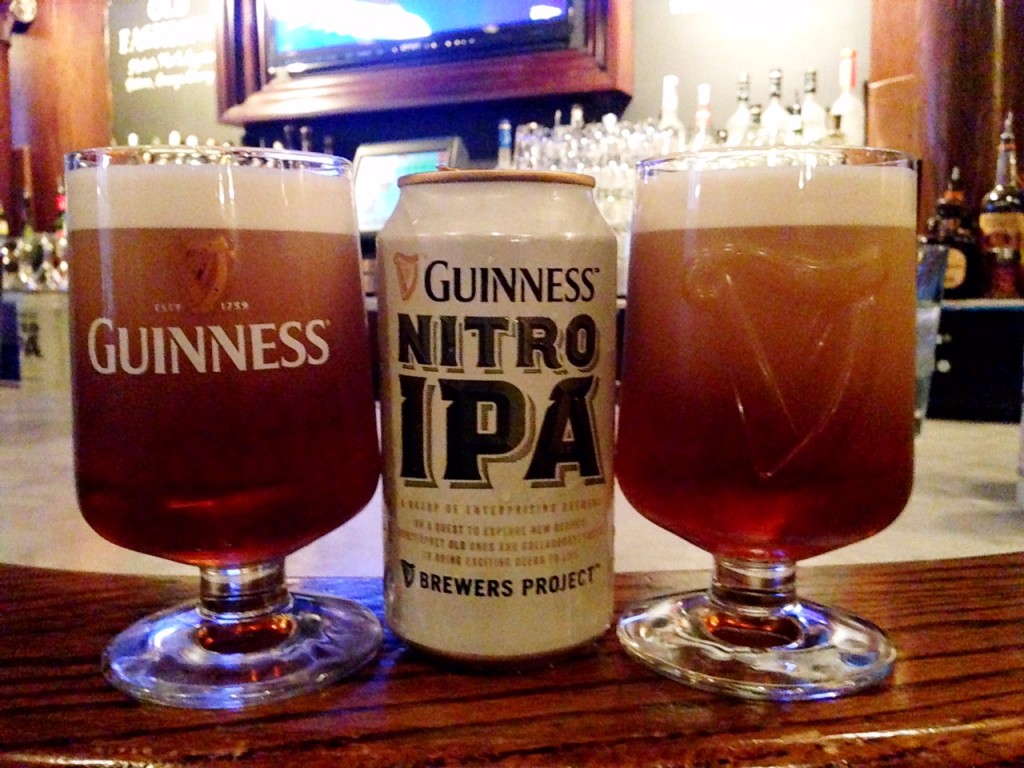 brewed in Dublin at St. James’s Gate’s Brewhouse No. 4

This is the fifth entry in the Brewers Project Series from one of the world’s most beloved beer brands. The good folks from Guinness were in town recently at Hubbard Inn for the 2nd stop on the 20-city North American tour to debut Nitro IPA. Chicago Beverage Systems will distribute the beer locally.

Guinness is one of those brands that may get overlooked by some in the ever-changing world of beer.  Their stout is iconic, and literally one of the best selling beers on the planet. In Ireland 1 of every 3 pints sold is a Guinness. There are over 55 locations worldwide licensed to brew Guinness outside of Ireland.

The last release in their innovation series was the Guinness Blonde, an American Lager brewed in Latrobe, Pennsylvania. That beer was a blend of American style with a European influence.  IPA was  brewed in Dublin with Irish barley malt, a touch of roasted barley and five hops — Admiral, Celeia, Topaz, Challenger and Cascade.

The company is targeting this latest offering almost exclusively at U.S markets. Nitro IPA uses the same house yeast strain as the stout and the cans contain a widget that releases nitrogen when opened. During the launch event we sat next to our pals at Boozist whom insisted on seeing first hand what that widget looked like.  This basically led to our entire table passionately working our way into the empty can until our desired result was reached. I’m pretty certain the Hubbard Inn staff wasn’t thrilled about that. 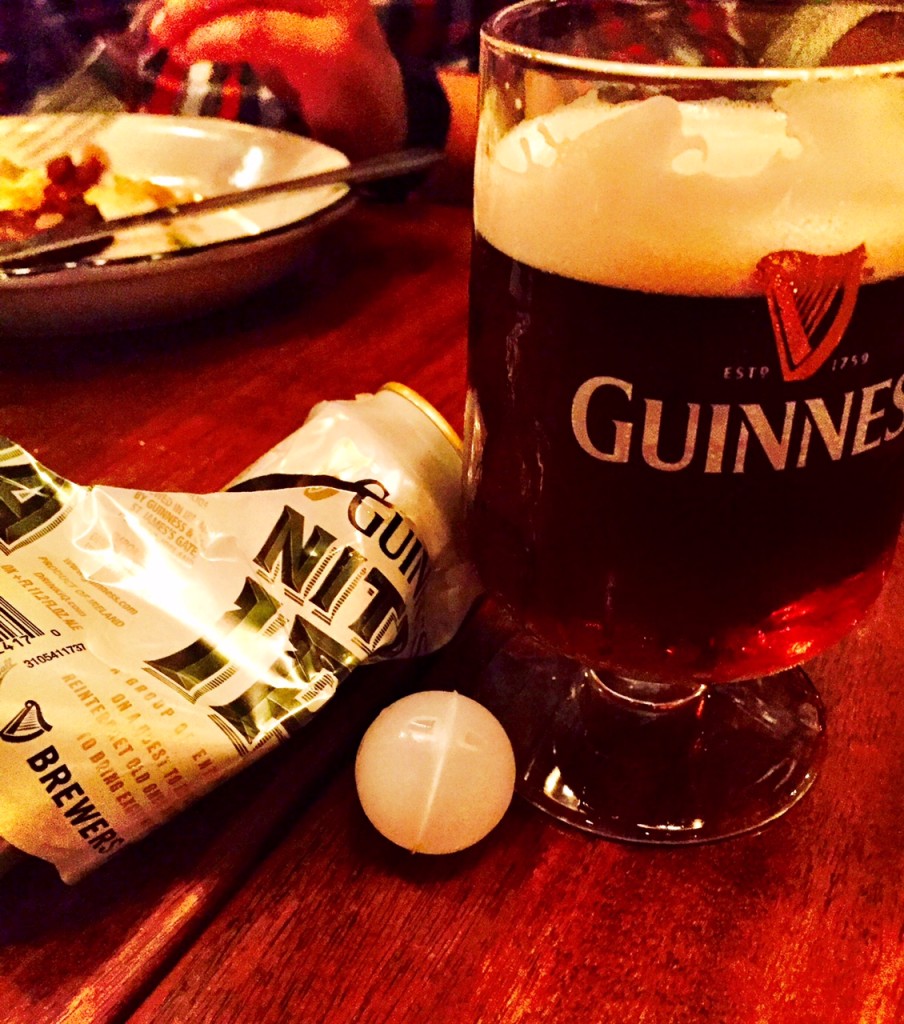 oops. blame the homie @boozist for these shenanigans 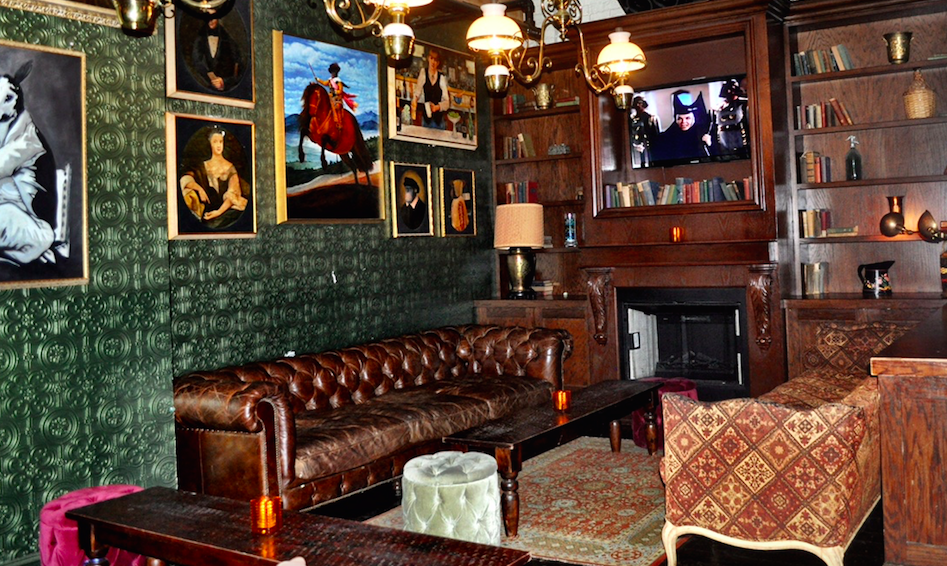 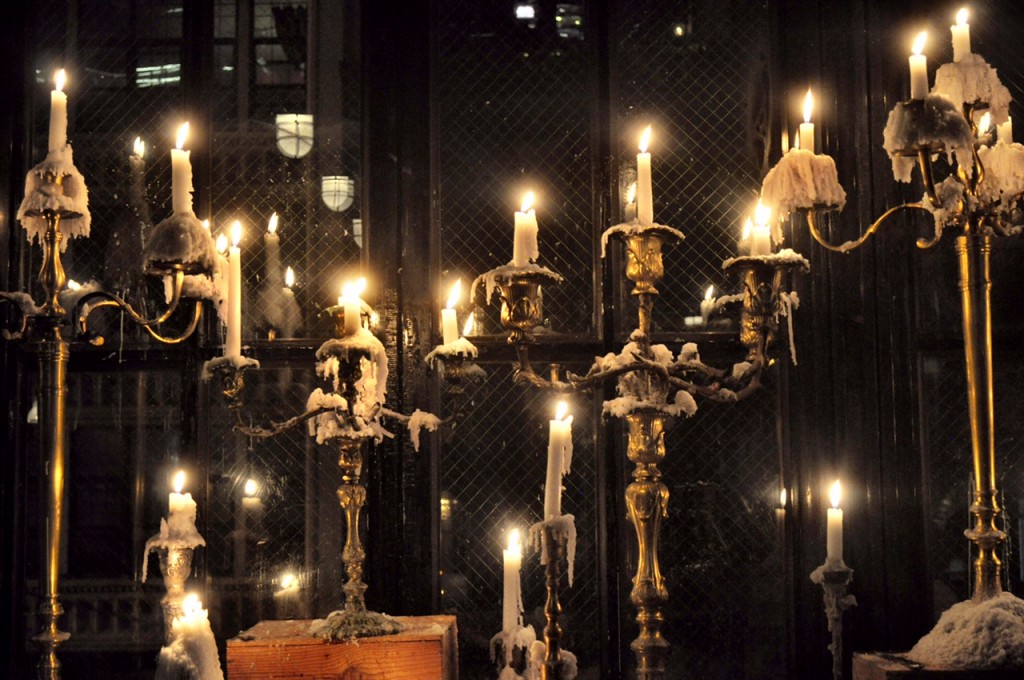 Over bites of bacon wrapped dates and steamed PEI mussels, Brand Ambassador, Ian Colgan took us through Guinness’ storied history. It began as a small brewery on a 4-acre lot in Dublin, Ireland. Today the main brewing facility is a tad larger operation that sits on 53 acres across 3 zip codes. The 1.2 million barrels produced annually at that location are transported via secured- access underground tunnels across the main campus. 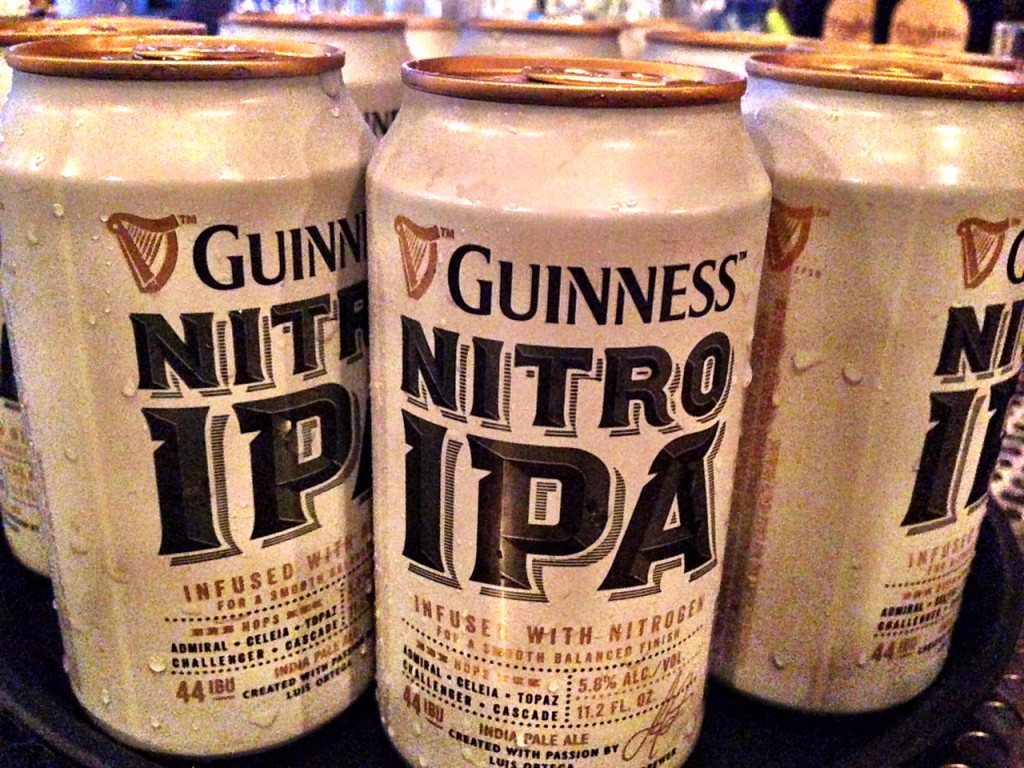 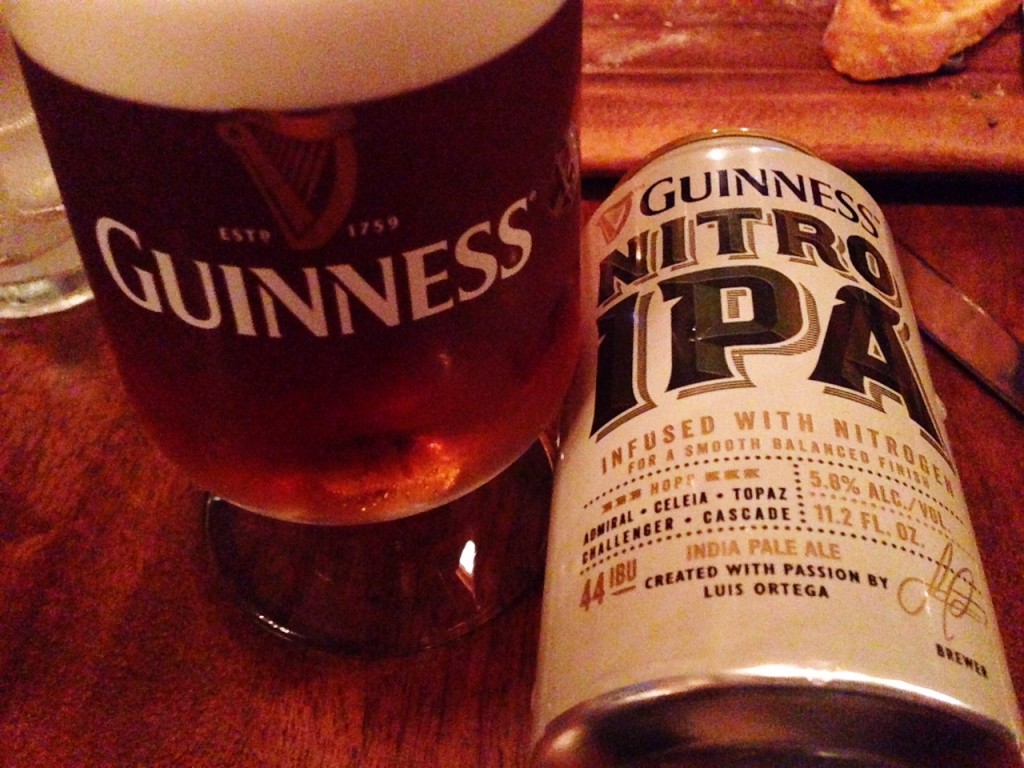 The IPA has that luscious mouthfeel you come to expect from a nitro pour. Every sip remains feathery and approachable until the end. The slight hop profile and subtle bitterness dont linger too long. If you are one of those folks who want get their feet wet in an IPA experience without being overwhelmed, this is for you. It’s a well-made option with 5 hop varietals, produced by an old friend who’s been making classic beverages since 1789.