Home Around Town WTF! Goose Island & The Macallan Create The Pairing Of The Year

WTF! Goose Island & The Macallan Create The Pairing Of The Year 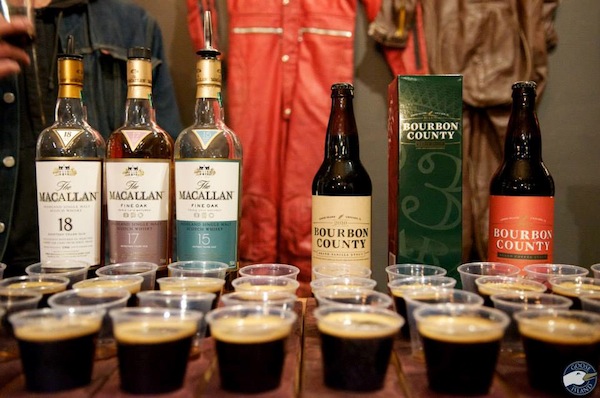 The Macallan and Goose Island bring out a ridiculous list of scotch and beer to pair..all proceeds benefit the Lincoln Park Homeless Shelter

The invite was light on details. It simply said “Join us for a special BCBS tasting with our friends from Macallan.”  When I got there I was blown away by the gravity of the situation.

It was a scotch and beer pairing of the highest order at a mens boutique shop – Isle Of Man Chicago. The scene was very nostalgic for me, the very 1st story ever published on this website of ours was about these 3 beers –  Bourbon County Vanilla, Bourbon County Rare and Bourbon County Coffee. During our travels, the worlds of fine spirits and beer have crossed paths often. Some of our favorite spots, Bangers & Lace, Hunter & Tails, Delilah’s to name a few, have all been places where we heavily explore the connection between the two…but never anything quite like this.

Most of The Macallan events I attend are at Union Station in the Great Hall. The story behind this affair is that the 2 hosts of the evening both enjoy shopping at Isle Of Man Chicago. Our pal at Goose Island Russell Woelfel has a background in the spirits industry, he is also an avid scotch fan. Russell and Macallan Brand Ambassador – Jeremy Fonicello decided to combine their resources and pair 3 of the finest single malt scotches with 3 variants of Bourbon County Stout. 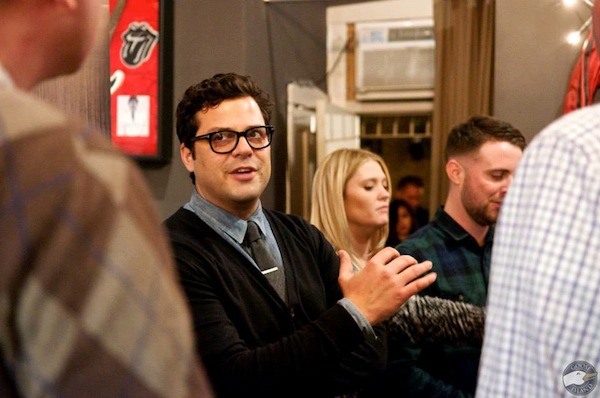 Jeremy shared the story of The Macallan and why their 15, 17 and 18 year vintages paired so well with this wicked lineup of special Bourbon County Stout releases

Lets have a look at the pairings.

The Macallan 15 and Goose Island Bourbon County Stout Vanilla (2010)
The 15 is triple cask matured. Meaning it spent time in American oak barrels, American sherry barrels, then sherry oak barrels from Spain.
BCS Vanilla to me has always been the rockstar of the all  Bourbon County Brand Stout variants up to this point. I recall going to Darkness Day up in Minnesota and of the bottles we brought to share Vanilla is the one people really went nuts over. There were 10-12lbs of whole vanilla bean added to each barrel! The flavors have fallen off a bit but still hold up surprisingly well for this to be a three year old beer. 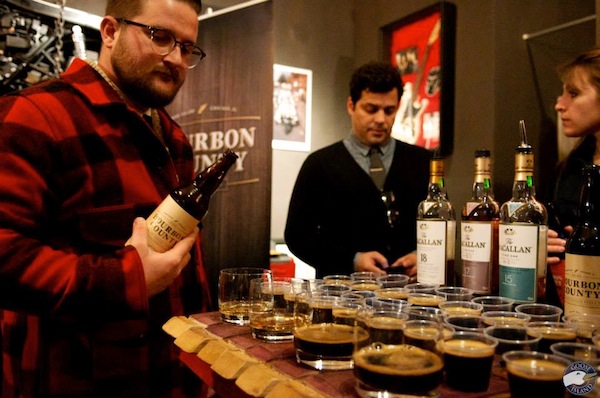 The Macallan 18 and Goose Island Bourbon County Stout Coffee (2012)
The 18 is matured exclusively for eighteen years in sherry oak casks from Spain. This was a ridiculously awesome flavor combination. The ’12 Coffee BCS was chosen over this years version because the coffee blend was a favorite of the crew.

Intelligentsia is the coffee roaster of choice every year. In 2012 it was the Honduras La Tortuga blend used in coffee BCS. Notes of mango and tamarind in the beer complimented the waves of dried fruit, ginger and smoke in The Macallan 18. 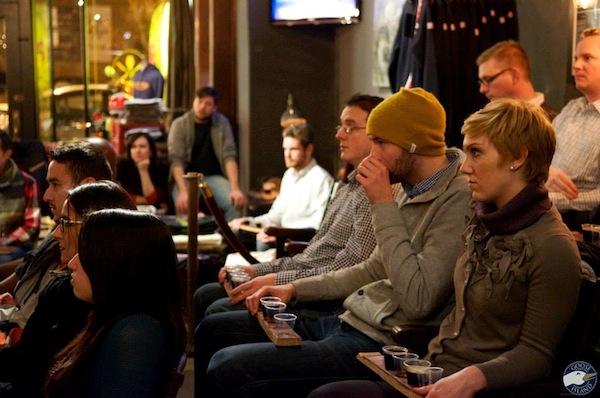 The Macallan 17 and Goose Island Bourbon County Rare (2010)
The base beer for Rare is BCS ’08, it was aged in 25year Pappy Van Winkle barrels for two years.
There was gent in attendance at this event that described BCS Rare as a “unicorn beer”. Something he’s heard of but never actually known anyone that has seen or sampled it.The Macallan 17 was the logical choice for Rare as it was seasoned in ex bourbon barrels for seventeen years.

Overall this event reminded of the gatherings we would participate in when I started my craft beer journey. Those moments that felt like magic because it was unlike anything you had experienced before…it took me back to the essence.

Cheers to the Isle Of Man, their space is quite the groove. Think Steve McQueen meets Ralph Lauren. They restore motorcycles in the rear, there’s a popup store next door to the main shop dedicated to entertaining small groups. This was the preview hour to the main event, it was an intimate gathering of about 17 people. It was humbling to be included on that list. The main event Isle Of Man/ Barbour Presents: Barbour, Bikes and Booze was next door in the retail shop where bottles from all 3 pairings were raffled off.  Proceeds from the evening went to the Lincoln Park Community Shelter. 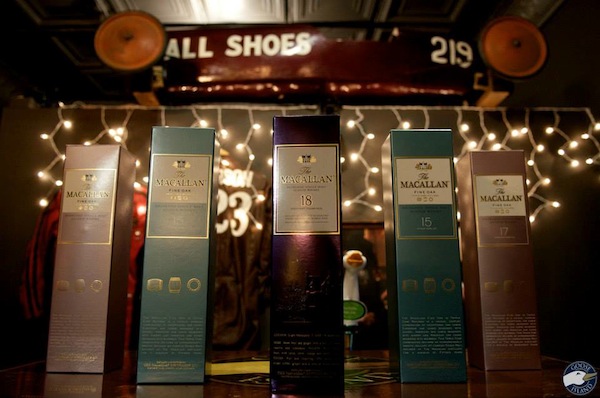 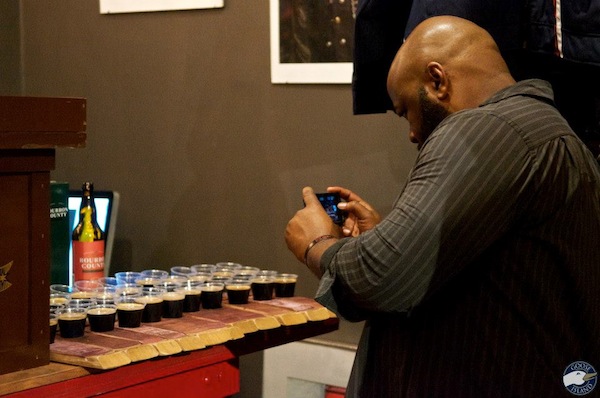 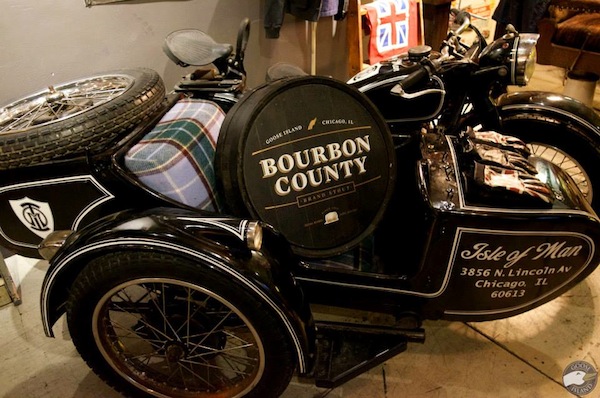