This past Thursday,  a quorum of the Chicago Beer Geeks assembled (Dan, Nik, YellowBird, and Oscar) for a beer dinner at Whole Foods Lincoln Park (1550 North Kingsbury St.). We teamed up with Chef Won Kim for a Chicago-themed 5 course dinner paired with 5 different Chicago beers.

The first item of the night was a deconstructed Chicago-style hot dog paired with Half Acre Gossamer Golden Ale. I had never eaten a hot dog with a fork before but it was tasty nonetheless. Gossamer, Half Acre’s blonde ale paired with the dish, was a refreshing way to start the night.

Next up was deep dish pizza paired with 5 Rabbit Huitzi Midwinter Ale. I was a big fan of the pizza, a deep dish with a crisp crust. This was my first time trying the Huitzi, a Belgian-style strong pale brewed with hibiscus, ginger, thai palm sugar and honey. You could definitely smell the Hibiscus in this one. As for the taste, moderately sweet with fruity Belgian yeast flavors. 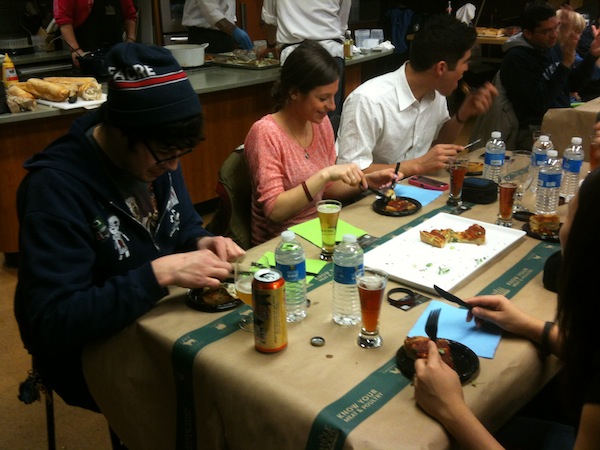 The third course was an open-faced Italian beef paired with Revolution Eugene Porter. The sandwich was great, the beef was succulent and the giardinera had the right amount of spice. The Eugene was nice touch, this light-bodied, creamy porter helped counter the spice of the sandwich. 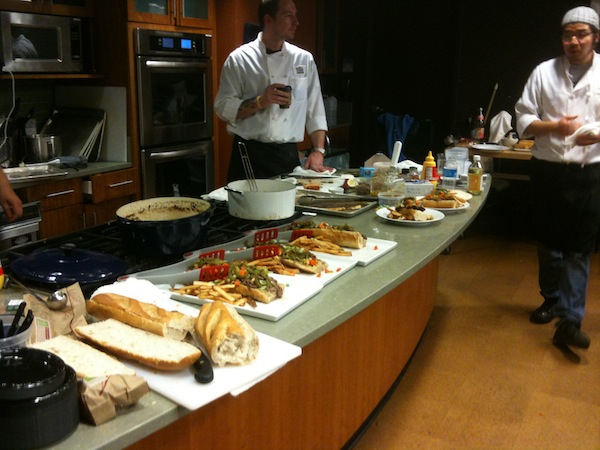 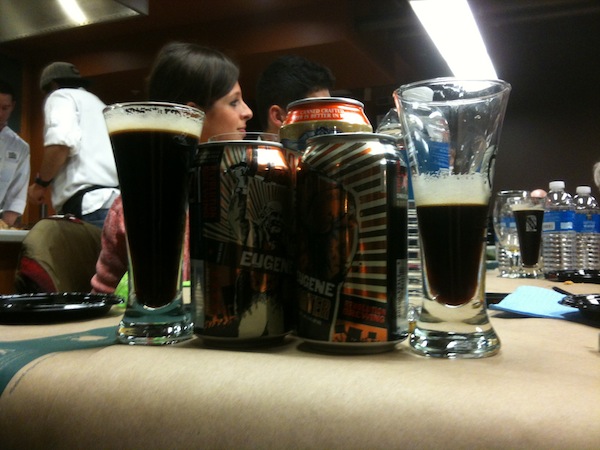 After that, Chef Won Kim served up tamales paired with Wild Onion Hop Slayer. Apparently he couldn’t get corn husks so he had to wrap the tamales in banana leaves. The tamales were served Tamale Guy style in a ziploc bag and served with a green salsa. The tamales were solid and the ziploc was a nice nod to Claudio. The Hop Slayer was a nice change of pace from the other beers, a citrusy, hop forward double IPA that was very drinkable despite the high ABV (8%). 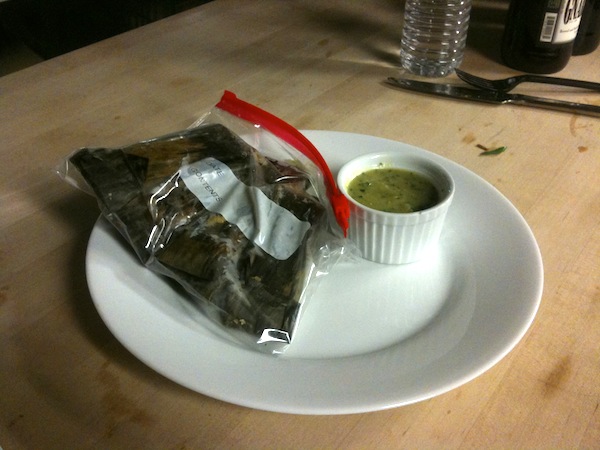 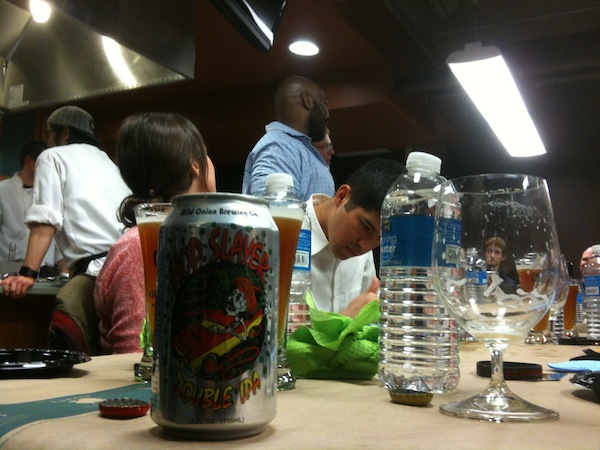 The final course of was an inside-out “Twinkie” paired with Pipeworks Close Encounter. The dessert was certainly tastier than a normal Twinkie, I particularly enjoyed the fresh strawberries and blueberries. As for the beer, Close Encounter is Pipeworks’ hoppy double stout. I found that the dark, roasty flavors of the double stout, paired well with the dessert. 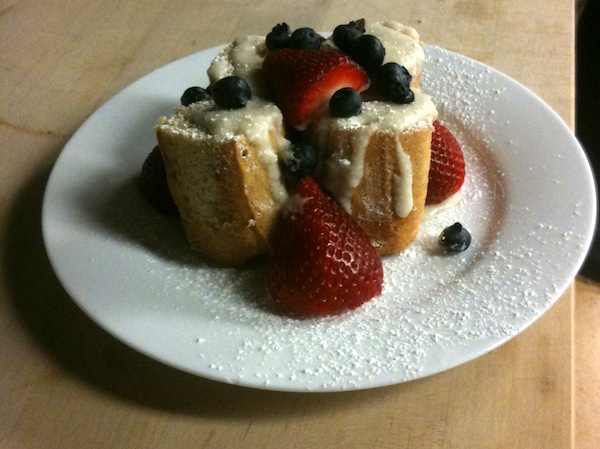 To cap off the night, Nik shared two bottles from his personal collection, a 2007 Lagunitas Gnarleywine and a Three Floyds Barrel-Aged Behemoth. I’ve alway enjoyed Gnarleywine but never tried any of the older vintages. The age really mellowed the heat on this one, very drinkable for a barleywine. As for the BA Behemoth, despite the barrel-aging the hops were still very prominent. These two barleywines were a great way to cap of a fun night. Thanks to Chef Won Kim and the Chicago Beer Geeks, a good time was had by all. Hopefully there will be more beer dinners in CBG’s future. Until then, cheers! 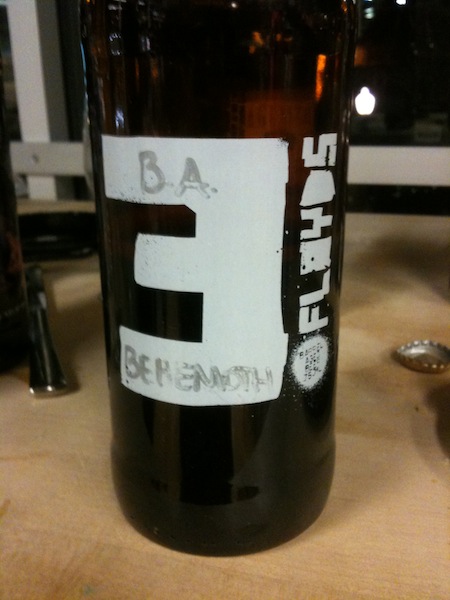