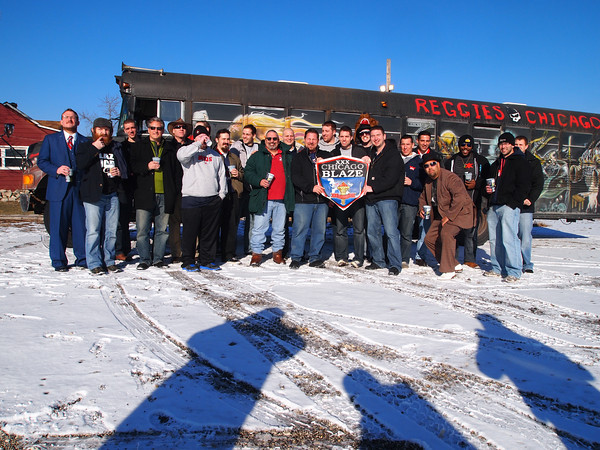 It was a pub crawl led by a rugby team to 7 locations in the city and suburbs ( I cant make this stuff up). Norm Smyth and Jeff Friends are members of the Chicago Blaze. They did a great job of combining their love of sports and beer to create one of the hippest trips I’ve been on in a long time – The Blazin Pub Crawl. The tour started at the Blaze Clubhouse in Lemont. Lets be honest, who even knew Chicago had a rugby team? Or that it was sponsored in part by a local craft brewery! The itinerary called for us to drink two pints at each location. We’d like to consider ourselves hardcore, but certainly not as much as these cats…we tapped out after 5 of the 7 stops. But not before we learned about the local rugby scene and had a blast cruising the burbs in the Reggie’s Rock Bus.

The Chicago Blaze Rugby Club was established in 1982, they are one of the few rugby clubs to own their own facilities. Rugby is a lifestyle for this crew, many of whom describe the clubhouse as their home away from home. The space is all inclusive with a kitchen, a full bar and entertainment rooms. Rugby tradition calls for the home team to host their opponents with food and beer after games. The Blaze host their opponents right on the clubhouse grounds. It really is a pretty cool setup and something they take pride in. The Blaze consists of current players, sponsors, associate youth teams and fans.  No experience necessary is necessary to join, and it is quite the experience. The plans for their new clubhouse are really impressive. The new state-of-the-art  Blaze home will come complete with a banquet hall and an even bigger bar!  Check out a full artists rendering here. They have raised 200,000$ to date toward their goal of 1M$

Sometimes my favorite part about living in the city is escaping the city lights, and enjoying gems like this tour in the surrounding suburbs.

Here is a look at the all the stops on the pub crawl that we hit. 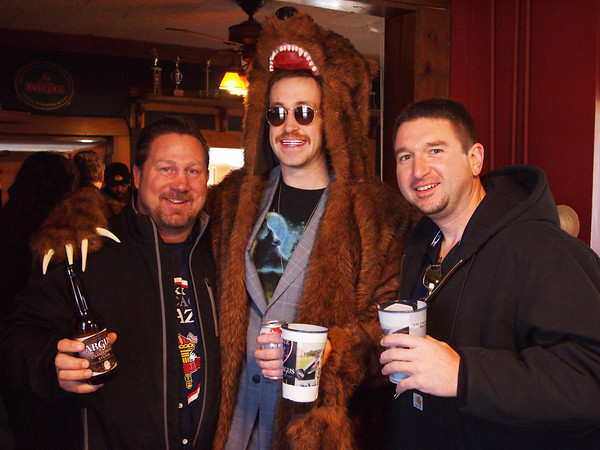 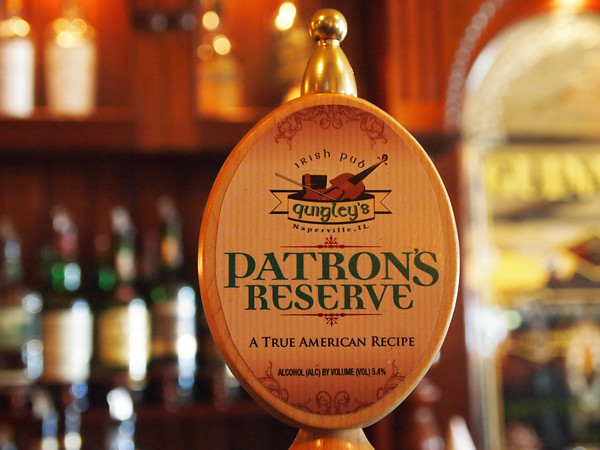 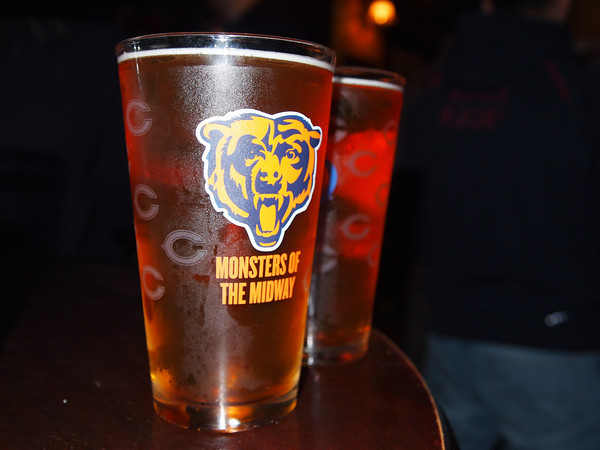 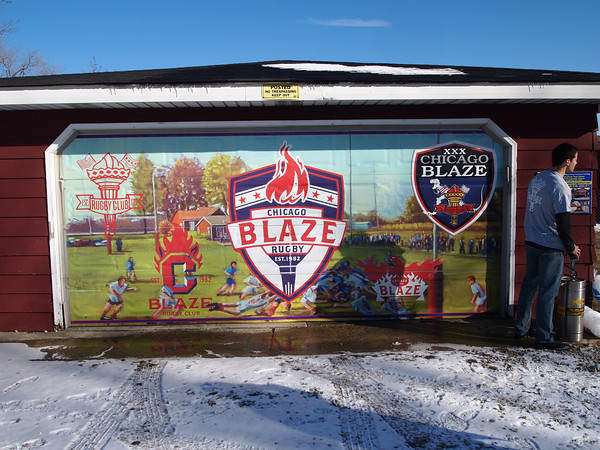 * For more scenes from the Chicago Blaze Pub Crawl be sure to checkout our Facebook page. (don’t forget to hit the like button) 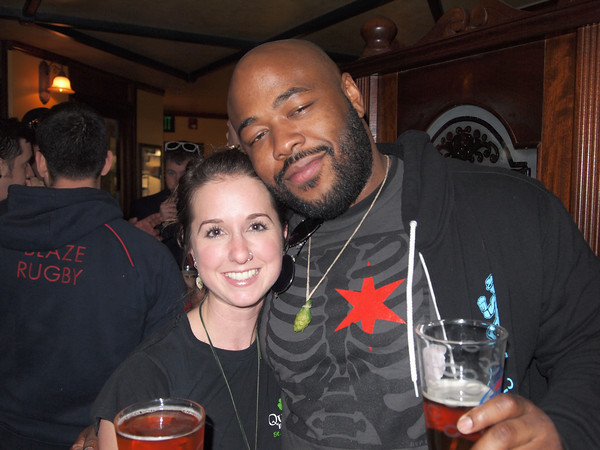