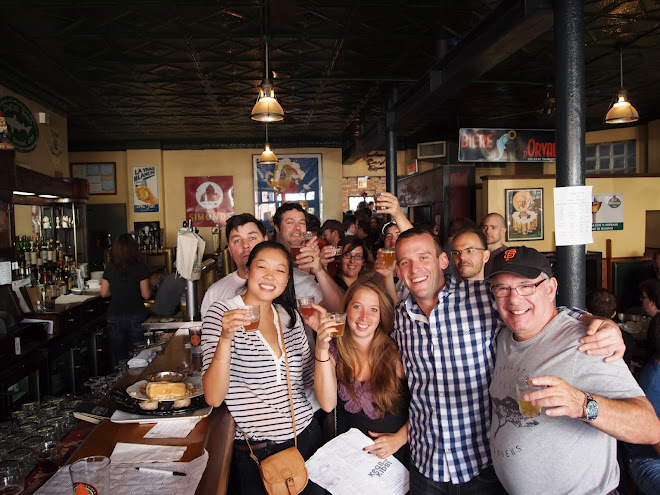 Hello Chicago!! CBG Nik here! I would like to introduce you to a couple of our friends who graciously played the role of Guest Correspondents for this article. Kevin Salvi – Owner of the Chicago Brew Bus and Joseph Harvey – Founder of Illfotos.Net and In The City TV. Without further delay here is the story of Kegs For Kids as seen through the eyes of these gents! 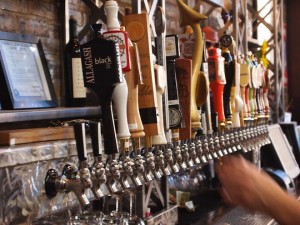 Kevin Salvi- The Chicago Brew Bus
This is the best beer event I have been to in a long time. With so many beer events popping up around town it was nice to see one run the right way.  It was so much better than the last party I went attended (Midwest Brewers Fest).  A big reason why Kegs For Kids was so fun was the location. Hopleaf is one of the best bars in the city. The staff was very knowledgeable and knew everything about all the beers. What was even cooler than that was that you didn’t have to worry about keeping up with the same glass all night long. Every time you went up to the bar they gave you a new glass. The layout was well done, and there was food everywhere!  Eats were conveniently located all along the tables and bars. There was even a wine section presented by Freddy Brown from Winebow!

My favorite beer was the Tilted Smile from Unita. It’s a beer Ive had before but never seen on tap. It is big in alcohol, yet approachable & versatile. Confidently balanced with Saaz Hops & Pilsen Hops.

Here’s a list of all the beers I enjoyed. 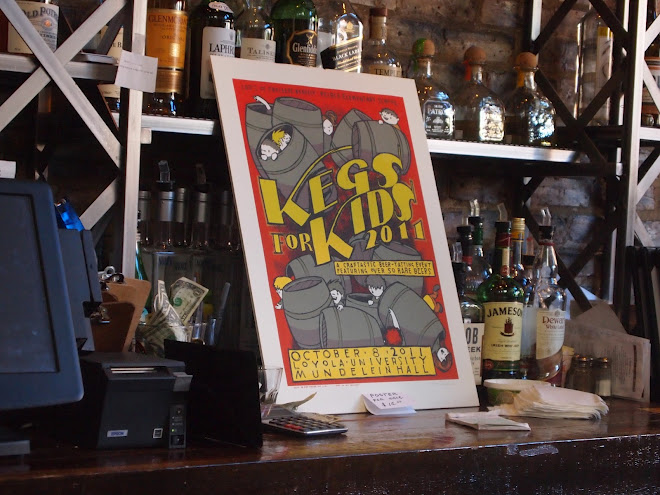 Joseph Harvey- Illfotos.net & In The City TV
Initially I was put off by the fact that there were no TVs at this location. I’m a Bears fan and it was Sunday afternoon. My concerns quickly faded when I saw how awesome this taplist was. Kegs For Kids is a fundraiser for Friends Of Peirce to further quality education at the local grammar school – Helen C Peirce.The way they chose to run the silent auction was pretty cool. Many stations had QR Codes next to them. You could just scan the item you wanted, then go online and place your bid.The rumor going around for much of the day was that going forward Hopleaf would be the permanent home to this event. In the past Kegs For Kids has allowed us to explore some of the coolest spaces on the city’s far north side. Two years ago at the Metropolis Coffee roasting room was a night to remember. Last year on the Loyola University campus at the Mundelein Hall was as  sophisticated a beer event as I’ve ever been to. Although we will miss the idea of a traveling, top-tier craft beer festival, it is exciting to see them find such a cool home for the event.

I spent much of the day enjoying delicious, catered food while floating from bar to bar with my camera. I had a lot of fun beer conversations, and since I’ve been hanging out with CBG Nik I’m definitely no longer the novice I was last year. My favorite beer was the Oaken Dagger from Against The Grain. It was a Biere De Garde aged in Angel’s Envy Bourbon Barrels for 20 days!   Be on the lookout for more contributions from me as we continue to capture the moments and images that make Chicago such a great place to celebrate craft beer.

*all photos courtesy of Joseph Harvey 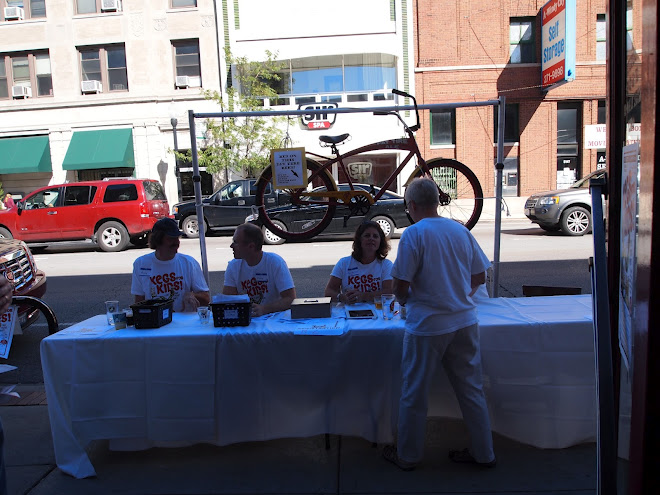 Friends Of Peirce greeting table at Kegs For Kids 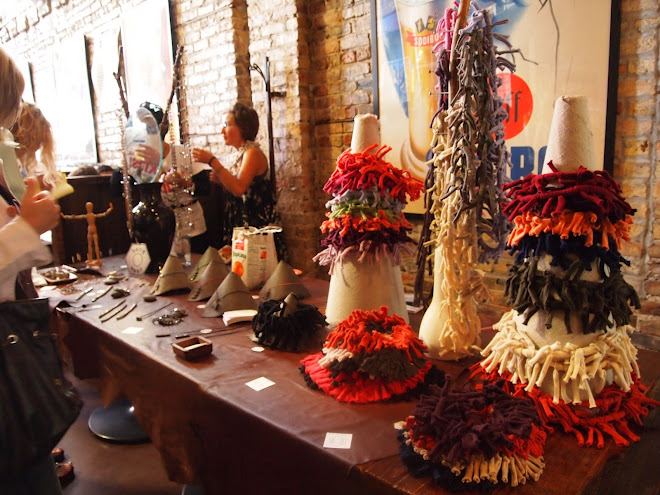 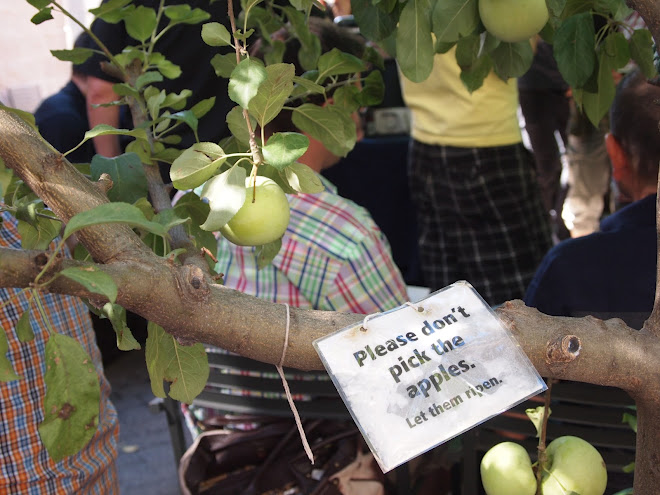 Apples!! on the Outside Patio. This was also home to some rare treats from Goose Island including En Passant, Black Mission, Minx and Grand Gas 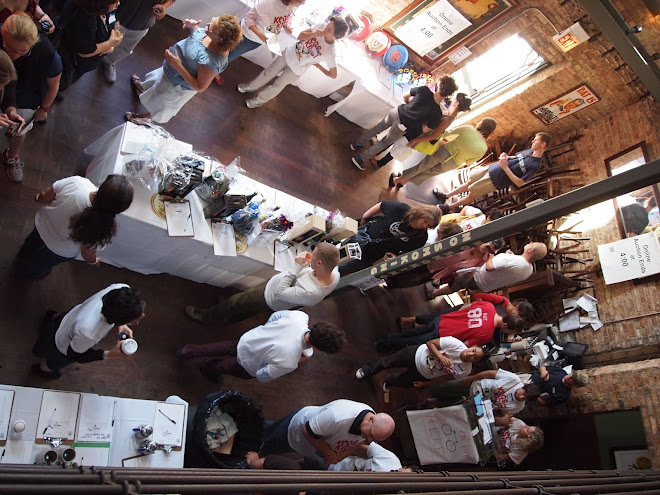 view from the Upstairs Bar. home to treats like Zombie Dust and Ommegang’s The Art Of Darkness 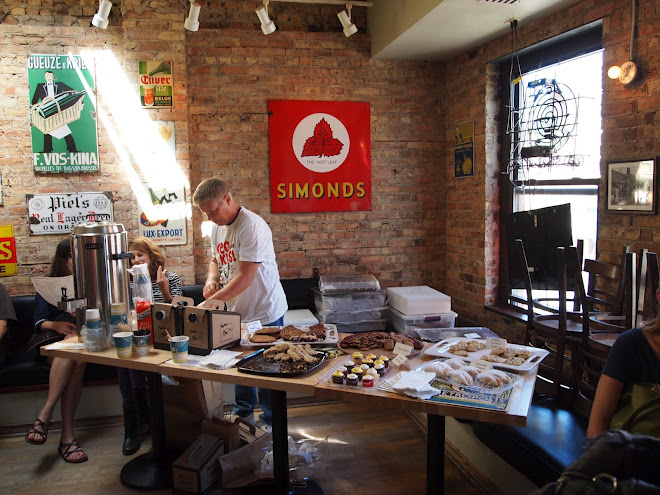