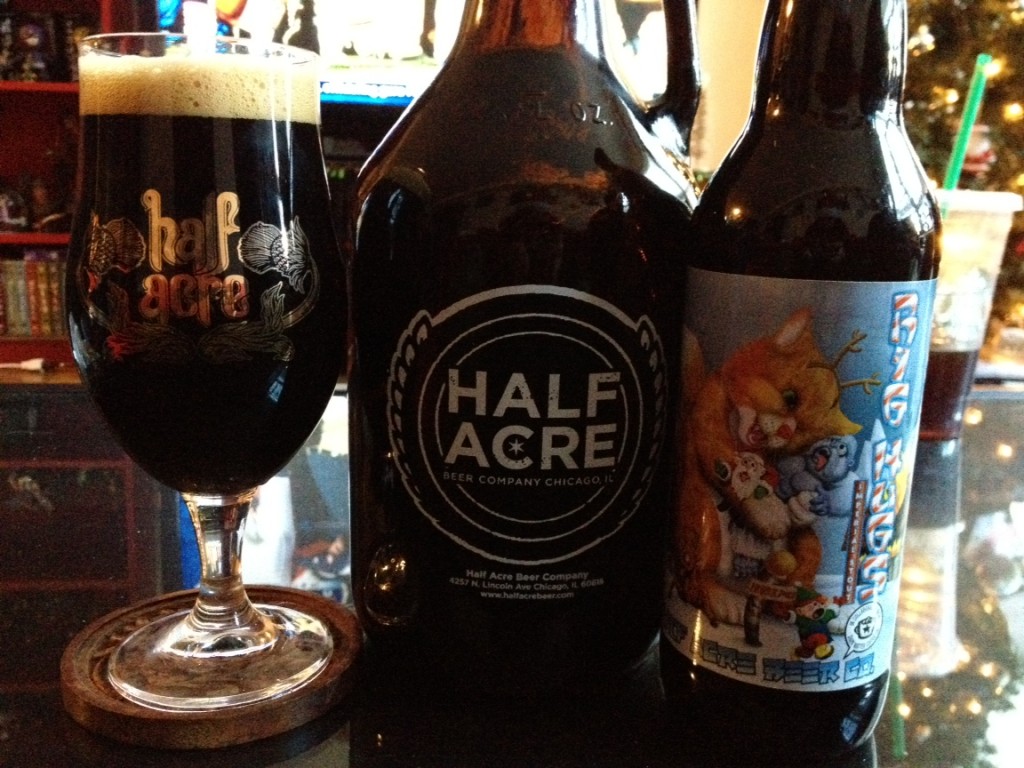 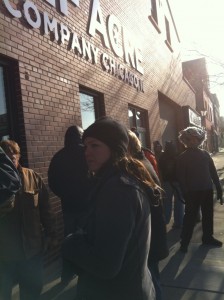 The first 15 ppl in line

Following August’s release of Galactic Double Daisy Cutter, many fans’ complaints and suggestions surfaced on Half Acre’s Blog, a majority of them coming from9-to-5ers.  A noon release on a Friday prevents many job holders the ability to get early dibs on bottles.  High bottle limits allowed the able attendees to claim a majority of the bottles’ stock.  One POS register taking both card and cash increased wait times to purchase your allotment.  Big Hugs 2011 is Half Acre’s next “big” release since GDDC.  In anticipation, many of the suggestions have been implemented to hopefully get this brew into as many hands as possible, while being as hassle free as they can make it.  The release fell on a Sunday, with selling beginning at 11 a.m.  The bottle allotment decreased to three bottles and two growlers per person, a cash only line debuted as well.  In preparation, I properly prepared myself by getting a growler cleaned and sanitized, as well as withdrawing enough cash for my purchase.  Half Acre also promised a prize for customers who come dressed as a cat.  Naturally, I fashioned myself a simple, yet effective costume. 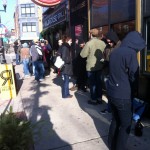 Big Hugs line down the block by 10a

We arrived to Half Acre at 9:40 a.m., where there were only 15 other people lined up before me, five of which were cats.  In the past, coming 30 minutes early was always effective, but considering a weekend release, I expected the line to have rapid growth.  By 10 a.m., the line doubled to 30 people.  we checked the length of the line at 10:55, and the line extended around the corner, down Cullom Ave. past the alleyway.  Promptly at 11:00 a.m., the brewery opened, and we were directed to go into the garage door of the brewery if we were purchasing with cash, or into the storefront if paying by card.  Walking around the brewery is always a great pleasure, and this is the first time I have been in for a beer release.  One big surprise however, was a coffee stand set up near the entrance where Dark Matter coffee was being sampled to patrons upon entering the brewery.  Tasting the coffee that was used in the beer is a great way to expect the type of flavor notes present in Big Hugs.

Once in the heart of the brewery, everything was set up into stations:  growler fills,merchandise, packaged beer, including Big Hugs bombers and their year round cans, and finally the check out table.  Two employees helped with the growler fill station, where they also offered samples of Big Hugs.  This was the most time consuming station.  To aid that though, new growlers were being pre-filled for customers who did not bring growlers to refill.  The next station was merchandise, including T-shirts and glassware.  This station had little traffic, which most activity came when someone wanted to purchase their new tulip glasses.  The beer station was next, where Gabriel assisted in handing out bombers of Big Hugs.  To help carry bottles, they offered handle bags, made from old grain bags that had a stamped Half Acre logo, a very nice touch.  Lastly came the check out table.  This was another two man operation, with one calculating your total, and the other gathering your money and change. 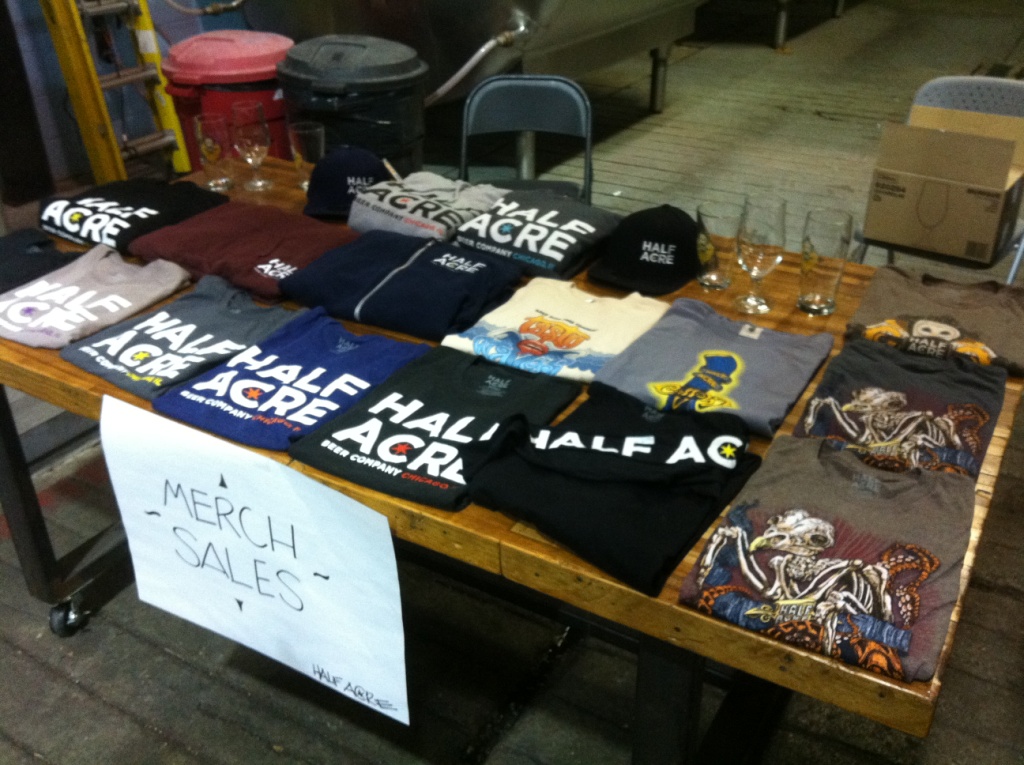 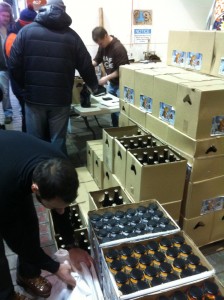 If you came dressed as a cat, this was also where to claim your prize, which was one of their new tulip glasses.  Word also got around that some cats received growler fills, T-shirts, bottles of previous Big Hugs, and bottles of Barrel Aged Wake of the Flood.  The efficiency of the operation was amazing.  I spent time taking pictures, yet I was still on my way out by 11:05 a.m.  This event ran smoothly and had great organization.  Upon leaving, the line outside was already half as long and was moving quickly.  During the afternoon, Half Acre tweeted, “We carved the Big Hugs line down. Hugs purchase a breeze. If you want it, come and get it with ease.”  Their new system seemed flawless, and I hope they continue with releases this way in the future.

This whole effort would be for nothing without the most important part, the beer.  Once home and set to watch the Bears game, I cracked open my growler.  It poured a beautifully pitch black color that quickly formed a large head.  The head retention was great, especially for a 10% abv beer.  The aroma contained immediate notes of coffee, followed by the sweetness and roastiness of the malts.  Upon the first sip, huge coffee flavors smacked you in the palate with a coffee intensity.  The beer is quickly rounded out by the chocolaty sweetness and the roasty bitterness of the malts., Big Hugs taste amazing.  The body of the beer, as well as the carbonation were just right, and dried my palate just enough to want more.  This is the perfect beer for coffee enthusiasts, the growler’s life ended young.  Thank you Half Acre for a perfectly run release, and an amazing beer to boot. 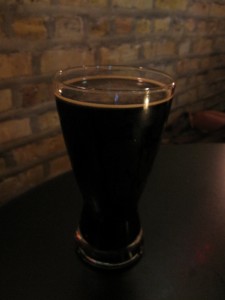