He Said… She Said… Local Tap Takeover @ The Village Tap 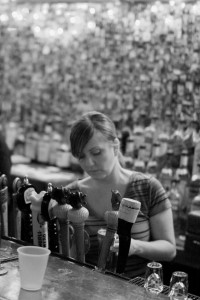 (he said.. Nik) It was cool to see a tap list dedicated to only Chicagoland beers..all 26 taps. With a name like the ‘Local Tap Takeover’ we had to swing by and ended up having a very festive summer evening. Soon as I get there, I see former Goose Island brewmaster Greg Hall enjoying a Zombie Dust in one corner and the VP of Sales for Argus Brewing Joe Mengel in the other. I congratulated Greg on his latest venture: Virtue Cider. Shared laughs w Joe and Leslie from Argus ; a very cool brand ambassador sporting a train conductor hat. I had to let Joe know how much I enjoyed the ‘Rye Wit #1’ we sampled at his tasting room at the brewery. Then we watched as craft beer lovers from all across town gathered at one of the city’s best bars for this event.

(she said..Jessica) You know thursday night was a night of “Finally!” for me Thursday when I attended the local tap takeover at TheVillage Tap in the Roscoe Village neighborhood of Chicago. I FINALLY got to try Galactic Double Daisy Cutter from Half Acre; I FINALLY sampled Hop Slayer by Wild Onion; and I FINALLY met Steph, my fellow Chicago female beer blogger (check out her site)All in all, a fantastic event with fantastic beer at a fantastic bar. 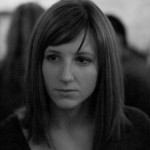 Steph aka The Girl and her Beer

(he said..) Over sips of Marisol (Goose Island) I noticed that there was a great energy in the air. Brad Chmielewski one 1/2 of the Hopcast was spotted in attendance, so was the lovely Jessica dba Anhalt from Metro Brewing. Lincoln Anderson: Minister of Propoganda at Three Floyds made a brief appearance as well as Holly Christopher from the city’s oldest beer distributor Louis Glunz.

(she said..) I arrived at 6:30pm and immediately went up to the bar to inquire whether Half Acre Galactic Double Daisy Cutter was still available. I failed to get any on it’s release day two weeks ago, and they ran out at Oak Park Micro Brew Review before I was able to get my hands on some. Luckily they hadn’t run out and the bartender poured me a sniffer of golden-amber deliciousness. This beer smelled amazing, like freshly cut pineapple. Half Acre has outdone themselves with this beer; it is quite possibly liquid perfection. It was definitely worth the wait.

(he said..) A few of us at the bar got really excited when we overhead that the 5 vulture from 5 Rabbit was being tapped. It turned out that it was just a rumor 🙁 I asked a few people if it was usually this packed on thursdays. His reply was ” dude this is a neighborhood tavern, it hasnt been this packed all summer!” nice! I had a seat near the tap handles, ordered the carne asada nachos, a ‘fear no beer’ tshirt and the Flywheel (Metro Brewing) 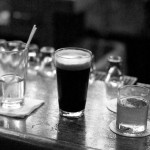 (she said..) Another “finally” moment was tasting Wild Onion Brewing Company’s Hop Slayer for the first time. I had met Brendon, a sales representative for the brewery, a few months ago at Map Room, just as they poured the last of this double IPA. This always happens to me there! Brendon was at Village Tap along with not only Hop Slayer, but also Mighty Oak Strong Ale, Jack Stout on nitro, and Pumpkin Ale. All of these beers are delicious; I am excited to see what else will be showing up around Chicago from this brewery. The Hop Slayer didn’t disappoint; it had an understated citrus on the nose and creates a powerful hop punch in your mouth. The Mighty Oak Strong Ale was light and effervescent on the tongue with lingering malt on the finish. It was a dark, reddish-brown hue with a flavor profile that reminded me of a Scotch ale. The Pumpkin Ale was fantastic; it was easy-drinking, not too heavy, and a good everyday fall beer. It was malty yet dry, with a lingering pumpkin pie spice on the finish. Rumor has it that we at Chicago Beer Geeks will be heading up to Wild Onion to get a more in depth taste of what this brewery has to offer. Stay tuned!

(he said..) The vastly underrated Victory Pale Ale from Emmett’s was awesome as usual..very fresh, nice and hoppy. Always nice to see this offering on tap. What excited me most about tonight was to see the beer community come out and celebrate the fact that we have so many insanely different options for well crafted beverages in this town.

(she said..) A really cool aspect of this event was that there were big shots from local breweries everywhere intermingling with beer lovers. 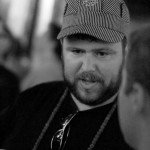 I was introduced to Nick from Argus Brewery and tried their California Steam Ale that was on tap. What a surprise! It was a little hoppy for a steam beer; not overpowering but just enough to add a little spiciness on the finish. I had read the Chicago Beer Geeks article just that afternoon about their awesome private tour of the Argus Brewery. It made me realize that I have been mistakenly passing this brewery’s beer over. I will definitely pick up a six-pack of the steam ale the next time I’m at a beer store.

(he said..) A few weeks back we attended a beer festival in Plainfield, Il. The event was fun, aside from the fact that Plainfield’s finest that roamed the fest grounds w bulletproof vest and asked a beer vendor to leave for going over the pour line. What they didn’t understand, and the misconception of many is that craft beer lovers are a bunch of raging, drunk party revelers. That perception couldn’t be further from the truth as many of us know that a nice beer buzz is such a small part of a much bigger experience.

(she said..) I also ran into Jim, the marketing/PR magician of CHAOS, the home brew club the hubby and I are members of. This poor young soul had never had Three Floyds Zombie Dust so we had to enlighten him. And he loved it; how could he not? It is right up there with Alpha King and Gumballhead. Can’t wait until bottles of this beer are available! 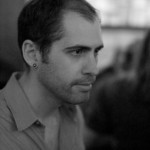 To finish the night, I had Finch’s Dirty Bird, a dopplebock. I was pretty impressed with this beer; it was malty but not too heavy. how’s this for timing: I order a Dirty Bird just as owner Ben Finch walks in, Nik and I walked over and began talking with him. We spoke about Finch’s marketing strategy and what’s next in the pipeline (keep an eye out for barrel-aged Dirtier Bird!)

(he said..) Chicagoans love craft beer. We are a fun, saavy, educated collection of IT professionals, beer journalists, Siebel Institute graduates, homebrewers, business executives, historians, environmentalists and artists who appreciate the art of a creating a quality beverage. Beer brings us all together in a way that few other things can.

(she said…) This was truly an amazing event supporting local craft beer. My one complaint was that there should have been more servers behind the bar. For the majority of the night, there was one poor girl running up and down the bar taking orders and pouring beer. But as I was talking with friends and making new friends, I hardly noticed. I hope they make this a regular event!

@nkosio was a contributor to this story 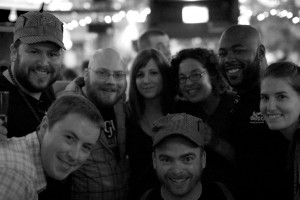