Home Around Town Chicago Avenue Finally Has A Brewpub

Chicago Avenue Finally Has A Brewpub

I’m pretty sure this is the first ribbon cutting ceremony of any kind that we’ve attended. Alderman Joe Moreno was convicted in his belief that this project needed to happen.  He shared how some opposing residents felt about the city’s newest brewery. “I’ve met some of my constituents that made it clear that they won’t vote for me again because of this, but it’s not about them it’s about the next 20 years in this neighborhood.”

West Town’s East Village neighborhood lifted a longstanding liquor moratorium that banned additional permits for alcohol sales on this strip of ‘The Ave’ near Chicago & Damen. Rootmaster- Robert Finkel, Alchemist – Randy Mosher and Head Brewer – BJ Pichman debuted their glorious brewpub in a space once home to the Hub Theatre that first opened around 1913. 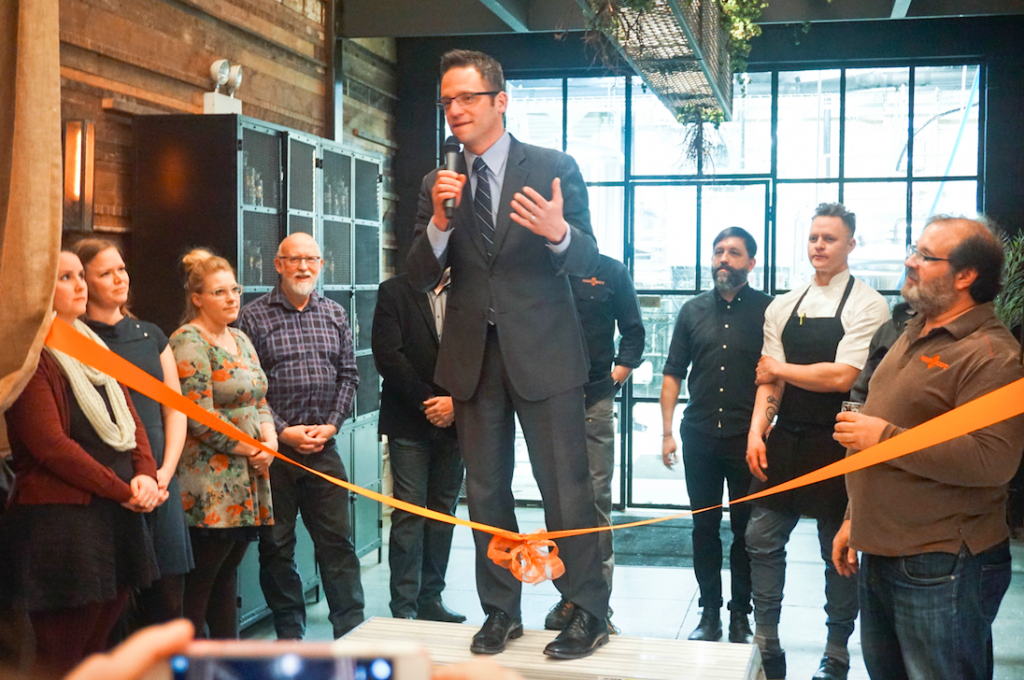 Forbidden Root is a botanical brewing company. In addition to cocktails and a kitchen focusing on rustic American fare, there will be 18 beers on tap in the 7000 square foot space. The custom built DME System is a 15bbl brewhouse complete with 2 ‘infusion tanks’. The concept is similar to what the torpedo process does for Sierra Nevada. One will be for a post fermentation whirlpool to infuse anything from walnuts to chocolate into batches. The second tank is on wheels and slated for cold storage where fruits, spices, roots and other ingredients can be added as needed.

Previous to building out their own space, Forbidden Root brewed out at 5 Rabbit Cerveceria in Bedford Park. The Cherry Amaro Ale along with 4 other beers were on tap for the launch. The crew decided that the cherry stem, although more expensive to source was a better fit than the actual fruit for the recipe. 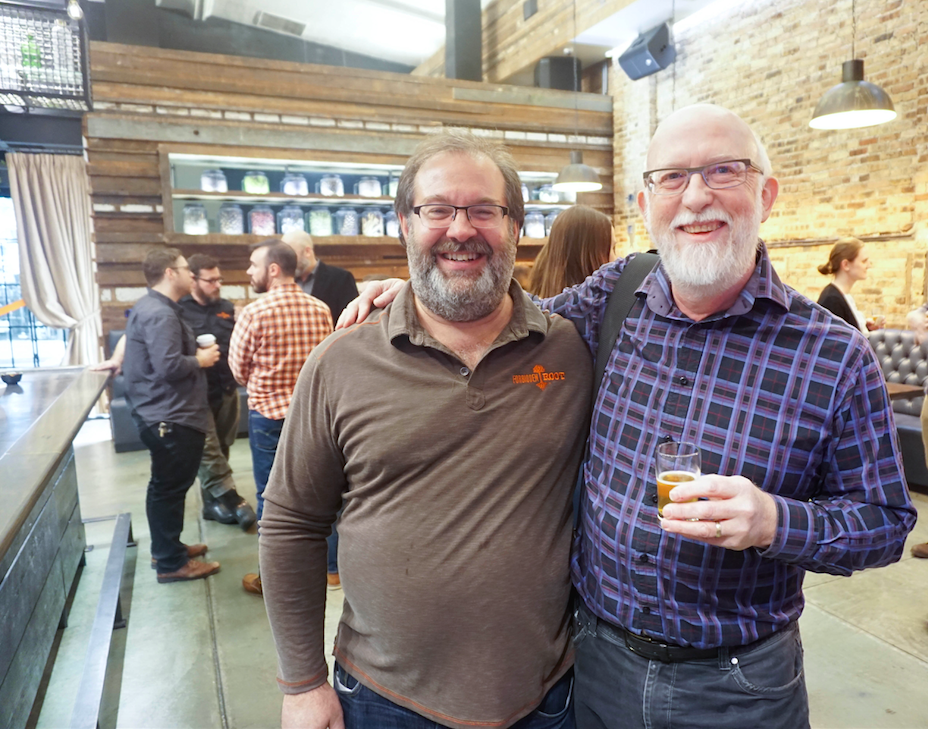 The Grand Opening was an event for the more that 275 people that packed this space two winters ago during the West Town Chamber of Commerce public meeting to gain support for the brewery. 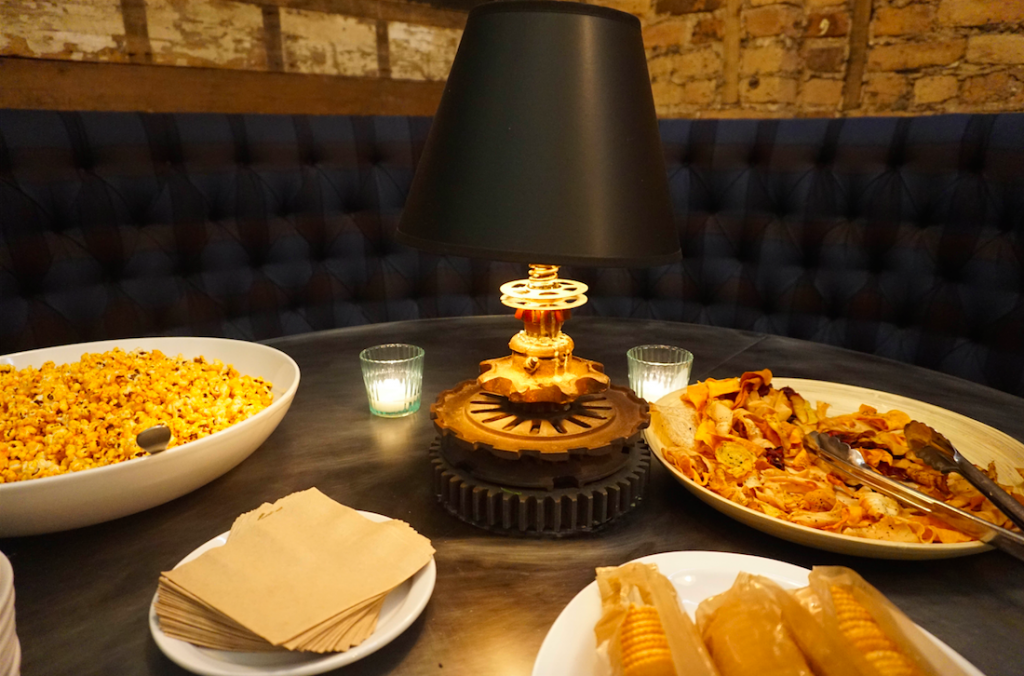 lamps made from decommissioned tractors. seating for 175 people. 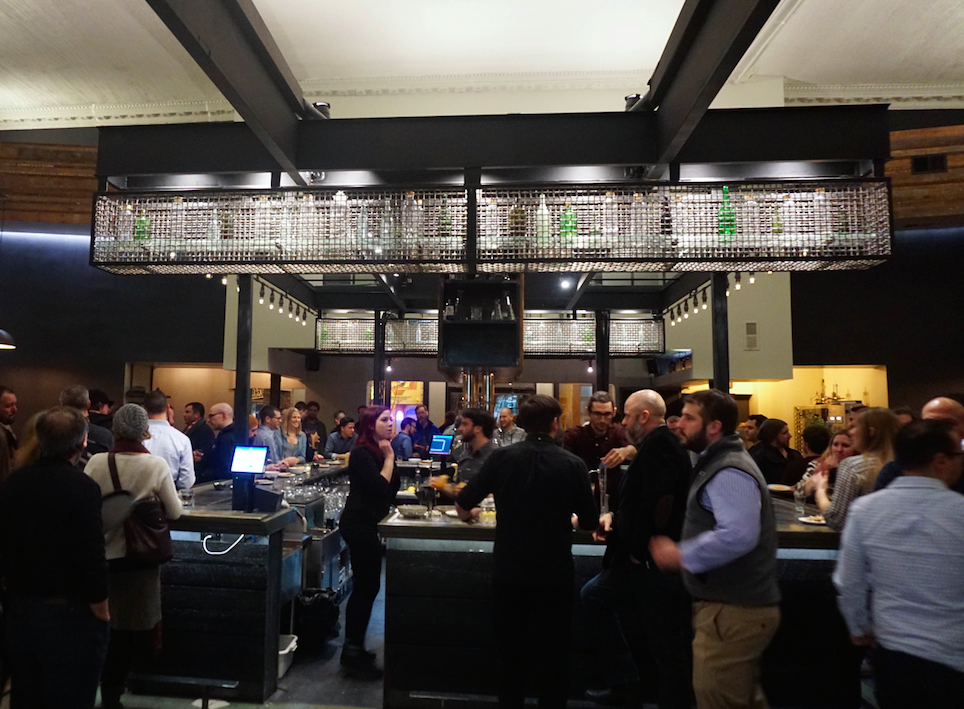 ’64 Impala 5.6%
A beer inspired by the Forbidden Root staff’s love affair with gin and juice.

Cherry Amaro Ale 8.2%
A batch of this beer was original brewed with cherry extract. The team all decided they preferred this version brewed with just cherry stems a little bit more than first beer. 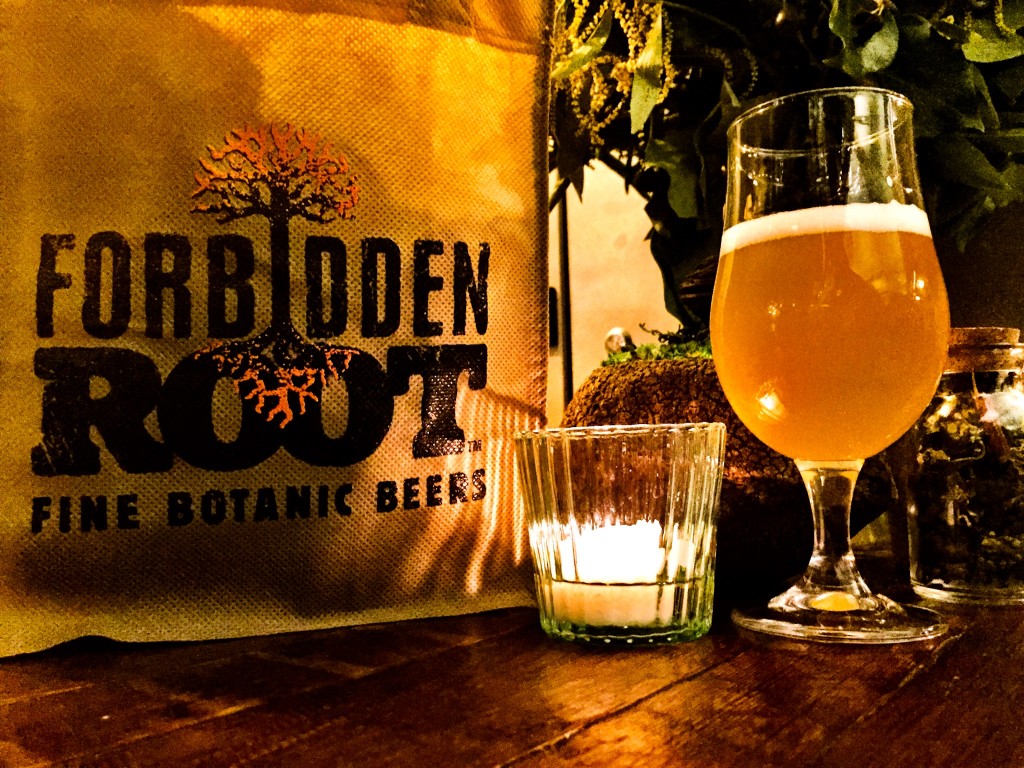 Alderman Moreno was quoted as saying “One man’s gentrification is another mans economic development.”