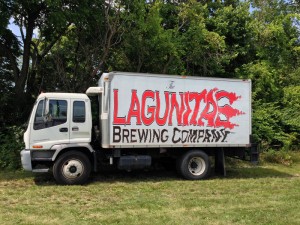 This year was another great weather day out in Plainfield at the riverfront. Not sure who these guys paid off but so far 3/3, each year has been an incredible Summer day. 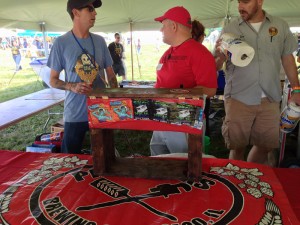 Continuing the trend of improvements each year they have done it again this year. The first noticeable change was the entire fest area has been moved further down the riverfront. While in previous years it was confined to a more narrow and long layout, moving it has allowed them to spread out the tents and have even more room than in the past. However, the old are was not wasted, it was turned into parking. This has been one of the things that was a little hassle in the past as you would have to park away from the grounds and take a bus. This year you were able to park right near the fest, where as in the past this was an option only for VIP. 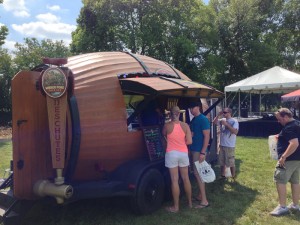 One of the great additions this time that was lacking last year was the ability to serve samples from the home brew clubs that were attending. The clubs that were there had some great brews that could stand up against the production breweries in the fest without question. This was evident when talking to people and hearing them tell others how some of the home brews were in their top of the fest.

The Cask Beer was also a great addition. There were over 15 beers on tap in cask form. Some of these could be found on regular draft at the brewery tables, but it was great to see how they held up on cask. The cask beer was one of the more popular additions to the fest with a large line at many times of the day. One benefit of VIP is the fact that the VIP tent had a separate line to the cask beer which was much shorter. The addition of cask beer this year is something I’m sure they will continue with how popular it was. 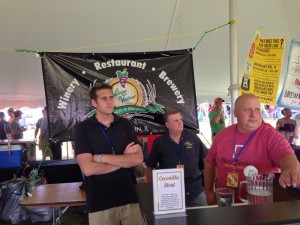 If there was anything that I felt did not improve upon last year it was the VIP tent and drafts. While the VIP tent did include food and special VIP beers like previous years. There was less variety this year than last. With the drafts they had a shorter list and not much description as to the styles of the beers, I had to look them up myself on my smartphone if I was unfamiliar with one. The food was better last year with more variety, but scaling it back made for a much shorter wait and was understandable that they had to change it vs last years order and wait. 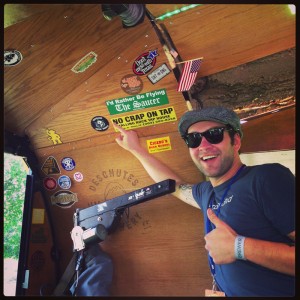 CBG Sticker in the Deschutes Barrel

All in all the fest keeps improving and is still one of the best Chicagoland festivals of the season, as well as one of, if not the biggest. If you haven’t checked out this festival you need to do so next year, or if you missed the last few, give them another chance as it’s better every year. 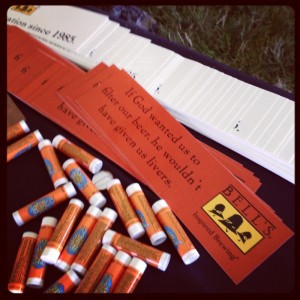