Home Around Town As Chicago As It Gets: Goose Island’s Casimir

As Chicago As It Gets: Goose Island’s Casimir 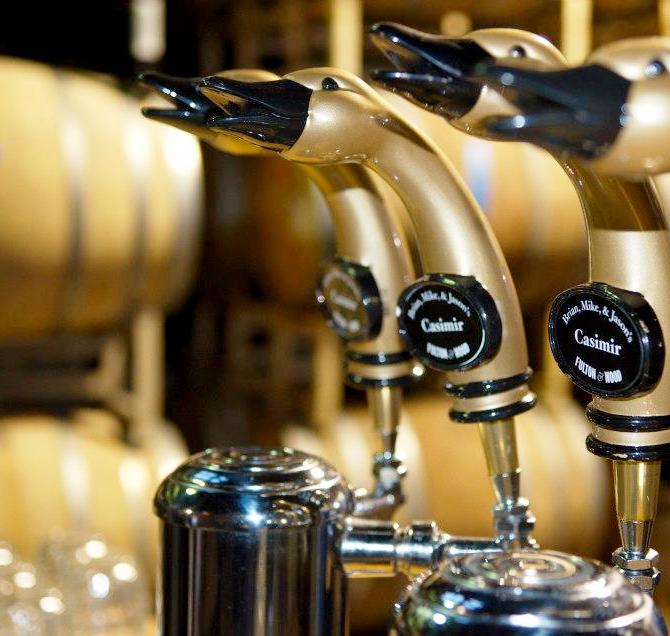 Release number 5 in the Goose Island Fulton & Wood series saw the company put a spotlight on something you rarely see in craft beer – A Polish inspired ale. Chicago has the largest Polish population on the planet outside of Warsaw, Poland. The idea for Casimir came together in the development phase when the 3 brewers on the project discovered they all shared Polish heritage. Casimir is a smoked wheat beer with rye and caraway seeds. Speaking with the guys at their launch party in the Goose Barrel Showcase Room, one thing they mentioned is that although it features smoked malt it is definitely not a smoke beer. 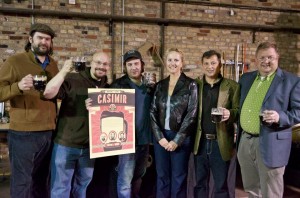 Casimir has all the aroma of a Rauchbier, but that’s where its distinctive smokiness ends. It takes on characteristics that remind you more of a Baltic Porter after a few sips.  This is a perfect Fall season drinking selection right here. Served in dimpled stein mugs with Polka music blaring in the background, much of our Monday evening at the launch party was spent discussing how fun this Goose Innovation Series is for employees and Chicago beer drinkers alike. These parties have forever changed Monday nights around town for guys like me. Every 2 months they give their crew of insanely talented brewers an opportunity to shine with their own creations.

For this beer it would have been easier for them to just purchase smoked wheat malt, but these brewers live in a Chicago State Of Mind. They decided it would be more exciting to head to one of the best smokehouses in the city- Hagen’s Fish Market on the city’s northwest side. Smoking over 1000 lbs of malt themselves made for a more authentic experience and a very cool story. Hagen’s is a family owned operation since 1946 and is one of the last surviving natural hardwood smokehouses in Chicago. The brewers  smoked malt using Goose Island Bourbon County Stout barrel staves on location at Hagen’s. By now you know that the beer’s namesake is Casimir Pulaski. Named after the Polish soldier who once saved George Washington’s life in the Revolutionary War. Pulaski Road is also a major north-south thoroughfare in the city running from the far south burbs in Matteson all the way up to Wilmette. For the Casimir Launch Party this wonderful ale was paired with smoked salmon, pierogies, kielbasa w/ cherry sauerkraut and an assortment of awesome treats courtesy of Hagen’s Fish Market. 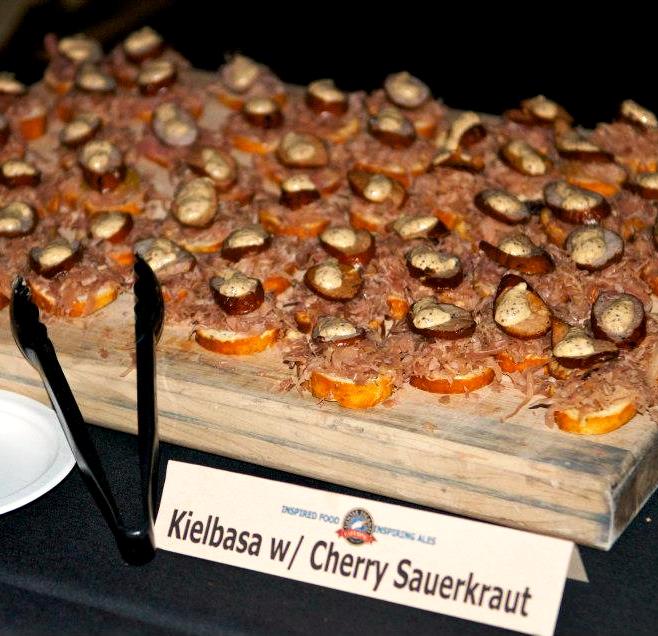 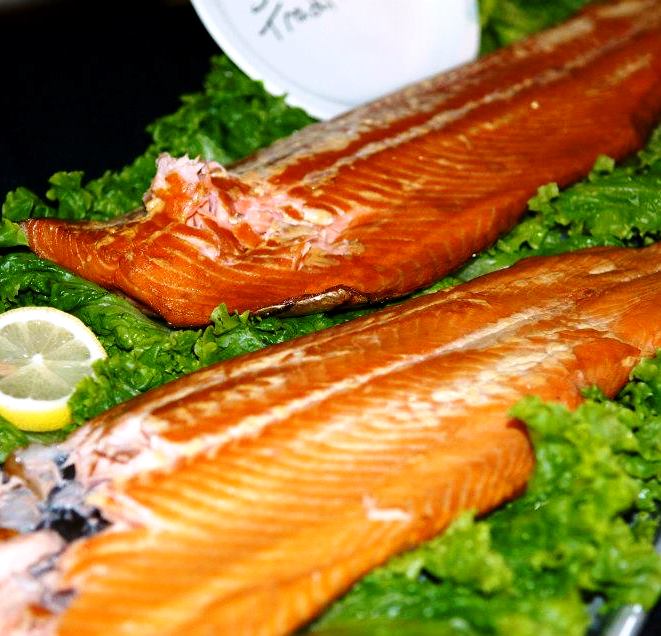 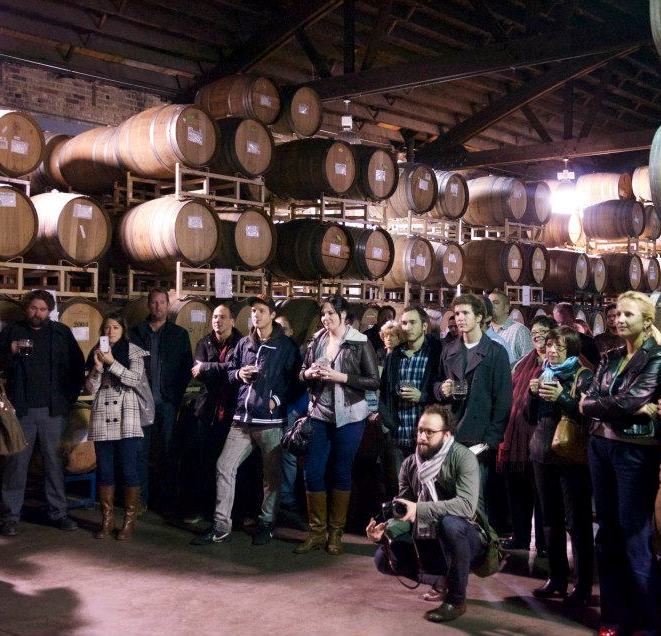 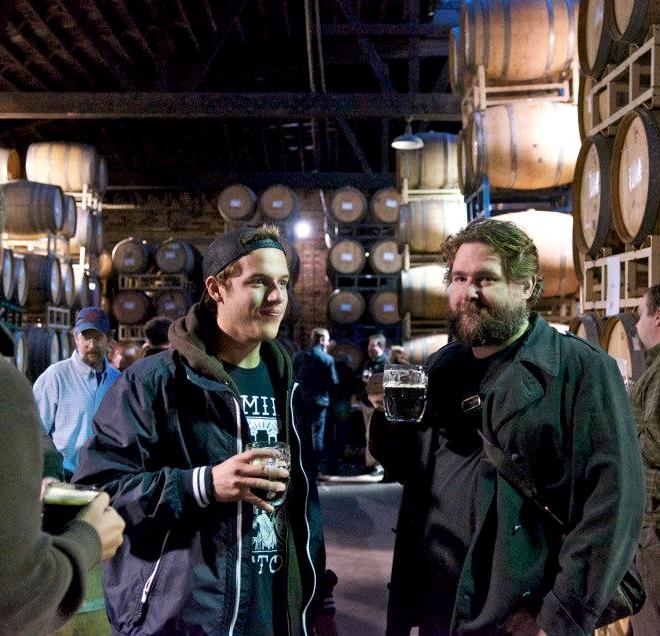 dimpled mug glasses were the preferred vessel of the evening 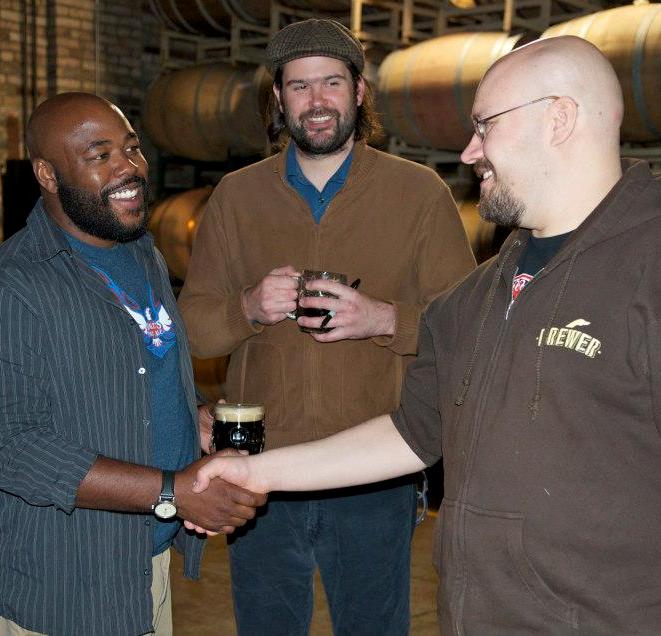 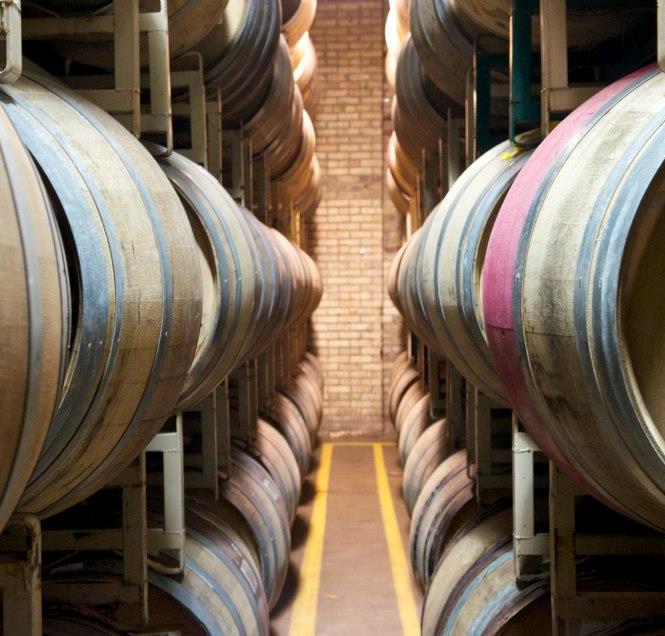 the intersection of brewing & innovation the GI Barrel Showcase room