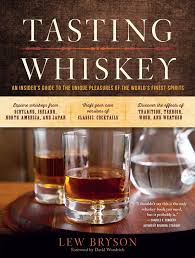 Whiskey is enjoying a huge surge in popularity. Market growth is coming from all segments of the population, including millennials upgrading from craft beers and wine, baby boomers revisiting the drink of their youth, international consumers trying whiskey for the first time, and even affluent urbanites buying bottles as investments. No other spirit inspires as much passion as whiskey, and there’s no better guide to the world’s favorite spirit — be it in the form of Scotch, bourbon, Irish, Canadian, Japanese, or craft — than Tasting Whiskey, written by Whisky Advocate managing editor Lew Bryson.

Lew Bryson is the managing editor of Whisky Advocate, where he is also a feature writer and columnist. He frequently presents tastings and lectures on whiskey and has written several books on craft beer. He lives in Newtown, Pennsylvania.