“Solidarity” American Craft Beer Tasting Event at Timothy O’Toole’s Pubs Eight American craft breweries will come together on Saturday, March 31 in an act of sudsy solidarity. This one day affair will raise a glass to the revolution of independent and artisan beer makers, as well as celebrate the second anniversary of Stone Brewing Co., who successfully launched their beers in Chicago on April 1, 2010.

This unique tasting event is taking place at both of Timothy O’Toole’s Pubs’ outposts (Chicago and Gurnee). Starting at 11 a.m., the breweries will take over the taps, offering patrons over 50 beers to choose from (including many rare, limited edition brews). Choose your preferred location and stay all day with the $15 “venue” package, which includes includes 5 craft beer samples and a keepsake glass. Or, upgrade to the $50 “hardcore” package which includes round-trip bus transportation between the two locations, unlimited food buffet, 10 craft beer samples and a keepsake glass.

Brewmasters and brand representatives will be on hand to meet and mingle.

A few of the beers available include 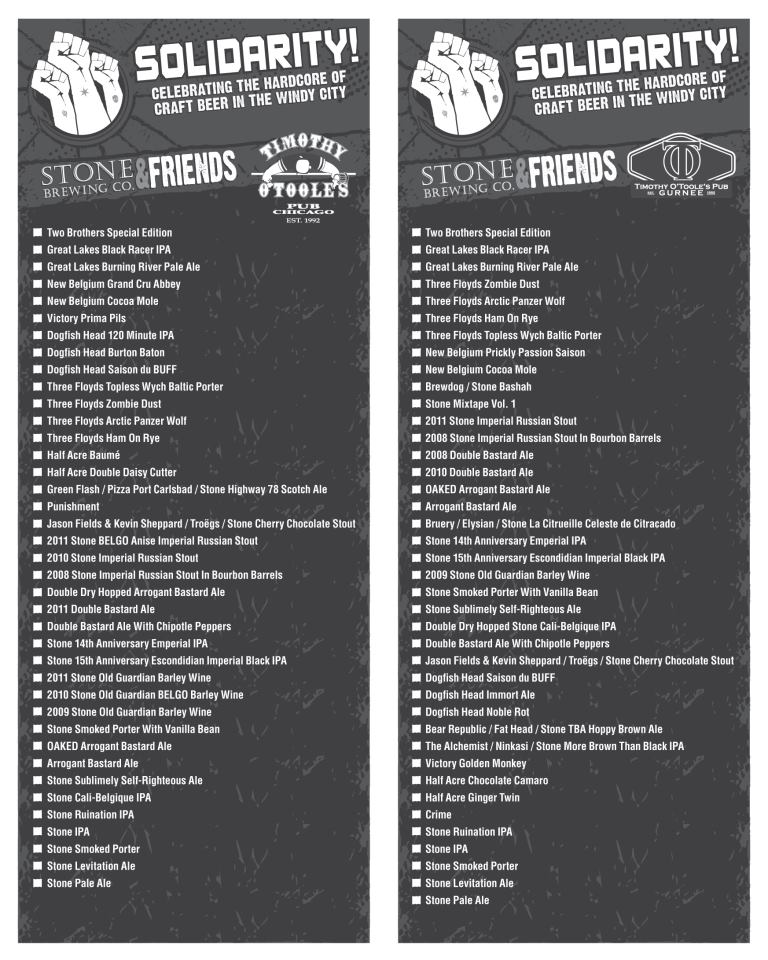